Apx 5 years ago when I started this hobby, one of the first ‘second hand’ Tamiya’s I bought was the F-150 race truck. I love trucks, desert racing and the red/white/blue livery. One of the best Tamiya’s IMO. But when I received my build F-150 from a local auction site I was completely disappointed. A very plastic, toyish looking truck. I just sold it right away and started to build a hard body (blackfoot) TA-02 instead with similar livery. Now, some years later I know why it looked so bad: a very very thin coat of white with no back up. On lexan I really don’t like that combo, it looks like plastic. Also, some decals weren’t in the right place and curling, and there were white plastic rims mounted. Just a bad lexan build so to say.


Since I learned a lot of treating lexan on TC I thought it was time to take revanche when I saw another one on the local auction site for only 50 euros. Including ball bearings, servo and a no limit esc, driven once or twice! My best bargain so far. So I started a complete make-over: silver and black to back up the white, renewed some of the decals and than added some extras: interior and cut-out windows. And air fans, and a bullbar, and a clear coat with matt on the outside, and another touch to the back and different wheels to match the spare-wheel…. I got really wild to the limits of my skills ;-) But it is still al lightwheight runner that can take some jumps and rolls (wich these trucks tend to… ;-) )


The only plan I have left for it is light wheatering with a Tamiya wheatering kit like on my Golf Dakar. But since I don’t know how that will come out on the matt paint I thought I should take static pics first…. Oh yeah, and after the wheathering some action pics on sand ofcourse :-) 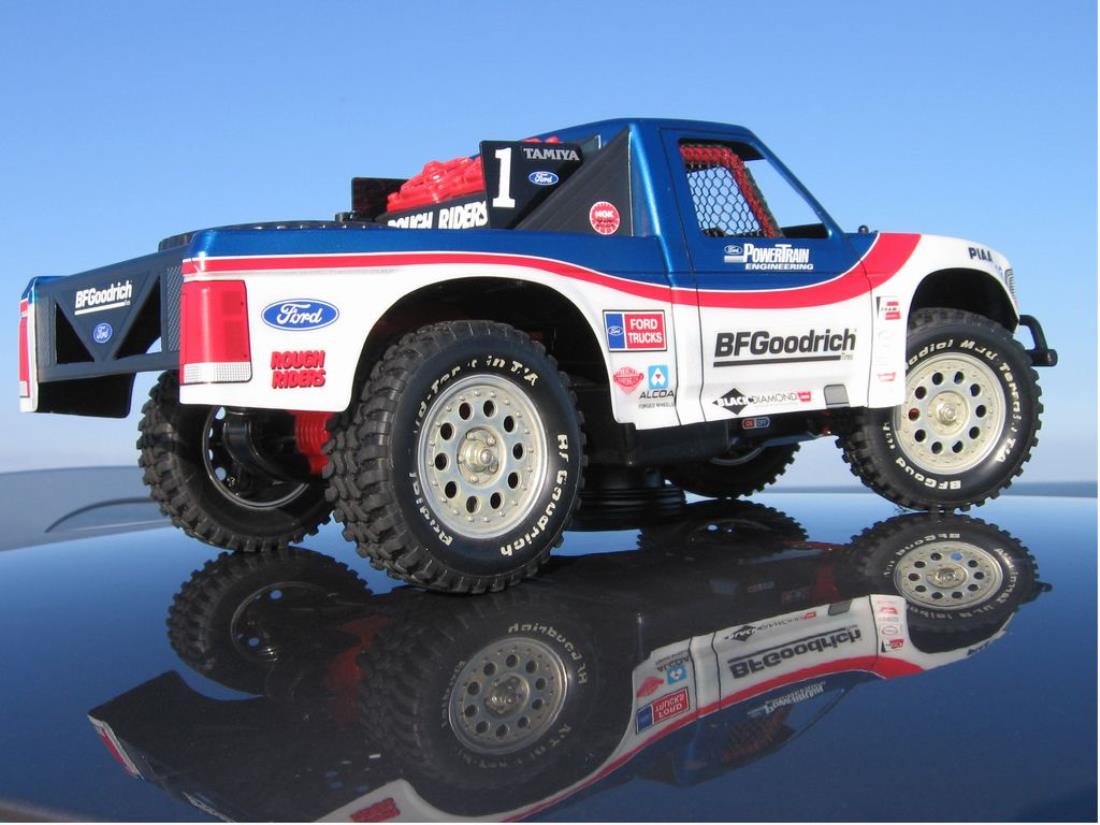 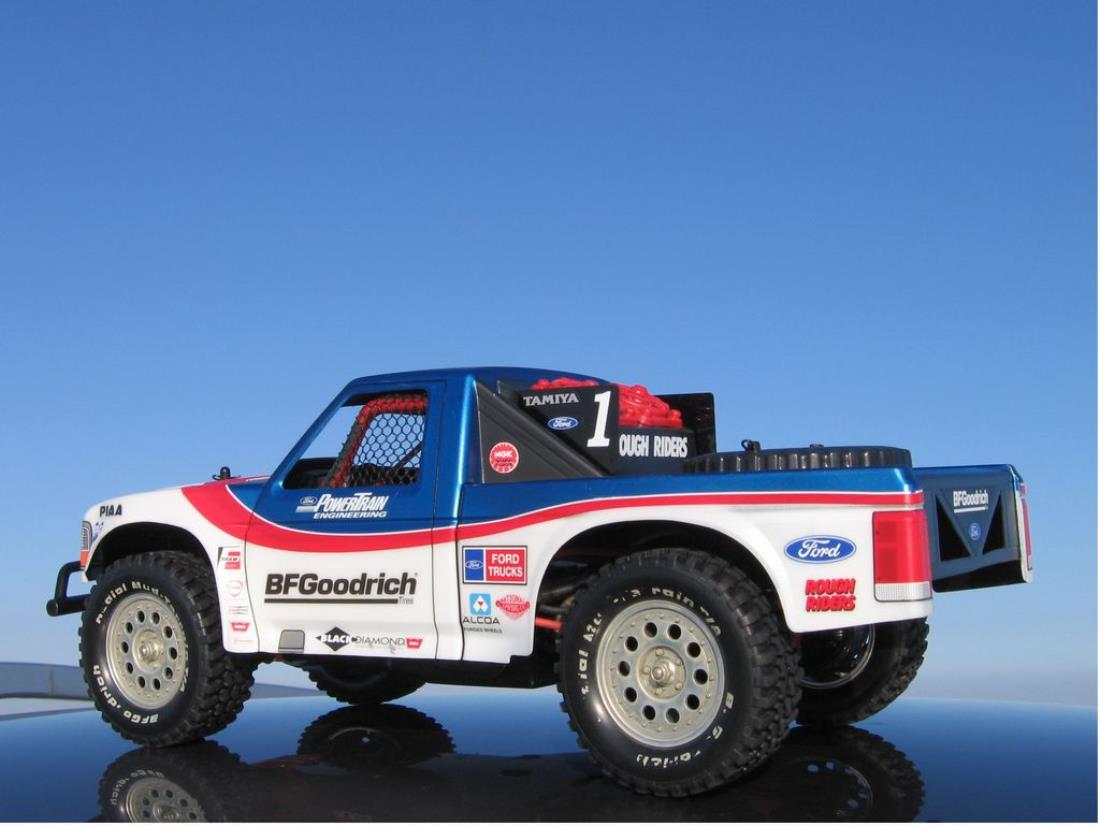 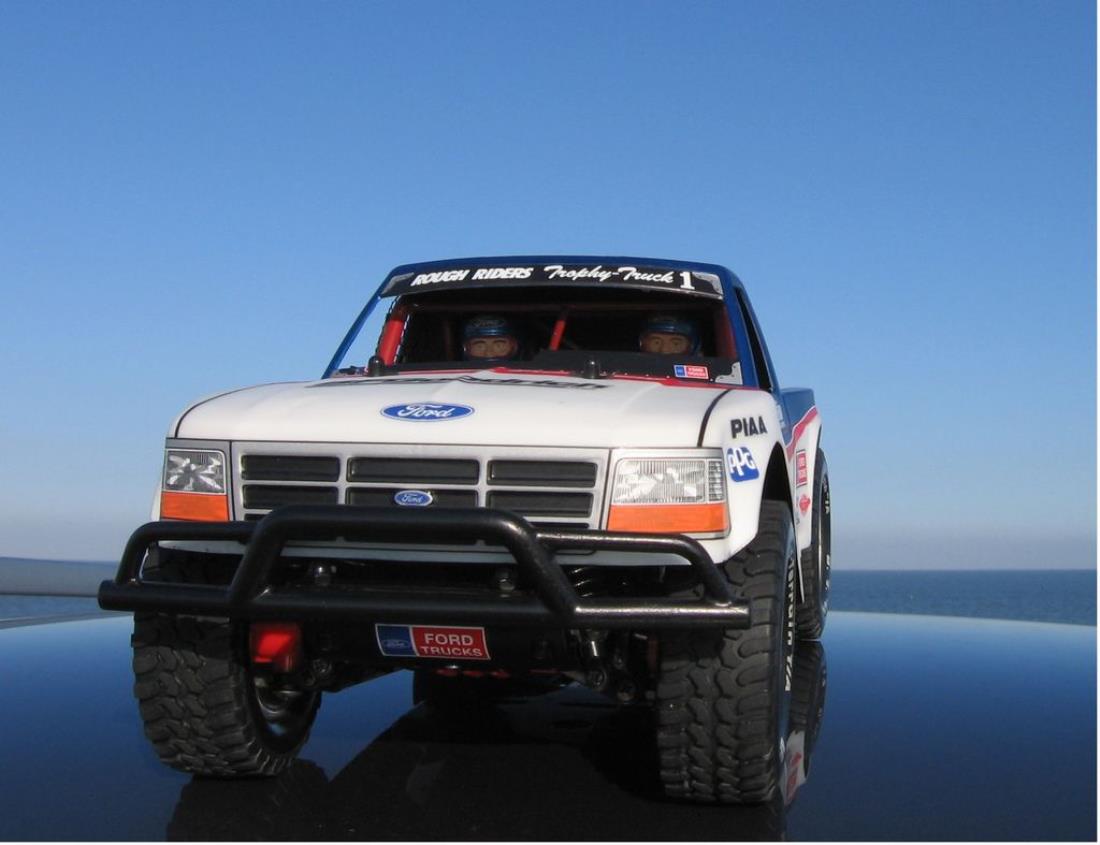 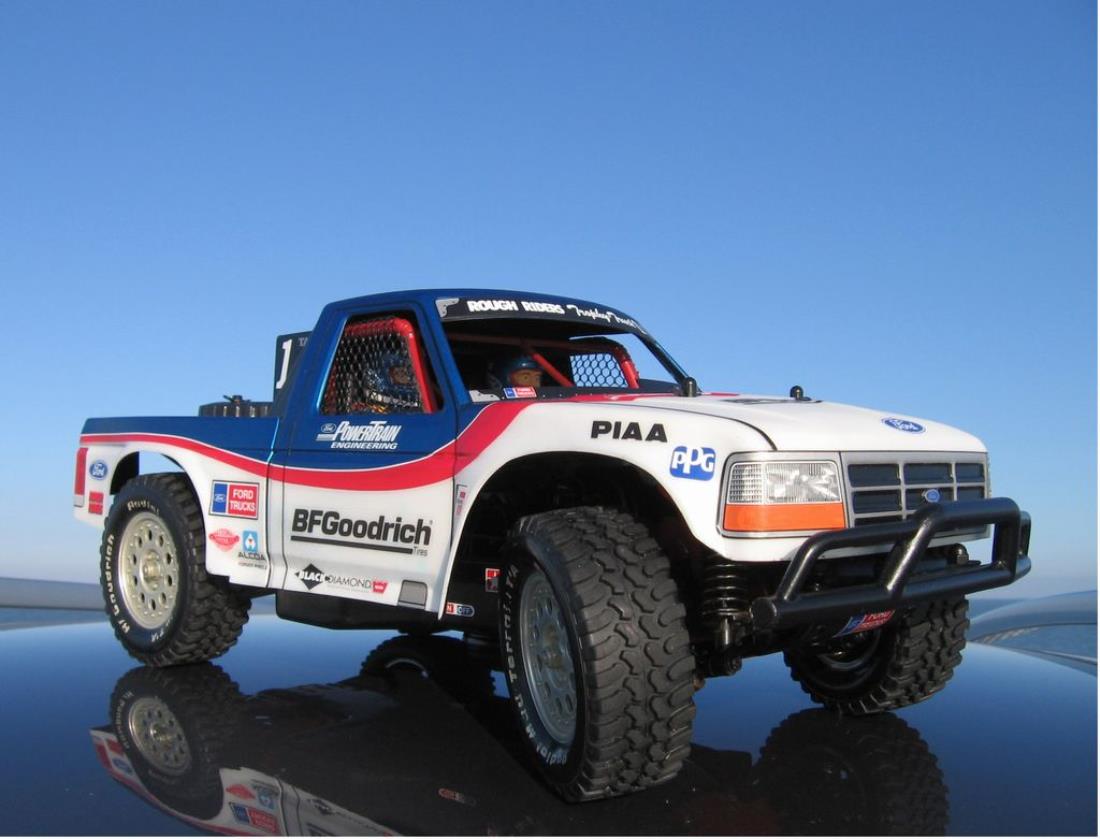 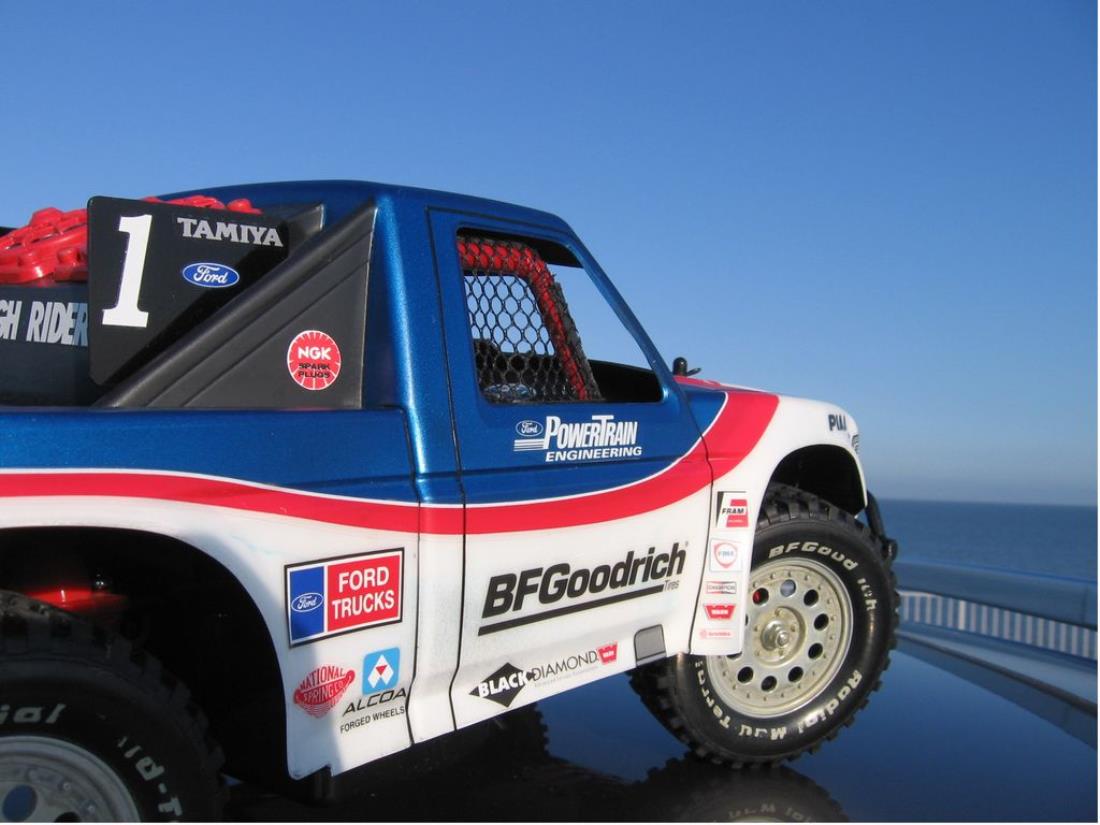 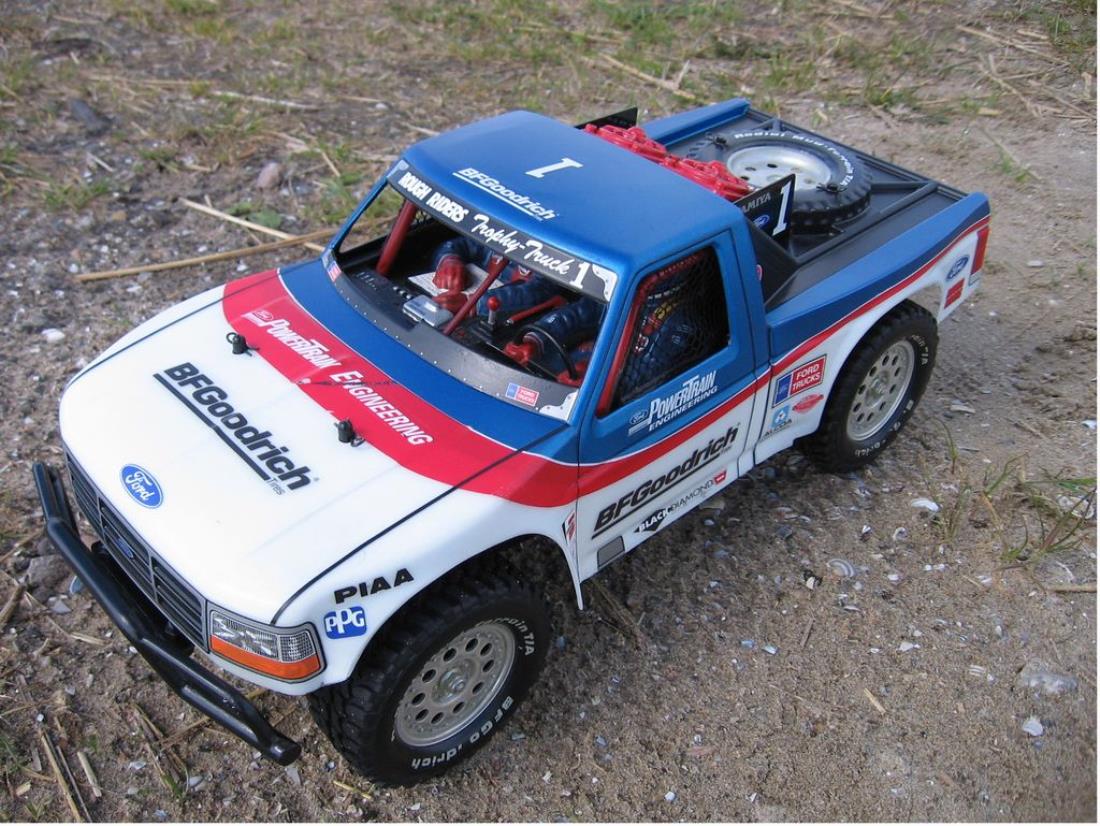 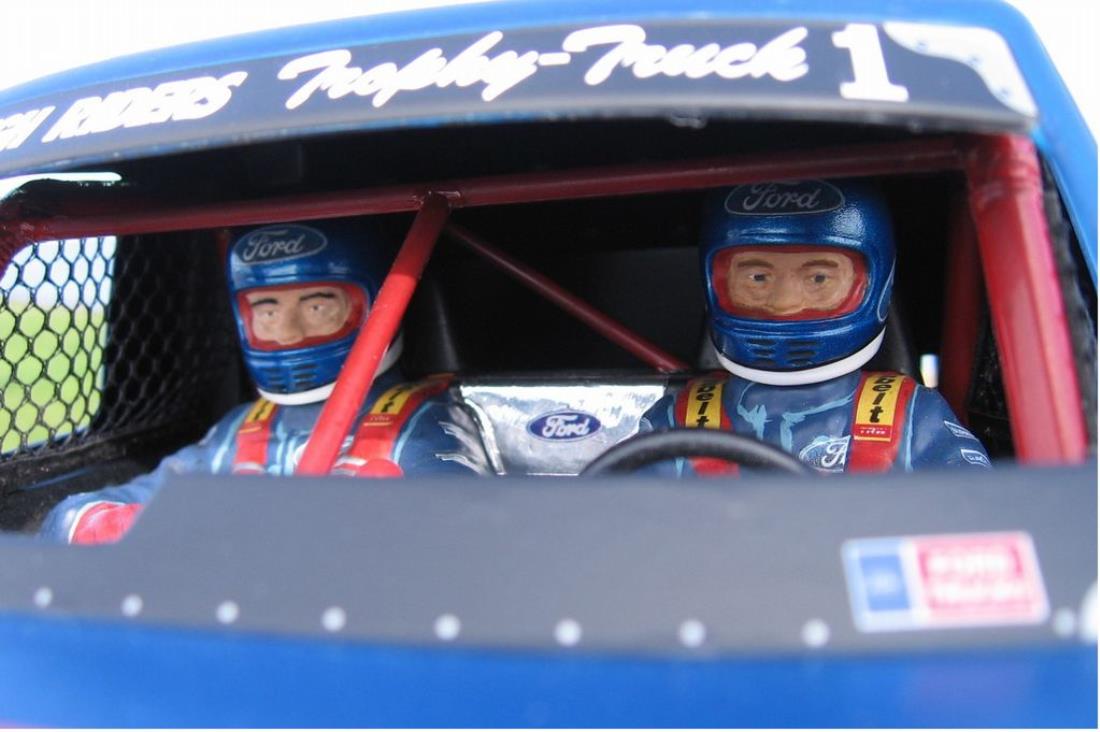 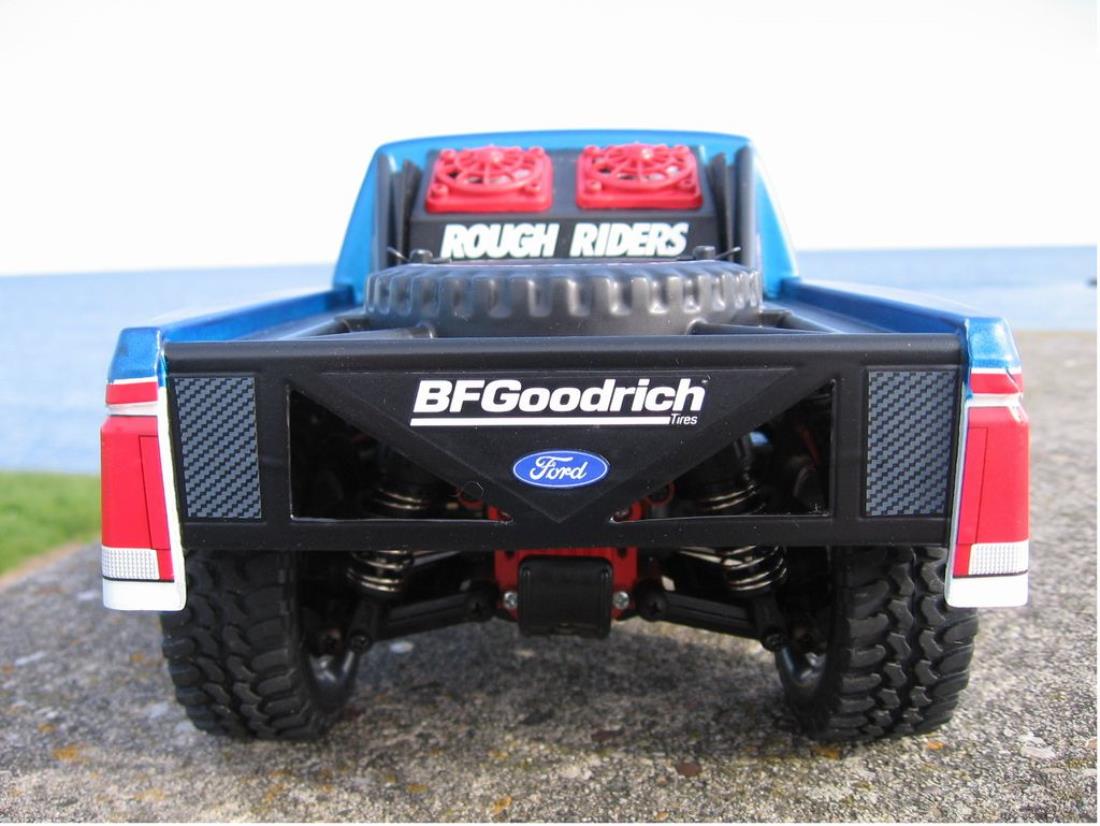 -standard back is a bit plain 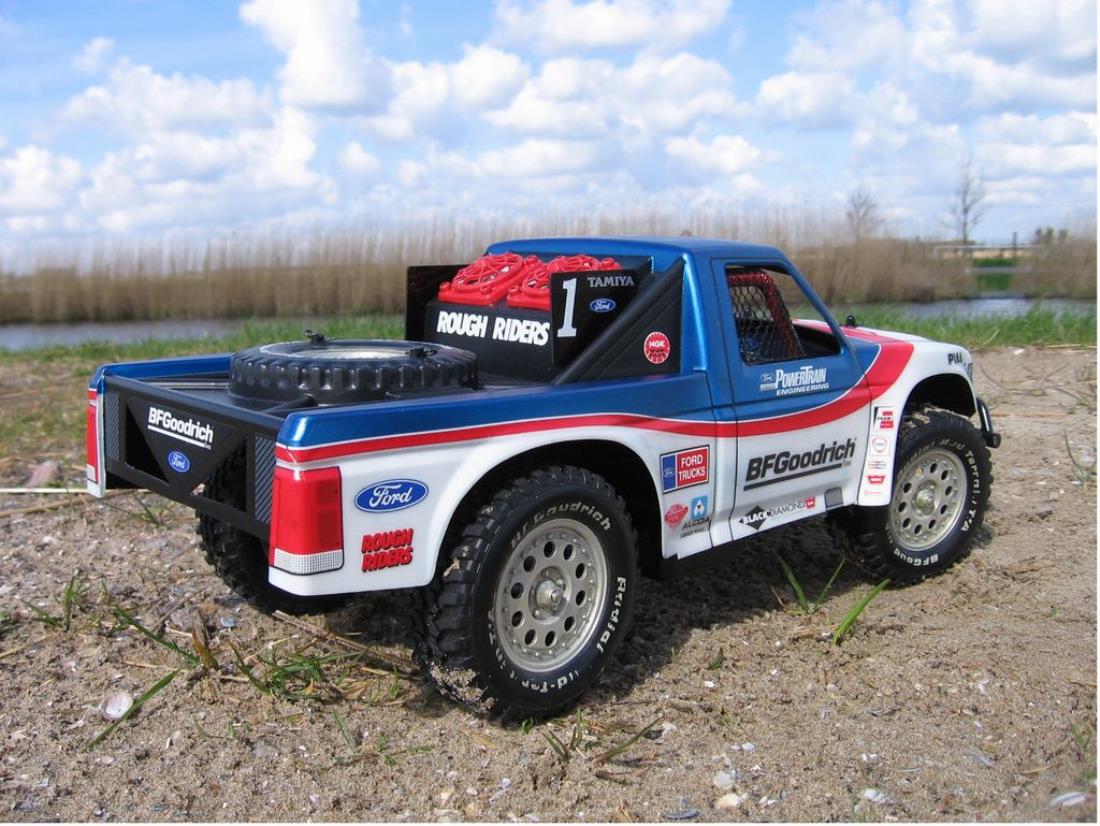 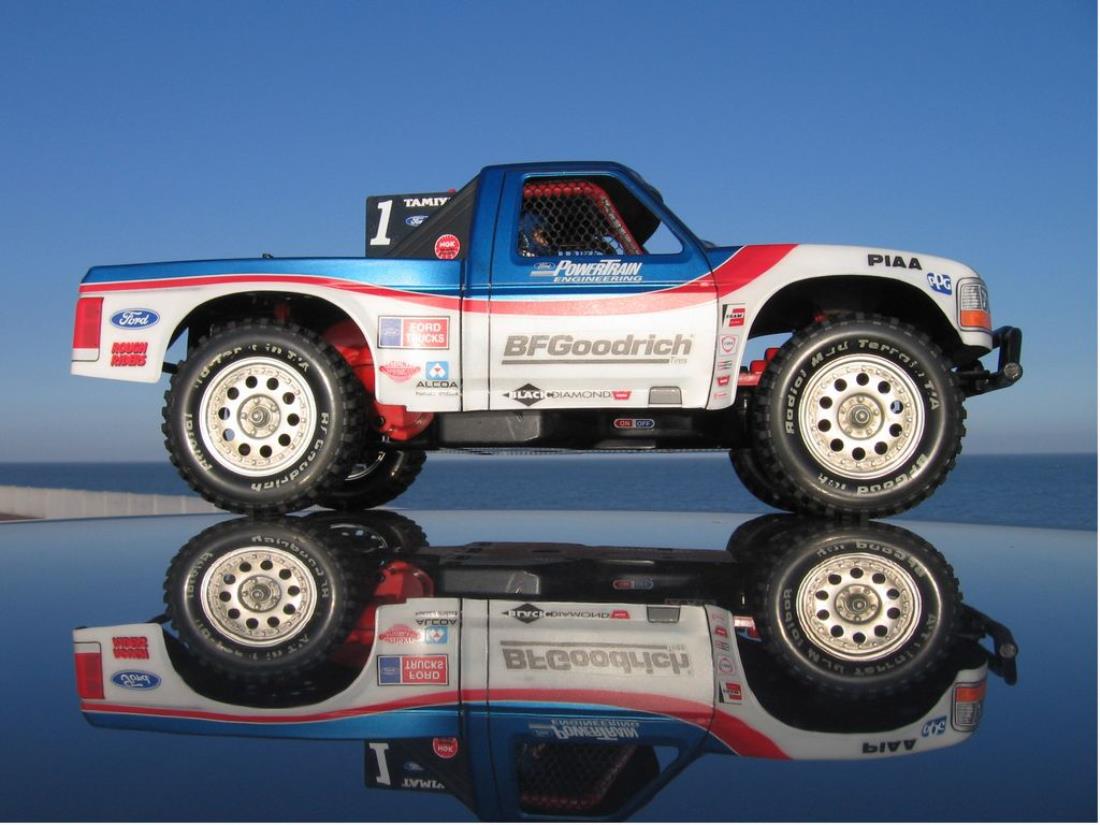 but it is matt paint, looks like metallic though

If you liked those pictures, you should see these...
My latest project: F-150

Man, this looks really good! Those wheels belong on this truck

I agree with your thoughts on Lexan; It takes some work to get them to look right, but they can be very attractive & scale when done correctly.

Very nice and great shots too!!
Great detail and finish especially in the cab!
Nice one bud.

@pastimesteve: the wheels are Tamiya Lancia rally, but only the front wheels. The Lancia 037 has different rear and fornt wheels. [Click here]

This one looks great, nice work on the interior, like the cooling fins behind the cab too. O and last but not least, with those wheels that truck looks awesome.
Nice pics too, the last one is my favorit witht the great reflection wow.

Great mods to the shell, nice work.. Lots better than the original...

wow great looking truck, these look so much better with the extra detailing