Spotted on ebay (where else?!) and snapped up for just £16, this is the newest addition to my growing collection. Its been lightly modded by myself to the tune of: I wanted to put the wheels this originally came with on my Camper Van as they were Porsche Fuch's, so I started by taking the wheels off to swap over on the front axle, only to find that the axles were different due to the wheels being deeper where they mount. So in the end, I just swapped the two axles around and moved onto the rear. Again, I assumed (incorrectly!) that they would be a straight swap, but no, even though both vehicles use the same chassis as they are both made by Maisto, the gearboxes are different, the campervan one being wider. In the end, I just swapped the chassis over, however this caused issues on the Beetle, as the rear gearbox was wider, and this caused the wheels to catch on the body. I used some aluminium rod and some longer screws where the body mounts, and hey presto, no chafing!!! Then whilst messing around in the kitchen in the dark, making the most of the lights, I noticed that there were no tail lights as they had put them in the engine bay! So I have now changed that by putting green LEDs in the engine bay, and adding some new red LEDs into the tail lights. I've also added a few choice stickers and made some exhaust pipes and its about done for now. Thanks for looking! 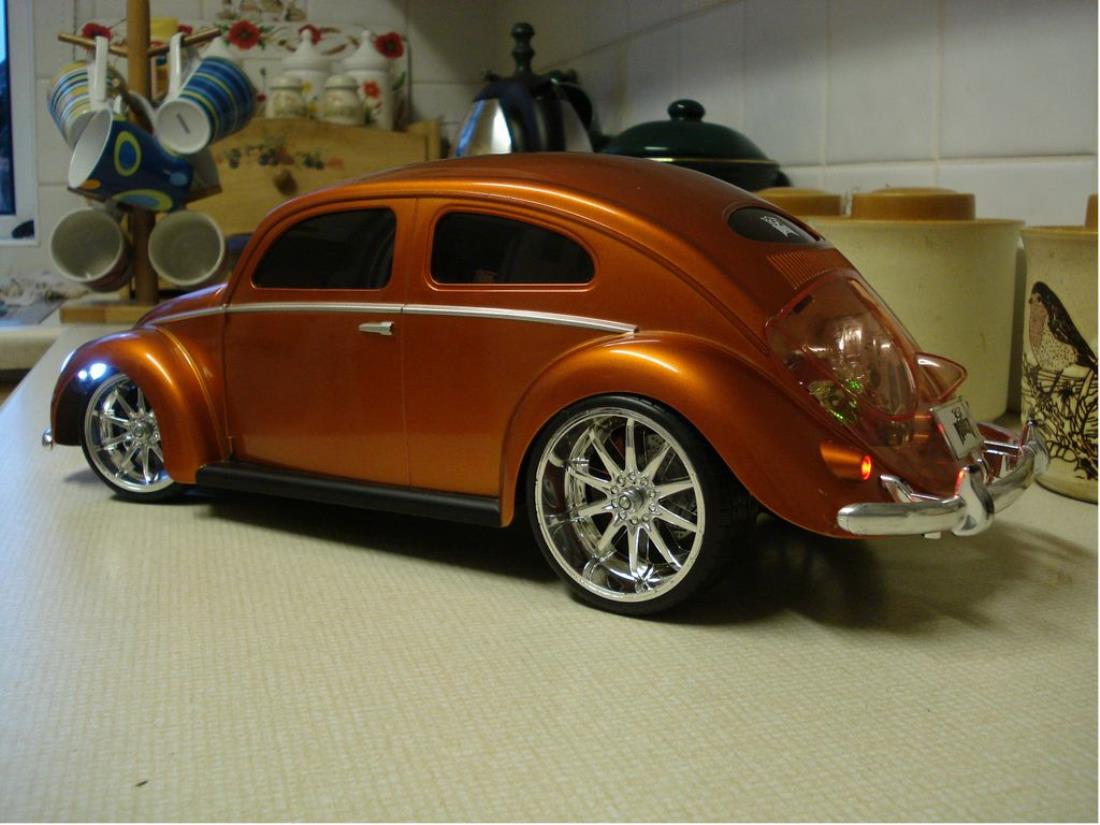 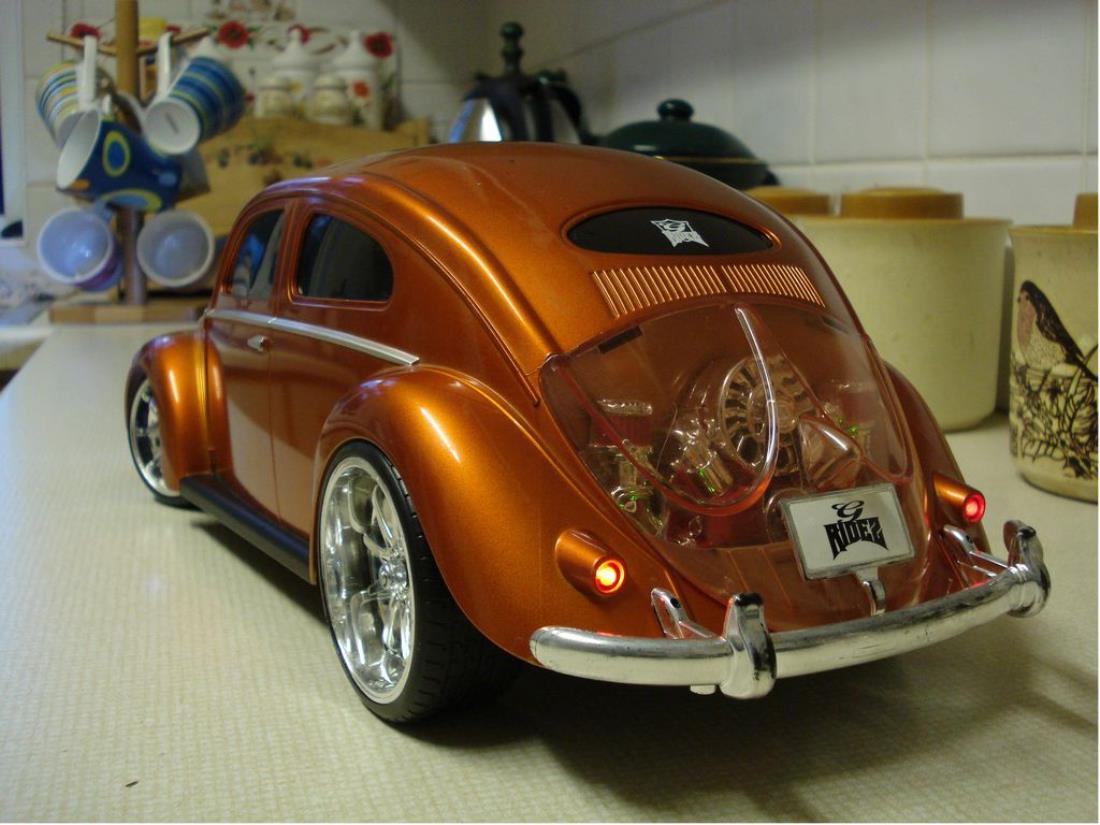 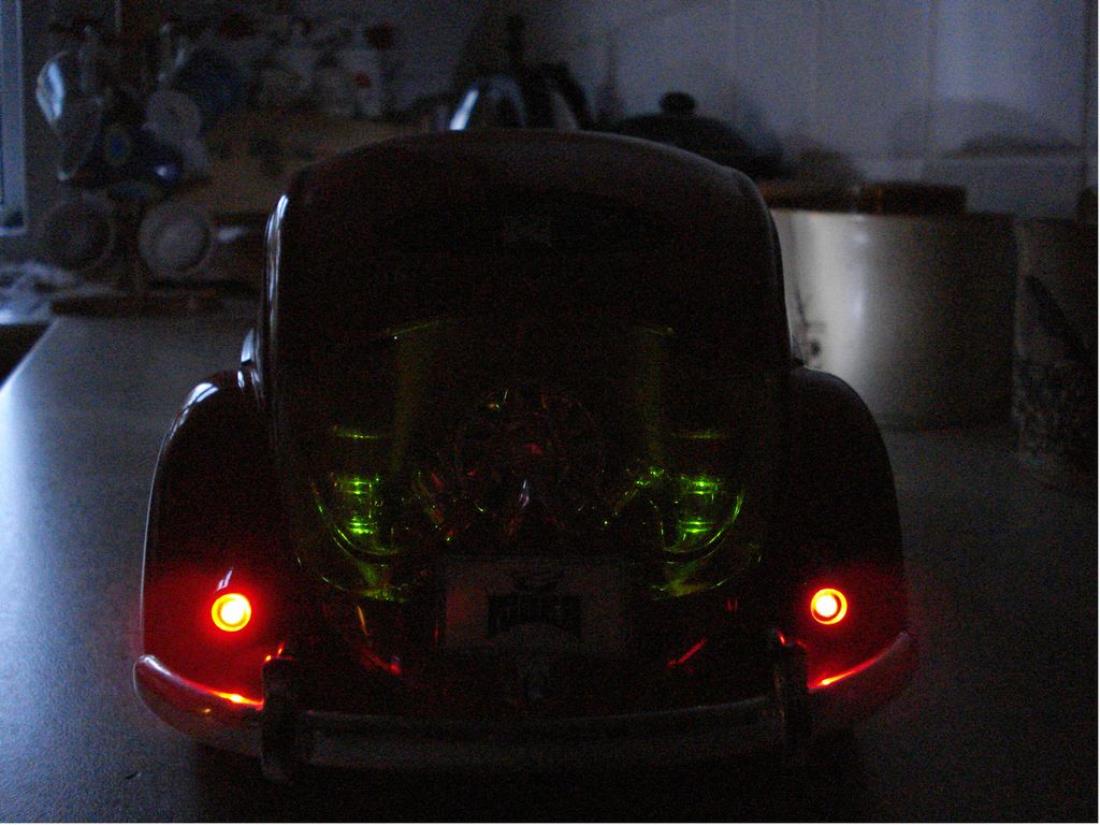 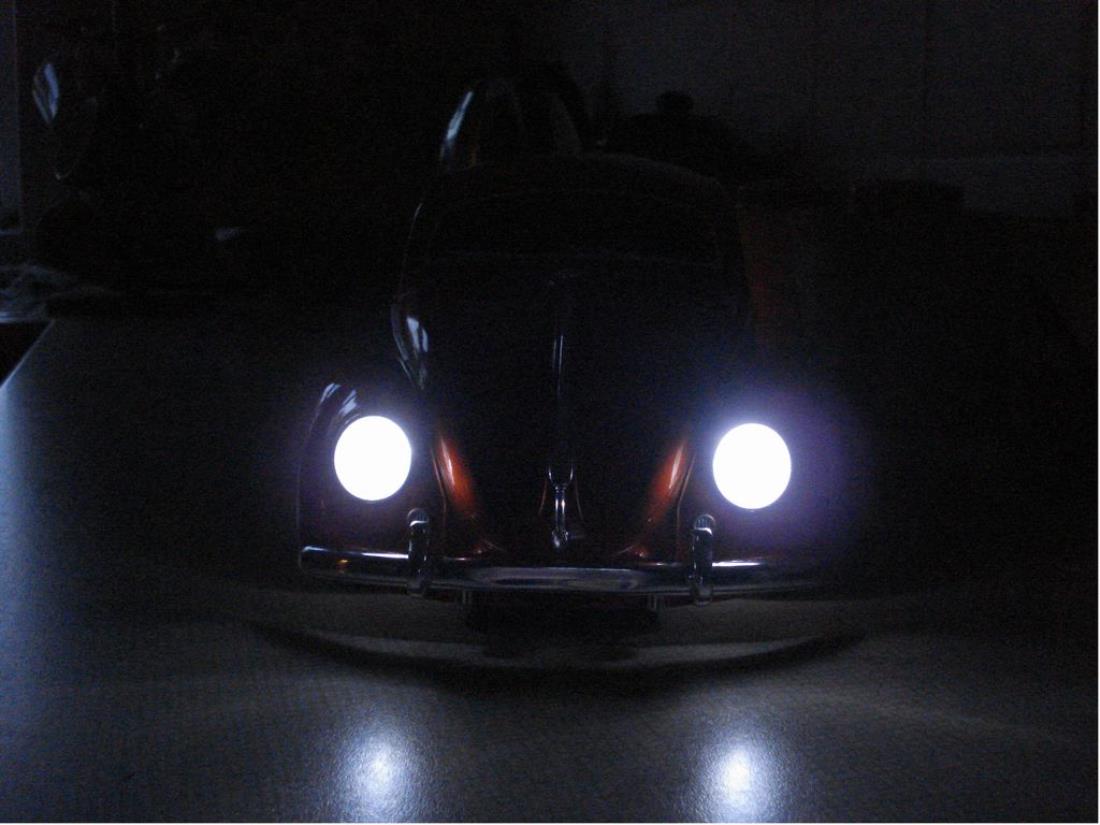 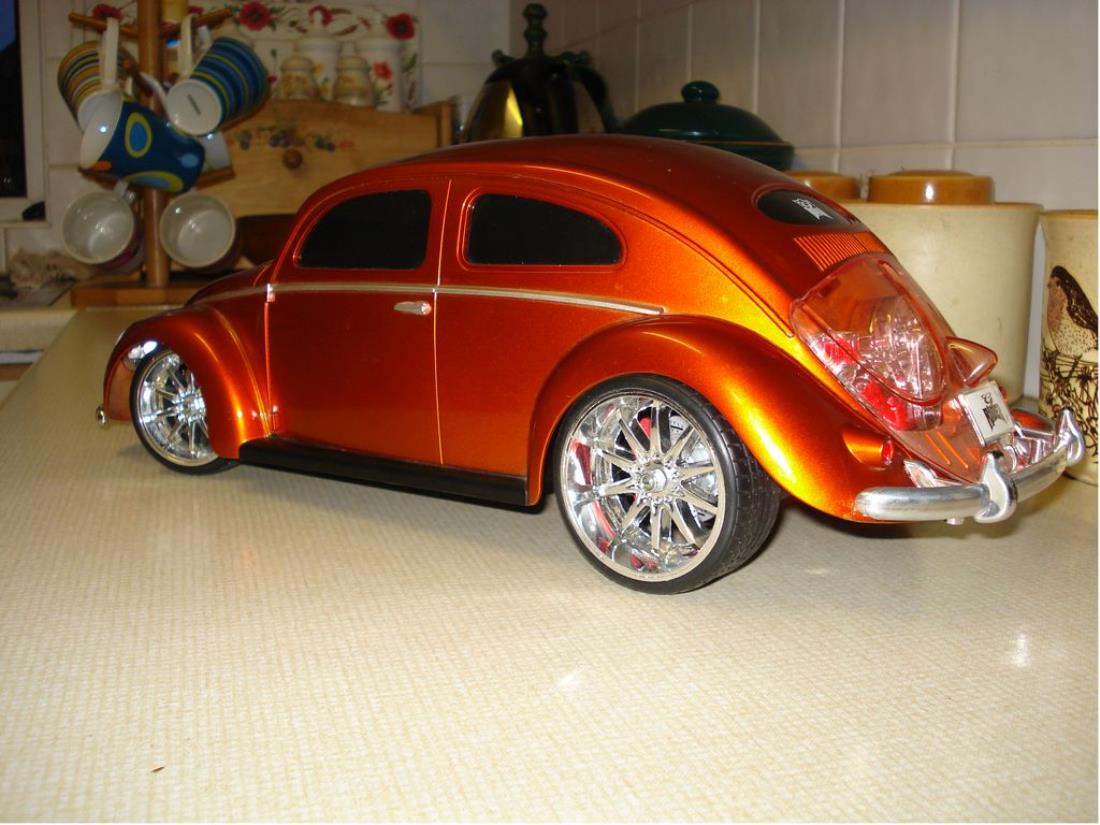 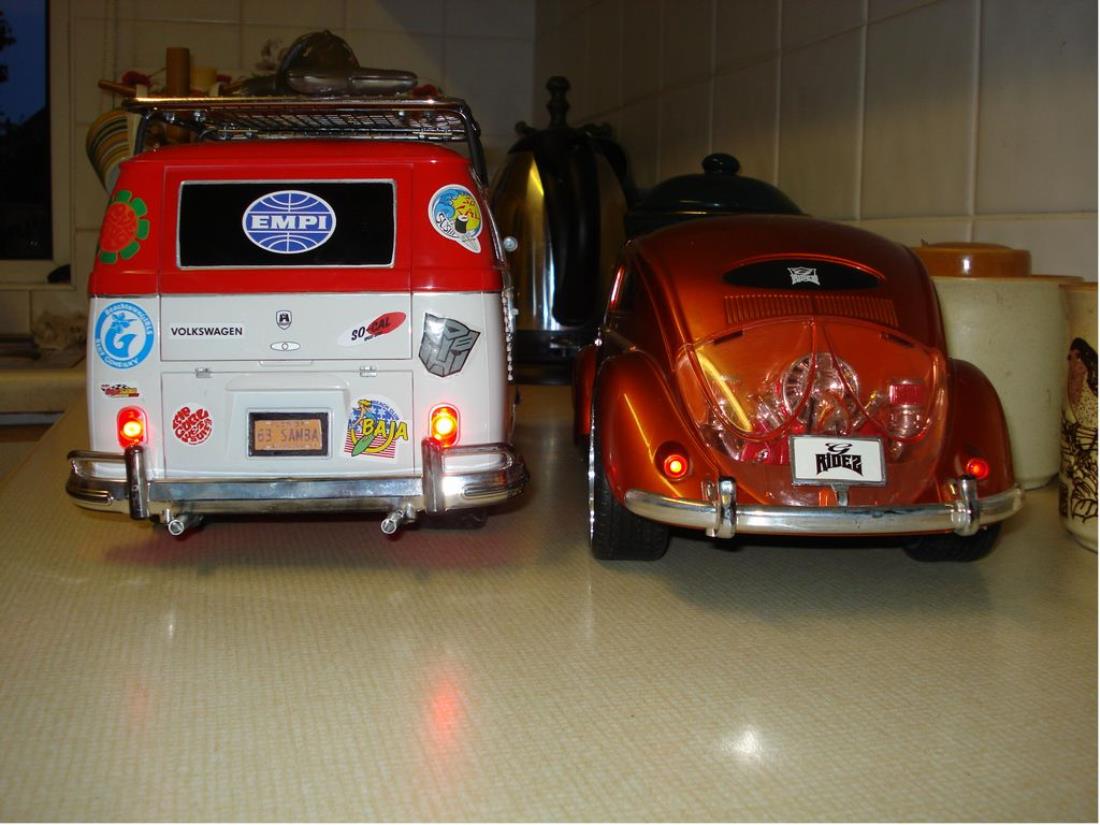 With my Campervan on Fuch's 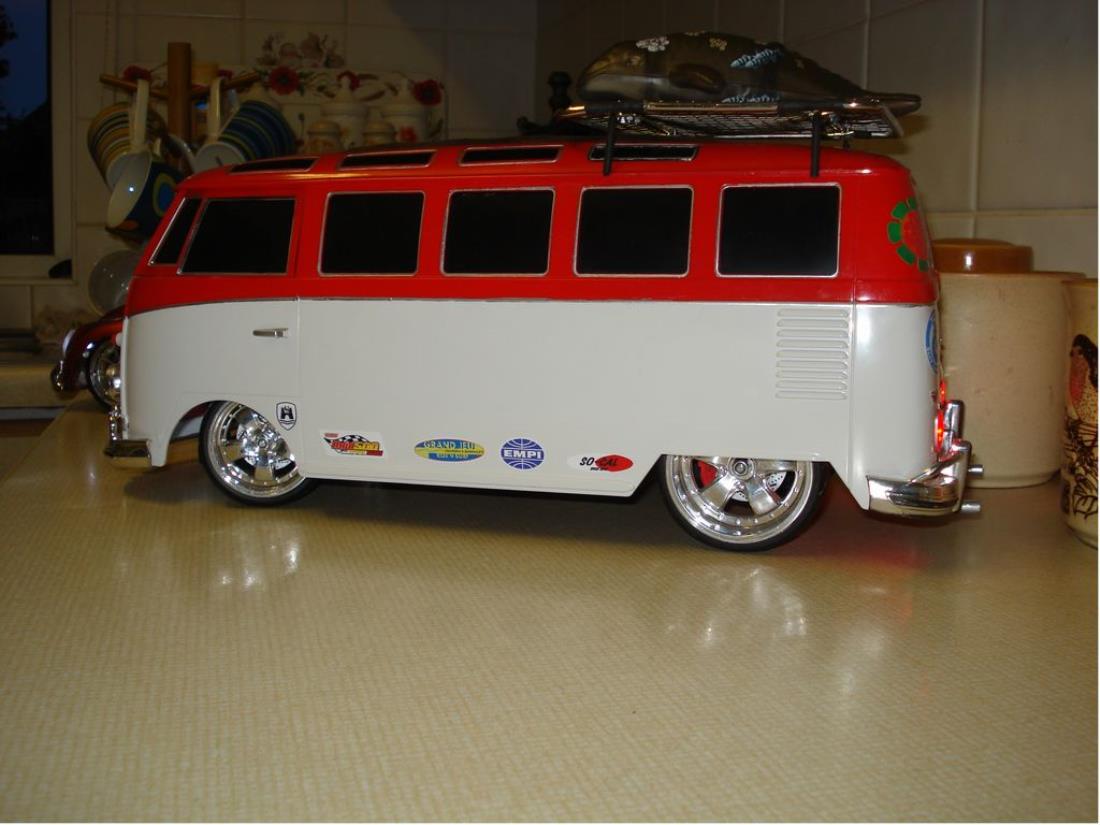 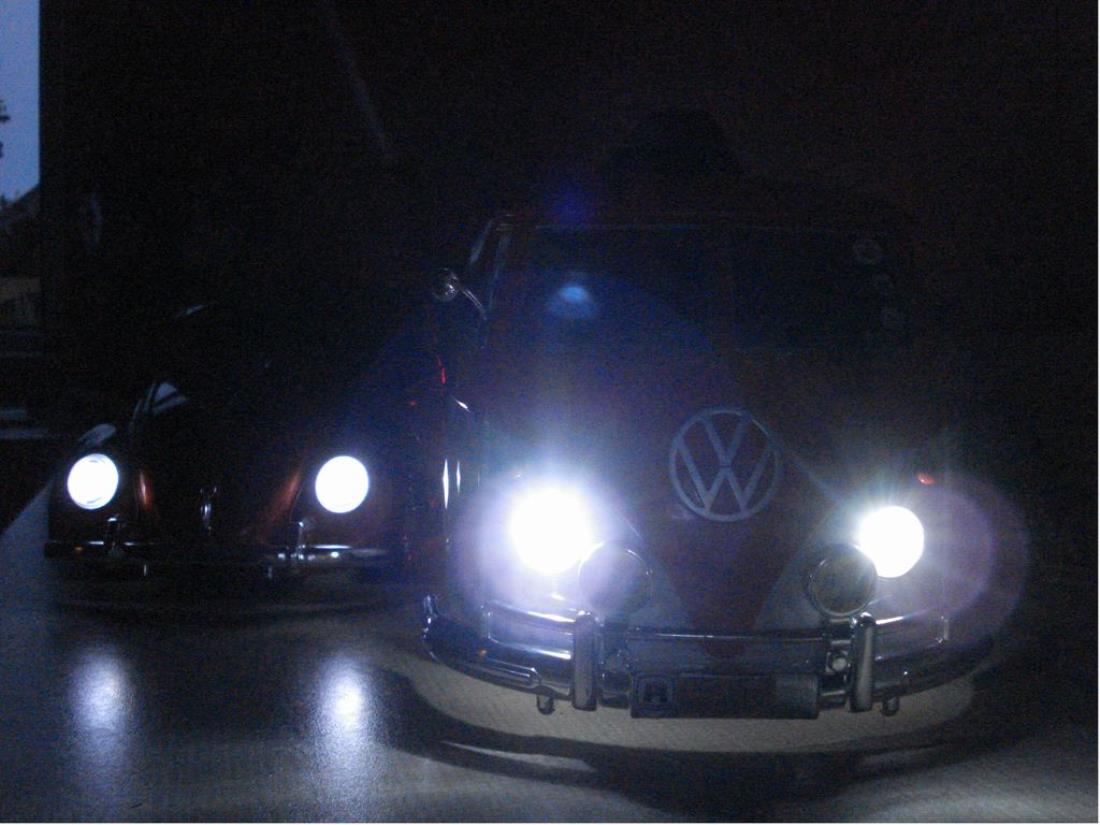 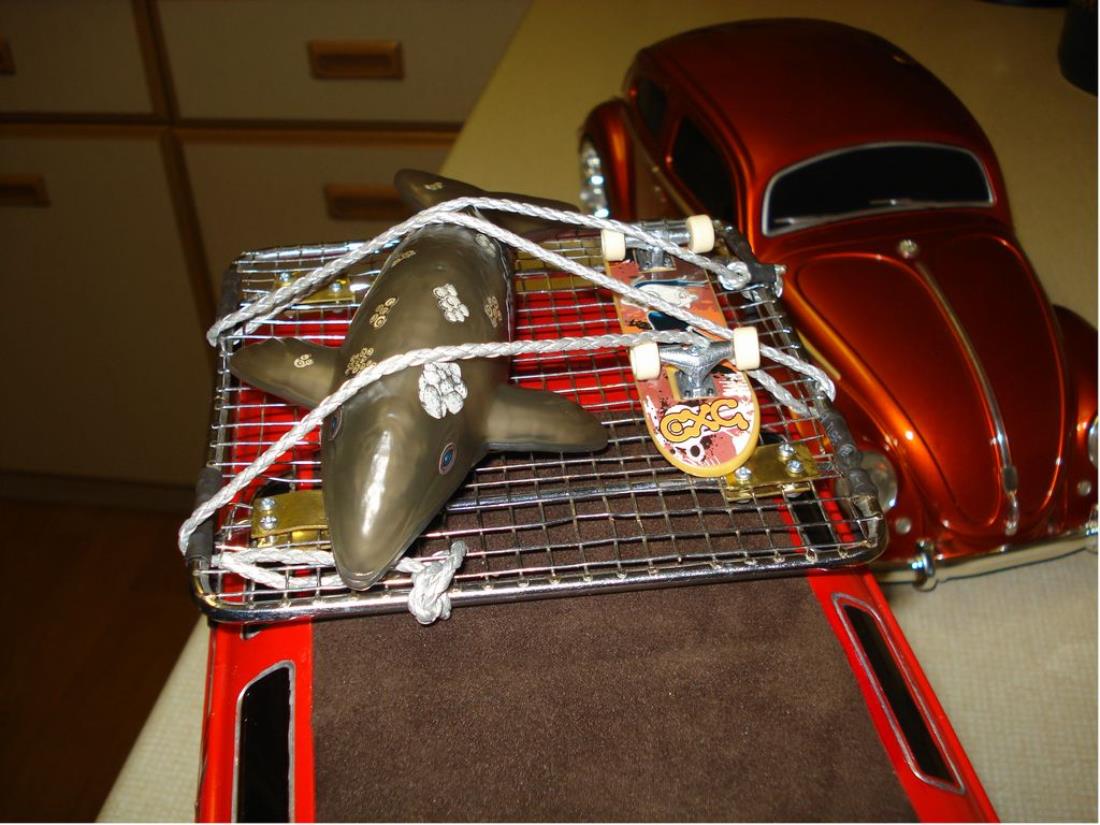 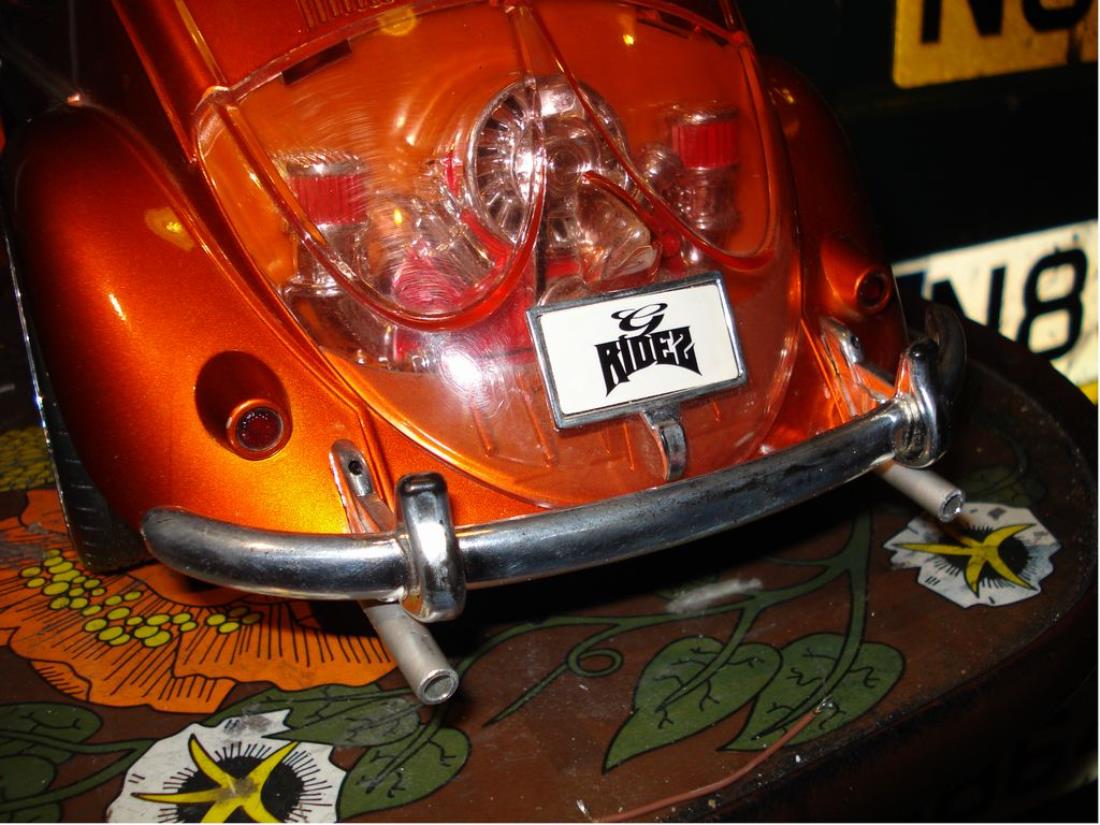 If you liked those pictures, you should see these...
UPDATE! Maisto Camper Van!

Very cool! The bus and the Beetle look great together!

i had one of these a few years ago! its a great body

Cool cool cool - I just picked up one of these in a very pale green for $40NZ in good condition also. I would love the combi as well but have never spotted one down here in NZ. I will add a pick to my showroom one day.

I have the same body on an M04xL chassis. The maisto cars look great, not perfect scale but worth it for the engine detail. Nice work, I must get on and finish my one.