I have seen plenty of aircraft and high end car (KO Esprit/Sanwa Exzes) radios converted to 2.4GHz using DIY 'hack' modules, but not many 'vintage'-era car radios. One reason for this is to do the conversion, you need access to the PPM signal (the encoded stick positions) and to be able to disable the old 27 or 40MHz RF transmitter section. This is easily done on radios that use plug-in RF modules or have a separate PCB for the RF section, but most old car radios were at the cheap end of the scale and were on one PCB. This means you need to be able to work out the circuit to find the required connections.


You might ask why bother, when you can buy a new 2.4GHz system for the same price as a DIY module and receiver? This is a fair point, but the old models (and re-releases) always look better with period radios, and if you can modify one to 2.4GHz you can upgrade many models to 2.4GHz with one transmitter, without having to swap crystals round.


I started a thread in the 'All Things Electric' section of the forums, looking at my old radios to see if they were suitable to convert, and if so, to work out the circuits and where the connections need to go (I also found evidence that Acoms radios have been rebadged JR designs since at least the late 80s).


The radio I selected to convert is an Acoms Techniplus MkV, which is my favourite radio to use (also my favourite looking one as well). I looked at all the available 2.4GHz DIY modules and settled on the FrSky V8HT non-telemetry module.


The conversion required the aerial support on the top of the care removing, and the remaining plastic needed some strengthening. The recess for the crystal was also cut down, and used to mount the bind/status PCB of the FrSky module. Electrically, 2 tracks on the PCB needed to be cut to disable the 27MHz RF section, and the 3 connections from the FrSky module (V+, V- and the PPM signal) were soldered on.


I think it's a neat conversion that allows you to keep using your vintage radios with the convenience and safety features of modern 2.4GHz systems. 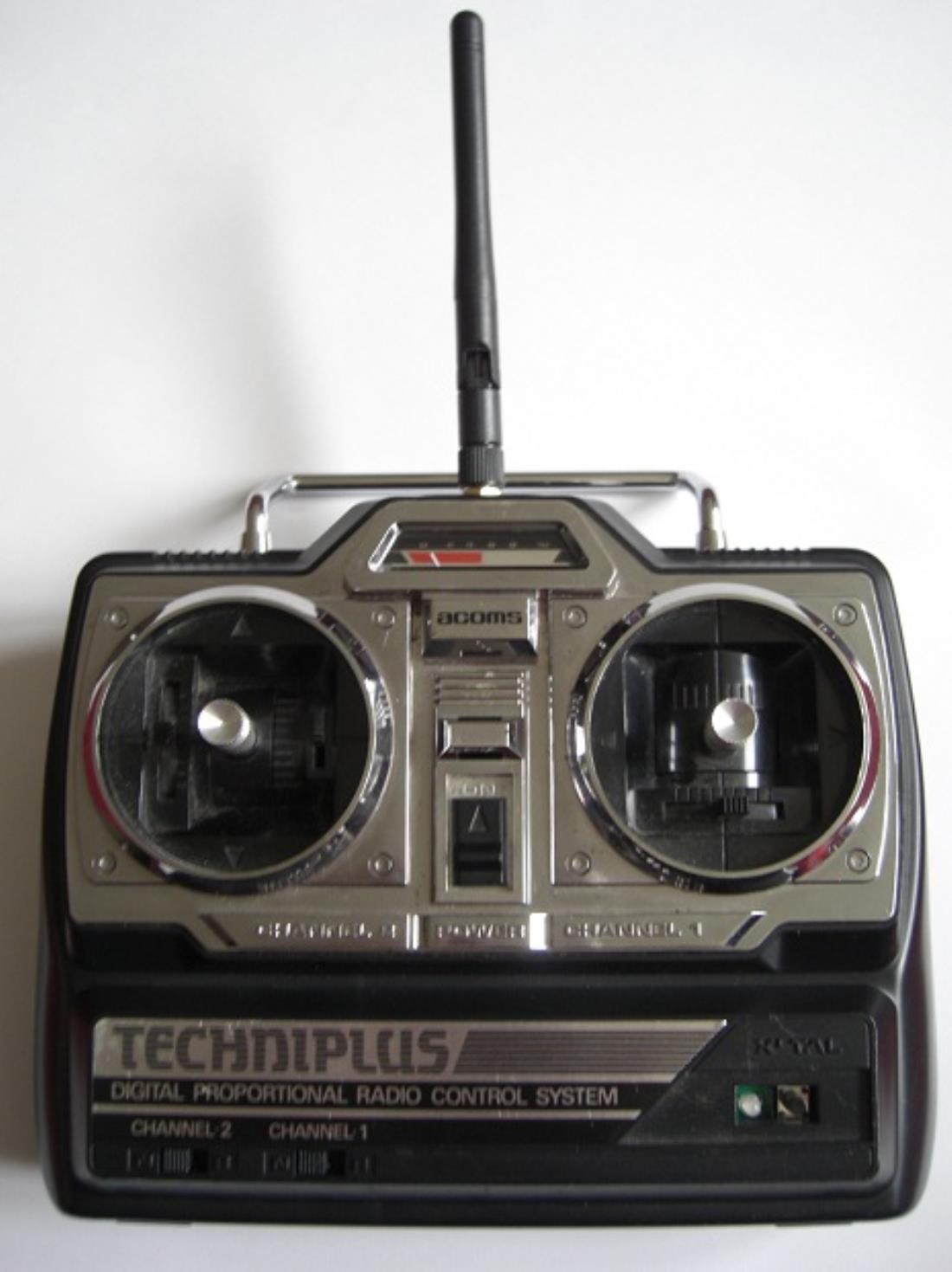 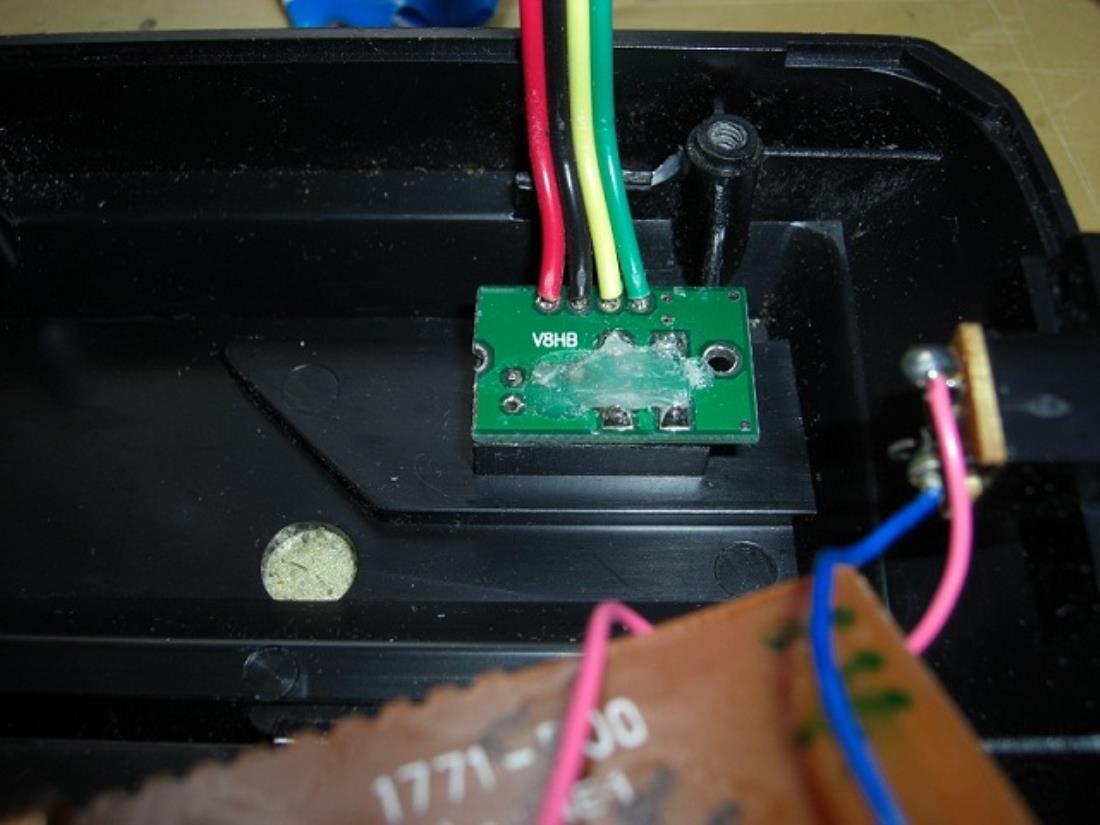 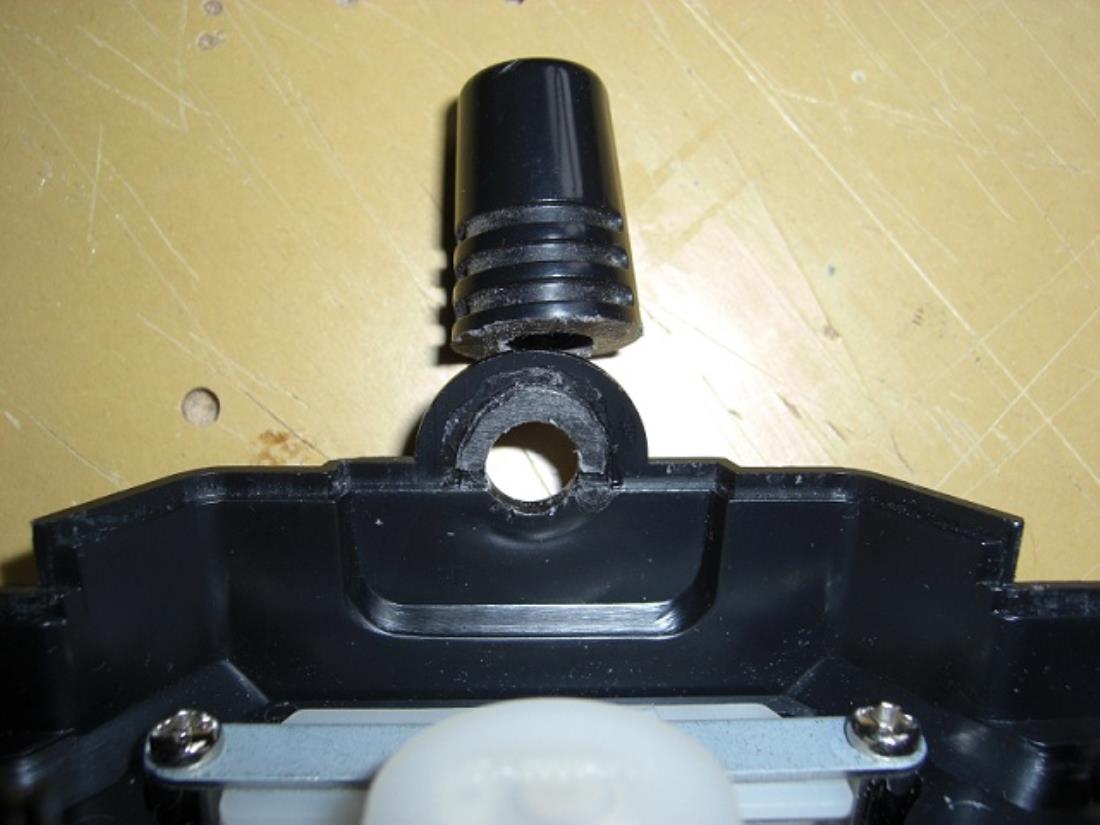 Cut down and strengthened aerial support 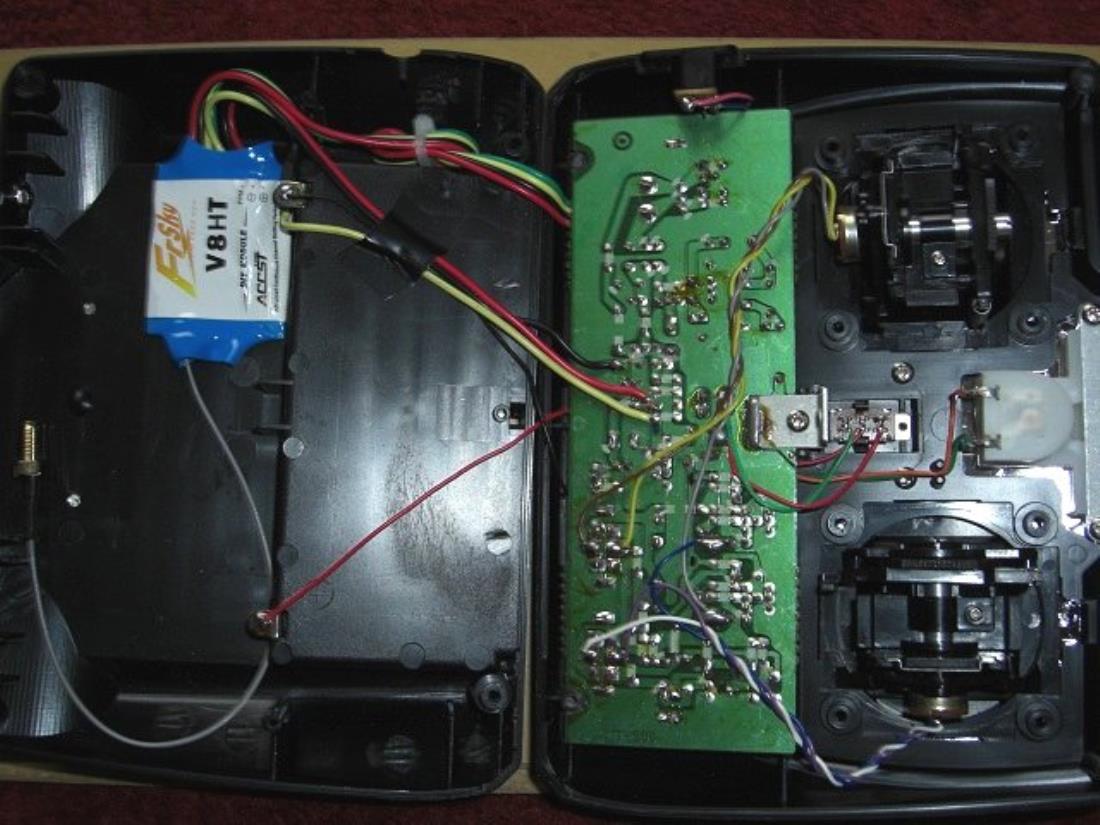 FrSky module mounted in rear half of the case 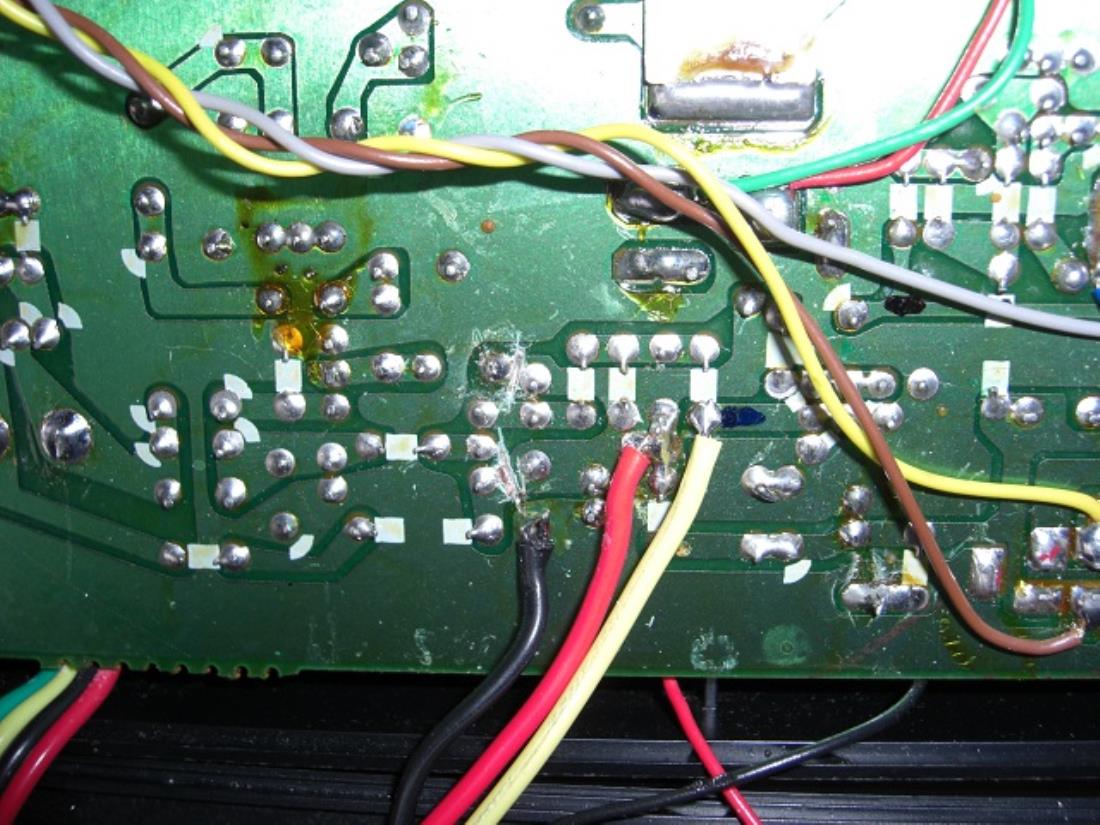 Wiring connections and cut tracks on the PCB 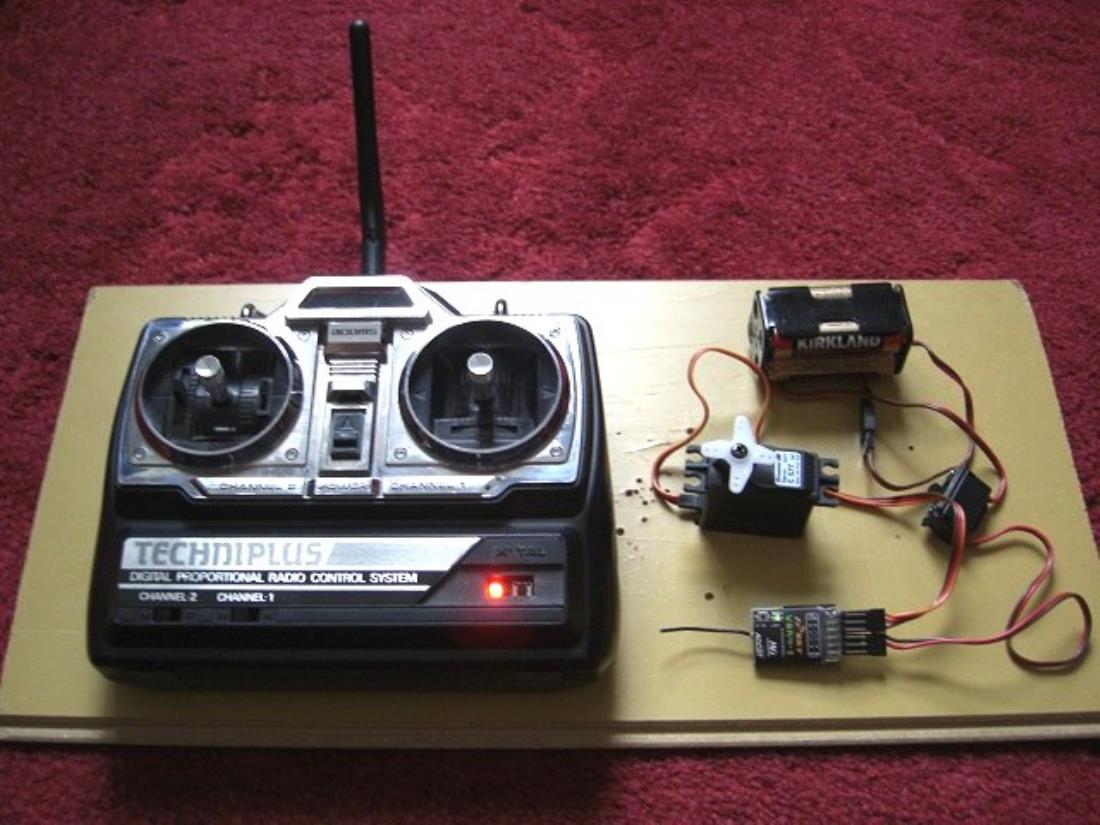 Thats a pretty cool conversion ! I have been thinking about doing a similar conversion.