I am a happy man writing these words as this week I corrected my biggest mistake since getting back into the hobby. In the 'good old days' of 2008, before the economic gloom - and in the time of two dollars to the UK pound - I bought this kit for what now seems a ridiculously low price of GBP320 all in, delivered to my door. For reasons though that I cannot even now remember I then sold it a couple of years later and I have regretted it ever since, especially since the price at most Japanese retailers is now at least double what I paid in 2008.

So I had basically given up on getting one for a good price anymore, especially since these Full Operation examples never ever come up on ebay. However a chance glimpse of RC Champ's website recently alerted me to the fact that they were offering it up at a discount price...and I just could not resist, so here we are. Again. :)

Of course I didn't get it for anywhere near the 2008 price but I am still happy. It came in at more or less the same as that which I forked out for the Bruiser, and considering how much stuff comes in this kit I am well happy because I figured that to buy all of this stuff separately would have cost nearly GBP200 more, and that's from Japan/Hong Kong too.

It is truly an immense beast of a kit that weighs a whopping 8Kg, and, considering how much stuff is in there, the box itself is surprisingly compact and at first glance looks smaller than that of the Bruiser, but a side by side comparison reveals that they are in fact exactly the same size.

I still need a Euro Truck in my life of course but this is still a rather nice way to get on the Rig collecting ladder. :) 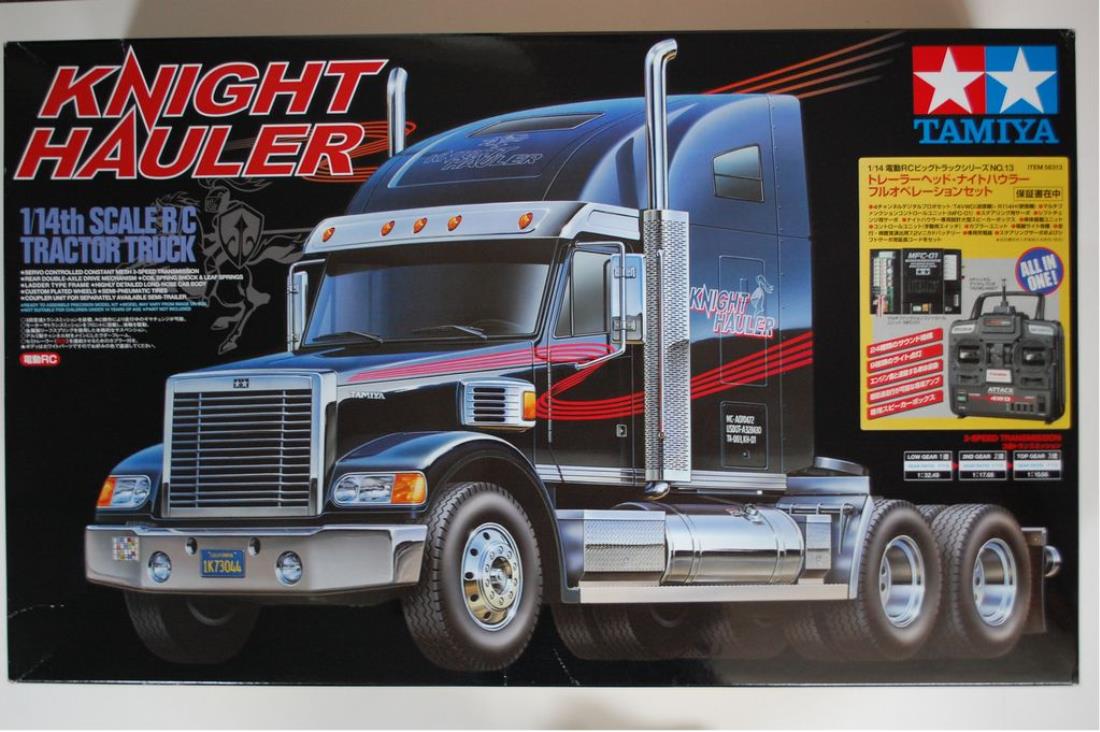 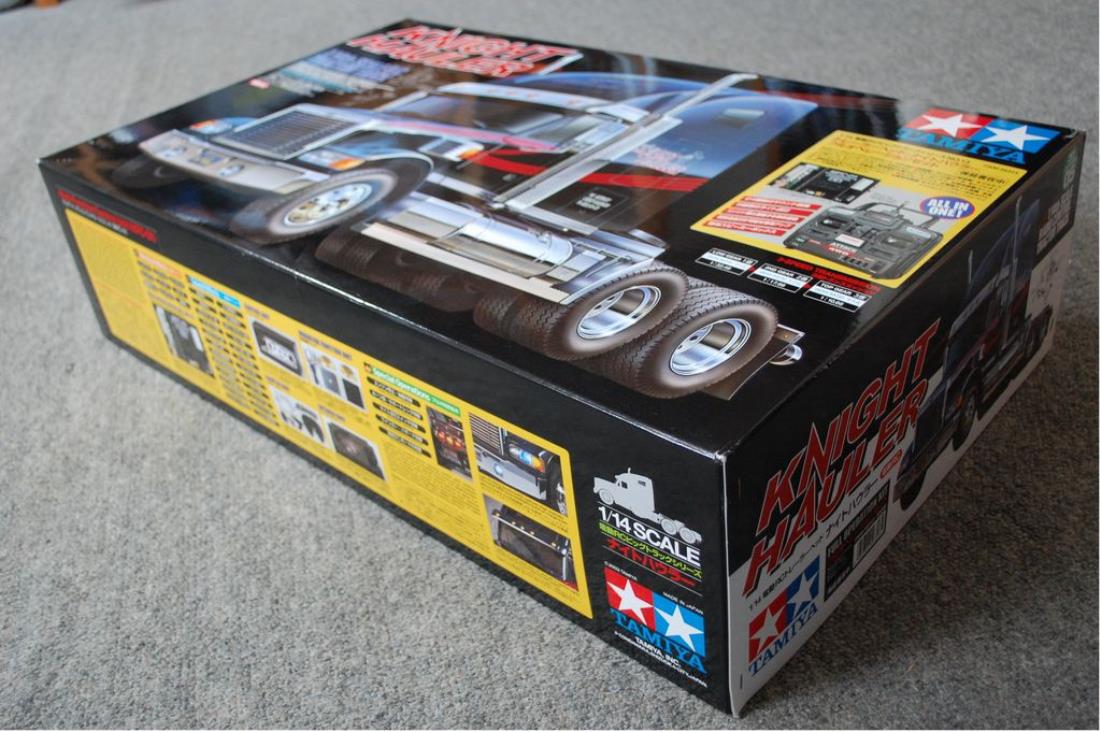 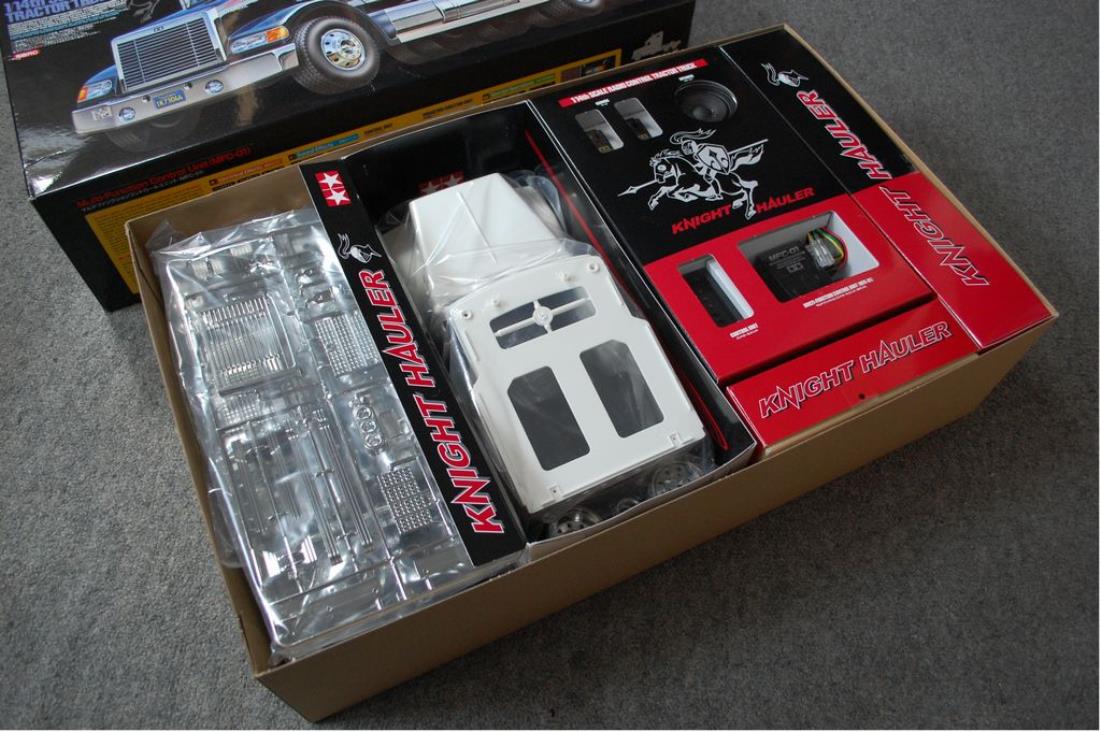 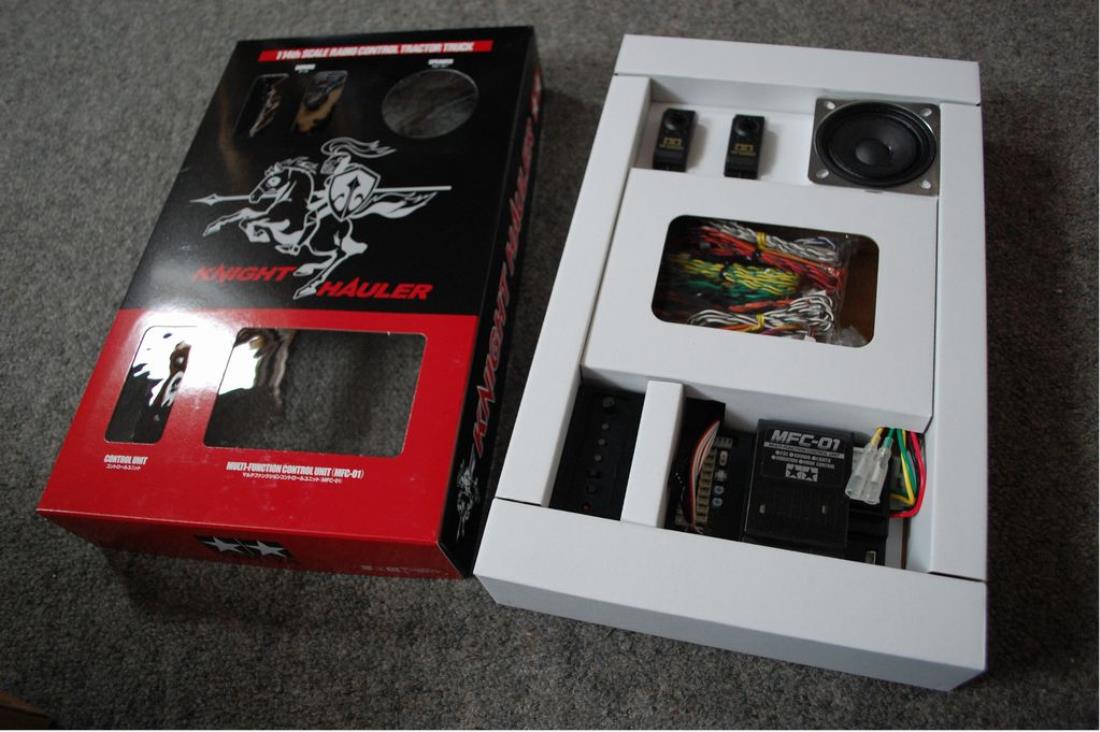 The brains of the operation. 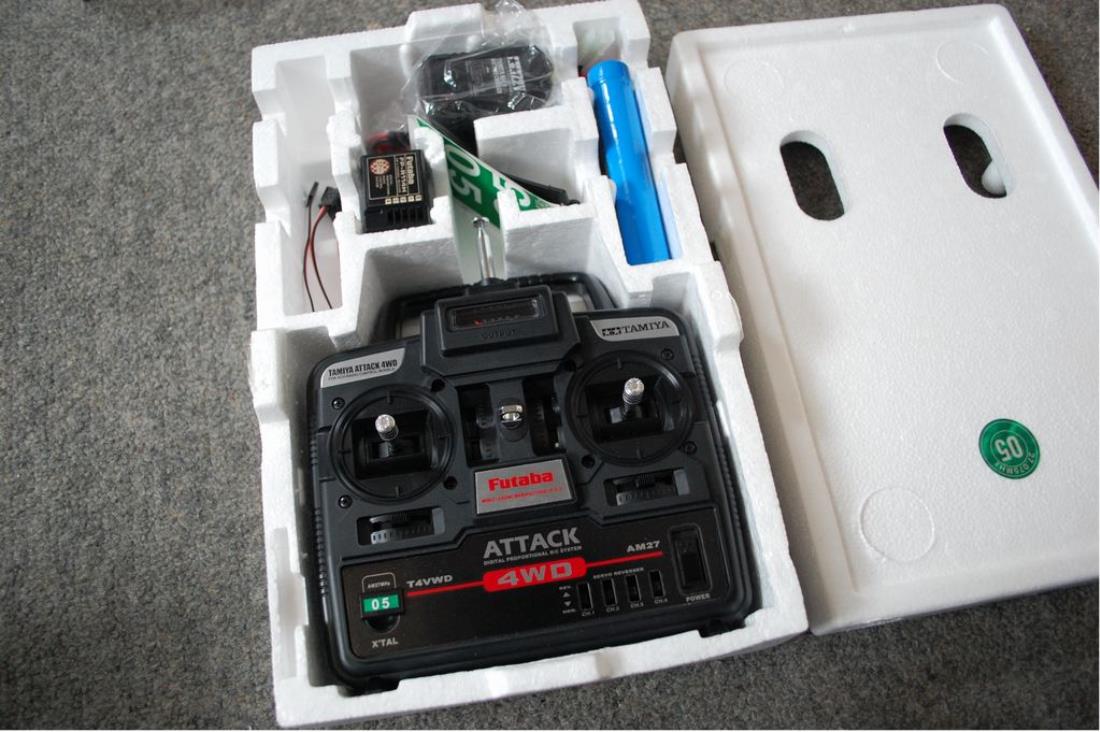 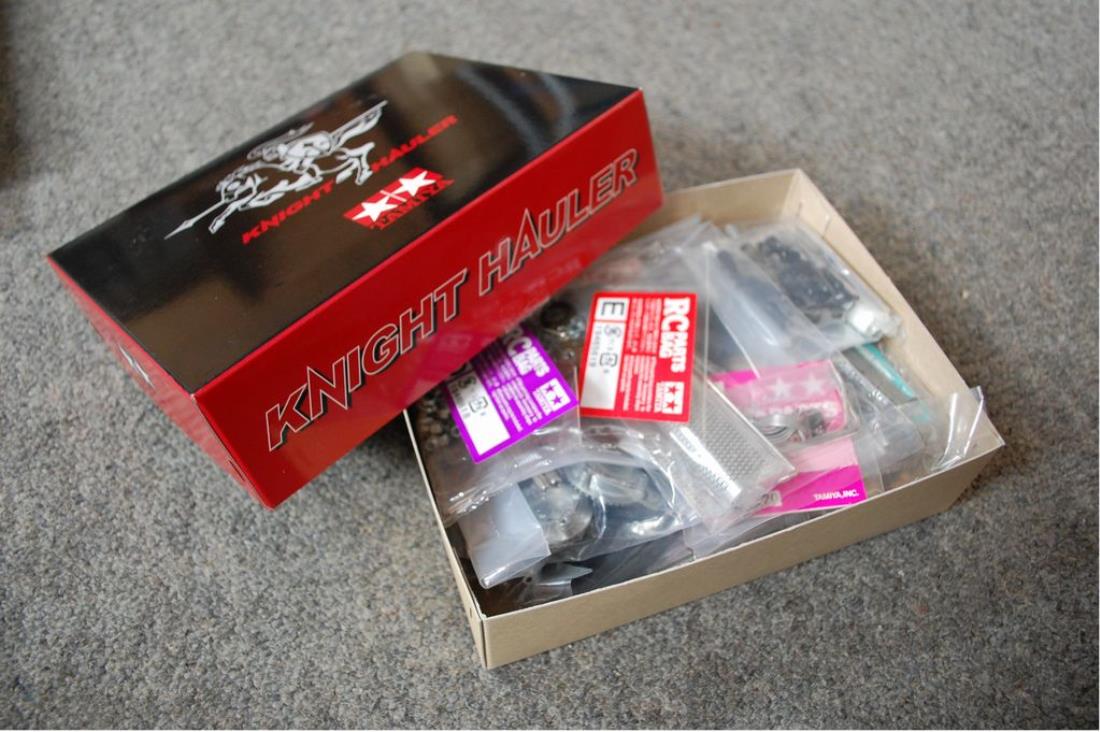 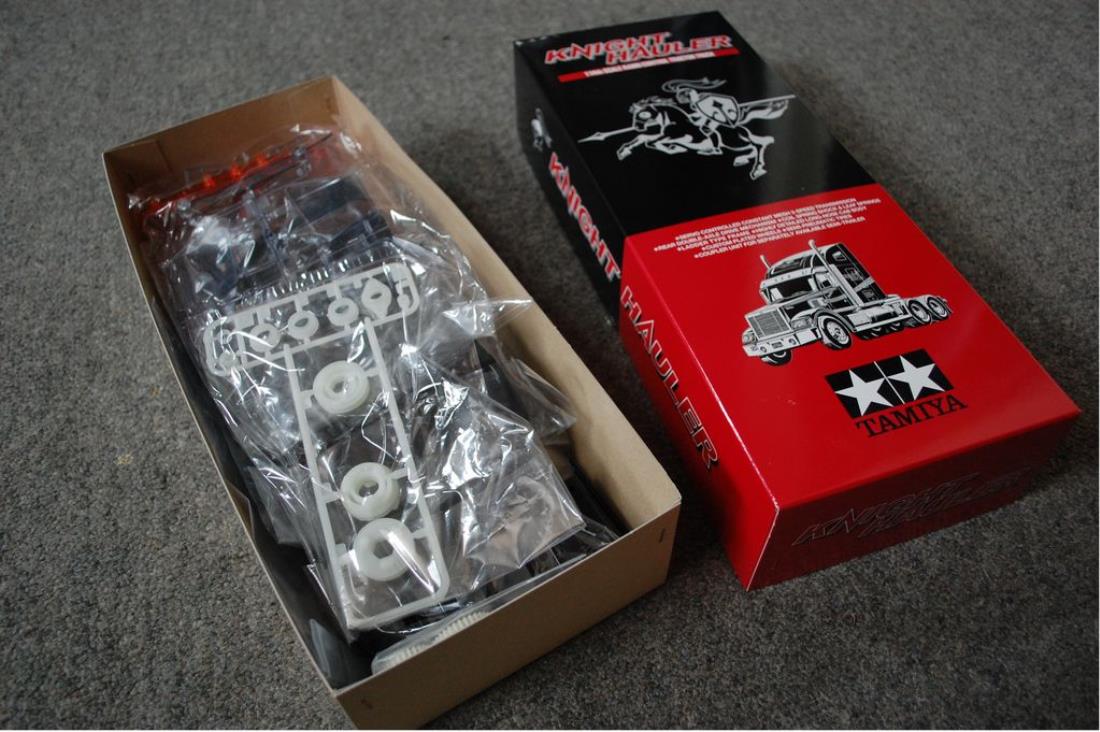 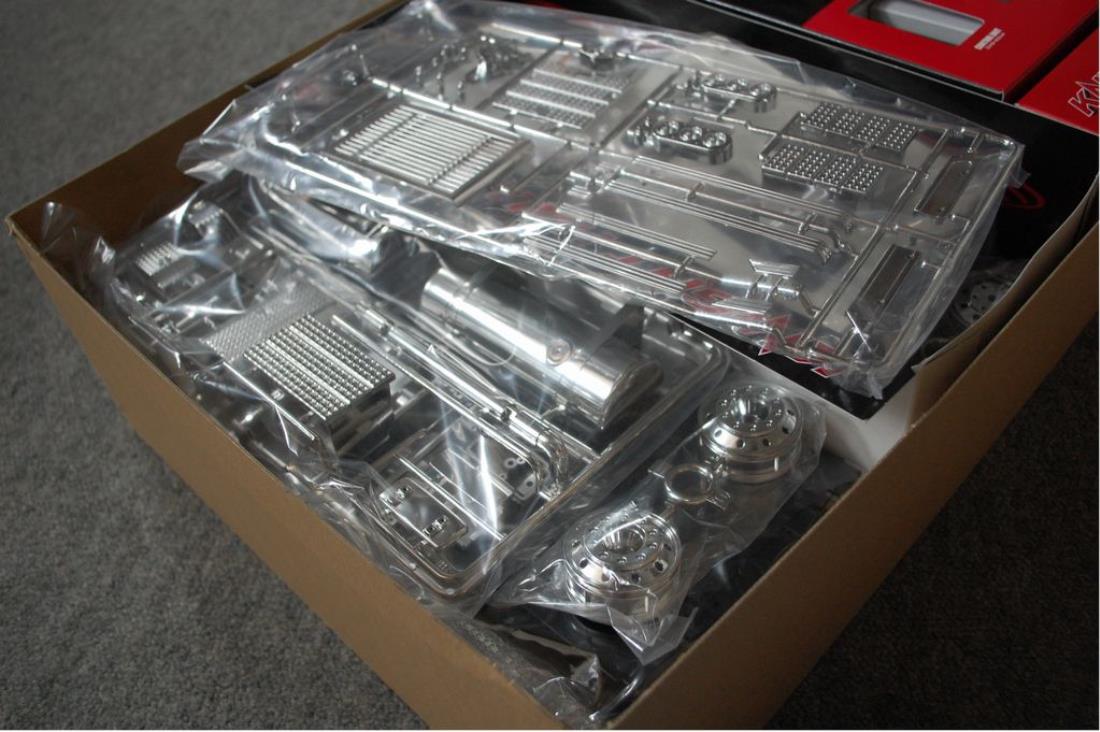 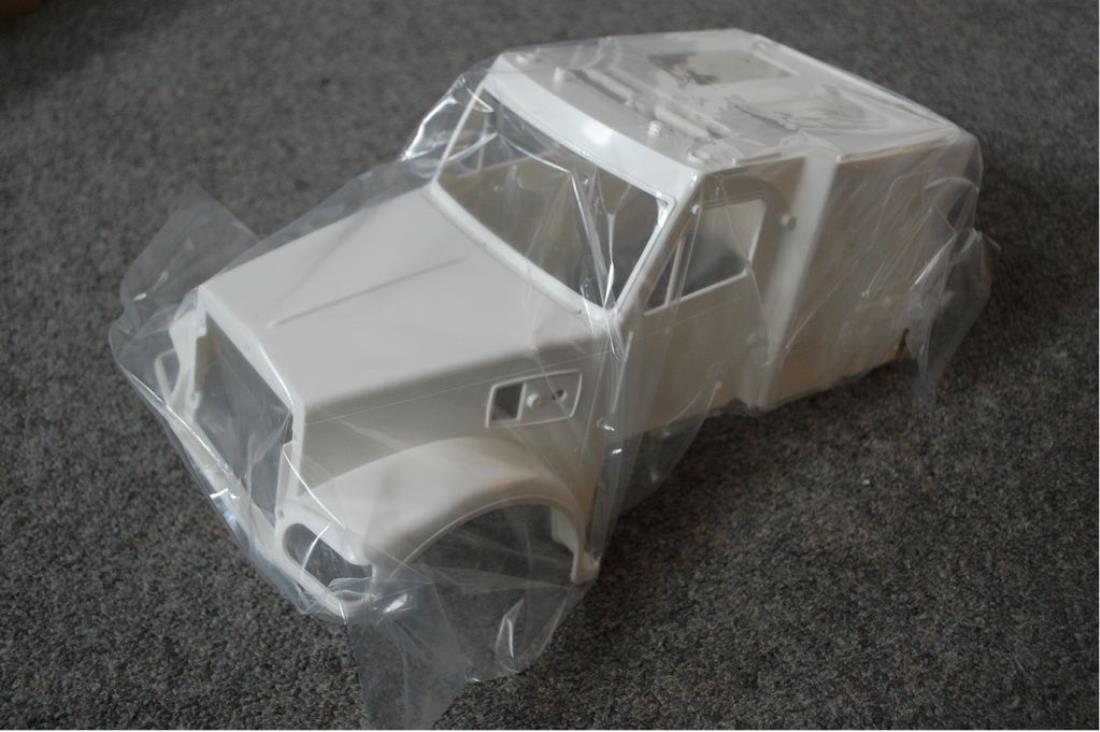 This thing is going to be BIG. 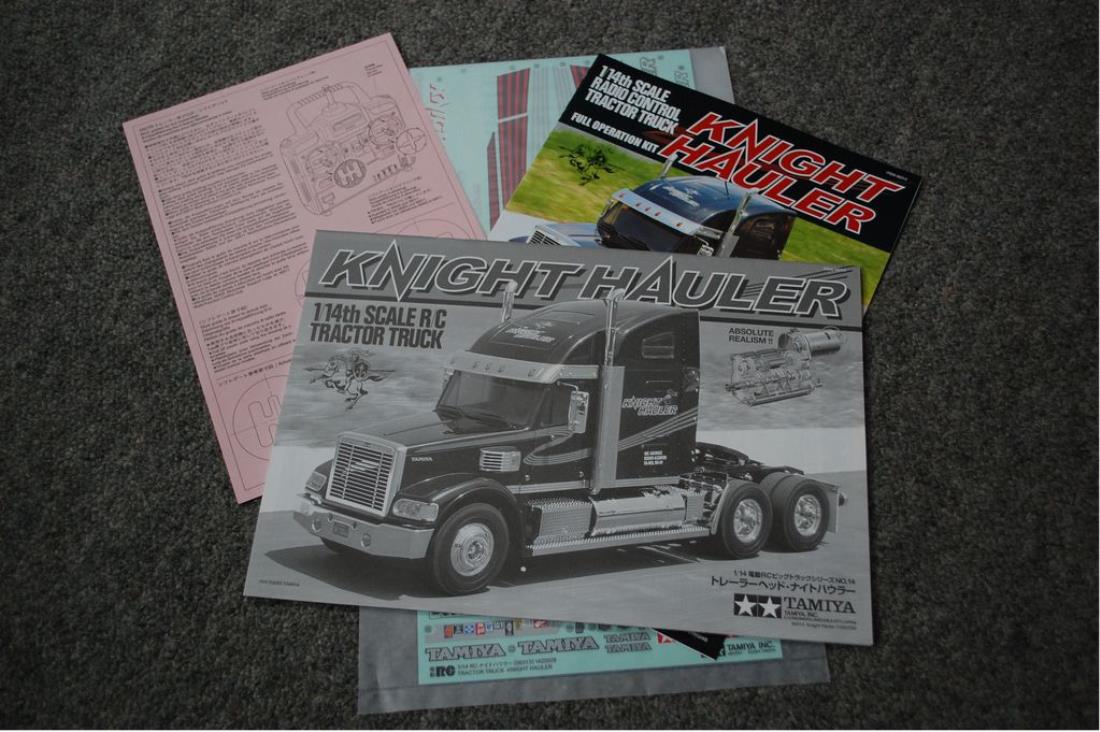 Should keep me busy for a while!

If you liked those pictures, you should see these...
Le Pièce de résistance.

Gorgeous kit and Tamiya at their best.

Cheers John, it most certainly is.

I know exactly how you feel-I did exactly the same thing and now regret it!
Live and learn!! Enjoy

My wife got me one of these for christmast last year. And of course lead me into a building binge and a Scania as well. These are a VERY satisfying build, and there is so much you can do with them. I actually have mine out right now parked in the room, ready to drive at a moments notice. Lots of room in the cab if you want to get creative! Enjoy the build!

Cheers Skotto, yours is absolutely fantastic, something to be inspired by for sure.

Sorry to hear you sold your old one Wandy, but glad to hear you got another! It is such an amazing kit and awesome to know that the only thing you need to finish is is paint a couple of screwdrivers and 8 AA's

She is the most luxurious tractor unit and a wonder to assemble and I wish you all the best enjoyment putting her together. We might not see you for a while mate, its a long long build

Thanks berman, just had a look at yours...very sweet indeed mate. Very glad to have one back in the family and it's promising to be a fantastic build too. Cheers.

I could stare at these pictures all day ! Is your mouth watering over them as much as mine ? !

Cheers Steve, it certainly is a fantastic looking kit, no doubt about it.