Hello,
5 years after the first project, my Street Scorcher is almost finished! During this period, it changed a lot: the first version was based on a TA03-S and it now is a M04-L. Also the first version had a Blitzer Beetle shell (including the nose cone), and since then the Sand Scorcher has been re-released so I used its body shell. I kept the Blitzer glass because I liked it tinted and it has a rear window.
A few mods on the chassis like widened rear with TL-01 parts and lowered ride height. The shell had the front and rear fenders reshaped, as well as the rear part and sidesteps, and I tried to fill the shapes on the hood, but I can't seem to have a clean and smooth finish with Tamiya putty...I added Abarth side mirrors and the cool flat four engine in the back: it's a repro of the 1:9 Kubelwagen with custom carbs done by the great Maki! I added the blue bit and the yellow wires (sorry but I don't know anything about engines and based my work on reference pictures). I also made the Dinomax exhaust with a bit of styrene and an old lighter.
Lastly, a huge thank you to Tibure for making the rear and front bumpers for me; I would never have the skills to make these but the car really needed them, so again, a massive thanks to him!
To really call it a day, I should make an interior, so this will probably be done in a few years considering my great speed on this project.
Enjoy! 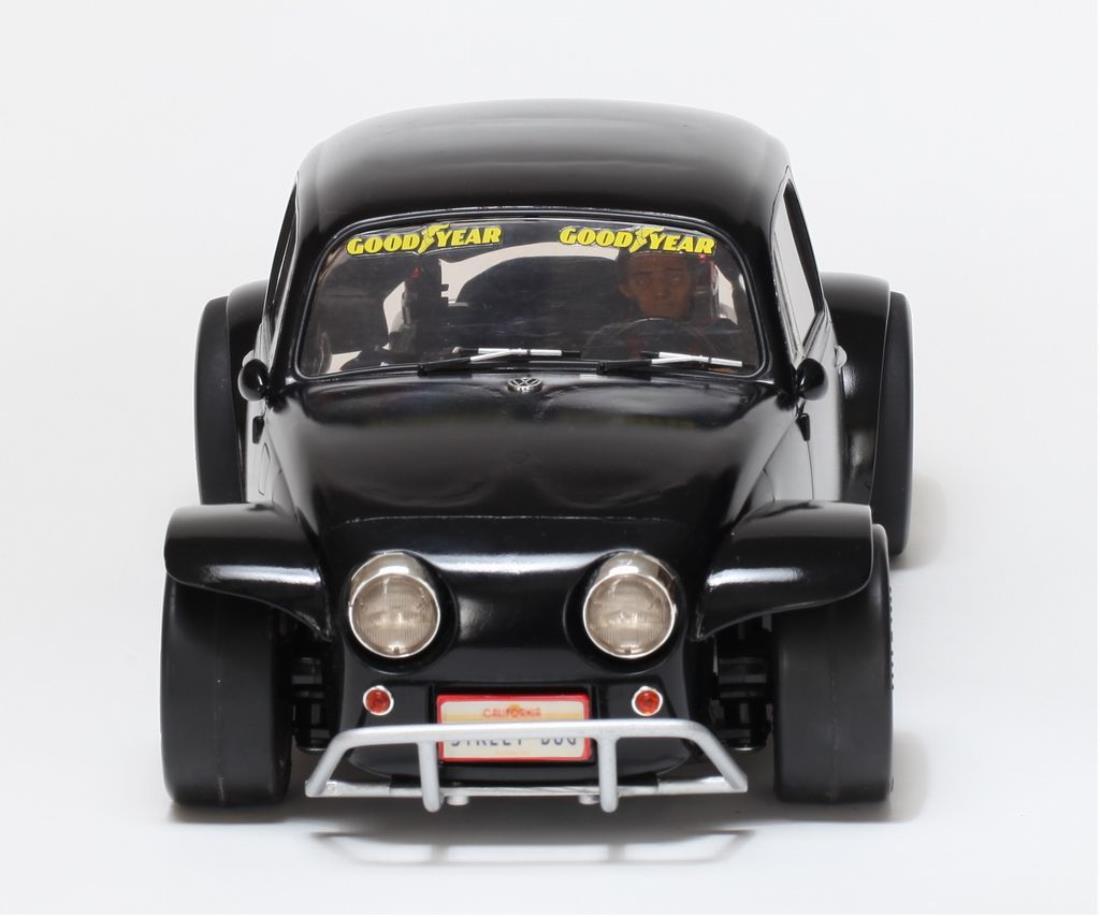 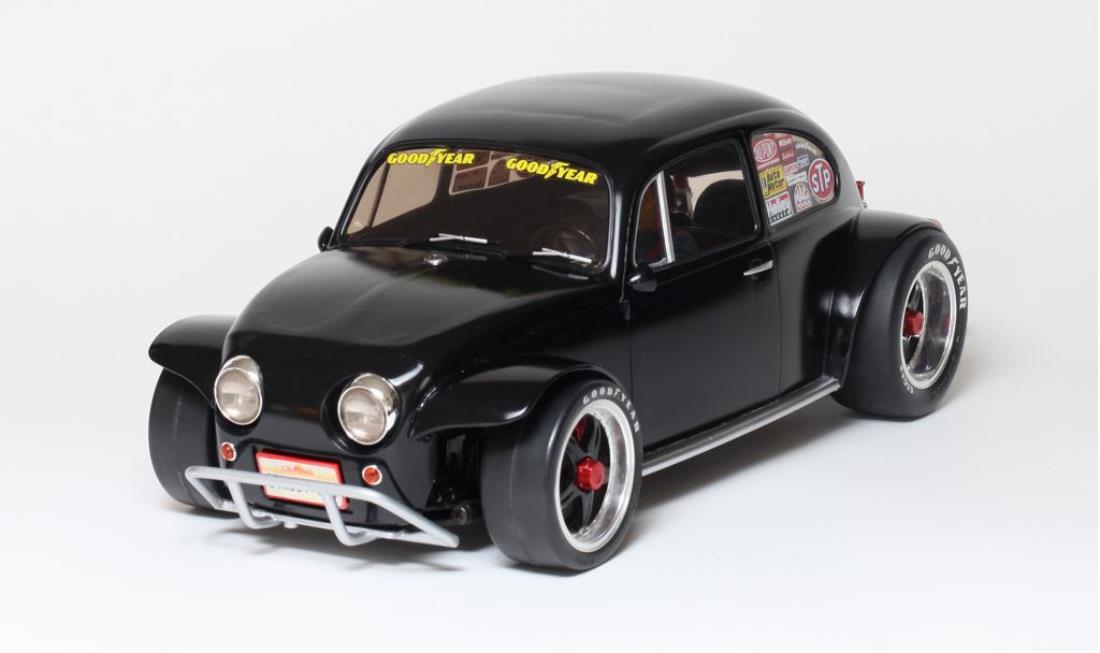 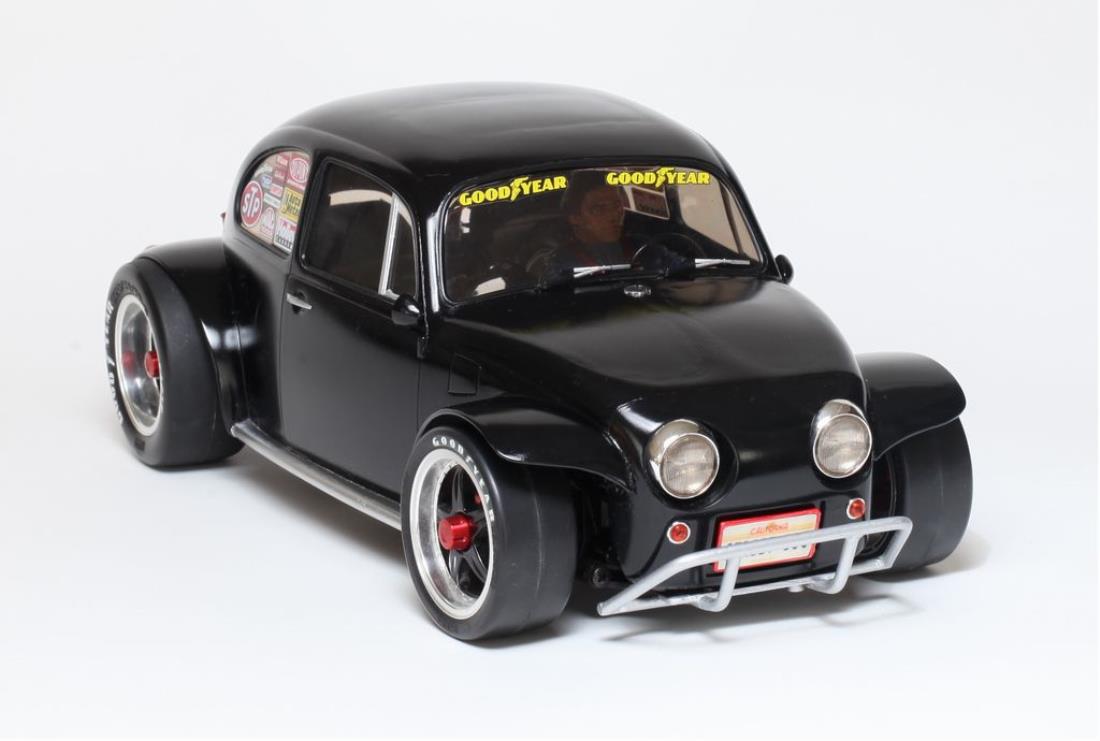 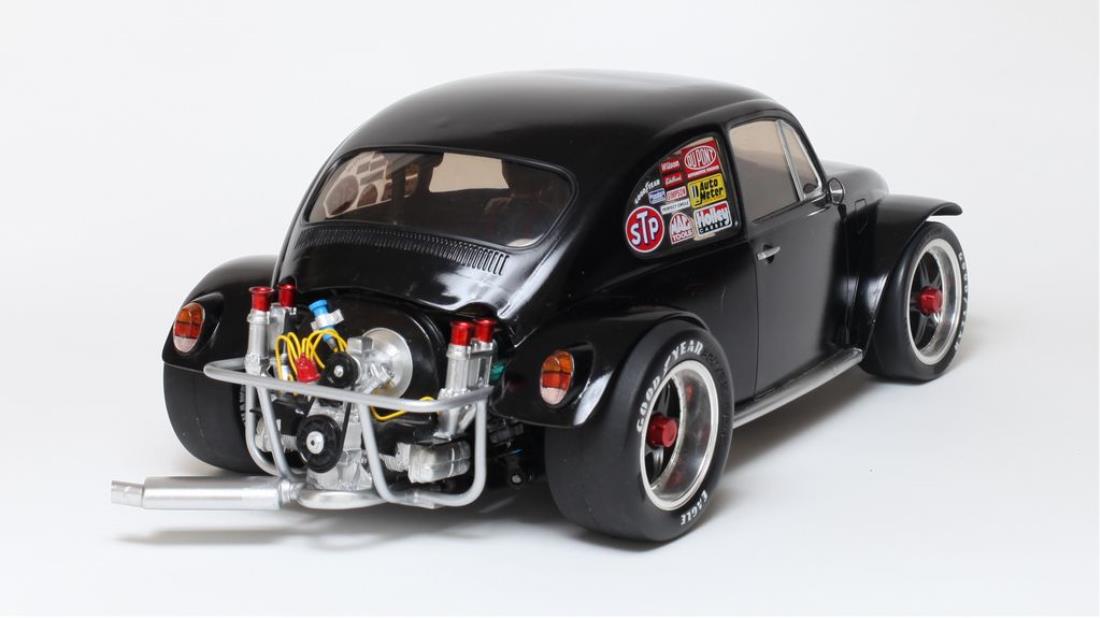 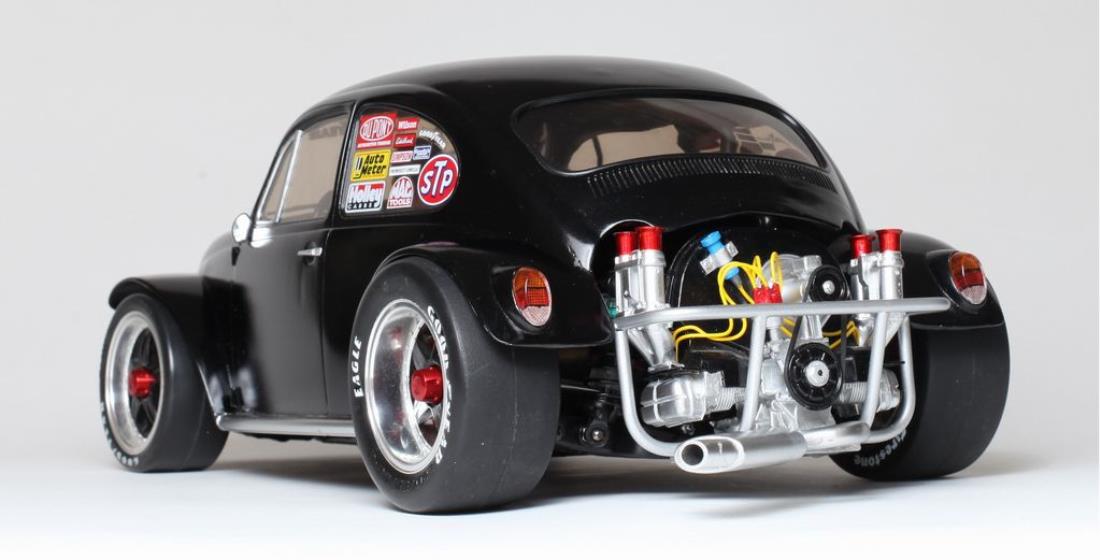 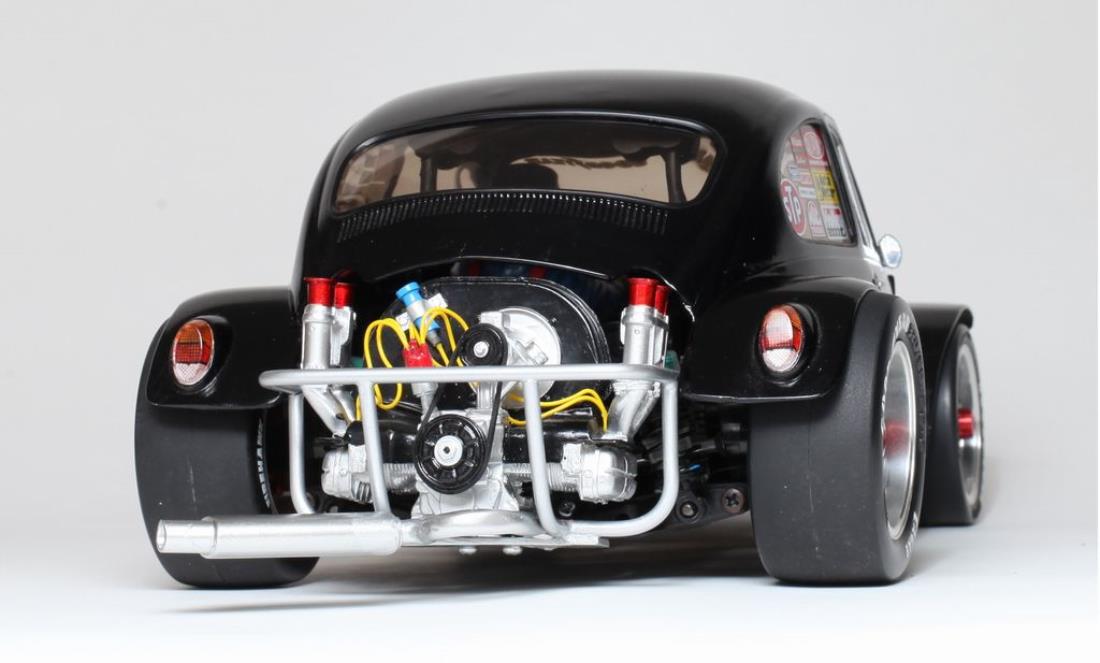 Looks really great! But the rear wheels need some inwards leaning, I think.

Thanks dudes!
@Steve: it might be sooner as I'm starting to feel comfortable with styrene.
@Gozone: actually, there is a slight, barely noticeable, outwards leaning which I was looking for. If I change it to inwards, I'm gonna have tires rubbing...

I'm with bdamit on this one. Well worth the wait and it is totally awesome.

How cool is that ! - great work

That is well nice mate.top job.i wish i had the patience to build something as nice as this.

Awesome looking car. What tires are they?

Thanks again!
@Steve: front are Tamiya's slick and rear are Kyosho's but I don't have any ref.

The sexiest/toughest scorcher ever! The stance is spot on!

This is totally bad ass! Where did you get that motor???? Great Job!

Thanks! As written in the description, the engine is a repro of Tamiya's 1:9 Kubelwagen static kit with custom parts.

That looks like VW hotrod heaven! Suits the 'fats'!

Great combination of Baja and Cal Look, I especially love the engine with the 48 IDAs and turbo muffler. Nice work on the stance too!

Absolutely fabolous! I can see someone on the VWDUB scene building a 1:1 scale version!!

I dunno, for me there's just not enough detail. Only joking, absolutely fabulous mate, loving you work! Am off to your showroom right now.

This is stunning! - I love the ultra-slammed look... a proper dragster!