This is the third part of my Astute Guide Thread.
How can we obtain a better performing and more reliable Astute on the track?

In this new article I will write about the rear end of the car.

The biggest problem on the Astute is its fragility. The rear end is one of the weakest and more exposed parts to failure, when using the model.

1) Rear Arm Mounts. The first part you will break is the rear arm mount. The part has a bad design, too thin and secured with two press nuts.

Press nuts are the bigger part of the problem. You probably broke the plastic part during the assembly and you didn't even know it. The press nuts are very useful on the metal or carbon parts but not on the plastic parts because they expand the plastic parts and break them. On the opposite, if you don't tighten the nuts you will lose the screws and with a loose screw you will break the part. If all this don't happen the arm support will break anyway because is too weak. No way. There are some solutions for this problem:

A) You can replace the Astute D1 parts with Madcap C1 parts. These parts are bulky compared to the Astute ones. They are lighter and less complicated. They don't need the 730 bushings or 730 bearings. Madcap C1 wants 3 screws instead of 2. But the Astute chassis allows only 2 screws. That is not a problem; two screws are more than enough. These parts are direct fit on the Astute and don't need modifications.

TIP #1: Don't use self-tapping screws but only 3 mm metric screws. That will avoid potential future breakages on the C1 parts and they are harder to loose.

TIP #2: (each side) One of the screws (the rear one) will be long enough to fill the arm mount hole. A longer screw will touch the differential cup. The other screw will be 3 to 5 millimeters longer. It will exit from the other side of the C1 arm support and will be fixed with a 3mm lock nut and a washer. This adds strength and avoids losing the screws. This tip is not obligatory but is an added help to a part so urged.

TIP #3: From Jamie Booth's Astute. You can put a washer under the Madcap C1 arm supports to obtain the anti-squat on the rear arms. I never did this because don't know if this can be a problem for the plastic part. But if Jamie Booth did it probably there's no problem.

B] You can design the D1 parts with some CAD software and print them with a 3D printer or make them with a mill and a lathe. I always prefer the metal to plastic but it seems that the 3D printed plastic is strong enough for the use. When you design the parts remember to add a couple of degrees of anti-squat and a degree of toe in. This will help in the stability on rough straight lines.

C) There was a seller somewhere on the net that made Ergal Astute D1 parts. This is also another good (rare and very expensive) solution.

Personally I suggest the A solution because it is easier and cheaper. The Madcap C1 parts are very easy to find and cheap and they are shared with other cars (some of them currently in production) like the Bear Hawk, the Stadium Thunder, the Stadium Blitzer and the Blitzer Beetle.


2) Rear arms. The Astute rear arms are not so bad. There are two kinds of Astute rear arms. The first release and the second release with a reinforcing brace. There's not a real reason to change the Astute rear arms with Madcap ones in my opinion. The only one could be the weight, the Madcap arms are maybe lighter but keep in mind that they are softer so your car will be less responsive (this could be a good choice on a smooth slippery surface).

The problem with soft arms is that they bend. This gives the problem that the upper arm will touch on the damper cylinder scratching it. It's just an aesthetic problem, nothing more.

The other solution, the best one, is the Super Astute rear arms. They are strong but light and don't bend. The plastic is harder and the design is more rigid. With these arms your damper will not be scratched and the car will be more responsive.

The geometry of Astute and Madcap arms is identical.

The Super Astute rear arms are slightly different. These arms allow the presence of a brace between them (NOTE#1 and NOTE#2 in the picture). They are 2 millimeter thinner on one side where the arm shaft works.

Another difference is the rear knuckle position that is positioned more to the rear allowing different model length and weight balance. But on the Super Astute the rear knuckle can move forward so the original length can be restored.

3) Astute rear knuckles and hubs are a nice piece of design, I have always been fascinated by them but they are (unfortunately) over engineered, complicated and heavy. The original idea was very good. On the Astute you can define the rear toe in or toe out as you like but despite the bulky look all the massive rear hubs and knuckles are really fragile. Tamiya made some reinforcement with FRP plates but unfortunately the knuckles break somewhere else, so no way.

A) The A choice, as usual, is Madcap C5 rear hubs. They are lighter and stronger, you have no problems with them but there are a couple of issues to know with these hubs.

TIP #4: If you file the side of the hub you will gain more space from the rear damper cylinder and the rear upper arm. This helps to avoid contacts between the two parts when the rear arm bends (NOTE#3).

WARNING#1: The Madcap rear hubs are identical so there is no left and right position. This allows perfect interchangeability but you lose the toe in. In fact they are neutral 0° Toe In. The car will have more over-steer.

WARNING#2: These parts are easy to find but keep in mind that you can meet a similar object that you believe identical but that is not. As for the C1 parts, these C5 hubs are almost identical on other models, the ones mentioned before.

There are some ways to solve the problem.

SOLUTION#1: If you find a Bear Hawk/Blitzer Beetle rear hubs you can simply make a spacer between the inner ball bearings and the axle cup. You can easily do it with a brass pipe available in any model shop.
SOLUTION#2: Why solve a problem if this problem is a solution? Yes, if you mount Blitzer Beetle rear wheel hubs you can switch to modern axles and half shafts. They are perfect fit and have total compatibility.

Modern axles and shafts have many benefits:

- They are very common because they are used on many cars from the Thunder Shot series to the Manta Ray series, to DF-03/DT-02 series and so on. Astute axles and shafts are used only by Astute series and the Dyna Storm.

- Modern wheel axles allow also the pin type wheel adapter instead of the splined one used only on Avante/Astute series.

TIP#5: Modern wheel axles and half shafts can be replaced with Thunder Shot series to Manta Ray series Universal Joints or with the modern CVD axles for DF-03/DT-02. The last ones are everywhere from different brands and prices. This is the best choice you can do and they are perfect fit. You will have a vintage Astute/Super Astute with modern CVD shafts.

These hubs have also another feature. They allow movement of the rear axle so with the spacers you can change the weight balance and the length of the car.

The only issue with these hubs is, as always, their fragility. The solution is the 3th part 3D printed hubs or the gray TR15-T stronger version. Both solutions are cheap and definitive. The TR15-T gray parts are made of glass fiber reinforced plastic because they were used on a gas powered truck that probably was supposed faster and heavier than an electric buggy.

TIP#6: You can “dig” the inner bearing housing with a simple tool like a step drill bit* (NOTE#5). This tool must be 11 mm in diameter. You must turn it with your hands only or you will destroy the piece. By digging 2 mm of space between the rear ball bearings you can mount modern CVD on Super Astute rear hubs. I did it on my Dyna Storm.


This long article is finished now. In the next article my Astute review will probably be finished. I will write about the transmission.


I want to mention one more point here, as it is rear hub related:

If you will use the Astute, for every set up you will use, always replace the rear drive shafts with some universal joint for a smooth and power saving transmission. 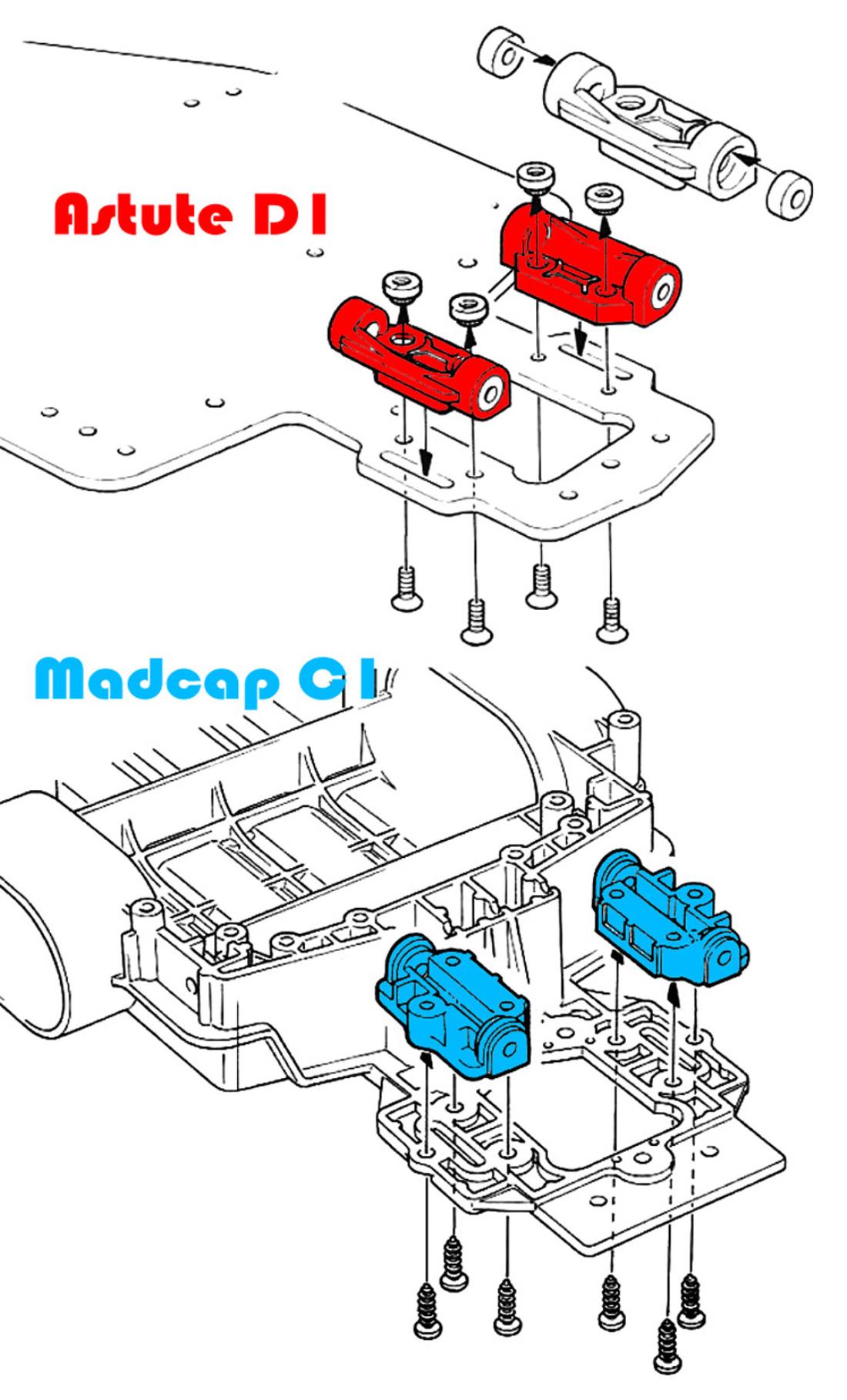 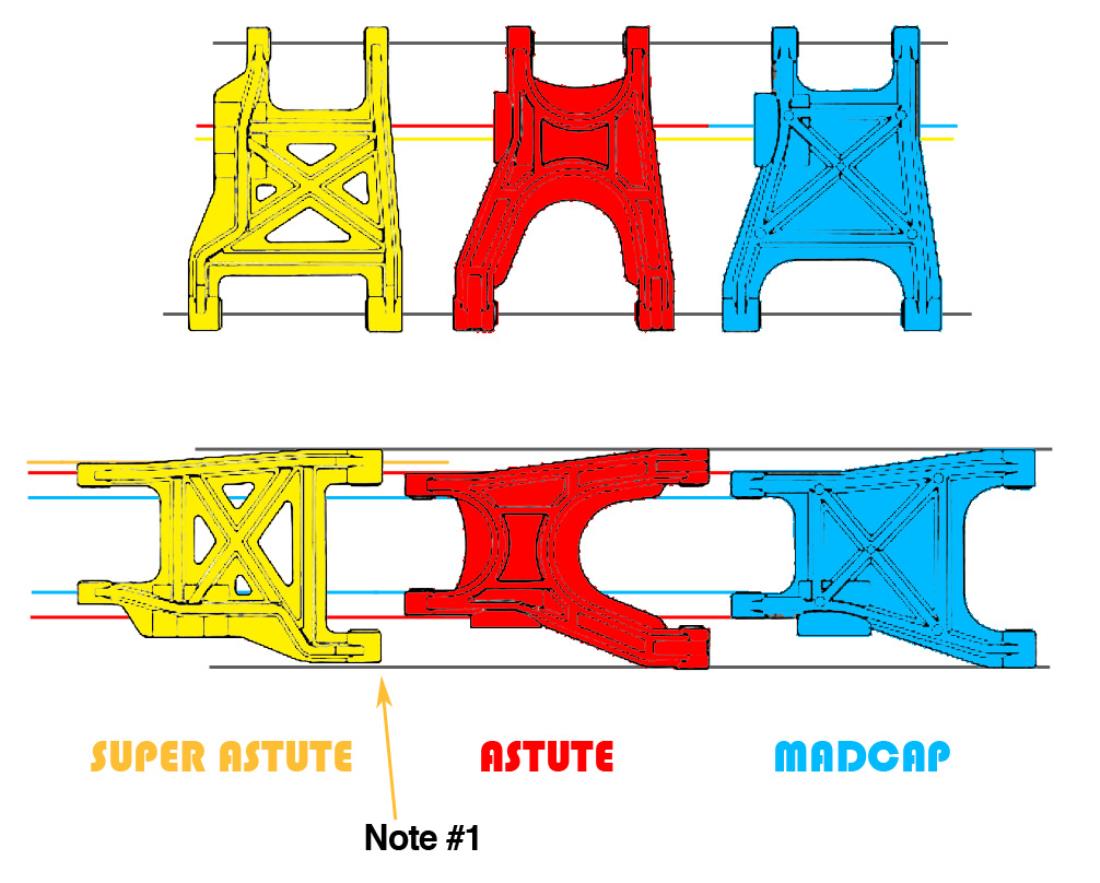 Differences between the rear arms. 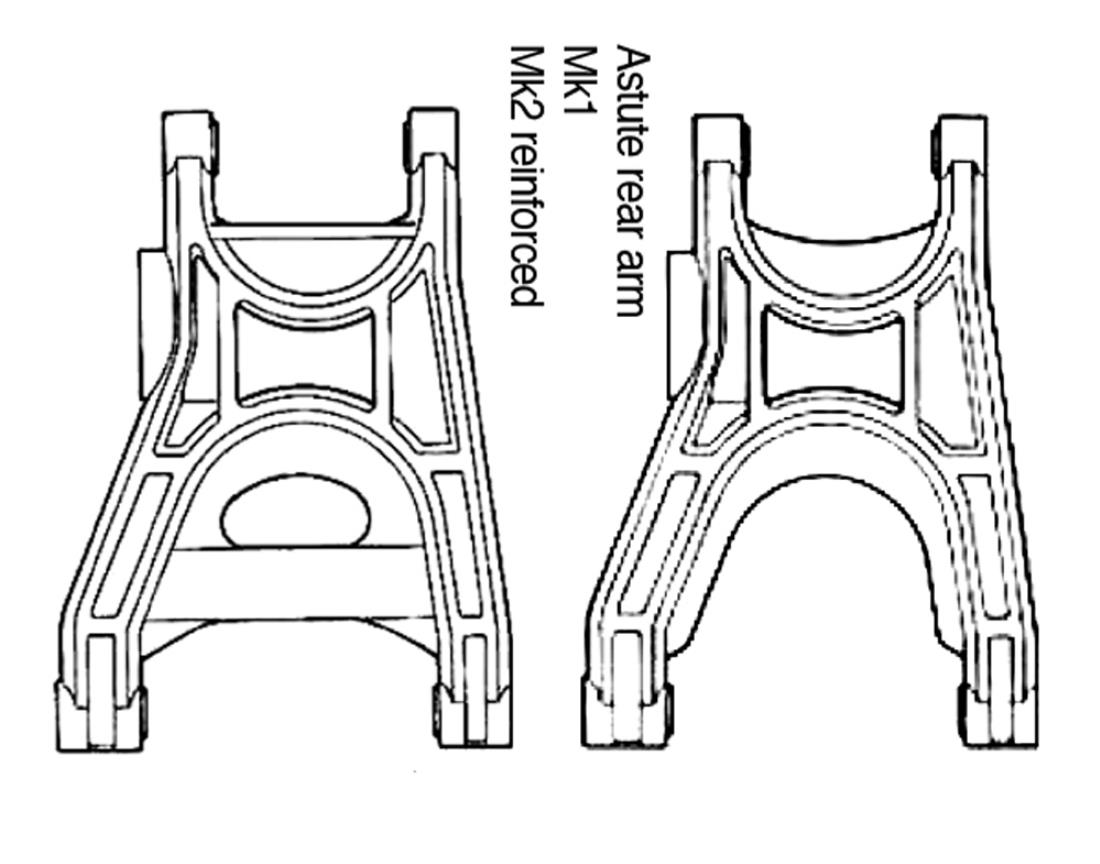 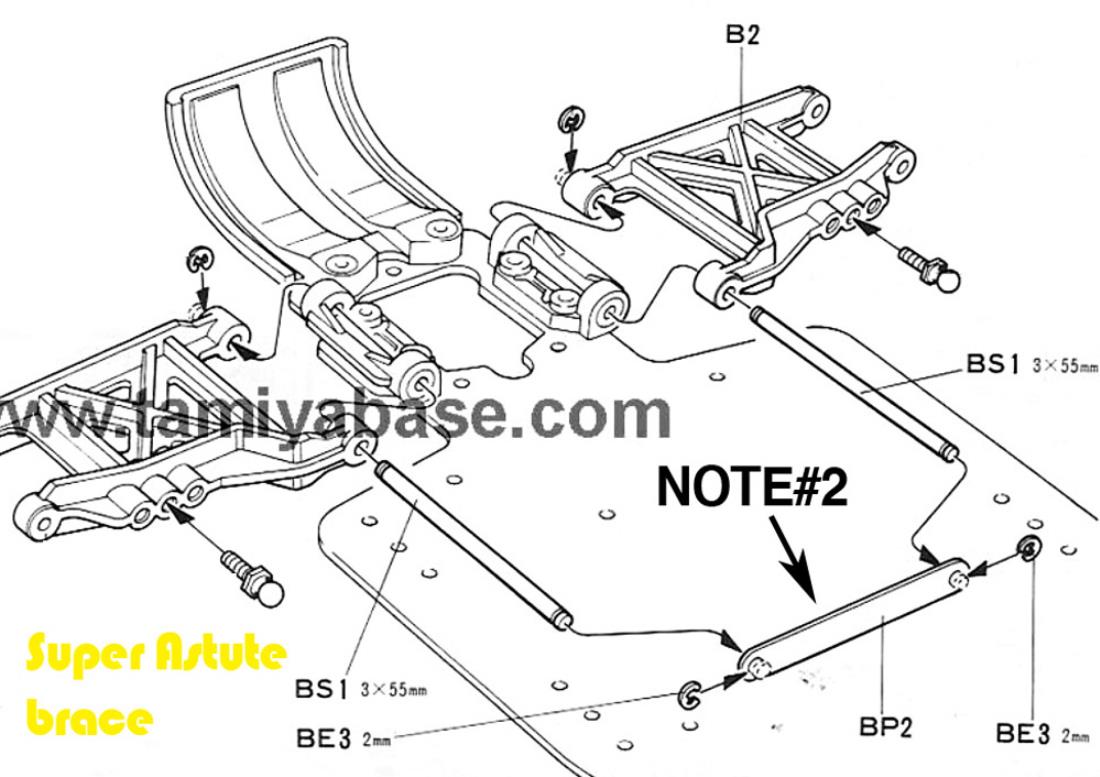 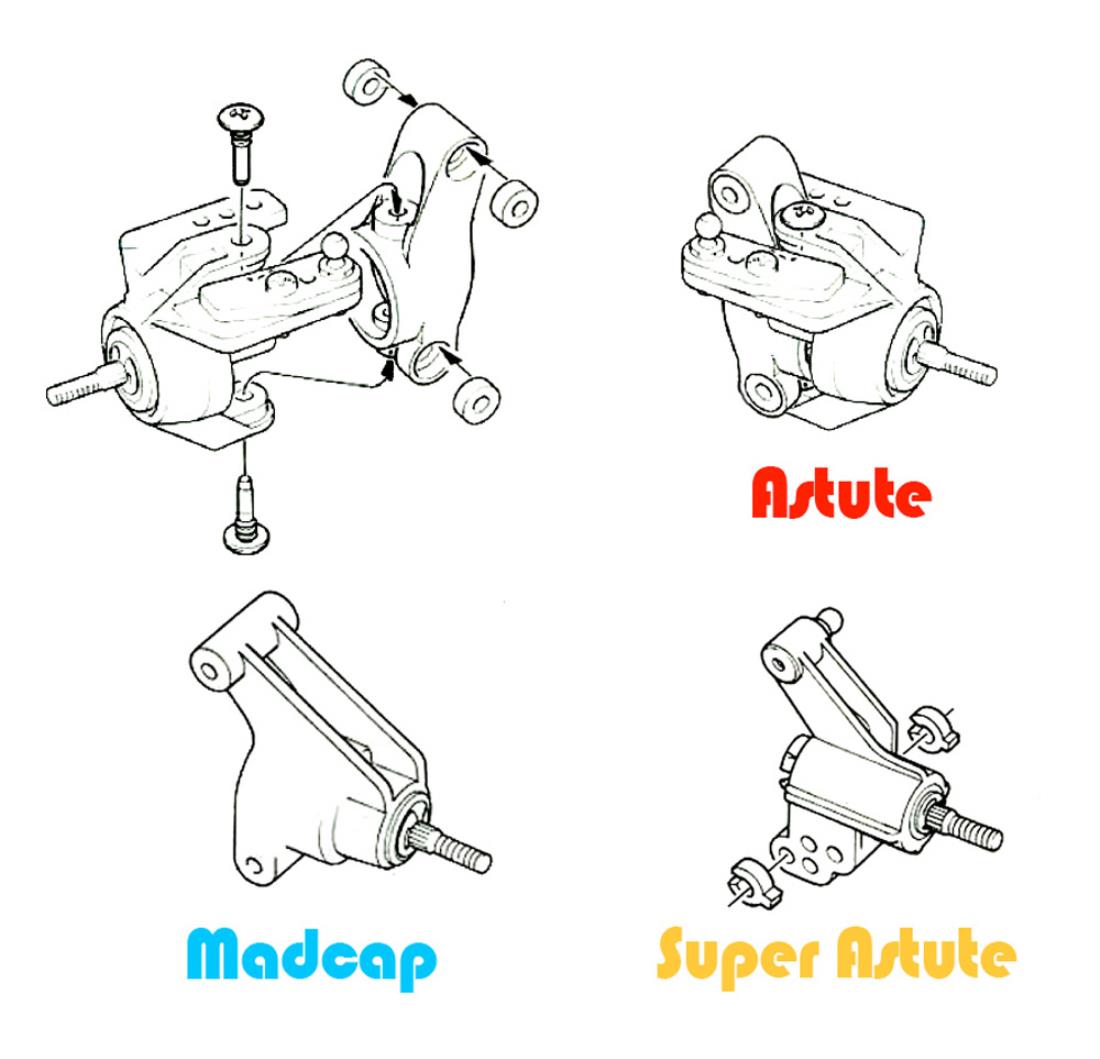 Differences between the rear hubs. 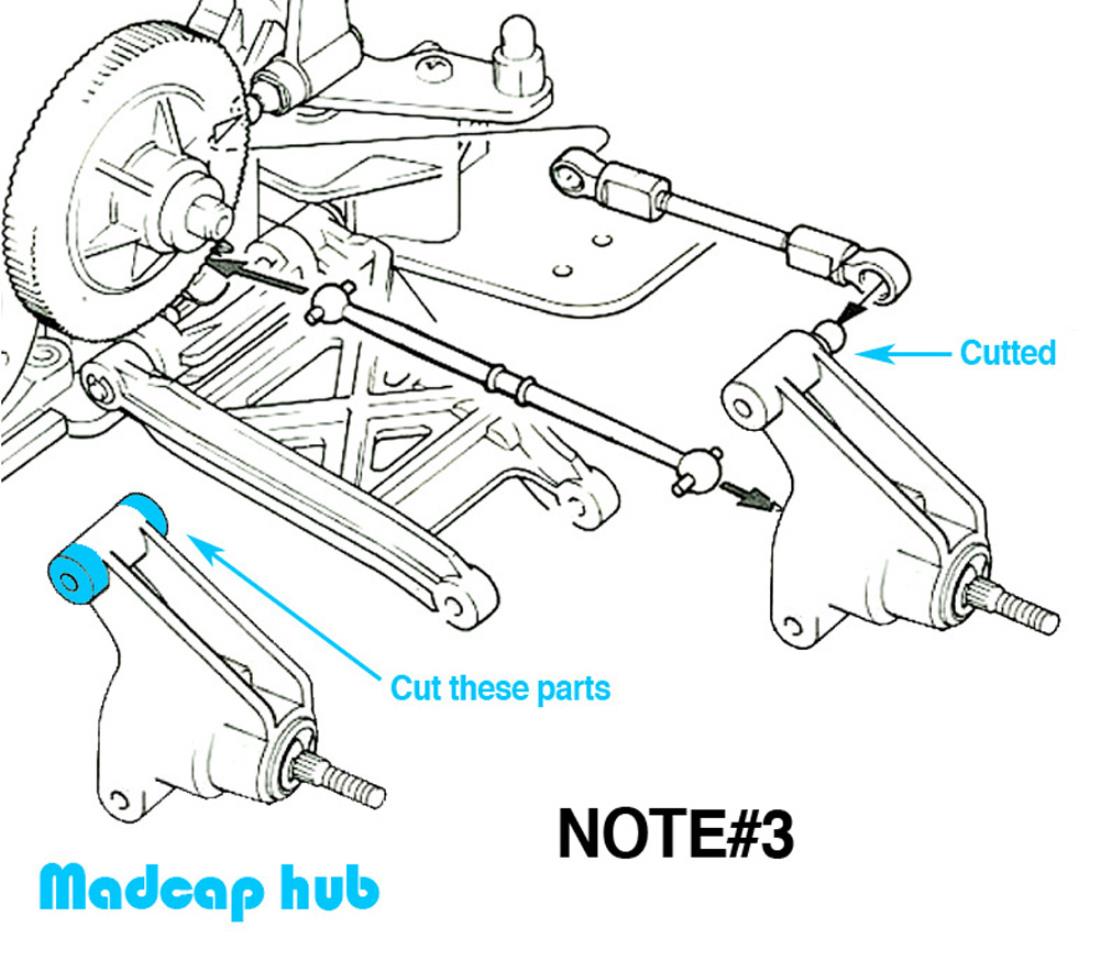 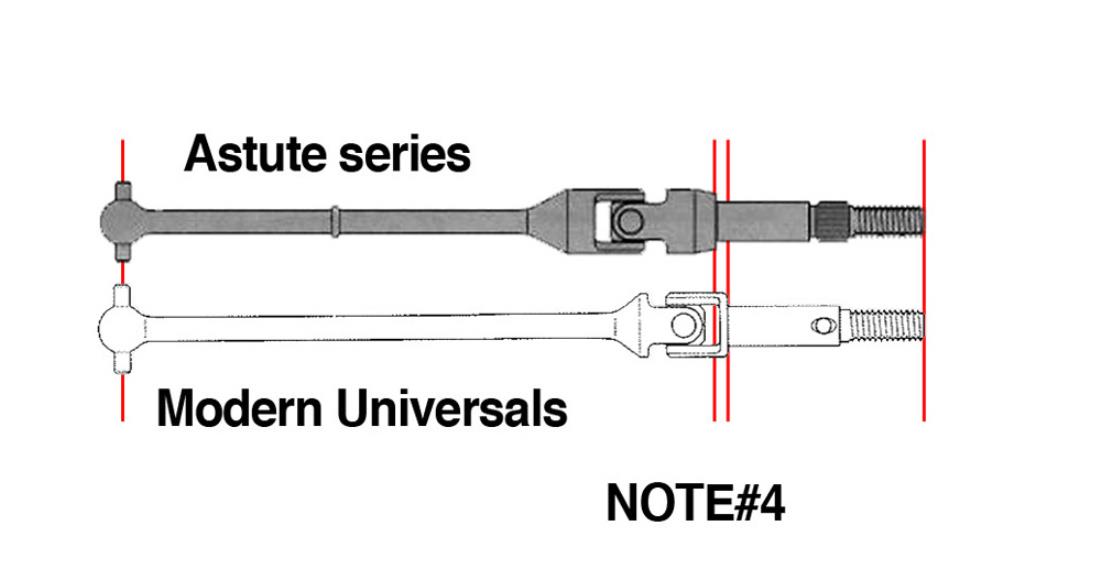 Differences between Astute and modern UJs. 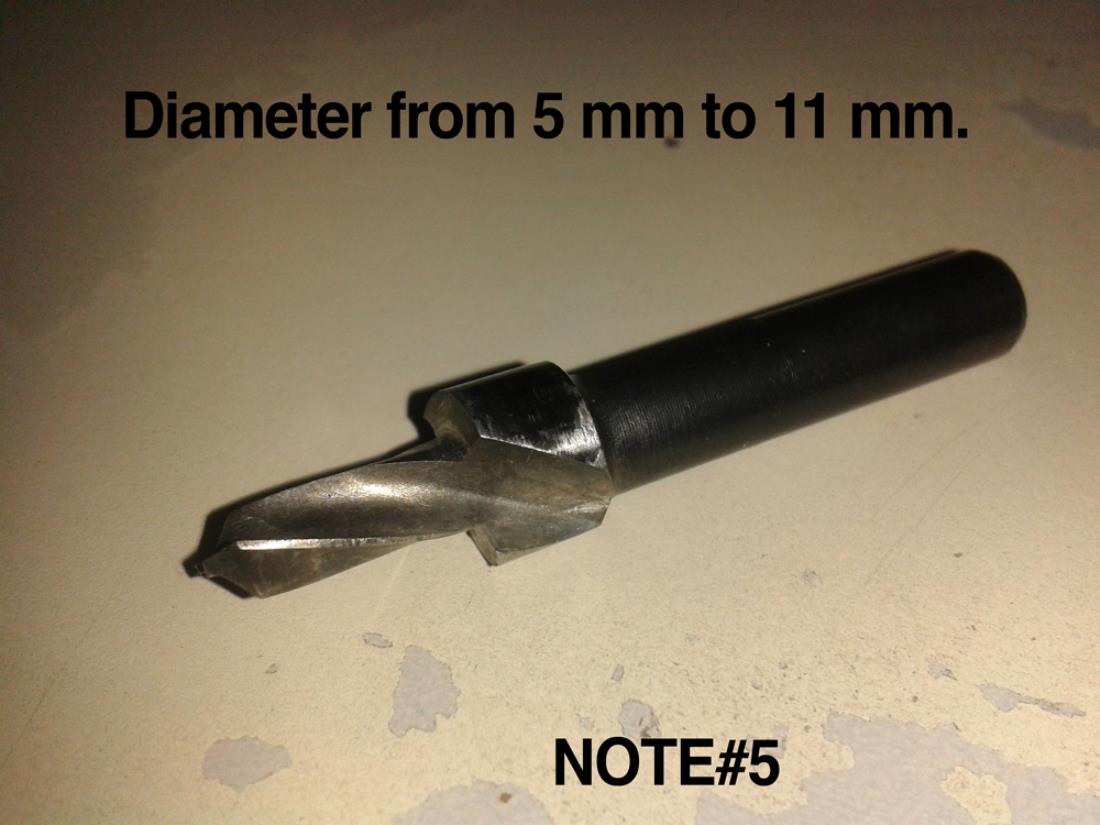 If you liked those pictures, you should see these...
Astute: doesn^t seem an Astute.

Great tips! Another source (Thommo, probably) also advised that the Madcap C1 parts are available as unused parts on the Blitzer Beetle C parts tree (I think it is C), so they can be found more easily.

Yes, I remember but probably Thommo didn't know that with Blitzer Beetle C1 you can use modern CDV shafts eheheh

Hey...my ears are burning. Another fantastic tutorial Max and all very useful and correct information. FYI, the Blitzer series rear hub is part C5 and no I haven't tried this yet with CV shafts so I can't wait to try it out. Thank you Max and well done.

Hi Thommo, yes I know about the C5. Probably my phrase 'As for the C1 parts, these hubs are almost identical on other cars' is poorly written. I'm sorry I'm not English mother tongue so often I use Italian grammar schemes. I was speaking about the C5 parts that, like the C1 ones, are common on many models.

Excellent tutorial, I read all of these, keep em coming!

Thank you, will write the last one asap.