I travel a lot for work. There is nothing worse than arriving in a new city for a couple weeks, taking a cab to the hotel and passing an RC Car track on the way…without having any RC Cars tucked into the suitcase. When I drive to a new city, I always have a couple of stowaways but wanted something mini for my travels. I began to hunt for a Tamtech Hornet. I posted a want add on Tamiyaclub and got in touch with Sayroll who had a beautiful Fox. We talked a while and made an agreement on the car. It arrived and I was thrilled! I took it for a spin and was rather surprised by how slow the car was. If I was to bring this to a standard 1/10 track, I needed more pop.


I had a Novak mini brushless system that a friend at Novak unloaded onto me but it was a 8.5 turn motor. That was a but fast. On my first run at half throttle the rear rubber came off the tire. I am not here to ruin my stuff or all the work Sayroll did so I installed my 2.4 ghz radio gear with a new mirco receiver and set the endpoints so that the car was safe. Forward is at 10%! That makes it as fast as my Hornet with a sport tuned motor. Reverse is at 4%. With these settings the car is happy as can be and the trans is safe. I added a couple of LiPo’s (1300 mAh Turnigys) and a mini duratrax charger. Now I have my travel buggy.


I ordered some bits from Tamiyausa for the car (a shell and some spare trans parts) and as I was working on the car, my wife saw it and said it was “mini and cute”. I showed her how I was going to paint the car and she said “no, that’s dumb. Here is how it will be painted:” That is how the car became like a mini-Watanabe. Personally, I love the color. It stands out on the track and I want to add head lamps on the car that are 3rd channel controlled. That’s next. So far it has been to 2 tracks in California and one in Arizona. I took some pictures of it today as I have been meaning to show it off.


I have some questions on the car though. Does anyone know of some good replacement tires for the car? Due to the rear toe in, the car is not so good on-road but the off road straight line traction is good. I would love some tires that actually bite though. 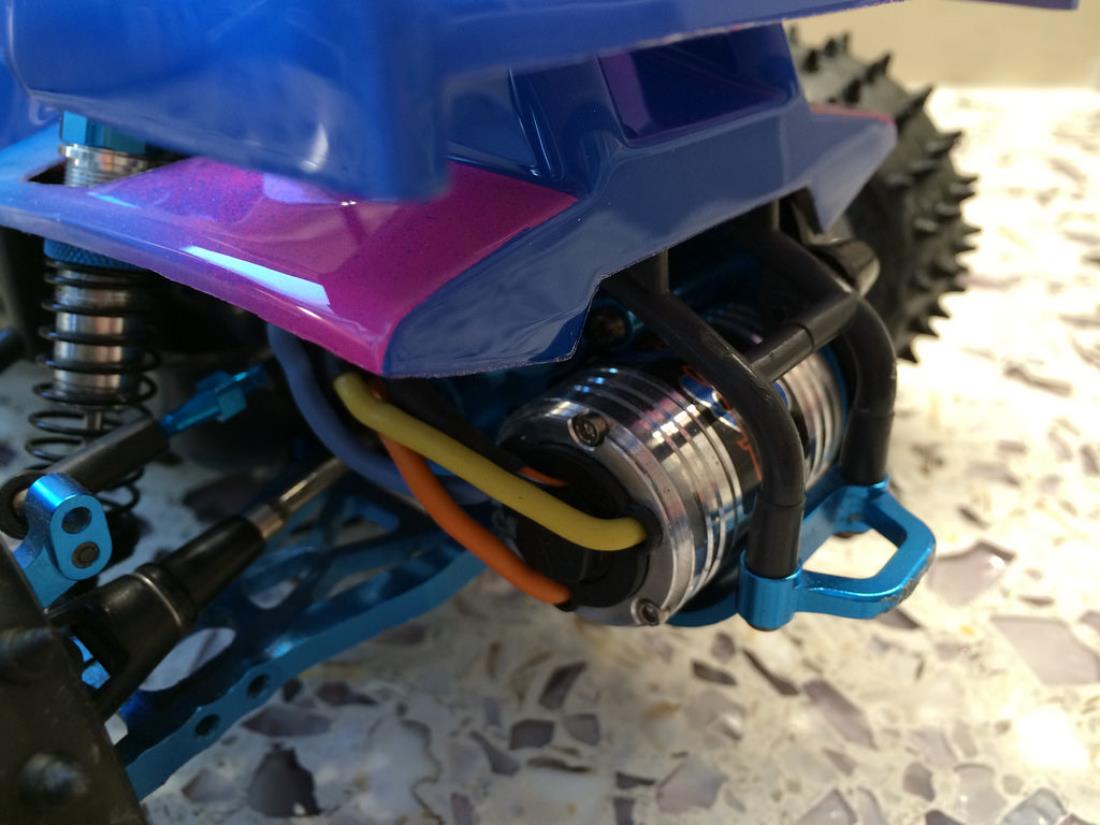 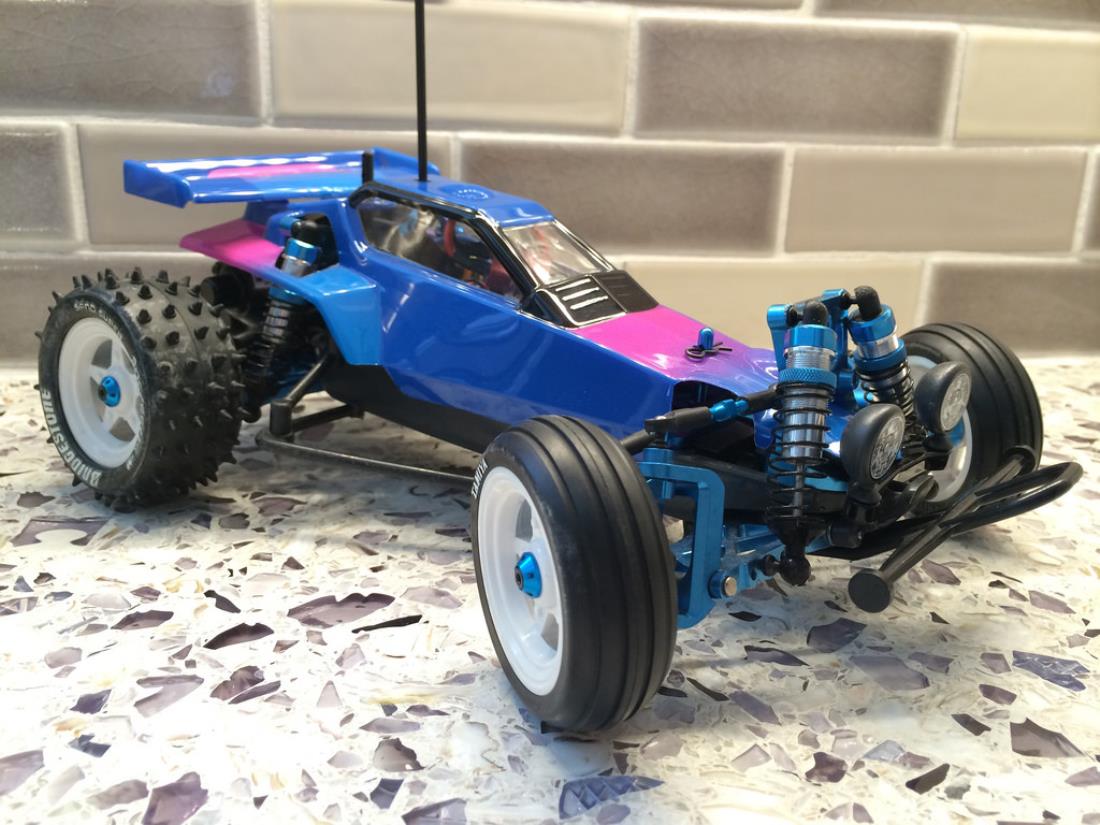 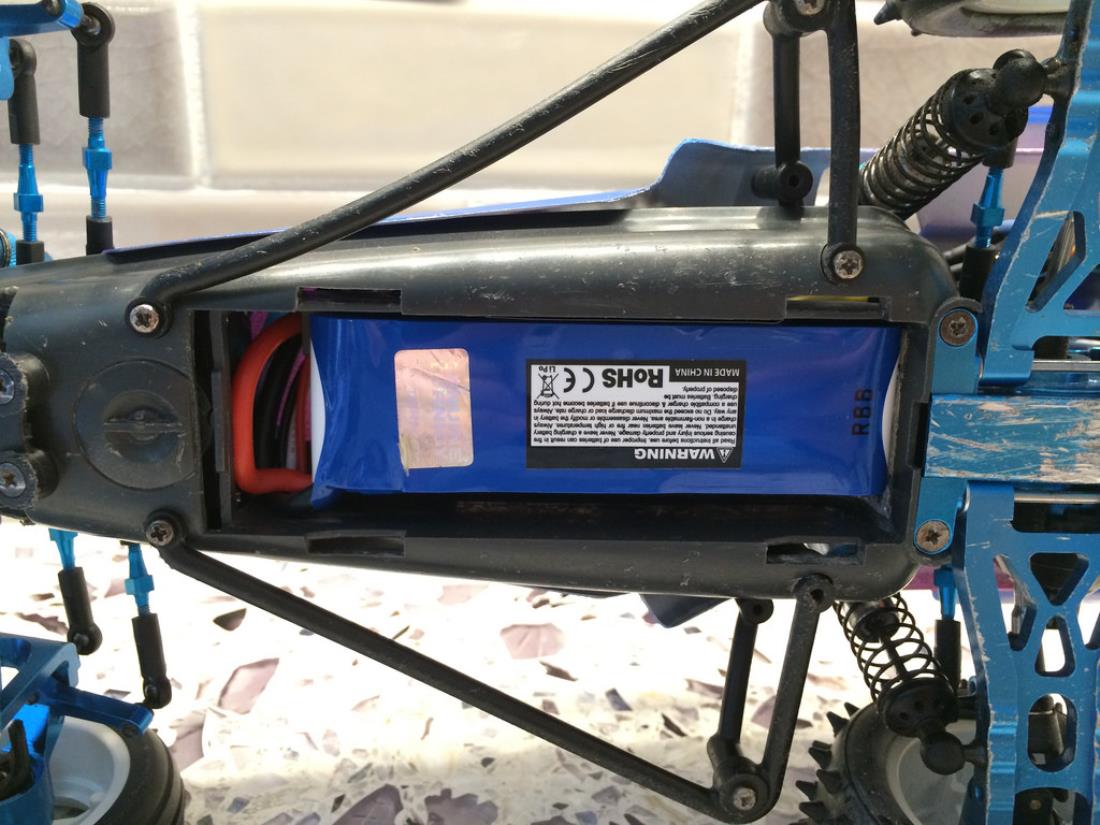 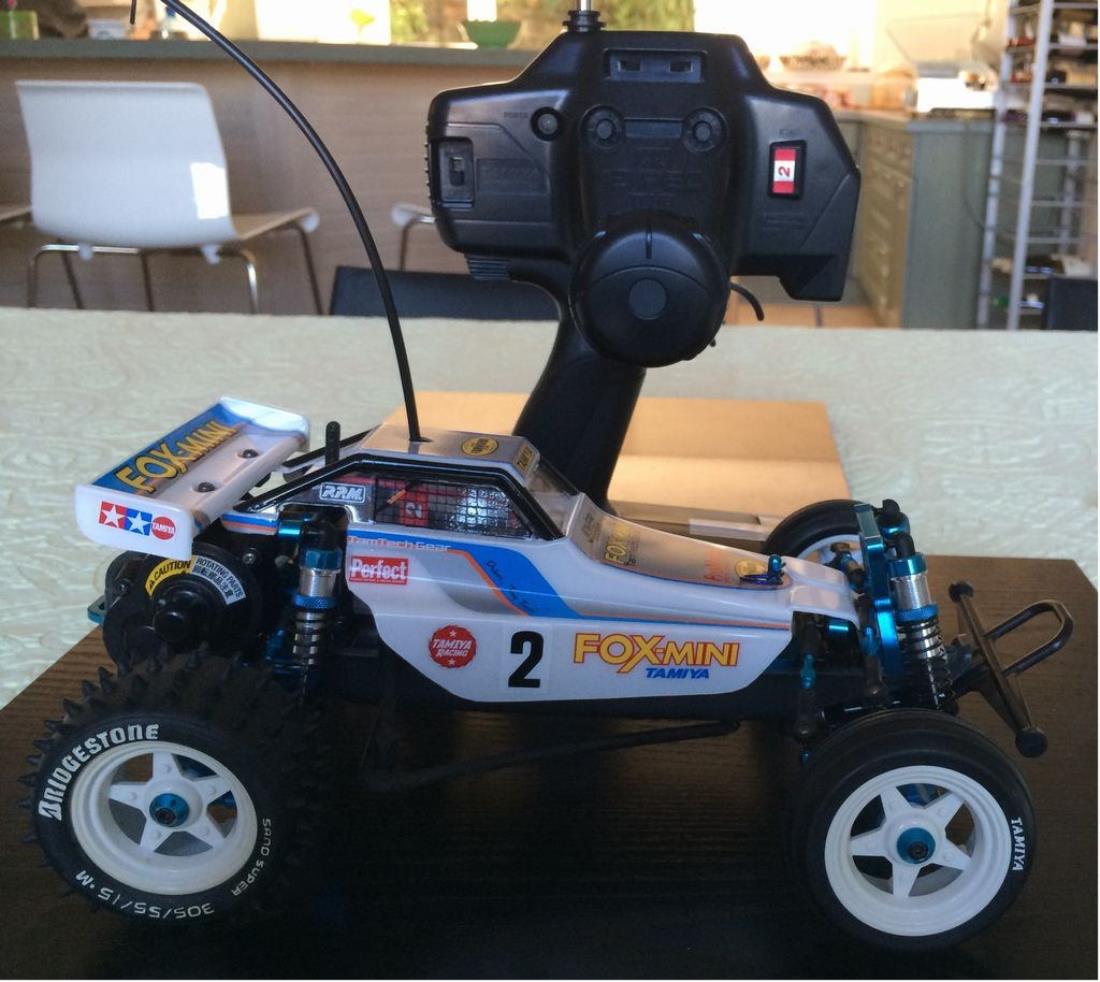 How it came. Lovely

If you liked those pictures, you should see these...
There is nothing I don^t love about this look.

Those rear tires on it don't look like the OEM type??? That said, perhaps the OEM rears will be better suited for your needs???

@ Crash - Are they not? No clue here but I know the Mini Fox had more slender ones.

Indeed, rear tires are not the stock ones; they are pretty rare and come from an old 1:14 Kyosho. But even with stock tires, you have to glue them if you don't want to see them flying all around the place! Stock tires is ref 40112 (spikes wear very fast) but you can also use ref 40156 (Buggy Champ ones).

Nice score! I've come to really like these after overlooking them for years....now I have my eye on a couple on Ebay.