Rescued this one from the 'bay for a surprisingly reasonable price - probably because it was listed in error as an Avante. It's complete and under all the dirt is actually in good condition, it has all the usual signs of having been in storage for a long time e.g. badly cracked/perished tyres an the bearings have seized solid. Like every other used Egress/Avante I've ever bought it is covered in mud etc. Have you ever bought a clean used one?! I have a theory that they rarely got cleaned because they were time consuming to strip down and reassemble or because they invariably something broke on it and it just got left in a box waiting for ebay to be invented ;)

This one is on the 'to do' pile and will get a clean up and light restoration when I get around to it. 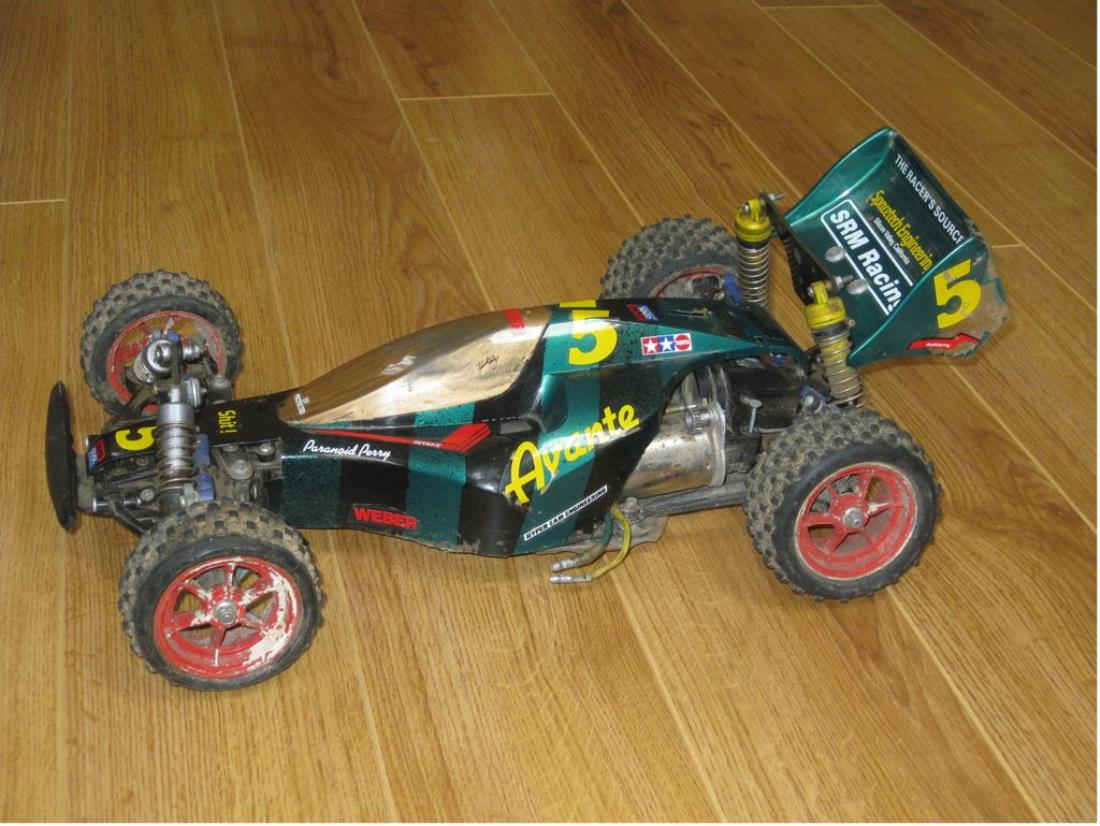 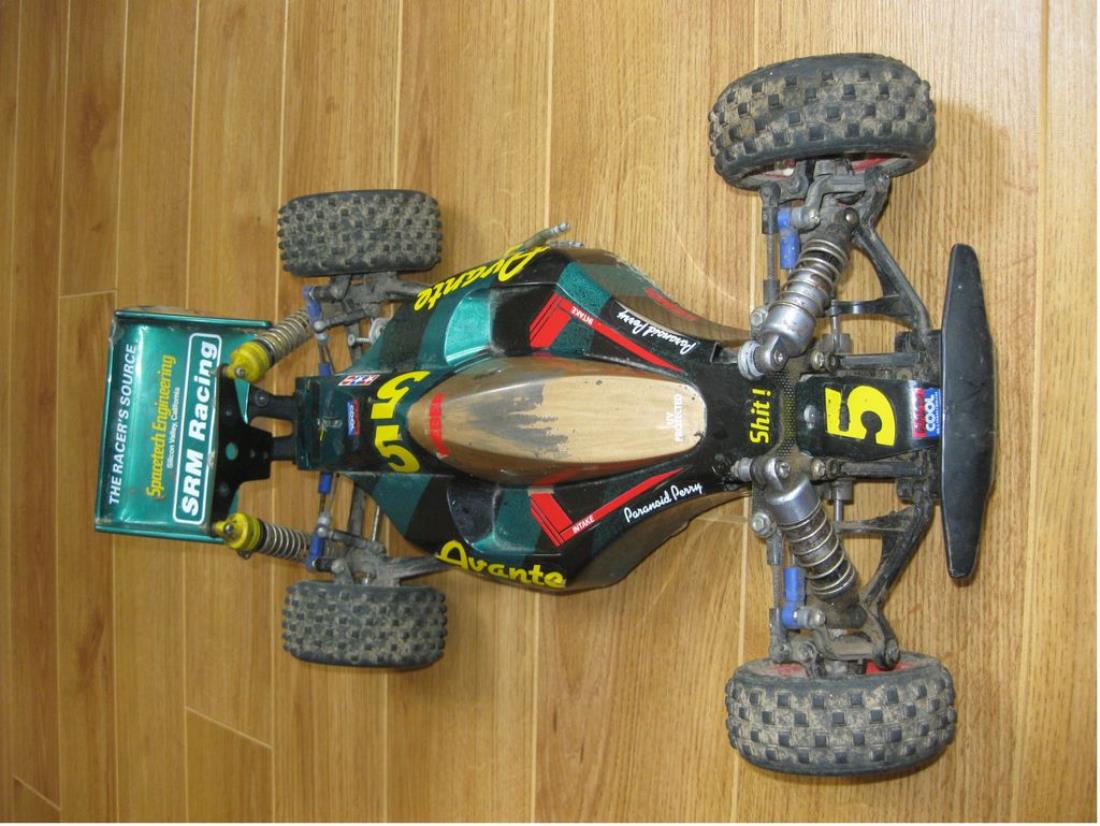 Gold tint to window upsets me and will have to go 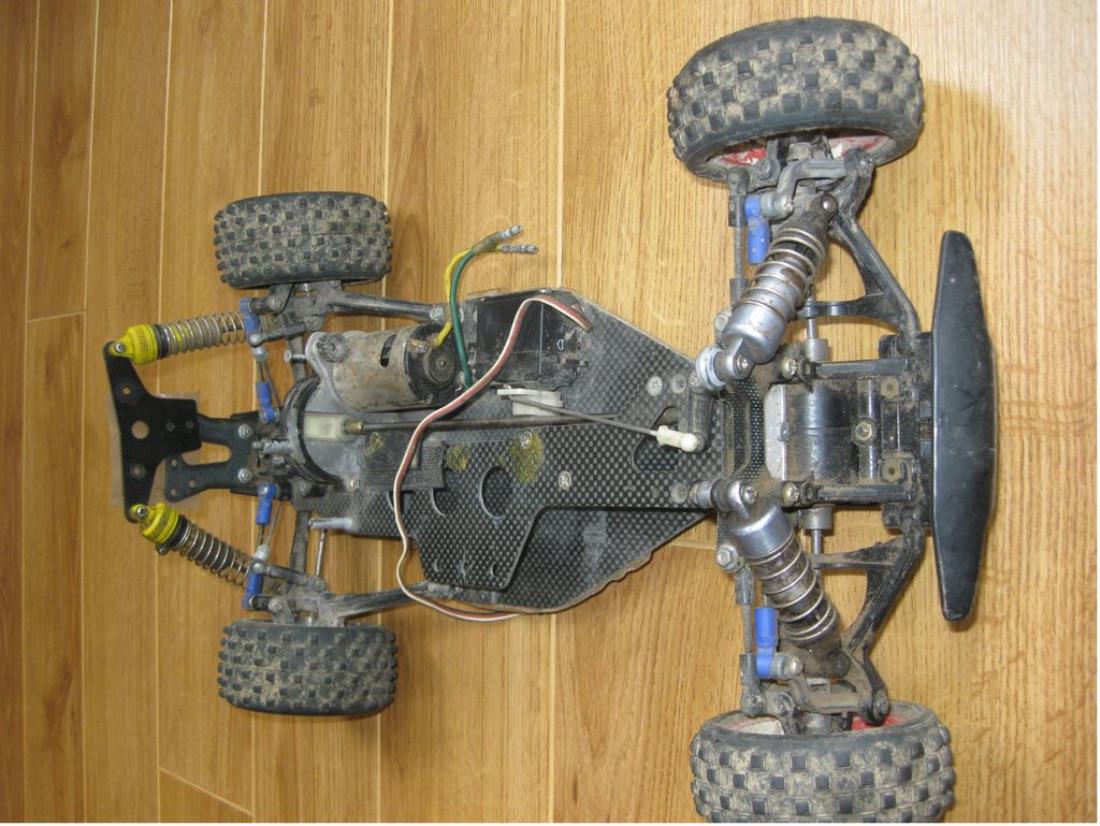 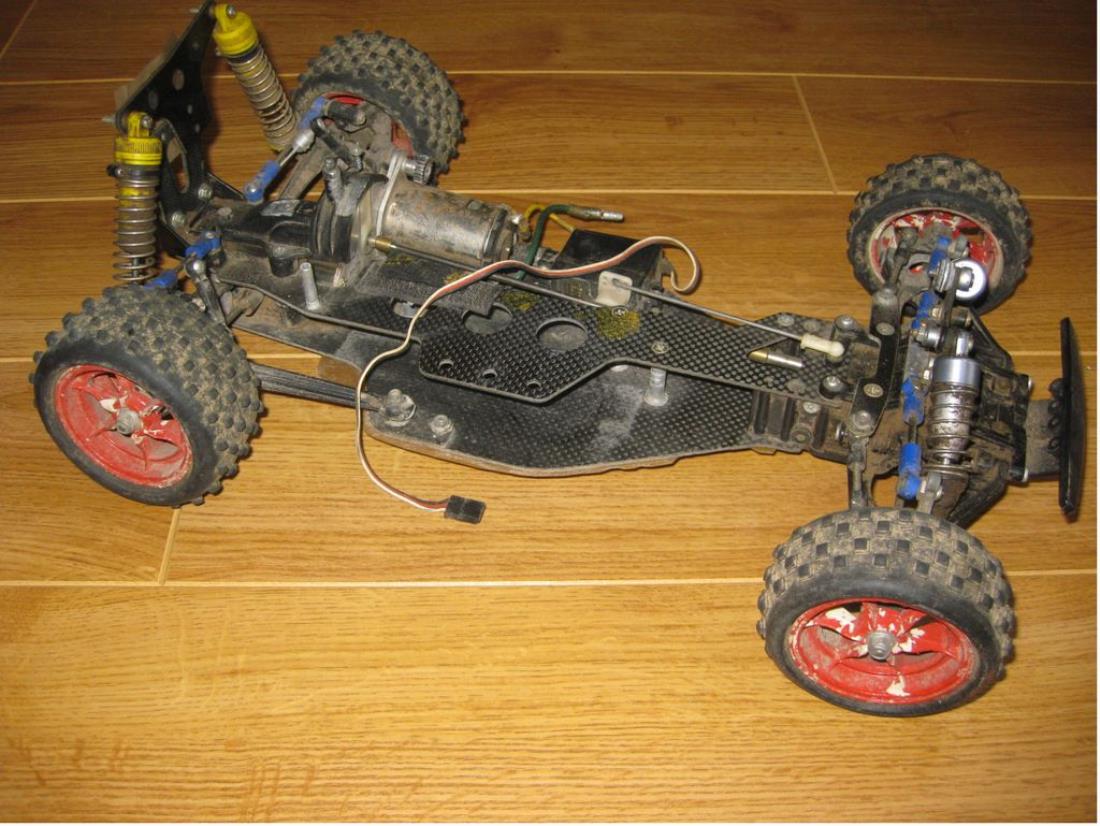 Mud was supplied for free

If you liked those pictures, you should see these...
Risky business

Nice find, always good to pick up a member of the Avante family, regardless of condition.

Parden my old eyes, I will be getting bifocals very soon, but how does that work with a broken prop shaft? Also, not only are the bolts optional for the rear shock tower, but also the correct rear shock tower, that looks straight off a SuperShot as do the shocks. Good find and the more mud, usually the cheaper the auction price, but then the postage price soars due to the weight of it all.

The gold tint is not nearly as upsetting as the bolt-on shock tower, I think... Looking forward to the restoration!

Thanks for the comments guys

Crash Cramer: You might need to speed up your prescription for bifocals the prop shaft is intact but I'll put it down to poor photography on my part

But you're quite right about the shock tower/shocks but when fitted properly will probably work better than the original kit set up.

I've only just noticed the somewhat risqué sticker on the front nose of the shell. I assume that was applied by the previous owner but I think it's an overly harsh description of this car

Spike - could be reflection of previous owner! LOL at the spare pinion on the top motor mount screw. With some work and a new shell should scrub OK with that carbon fibre chassis! A cheap Varjra Kit will have all the spares you need!

Well, now that you point it out, I can see it was the upper deck obscuring parts of the prop shaft, but onto the decal, perhaps it was the driver's remark about the visibility!!!

Aussie TF - good idea about the Vajra kit - they were selling them off cheap, I'll have to check to see how much they are now.
Crash Cramer- I had a laugh at the driver's visibility remark

Now the turn to turn it to real Egress!