I like lights. No, I love lights. The problem is, many of the Tamiya cars I have barely have buckets for the fronts. I have now decided that with 3D printing, LED's and some wire, there is no reason I cannot have lights everywhere.


The story of this project begins with a very dirty little Pajero that I won on ebay a few months back. The guy had a BIN for something around $150 and it did have a new TEU104 speedo and a 2.4 ghz system but the truck looked like it was a mess. So I then saw the “make offer” button and made one; and trust me it was a low one. A couple days passed and I forgot about it until I got an email saying I still hadn’t paid for something on eBay. I looked and saw that the guy accepted the offer. A few days later it came, in a box too small for it. Amazingly nothing was broken and after a bath, I found that this truck was almost a new build! The body had been rolled a few times but over all it was near mint. I added ball bearings and a 105bk as the 104 had nowhere to get power from (the listing said it wasn’t working. The power lead on the 104 wasn’t plugged in). Anyway, I drove it around a bit and felt that this would make a great next project.


I modeled up some light buckets for the rear and some matching lenses. The front was tougher since room was a premium. The white parking light would be fiber-optically driven from the head lamp, that bucket pilfered from a Toyota High Lift. The amber portion would be driven by a 3mm led plugged directly into the clear plastic. After some tedious cutting out of all the lenses from the body and verification of fitment, I got the body ready for paint.


I was at a model train store by the office getting some black paint when I spotted metallic copper Testors in a can. I was in love. I knew that was the color to shoot this guy. I found some images of a cool factory paint job and went to work! There are no decals here; all you see is aerosol cans and some Tamiya masking tape, and a few weeks of drying time in total. I am debating on the bumpers trim right now, I know they need to have black end caps and over riders but we will see how I feel about that. I made my own front fog lamp setup and am working on some running boards for it. The fog light wires pass through the front air inlet ports below the grille.


I added some front Parma Hornet shocks to the front end and then made a new lower mount for the Hornet rear shocks to fit in place of the Pajero rears. This was basically done by stretching the stock mount. Of course, that was 3D printed also. Those shock mods made a huge difference on the trucks ability to bloody straight, for once.


I need to thank CrashCramer for the window on the truck and for yelling at me that I don’t do the shut lines on my models. He and Tamiyamandan both recommended me some products and here we are. As usual, if not for Toykid, I would have never even discovered Shapeways so once again, my hats off to you buddy.

Here is the link to the thread: 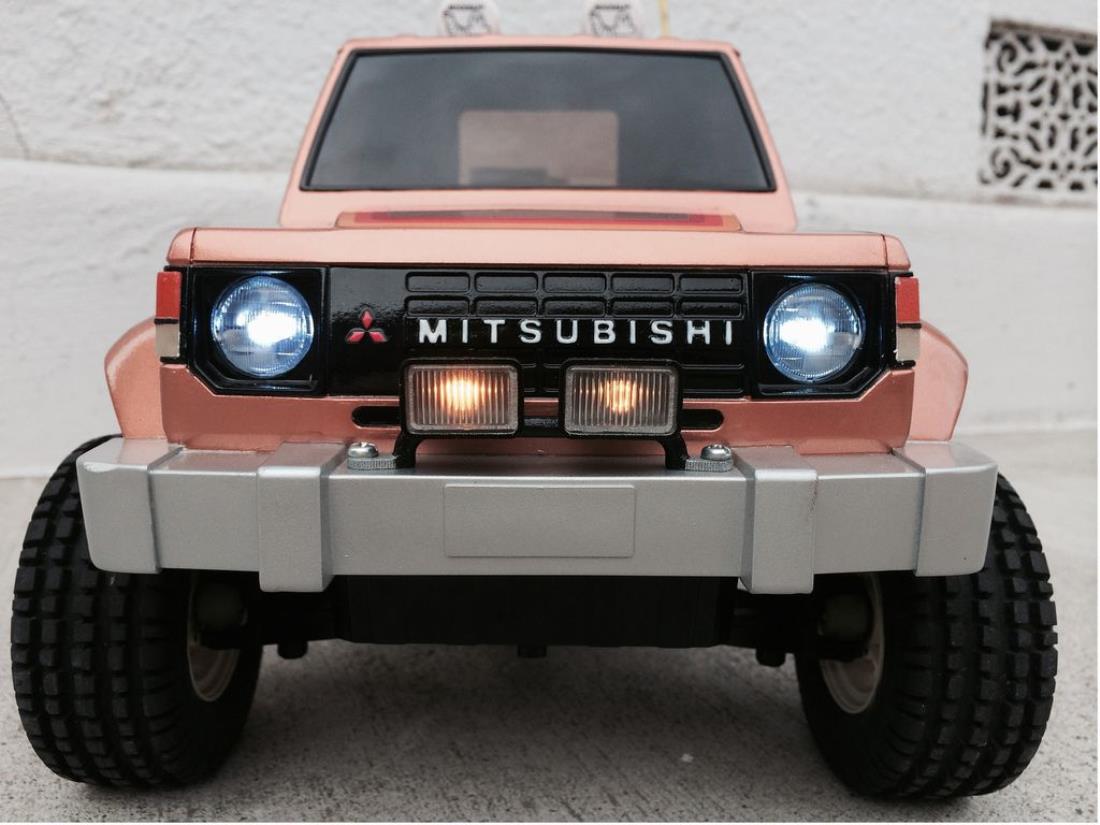 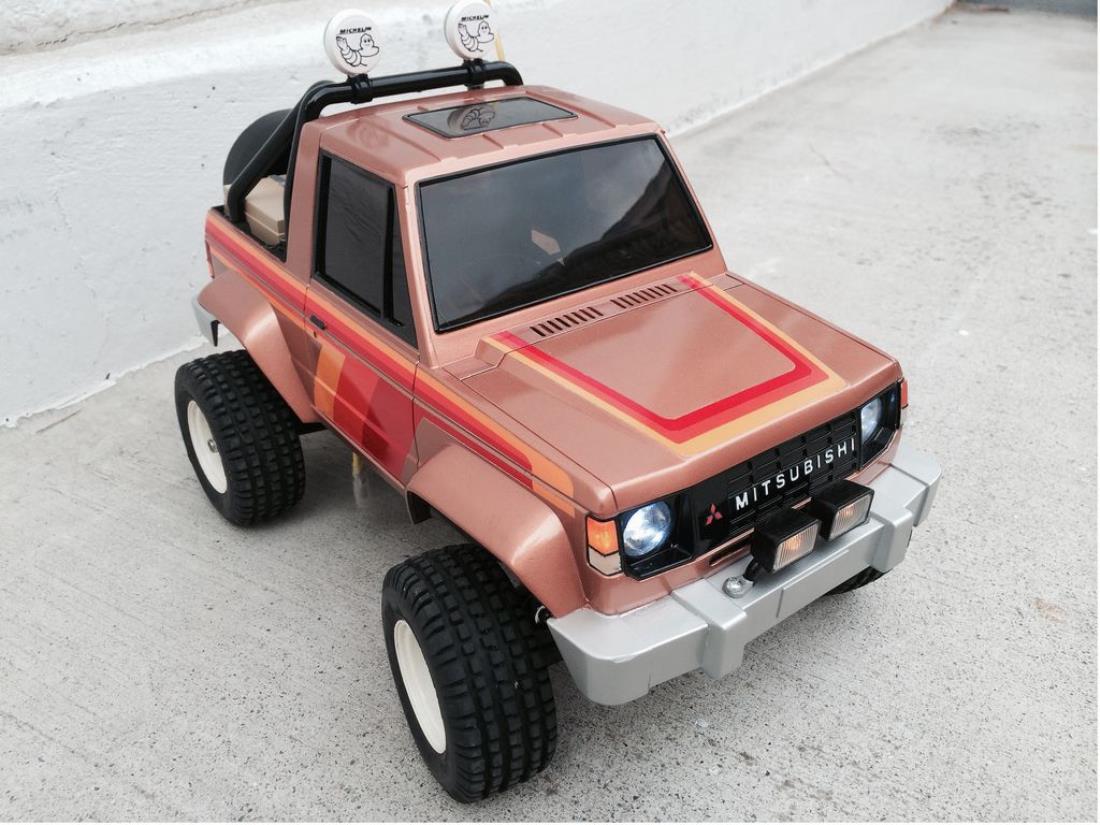 I dig that copper color. 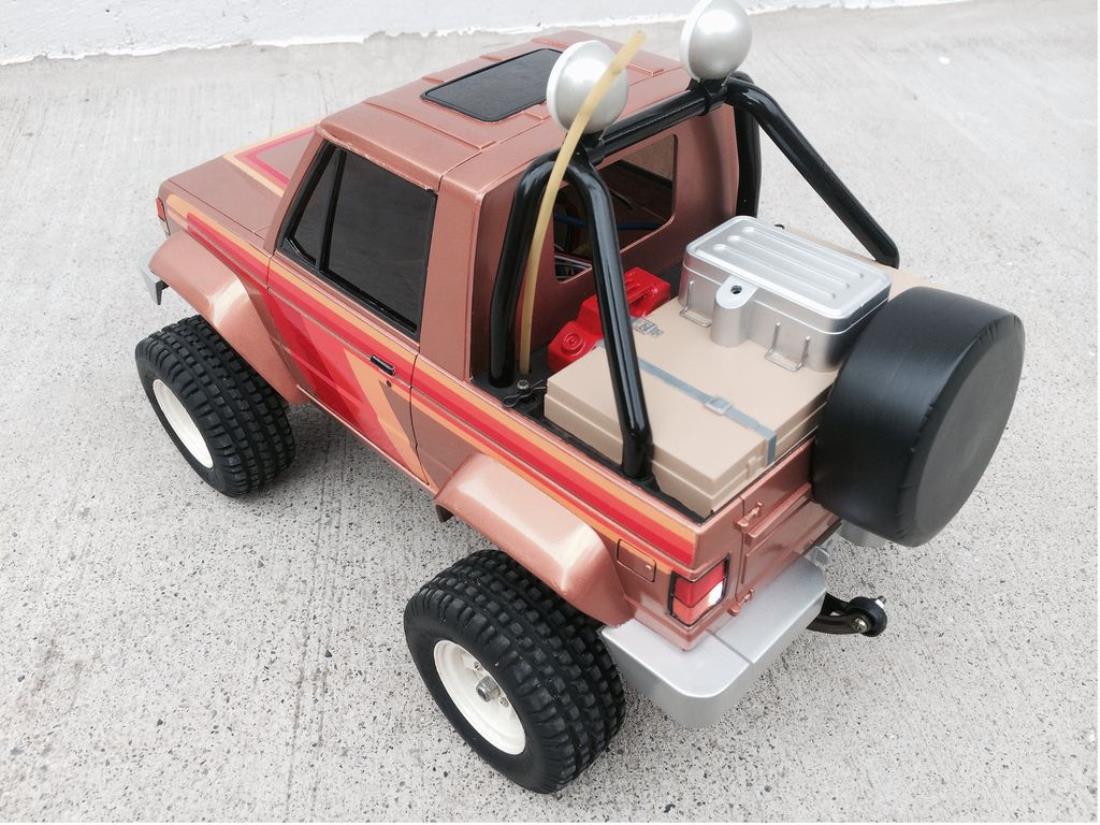 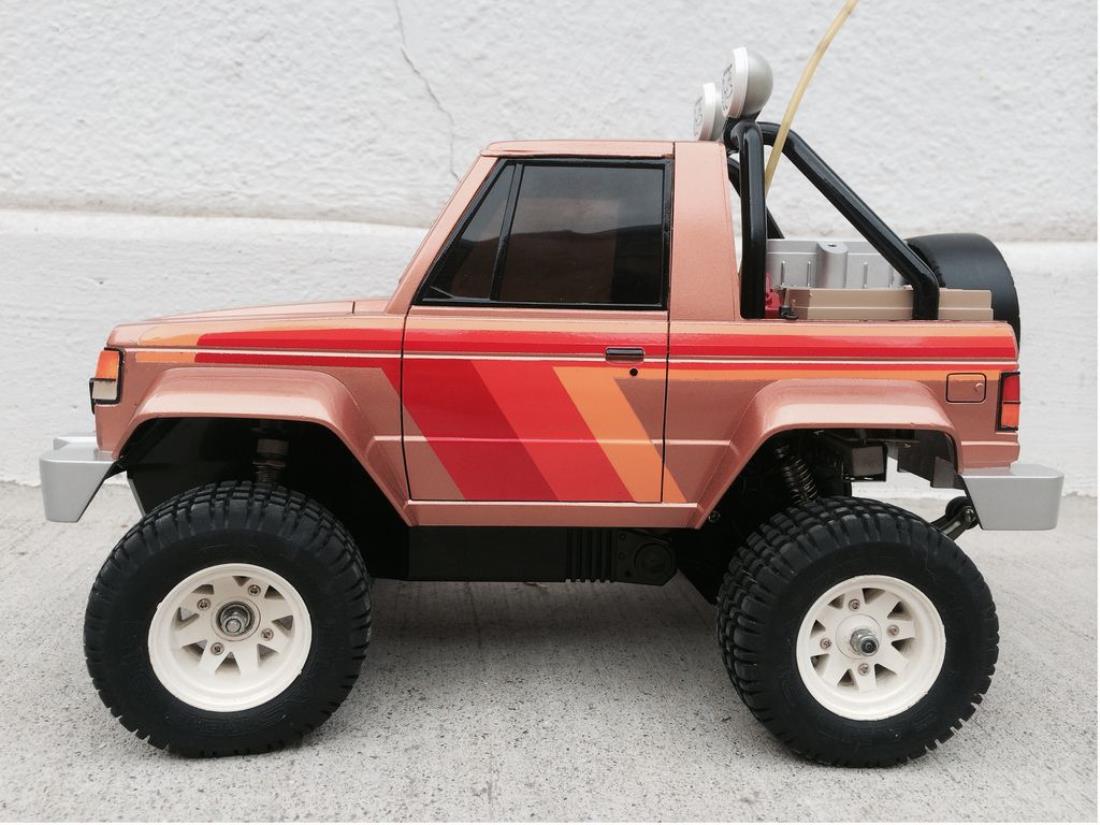 That's all paint there... 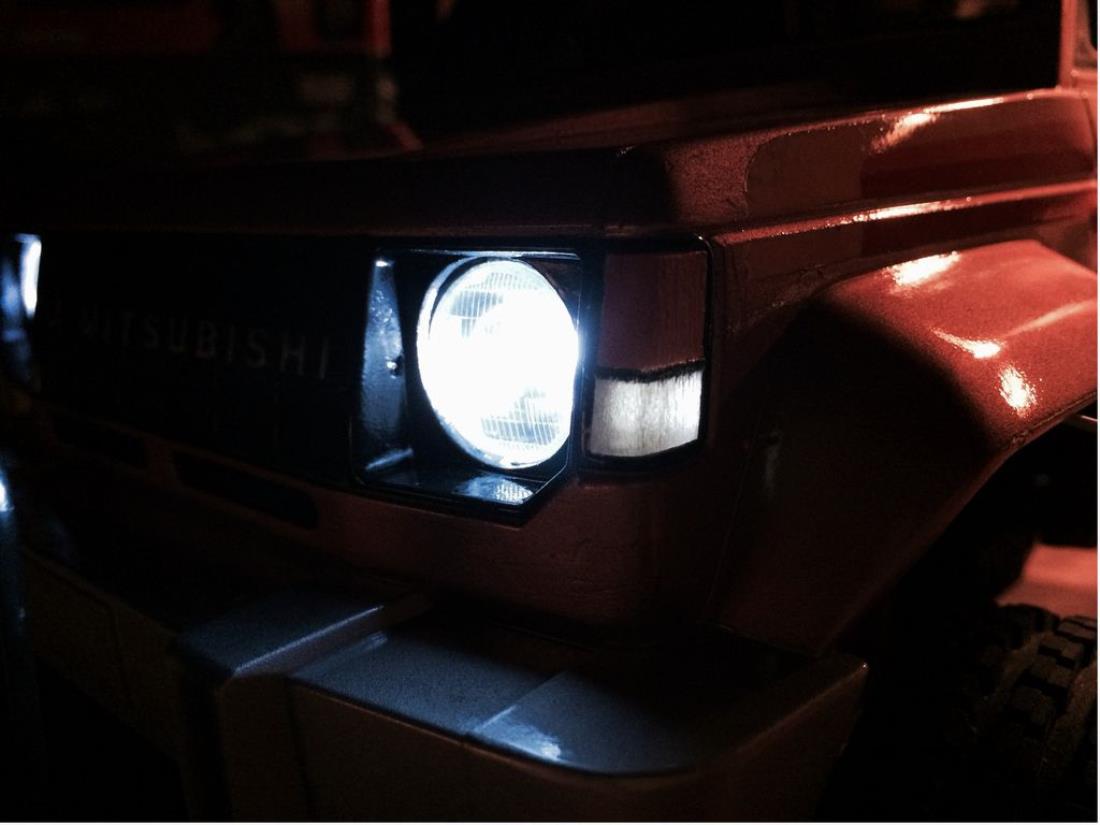 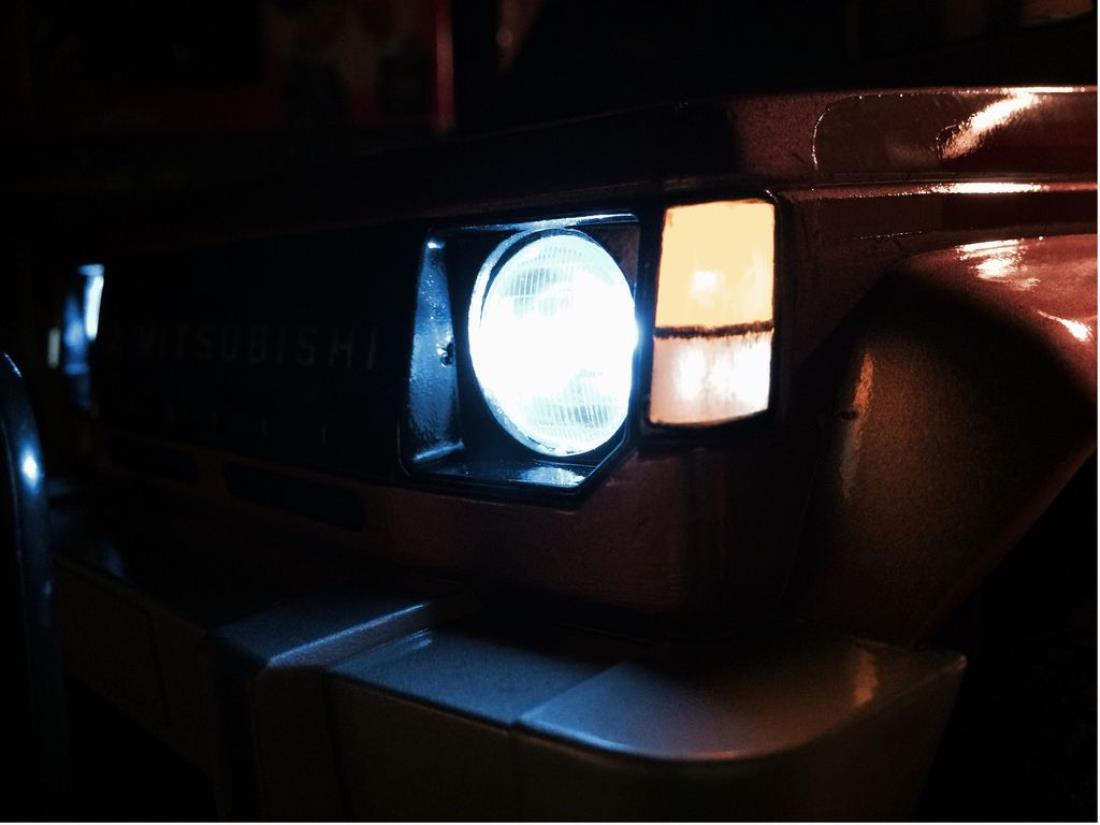 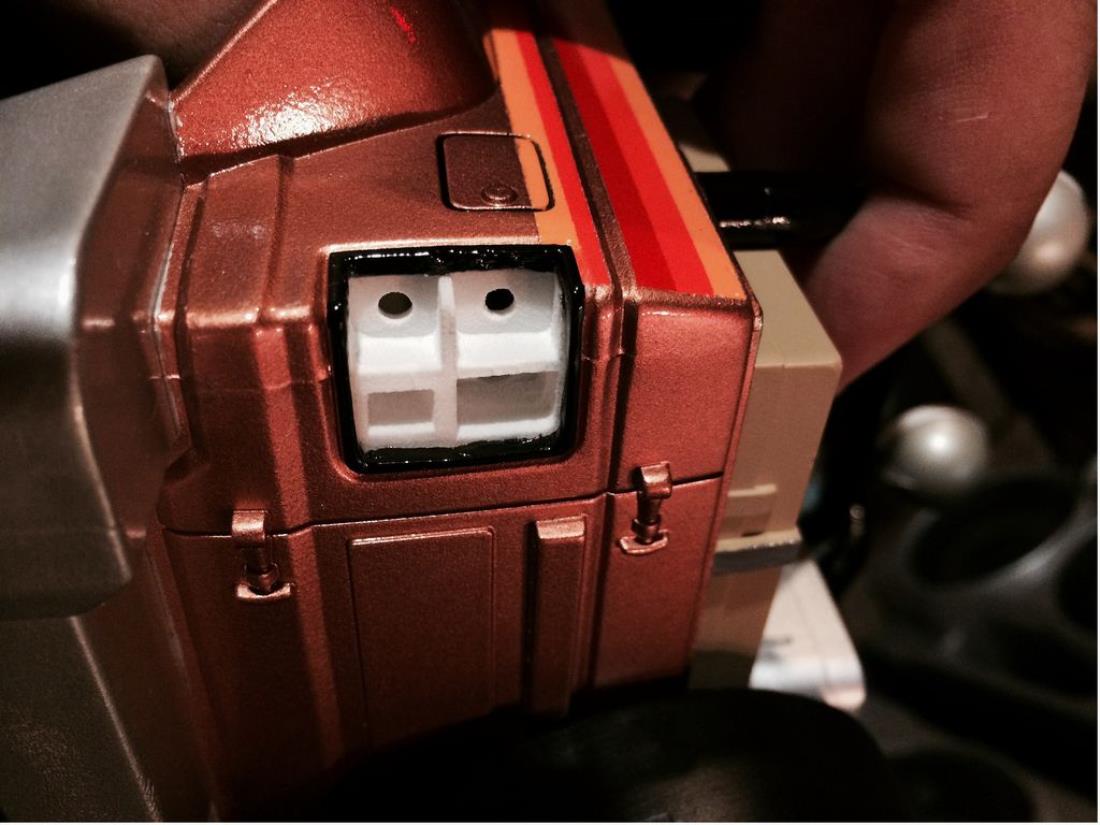 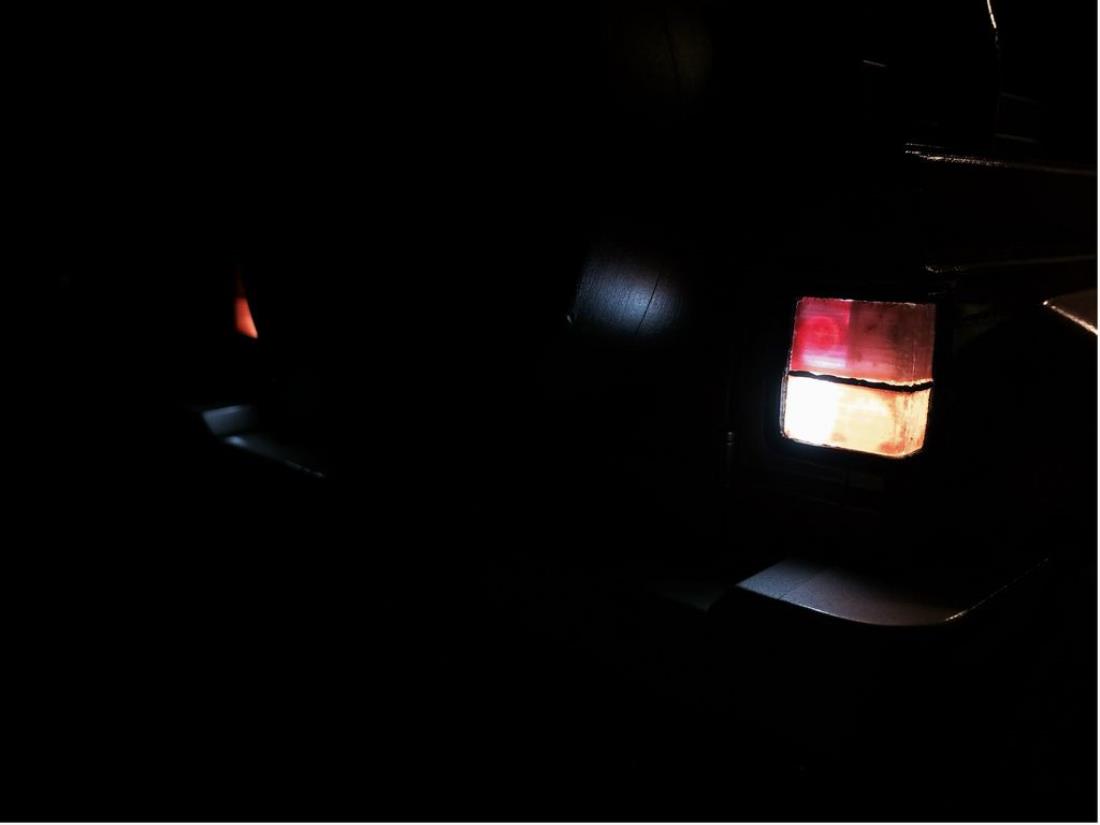 Reverse, turn and rear lamps on. 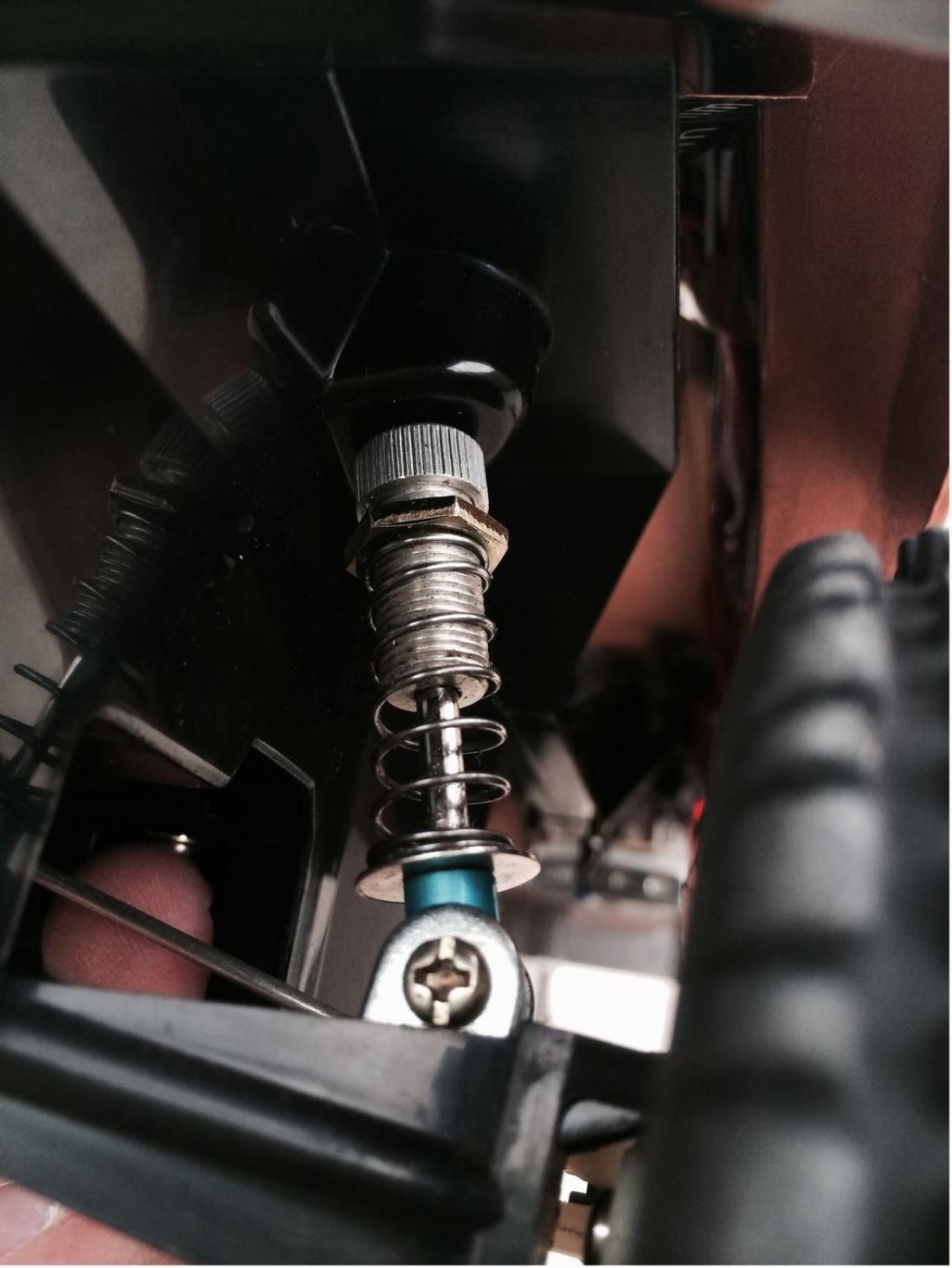 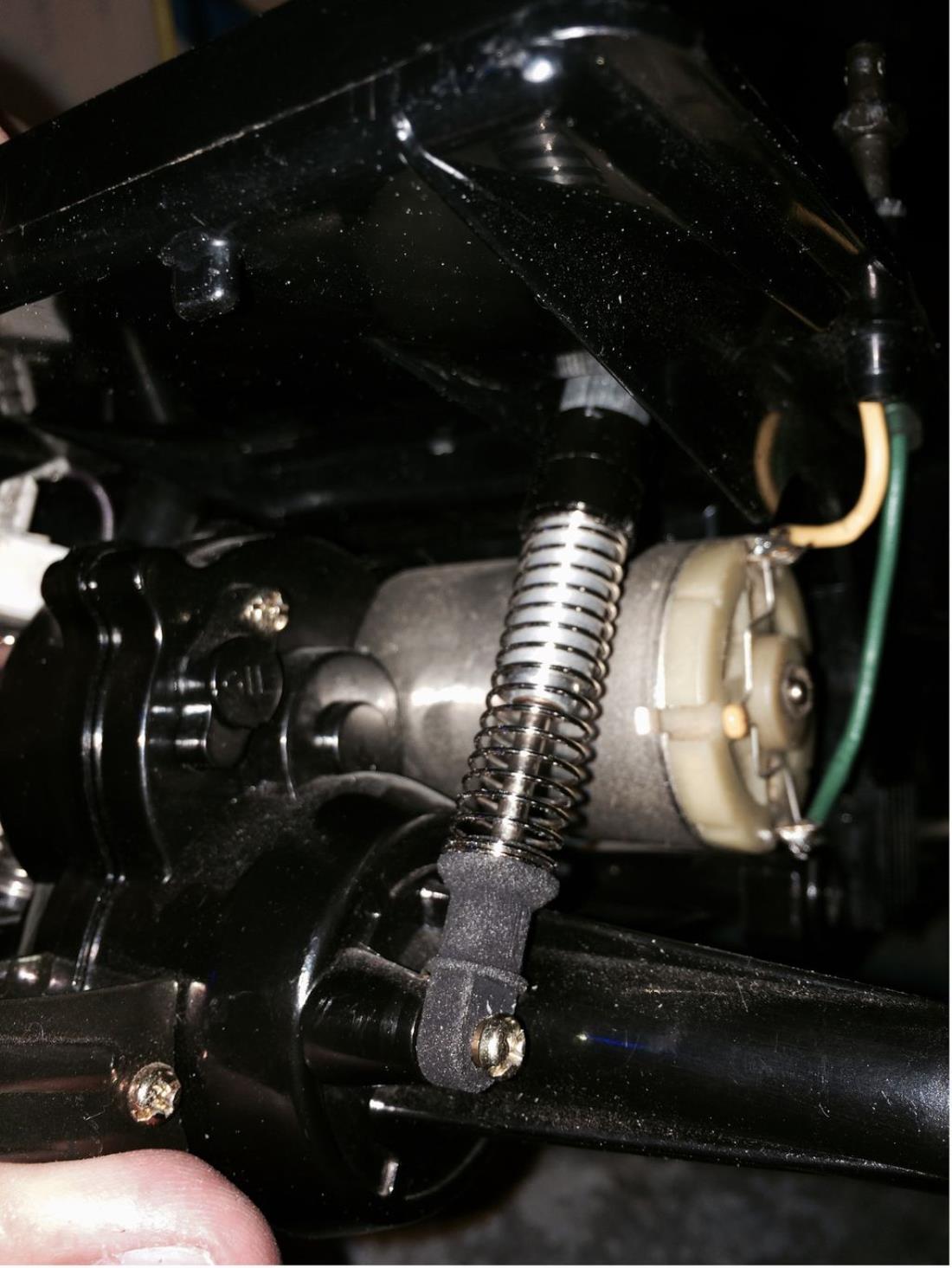 Hornet rears with my custom mount.

If you liked those pictures, you should see these...
Lights, Camera, Action! Well, just lights...

Superb attention to detail - that hard work shows! The copper looks spectacular, and the stripes are very well done. Overall, a build to be proud of!

Superb! This is the modelling aspect the RTR crowd misses out on. You guys and your Shapeways creations are always inspiring. Once again, that is a gorgeous Pajero you've created!

Very beautiful work, it is magnificent.

Incredible job about the lights!!!!

Looks great, i like the 3D parts. Great job.

Cool truck , some nice light work on there - and yes I dig that copper look too

Wow. Excellent job with the lights!!

Thanks everyone. It was a tough one but it prepped me for a more complex lighting build that I am going to start soon. That will make this look like I duct taped a flashlight to the roof.