I've just bought a car and some spares off a guy that lives local to me, the lot included the remains of a Yokomo YZ10 '93 (I'll post some pics of the car later). We did the deal and I was about to leave when he asked me if I wanted a box to carry the stuff back to my car in, I said that I would and he returned with an ordinary brown box and this kit box lid. He'd been clearing out some of his brother's old RC stuff (who was a hard core racer in his youth) and considered this rubbish and had chucked this in the re-cycling bin. It was only that I said I wanted a box that it jogged his memory about it.


I'm no expert on Yokomos but I know that Works '93's are pretty rare and the kit boxes even more so. This box is obviously in very poor condition but it's been autographed by Cliff Lett (Associated team driver/designer and world champion) and Masami Hirosaka (Yokomo team driver and multiple times world champion)! I can only guess that the original owner got it signed by both of these RC legends in the early 90's.

The pinkish coloured 'Works 93' stickers on the box have simply been applied over the original Works '91 art work.


It's a shame that it's so rough but at least it didn't end up getting re-cycled - another piece of RC history saved :) 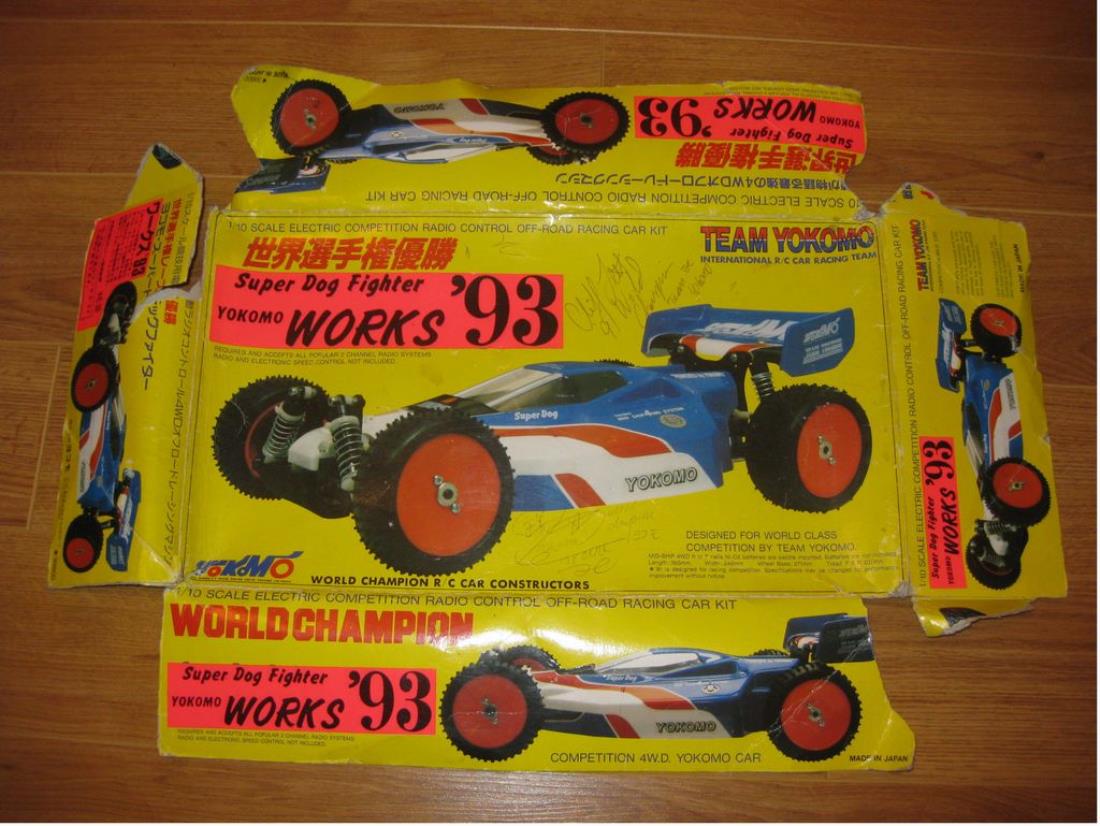 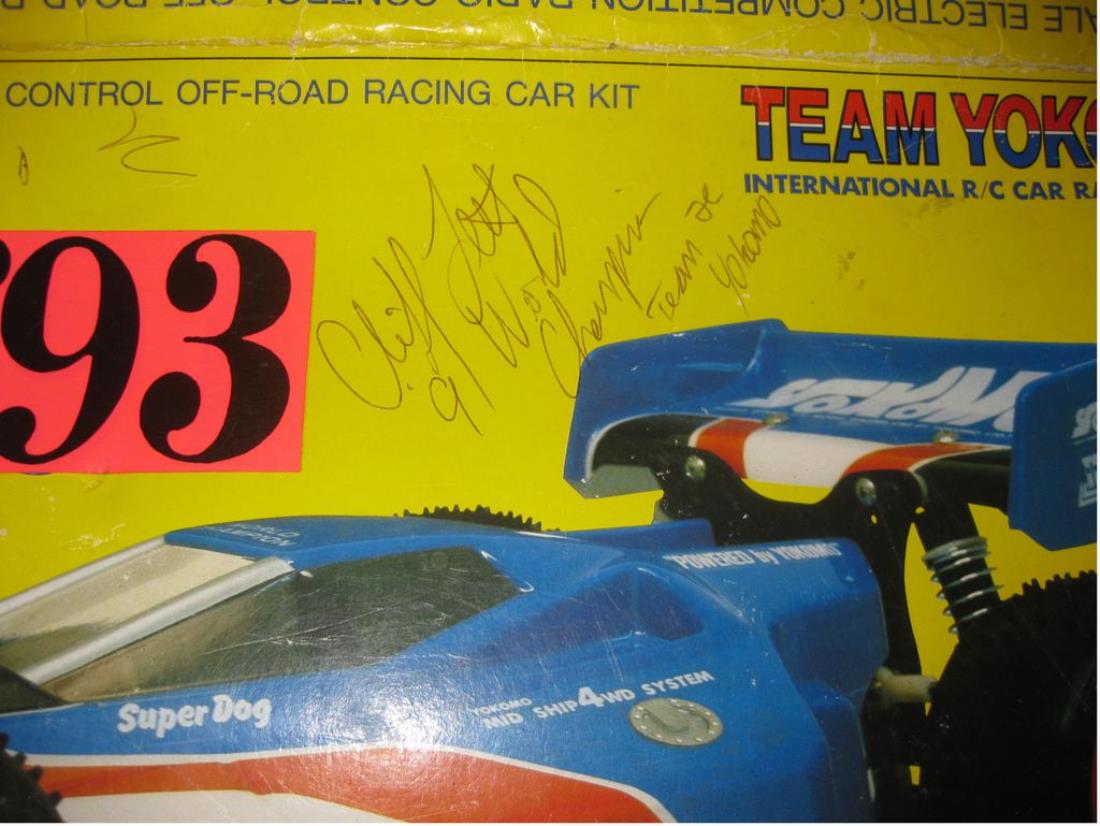 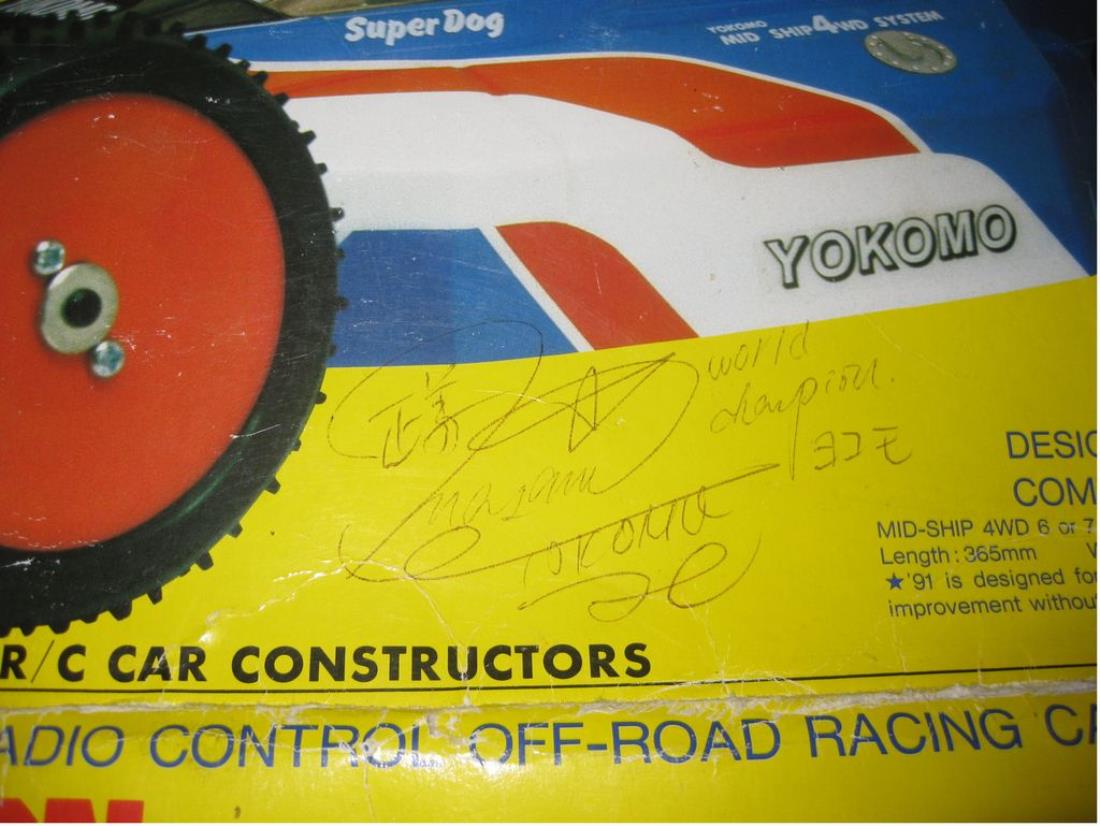 amazing save and you could just frame it up like it is and it would still be a one of a kind not to be seen again box. It is in WHAT it is that the value is. If there is any doubt that the signatures are real, you could probably track down both those guys as they are likely just a bit older racers these days and they could sign a letter to you and the autographs could be compared at that point. It isn't like a Hollywood celebrity's autograph, but it would help 'Sell' the authenticity if you have some back up should you ever decide to part with this box top. Just my 2 cents worth.

I got Jamie Booth to sign my lunchbox at the Revival. (sounds a bit wrong!)

Well played with the box.

Thanks for the comments guys