This is my Xpress MRR2 (Mini Road Runner 2). It's a four wheel drive M-chassis (by belt drive). Xpress is an Asian brand of radio-controlled model created by the Sun Sun Company Model in the 90s in Hong-Kong.
From 1990 to 1993 the TOMY brand created a fantastic Off-Road model: The Intruder. The Intruder was sold in three different versions: Intruder Adonis, Intruder Standard and Intruder EX. The Adonis have been mainly created for the Chinese market, because of the difficulty of access of the other global brands.

Unfortunately, in 1994, because of a uninterest, the Tomy RC branch have disappeared (I don't know why because the Intruders were great models). At the end of 1994, the Sun Sun Company bought the studies and molds from Tomy brand to conceive a On-road car: The Xpress brand was born ! The Xpress brand was responsible of this new project. In 1995, Xpress brand made a world appearance with two great prototypes: the 962 and the 968. These two On-Road prototypes were designed with Tomy Intruder parts (4WD by drive belts). From 1995, Xpress brand sold his first model: the 1995 Pro 1. At the end of 1995, they already sold the evolution of the 'pro 1': the 1995 Pro 2. From the start, Xpress brand understood that they had to always improve their products by test in official races and top-drivers help.
Next, Xpress developped: the 1996 pro, the 1998 pro, the 1999 pro, the 2000 pro 1, the 2000 pro 2 and the 2000 Mini pro --> Mini Road Runner 1 (M-chassis).
In 2004, Sun Sun model (owner of Xpress) changed business sector and sold the Xpress brand to a famous Hong-Kong RC shop: Dinball !
Dinball rapidly decided to conceive a new 4WD M-chassis (the MRR2). Three years were necessary to finish this project. In 2007 they started to sell the new MRR2 model. The MRR2 is a nice model made with high quality materials (fiberglass, aluminium, Delrin, ...). 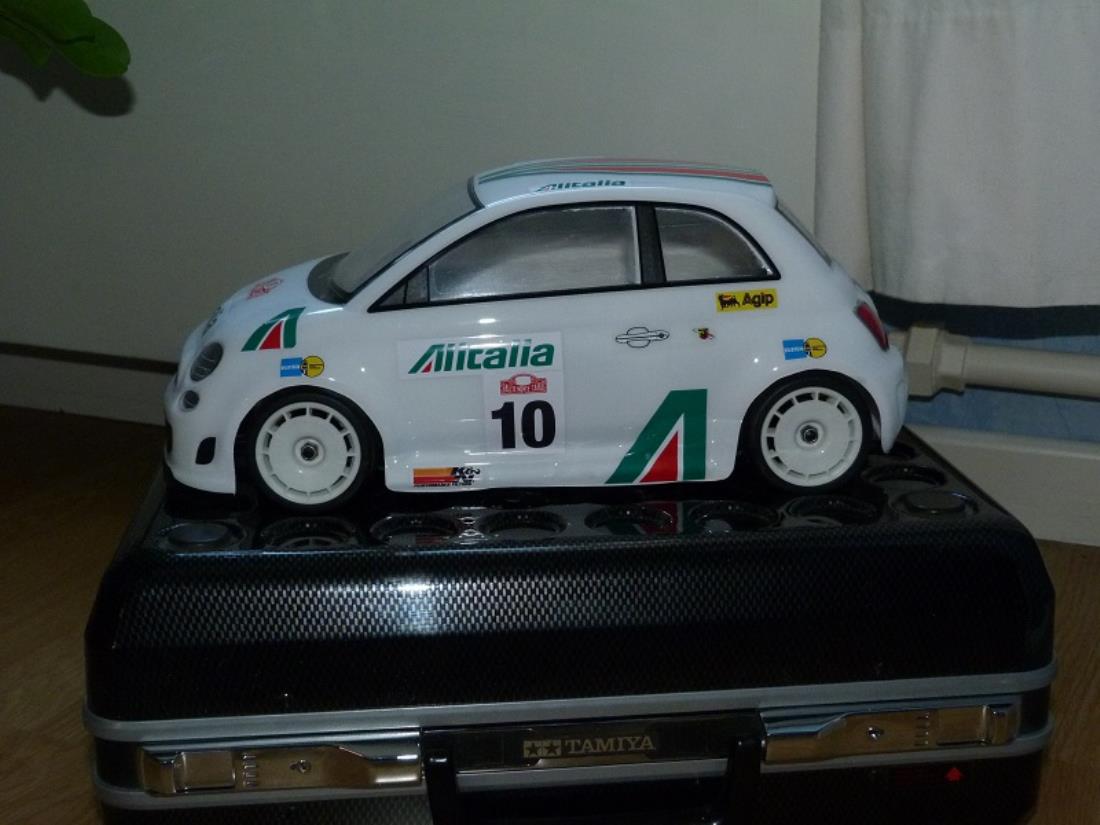 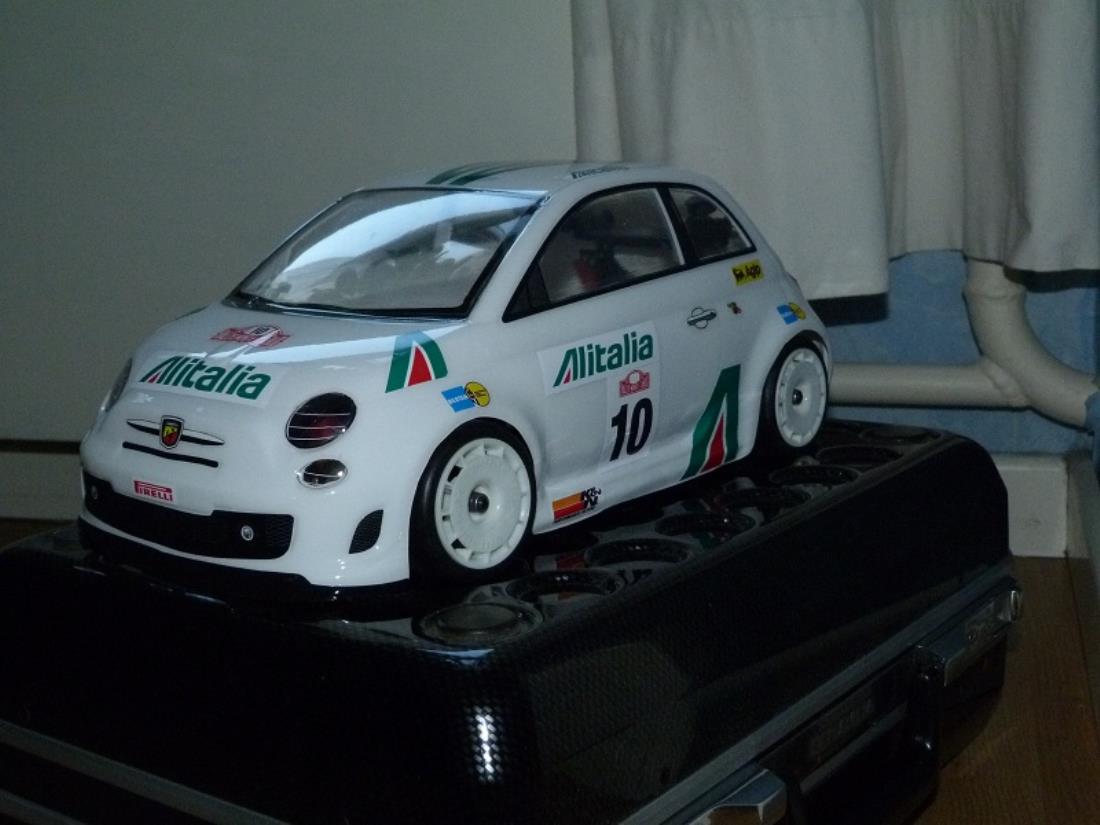 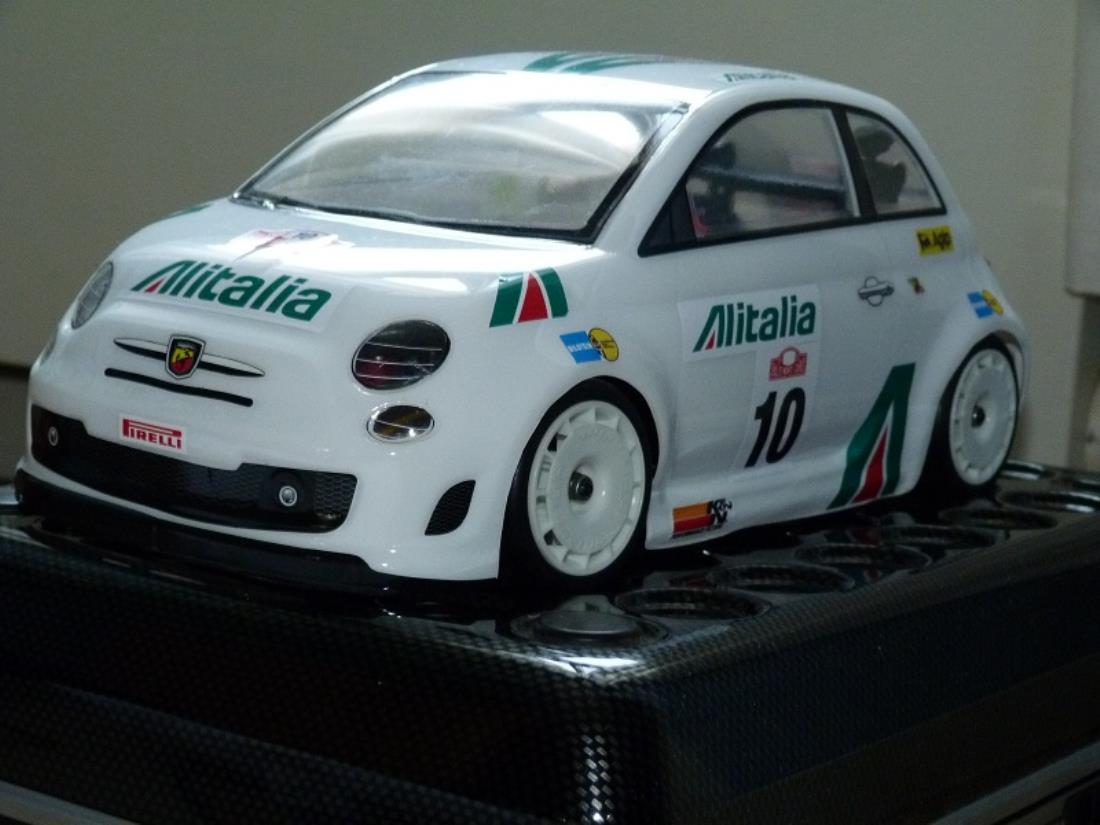 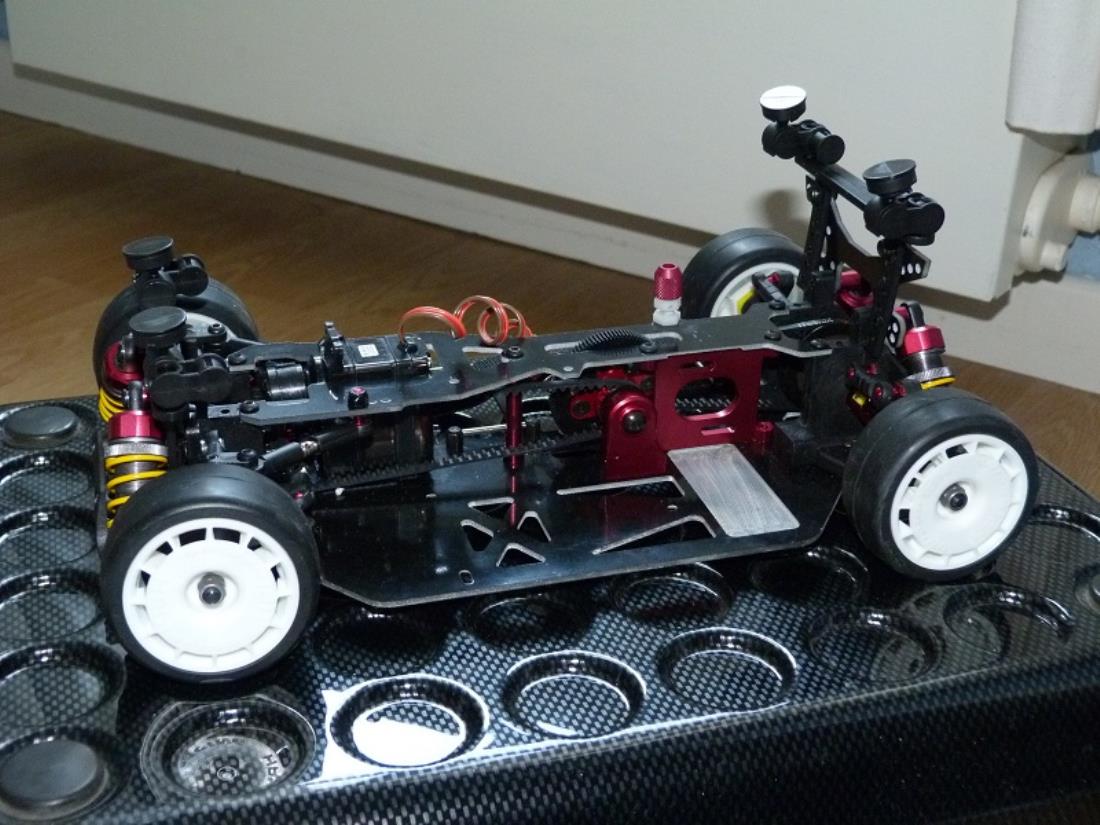 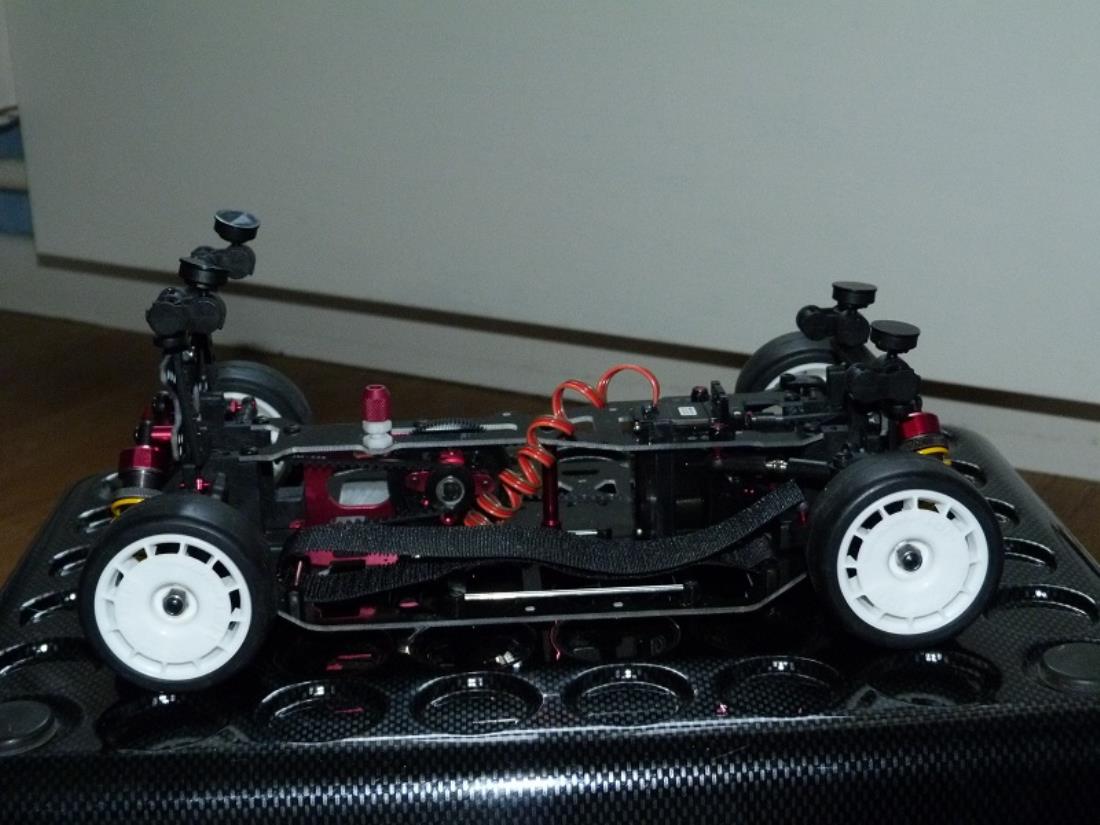 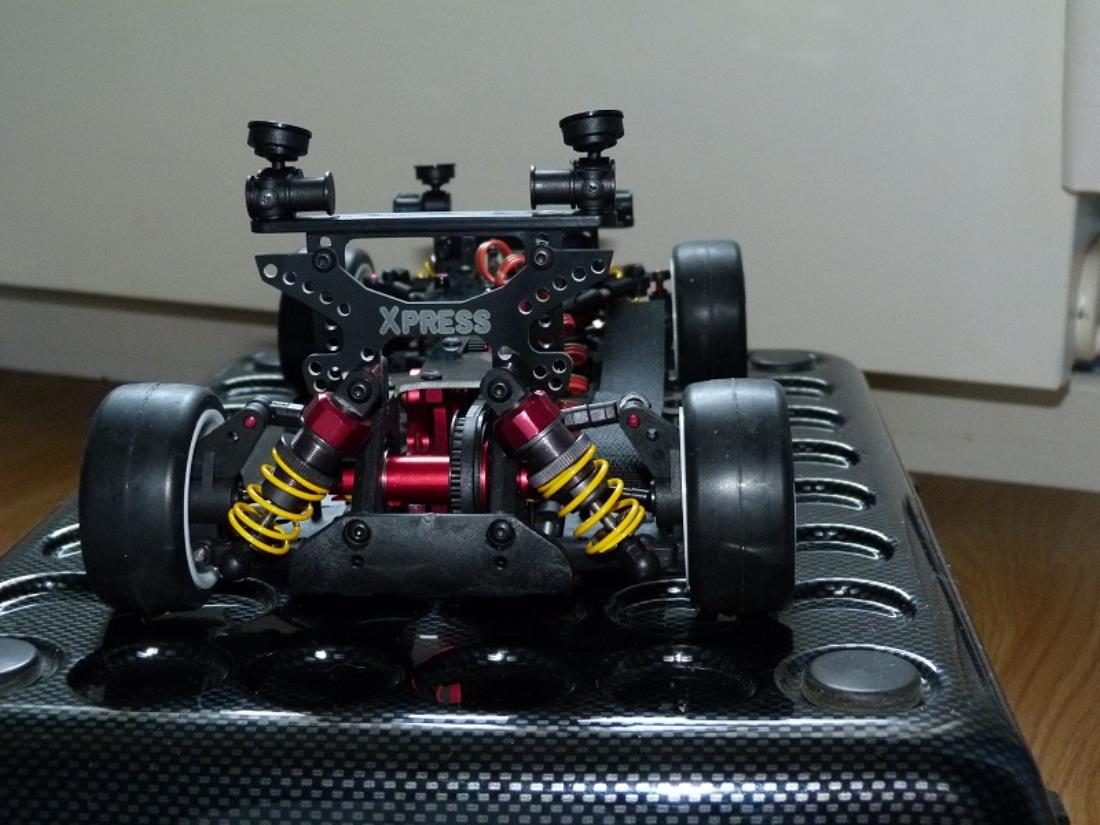 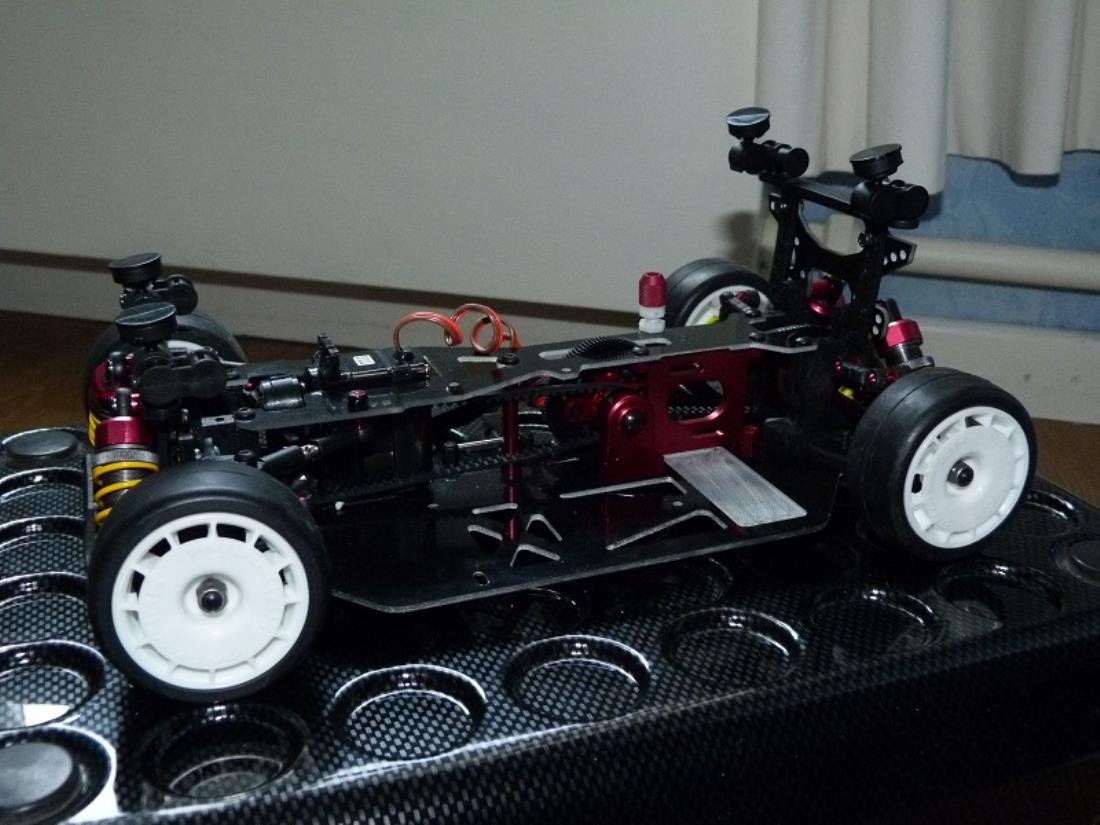 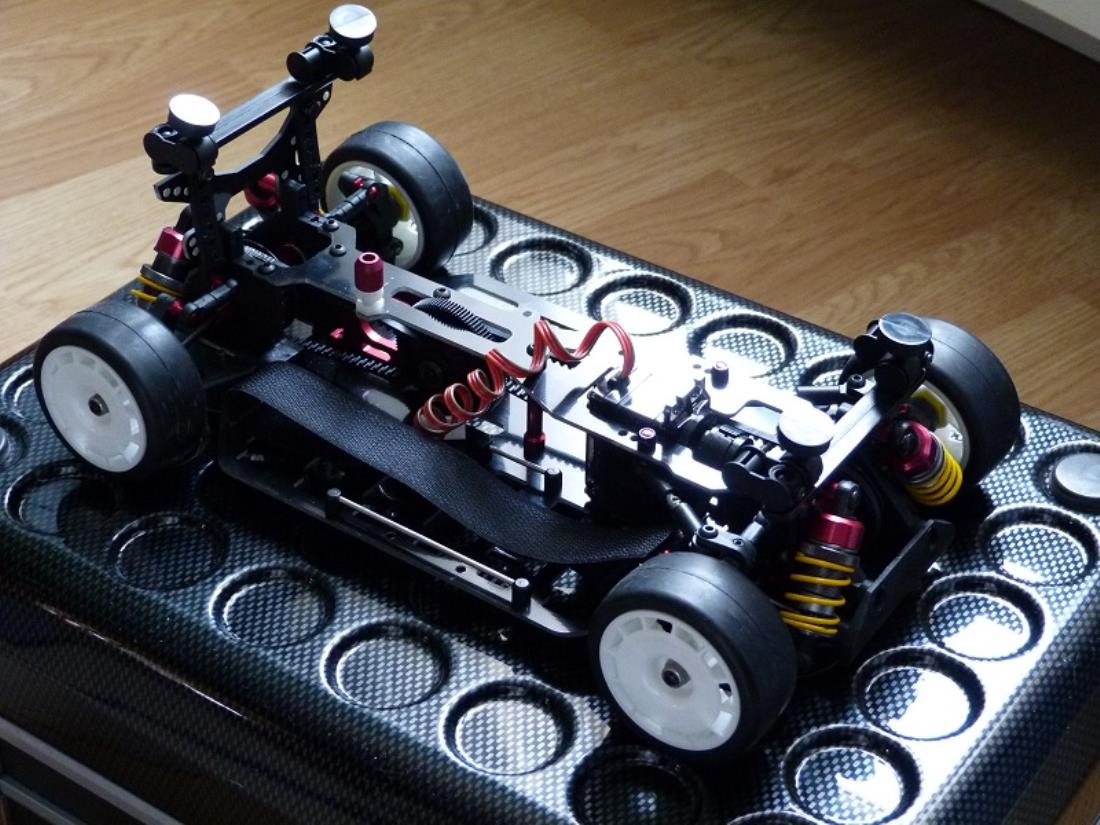 Looks fantastic - pressumably a nice platform for a mini drift car? Does it take a 540 motor? And what size batteries can it accommodate?

Nice looking model and some interesting history on the Xpress brand

These little Mini really hauls!! I still have their First Mini Road runner

I had almost forgotten about those rims. I think I found them in chrome once and was trying to sort out what to use them with. Neat looking little Abarth.

Yes, it use 540 class motors (brushed or brushless).
For the batteries you can use a standard 6 cells Nimh or 2S standard Lipos.