It all started with a casual 'getting to know you' sort of conversation with my boss at my new job last Friday, I've only been there a month and have just got comfortable enough to confess about my weird RC addiction ;). Anyway he said that he had an old RC car in his garage that I could have - I've been doing this long enough now not to get my hopes up when I hear this sort of thing. Usually the RC car mentioned turns out to be toy grade c*** . He came in early today and left the office before I arrived but he sent me a text saying that he'd left it on my desk but it was worse than he remembered it and it's broken. He also said that If I didn't want that I shouldn't feel bad about putting it straight in the bin because that's where it was going next. I have to admit I thought 'here we go again' more junk - just smile, pretend that it's good and say thank you. When I got in to work there was a scruffy looking carrier bag on my desk. I wasn't going to bother looking inside it straight away ( I was that sure it was going to be rubbish) it was only when I picked it up to put it on the floor and I felt some familiar lumpy bits. I peeked inside and I could have wept - it was a bloody YZ10! Deep joy :)

Well to be precise the remains of a YZ10 '91 Works - I think (if I'm wrong let me know). It's in pretty good condition and has a few useful upgrades 1) Fibrelyte chassis 2) aftermarket motor mount and 3) alloy ball raced steering. These are all particularly tasty but the rest is a bit scruffy but would make a nice 'guilt free' runner. It isn't missing a lot of parts, the majority of which shouldn't be difficult to get hold of.

So far so good but it's given me a bit of a quandary should I build it up and use it at the coming Iconic RC Revival meet or stick with my ridiculously named Tomy Intruder. What do you think? 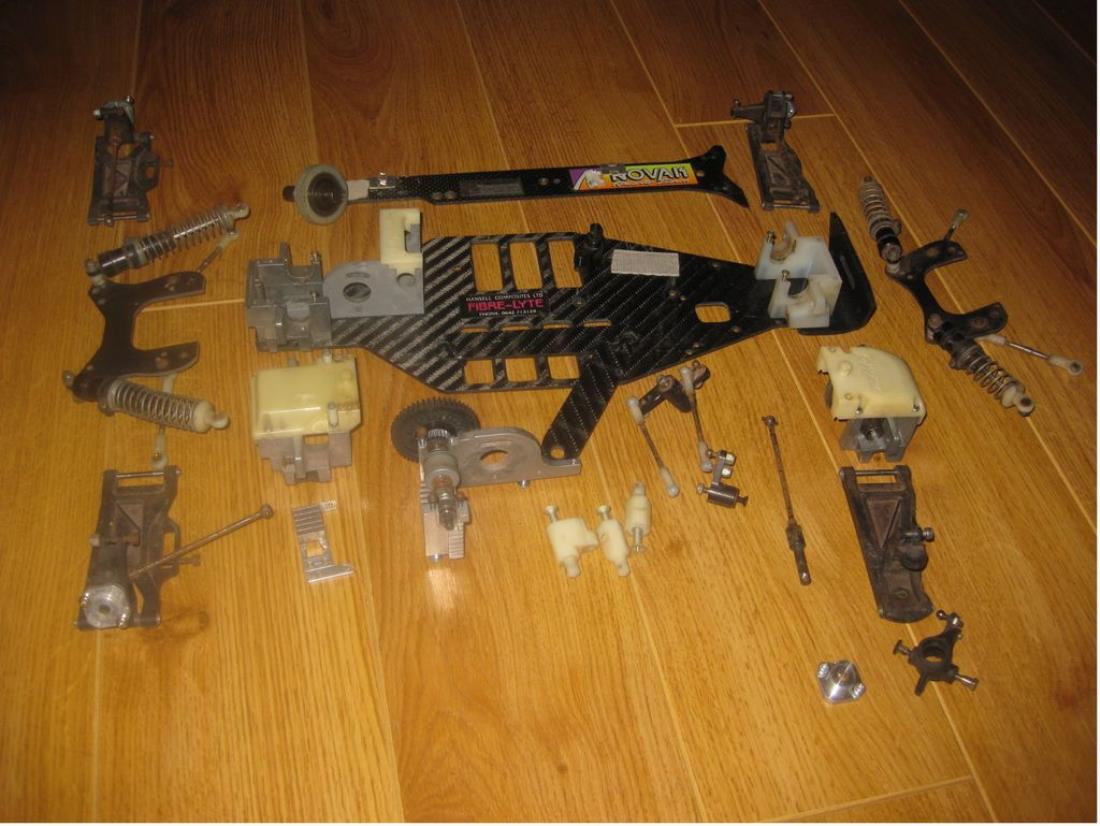 I call this a 'road kill' style photo 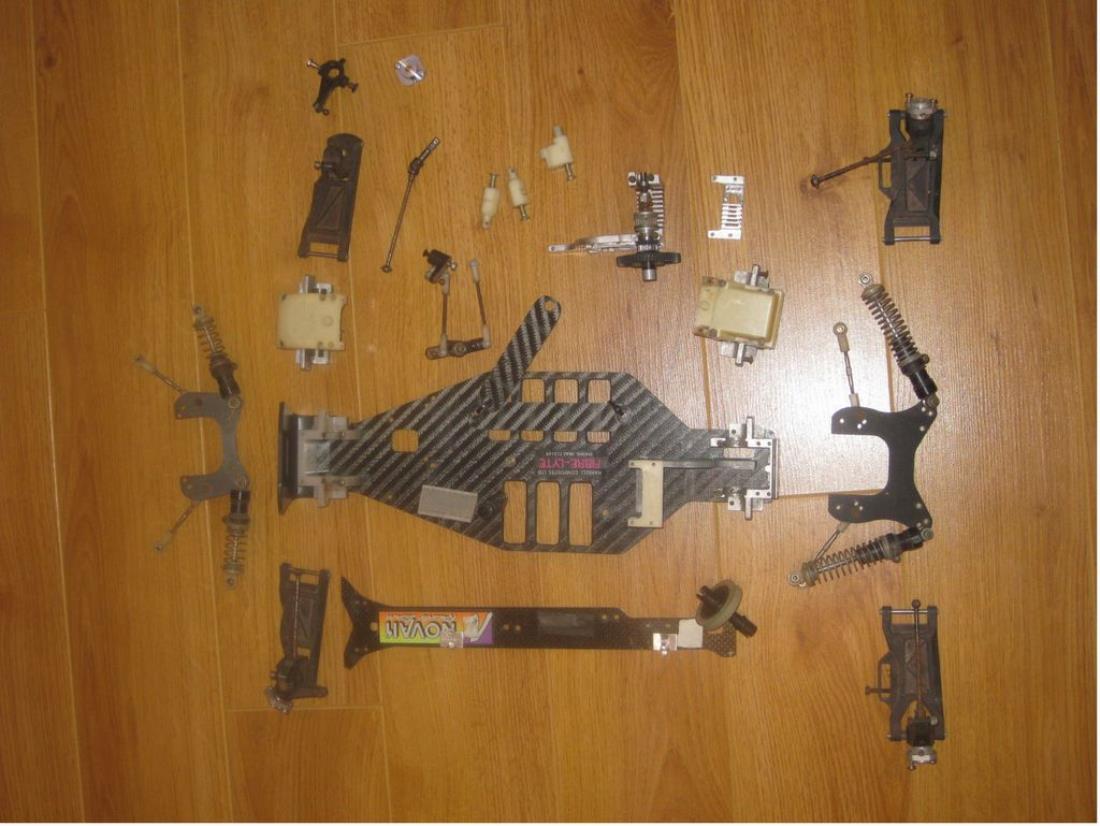 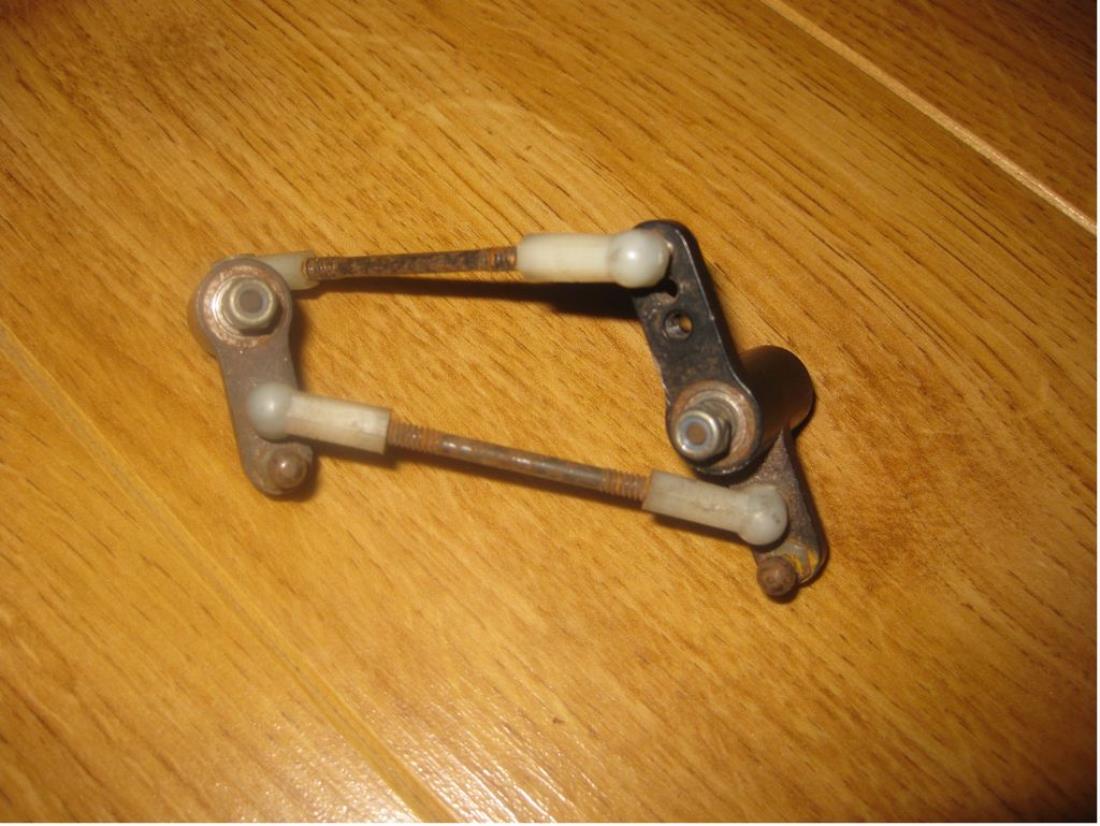 Nice! Like you say.. got a guilt free runner right there..

Looks like a great project, I may have some new front tyres that will fit in my trade section, not asking much!