I'd been on the lookout for a King Blackfoot for a while. There's lots of them around - mostly runners in poor condition with the odd NIB for about quadruple the price. I considered building one from new parts, but some of the bits are hard to find.


This popped up on eBay a few weeks back. A part built example which had never been run. The body was still unpainted and the roll bar spots were still on the tree. All for £119 delivered. Bargain! When it arrived I did a parts inventory and discovered a few bits missing, just screws and metal bits - no problem as I was able to obtain screw bags C and D for about £13 from Seidel.


There are plenty of these about but I think it's quite rare to see one in full box art - the manual specifies the roll bar and spot lights should be painted - a lot of people leave these in the grey plastic. I did the roll bar in TS-30 Silver Leaf and the spots in TS-29 Semi gloss black and TS-26 Pure white as instructed and the body was primed with Tamiya fine grey primer, wet sanded, TS-14 black, wet sand again then three coats of TS-13 clear, sanding between. I gave the windows a bit of a polish too. I did deviate slightly by doing the bed in TS-6 matt black just to break up the gloss a little.


There are some large stickers and a lot of swage lines, curves and recesses in the body so that was a little tricky. There's a couple of creases but most of them went on OK. I've got the option chrome plated roll bar and wheels to fit at some point when I fancy a change.


The truck came with no electrics other than the motor, the MSC was missing so I put in a TEU-105BK and a grey Hobbyking steering servo. Just for the pics I added a TL-01 LED set, but I'll use this for something with more lights as it's a bit of a waste just for the two headlights. Pretty happy with how it turned out! 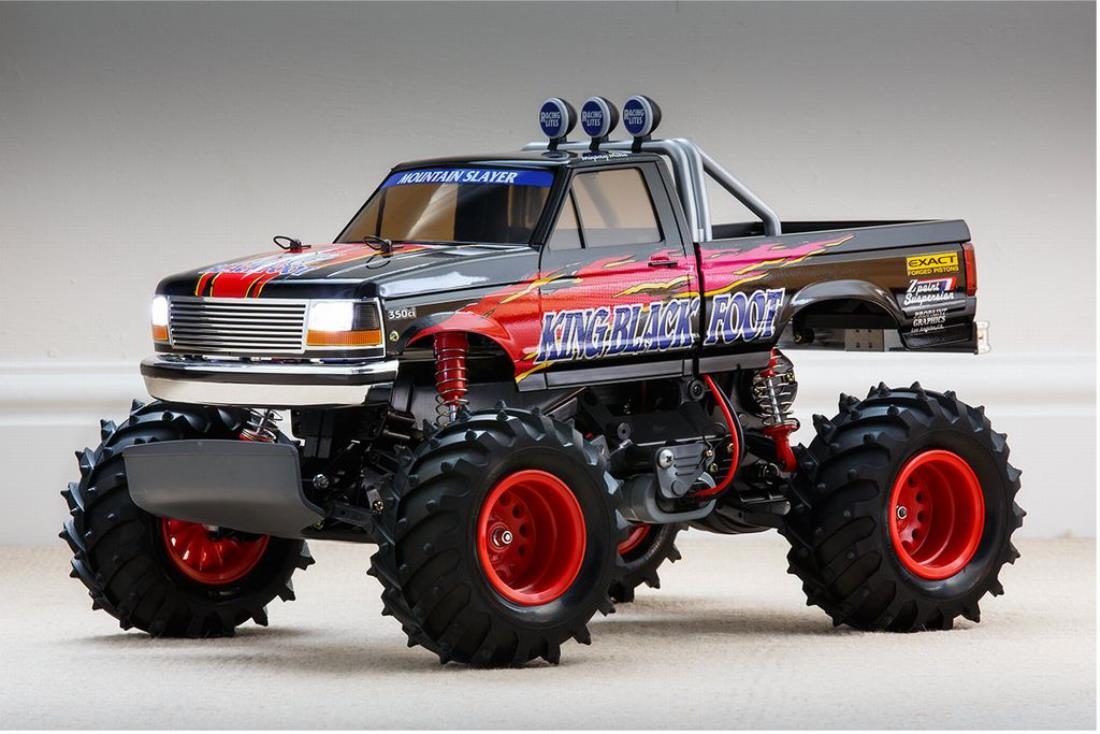 LEDs will prob be donated to another project 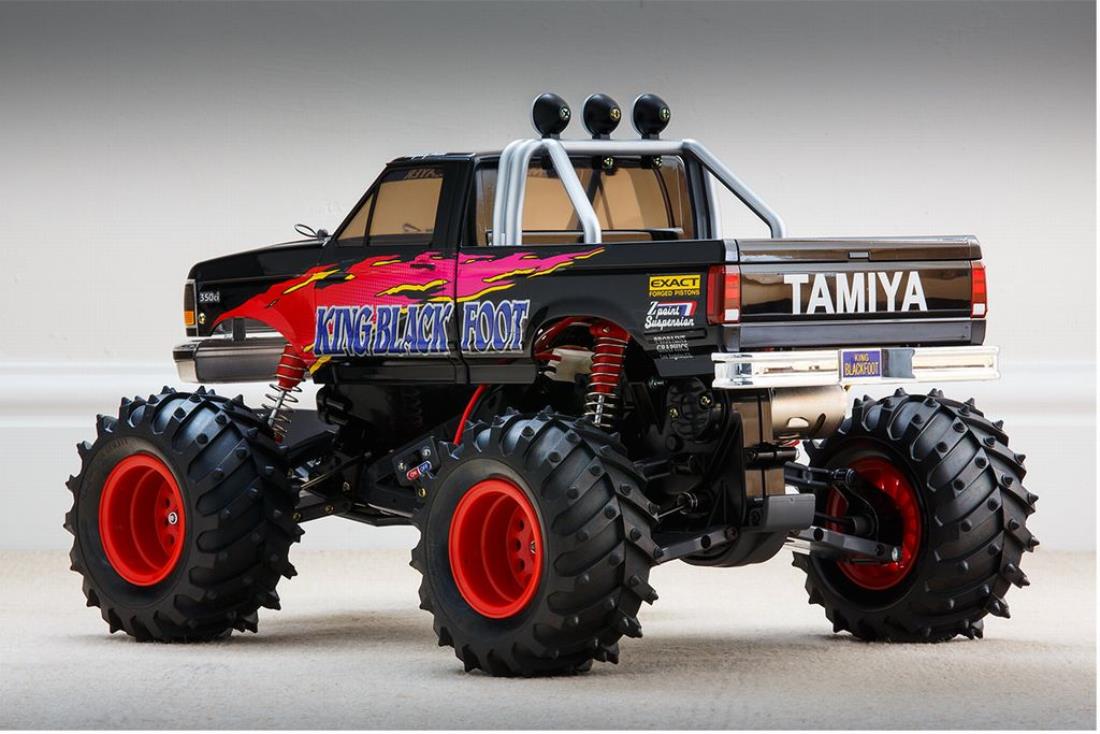 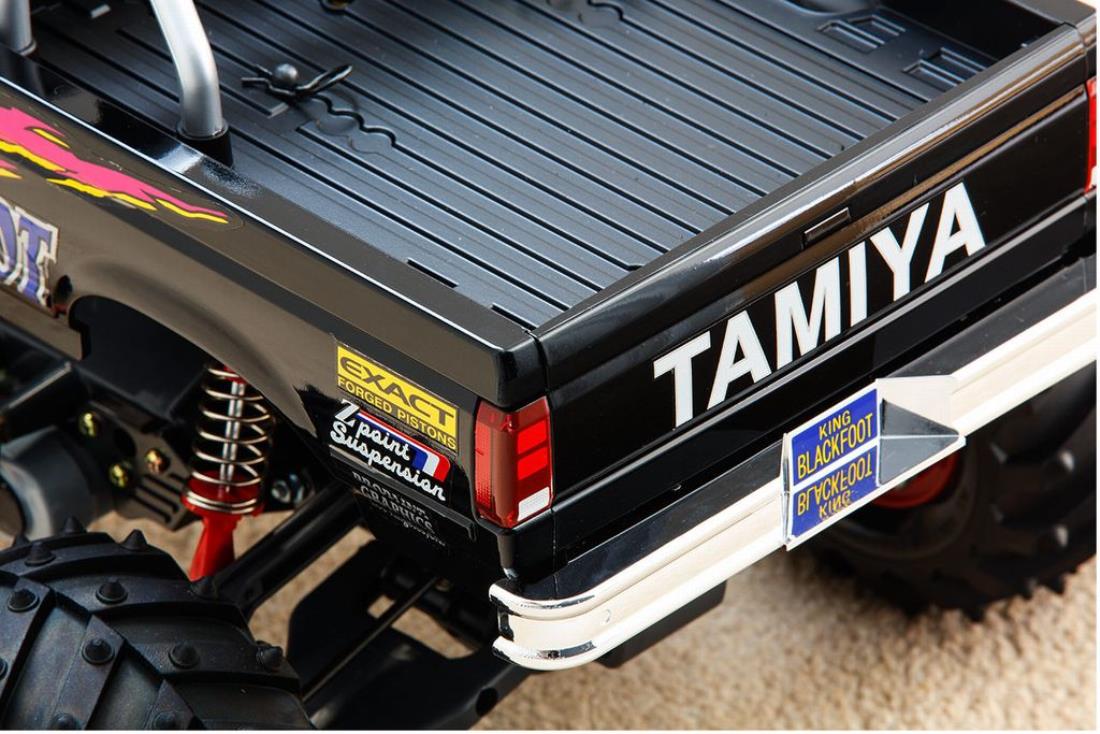 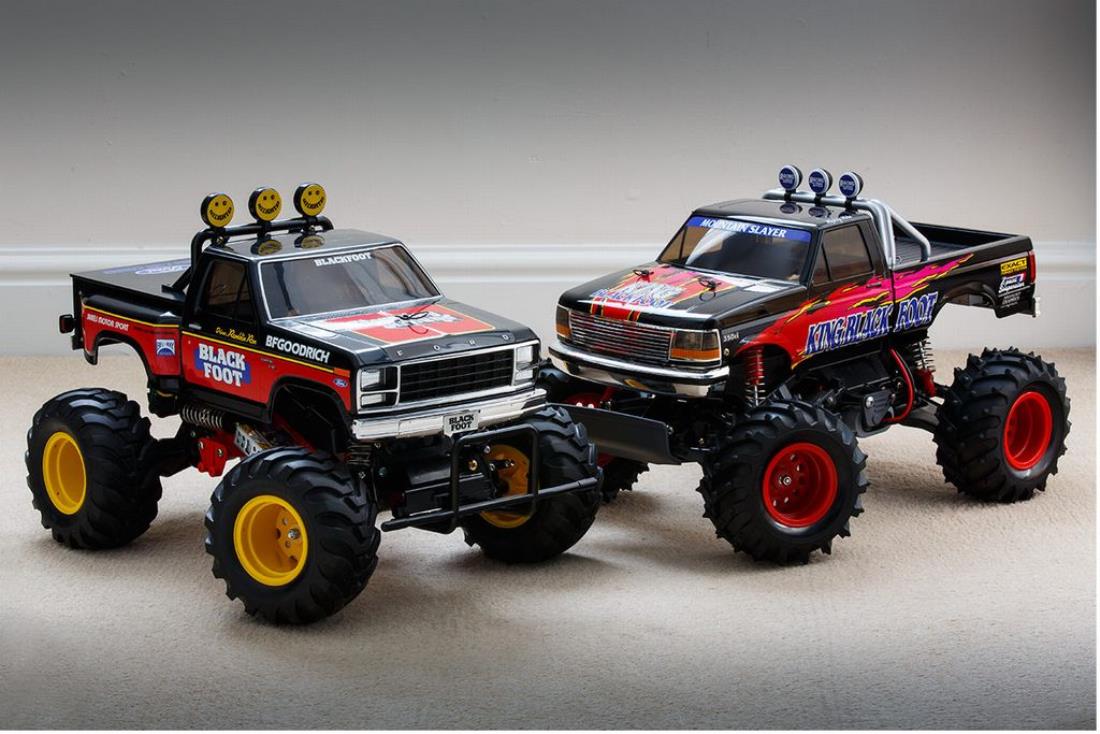 With its older brother 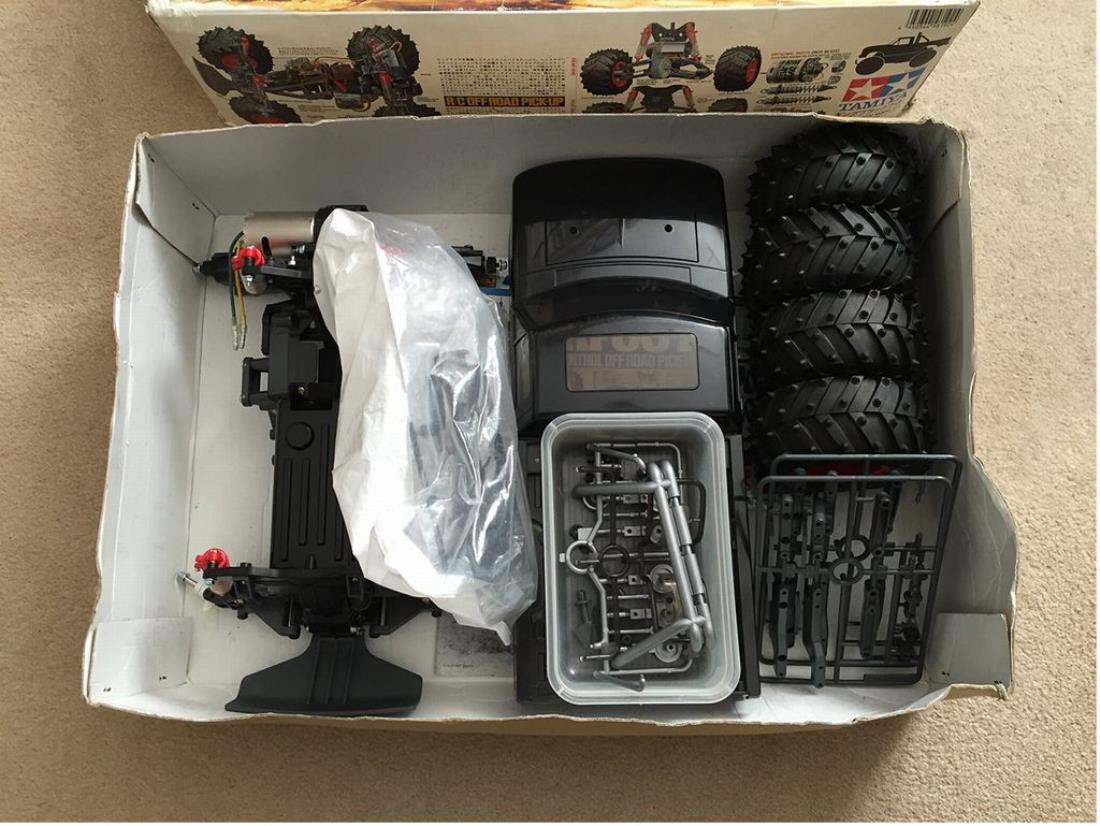 How it arrived with me 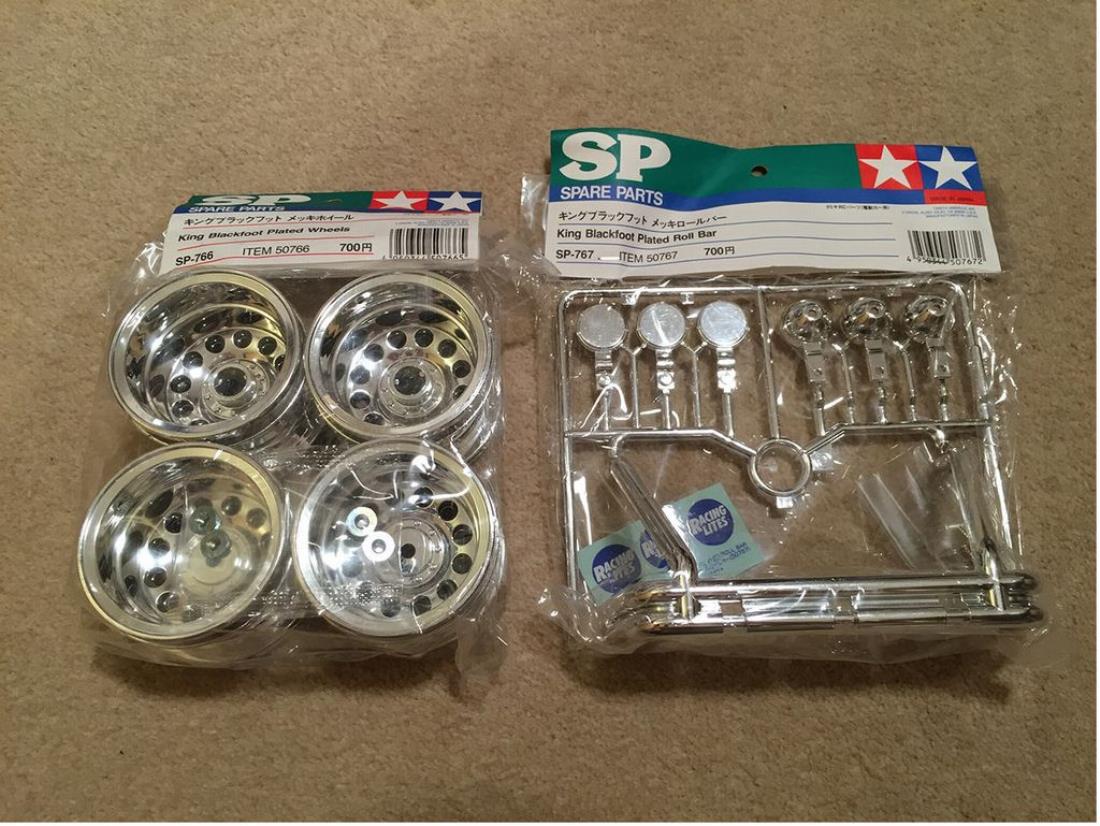 Option parts to fit at some point 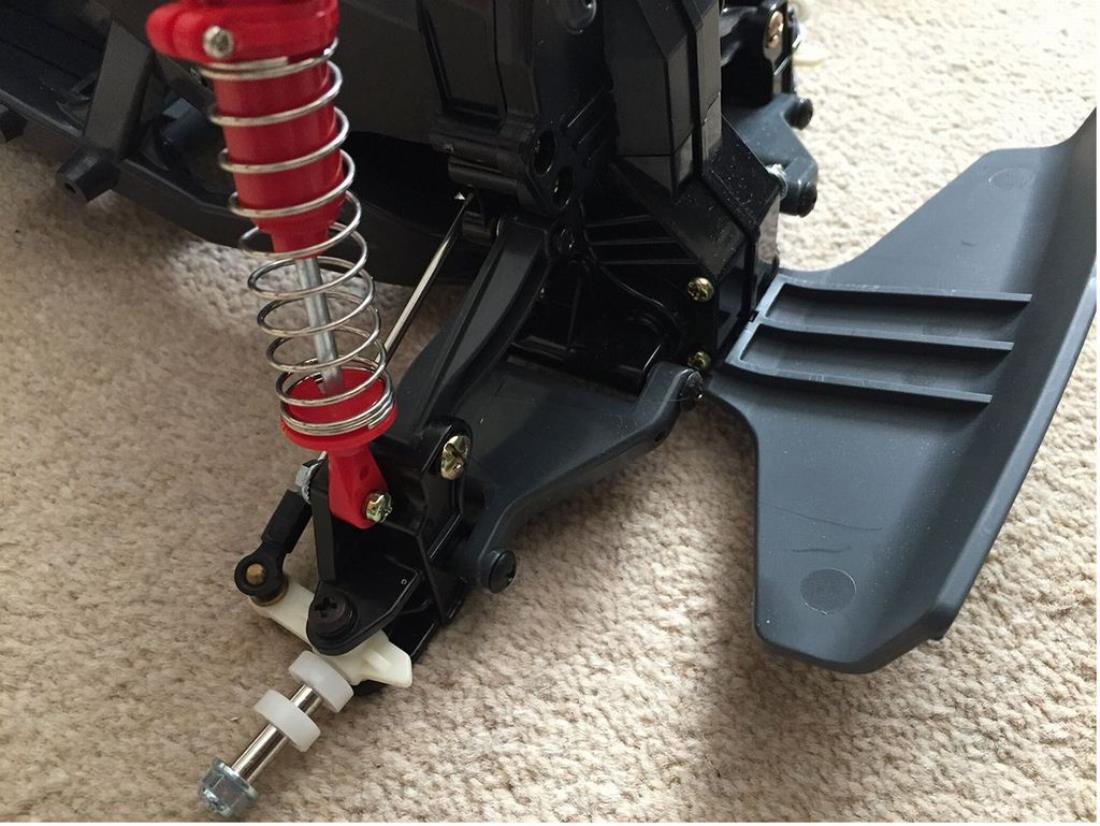 If you liked those pictures, you should see these...
[Sold] Can^t take the credit for this one

You've pulled of to make the rather toyish box-art look absolutely amazing! I think this 90's box art made many go for a different look, including me.
But yours is spot on.

That's a real nice job, a great addition to the club.

Fantastic result. You have done a great job on this one. I like the boxart on the King Blackfoot, and it looks amazing next to the original Blackfoot.

This is the best looking King Blackfoot I've ever seen.

Wow fantastic first pic!! Looks awesome! Have to think about getting some trucks, they are very cool !!! Great job mate..

Thanks guys! Only one I've not done now is the Super Blackfoot. Eyes peeled for a good one of those.