This is more of an update to an existing model rather than a whole new model, It's the same Intruder that I originally added to my showroom back in 2004. The original owner had spent a lot of money in hop ups e.g. complete Fibrelyte chassis kit, alloy wishbones and Yokomo wheel hubs (these aren't really an upgrade they're essential if you want to run it, the original wheels were very brittle and virtually un-obtainable). The car languished forgotten and unloved in a box in a remote corner of my loft until earlier this year when it got its first run on a track for at least 15+years at the Iconic RC event at the Surrey and Hants RC car club. I'd like to be able to say that its first run was so good it was almost a religious experience but I can't..... it was horrible. I can't blame the car entirely for this obviously my poor driving played a part, I'm not used to racing buggies around a track but in addition to this the car's handling was borderline awful. I still liked the idea (if not the experience) of racing a Tomy and was determined to run it at the Iconic RC Revival event later in the year. Cue the 'A Team' music.....

Over the intervening months I made a few changes to the car when I could be bothered in an attempt to reign in its unruly track behaviour, the most important change I made was ditching the one way in the layshaft. Which I swapped out for a fixed pulley system from the touring car version of the car. I also replaced the shock towers, the front is off an Intruder EX (the last iteration of the model) and the rear was some unknown brand carbon fibre wannabe thingy. They allowed me to stand the Losi big bore shocks fitted to it in a more upright position and gave me more tuning options. When I was swapping over the towers I noticed that the steering was very tight, which after a bit of investigation I found out was due to the steering knuckles binding badly. Despite my best efforts with a file and some strong language I couldn't get them to move freely so I broke my own rule and fitted more alloy parts - specifically the gold coloured ball raced C hubs you see on the car. These came with a totally nasty parts car I bought 5+ years ago, after some TLC they were fitted and made a big improvement in the smoothness of the steering, even though they look a bit naff. The ball ends on the turnbuckles were also binding badly so I swapped them for a combination of Kyosho and Schumacher items which were much better. A nice new set of JC Racing Yokomo wheels and some new rubber in the shape of Schumacher Mini Spike tyres and I was ready to kick sand in the faces of all those other vintage racers in my class - or so I thought.

The 4WD races were held on the Sunday and it was with more than a little trepidation that I put the Tomy down on the track for my practice heat. I knew that everything worked on it but I had no idea how it would handle after the changes I'd made to it. Rather foolishly I'd only bought one type of car with me, my reasoning was that if the Tomy was utter crap I couldn't be tempted to just swap over the electronics into a different type of chassis - so the Tomy was going to have to be made to work somehow. My initial impressions of the car were 'oh god what have I done', I've piloted shopping trolleys with more precision and finesse, it was all over the place. I pulled it in off the track and immediately spotted the problem, one of the rear shocks had somehow popped off from its bottom mount. I squeezed it back on and ran back up the stairs onto the podium. It was a revelation. The car was stable, predictable and after couple of laps I was beginning to throw it around a bit on the track and genuinely enjoy driving it. Then I broke it. I got a bit too cocky and 'got some air' off the table top in front of the podium and broke the flimsy rear shock tower on landing. Calamity. I knew I had a spare rear tower but it was some homemade thing that came with the parts car, it fitted but none of the mounting holes lined up from one side to the other! I also noticed that a king pin and a bearing were missing from one of the hubs, fortunately I managed to scrounge a bearing from a fellow racer (thanks Nash). So it all went back together in time for the first heat.

I won't bore you with a blow by blow account of the races during the day suffice it to say that the car went well and I enjoyed driving it. I was never going to win anything but I didn't go to the meeting to do so. I went there to see an eclectic selection of vintage RC cars going round a track and have a laugh with some likeminded people at the same time - which I certainly did. I'd like to thank the Iconic RC crew, the other drivers and the A1 Racing Club for a great weekend of racing .

The Intruder will be back next year. Proper race dust - streaked by my tears of joy 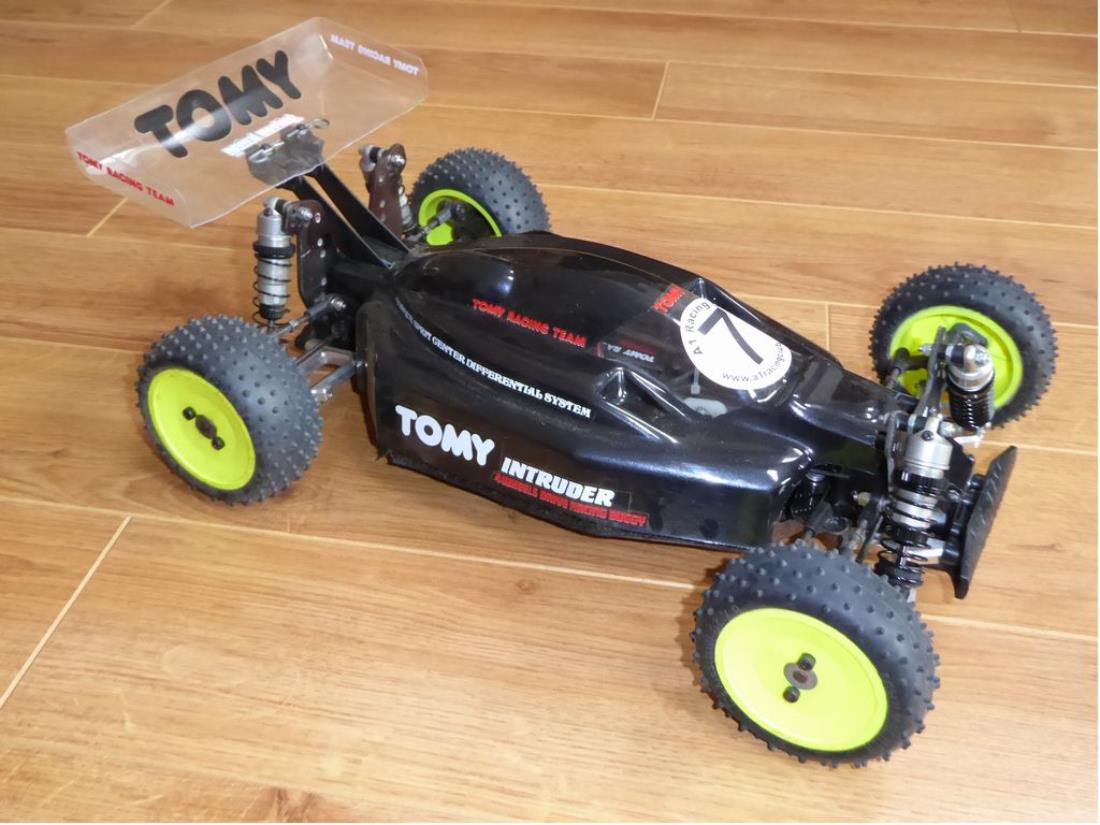 Also available facing the other way 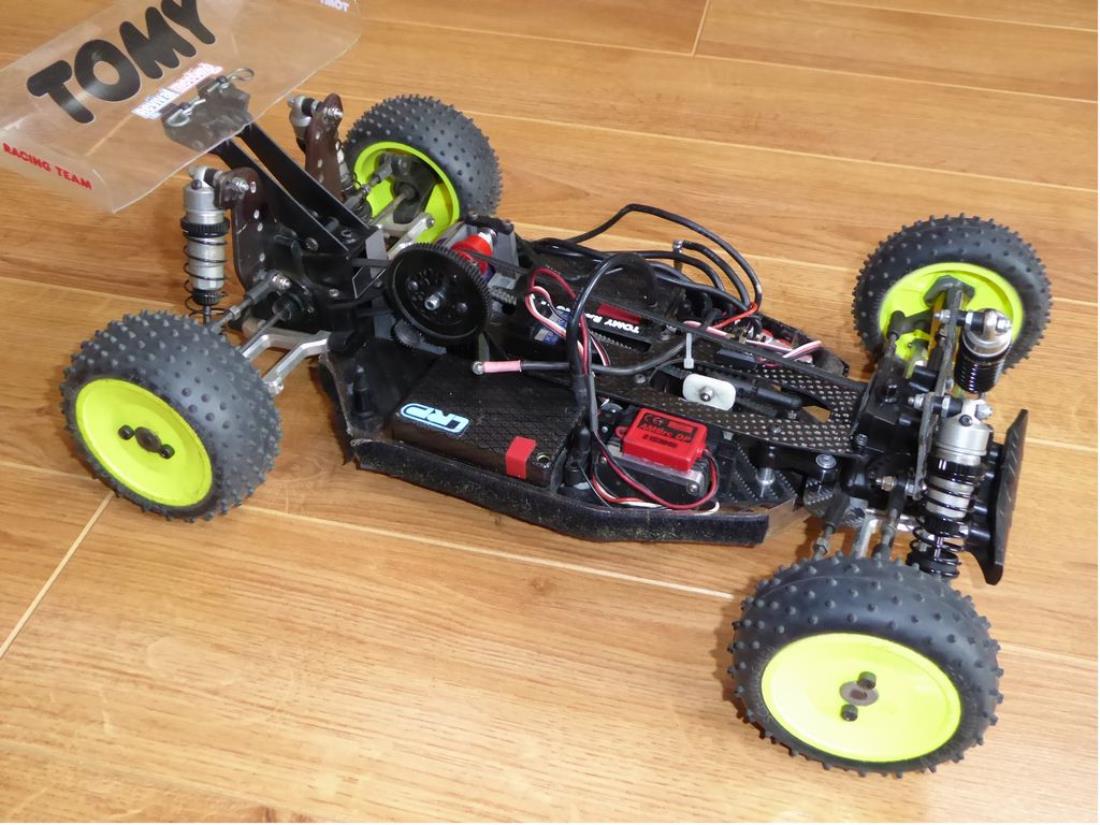 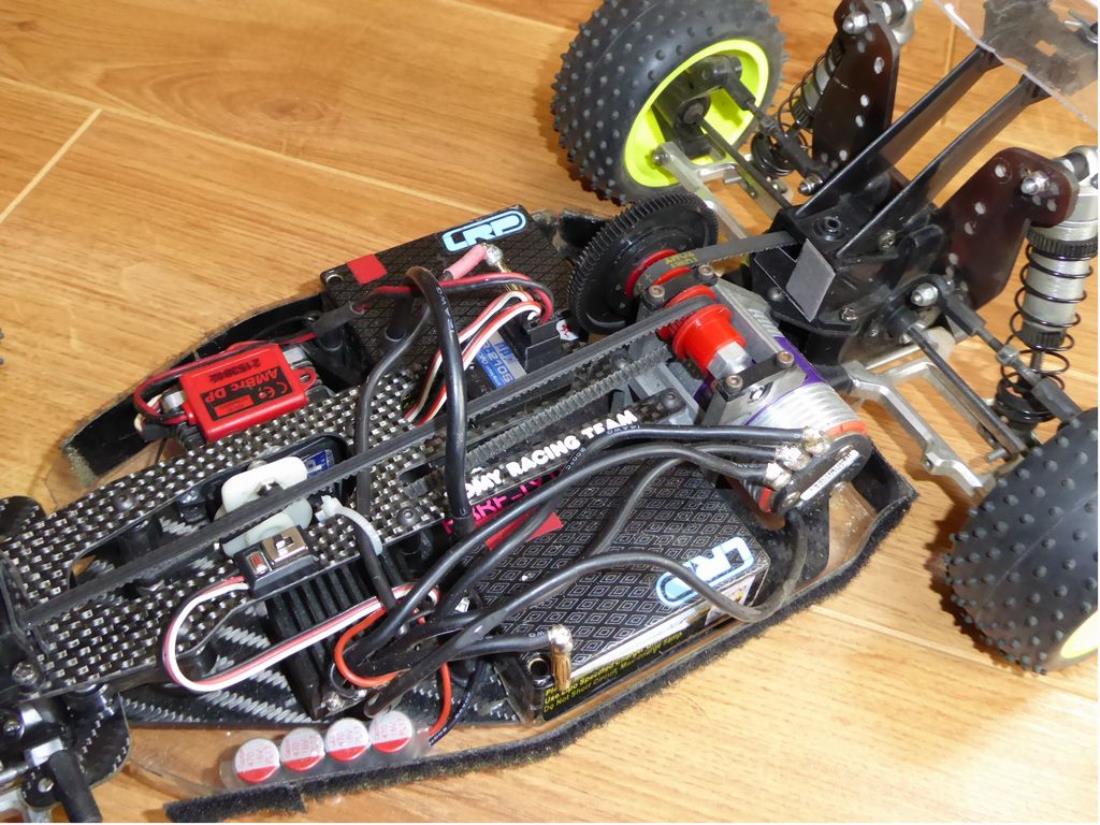 Stop laughing at my wiring and the shock tower 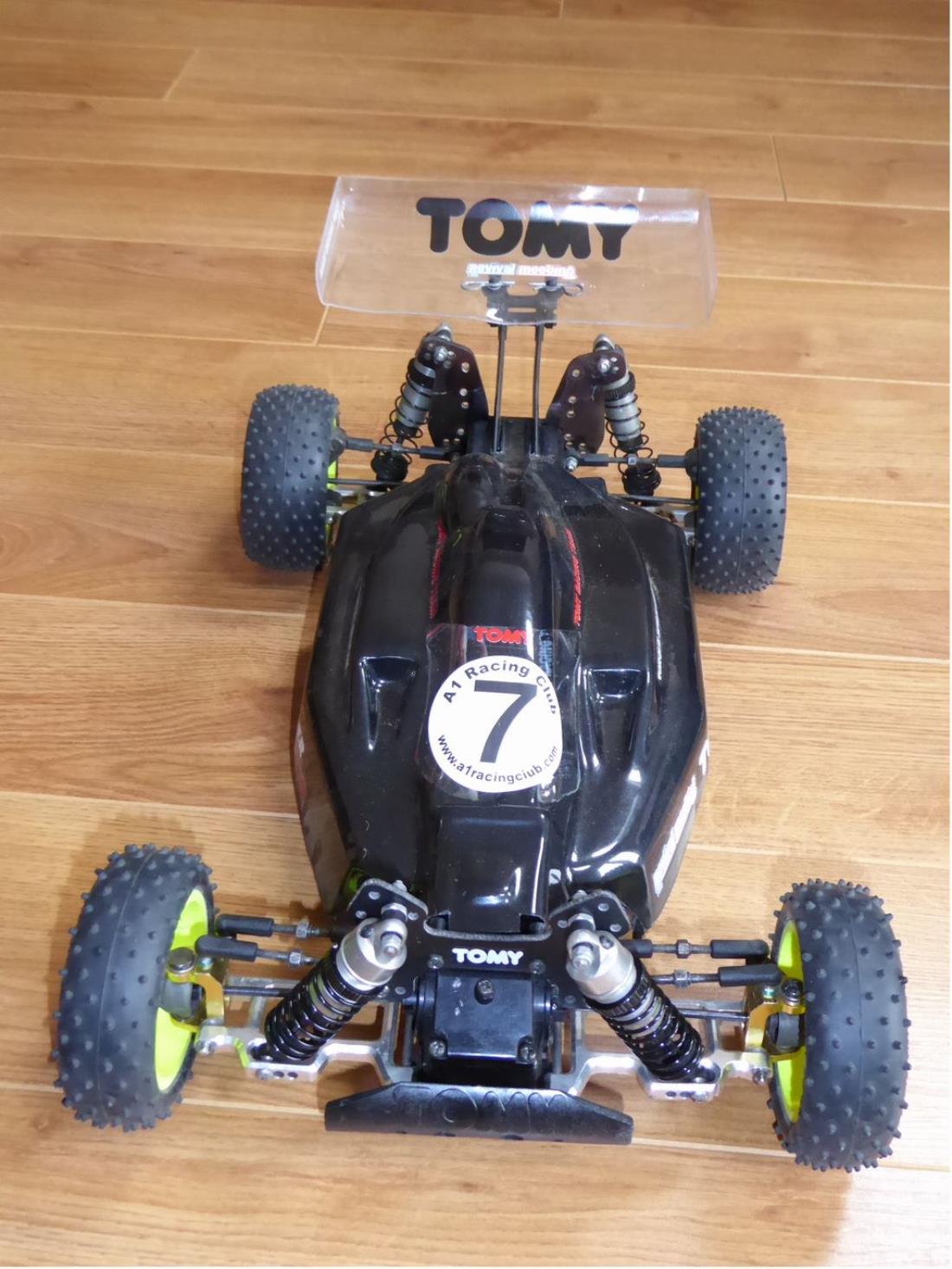 If you liked those pictures, you should see these...
Tomy Intruder

This so very nearly one the Iconic of the Day trophy. Awesome buggy. Cheers mate. J

Was great to see another oddball car going round the track .. Taken 2 years to get my dandy dash handling right .. Next year will have to get you a mug for tea from the van

Thanks for the comments guys.
Hammerstien- It was a real treat to see your Dandy Dash being used 'in anger'. I'll hold you to that tea at next years meet

J - It was good that the Intruder even got considered amongst all the other vintage classics there. Thanks for your efforts in getting the Revival series off the ground.
Robertoro - Thanks for the positive comments. Cheers

Nice buggy! I'm really starting to warm up to these Tomy's