It's been a while since I posted anything on TamiyaClub, so it is long overdue that I share something with you!

Some of you may know that I've been working on a front-wheel-driven (FWD) Buggy, and a few years on, my dreams have come true: A competitive, no-compromise FWD Buggy concept!

It all started out with seeing Grahoo's magnificent Poprod Buggy on TamiyaClub back in 2008. From there on I started reading into the history of FWD buggies, and soon enough, I wanted my own car.

This started off with my first buggy in 2009, built from FF01 chassis which I combined with a DF01 chassis tub, suspension arms and Dirt Thrasher bodyshell to make a simple FWD buggy. The car's fun factor was through the roof, but its shocks, lack of a slipper clutch and brittle materials made it unsuitable for fanatic off-road adventures.

A few years went on and I started buggy racing. I built another FWD buggy, this time based on the TRF201. There were some basic design flaws in the car, but overall the car showed that the concept could prove fun for racing and in fact was very stable, easy to drive and jumped well (despite all the weight up front).

In the interest to make a competitive FWD Buggy, two prototypes followed, using the Team Durango DEX210 as a basis, and in February 2015 I won a championship series with the latest prototype.

The fan-base for FWD Buggies is there, and in fact I think it could be a lot bigger than it is today, isn’t it for the fact that no production FWD buggies have been made for over 20 years – that’s way too long, so I have made a conversion kit for the Team Durango DEX210V2, using CNC machined carbon fibre and 3D printed nylon chassis and suspension components. The car is called the ‘ORB Racing FF210’ and I hope this car will give the FWD-concept a long-awaited and well-deserved second opportunity to gain popularity!

So... thanks TamiyaClub for sharing so many awesome cars over the years... I hope hereby I can contribute :) 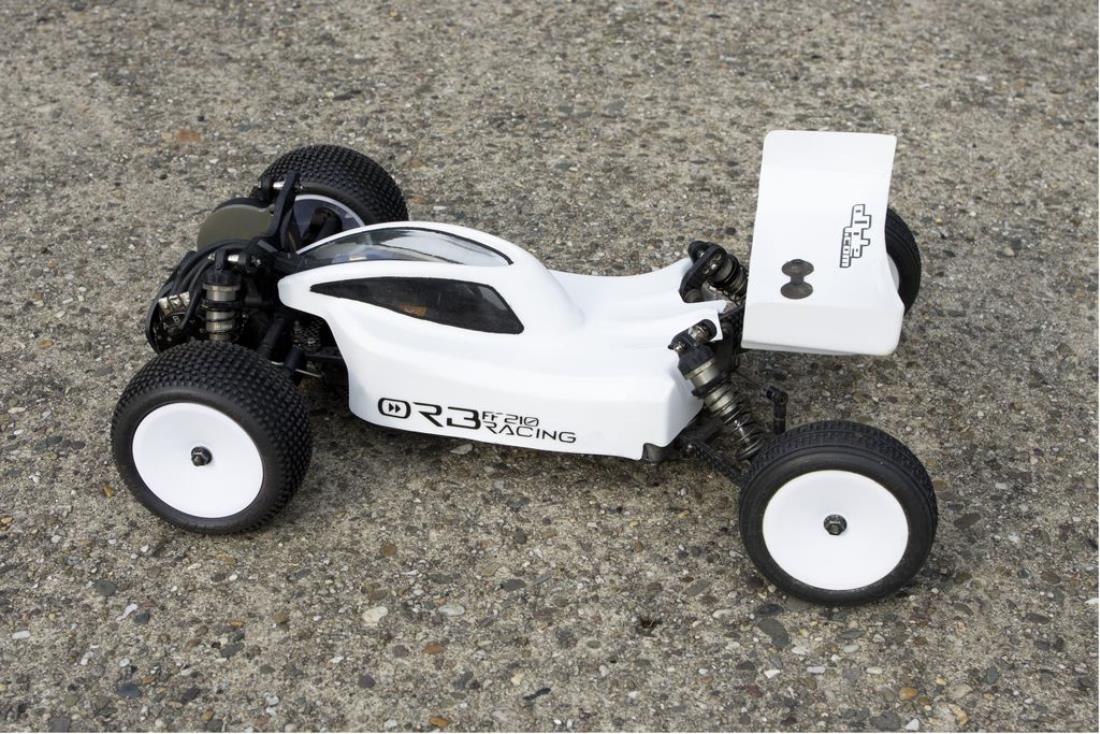 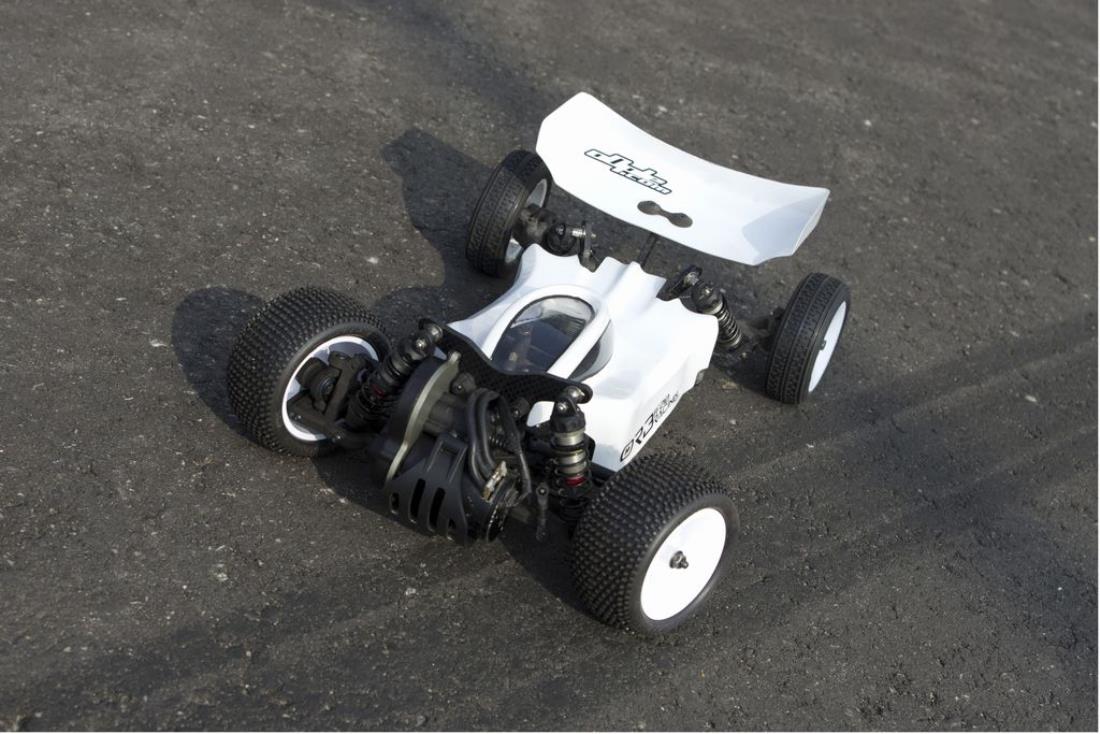 Everything happens at the front end :) 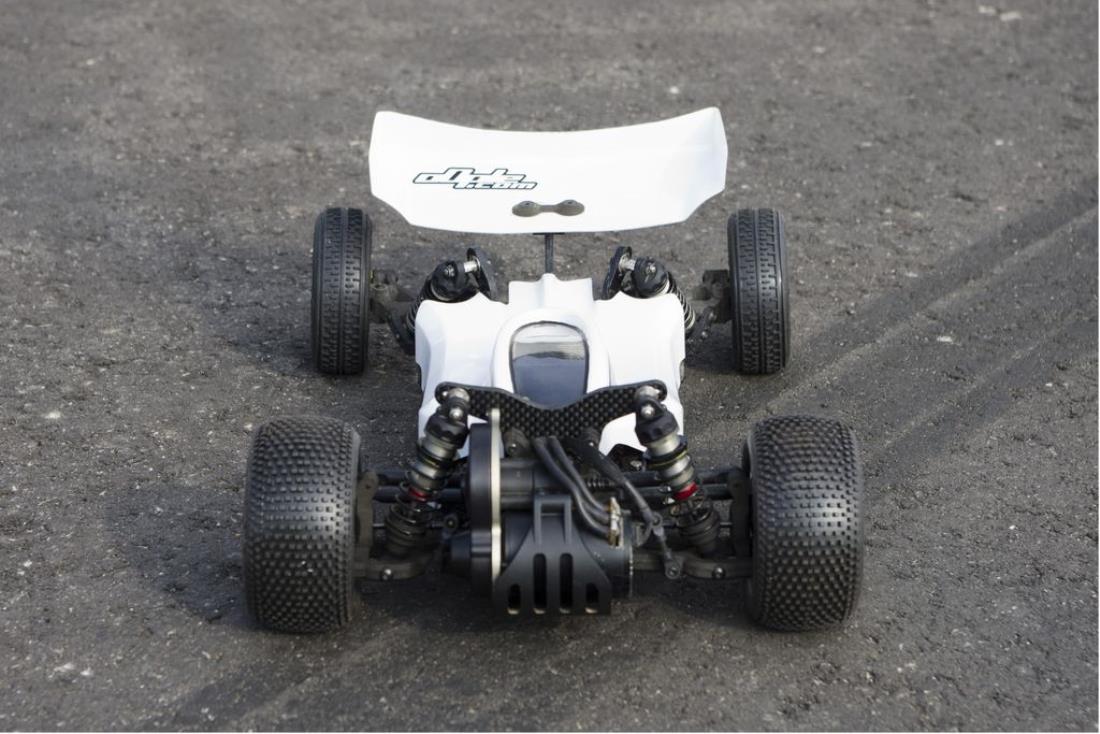 The narrow and low profile of the car... 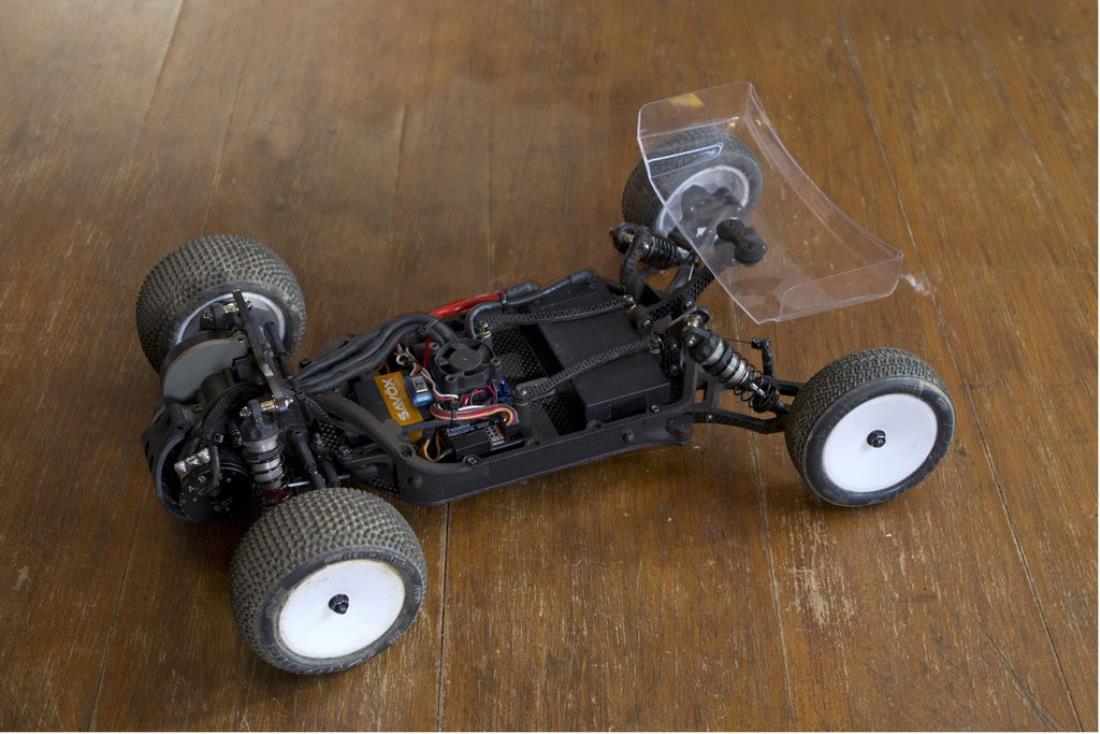 ...A contemporary layout for modern electronics. 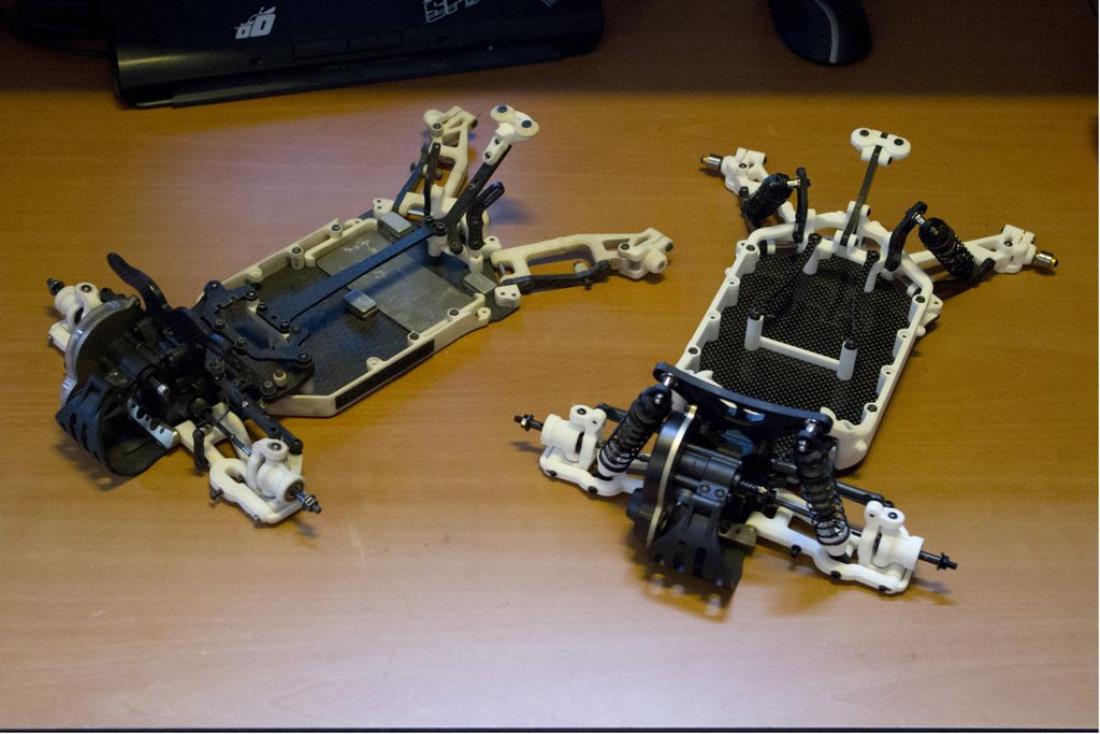 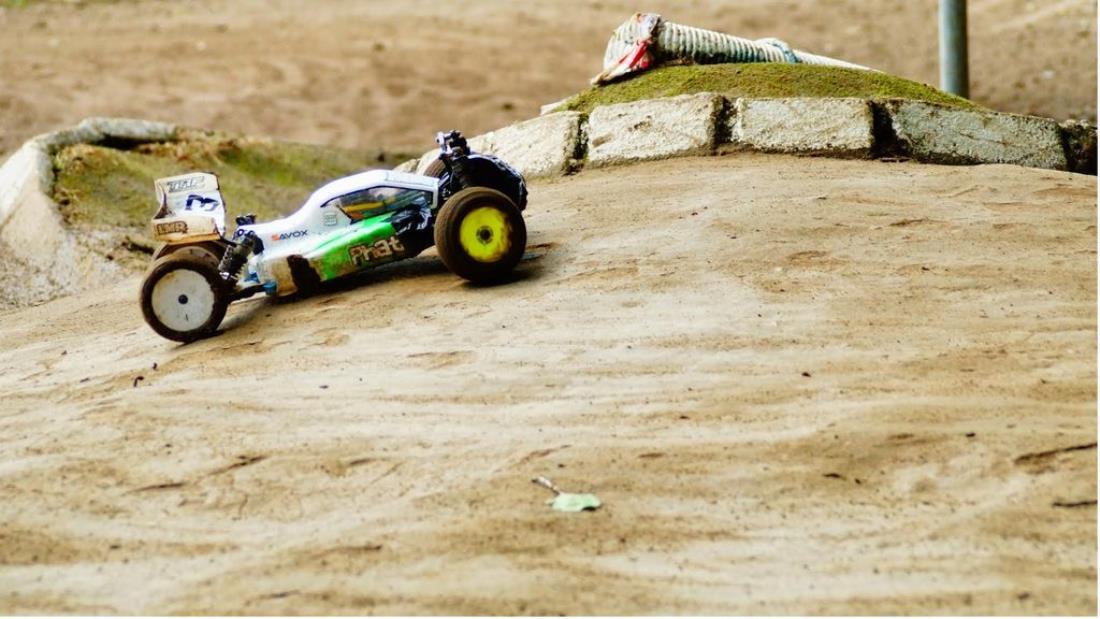 Prototype 3 in action on clay... 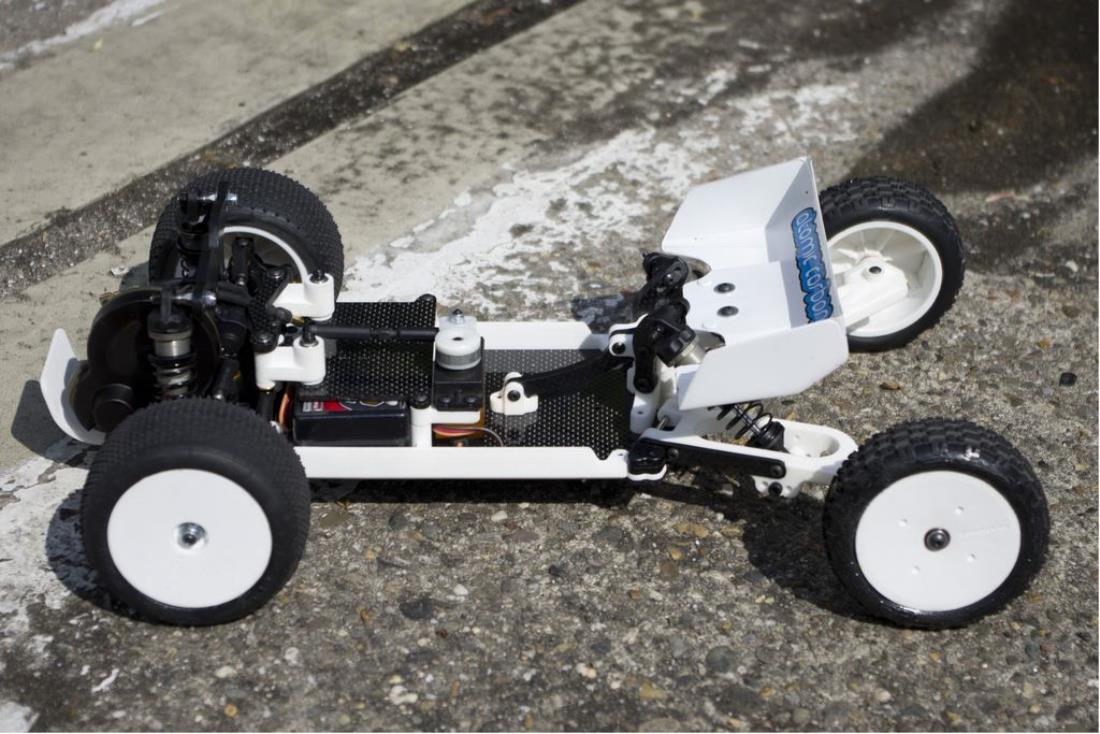 Prototype 2 had the weight (much) further forward. 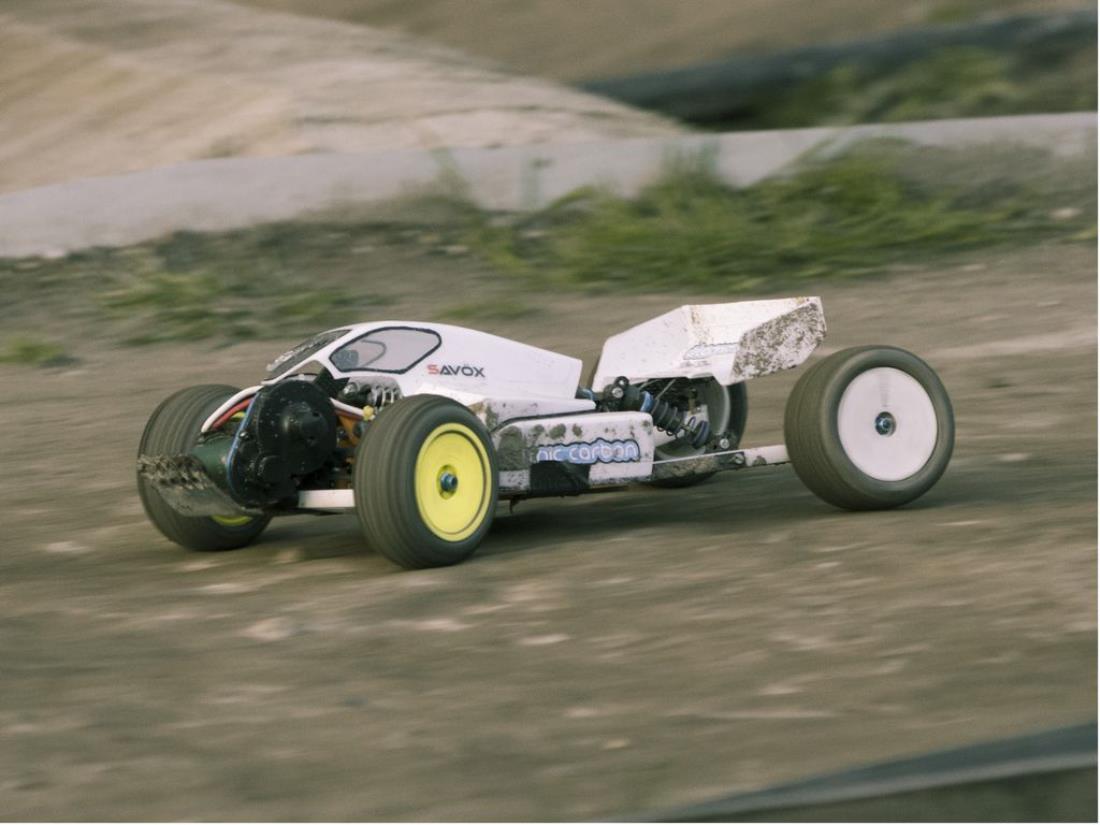 I remember your thread on the TC forum for the TRF201 prototype. It's great to get an update and see the latest incarnation of your concept. Winning a championship series should go a long way towards promoting FF; you know racers always want the most competitive gear they can get!

The FF210 looks awesome and futuristic! If you in the future plan to sell any extra of your final pre-production prototypes do look me up!

Very nice job!!! Do you still have the FF01? Very interesting model imho.

Thanks for the kind words guys

@kontemax: I reverted the FF01 to a touring car and sold it - I do still have the bodyshell and the buggy arms. It's a pretty simple conversion.

@sunnyjai: This car is actually for sale! Yesterday I opened pre-orders for the first batch of conversion kits, so anyone can convert their DEX210 to the ultimate front-wheel-drive experience. For more information on that, email to: Orbracing [at] gmail . com [Mail me] - or check the Facebook page: www . facebook . com / orbracing [Click here]

This is awesome Paul. Love the shell.

What an fantastic car. Wish i could afford one. Maybe later.

That is very creative and cool as well. I must ask if there is a link for the build of the 'love child' somewhere so I might undertake that with one of my spare TA01 chassis that I have here. Thanks

@Crashcramer: There is a thread in the forums but it seems to say little about how to make the conversion. My showroom entry from the car tells more: [Click here] - You need a FF01, DF01 tub, DF01 suspension arms and driveshafts, Some ball connectors and adjustable camber links to obtain the right length. I had many different CVA shocks lying around, so I tried different lengths and long vs. short eyelets, but I don't exactly recall what I ended up with, but I don't recall the lengths I ended up with. Still, it's an easy conversion: As far as I recall, I didn't have to cut, file or drill anything - in fact the FF01 I reverted to the stock setup and sold on again, so it must be. The only problem I hadn't solved back when I had it is how to fit that Dirt Thrasher bodyshell. I guess if you'd make some shock towers for long shocks you could incorporate body mounts in it

I'm speachless. Finally a car made with intelligence and not with a cookie cutter. Hats off!

My hat is off to you sir,, I missed this post and it is very significant. Great job, I just checked out your Facebook page for this and I am totally impressed with the hard work and dedication it took.