Hello Tamiya Club!
It's been a while! As always, life got in the way. It's been 10 years since I got back into the hobby and started restoring and collecting the cool rc cars from my chilhood and discovering the new releases. 10 years ago, I was a newly wed man, and now I'm the proud father of 3 beautiful daughters.
So that means less time and budget for the hobby, but, even if I don't work on rc cars as much as I'd like, I still drive them and occasionnaly build or restore a new one; recently I took care of an old box of Kyosho Scorpions and Tomahawks parts which allowed me to build a box art Tomahawk and Turbo Scorpion and a couple more cars. I also restored a vintage Sand Scorcher that had been lying in a box for a while. I still have to show you these cars (and a few more), but it's become complicated to photograph the cars the way I like it so for now, they'll remain hidden.
Now, onto the purpose of this showroom entry, here is a very cool story: a year and half ago, I received an email through another forum from a man called Danny Parsel. He'd seen my Bel Ray Bullet replica build, and here's what he said to me:
'My name is Danny Parsel and I have been close friends and adventure partner with Bud Feldkamp and Malcom Smith for 15 years. I raced his current (A arm V8 ) class 1 car with his son Buddy Feldkamp. Bud still owns the Bel Ray bullet and the last 5 years we have been racing the Bullet in Baja at the NORRA 1000 vintage race. Buddy won it 2 years ago driving solo in the very car you replicated.' Bud's birthday was coming up soon, and he wanted to offer him the same kind of replica like mine and needed help to locate parts and stuff, and especially the decals to really get the same livery. I told him I didn't have anymore printed decals but I would gladly send him the files for him to print his own. I also explained to him the various mods I did on the Tamiya kit to get to the final result. I don't really know, but I suppose he didn't have the time or skills to start such a job, so in the end he asked me if I would sell him my car. I had an intense reflexion since this car was really a personnal achievement but I had started working on another Baja Funco buggy replica (see it in my project section), and I really liked the idea of this car going back to its creator. So we agreed on a price and the car was sent to California. Danny built a cool glass case for it and offered it to Bud for his birthday.
From what I've been told, the car now lives in Bud's office in Los Angeles and it's a pretty cool thought to me. The picture on this showroom entry is Bud Feldkamp and Malcom Smith showing the car in its case (Bud is the one with the moustache). They look like happy gentlemen! 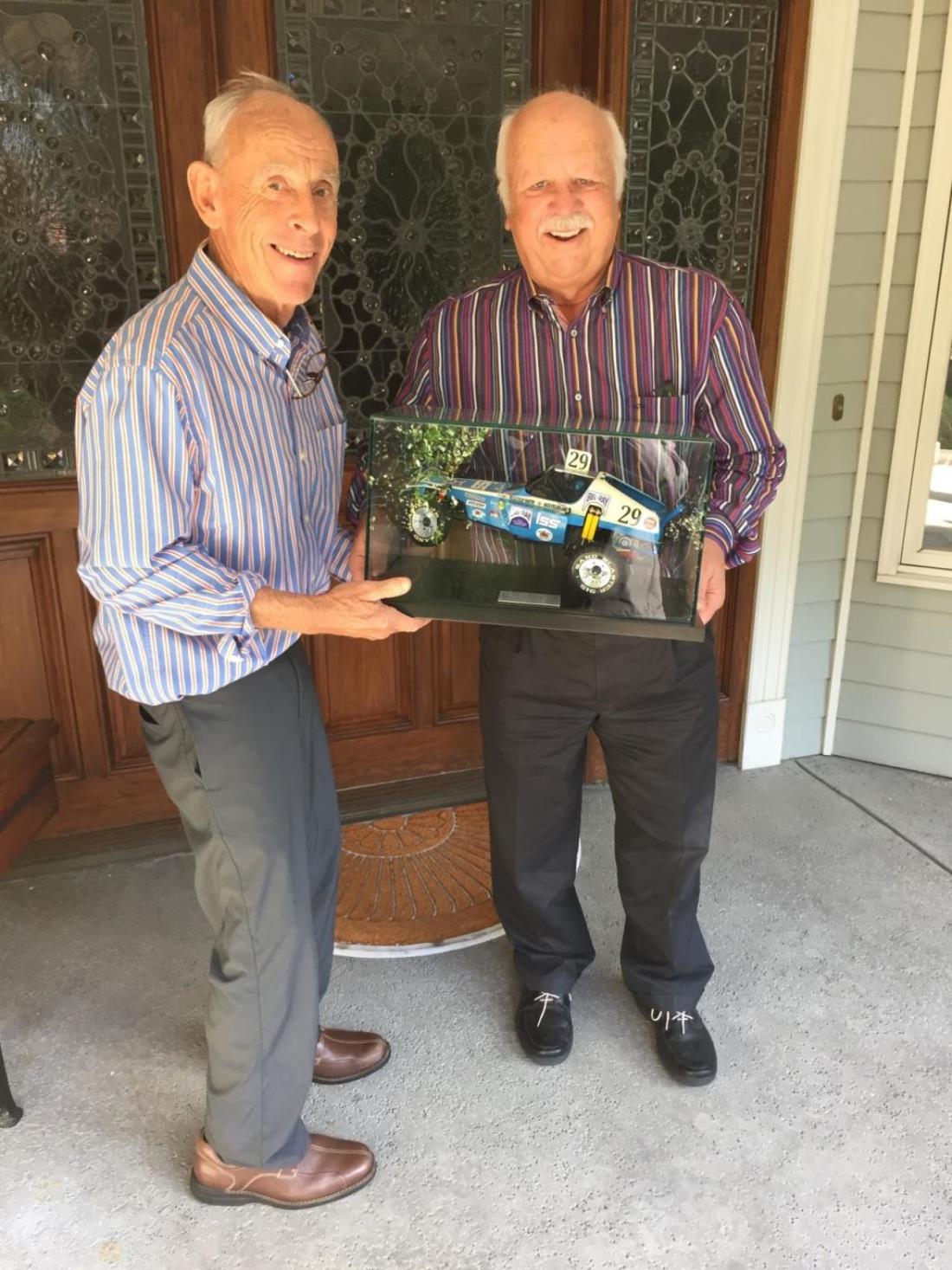 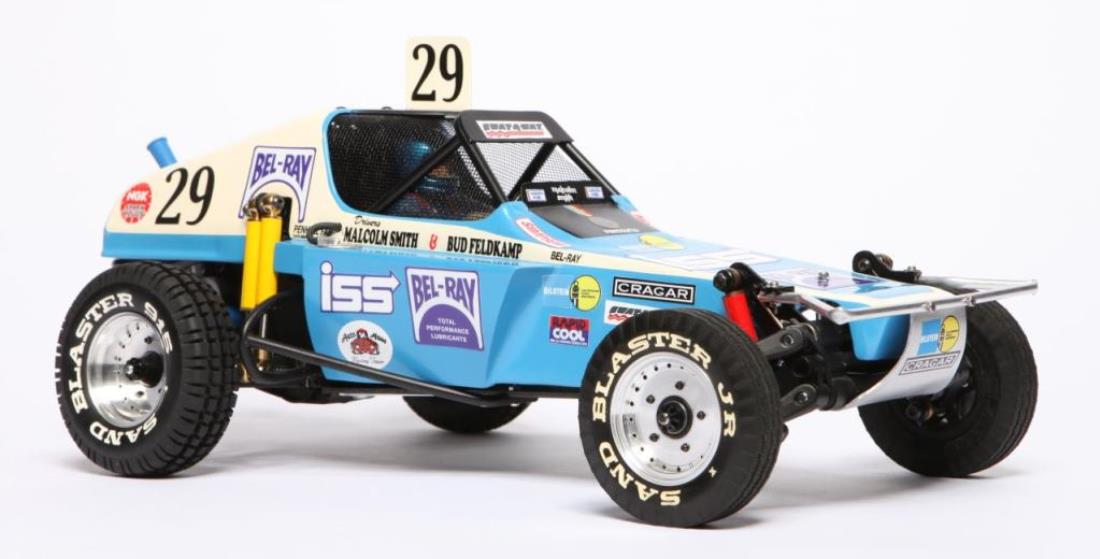 If you liked those pictures, you should see these...
Project Bel-Ray Bullet done! - Sold

I like stories like these. It combines everything that can touch the heart of a modeller AND human being. You got two thumbs up for this!

Great entry with an extremely cool background! Did they ever know Tamiya was building their cars?

Excellent story. You must be very proud, and rightly so. A beautiful car!

Thanks everyone!
@_miga_: I don't know, I haven't asked that question to Danny Parsel. I should have...

What an fantastic story. how cool isn't that.
'your' car do look amazing.

Wow wow wow! superb story. As with all your builds that is a stunning car. I watched all you updates and really enjoyed seeing to come together. But cool is that, it now lives with the driver.

What a nice occurence - simply wonderful and a great model too - love it!

What a fantastic story! Congrats!

What a great story!

Wow, what a story! How nice of you to help out by selling your car. You made both of these guys very happy. Nice job bud, you're top-shelf!!

That's an awesome story and of course such a nice thing to do. You are for sure top shelf dude. My birthday is Jan 21st. LOL

A cool video where Bed and Malcolm share memories from those old races, and at the 4:10 mark, you can see my replica in its glass case:
[Click here]