After inevitably looking at various TGX related pages on the internet with the purchase of the Alfa Romeo, i found the TGX Facebook page. On there i found a link that someone had shared to their ebay ad. They had been trying to sell the car for a few months without any success. Several emails back and forth and a deal was done. The main appeal was that it came with tonnes of spares(almost enough to build another car) and nearly all of the hop-ups, either fitted or NIP with it. For me to have bought all of these parts would have cost far more than i paid for the car, plus the amount of spares meant i could carry on driving even after a crash.
I was pretty happy when i received it, as it had far more than i was expecting, plus it turned out to the 44017 model with the OS Engine, something i hadn`t spotted until i had spoken to another TC member - acprc. (thanks Adam)

The engine ran beautifully with just minor tweaks needed and feels almost new compression wise, so it should run well for a while yet. The bodyshells will probably be kept as spares although they have seen better days. I have more parts to fit such as the turnbuckles, prop and the engine mounts. I am also hoping to secure a Carbon deck from another TC member this week.
Hopefully i can track down the TM-2 Muffler and Manifold combo that this should have. 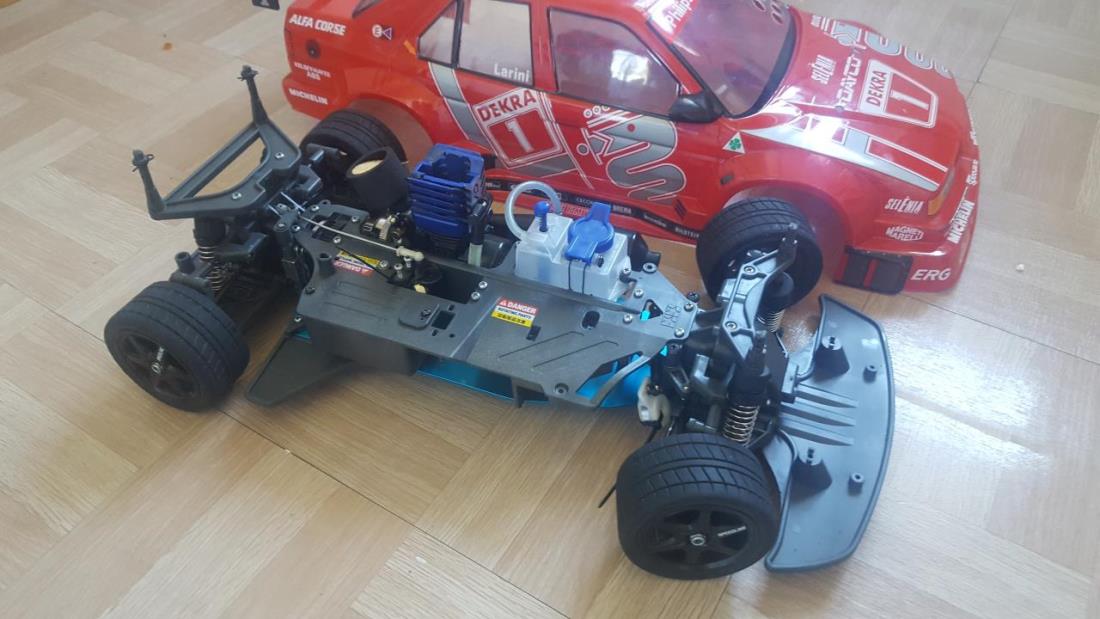 Now restored back to original with Alfa Romeo Body As I received the car 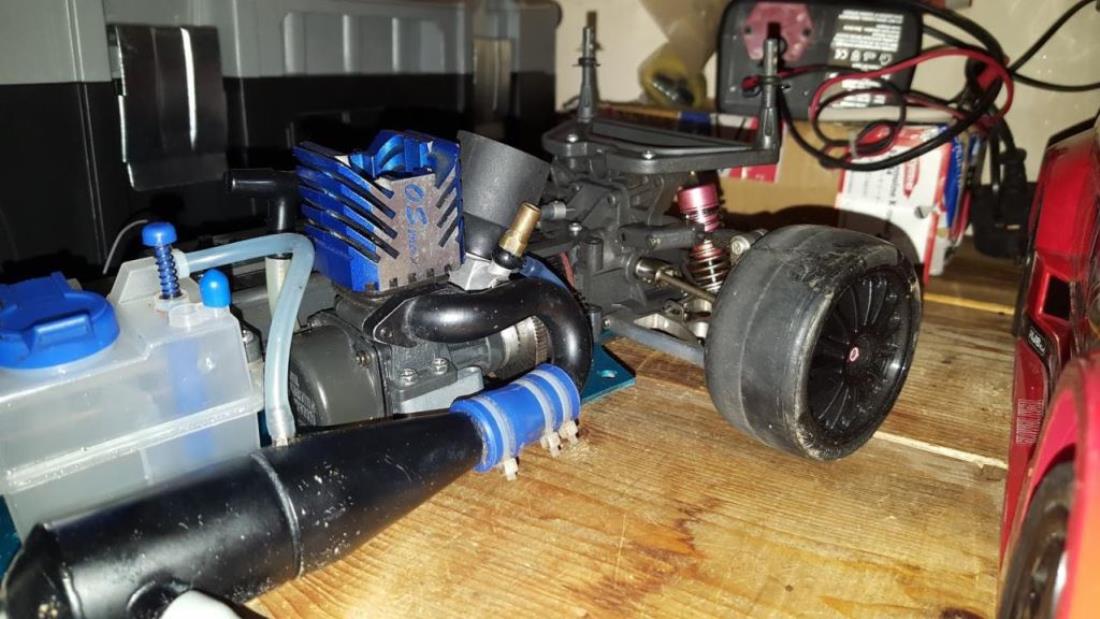