Like a lot of my projects this one has been ongoing for a while. I'd planned this to be the first body for my 30th Anniversary chassis. I painted the body about a year ago, then stalled as sourcing the stickers proved to be a problem. I'd bought various sheets to get the Jägermeister logos in roughly the correct sizes, creating a spreadsheet to compare the 1/12 sizes and convert to 1/10. I managed to get most of them from the BMW M3, Alfa 155 and Capri Jäger sheets but I was still missing a few.


I tried a repro set, scaled from 1/12 to 1/10 but they didn't look too good. I put the project on hold and then when Tamiya announced the 40th Anniversary 934 - problem solved. The only downside being that there would be a lot more orange 1/10 934s around!


I bought a complete 40th kit minus electrics, as I wanted the FRP chassis, stickers, wheels and Hop-ups and this was the most economic way of getting them all. I’ll build the chassis at some point and use it for one of my 911 GT2 shells. I think the wheelbase is too long for this body and the 1990s BBS LM wheels included aren’t right for the time period of the 934 either.


It was disappointing to see that like the 1/24 kit of this car, the Shell and Dunlop logos are missing from the sticker sheet. I managed to locate suitable replacements though - the Shell logos (with the correct white border) are from the 58247 Audi R8R. They are exactly the right size (16mm wide). The Dunlop stickers are from the Tamtech 934. They are a little small but look better than having the gap.


The chassis is the same as my Vaillant 934 30th, but with a few changes. I narrowed the rear track to allow for higher offset wheels (9mm) for a greater dish than the original 30th Anniversary wheels. Various models of this car, including Tamiya’s 1/12 version, show it with treaded tyres rather than slicks. I had a set of the 26mm Super Grip Radials and managed to find a pair of the now discontinued 30mm versions.


The roll cage and interior are again from the Vaillant car but with the driver helmet changed to the one from the rally car cockpit set as these look more 1970s than the 90s style ones that come with the touring car sets. As a final touch I added some Jäger decals left over from a 1/24 set I bought to do the cockpit for my Linder M3. I’ve done 20 or so of these drivers now and I still can’t do eyes properly. One always ends up square!

Details in addition to my Vaillant version:

• Grille cut out and mesh fitted 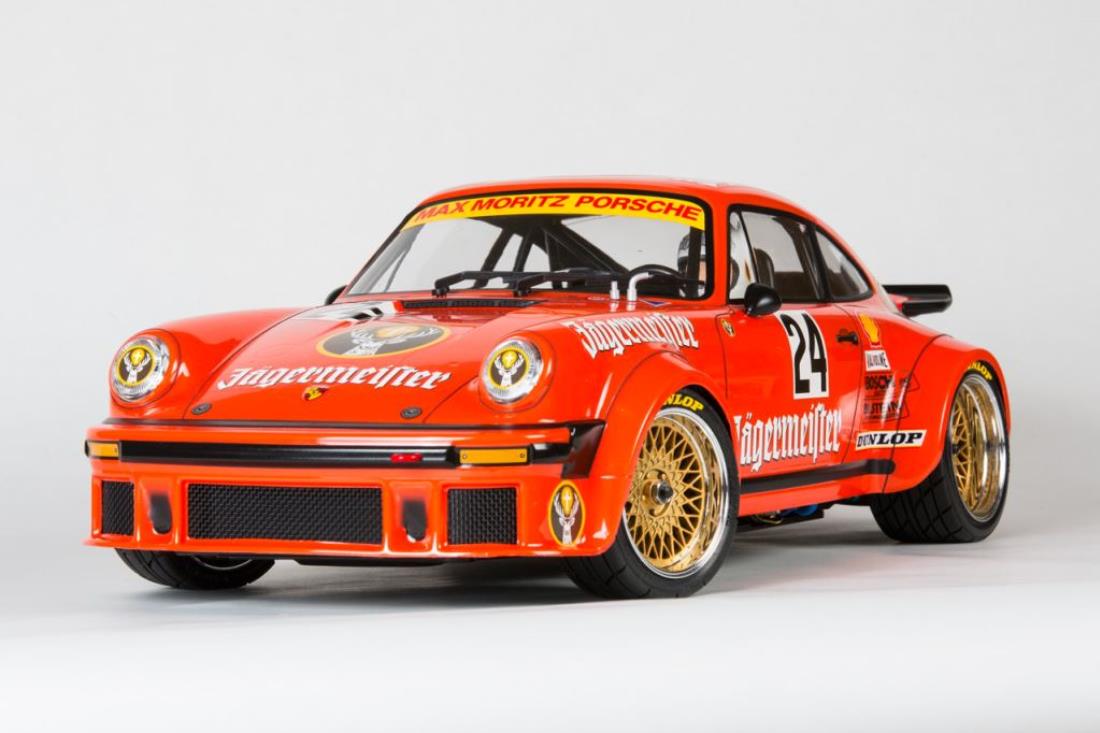 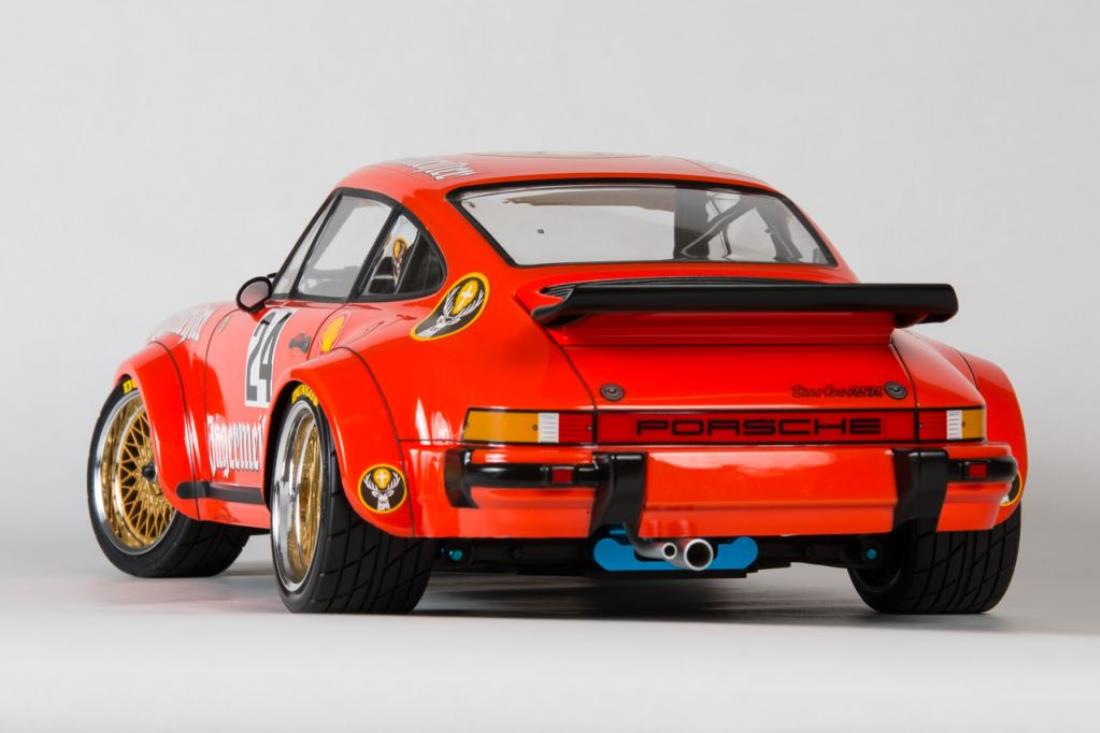 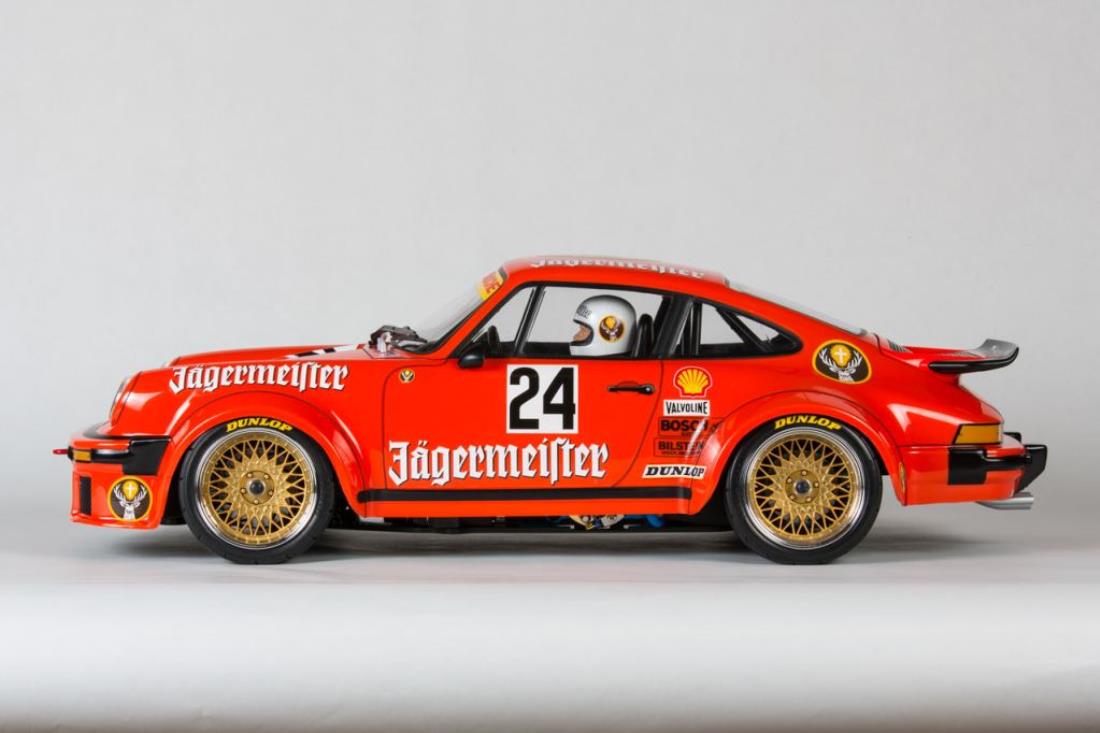 Perfect wheelbase with this chassis 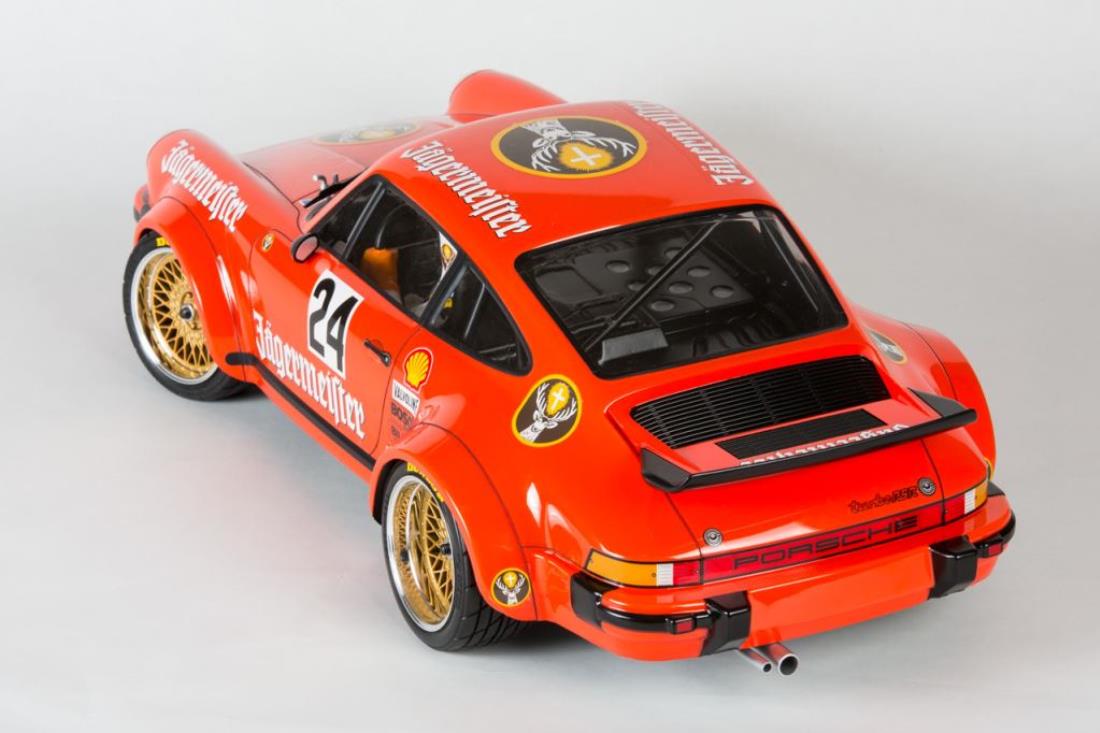 Treaded tyres on this one 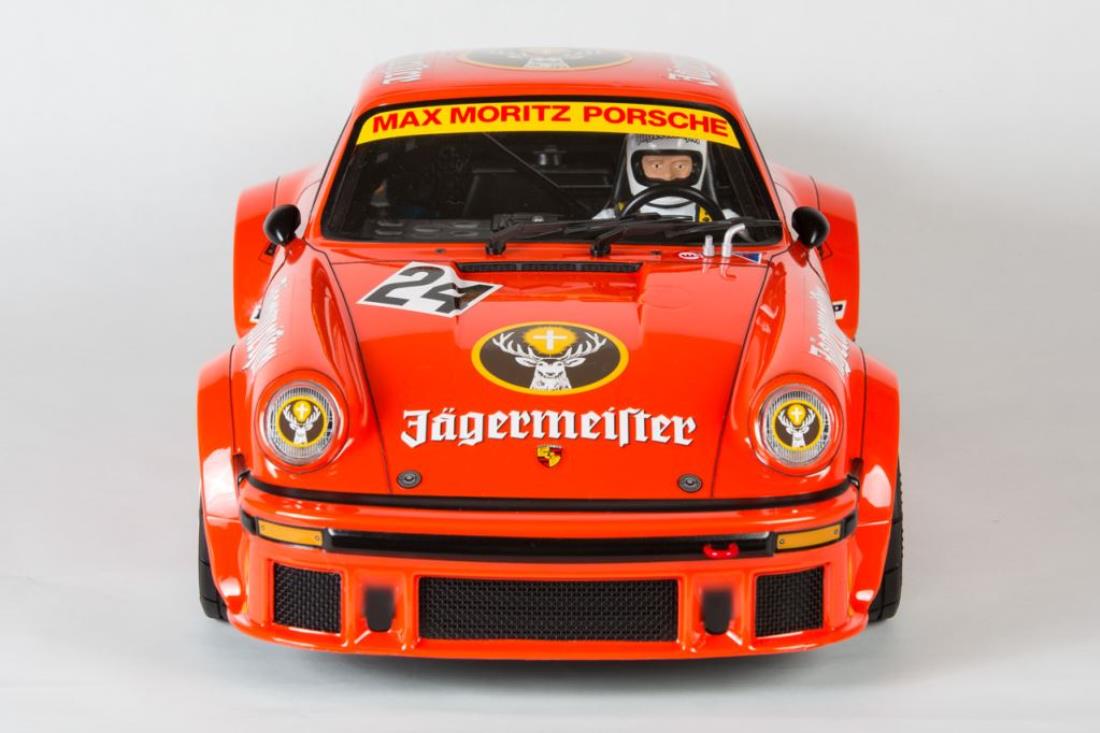 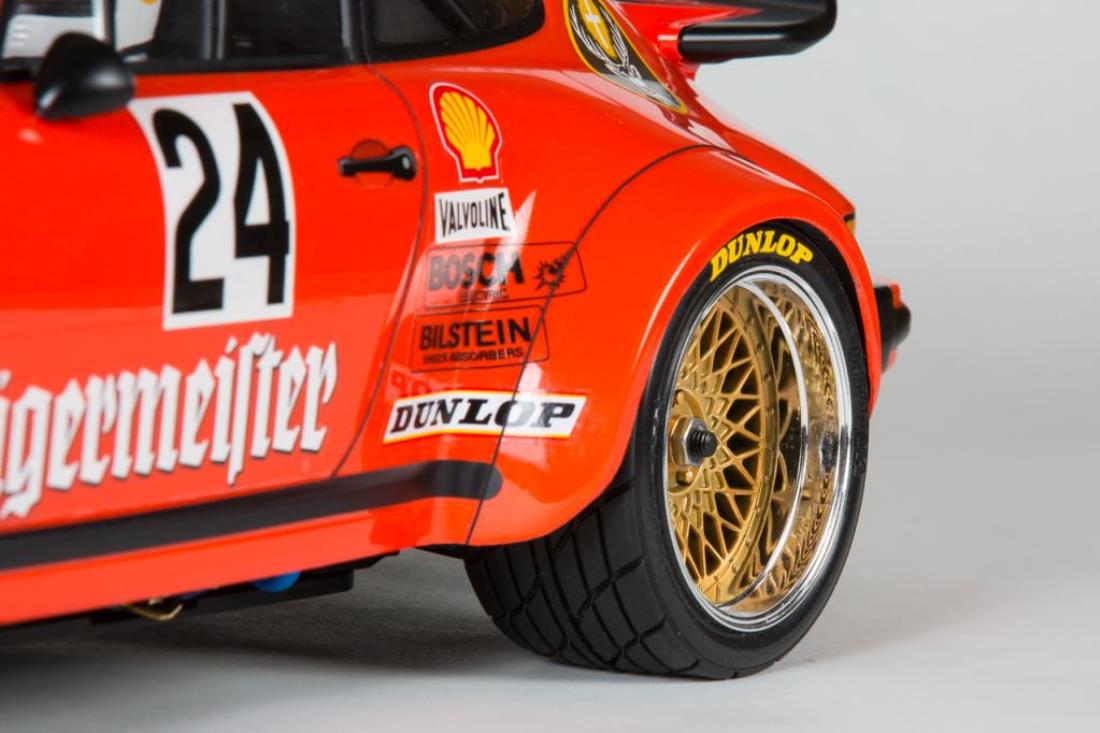 1 Check out that dish 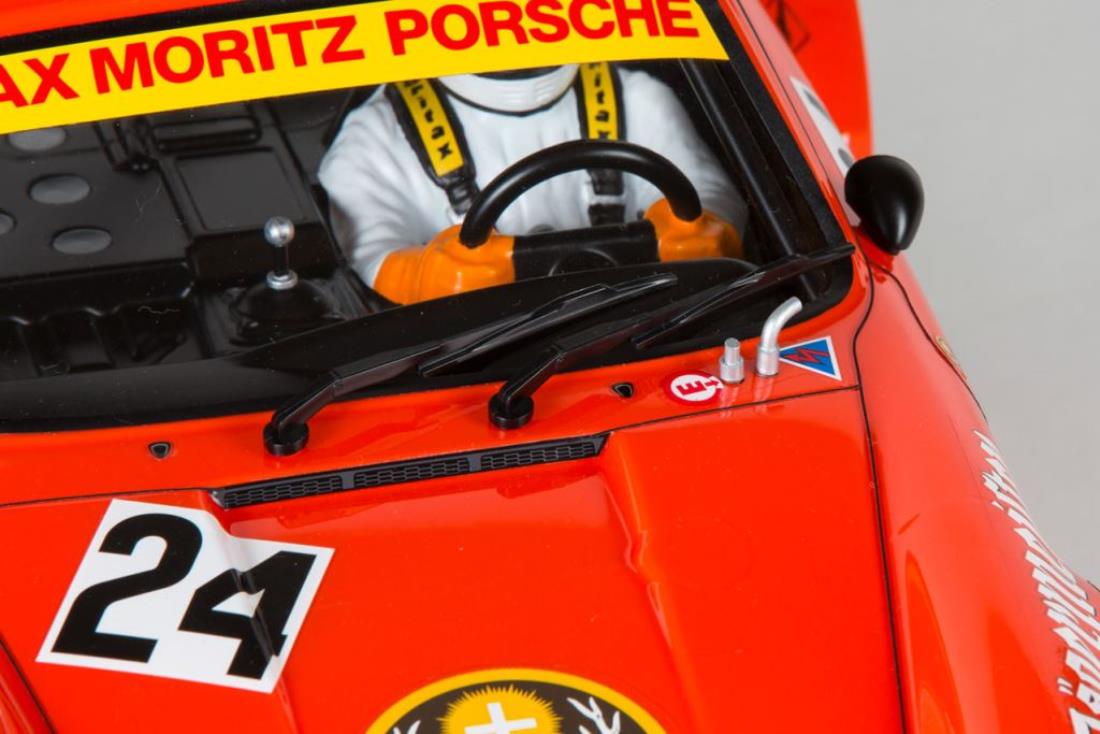 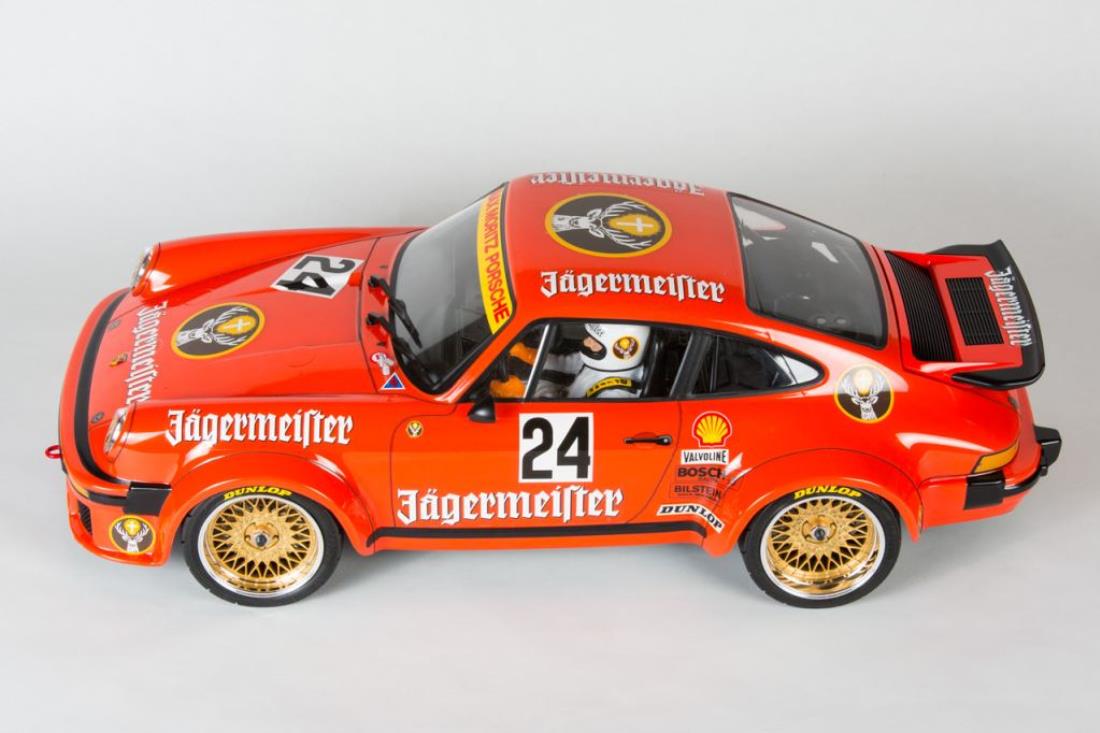 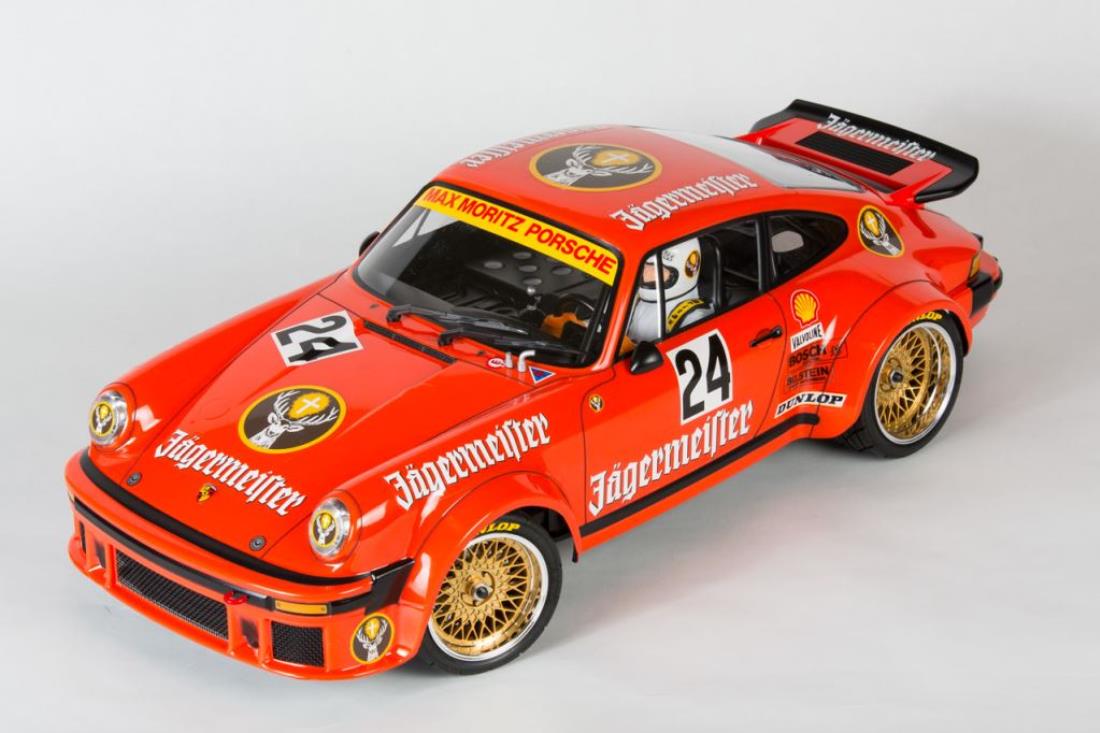 If you liked those pictures, you should see these...
30th Anniversary Porsche 934 RSR project

Nicely done (again) and the Shell and Dunlop logos are a really nice touch. Since your detail skills are so good, I thought I would make a suggestion that would be easy for you to fabricate:Maybe some lexan pieces painted black to hide the little bit of motor and wiring that you see protruding from the bottom of the rocker panel area. The lexan could be made to attach to the inside of the bodyset, or wrap up from under the chassis. At any rate, A++++ job on this sir!

that's not an rc car, that's art work.
Since i saw your RSR my Porsche fades away

- great build! Which pen do you use for making the black lines (door, engine bonnet)

Once again great result. Would love touse the super grip radials on my Porsches. Tamiya should rere these.

That is stunning. Excellent job.

Thanks guys! @scollins, good call, might give that a try. @_miga_ the body lines are Kyosho 0.4mm tape. I can't get smooth enough lines with a pen.

Just saw this absolutely stunning. What color is that it really pops or perhaps it's you photography skills

@JCYM3, thanks! Colour is the standard box art PS-7 orange. It's the studio lighting that makes it look so vibrant.

Another beauty! Where did you get the mesh for the grill?

Thanks! They are 26mm rims with 30mm tyres. I've got a spare set of the wheel barrels to splice together to make 30mm barrels when I get round to it.

Did you paint the window, side and trims on the inside or the outsider? And which paint did you use (TS or PS)?

Ok, Thanx! And where did you get the mesh you used?

Awesome work! Do you cutout your bodies before or after you paint them?

@Jungle, always cut before. Too easy to ruin a paint job with the slip of a knife or scissors!