OK, so technically this is not an original 58016 Sand Scorcher, nor is it even built on a Frog chassis (it was actually a Brat kit)... but in my defence, I first built this hybrid before the re-release of the Sand Scorcher in 2010, so used the original model designation to describe it, and it sort of stuck...

The is the first Tamiya model I built using all new parts, the idea being to recreate the iconic Sand Scorcher of the early 1980s, without the multi-hundred dollar/pound price tag an original commanded back in 2008.

I bought a new re-re Brat kit, together with a Monster Beetle body set, and felt I'd mated the two together successfully (see the various stages in the extra info section of my showroom) to produce a visually similar hybrid that I wouldn't be frightened to run.

Over the years, as I expanded my Tamiya collection and practiced more advanced modelling and weathering techniques, I continued to revisit the Fro-Sco from time to time, updating and refining the original concept, and experimenting with various body modifications such as using a heat-gun and Dremel tool to produce dents and damage/deterioration; the salt technique to produce more realistic rust and weathering; and customising the wings, engine cover and side windows to more faithfully replicate a tired Class 5 desert racing bug.

Additional details included using strips of aluminium tape to replicate chrome and the various metal panels, LED headlights, and not least a spare wheel mounted through a slot in the bonnet. As part of the drive to create a more scale appearance, the original Frog wheels & tyres were soon replaced with Rough Rider/Buggy Champ wheels which in turn have since been customised with ToyKid's scale VW wheel covers (suitably distressed and rusted of course); while the front tyres are narrowed versions of the 915 rear tyres - inspired by SRBbloke here on TC too.

The Fro-Sco has had a succession of Willy drivers over the years, the latest (and final) is 'Steve' (McQueen) Willy - complete with a customised open-face helmet, blue branded racing overalls and even the stub of a cigarette!

While this hybrid may technically lack the authenticity of a genuine Sand Scorcher, from a 'runner' point of view I expect most Tamiya enthusiasts will concede the ORV chassis handles better than the original SRB, although personally I always felt the ORV front suspension was both visually inferior to the scale SRB chassis, and seemingly subject to sloppiness - neither of which truly enamoured me to the build.

Ultimately I corrected this in 2014 (at huge expense!) after buying a complete set of (re-re) SRB front suspension components, together with a pair of 70mm scale Old Man Emu shocks from RC4WD. I fabricated a customer aluminium skid-plate/chassis extension, which mated the SRB assembly to the existing ORV plastic chassis, and finally tied the whole project together.

I'm sure if I added up the cost of this build over the years, I probably could have bought a re-re Sand Scorcher kit after all, but as I say - this has been an evolution since before that kit was released, and has continued to offer a unique canvas for experimentation over the years - and that is priceless! 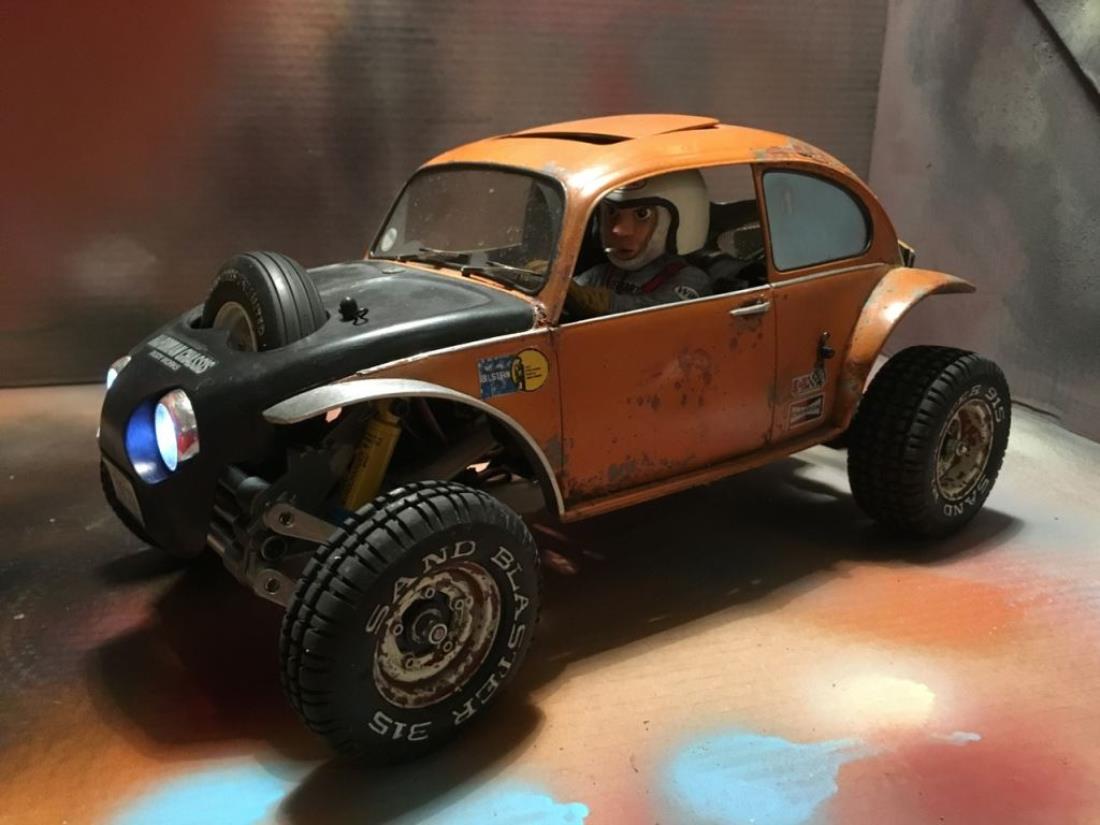 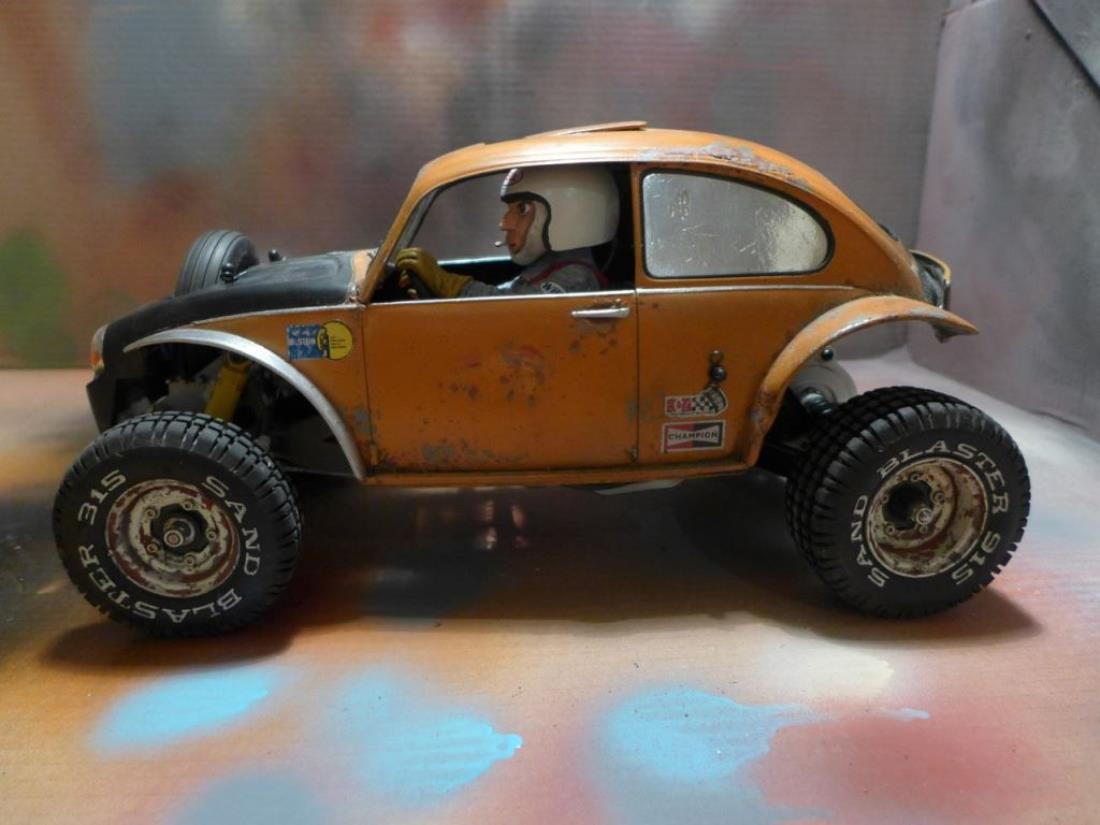 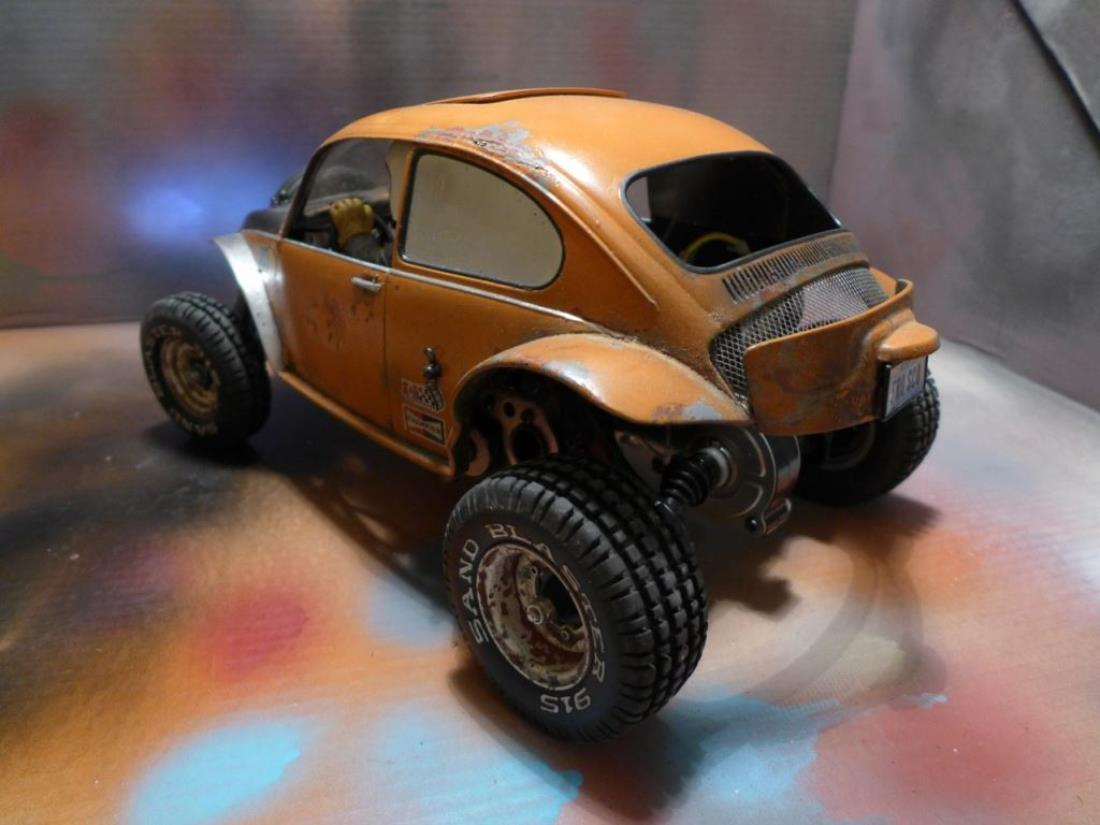 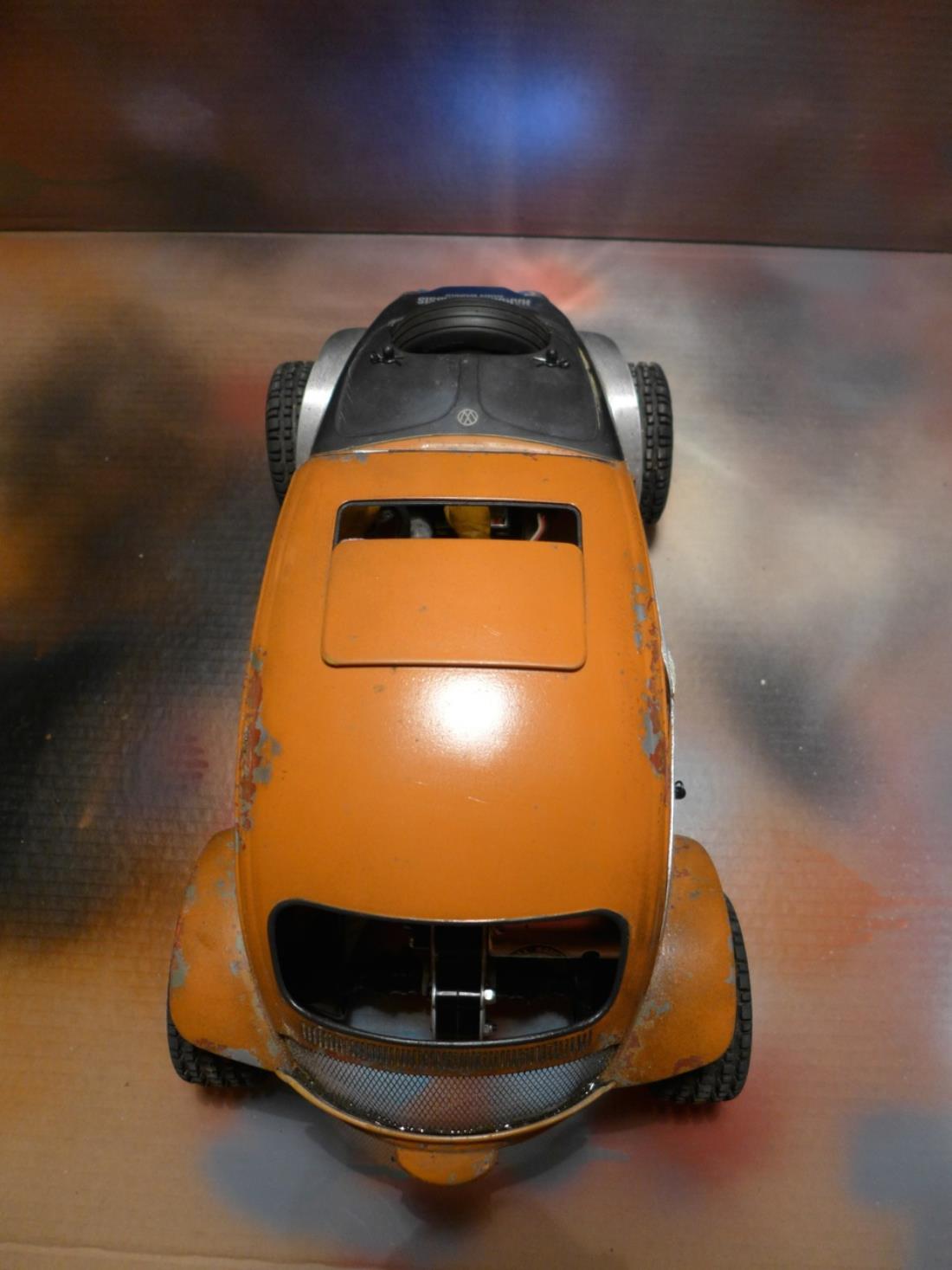 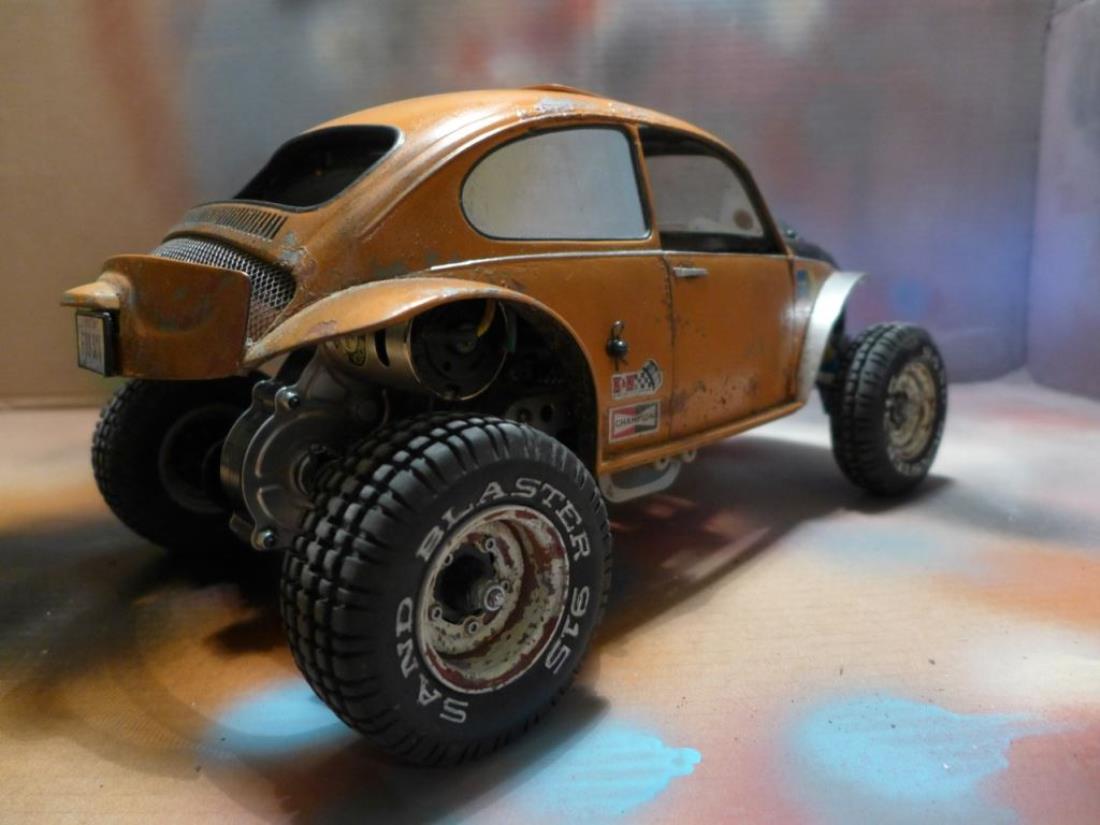 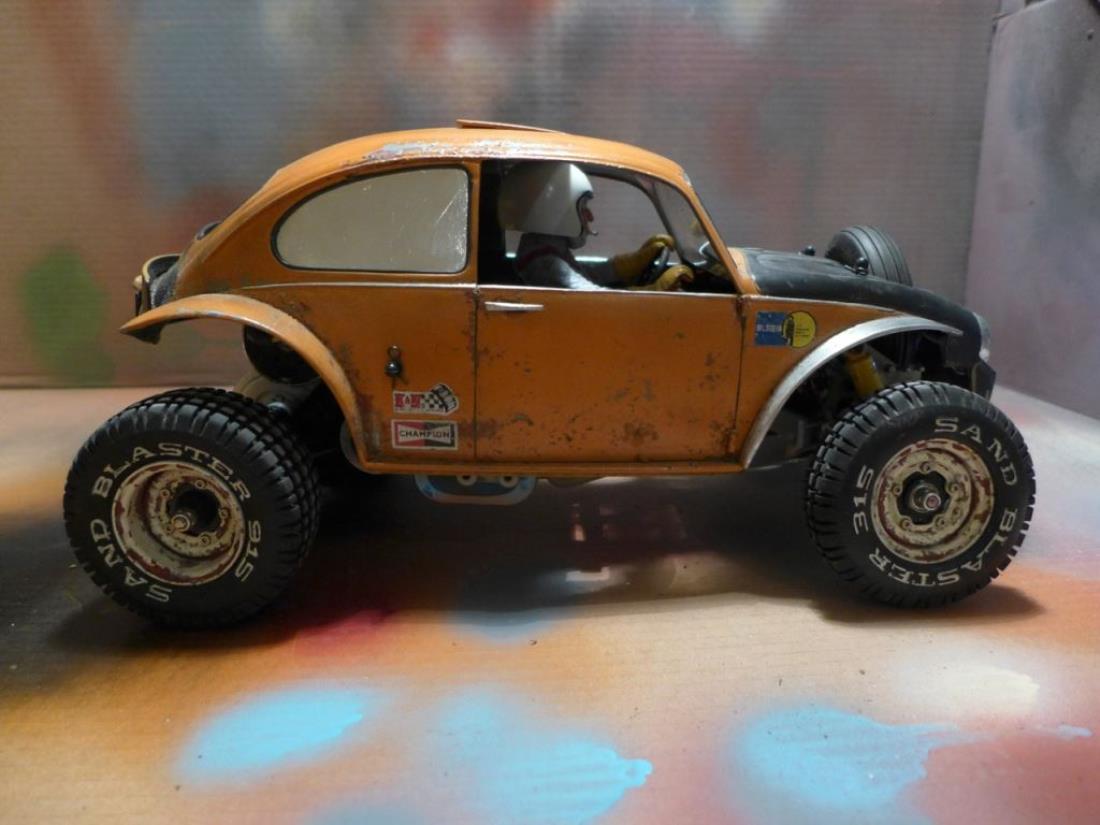 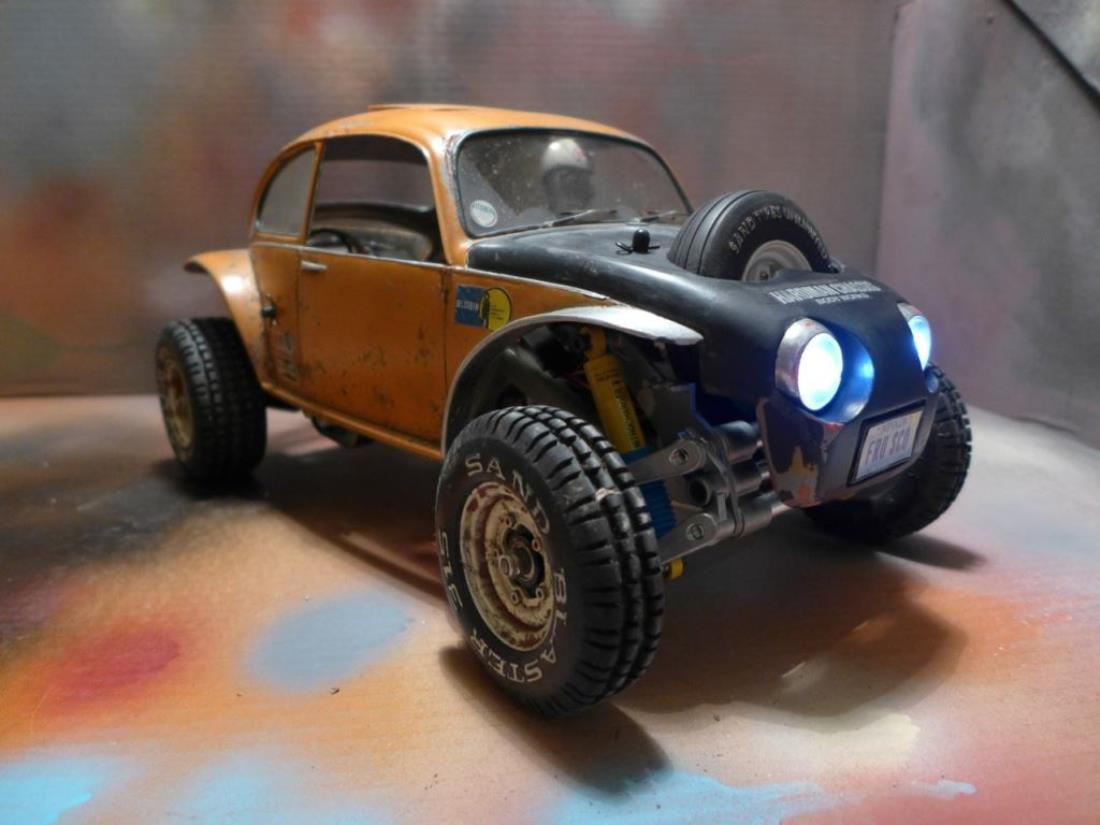 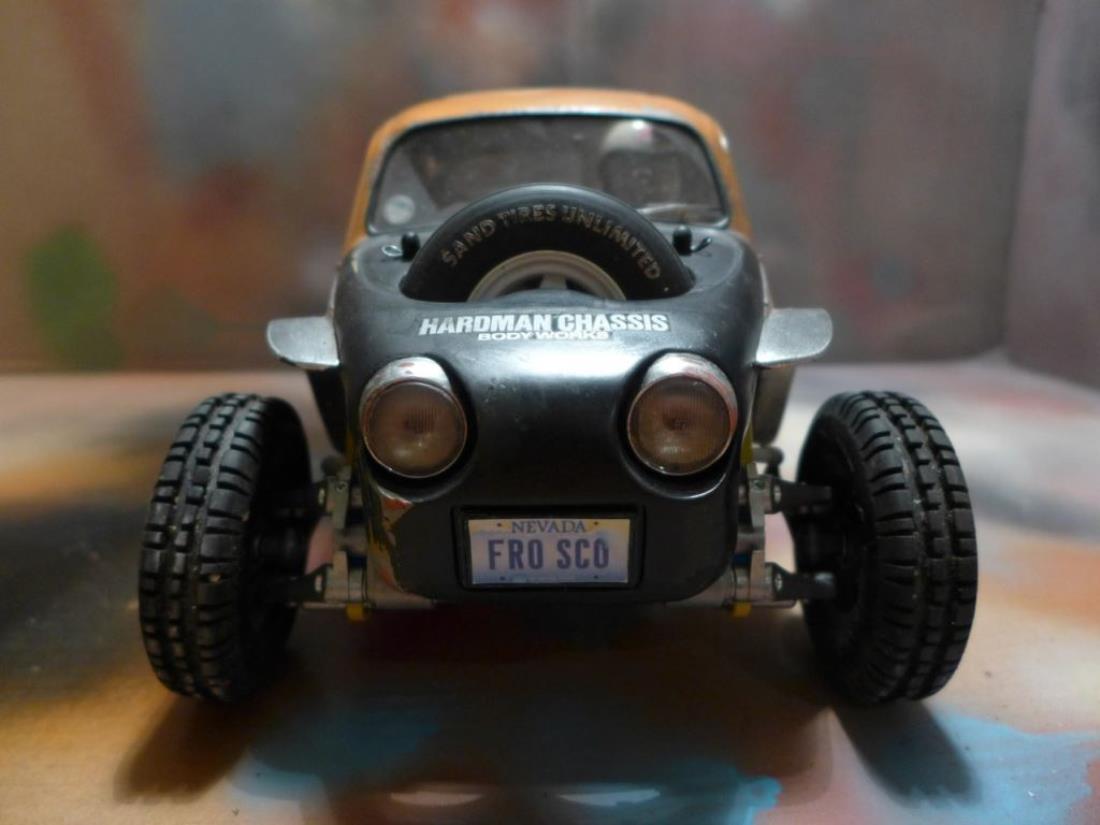 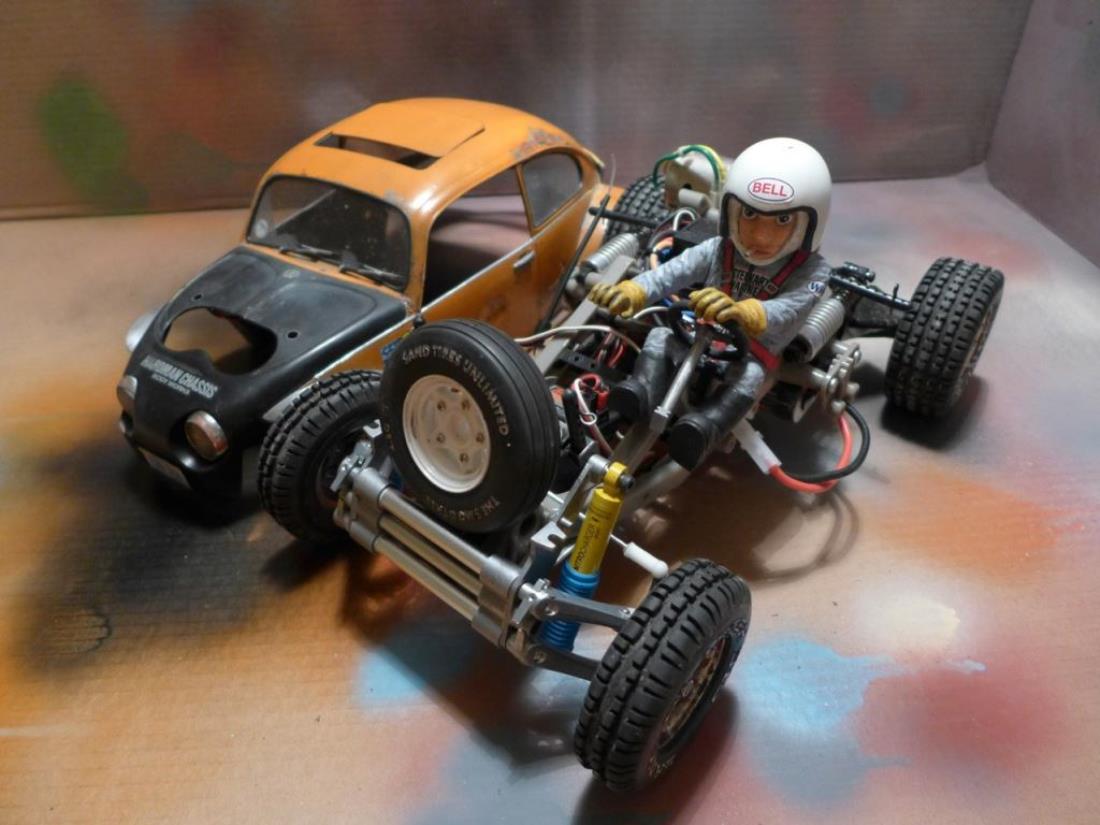 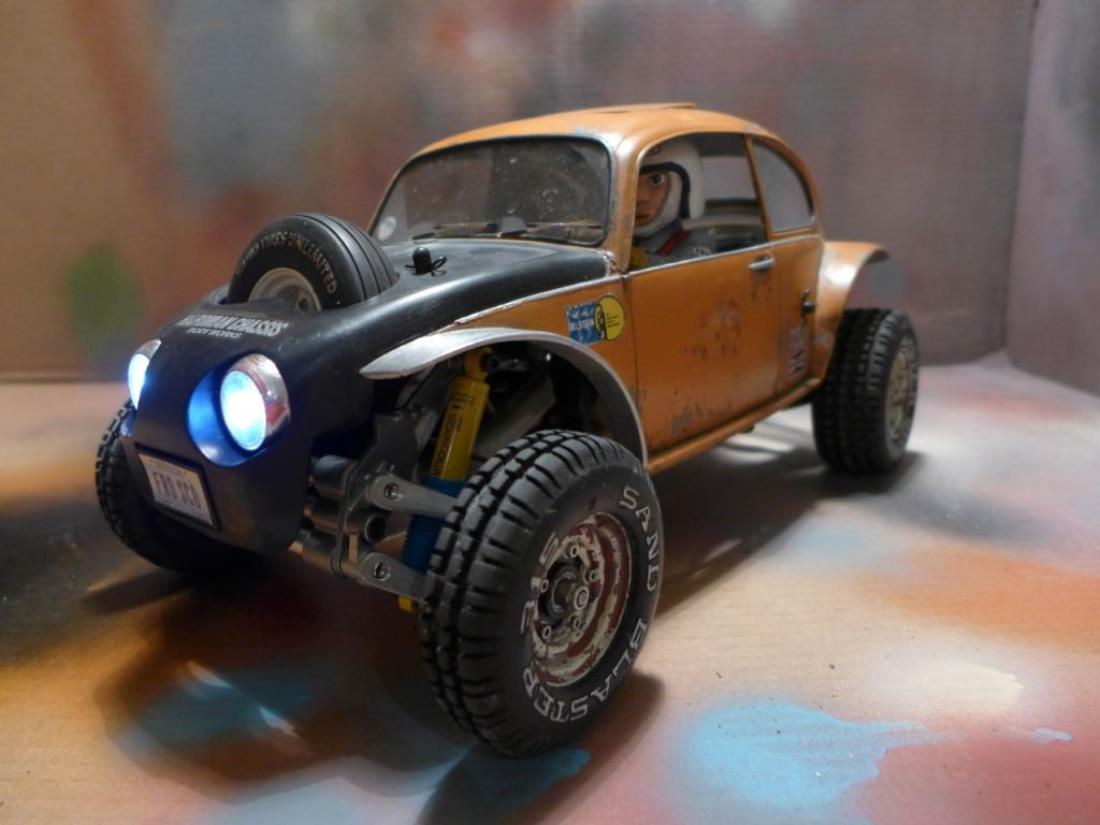 If you liked those pictures, you should see these...
ORV with SRB front suspension

What a long journey

But i think it's worth it! excellent work!

One of my all-time favorite bug/Scorcher builds on TC. Great job Jenny!

That is sweet, nicely done!