I saw the original one, proudly presented by it's owner, during an open school day in my early teens. I really liked the looks of it back then. Some years later I passed the opurtunity to buy one new and decided on the Grasshopper because it had a differential and closed gearbox to keep the sand out.

With the rerelease of the Holiday Buggy I was already sold on the concept of a beginners buggy on a capable chassis.
When this rerelease came along and combined this concept with the looks of the classic beach buggy I simply couldn't let this one pass.
For now still new and unbuilt but, same as my HB2010, oil dampers, ball bearings (included as bonus parts), stabilizers, other wheels and chassis cover patiently waiting on the shelf next to the small box.

Not yet made a decision on the color it will become, any suggestions someone? 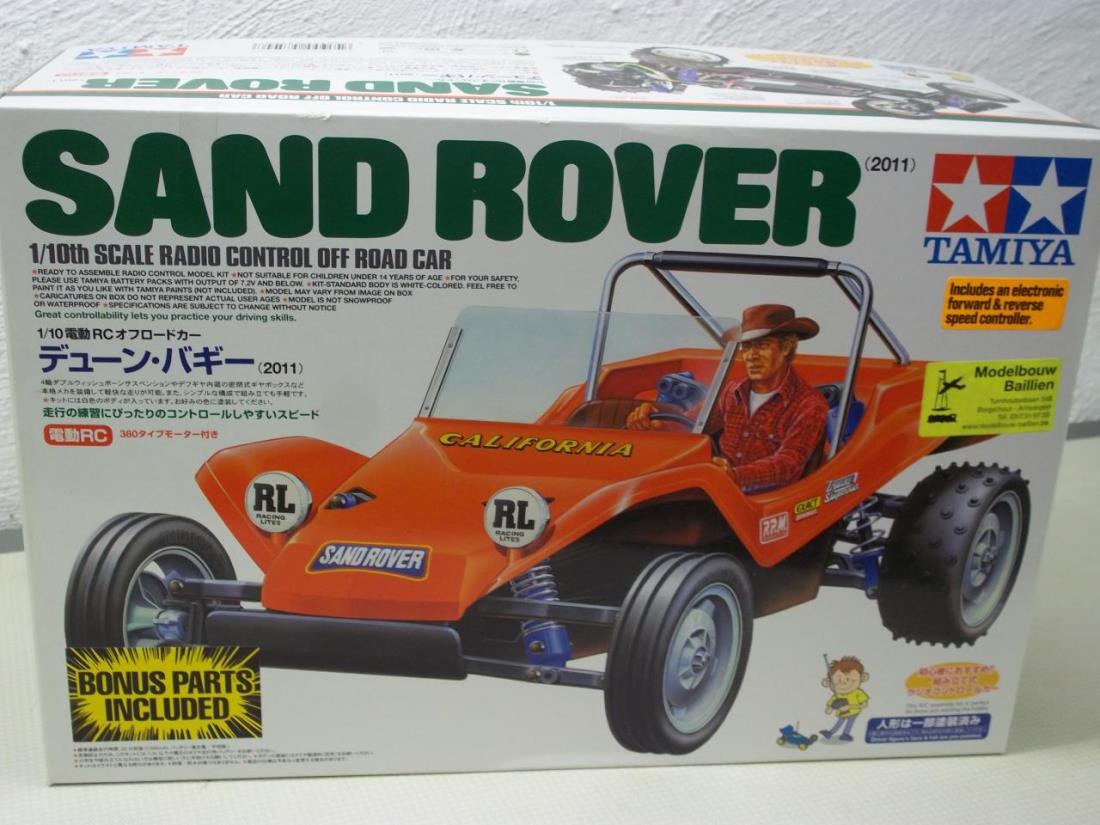 Tell me what color it should be.

If you liked those pictures, you should see these...
Had to have one!

Have you considered orange?!

Yes I have considered Orange but it's soo box art... and then I'm in doubt again.

I did mine in aluminium, it looked great

This was always on my wish list thinking I'll buy it one day, then one day came but I looked and it was gone. No shops selling it anymore. Annoyed I never bought it while I could.

I kept it for 3,5 years before I build it. It's in my showroom now and I should probably list it in my trades section because I need to create some space for upcoming builds.

Three and a half years lol, I know the feeling - I haven't built my rere Monster Beetle yet that I bought on launch......think that was 2015. The build is half the fun.