This is my competition entry for the Special One.

I know it’s not a Tamiya and some of you will have seen this Schumacher Cat in by showroom and others like it. So why is this special?

I bought this Cat way back in 1988 when I was just 16. I clearly remember going to the model shop in Camden Town in London with my Father to buy it and taking it back home. I originally painted the shell in a metallic red and raced it at my local club.

After that it was put in the loft until 2002 when I first joined Tamiyaclub and got the itch again and wanting to restore it.

The main issue with the car at the time was the body, as it had seen better days, however new ones were impossible to find..... so I thought I would contact Robin Schumacher at, you guested it Schumacher Racing. I asked if he would re make a batch of XLS bodies for me and a couple of friends. After a wait Robin and his team had found the mould and agreed to do me a run of 8 sets which was awesome!!

After a couple more years of other things getting in the way and still having a new body set ready to paint, in 2008 I wanted to celebrate 21 years of Masami winning the worlds back in 1987 and with some help from another TC member Willy Chang we produced the FIRST Masmai replica which you see below.

After this other collectors including a close friend Dan Rowlands who sadly passed away this year, wanted one too. I supported Dan with the decals for his own XLS and in true ‘Dan’ style, he wouldn’t let this one go, bit like a dog with a bone and kept on at Robin Schumacher and even supported them with the re release that came out this year.

My Cat also featured on the front cover of Racer back in 2014, has been in the hands of Jamie Booth and even been back to the factory to sit next to Masami’s original car!!

It now sits in pride of place in a cabinet. Not new built, soulless and collecting dust but used with worn parts and nearly 30 years of great memory’s. 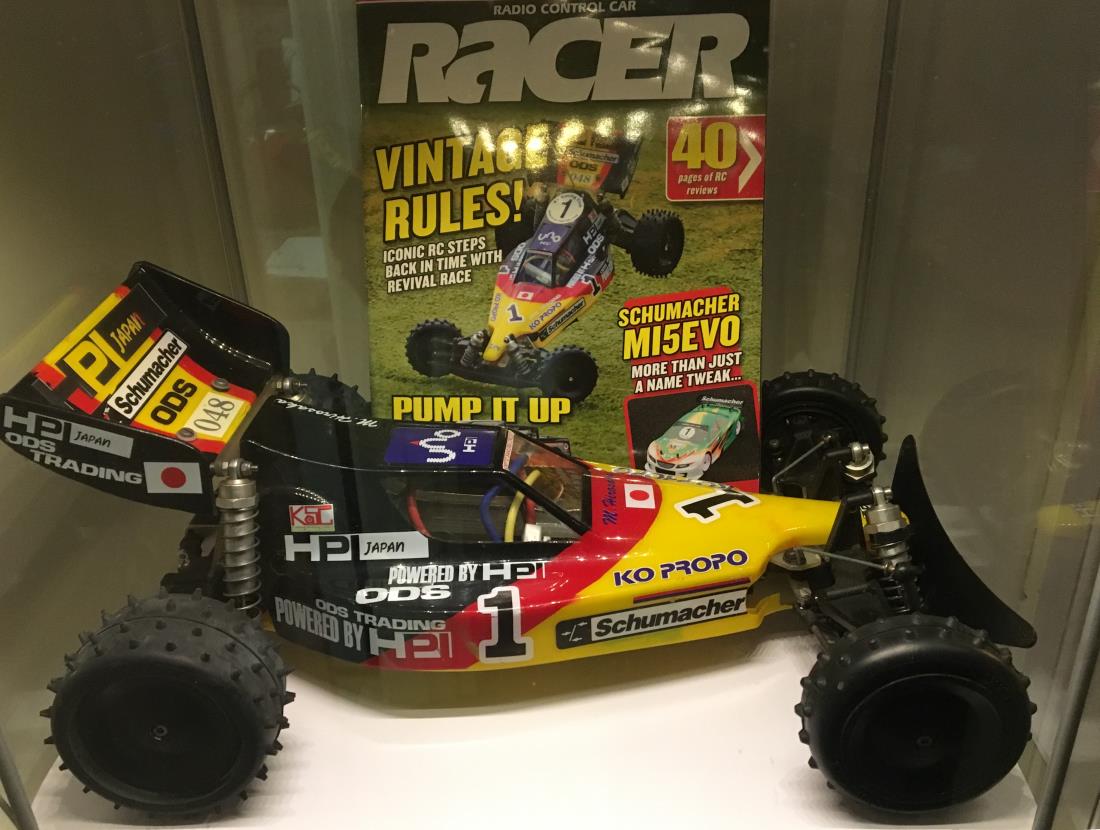 If you liked those pictures, you should see these...
Masami^s ^87 Worlds Schumacher Cat XLS Replica

What a great story,I wish i'd kept some of my cars from the eighties. The Cat was one of the main reasons I dropped from the hobby, at the time I was running a second hand RC10 but everyone in my club was going down the 4wd route and I just couldn't afford to keep up.I was purely funding my hobby from YTS wages and trying to run a car at the same time. I always liked the CAT but was a model that escaped me at the time. Good luck in the comp....

Nice entry and what a classic this buggy is! Love the looks of this too especially when painted in box art!

Really great story here and the fact that you had it sitting next to Masami's original car is really cool!