Commission number four for Hess is this Focus.

Having had bad luck with the previous Focus I did, the 2001 model where the paint wouldn’t stick properly, I was a bit apprehensive about doing this one. I followed the exact same process and after painting the blue I nervously peeled off the tape. This is the point doing the 2001 car that it took a large amount of paint with it but this time it worked fine.

Successful paint meant I was able to cut out the grille and vents this time, although as Tamiya didn’t update the mould, the vents are wrong for the year of the car. I used a combination of styrene and cut vinyl to replicate the co-driver side and centre vents. Not totally accurate but better than the stickers or doing them 2001 style.

For my previous Focus I used a vinyl cut ford logo on the intercooler but for this one I did the same as the real car by painting it onto the mesh. I worked out how to do this for the Michelin logo on my Xsara, so the same method of cutting a mask then spraying.

Totally absent from the Tamiya version is the cross brace and pipework behind the grille. I made this with styrene rod heated and bent to shape.

It’s a tiny thing but my favourite part of the car is the front towing eye. I normally use an electrical spade connector but this doesn’t look right for this car so I had a go at making one from styrene. It worked really well and I think it’s spot-on accurate to the real car.

With my previous build, the Evo VI, I had stickers printed so I made use of some spare room on the sheet to produce some driver suit logos as unlike the 2001, this doesn’t have an interior as standard. Colin and Nicky’s helmet stripes are vinyl, heat shrunk to fit.

The chassis is again the TT-02D Type-S and whereas with my own builds I tend to re-use the same one, with customer cars it’s a new chassis built each time. To get the body to sit absolutely perfect with the wheels centred in the arches I had to slightly space out the front shock tower to move the front body posts forward a few mm, then fine tune the spacers on the rear arms. Being able to do this makes this chassis absolutely perfect for these detailed builds. 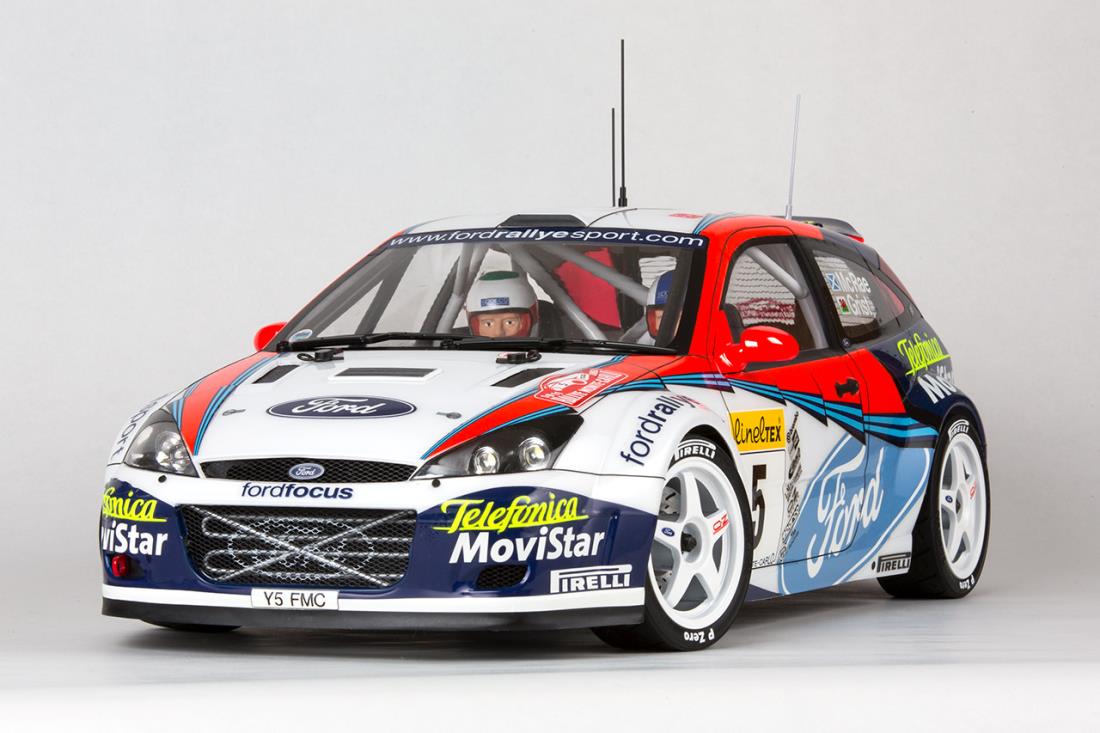 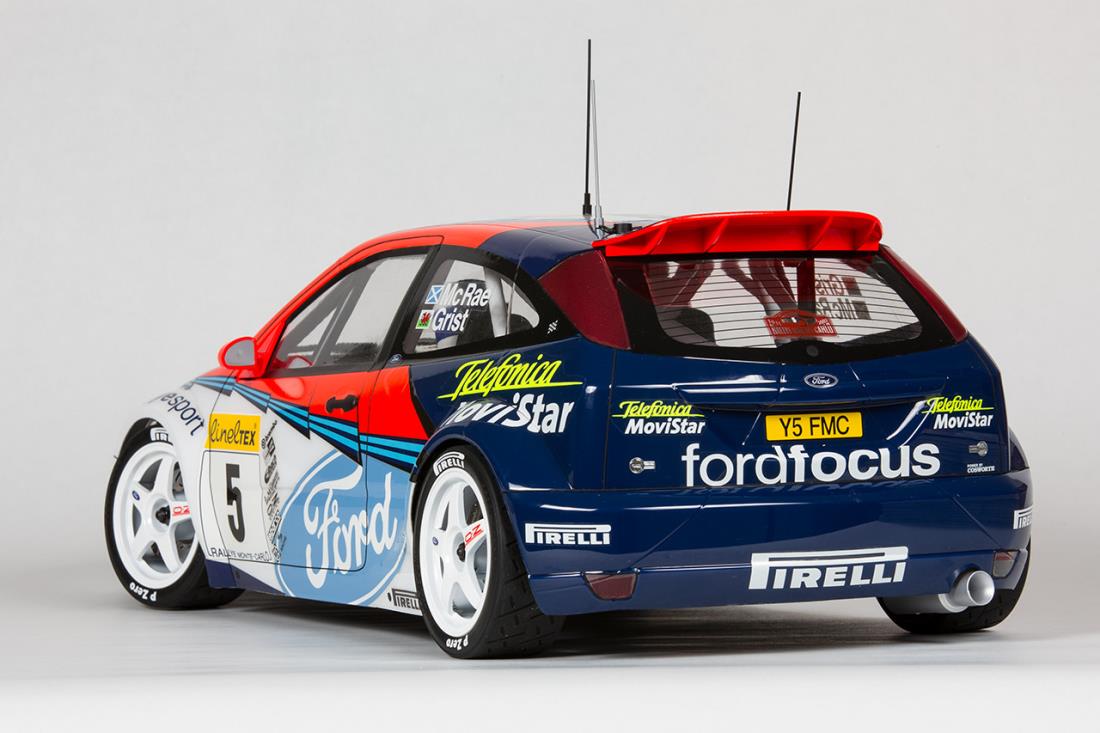 Fewer stickers on the back for this year

Large stickers a bit of a pain 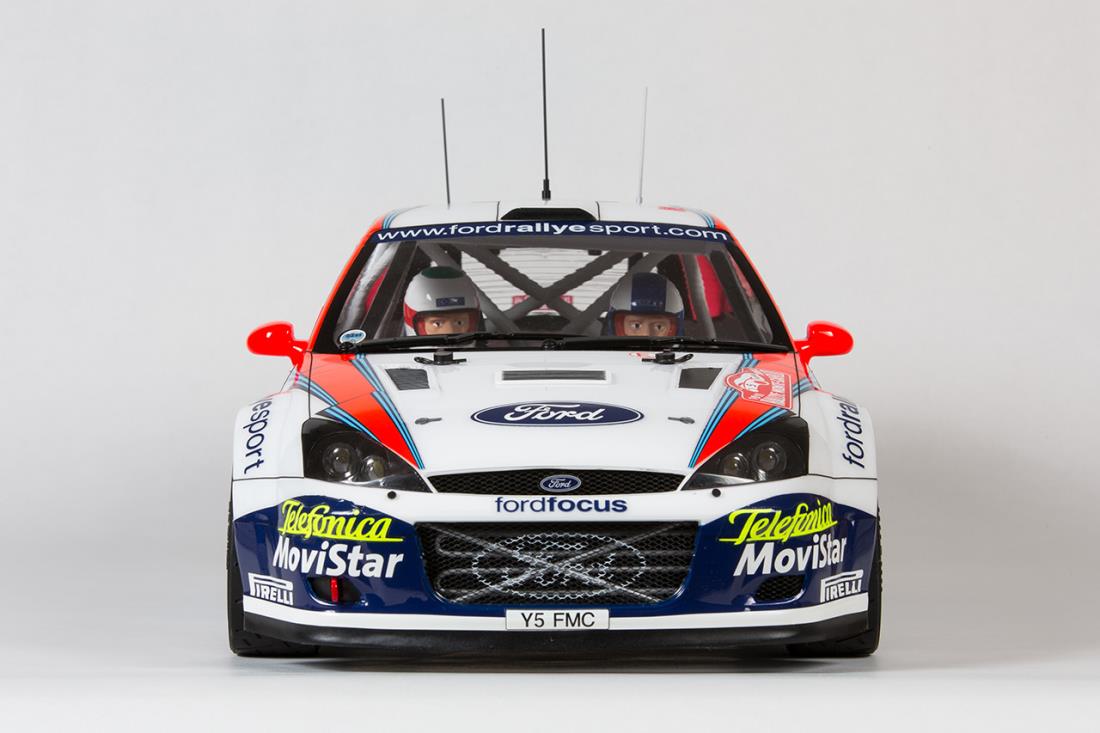 Styrene cross brace and pipes behind the grille 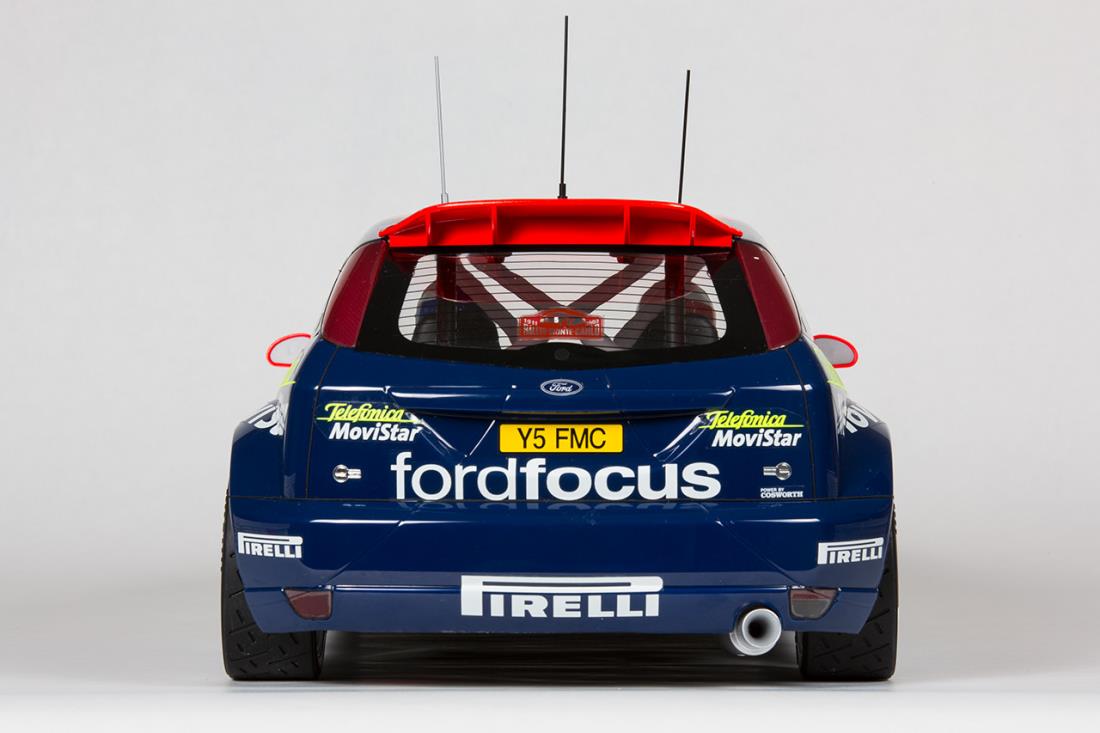 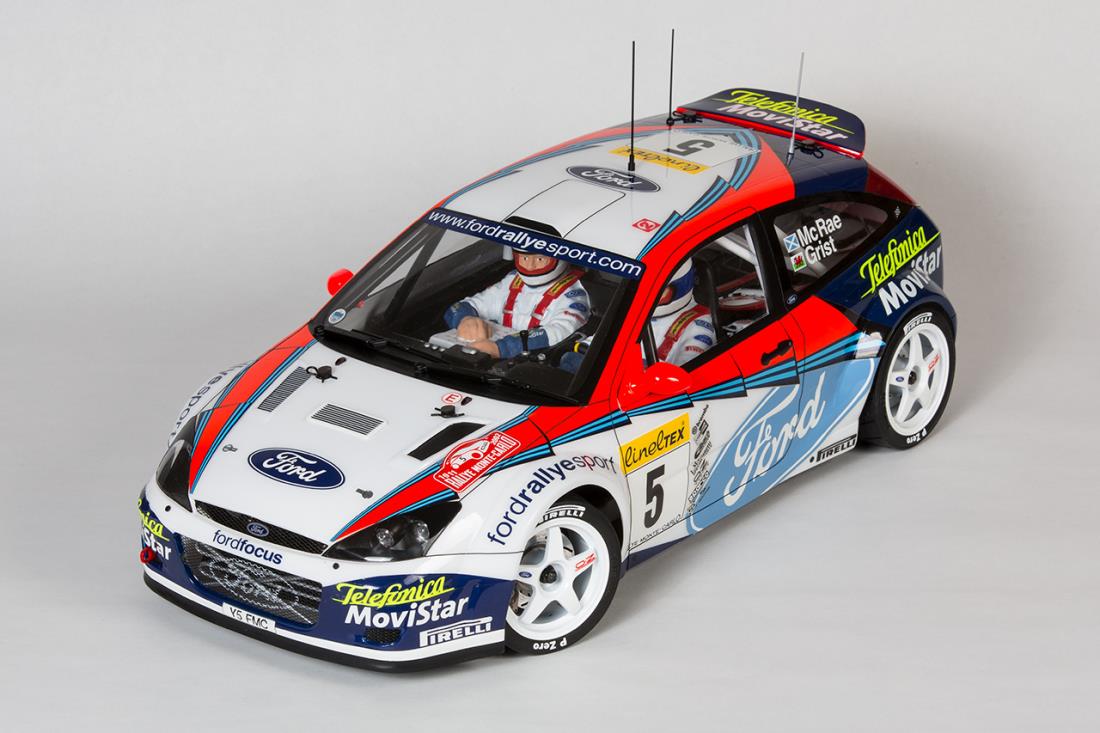 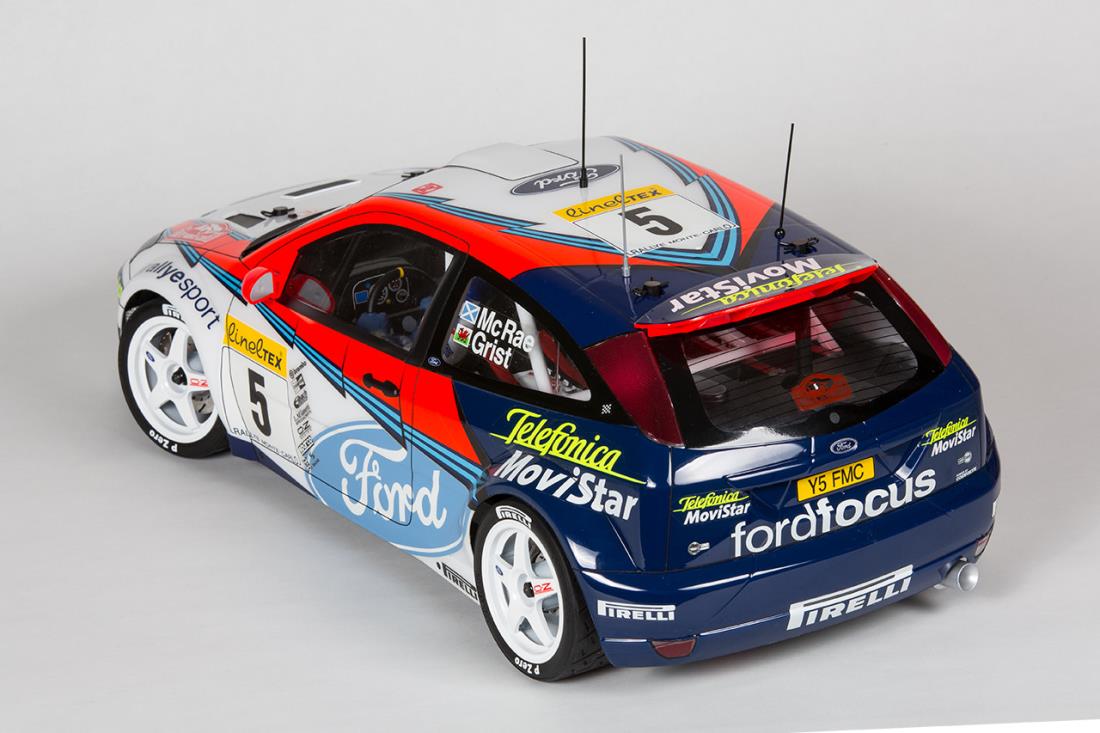 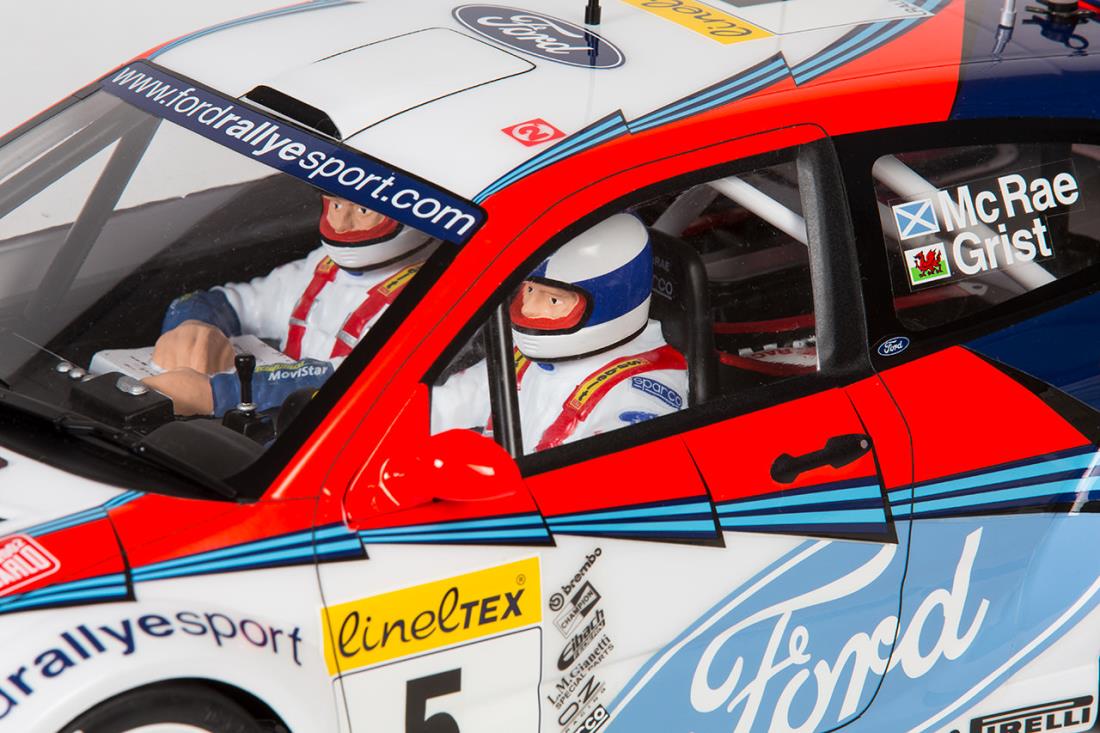 Driver helmet graphics made from vinyl 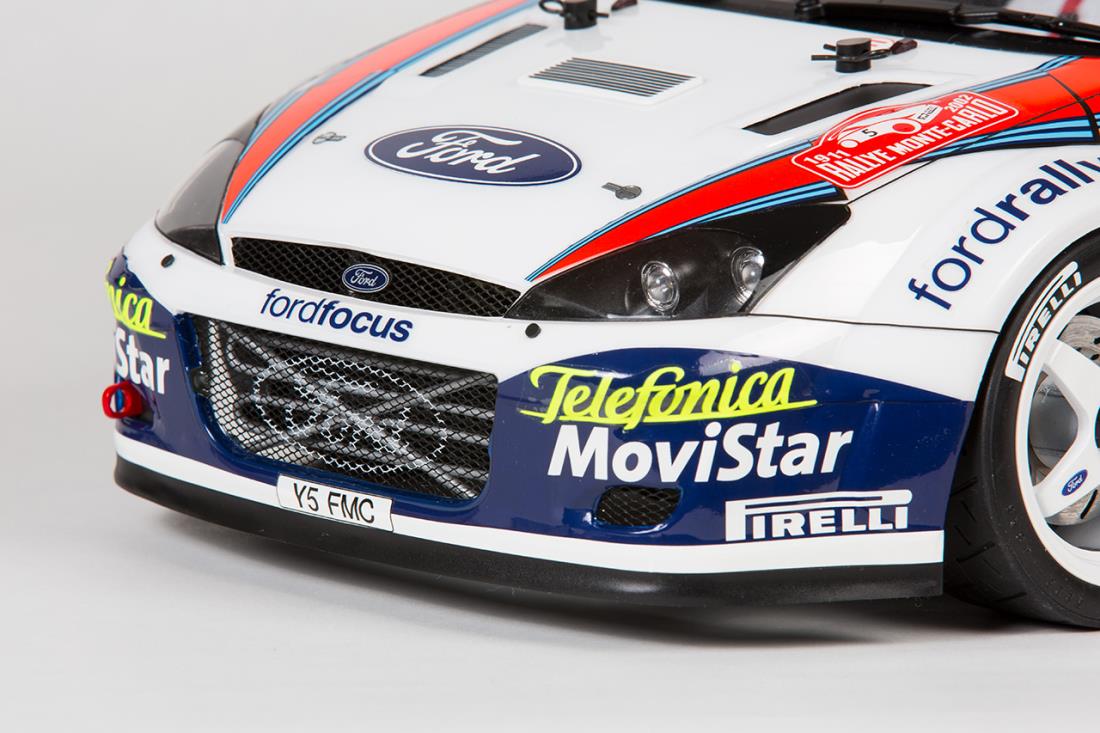 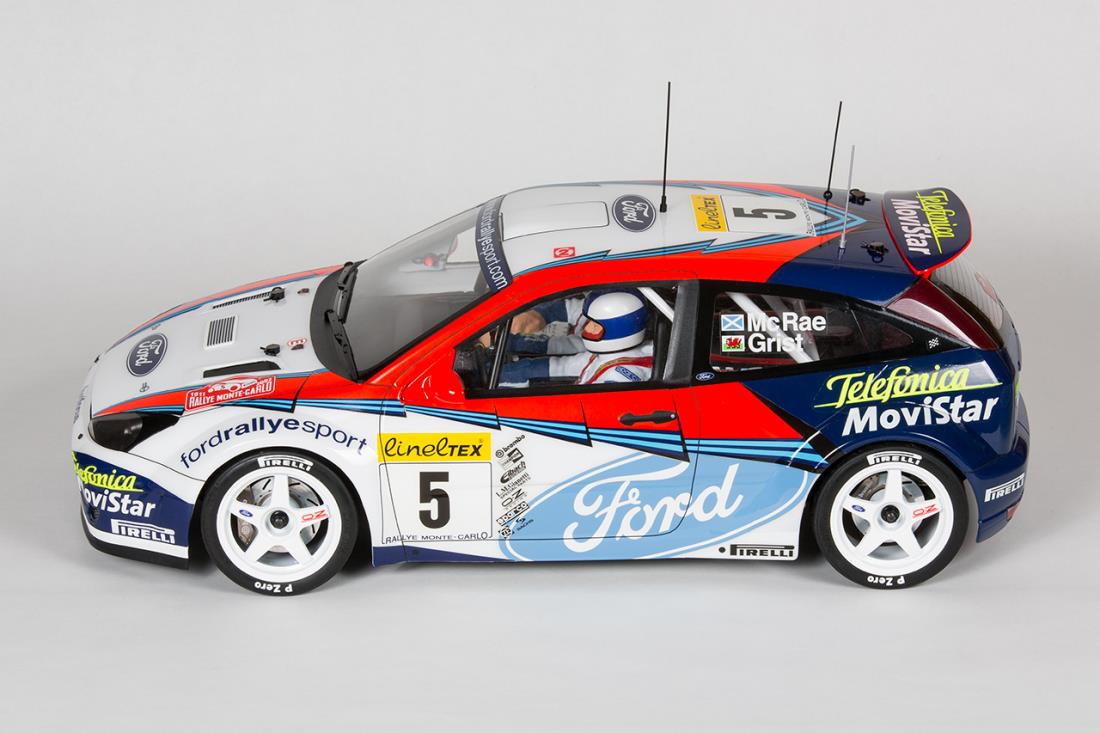 Absolutely stunning. What a job.

I get inspiration from the detail work you do. Absolutely perfect! Wow.

Superb attention and work on detail! Your projects inspired me to push a little further on my recent Audi Quattro project to much affect. Your work is on another level though, I can only dream of for now.

Once again amazing details on your cars. Beautiful Focus. Every time I see your builds I want to built a rally car, and when I do, my finish look like something from the kindergarten compared to yours

Your work is commendable Mr Norris. You should be awarded free NIBs from Tamiya every year in recognition of your contribution to the hobby of Model Cars! lol

Awesome car and build as usual from you (!) I wish I had 10% of your skills. One small thing is Colins helmet is wrong. It should be all blue with white cross when looked at from the rear like the Scottish flag., not being picky at all, I could never do a build like that but I can see how you want to get everything spot on !

Really impressed that you managed to replicate the radiator housing behind the center opening, Truly a magnificent build Adrian

Absolutely stunning job as usual.....I've owned two 2003 Ford Focus SVT's over the last 15 years and I wish my real one looked and drove like the real version of the old rally version you have replicated!!