This has been the longest build in my collection (over three and a half years!), but it is now 99% finished, so it's time to update my showroom.

To recap (please see SRB Cage Racer part 1 - 3 in the 'extra info' section of my showroom), I wanted to build what I considered my 'Ultimate SRB' - using a new 2009 Buggy Champ/Rough Rider kit as the donor for the running gear, combined with a custom aluminium chassis that in turn allowed me to mount a [modified] Vaterra Twin Hammers cage to it, effectively creating a two-seater sand-rail style SCORE buggy.

I also wanted use as many scale details and 'real' (ie. metal) components possible - ideally so I could leave it unpainted and show off the raw materials, while at the same time having it finished as if it were a real race buggy.

The driver is a Kelly Osbourne figure, modified to sit in the Axial seat and held in place with the seat-belt harness (and is therefore removable if required). Her right arm actually moves with the steering too*! Her helmet is from a Blitzer Beetle (ie. Sand Scorcher) driver, cut and shaped to fit her head, and her glasses were borrowed from her brother Jack.

There is a detailed thread in the Builds section on the forum showing the evolution from the original inception, and how ultimately the various custom and modified parts went together.

One fundamental element I wanted to retain was the ability to use a traditional 6-cell stick-pack battery when running, and this has been achieved by mounting it horizontally behind the seats (along with the ESC) under a custom rear deck/cover.

I consider the physical build finished now - the only thing/s I'd like to add are some decals (still deciding, but something Tamiya/SRB themed for sure - race numbers and sponsor stickers), plus wire up the head and tail lights with LEDs.

I hate to think how much this has actually cost to build over the years, but personally, I think it has been worth it... I hope you do too! 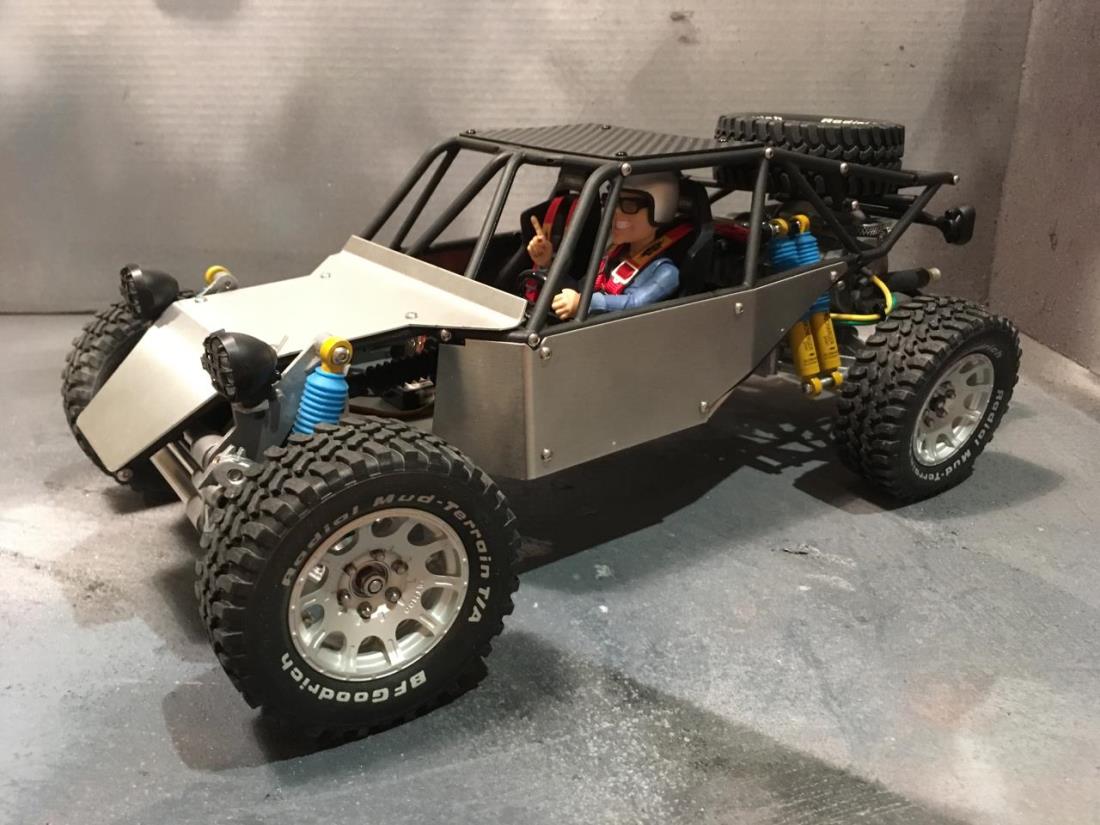 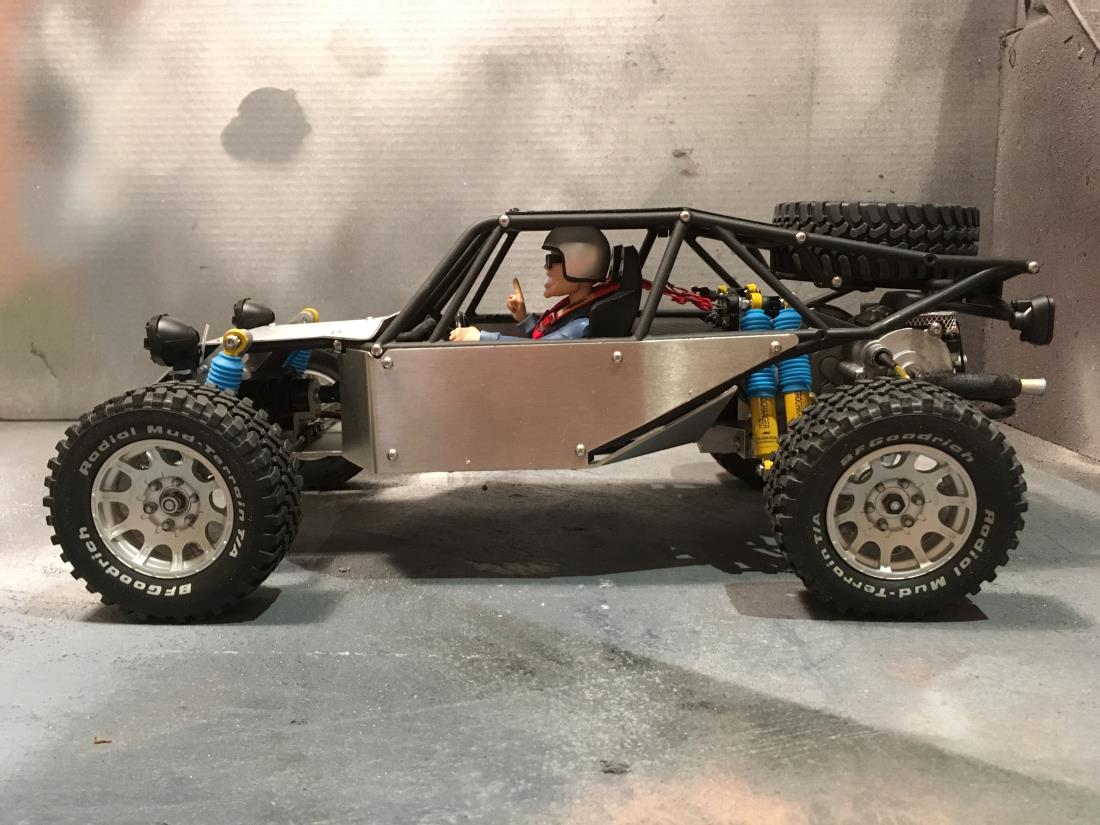 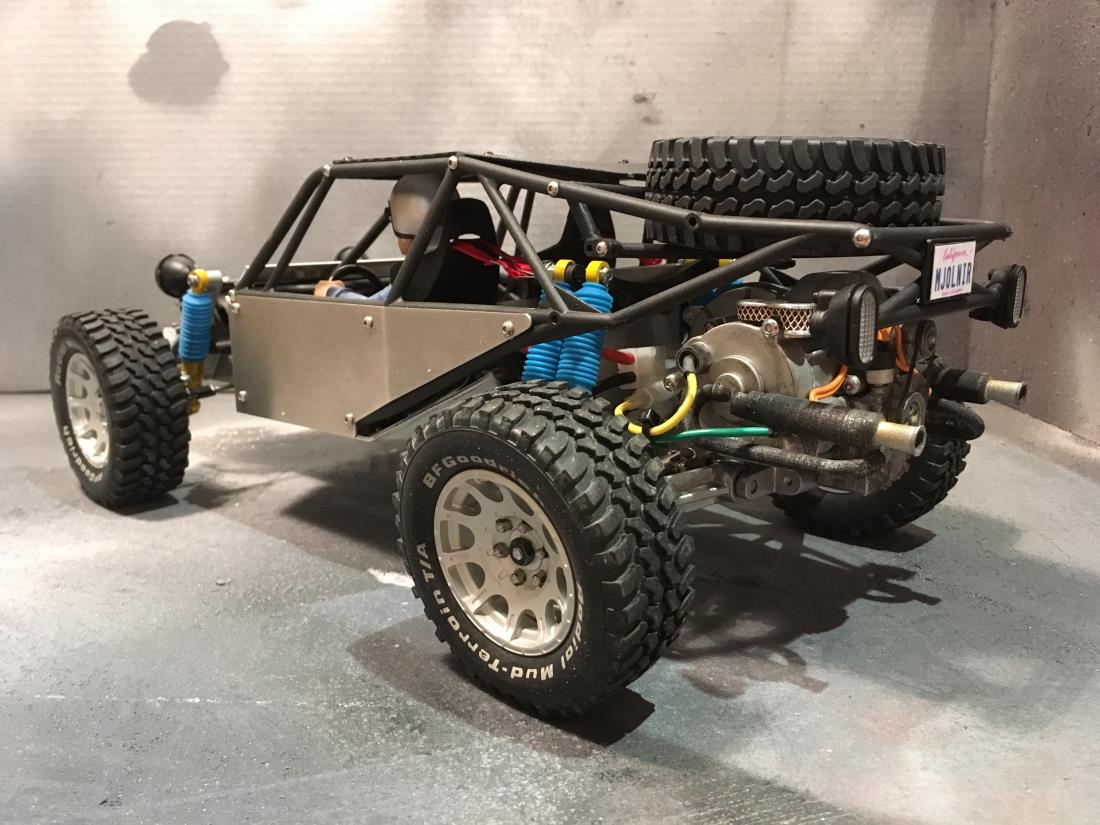 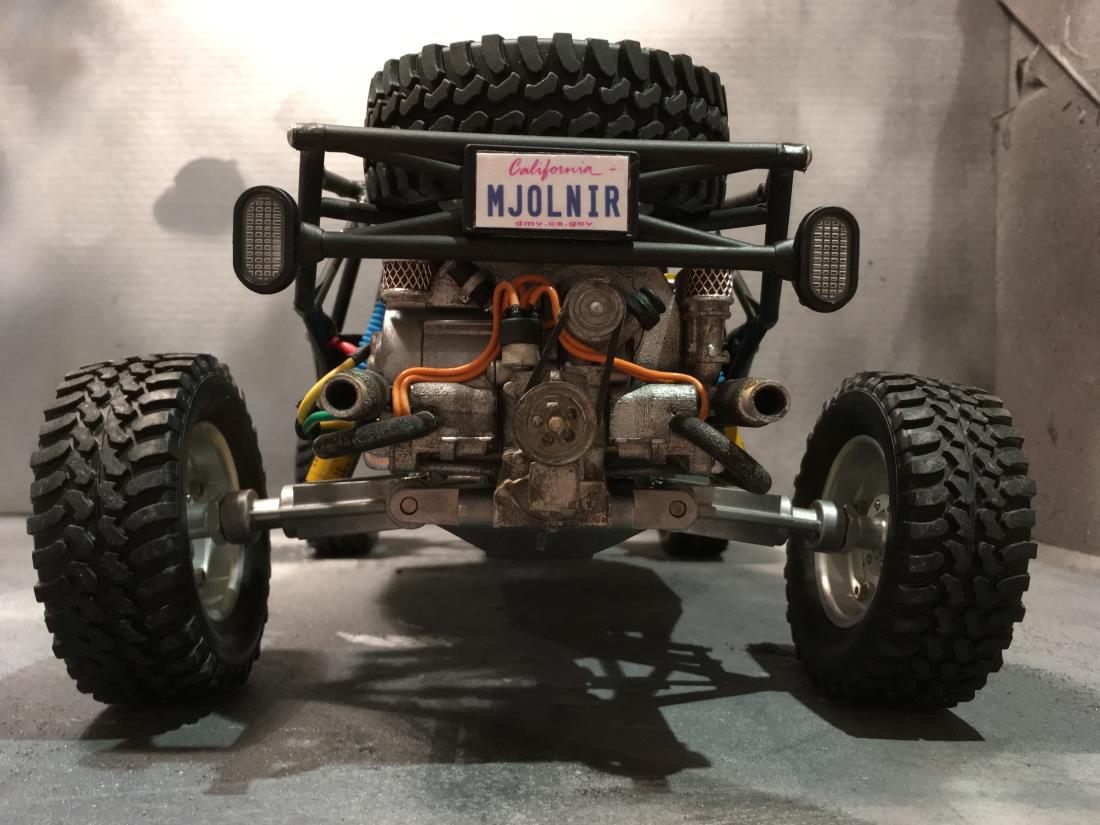 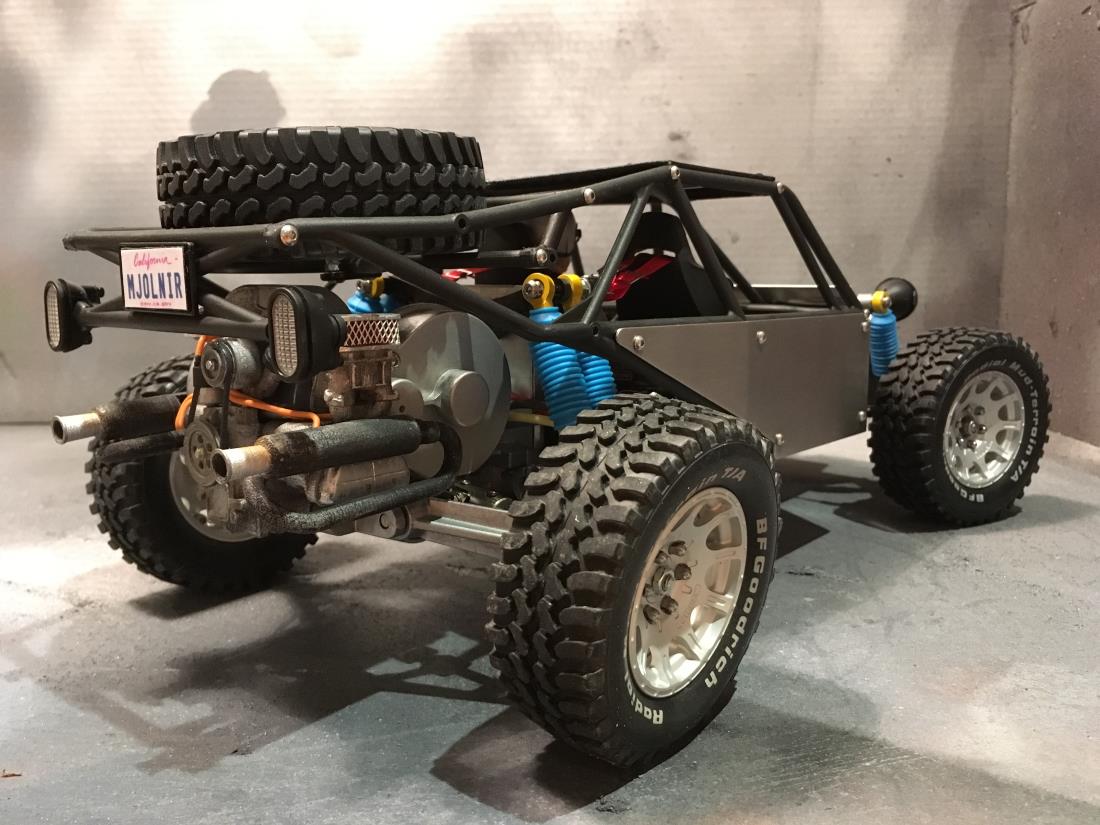 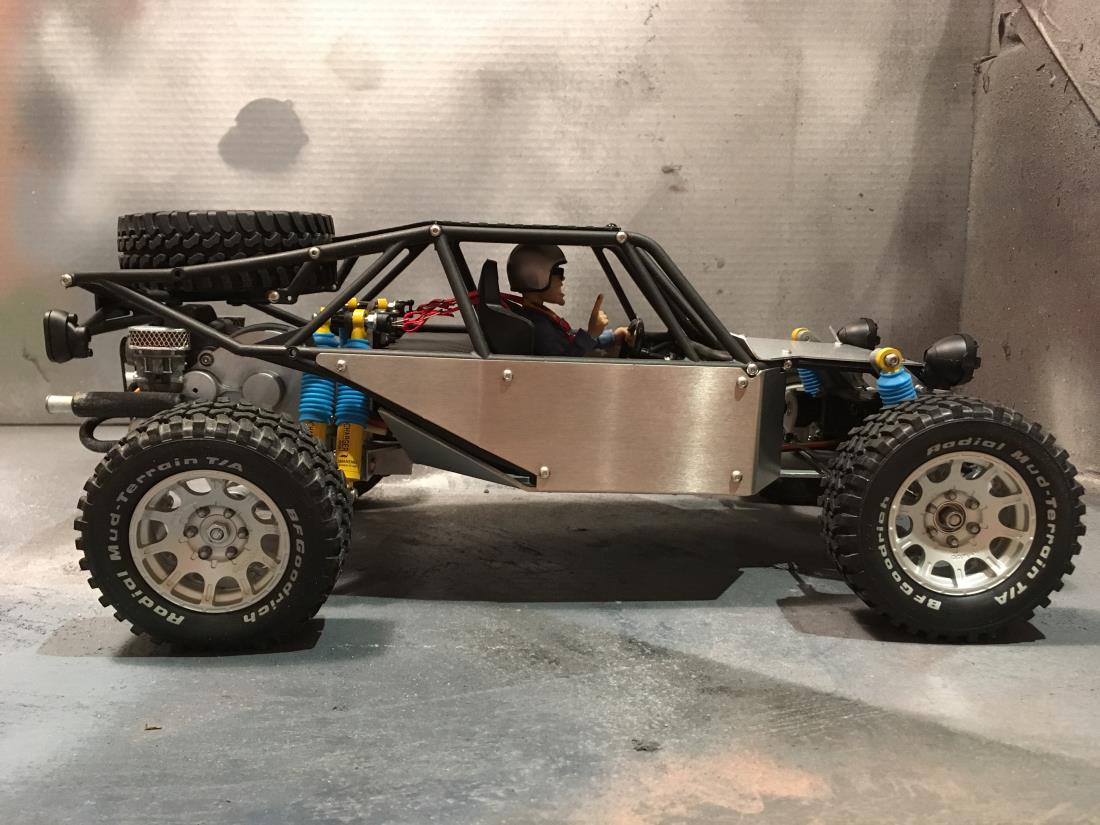 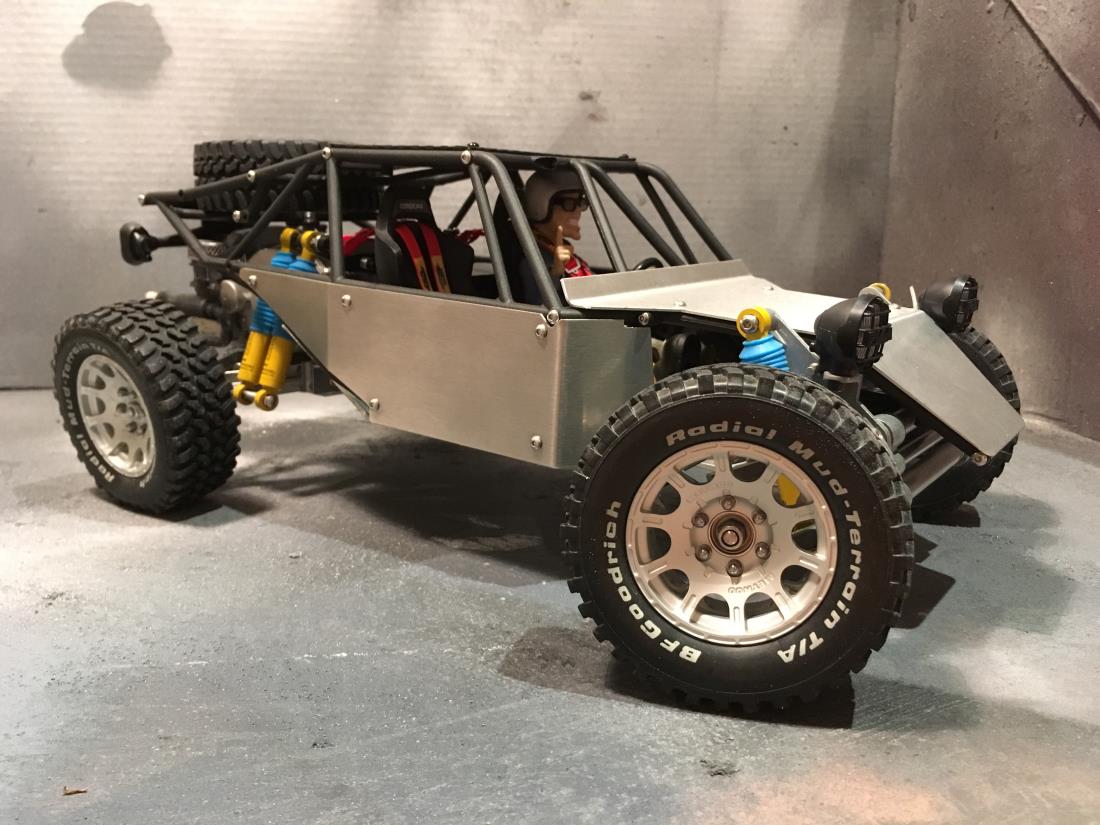 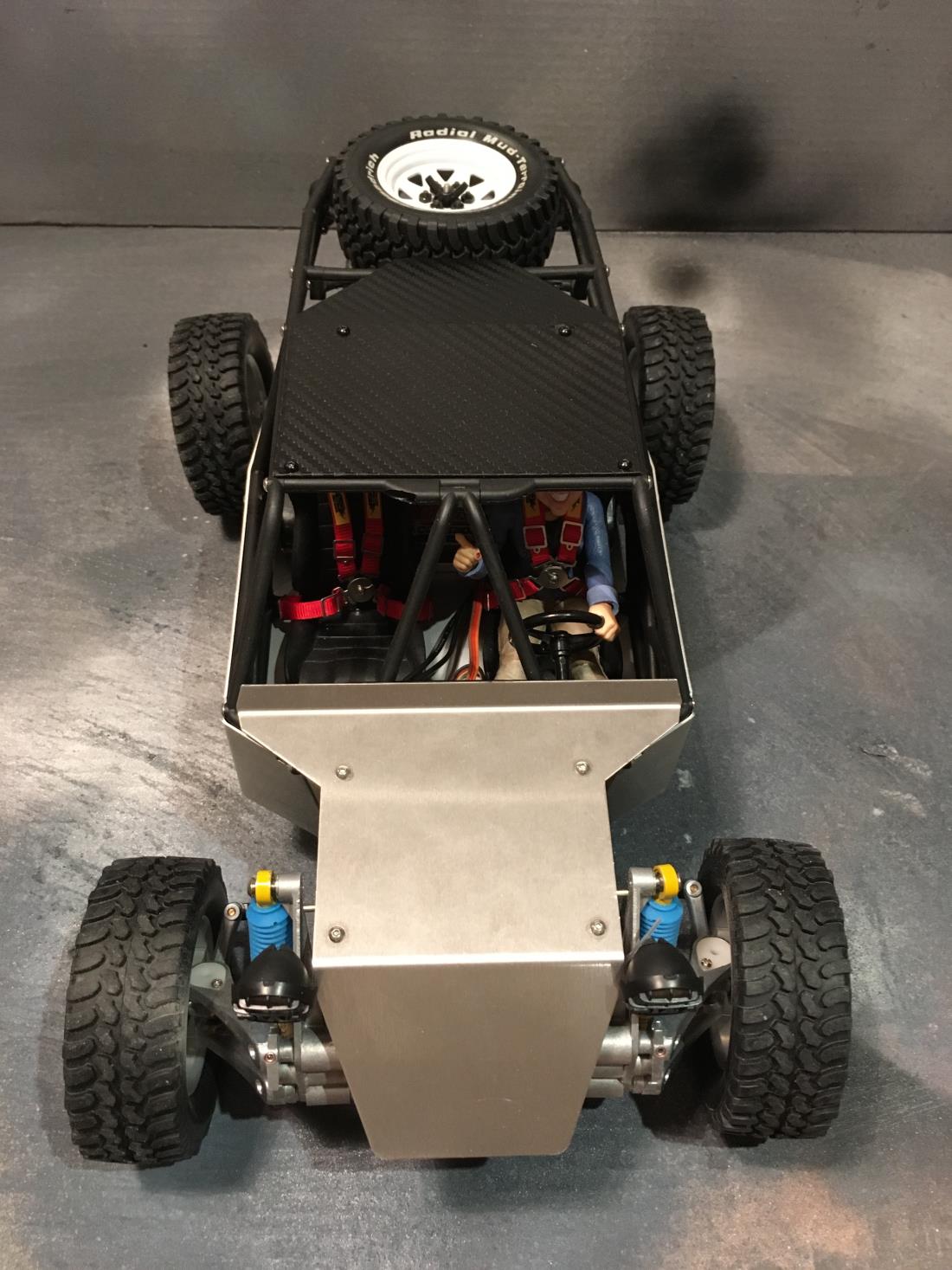 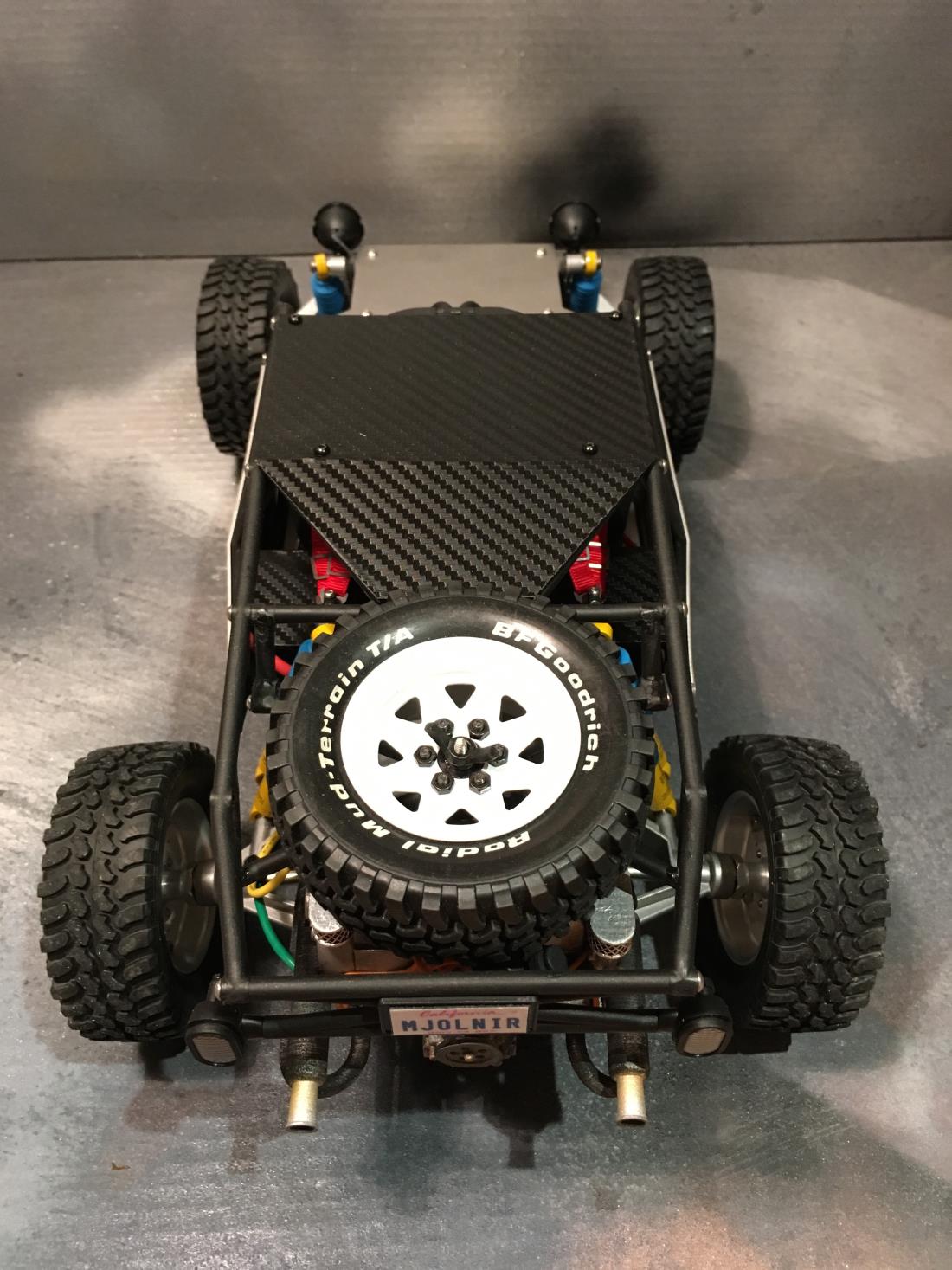 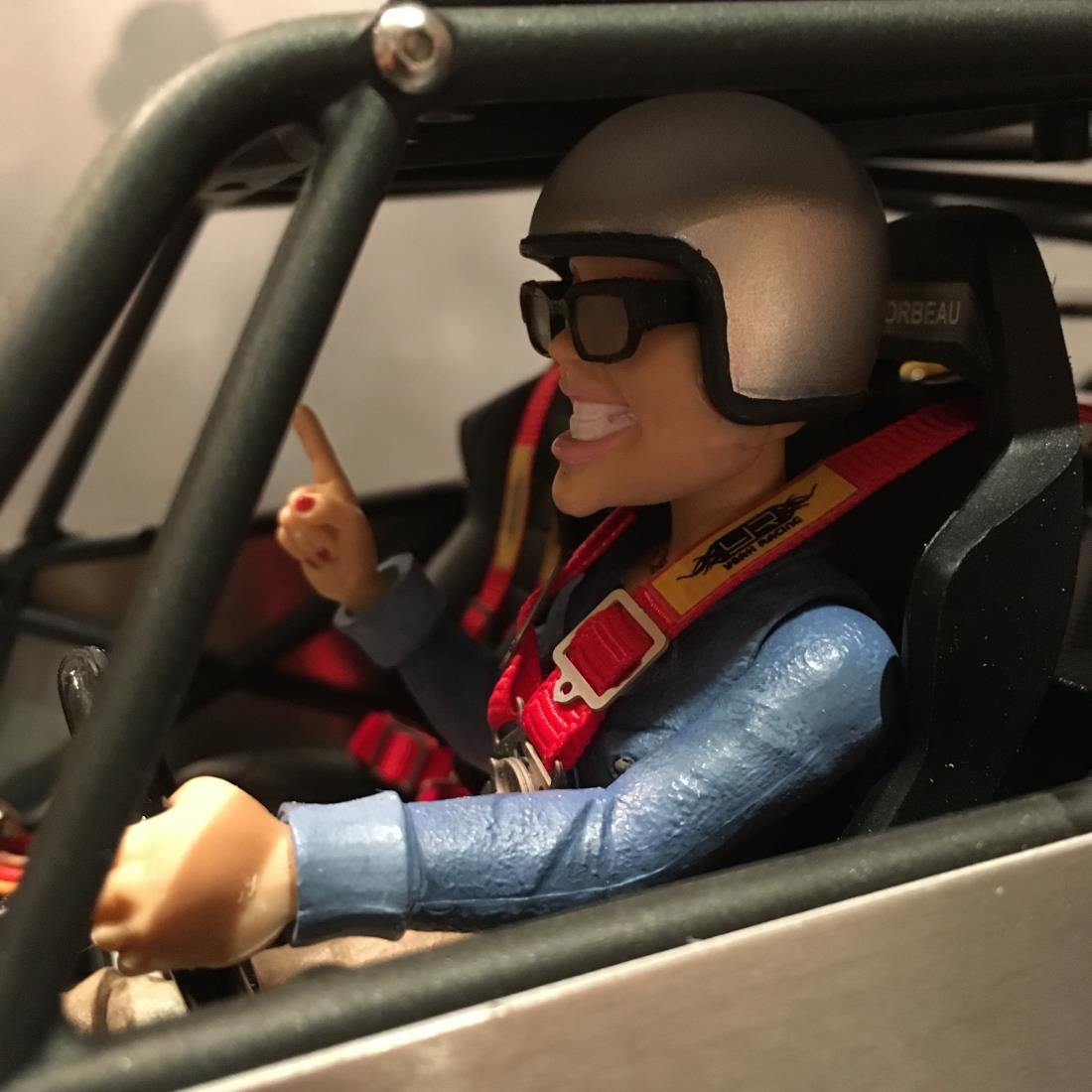 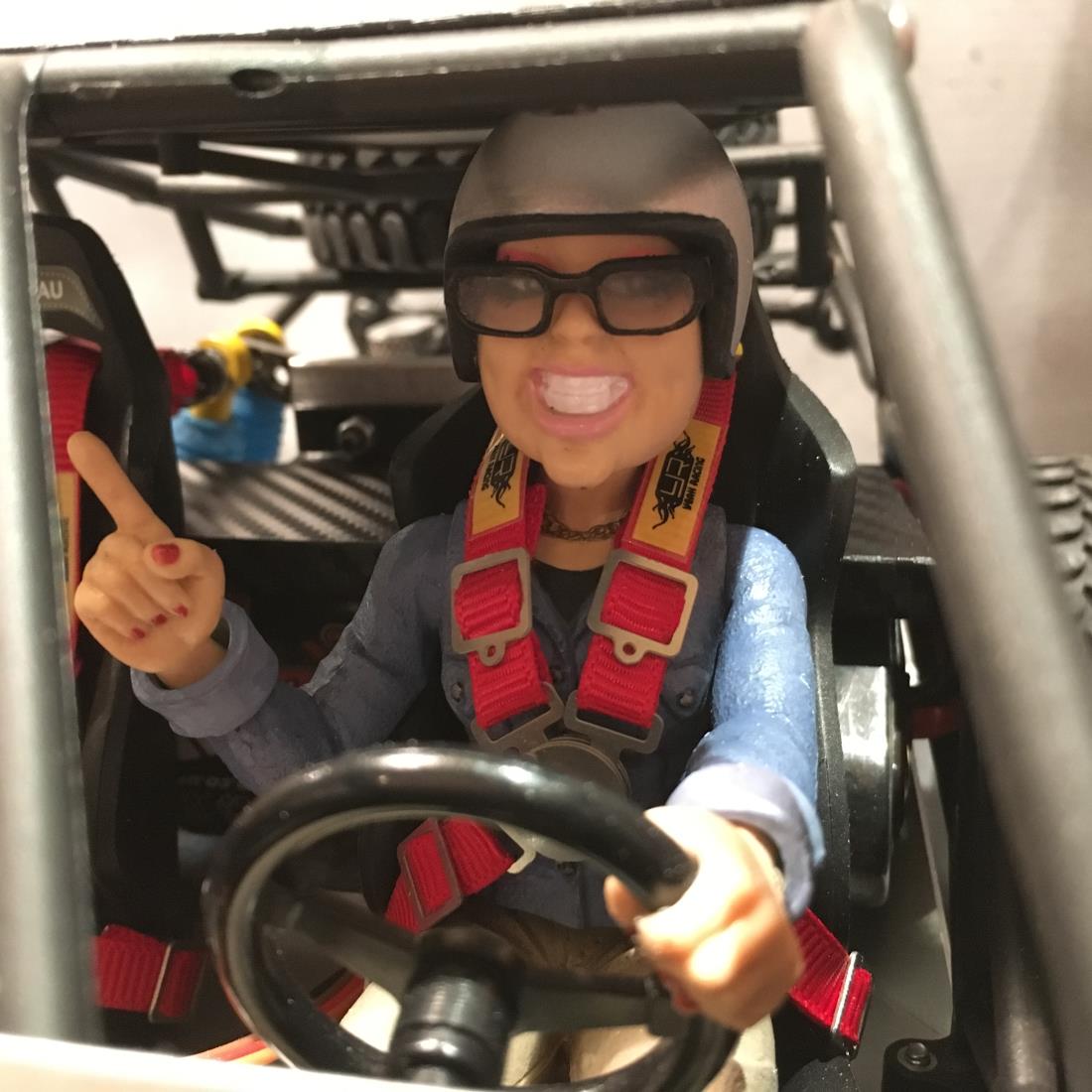 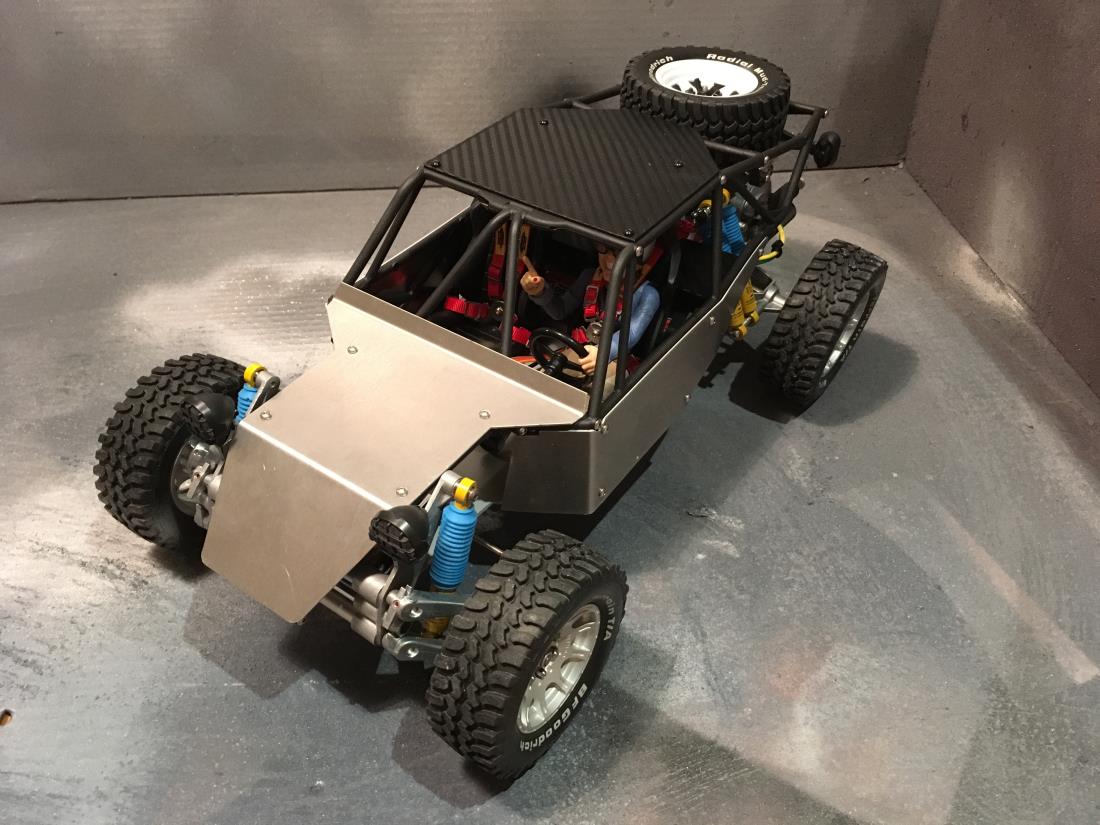 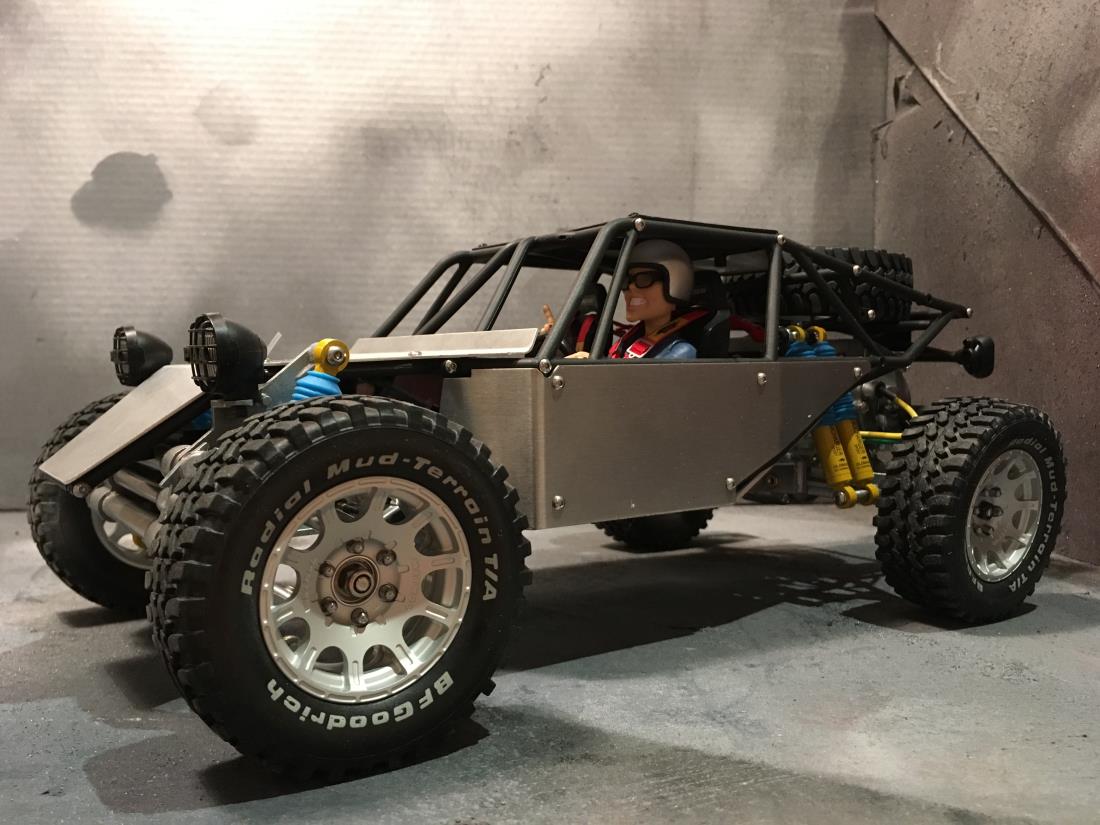 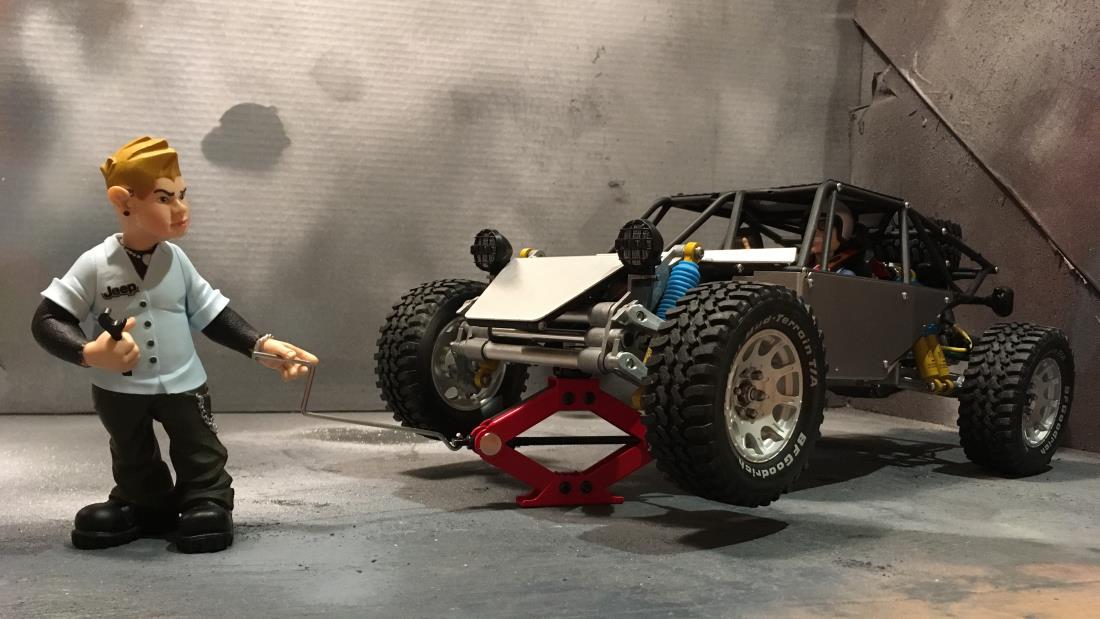 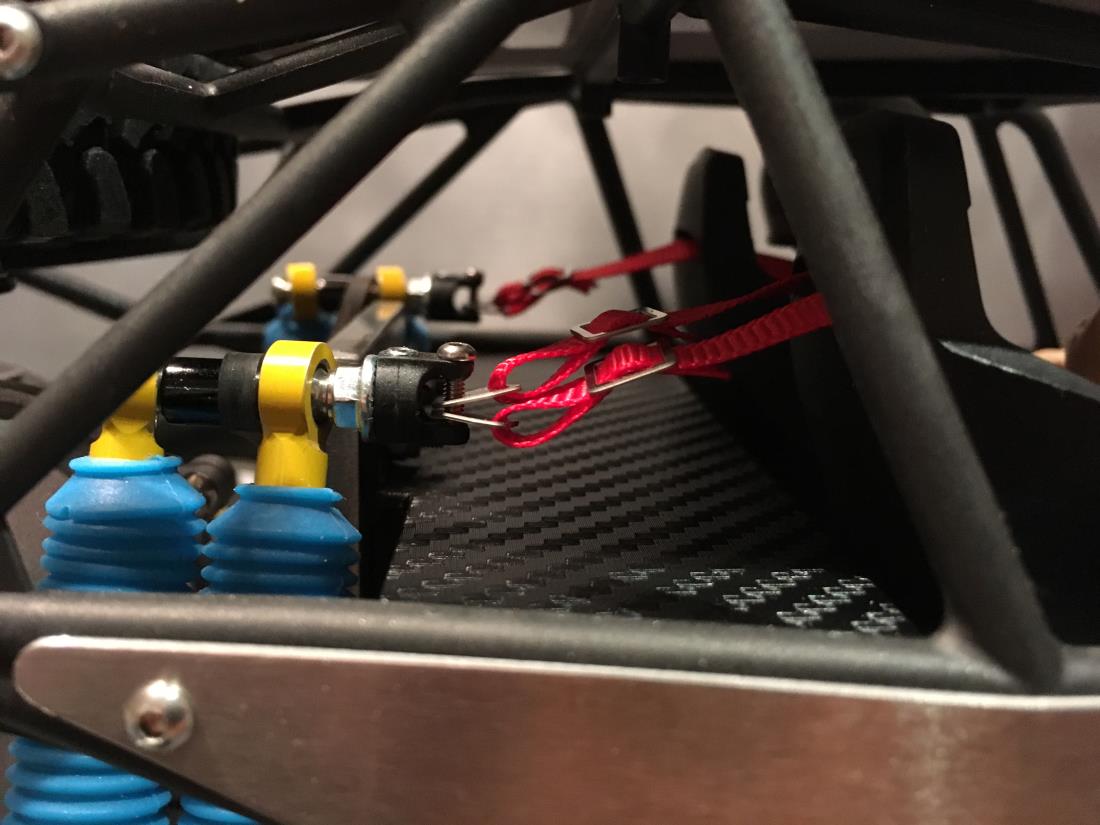 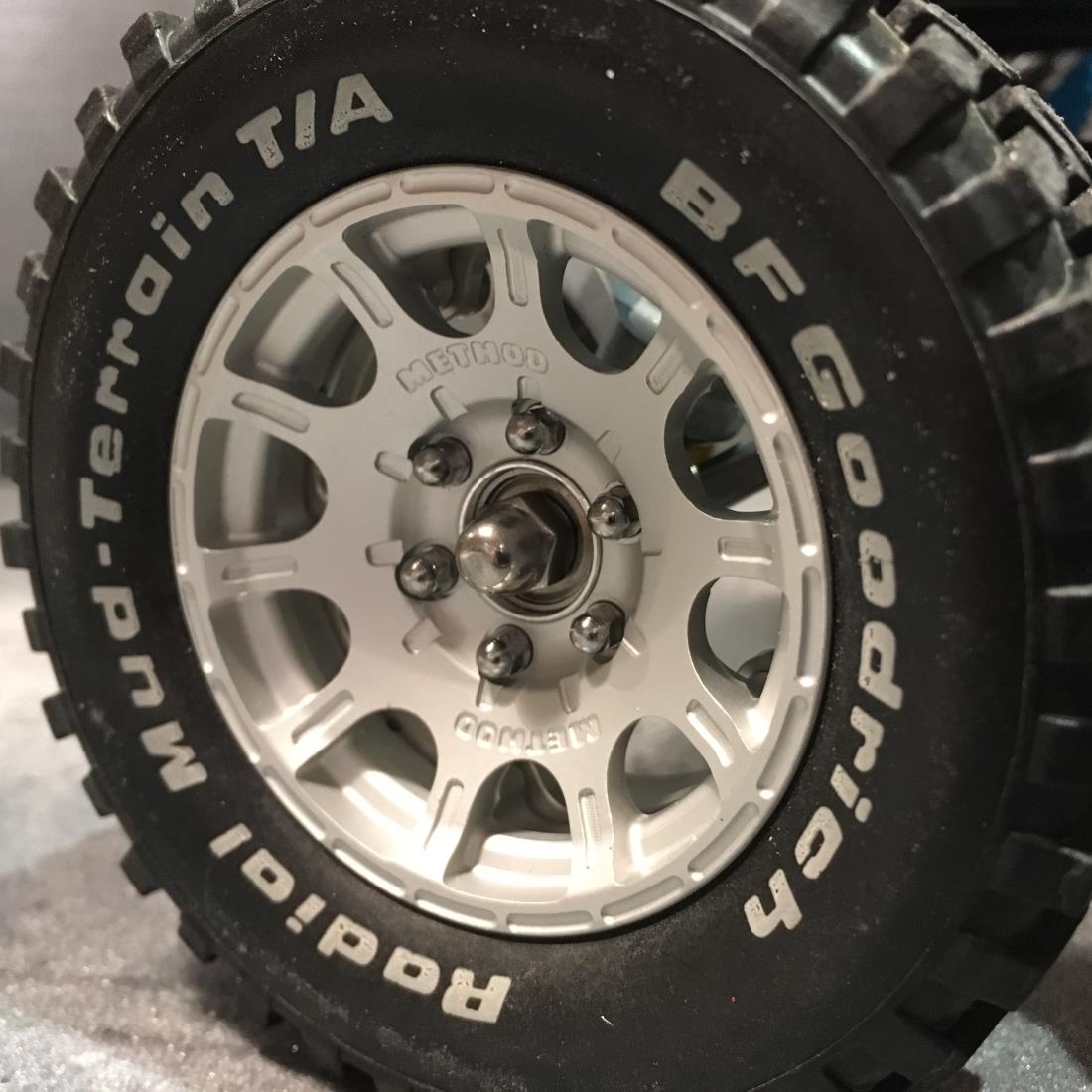 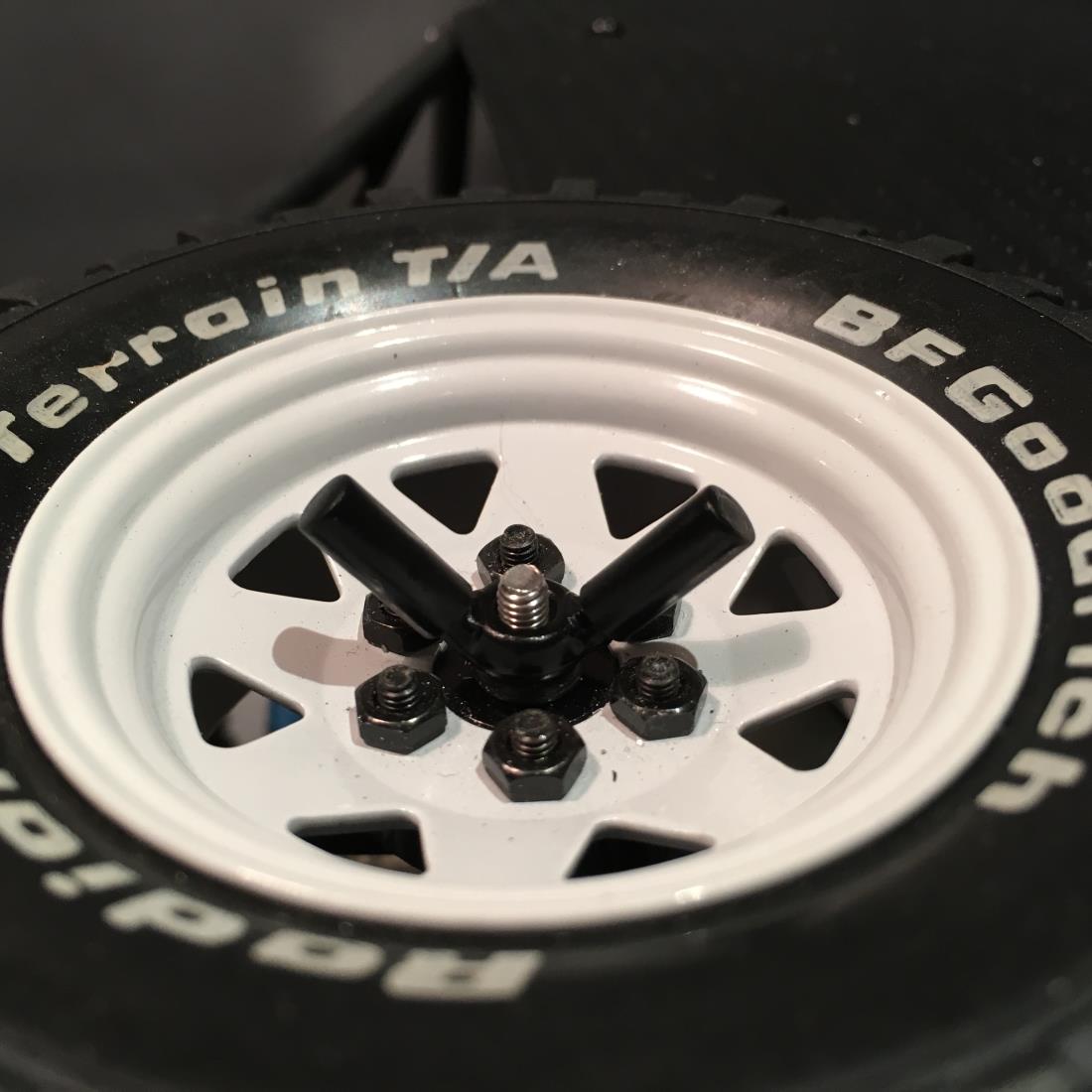 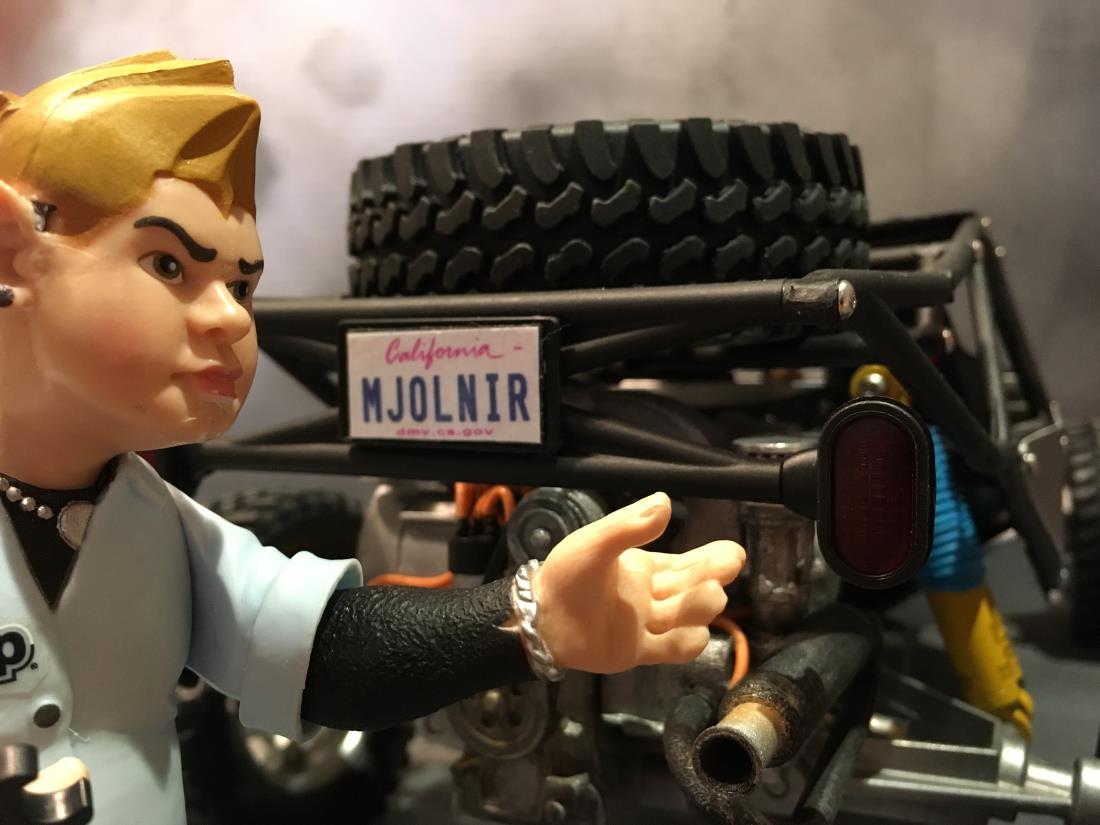 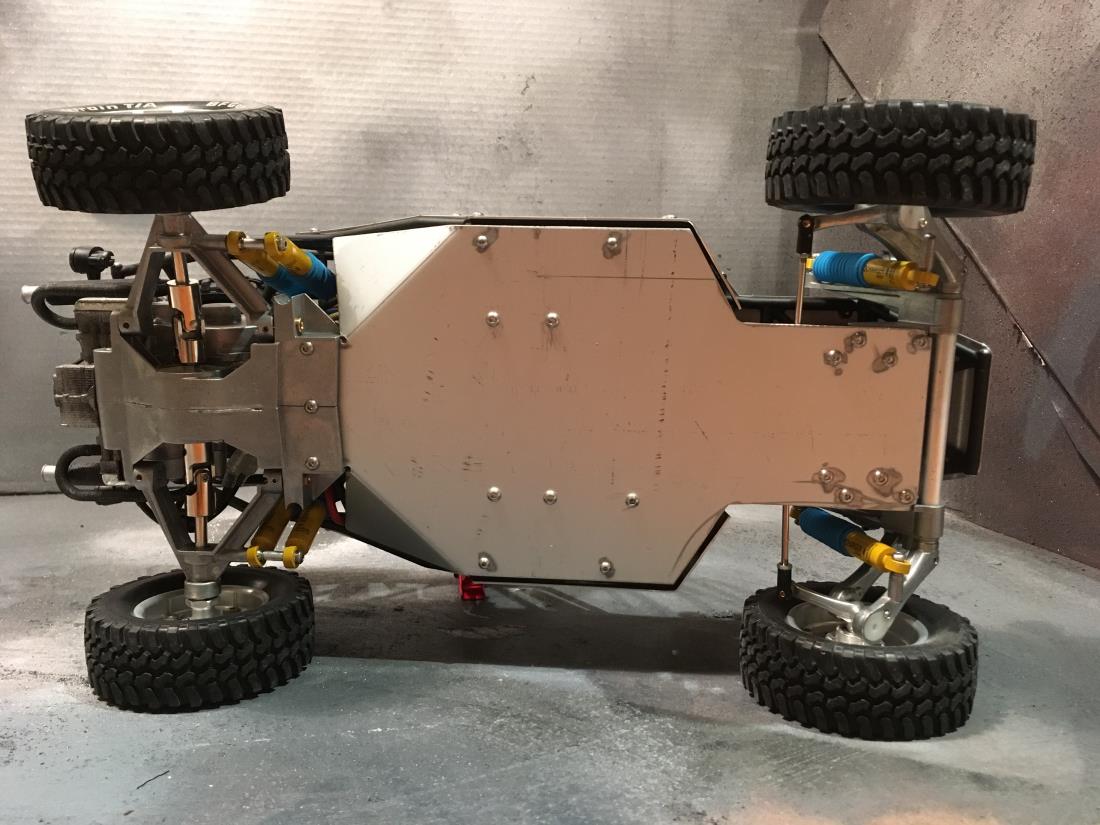 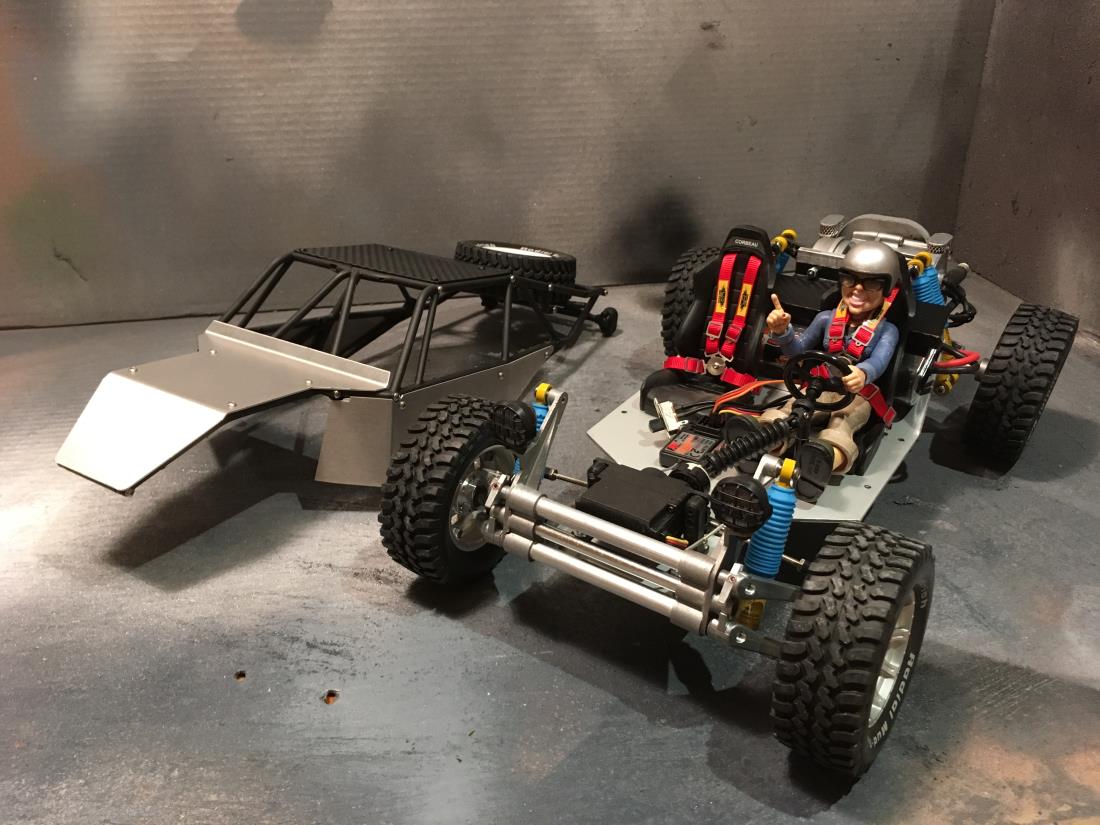 If you liked those pictures, you should see these...
SRB Cage Racer (2019)

That is amazing!!! Great idea and work!!

Brilliant build & worth every cent.

Awwwwsome, what a work !!! love it

Amazing. This SRB is so nice.

This looks fantastic! Brilliant attention to detail. It's like an SRB EXO.

Wow!! Awesome. This is one very cool car! Every detail is spot on. I love it! Very well done!
Still on my list too build something like this too…. someday. This will definitely be one of the examples for that.