This CC01 came to me late summer 2017 as a random unplanned ebay purchase from someone who lived locally. It was advertised as a little-used CC01 Land Cruiser 40, hence why it is listed under 58445. I'd been without a functional CC01 for longer than I can remember, so my original plan was to add some radio gear and go scaling, but upon giving it a strip and clean where were a few more problems than I first anticipated.

First, the body colour really is as horrible as it looks in the photos. I tried to clean it up with Carson paint remover but had no joy. I considered painting the outside, but I wanted to run this rig, and I figured once the outer coat chipped and the green started to show through it would look really bad, so the body was consigned to the junk pile and another was ordered.

Second, the shocks had been replaced with cheap alloy units which were way too hard. I robbed some NIB shocks out of what was supposed to be a CC01 project box and has become a generic parts donor.

Third, the rear axle casing was cracked and the lower links were badly bent out of shape, possibly as a result of running with those oversized and oversprung shocks. So links and axle casing parts were snaffled from the donor box and the axle was re-assembled with shims to reduce diff play and slop.

As I was reassembling the chassis I also began to have new thoughts about this rig's purpose in life. In short: I couldn't be bothered to mask and paint my NIB Land Cruiser body, so I dug around in the loft and found a Pajero pickup body that I'd had lying around from my first ever CC01 which I bought used from Tamiyaclub about a decade ago (and has now donated what's left of its semi-serviceable parts to my Blown 57 project).

So, the LC body and the parts required to fit it have gone into the donor parts box - one day it'll get built into an LC40 - and the Pajero body went on this chassis, along with a GPM steering kit and a full bearing set.

There are long-term plans for this rig: it's going to be the home-brew part of my home-brew vs hop-up vs stock CC01 test that I might get around to at some point. So it will get all manner of home-brew modifications to try to keep pace with (or beat) the hopped up CC01 Pajero which is currently NIB and going nowhere fast.

For now - here's some pics of the old body on the not-so-old chassis.

UPDATE 22/10/2018: plans have changed a little for hopup-vs-homebrew project; I'm now using Landfreeder bodies. Firstly because I haven't got time to do a good paint job on my NIB Pajero body and secondly because, having done a good job on it, I'll want to keep it nice. So the modified Pajero body has been temporarily replaced with an old Landfreeder body. Wheels and tyres have also been returned to 'stock mod' for the first test. 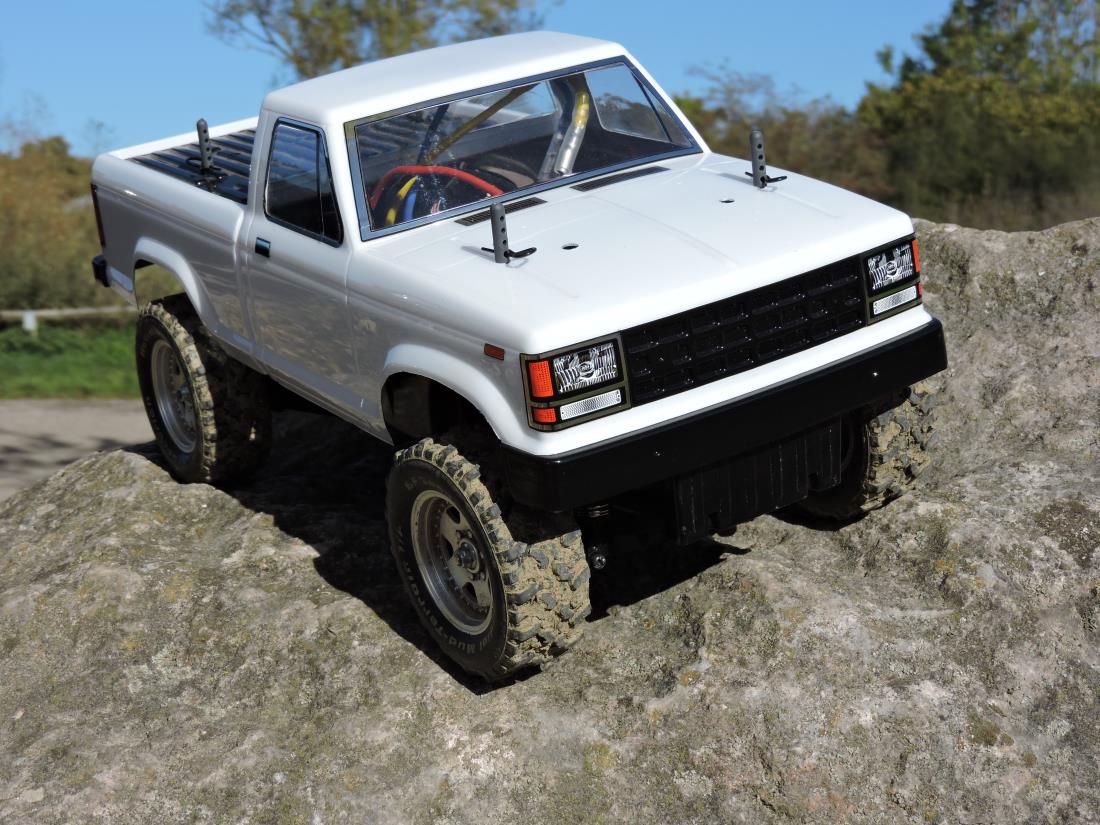 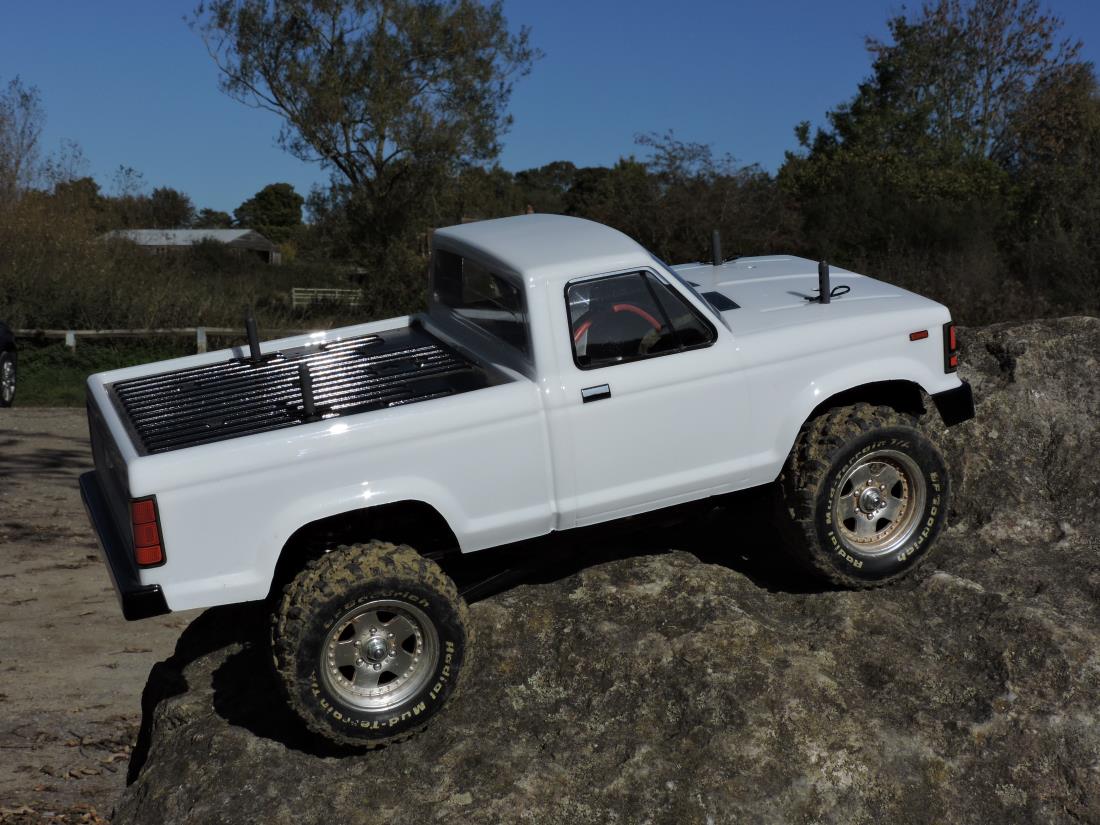 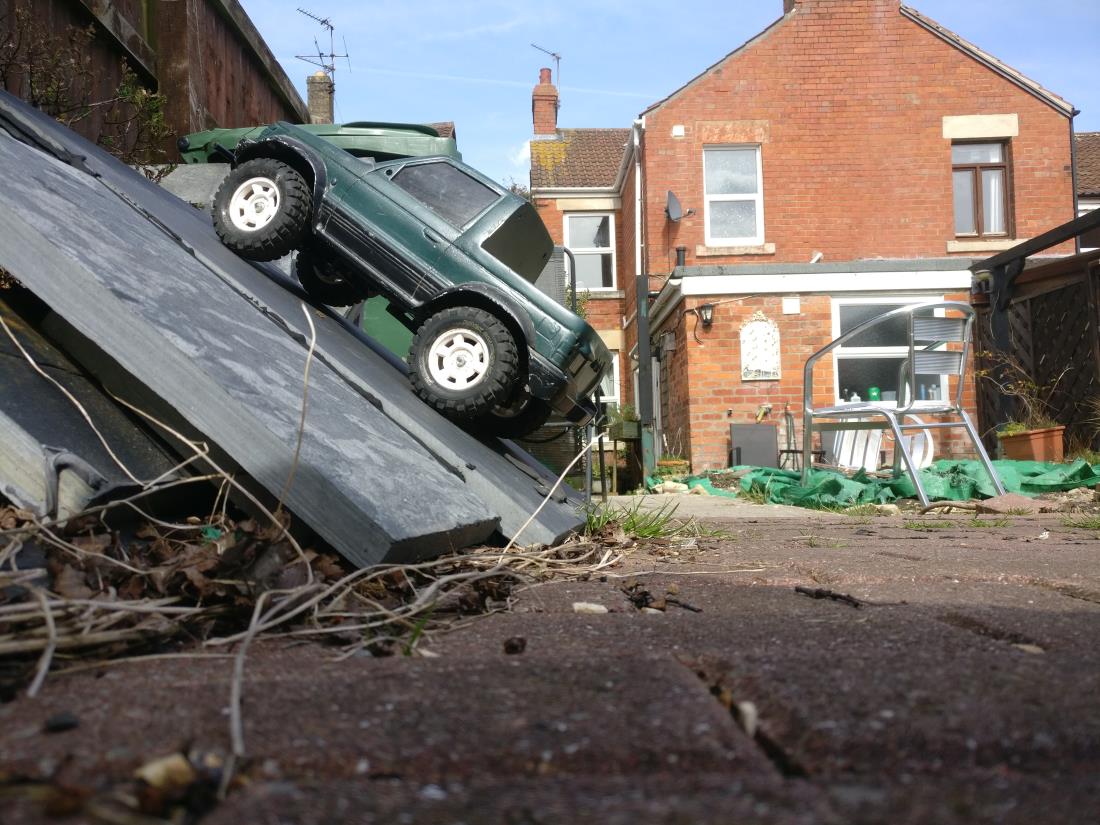 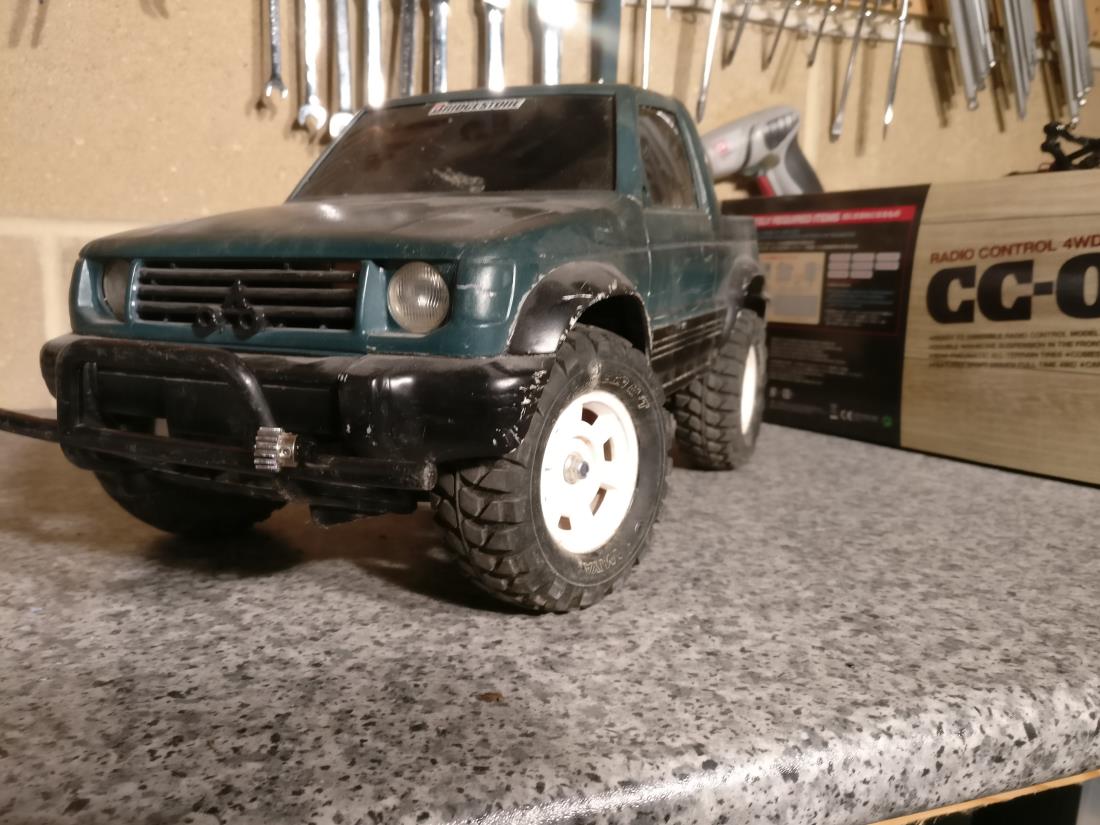 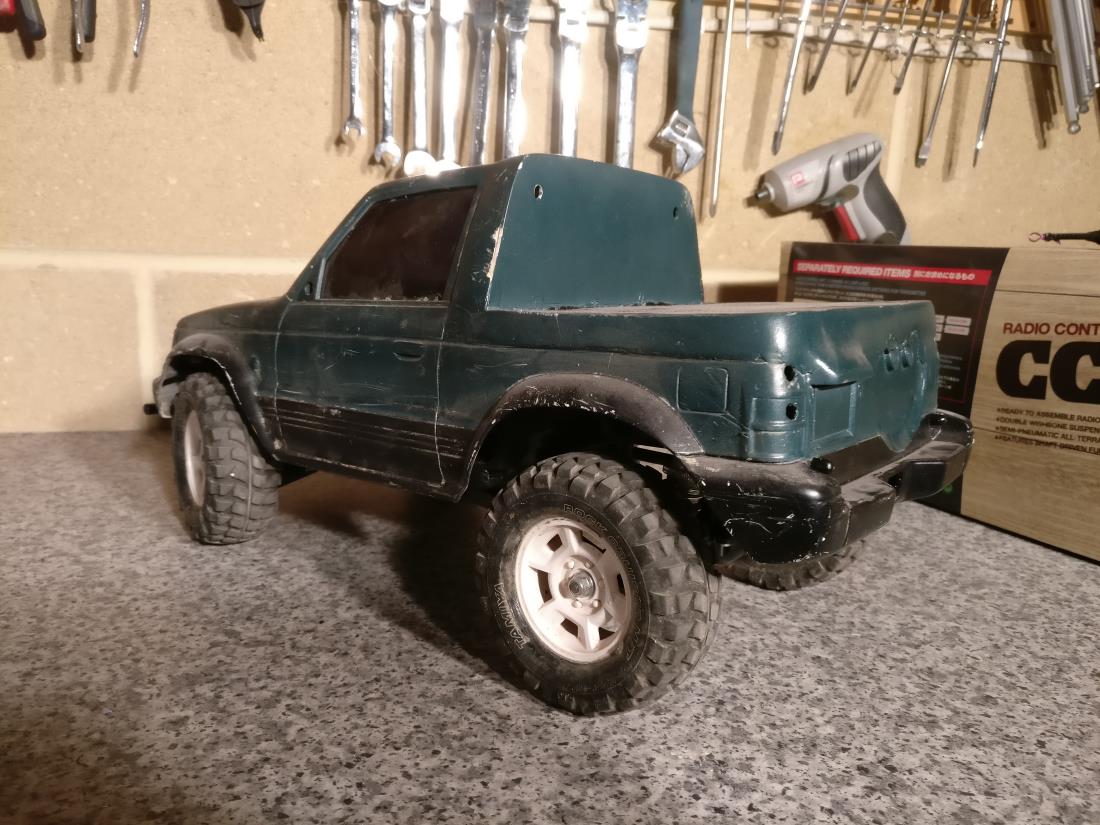 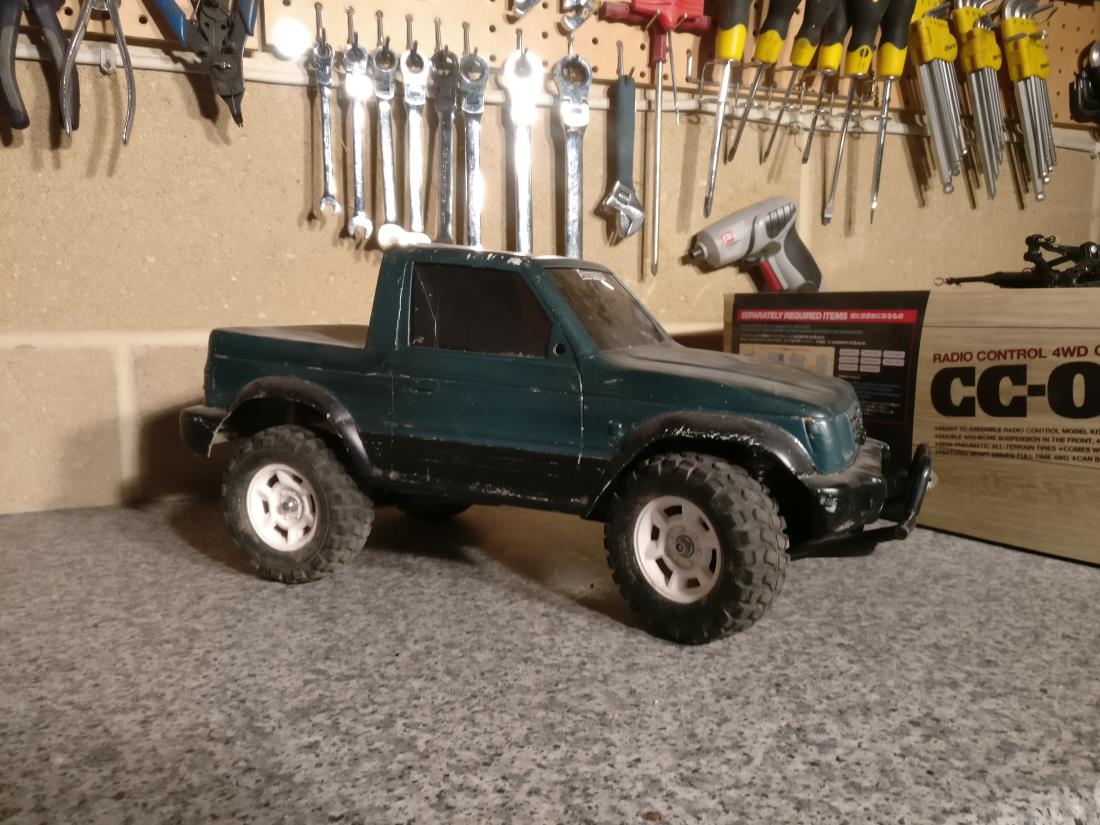 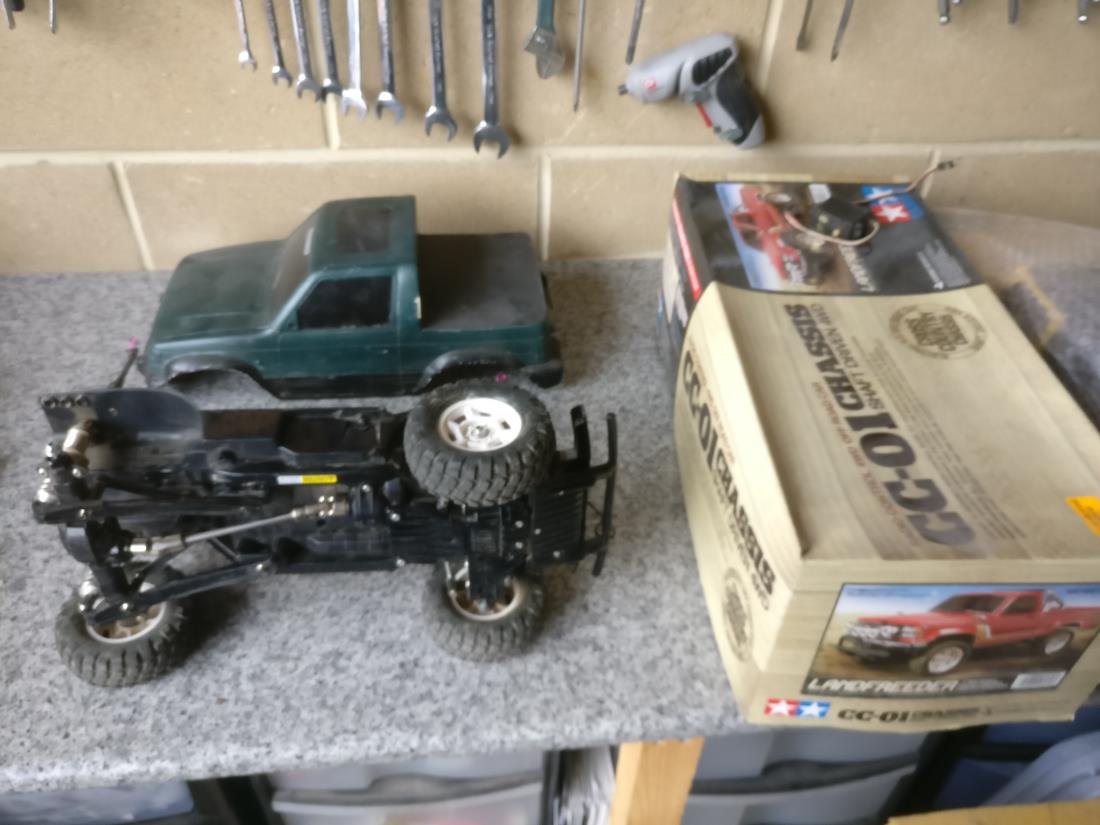