I added this to my original showroom on June 11, 2017. It took over 30 years including several years of reading similar stories on TC but I finally got very lucky in June 2017 and scored big! I came into work and my colleague (who was packing up and moving to Colorado, USA at the time) pointed to an old box on the floor next to my desk and said 'that's for you.'

I asked him what it was and he didn't know so I opened the box and there was a barely used, original Tamiya Astute with a period-correct MRC charger, Futuba radio, ESC and a couple of battery packs! Needless to say I was absolutely thrilled! I was so excited so I thanked him profusely, told him I have one of them that I purchased NIB in 1991 and then proceeded to give him a 2-minute history lesson about the Tamiya Astute. :) He was a little surprised that I was so excited and knew so much about it but said he knew I was into r/c cars and remembered me bringing in a couple of mine in the past to show my other colleague so he decided to give it to me. He said somebody gave it to him for his sons 12 years ago but it had been sitting in his garage unused for years. He did not want to take it with him when he moved and was going to throw it out (what?!) when he thought of me.

Upon initial inspection through a thick layer of 20+ year old dust, everything including the body/wing, chassis, and tires all look to be in like-new condition so it appears it was only used a couple of times before the left rear hub broke (C2 part - replacement since ordered from Hong Kong) at which time it must have been tossed in a box never to be touched again. The only other minor issues I can see are the left dog bone is missing, the throttle stick is broken and the battery door is missing on the radio.

I haven't tested anything yet but this looks like a real gem. I think I'm going to use this as a runner and make my first one a shelf queen since it already has the hi-cap dampers on it and I have a new re-production body and decals waiting for a box-art livery. I realize many TCers have had this fortunate experience but this was a first for me and it's not likely to happen again so I'm still glowing. More pics to come once I start this project. Thanks for looking and hope you enjoy. 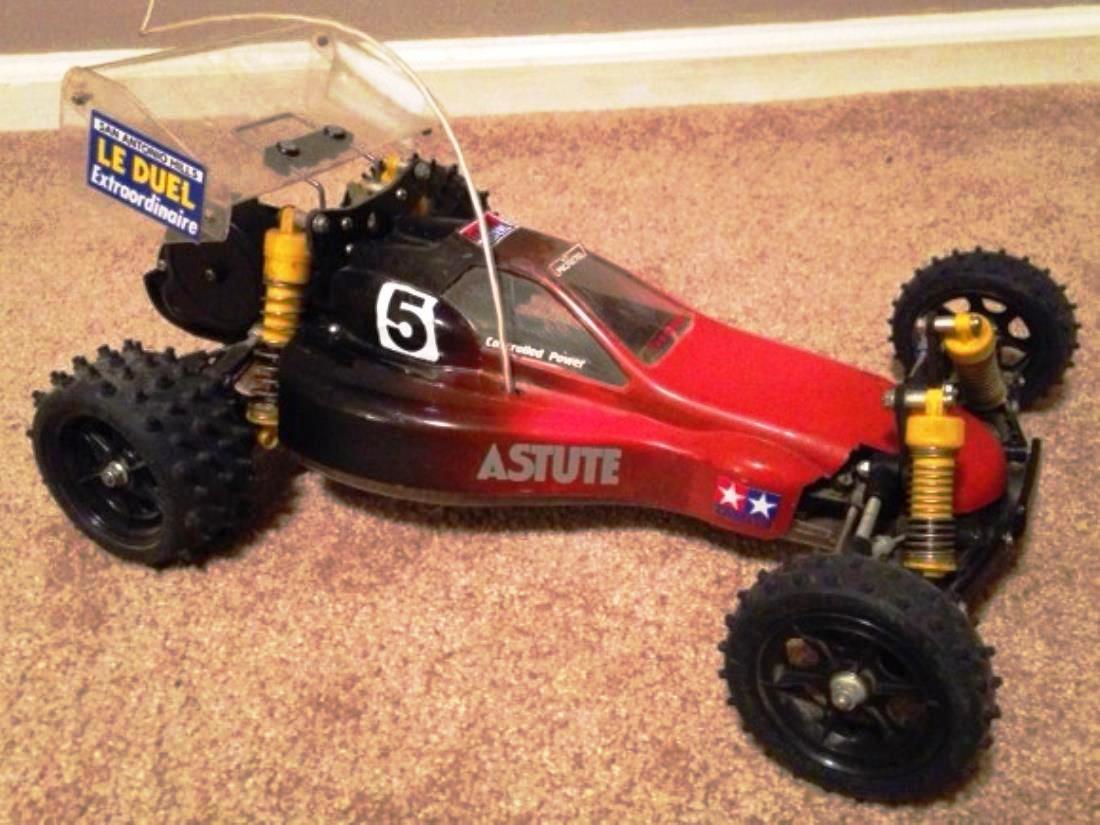 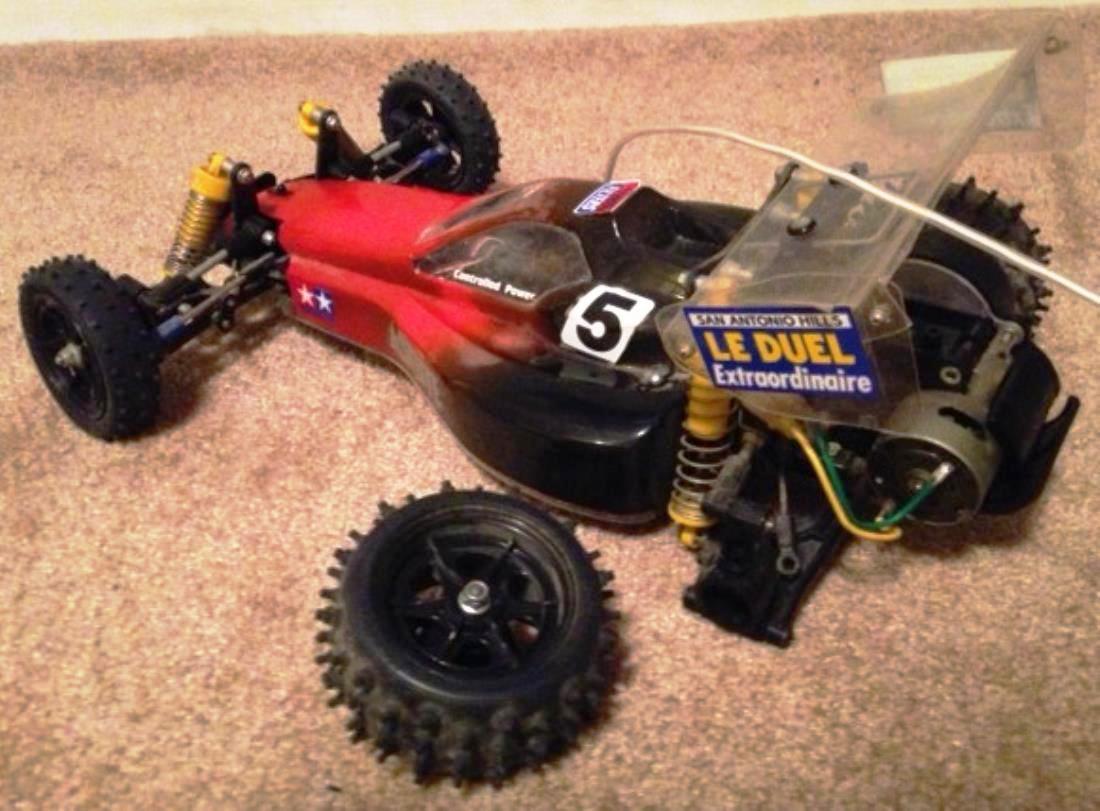 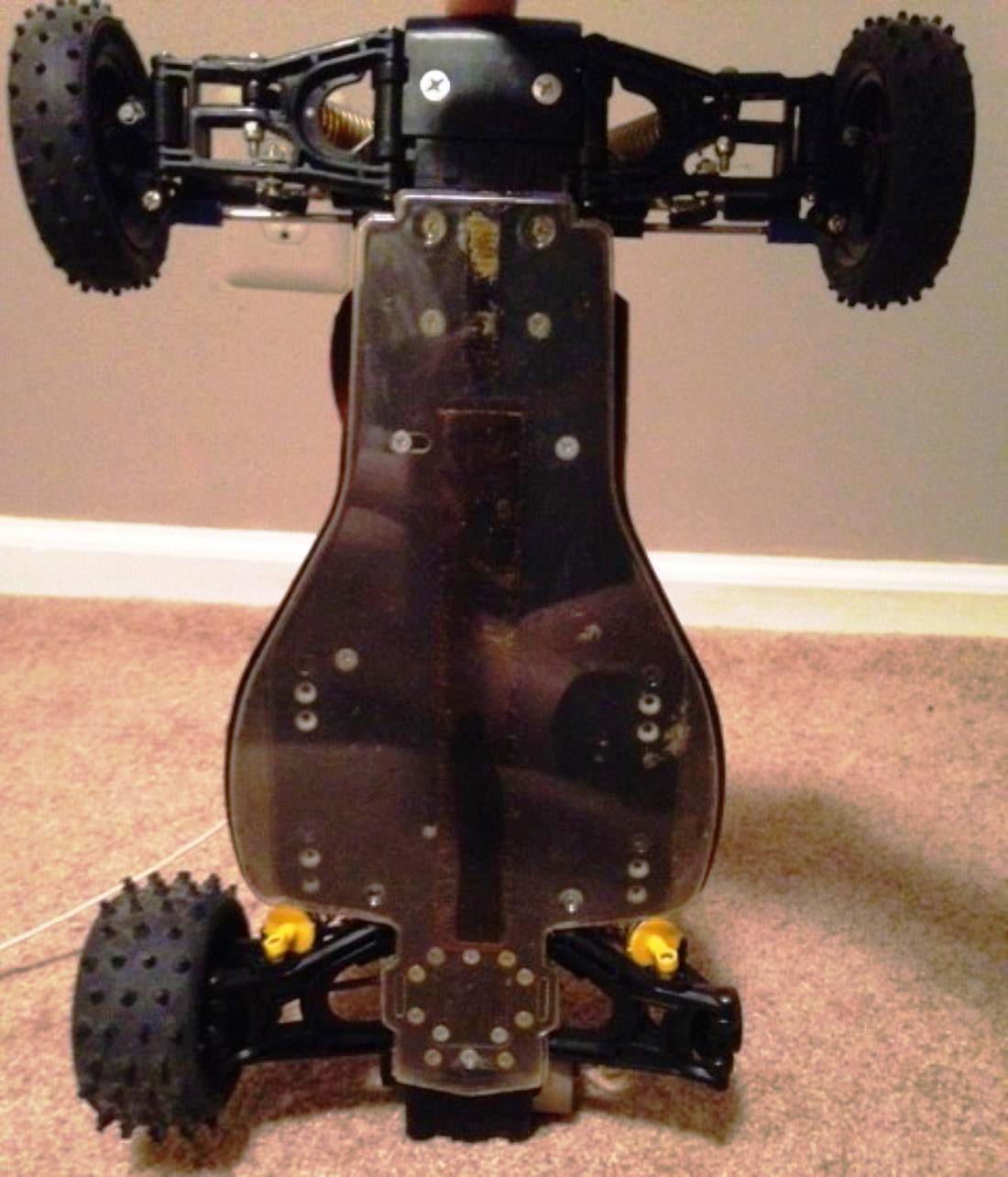 Unpainted and I don't see a scratch on it. 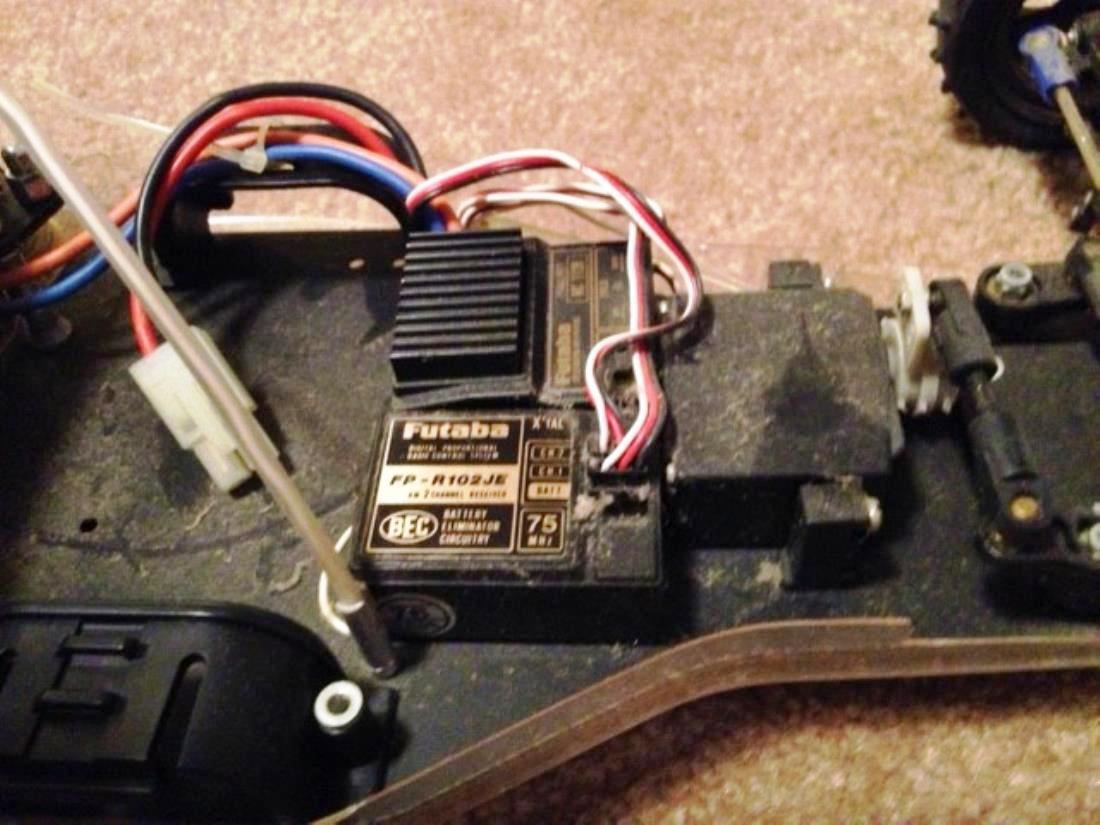 A couple of decades of dust. 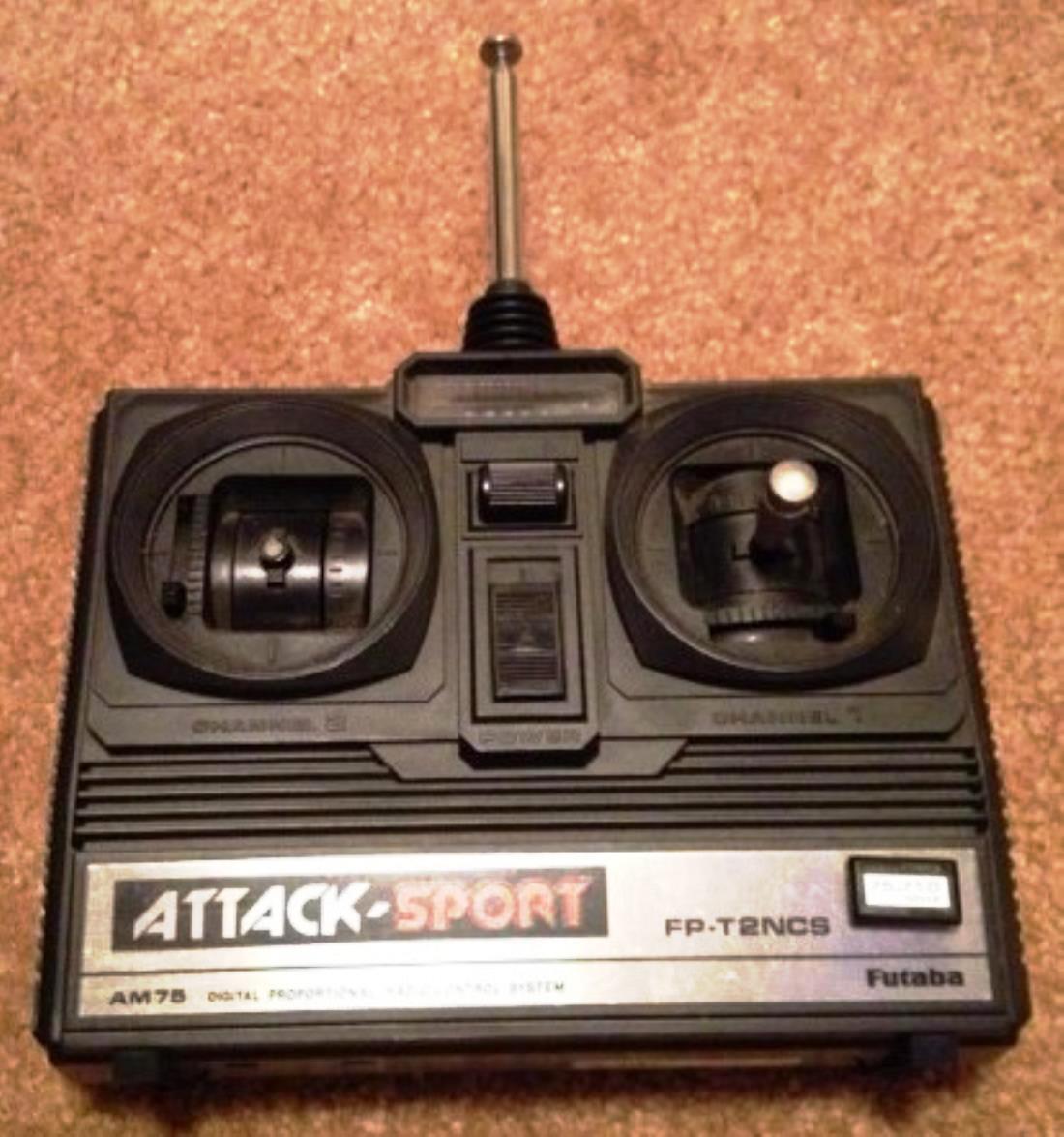 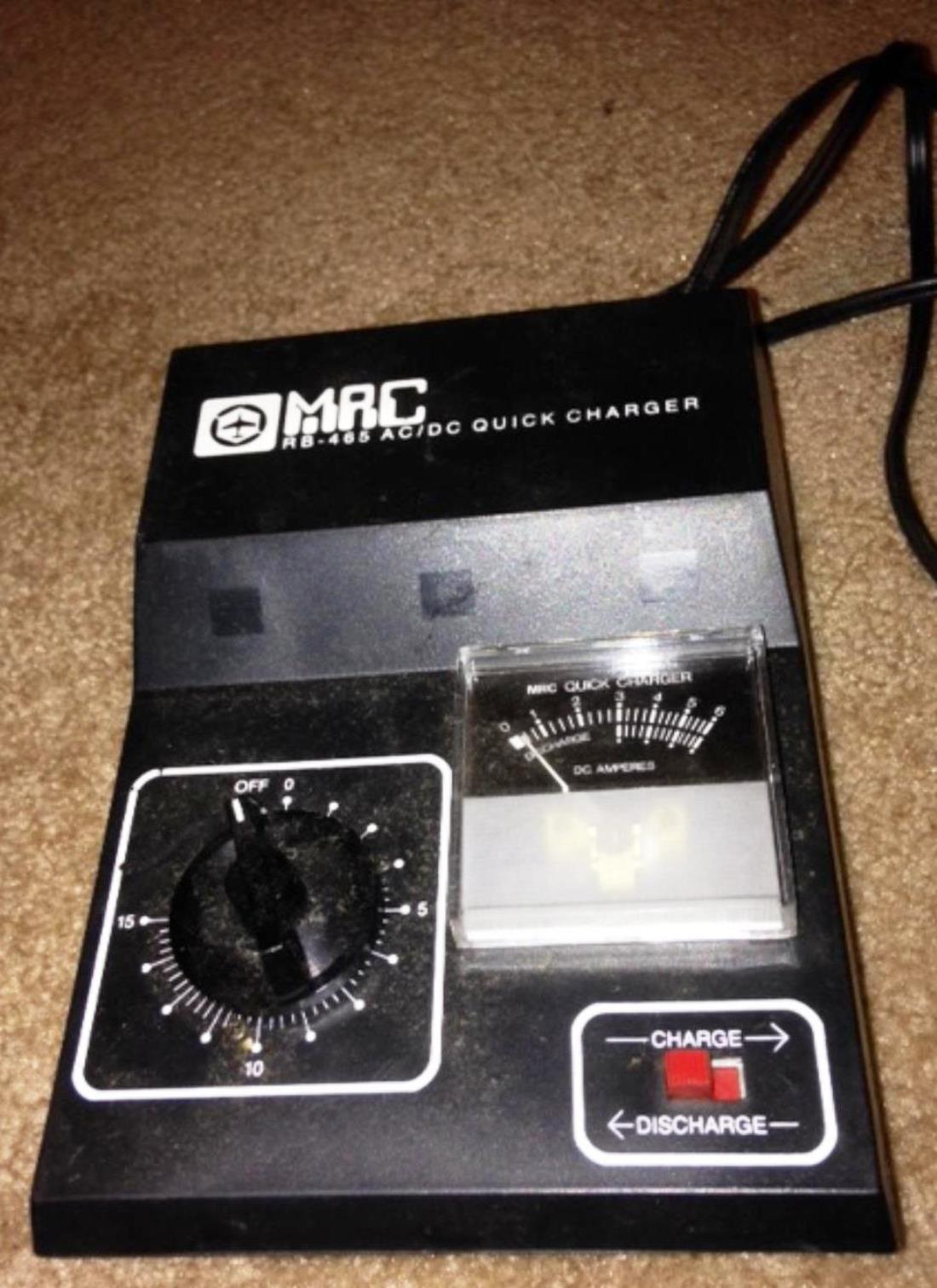 I have too many vintage chargers. 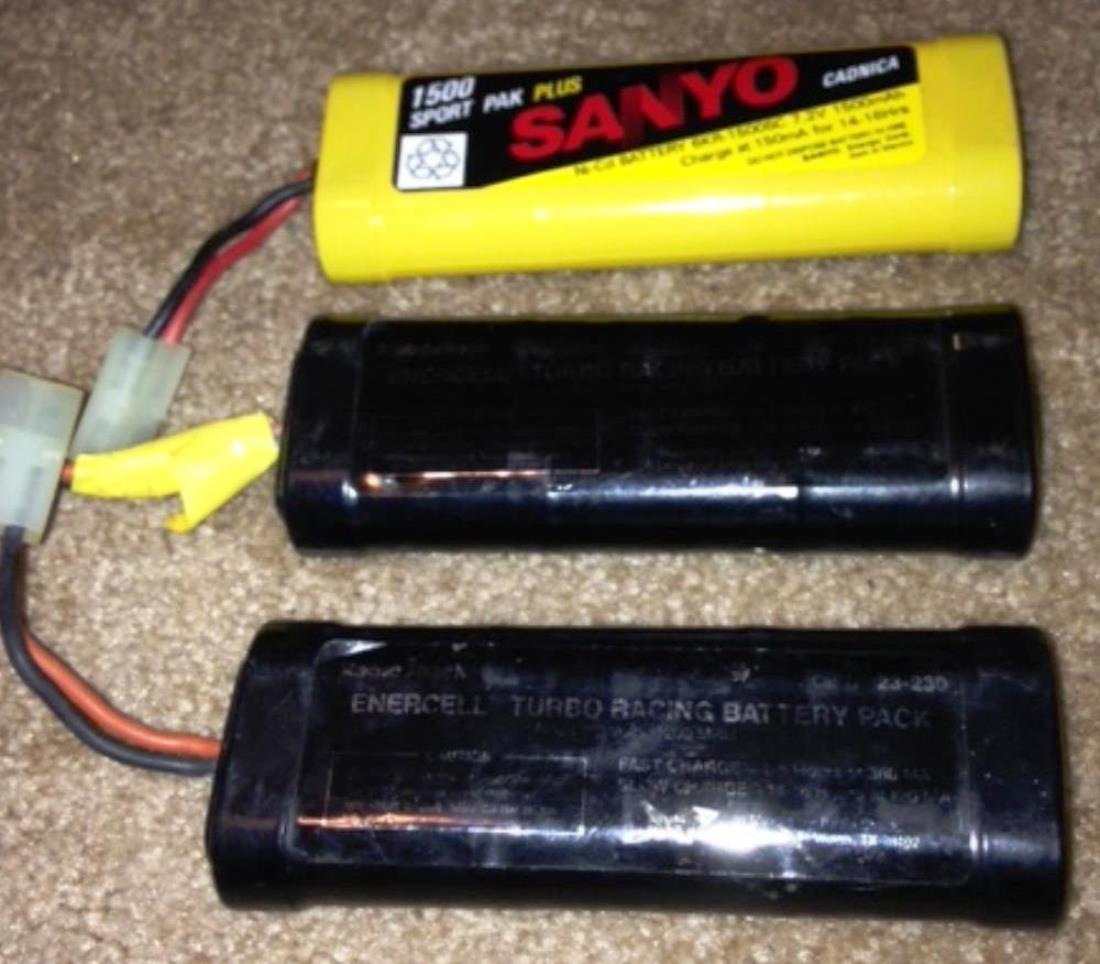 All of this was almost thrown in the garbage.

If you liked those pictures, you should see these...
Tamiya Astute

Brilliant ! I enjoy very much thank you. I just love the Astute and it genuinely thrills me to see another one find the TC home that it deserves.

Thanks Thommo..agreed. I'm thrilled to be able to save and restore an Astute particularly since it's never been re-released. My first one will remain a shelf queen and I think I'm going to use this one for light running.