The man was a legend, and of all his great cars I went for this one because I have most of the other tamiya's he owned or ran.
I met dan only a few times and normally at the iconic revival. The first year of the revival I couldn't make it so was a bit miffed BUT dan had seen my white wishboned TFE on here or on facebook and asked where I got the wishbones from?
I said that I have had them for years and there super rare to find and why was he asking.
He told me that Jamie booth was going to the revival and needed a car to run as his egress/force was in bits and broken. He was going to lend him his original evo but wanted it to look the part. Little did I know a new body was being done for the occasion.
So because he asked so nicely and the fact that it was Jamie booth who would be running my car I said to dan that I would send Jamie my car and all my spares and wheels so he could run it.
He did, He wun, we were both happy.
I ran this madcap of dans at the 2018 revival for 1 round and unfortunately it broke BUT I will restore it to racing order for the next vintage meeting.

2022 Update : It has now as you can see been rebuilt with Tamiya shocks and some other tinkering.
More pictures to come 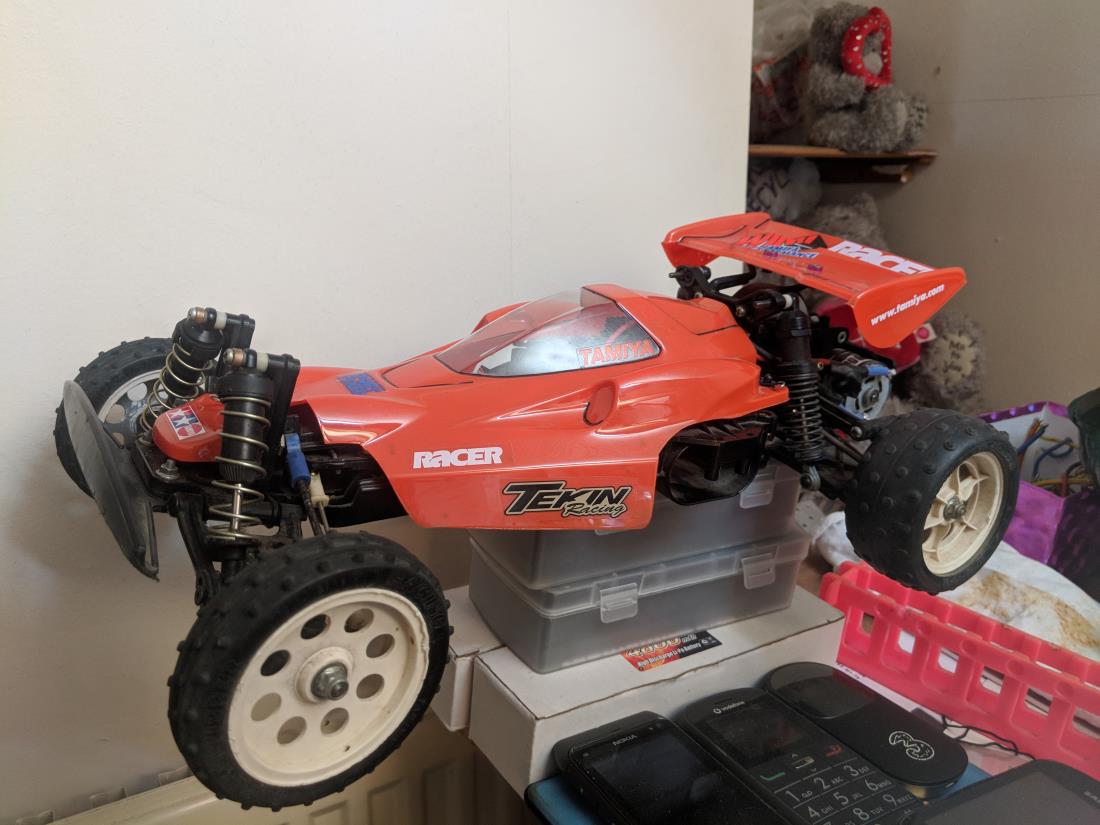 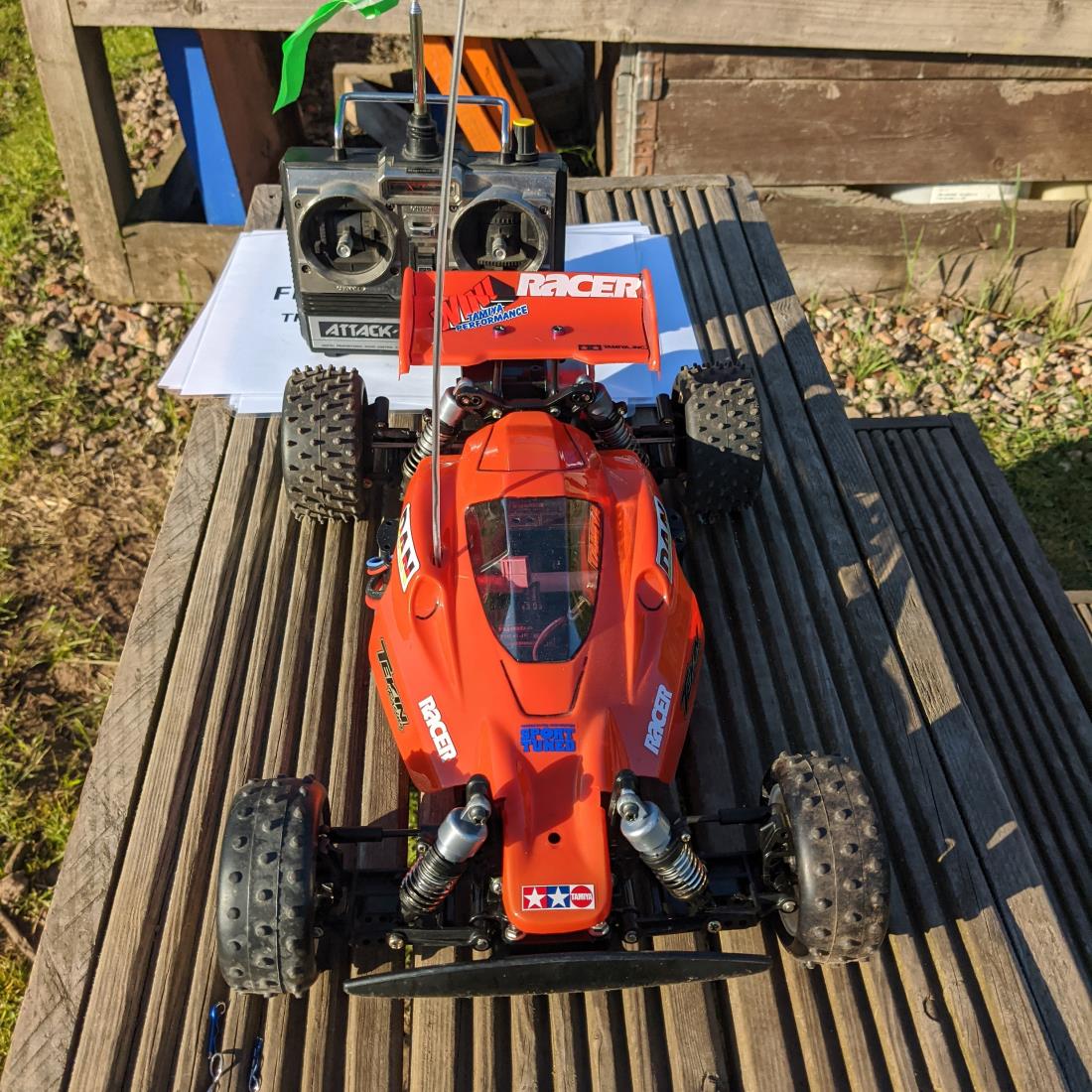