For my 2018/19 winter project, I thought I'd have a go at building a genuinely 'as scale as possible' Jeep Wrangler YJ - using of course the excellently detailed Tamiya hard-body, together with a series of scale chassis parts based on the RC4WD Trailfinder 2 leaf-sprung chassis.

Rather than simply buy their genuine short-wheelbase chassis kit [designed specifically for the Tamiya hard-top shell to fit straight on], I thought I'd mix it up a bit - and since I wanted to build an open-top version anyway, thought I would stretch the rear bodywork so that it fitted the chassis wheelbase which was essentially dictated/fixed by the leaf-spring mounting locations.

This isn't going to be a budget build by any stretch of the imagination, however, where I've been able to save some money I have tried to - while not compromising the overall finish of course.

The chassis and leaf-spring kit are essentially pattern parts [from China via ebay, hence the title of this build], while the electronics are a mix of replacement and spare parts used in my other budget-crawler projects, coupled with an affordable Tamiya Torque Tuned motor, and again far-eastern sourced/supplied transmission components.

The [scale] detail parts that matter - such as the white 8-spoke steel wheels [including scale wheel nuts and brake discs no less!] and the Old Man Emu shocks are the high quality RC4WD components, and similarly much of the interior and other scale detailling parts are high quality products from companies such as Axial (seats), Yeah Racing (seat-belts), and Proline (scale accessories)... the only real concession so far has been the tyres - although despite being a budget no-name brand, I feel they they too look particularly realistic and scale.

This vehicle is ultimately likely to feature a front-mounted winch too - and I feel to truly do it justice, it simply has to be one of the licensed Warn 8274 models [again from RC4WD], which is also genuinely powerful enough to winch the vehicle if required.

Because this vehicle will feature an open cockpit and rear load-bay, I'll need a pretty scale looking driver figure too, and while he's an ugly cove, who better than Jack [D90 driver] and Kelly [SRB Cage Racer driver]'s old man - Ozzy Osbourne himself! He'll need a little leg surgery I'm sure (plus get him out of those grubby sweat-pants and into some jeans I think), but the bemused look I feel is going to be just right as a pilot for this new beast!

So for now I'll introduce the project with the initial chassis build-up - which together with the rough-cut body, hopefully gives an illustration of what you can expect over the coming months... for further information, there is a more detailed thread in the Builds section of the Tamiya Club forum too of course! 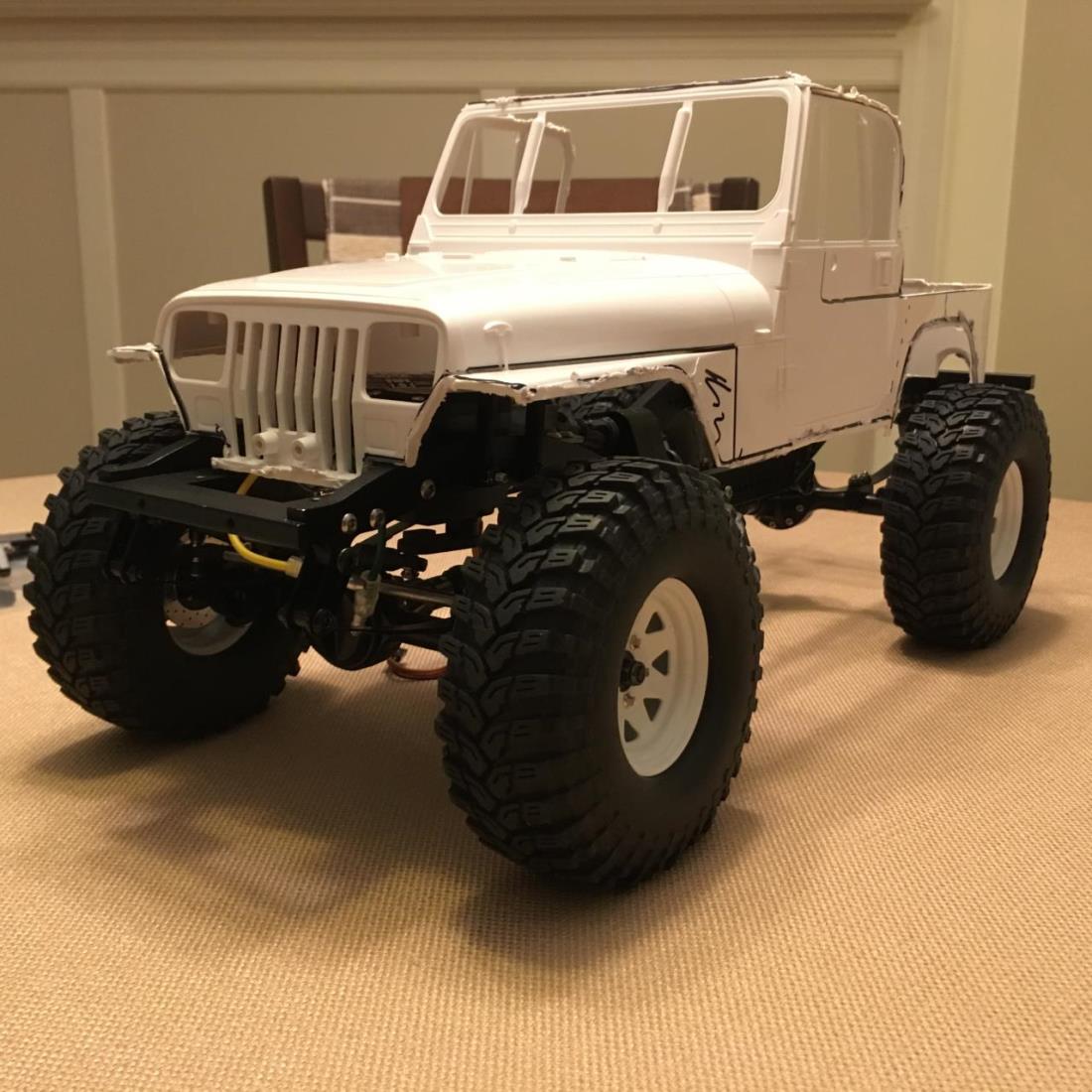 Ozzy and his stash of new parts 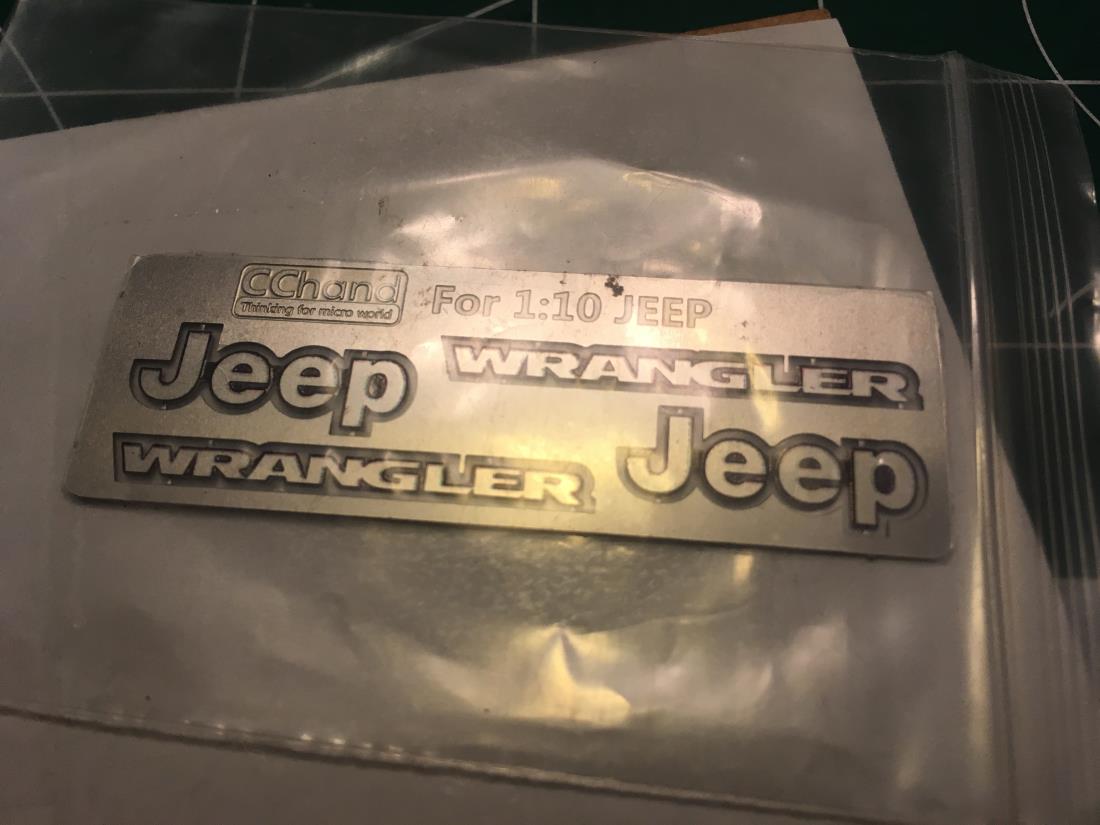 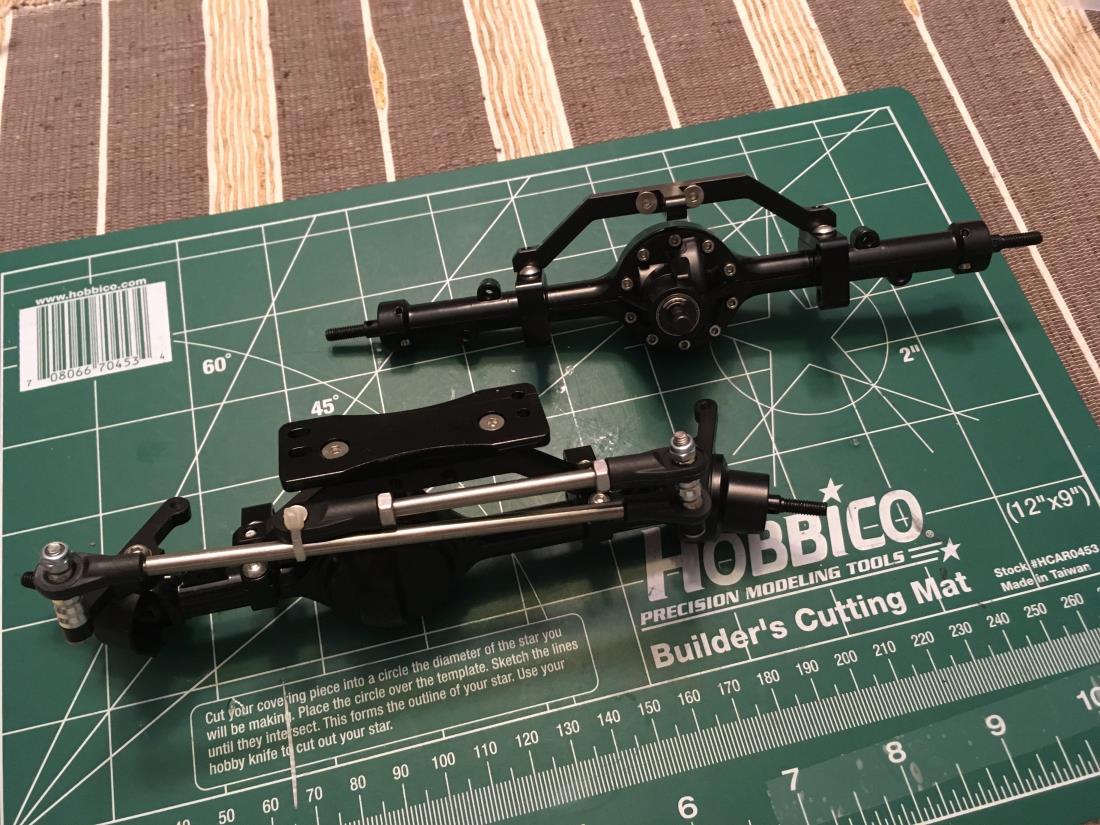 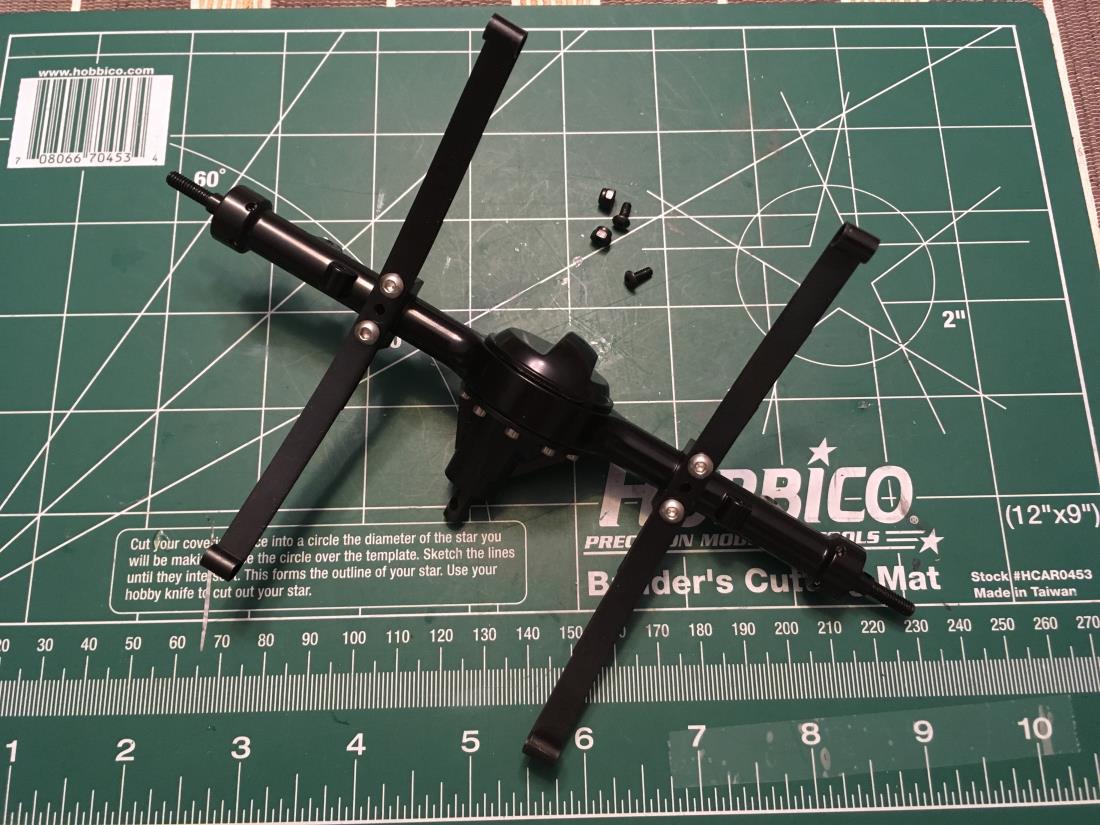 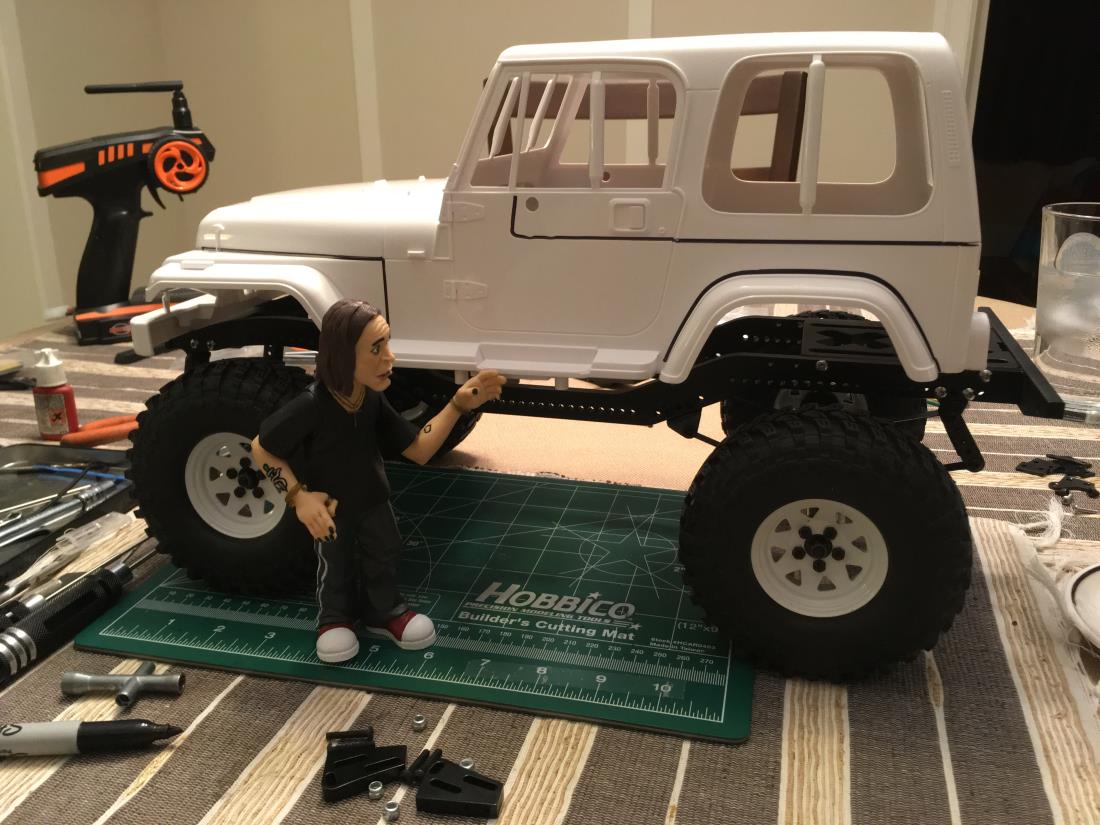 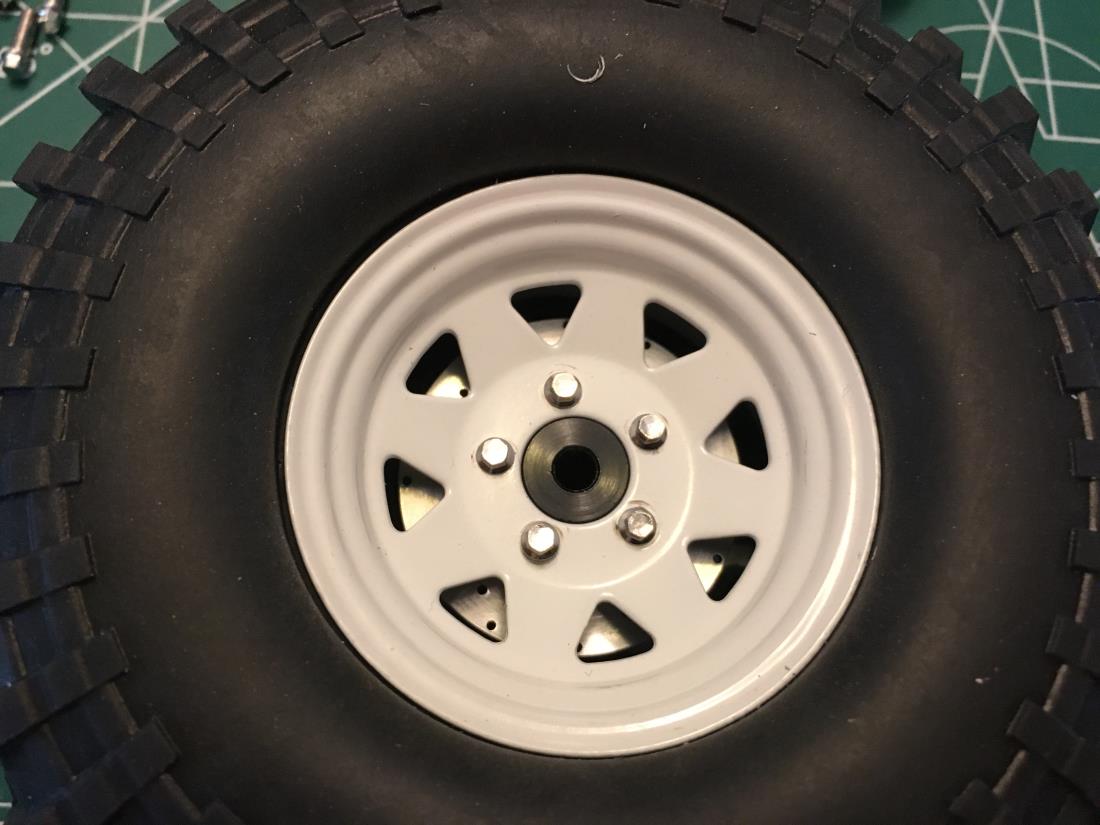 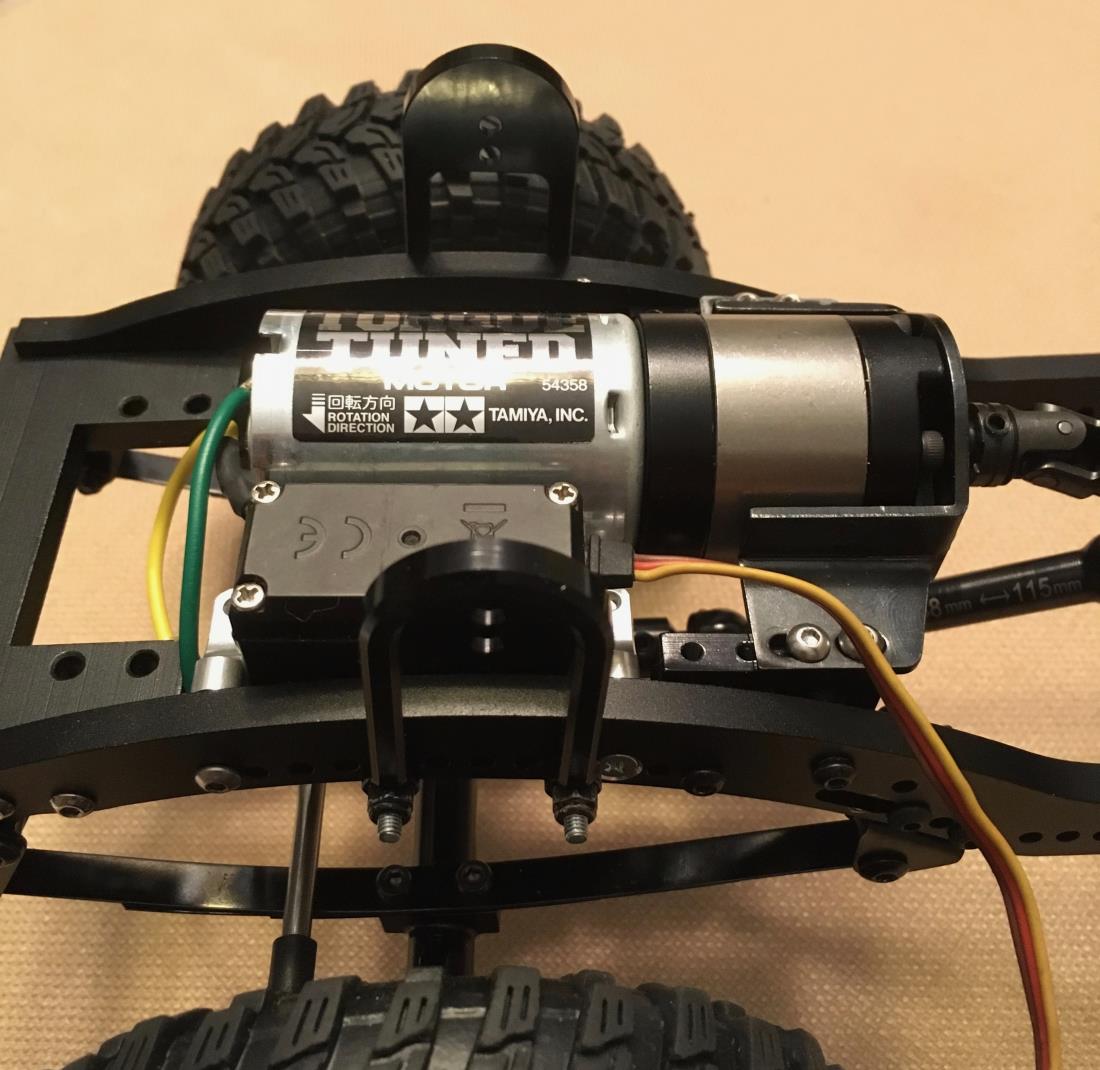 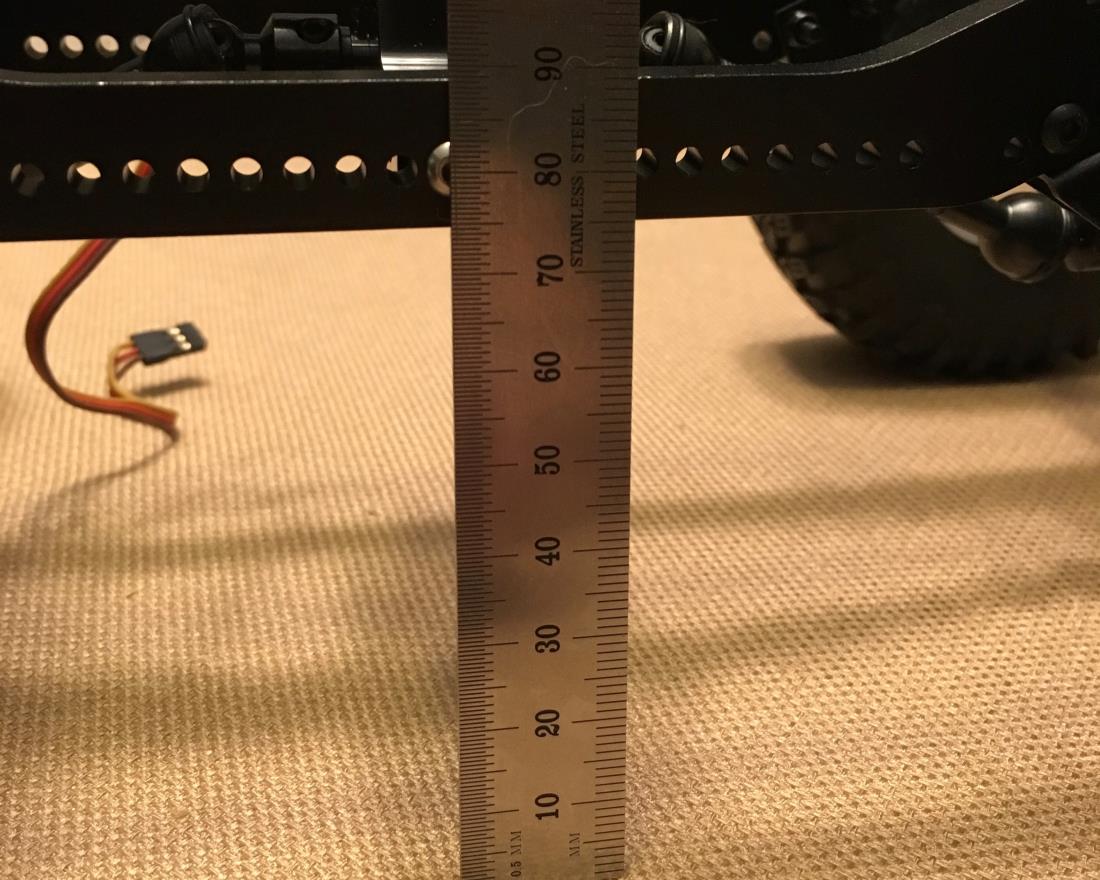 plenty of clearance under chassis rails 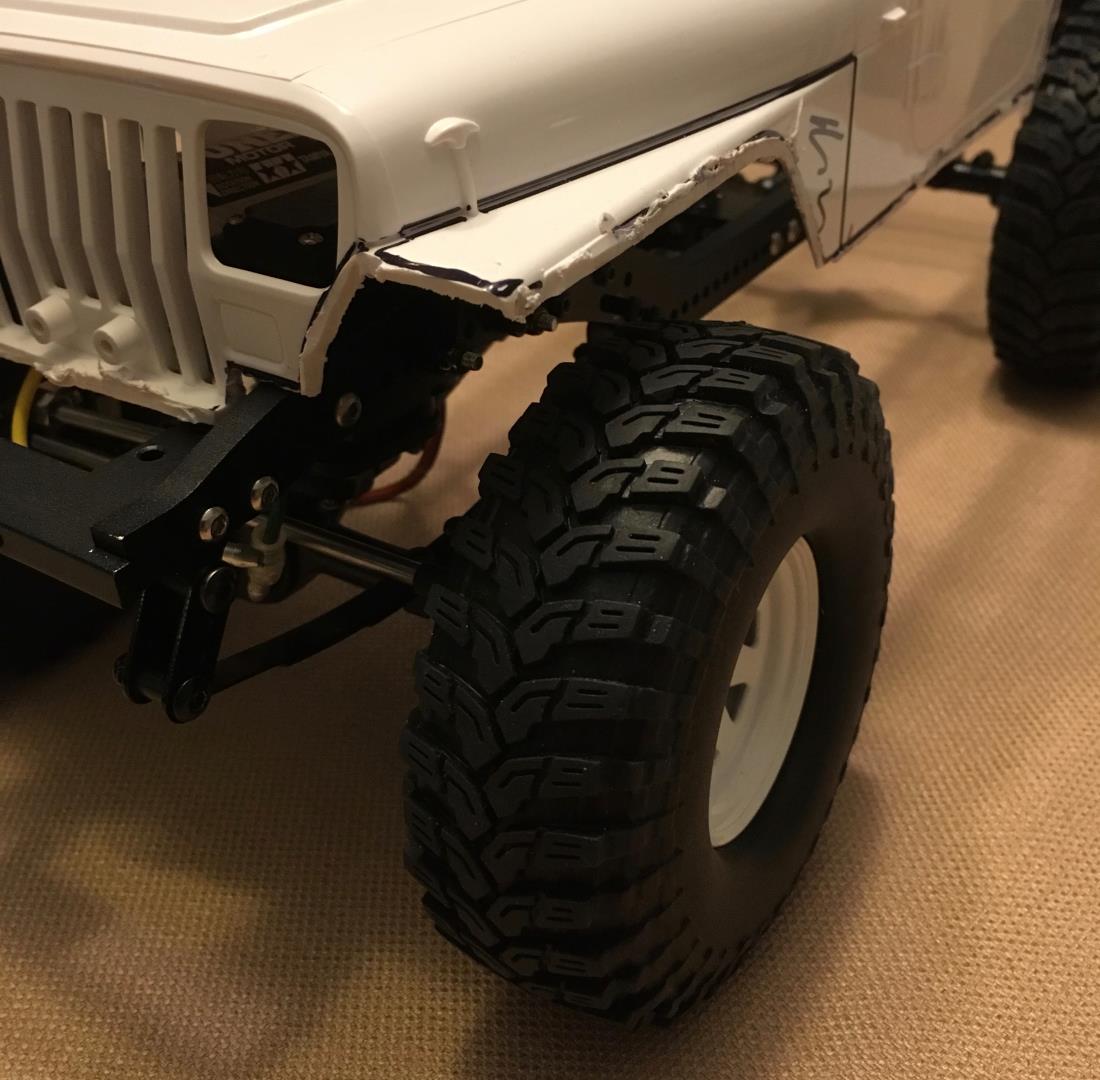 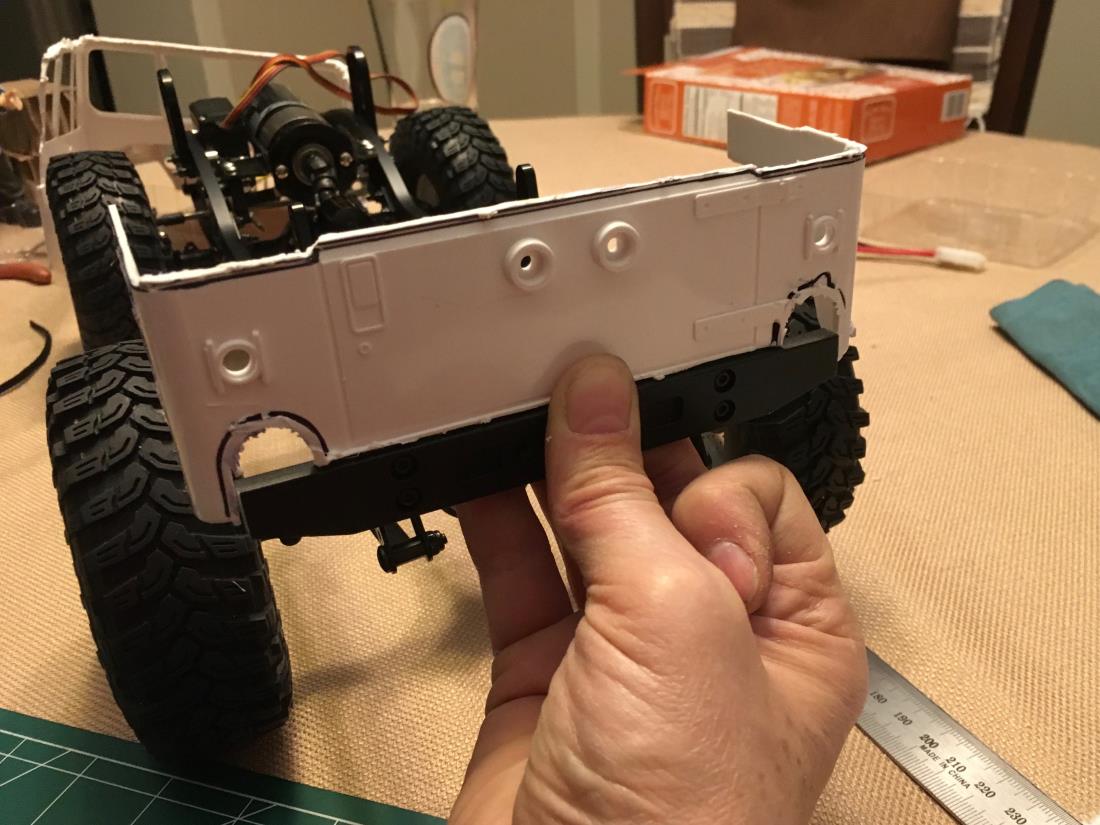 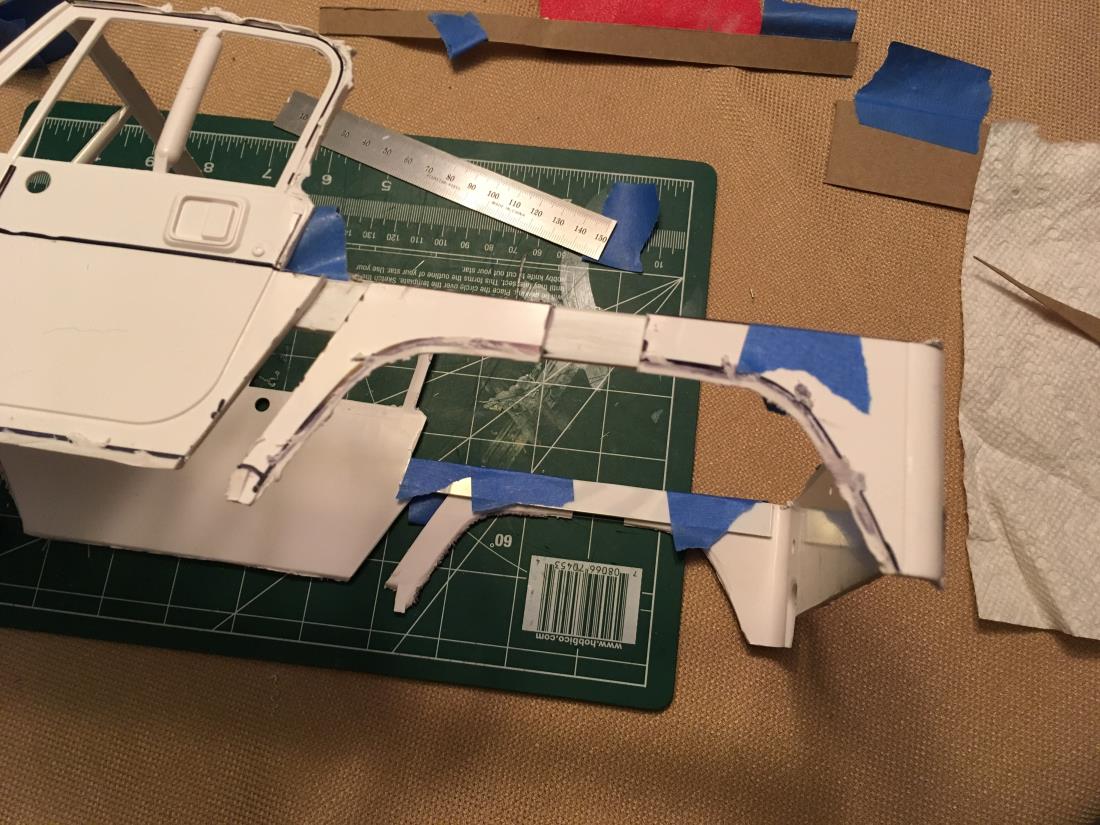 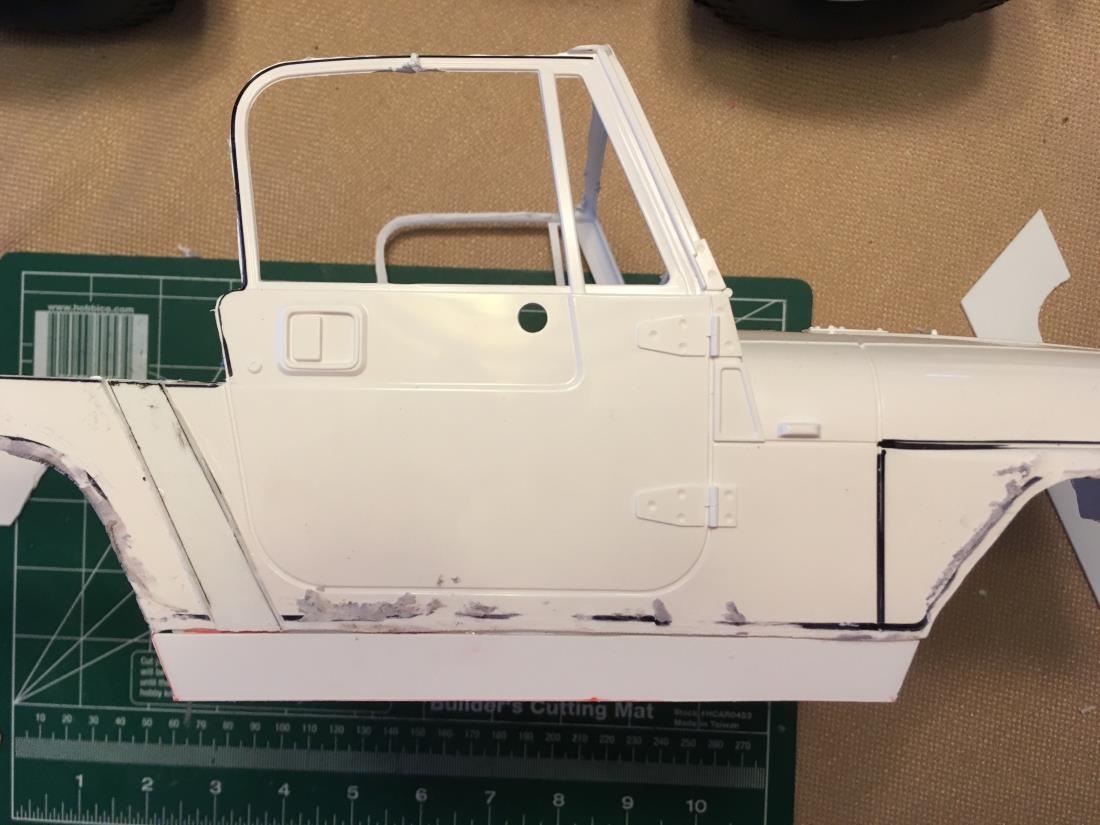 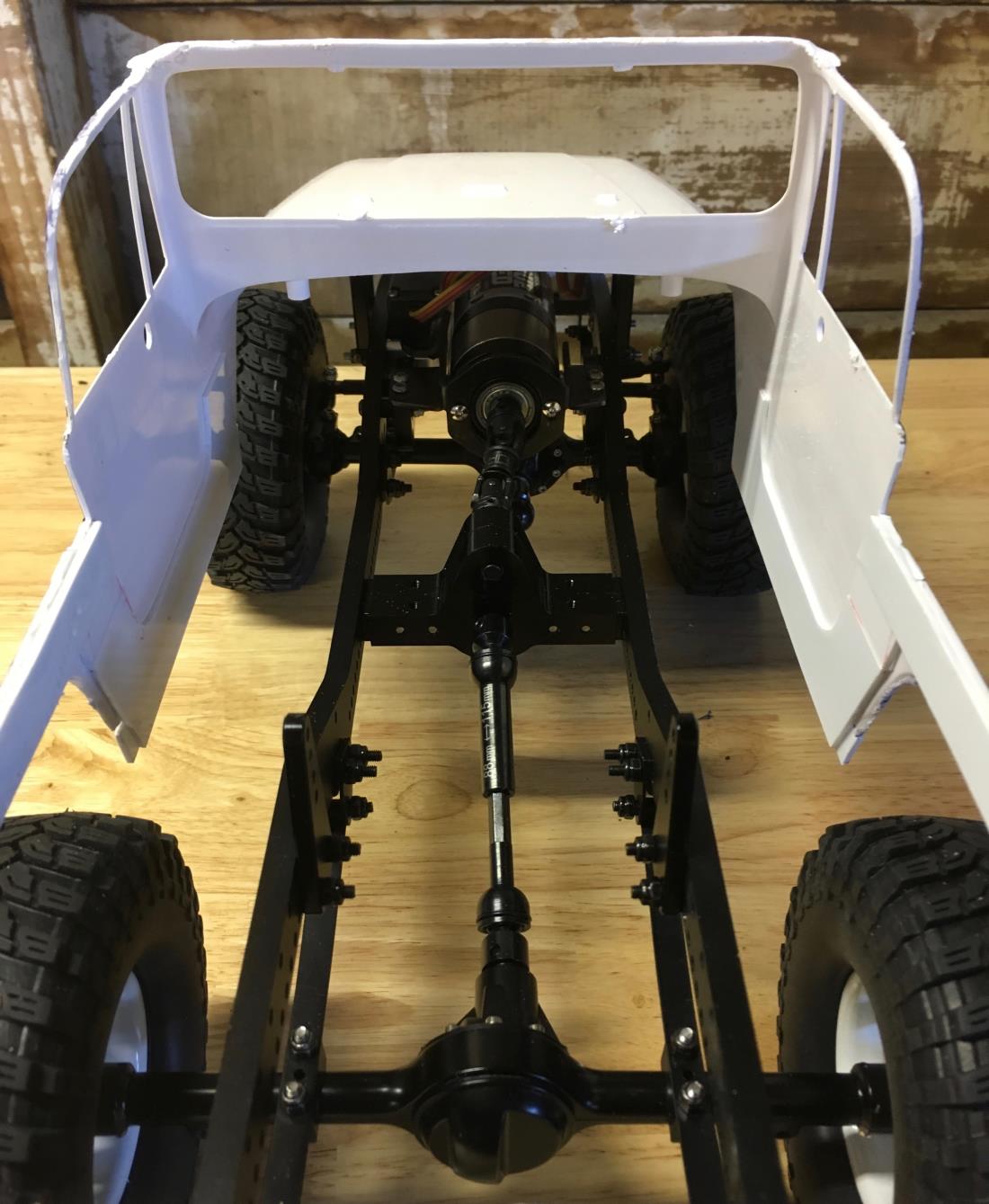 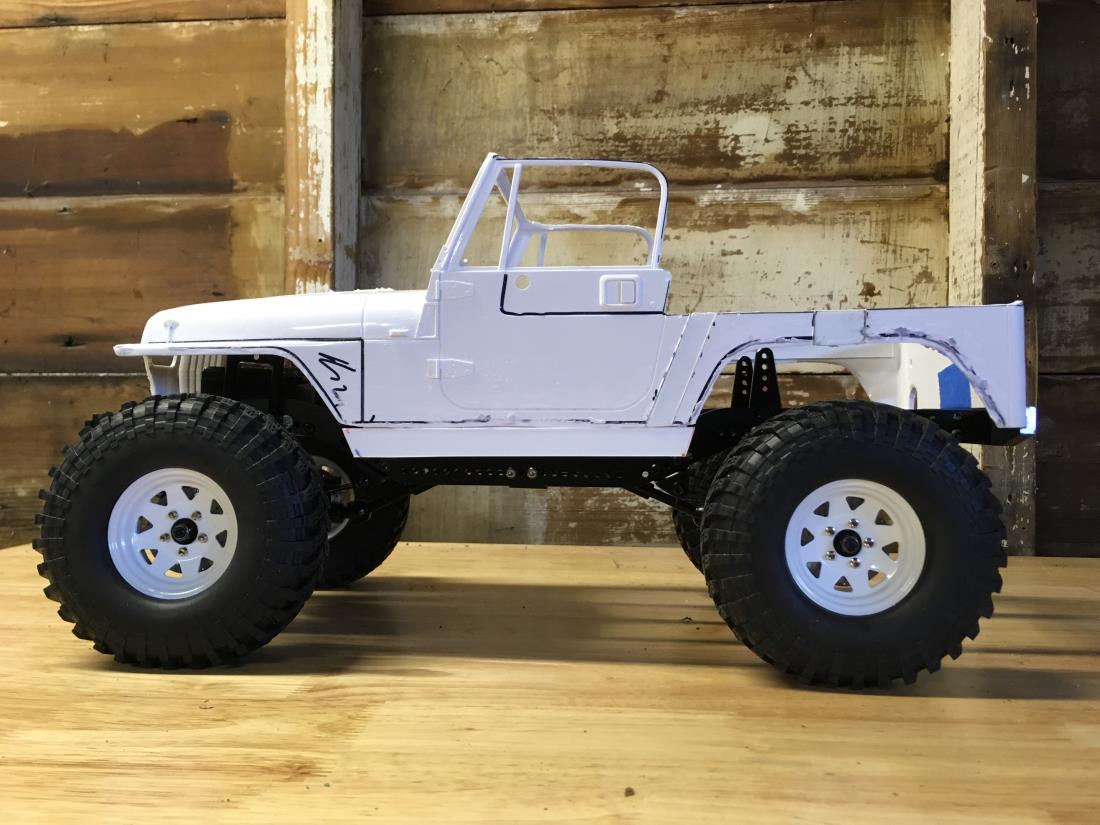 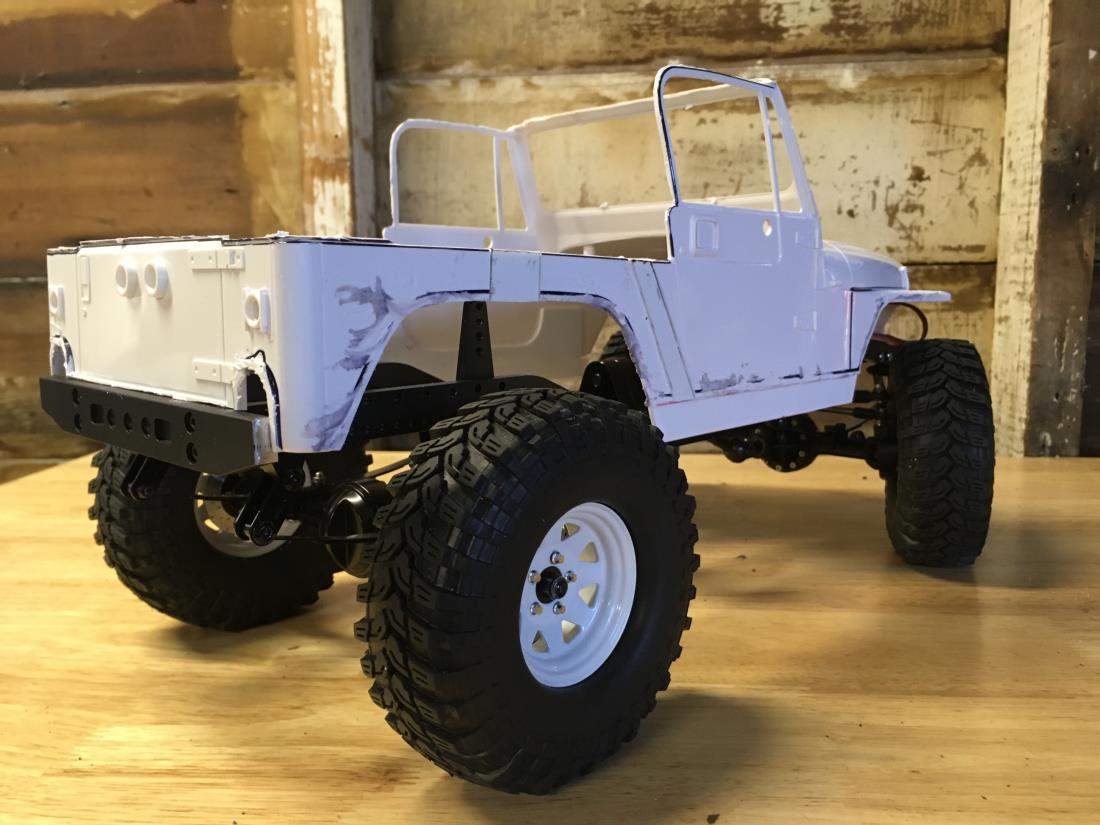 winch will mount to front of chassis If you liked those pictures, you should see these...
ebaYJeep - aka. Daydream B^leafer - part 2

Looks great so far! I can't wait to see more. Who makes that reduction gearbox ? I've been looking for something that size.

Hi Scalextreme - if you put 'RC crawler planetary gearbox' into ebay, you'll get some examples - from both Hong Kong and US sellers - they all seem to offer that 5:1 initial reduction.

I'm looking forward to what you come up with,,,I respect your builds!

Jenny, im exited to see your new Project. all the best. Guido

Sure will be watching this, but sure wish I knew you were in need of a battered body as I have one here with some missing flares and maybe I will clone your work(not as well as you, but you get my drift) and make myself one.

The devil is in the detail....well done a great build

Love the details...can't wait to see it finished.