With this latest evolution, I wanted to incorporate even more scale detailing into what was already a capable crawler.


Updates from Part 3 include chopping the doors down to half-height, then fabricating a floor that fills in the cabin, other than where the centrally mounted gearbox has to poke through, so that in effect it now has a complete interior, including dashboard (a cut-down Wild Willy 2 part).

Fortunately there is just enough space to incorporate a full-figure Wild Willy as a driver (although currently he is missing is boots - I have a replacement body and arms now which I'll be painting soon) - centrally seated in a cut-down Wild Willy 2 seat.

Since Part 3 I have also shortened the rear cage, and trimmed the aluminium deck panels so that a pair of ProLine fuel cans can be fitted in the recess, along with fabricating a fuel cell and side panels to fill in the space between the cage and chassis. This was clad with real aluminium scale checker-plate, as was the floor in the cabin.

Other scale detailing includes a scratch-built battery cut-off handle on the scuttle panel (made from an axle drive pin and a tiny piece of 1mm thick styrene!), and door catches on the [fabricated] now visible door jams - where the doors have been removed...

In turn, the catch on the left had side doubles as a lashing eyelet for the scale bungee cord that helps to secure the beer keg in the cabin; while on the right hand side sill is a [3D printed] milk crate containing an old bottle of Pennzoil and some dirty rags - these were cut from full-size blue shop towel in 1' squares, and soaked in real old engine oil - then everything super-glued in!

One other scale detail I've incorporated is a decoupage of sponsor stickers as a roof-lining, plus utilised the Wild Willy 2 dash decal backed with self-adhesive aluminium foil.

While this vehicle is still semi-cartoon in nature (not least having ol' big-head Willy as a driver), I trust you'll agree these additional details help to bridge the gap towards a true scale crawler.

There are more details and photos of the build here on the forum: https://www.tamiyaclub.com/forum/index.php?/topic/81391-desmond-the-22-aka-skinny-four-linky/ 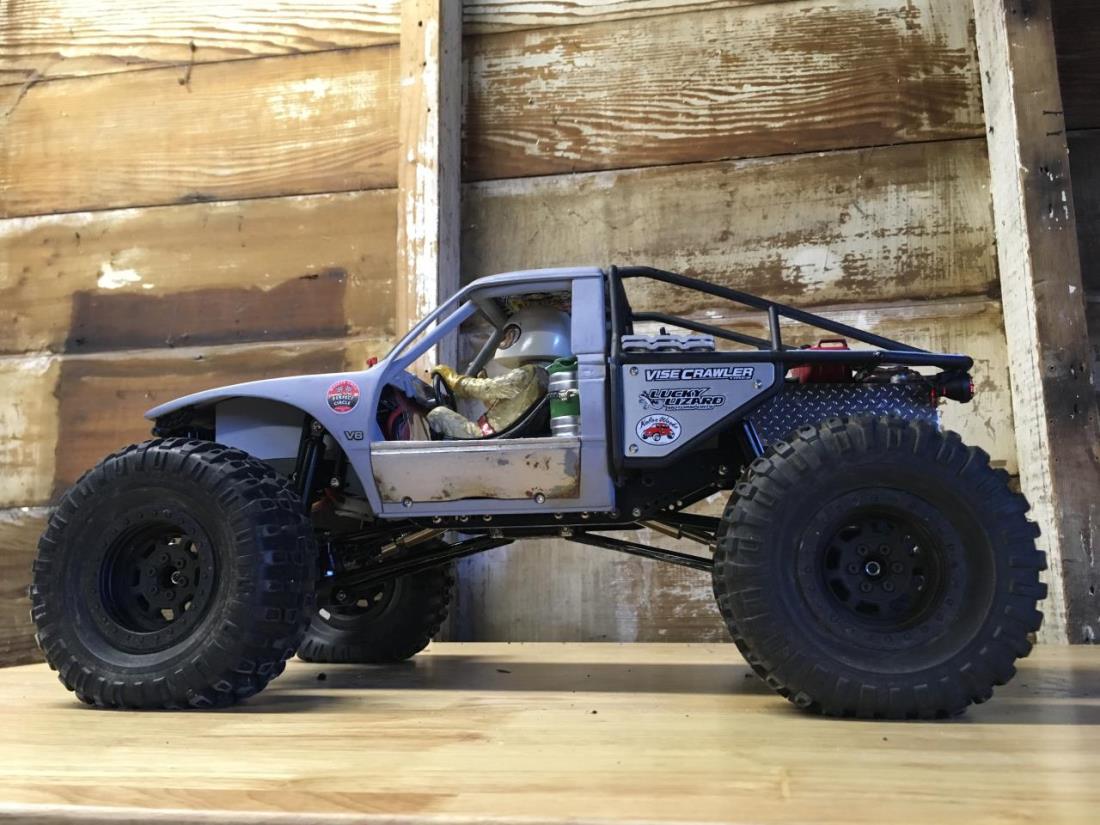 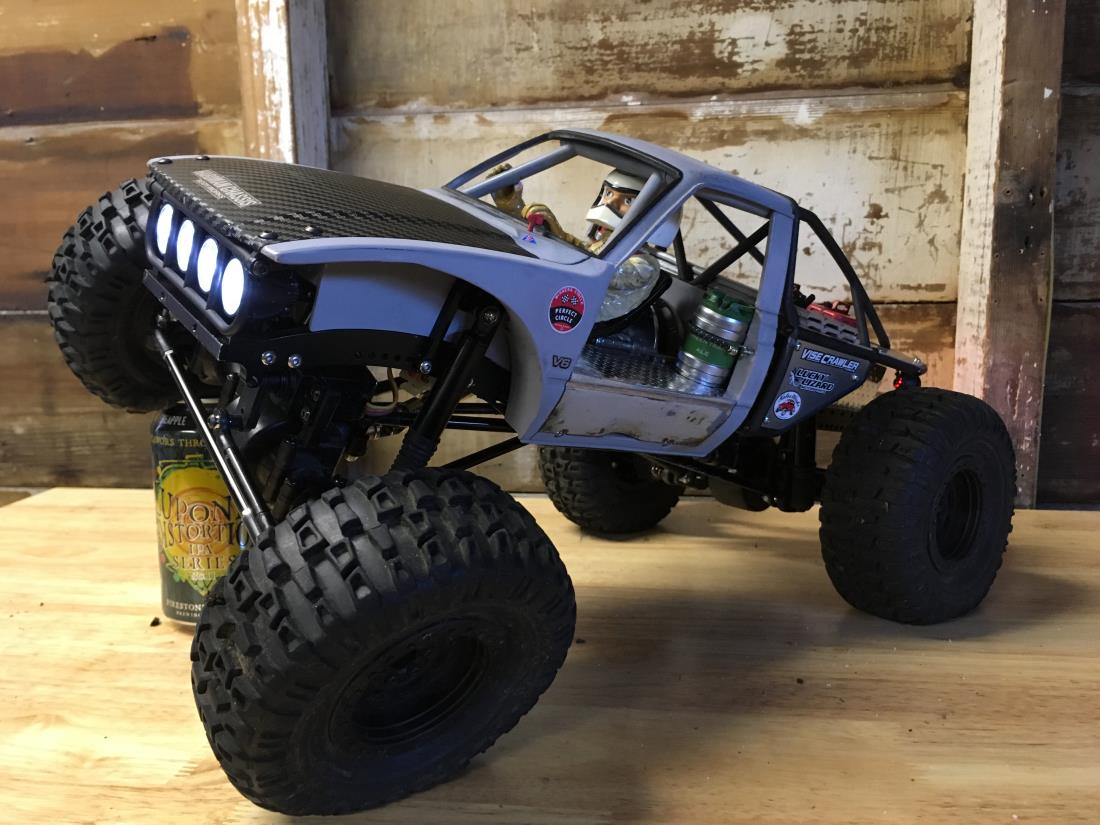 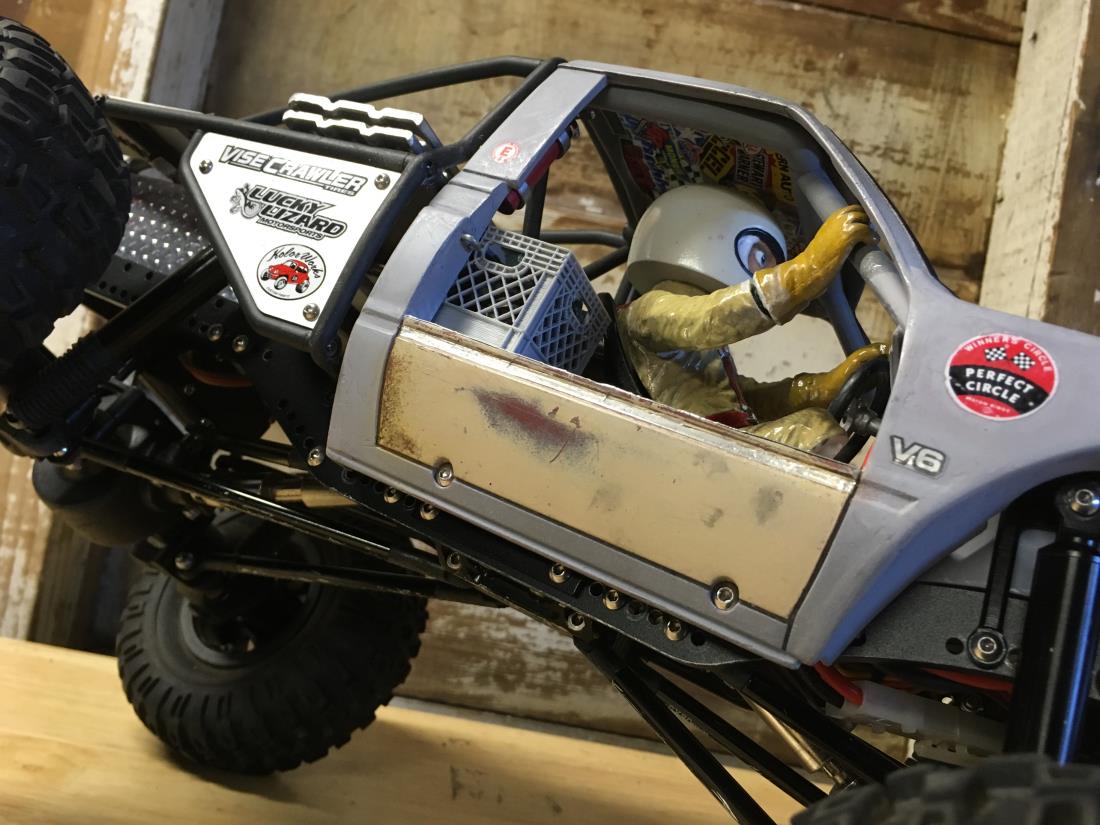 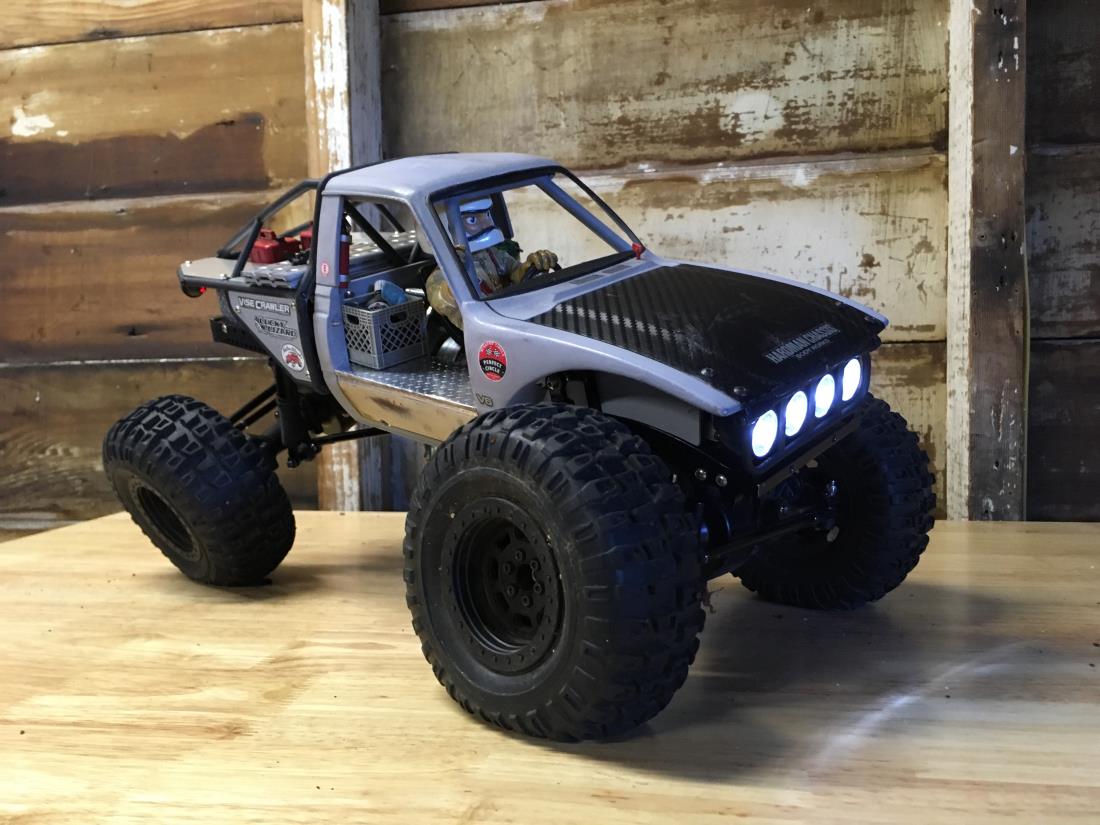 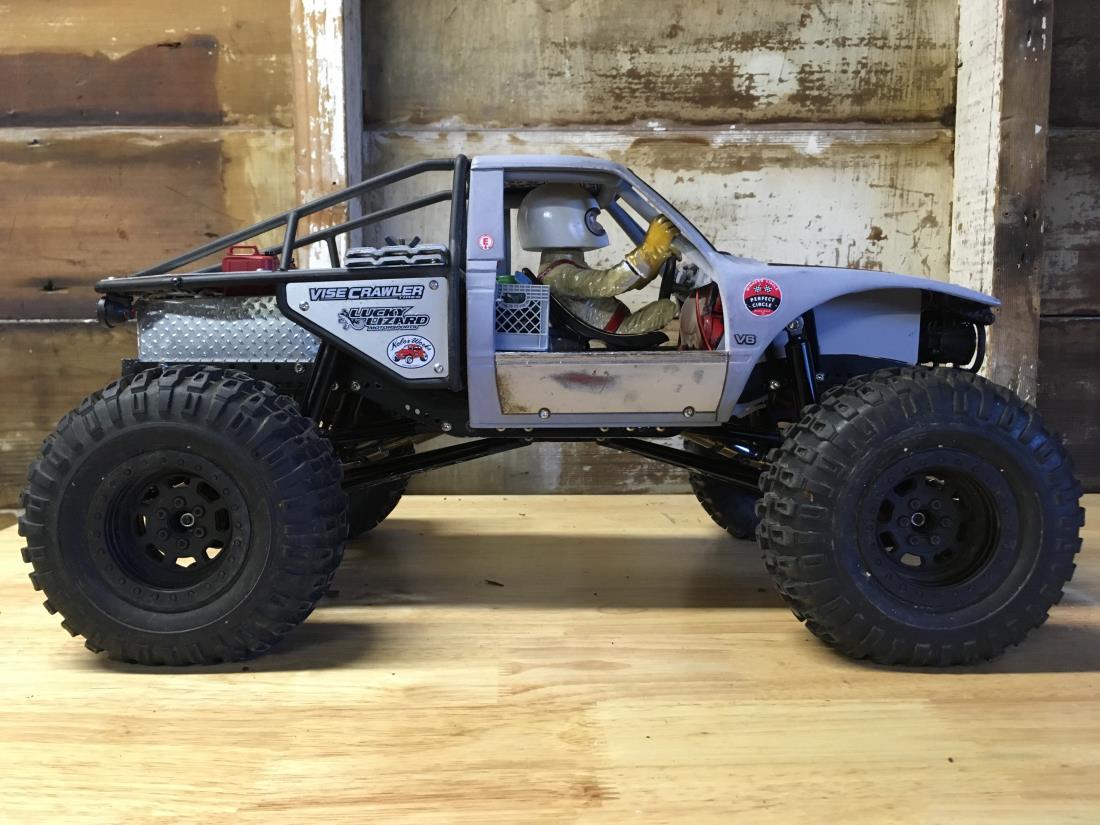 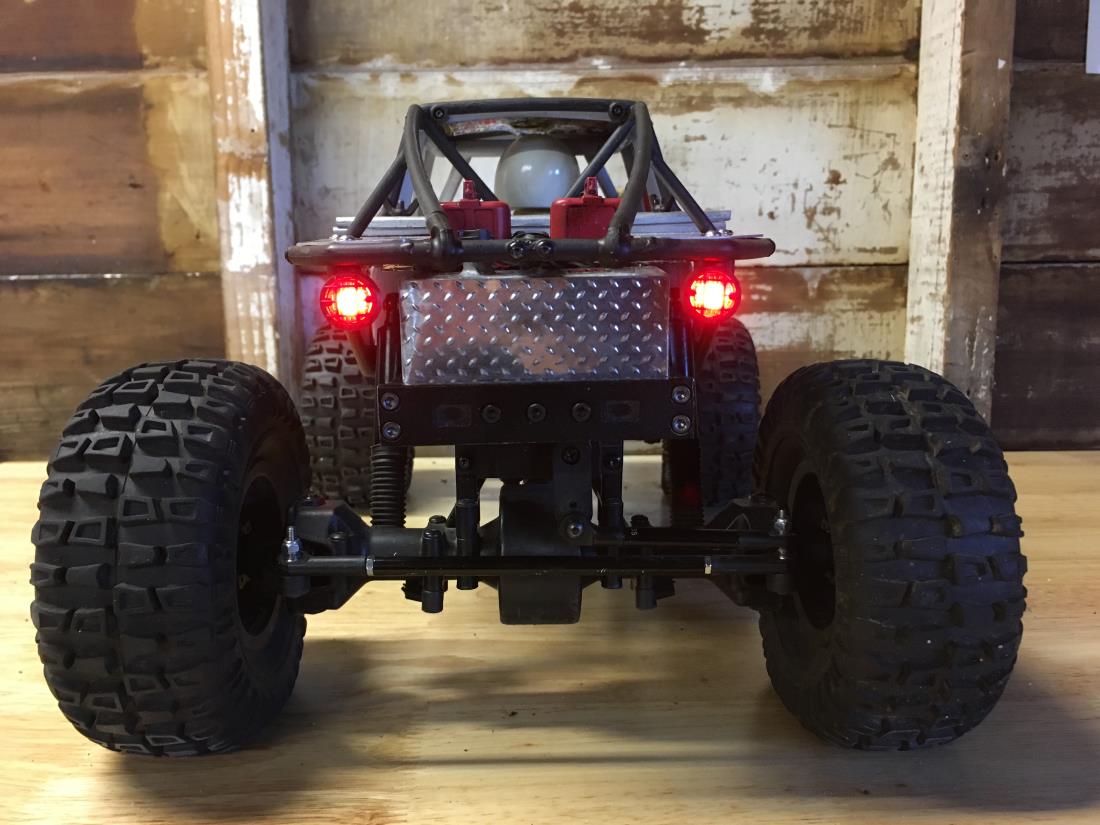 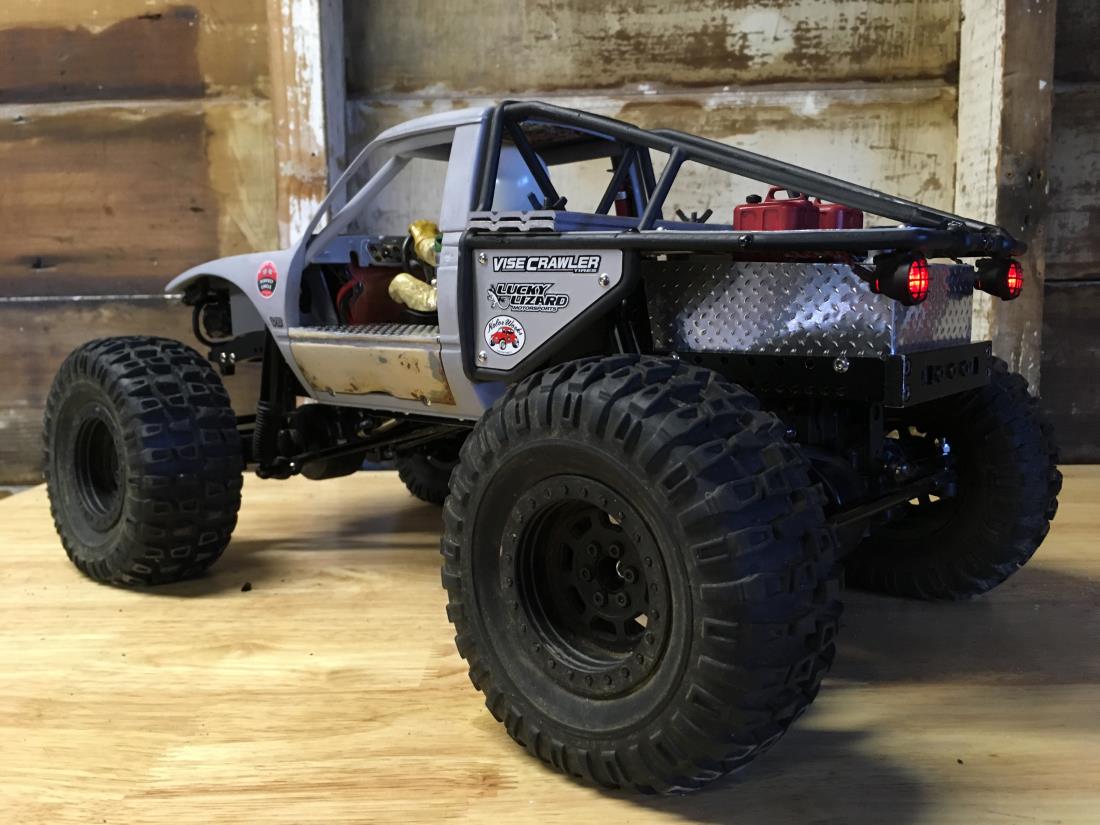 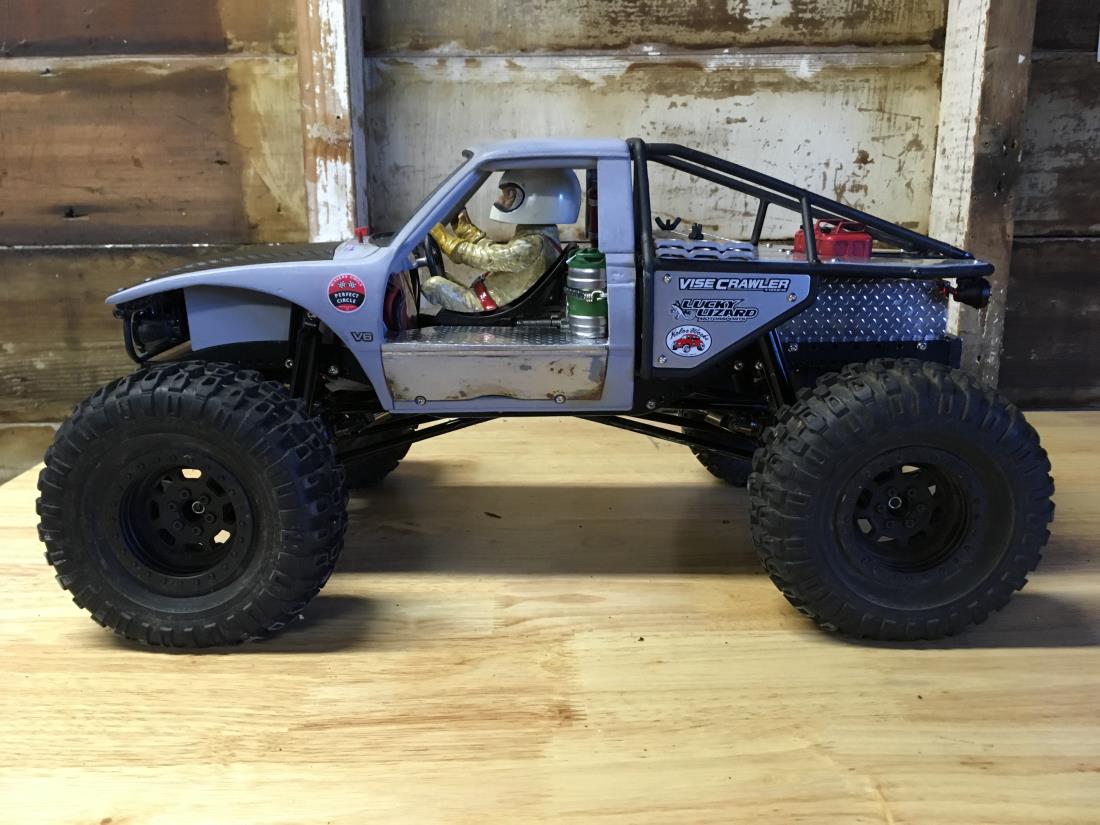 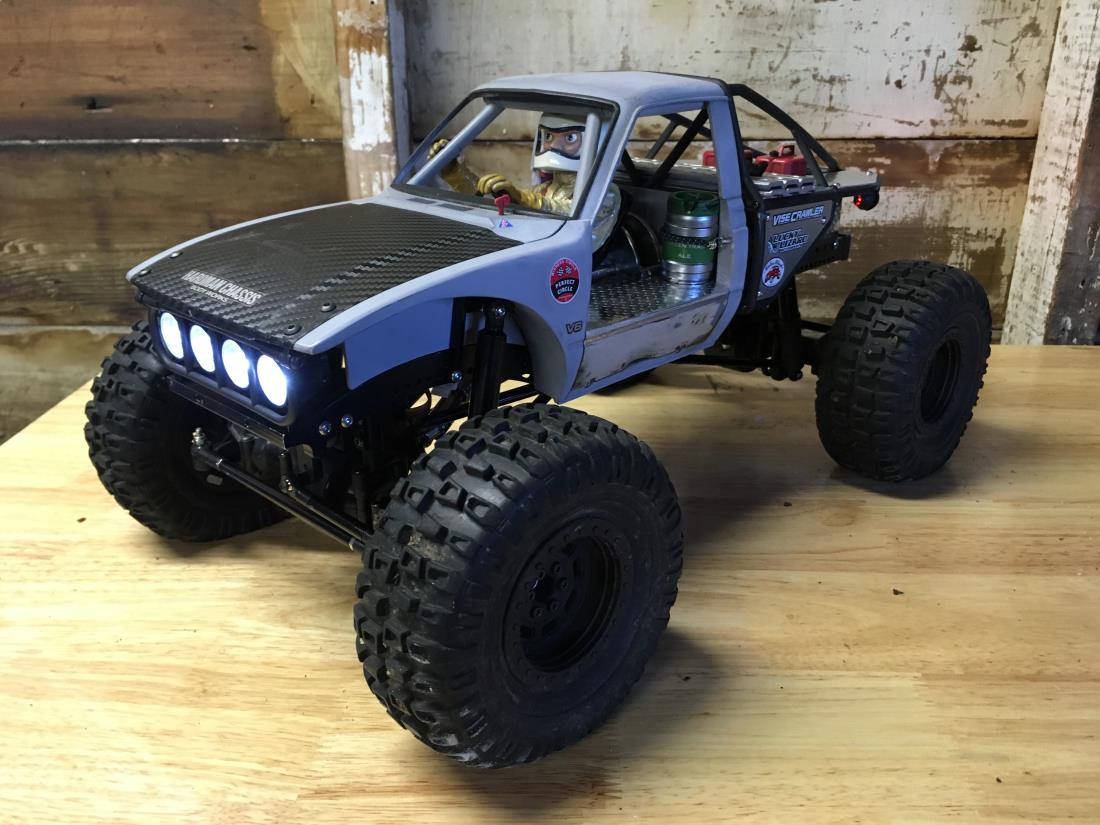 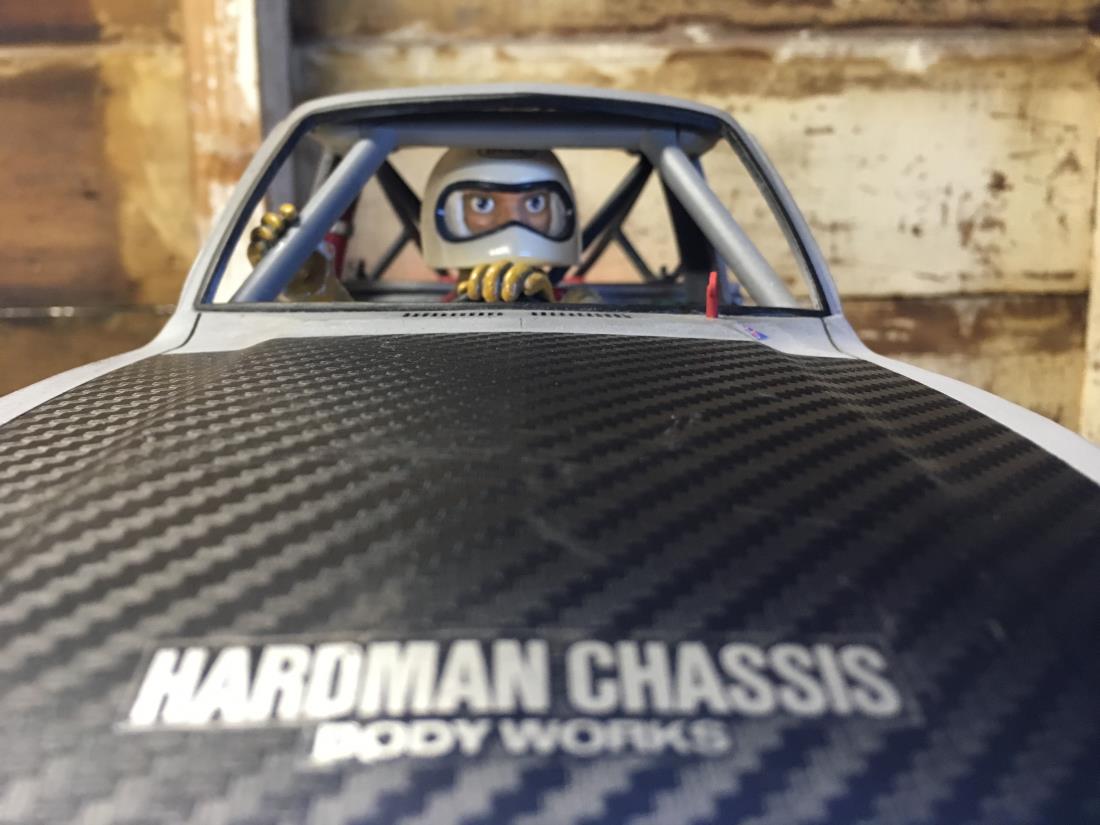 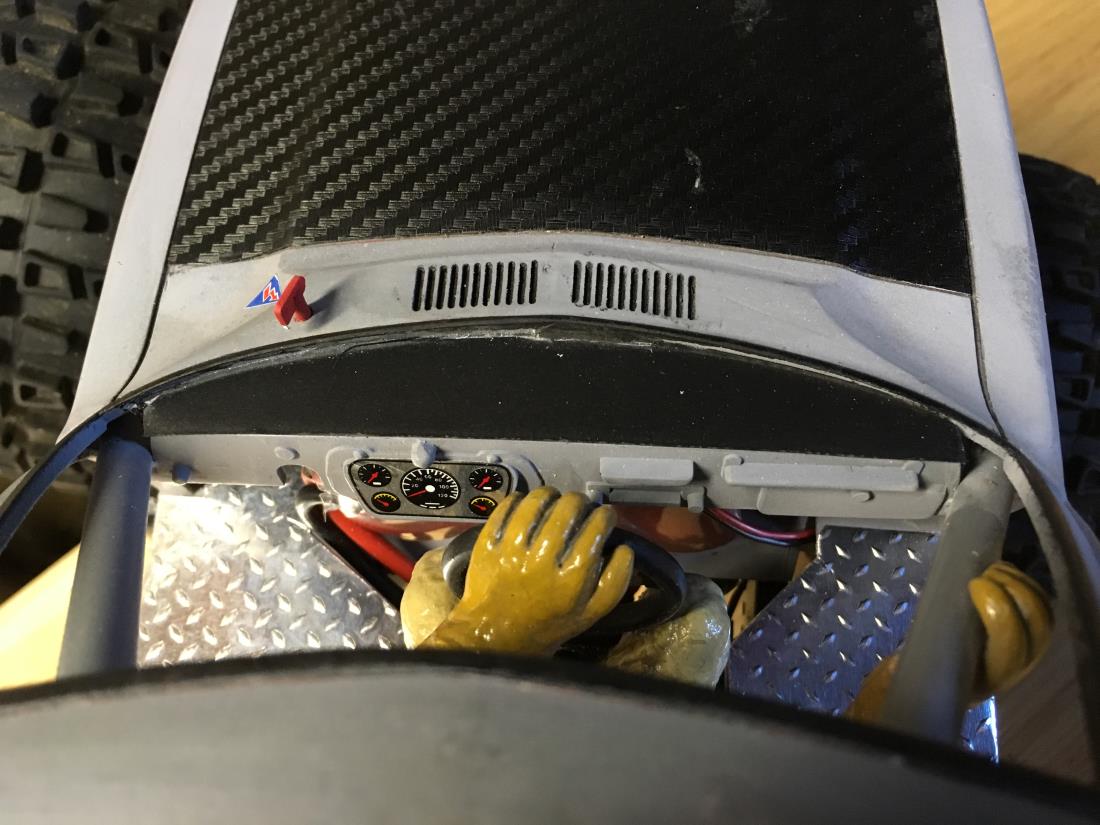 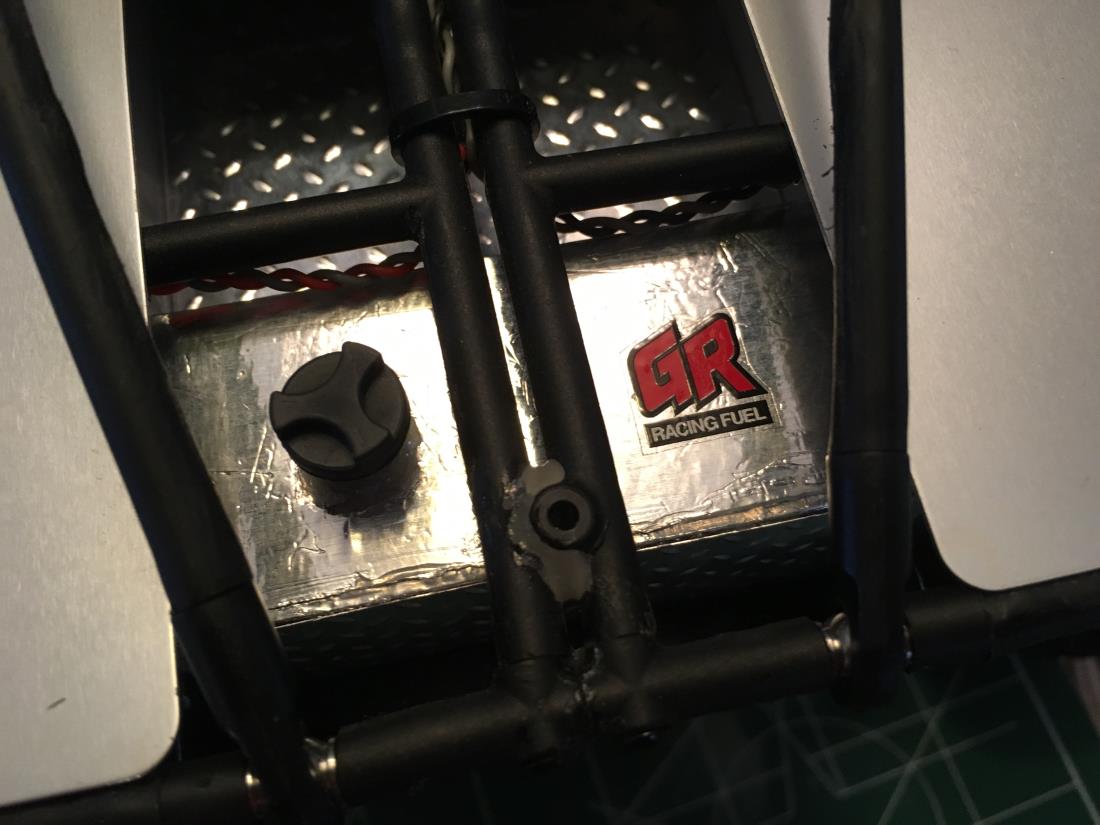 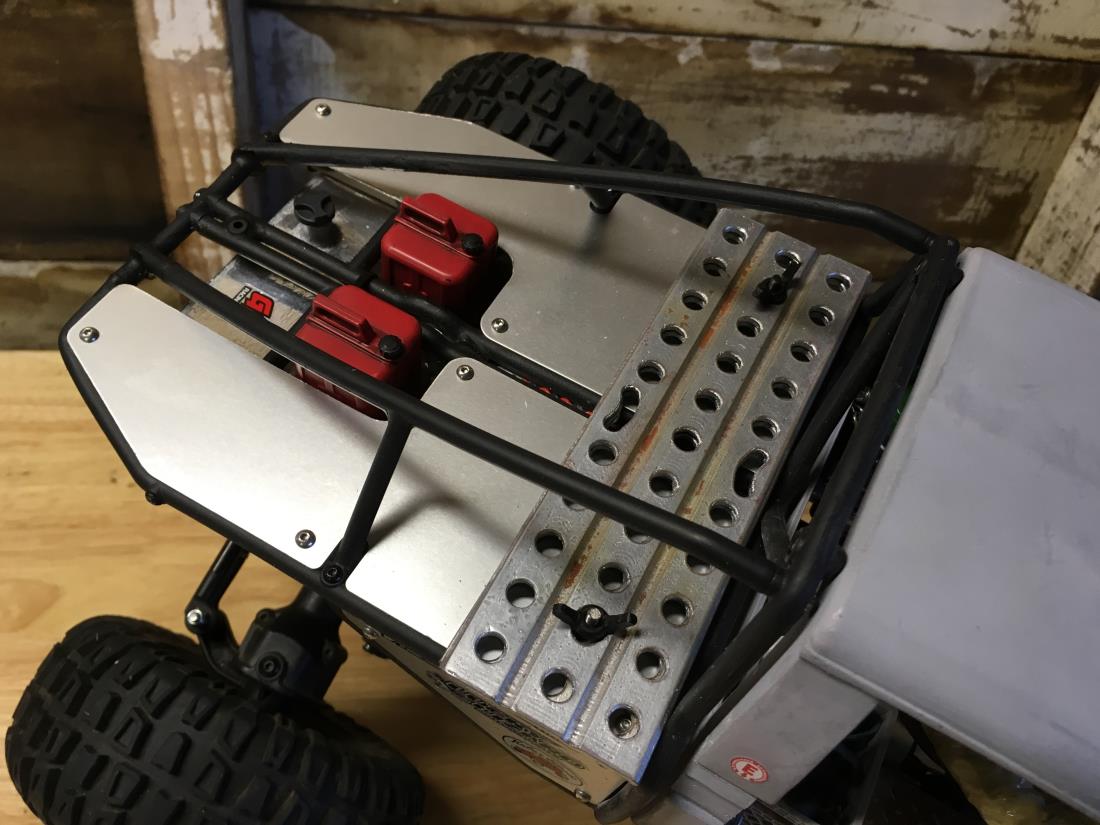 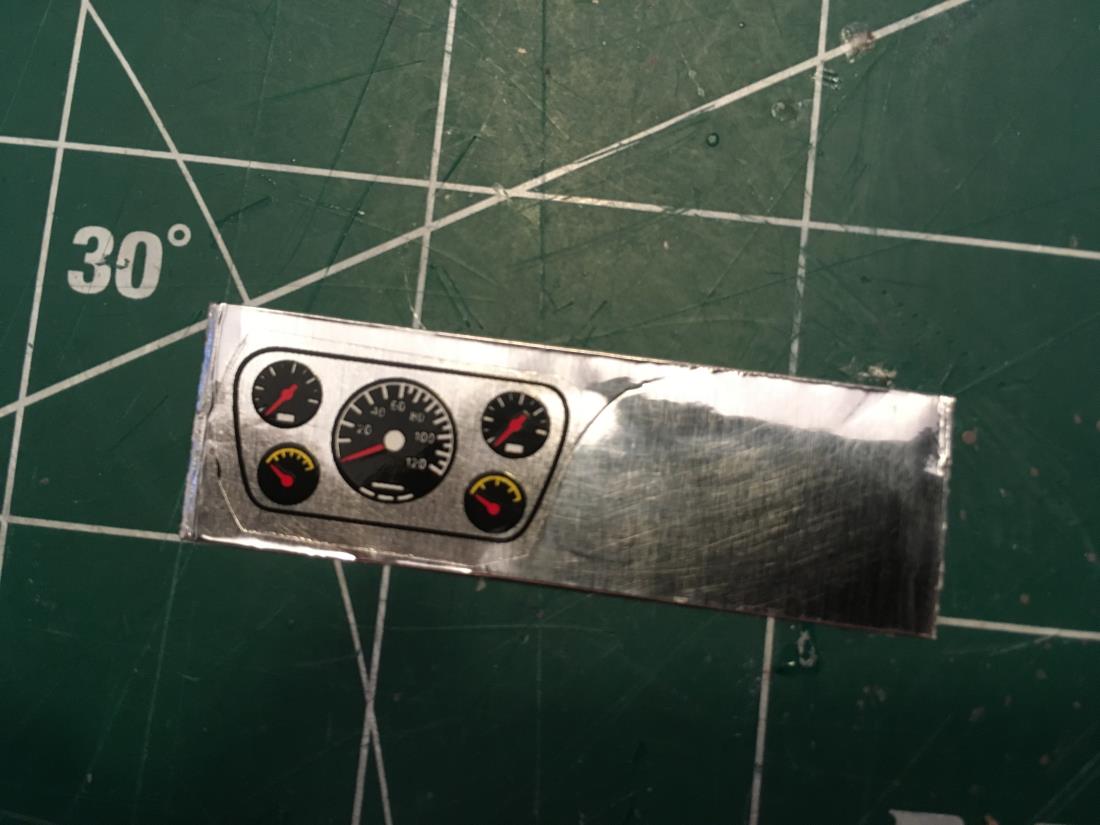 new driver will have his boots reinstated 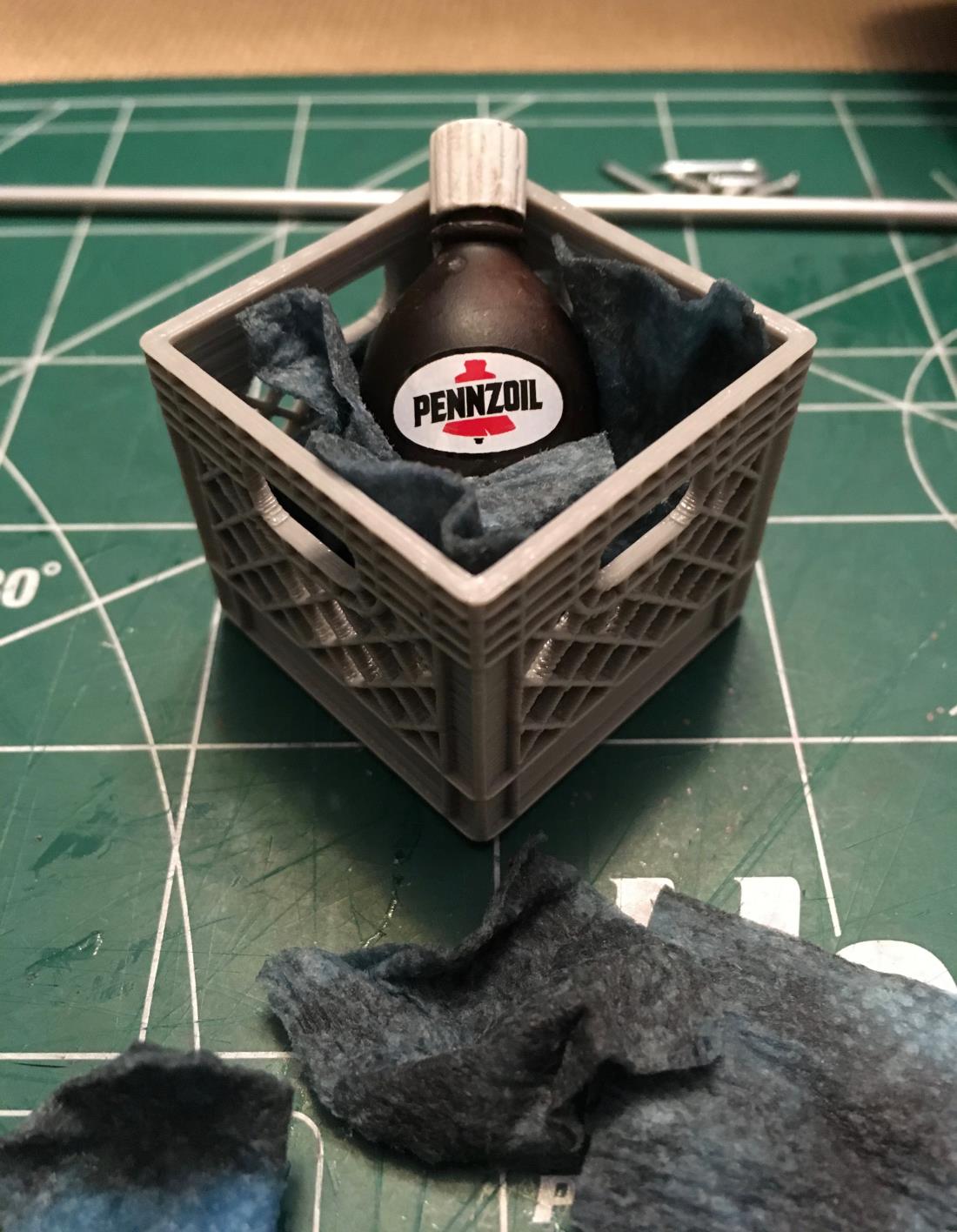 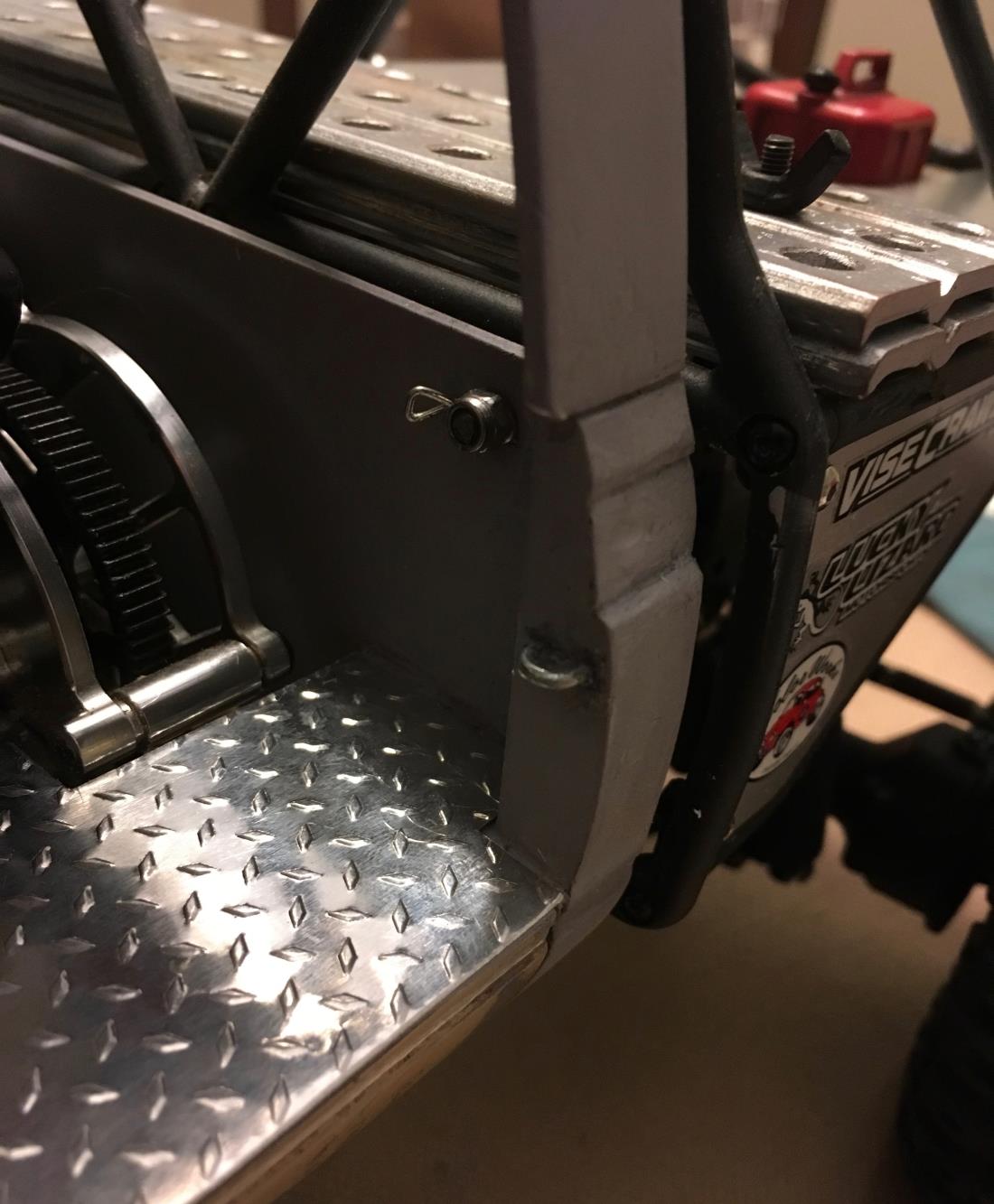 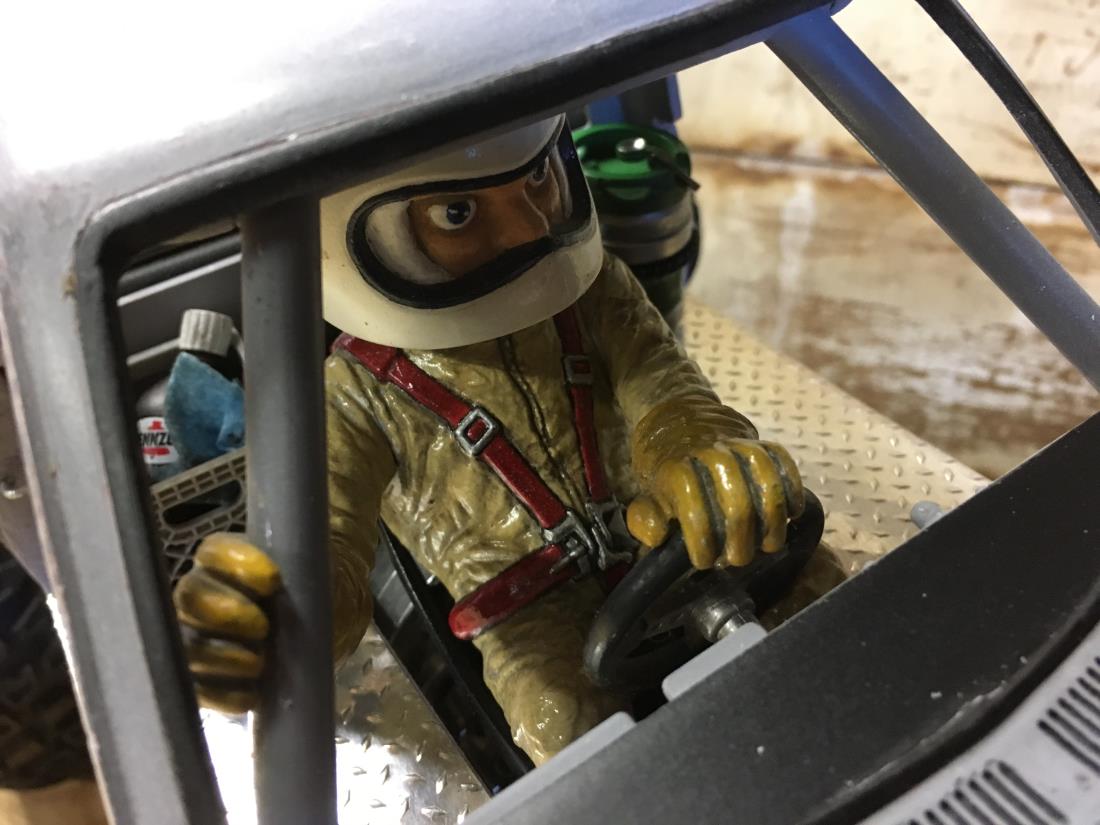 Willy at the wheel - holding roll-cage 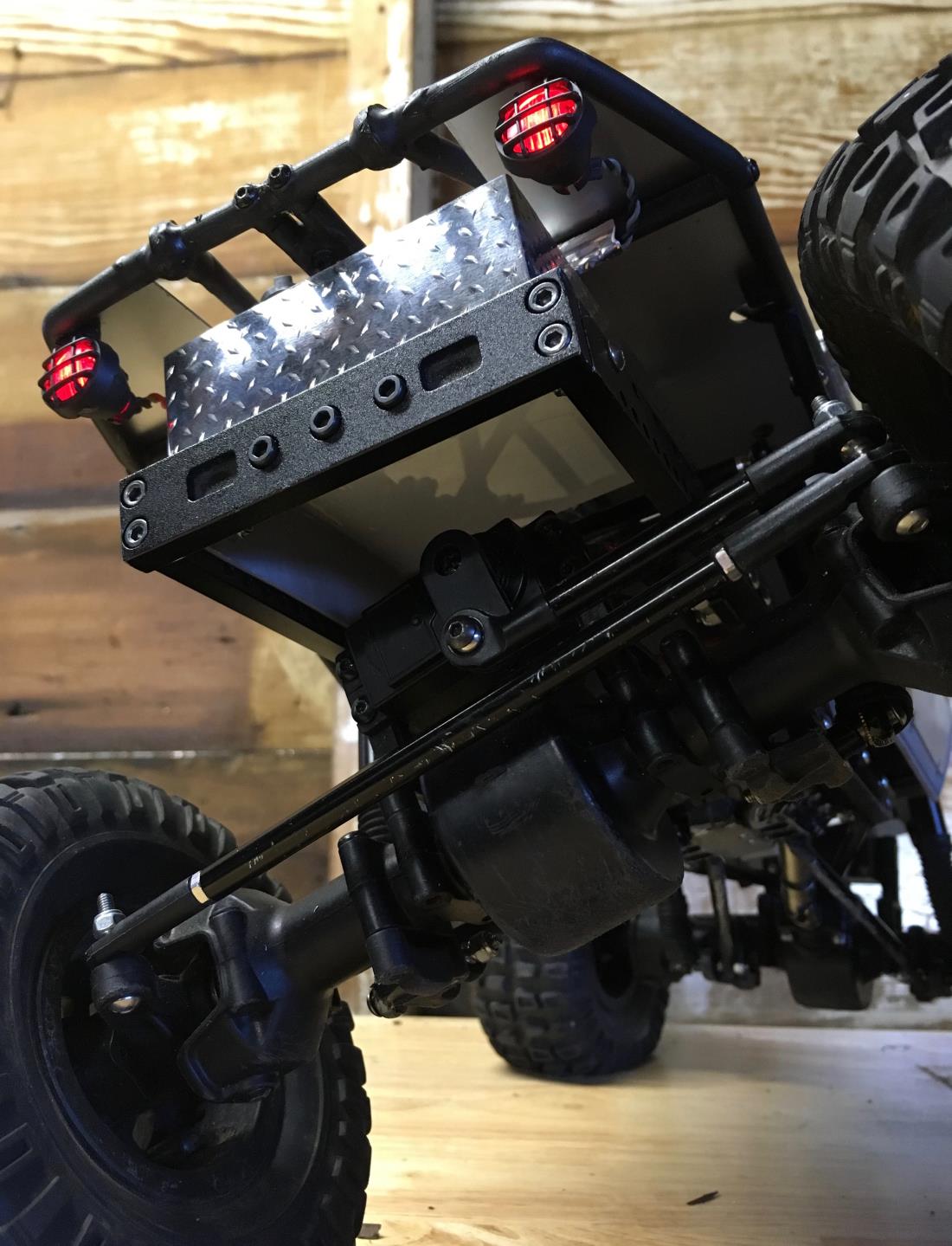 4WD, and 4-wheel steering too! all accessories glued in, in case of roll-over!