Somehow, this happened because of a VW Golf!

A while ago a member here (think it was Percymon) was selling his unbuilt Mk1 Golf kit. The original Golf was the star of many Tamiya catalogues back in the day and I'd always liked it. But then, as now, kinda intimidated by the paintjob! I was tempted by Percymon's kit but couldn't get the cash together in time so it didn't happen. But it started a bit more interest in the M-chassis cars.

Then things just sort of happened. I saw these RCON Mini shells advertised on Facebook. I had a 1275GT when I was young so it really caught my interest. Around the same time I saw the Mazda kit pretty cheap on ebay, and on a 10% voucher day. Fate, wishful thinking or just dumb luck? Who cares?

So I bought the Mazda, sold the body and wheels, bought the Mini body and wheels. Over the next month or two I picked up a few hop-ups and then built it over the Christmas hols. I've never built any sort of M-chassis car before so I enjoyed the build. The RCON body is pretty good quality, the detail looks nice and it's reasonably thick lexan. The decals aren't Tamiya quality but they're not awful.

My old mini was black so the colour choice was easy. To my shame, I can't remember the reg number! EDG676L was my uncle's Rover 2000TC which was probably a cooler car than my beat-up Mini anyway! With a few little details added it was time to build a basic interior and recruit a driver...

So here it is. I enjoyed the build and I'm really pleased with the result. Definitely seeing the potential with these m-cars! 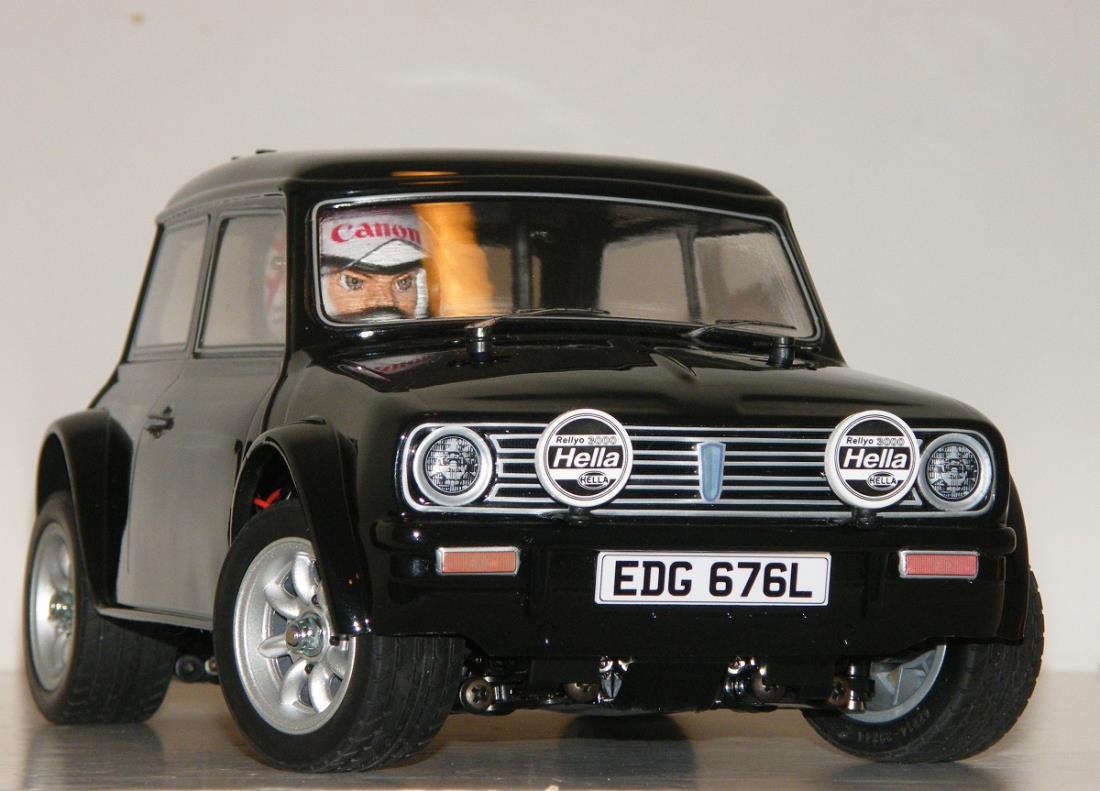 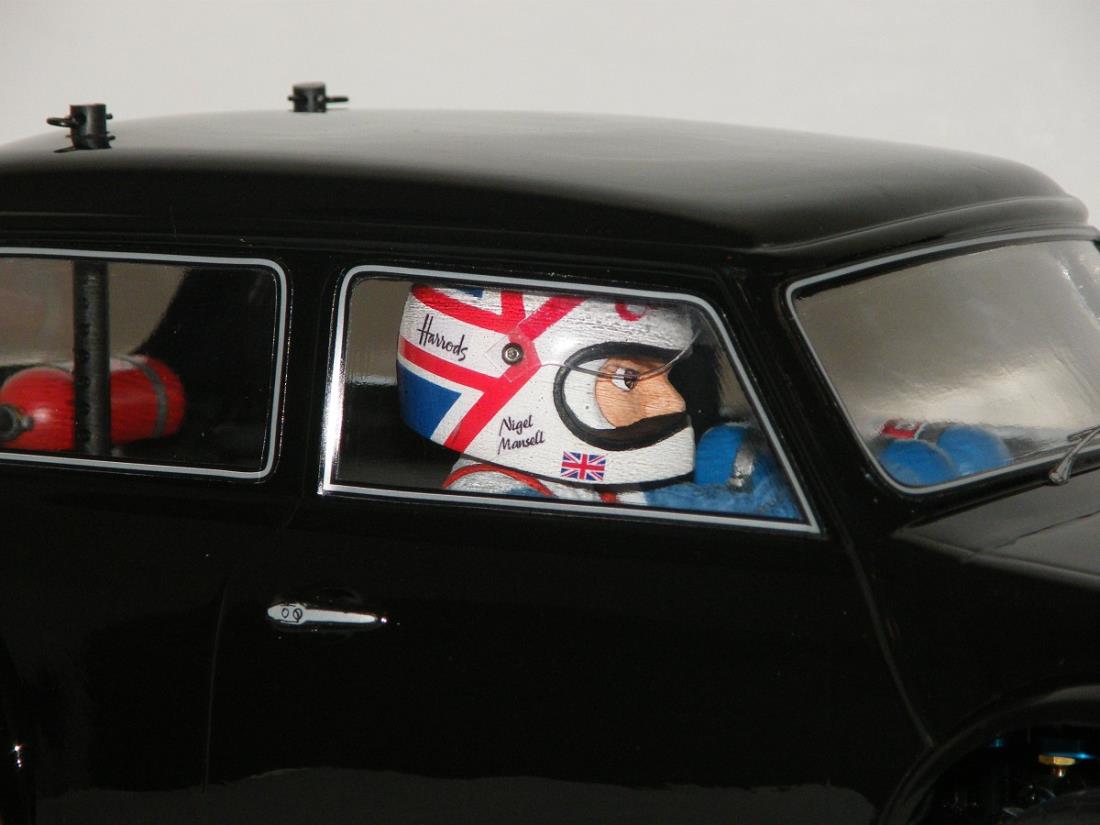 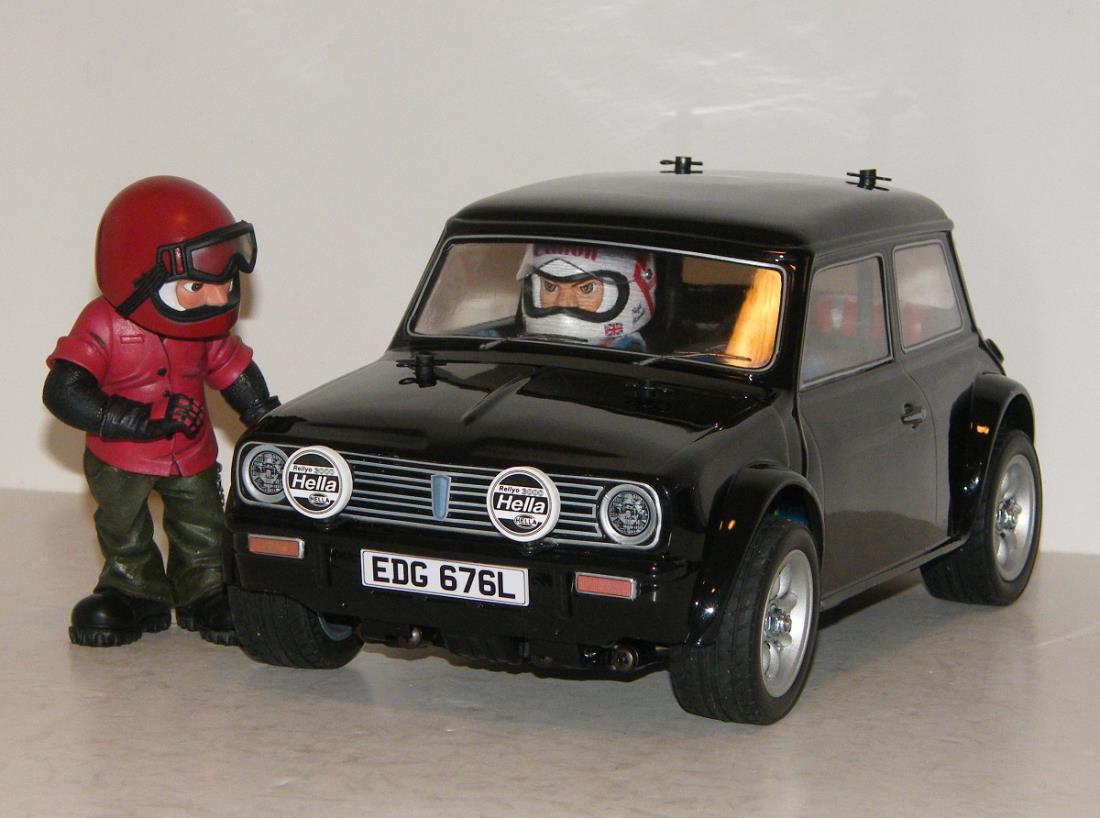 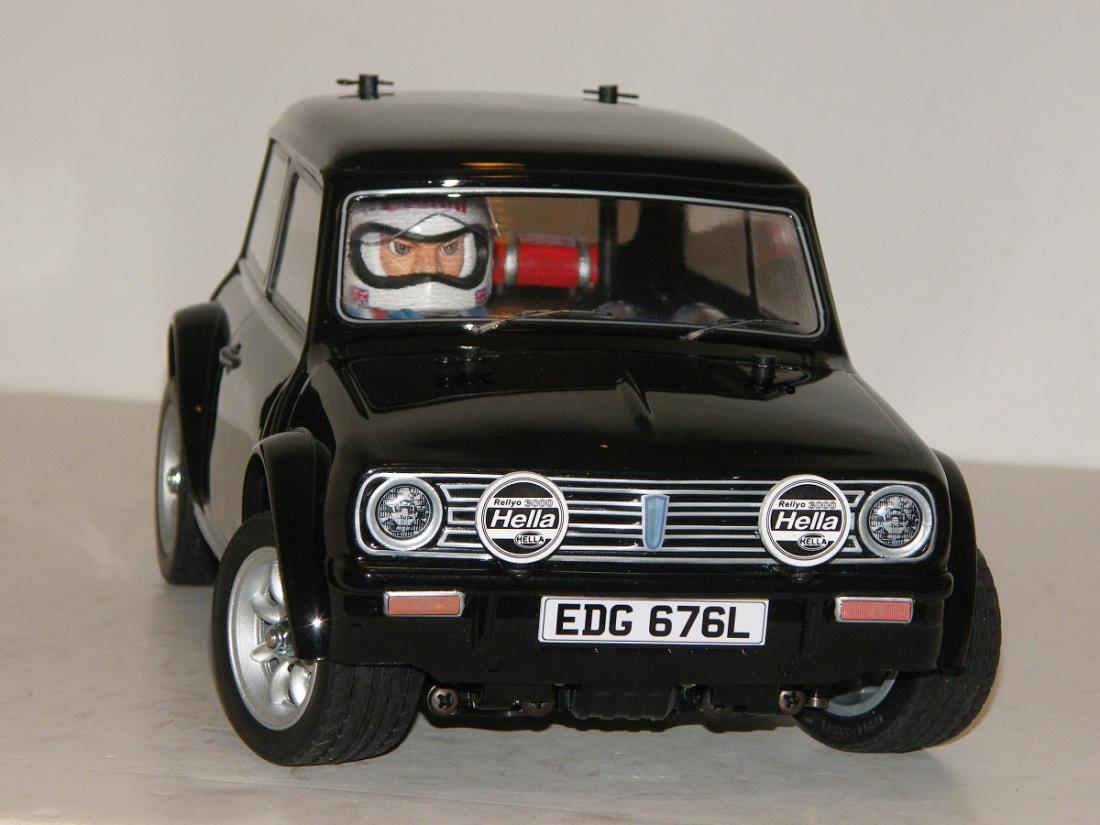 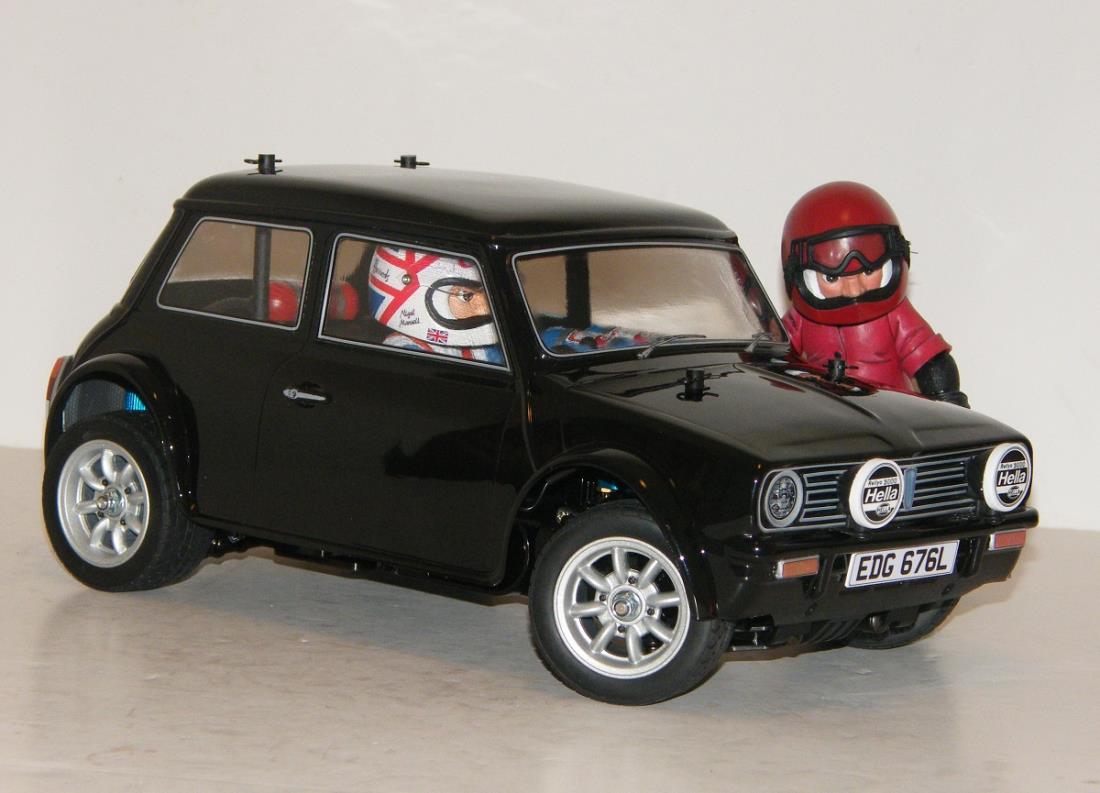 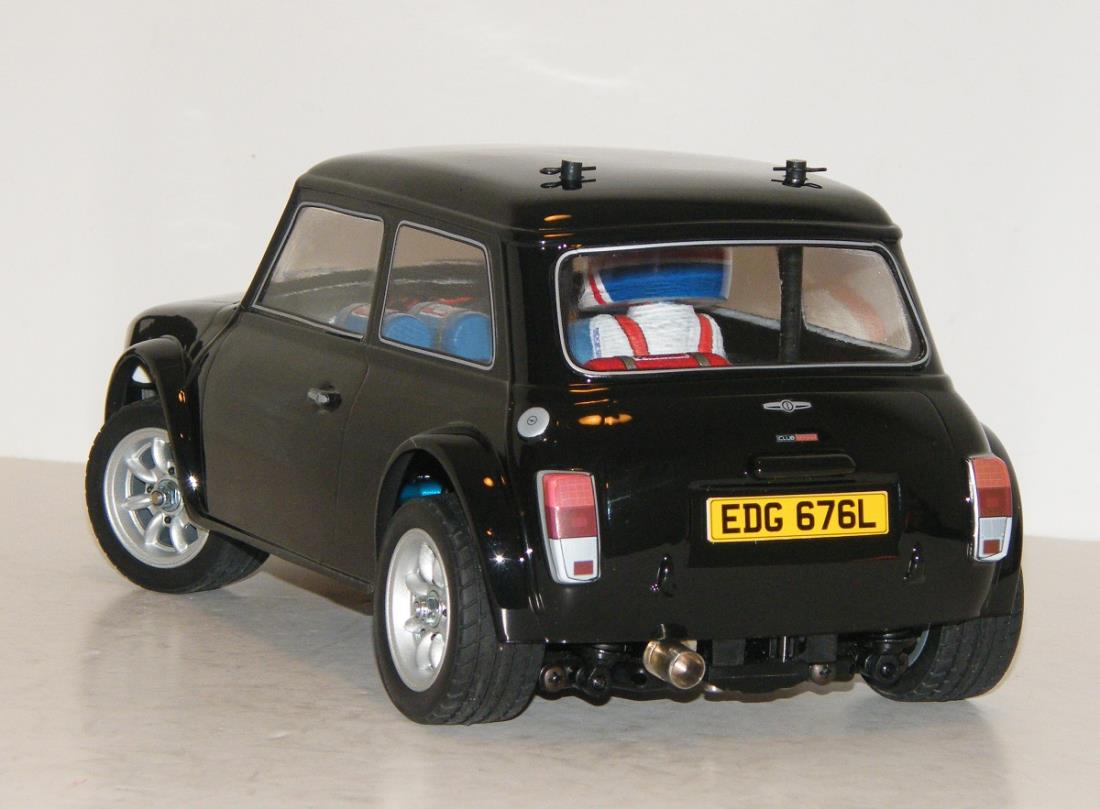 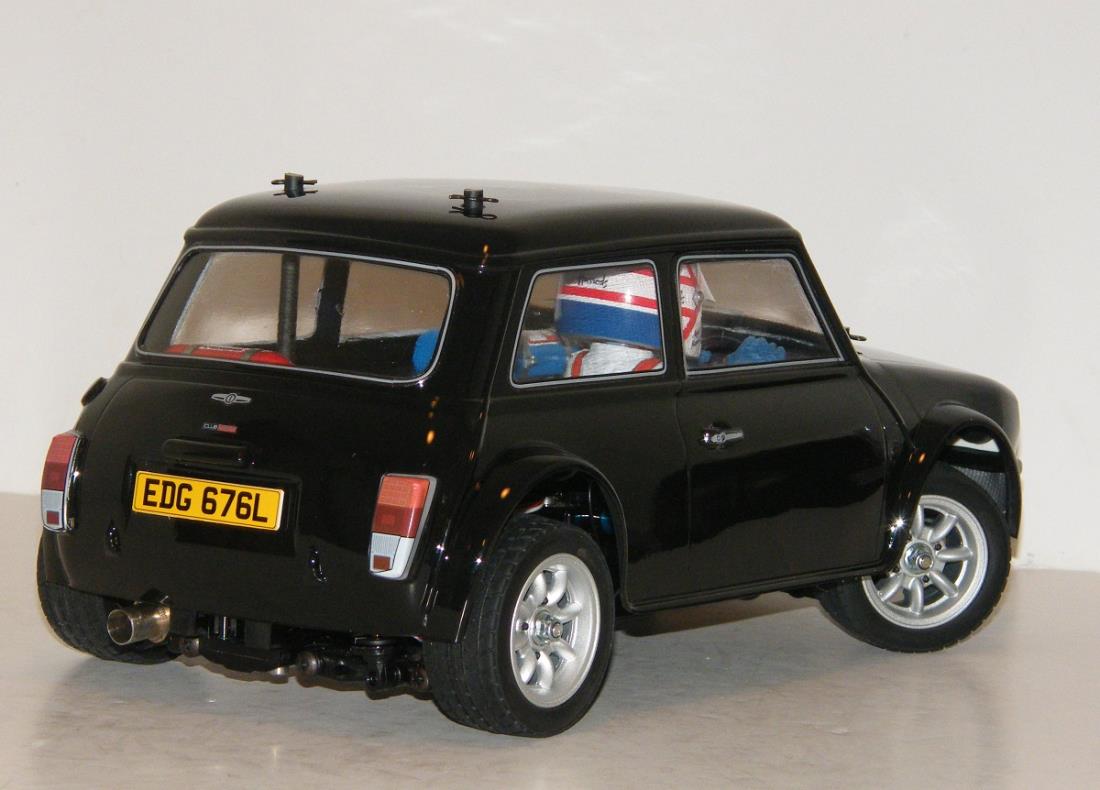 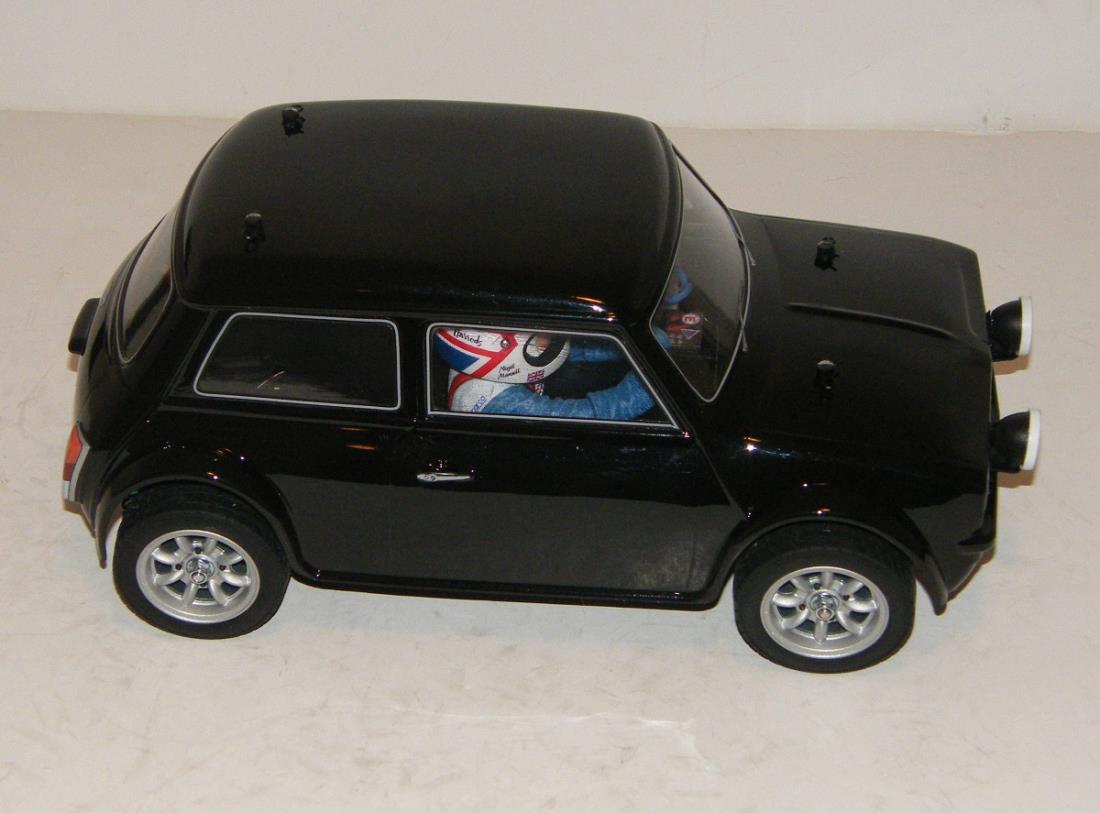 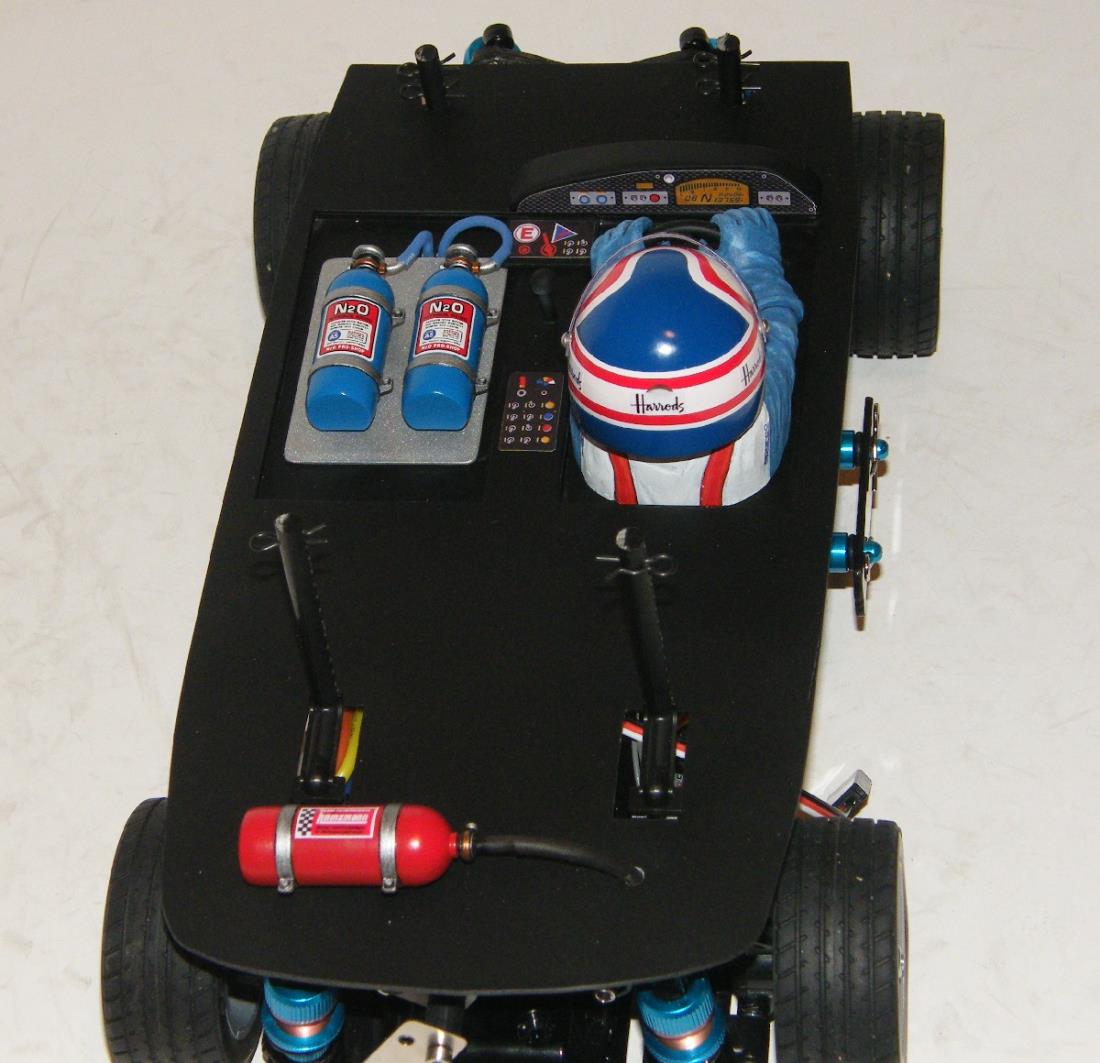 If you liked those pictures, you should see these...
Little Jager

That looks great! Love the little exhaust. I bet your James Hunt Willy is already trying to take over from Our Nige!

Thats one Mega Mini. Its always nice when the planets line up in you favour to achieve.

that is a very good build, nicely detailed!

Love it, very cool. Just hope it does not leave oil patches like 1:1 minis !

Nice - classy - I love it! I remember you could get Scalextric 1275GTs - a red one and a yellow one with chequered roofs... I can see that sort of paint scheme on one of these too!

Lovely build that, looks like it was meant to be.

Thank you all for the nice comments

Just to answer a couple of points - yeah it's great when things just fall into place, just wish it happened more often!
No James Hunt Willy hasn't made a grab for it yet, I think he's happy with his Honda for now. And no, this one hasn't started marking its territory (yet!!).
I remember those Scalextric Minis! I had one for a while, great fun bombing round the track but they fell over a lot. Hope this one doesn't do the same thing!!

Great work mate, Willy looks right at home in there

What a good idea to use willy as a driver. Love it. Also like the Hellas.

Looks great! If there’s room, a roll cage would be neat. What spotlights are you using on the front bumper?

I'm still at the 'thinking about it' stage for a roll cage - so it might happen...
the spotlights are these - [Click here]

Brilliant! Love the 1275 Mini.
I would like to have a little less ground clearance, but apart from that it's just fab!

Really nice, I’ve just built a Carten M210 with that body shell. Love the Clubman. 1275gt is my favourite Mini.