Now that I consider the majority of my existing models finished, in an effort to provide some sort of consistency in my showroom, I thought I would re-photograph them and consolidate each entry with essentially a specification sheet together with a brief summary of the modified and custom-built elements.

In most cases there are further details in the Extra Info entries section of my showroom as each model has typically evolved over the years, together with dedicated build threads in the respective section/s of the TamiyaClub Forum.

custom features: Having built a series of shortened 'stumpy' vehicles using classic Tamiya shells extensively modified to fit the ultra-short wheelbase of the WR-02 chassis, this 1:14th scale Tamiya Truck body is actually the only one that didn't need cutting and shutting to fit - although it still required some significant styrene work around the flanks to create the side panels, rear wheel-aches and valance.

The concept behind this build was to create an 'off-road' camper for Willy - something akin to the Unimog overland exploration vehicles you see in the real world - typically with a short stumpy nose and boxy rear body. Fortunately the Ford AeroMax shell essentially offered an all-in-one solution, although I've painted it to represent the front half of an ex-Dakar race truck, and the rear being more of a Military radio-van - as a nod to the original Wild Willy [Military Jeep] theme of course.

The original wings/headlight buckets were modified to fit around the huge monster-truck tyres, and alternative headlights mounted above the wings, together with four more ProLine lamps in the frame on the roof.

At the rear, I added another six lights - four round brake/tail lamps, and a pair of high level fog/dust lights which are typically fitted to a real desert racing vehicle. To tie in further with the Wild Willy lineage, I grafted on the spare wheel and carrier from a WW2 shell; and on the rear valance below, mounted a pair of scale sand-ladders on body-pins and R-clips for quick-release.

The 2011 Dakar decals were custom scaled for me by Screen Print Digital in the UK, and the numbers changed from the 3XX VW Touareg car numbers to 5XX as is befitting the truck category in the Dakar Rally.

While I had already experimented with the salt-technique for weathering bodywork, this particular paint-job took that one stage further - together with some Blue Peter style fabrication for the access ladder (using bent coat-hanger wire); while most recently the original plastic checker-plate roof panel and coat-hanger roof-rails, have been replaced with aluminium diamond-plate and more substantial (commercially available) rails - to secure the multitude of junk and Jerry-cans that Willy has chosen to lash up there with scale bungee cords.

This was also the first model I built with an animated driver - Racer Willy (who's original helmet has been modified with a Knight Customs Moto-Willy peak) has a micro servo between his shoulders, and looks left and right with the steering.

Summary: I've always loved the cartoon nature of the Wild Willy driver figure and his associated wheelie vehicles, and felt that I could combine my passion for scale detailing (and big-rig style trucks in general), with the fun driving experience that the WR-02 chassis provides - and this build doesn't disappoint! Indeed, the size and weight of the body means that once it's up on it's rear wheels, it tends to stay there indefinitely (as the photos towards the end illustrate), as it is almost perfectly balanced in that regard. Huge fun! JM 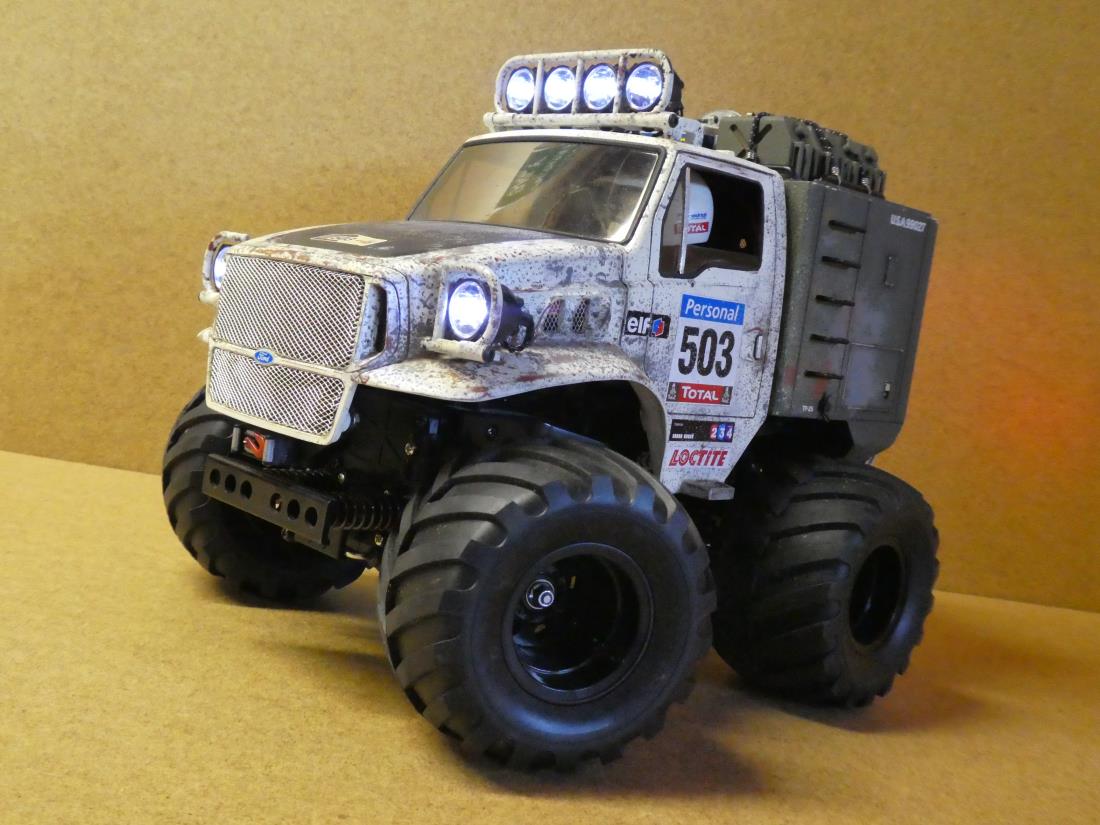 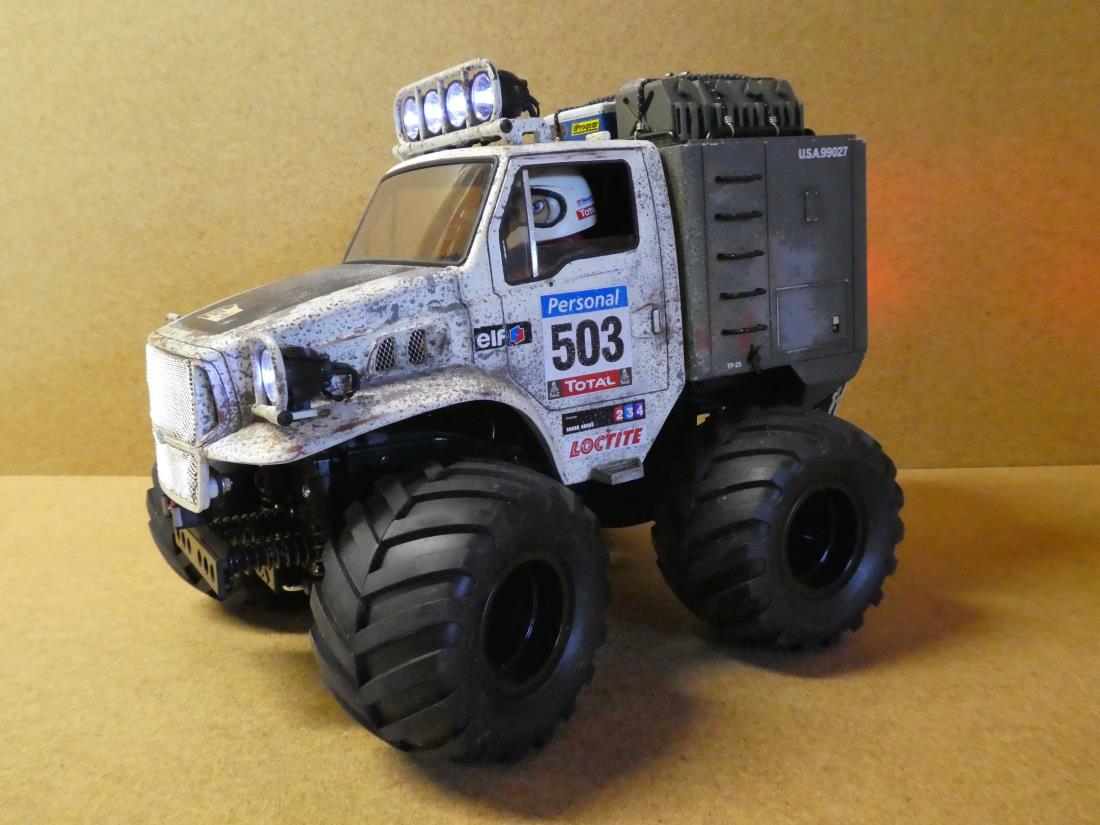 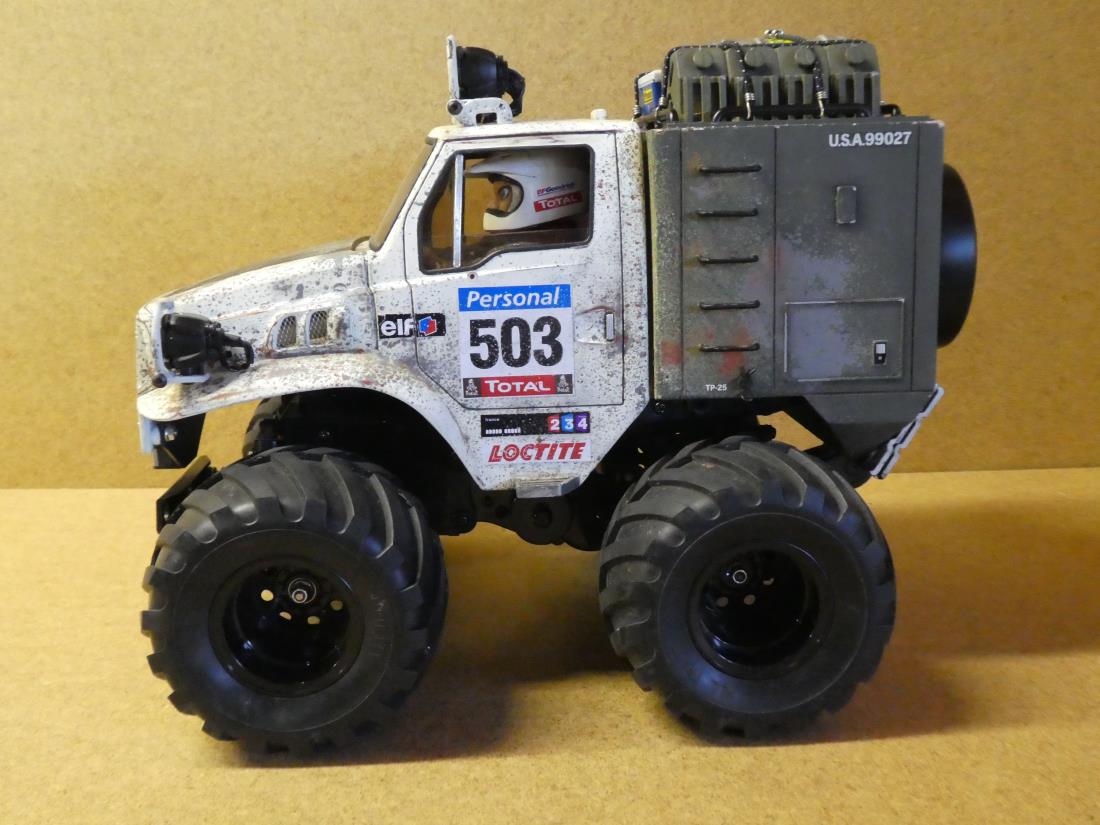 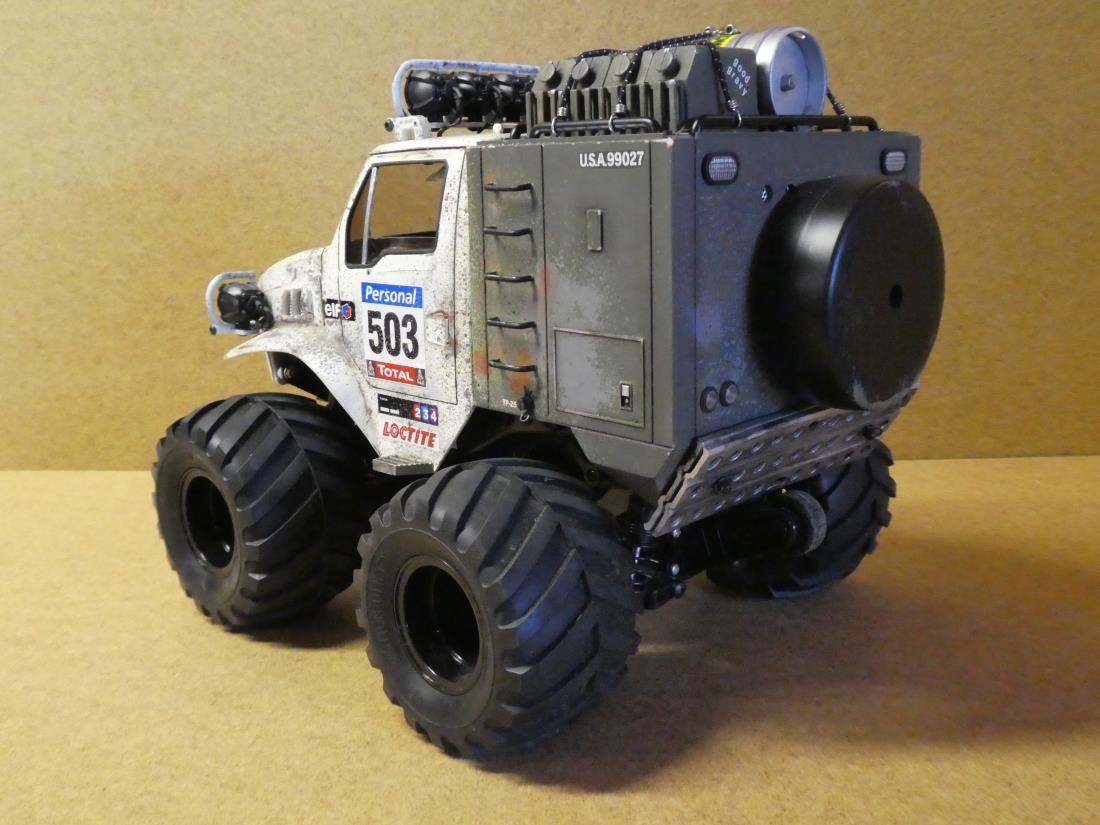 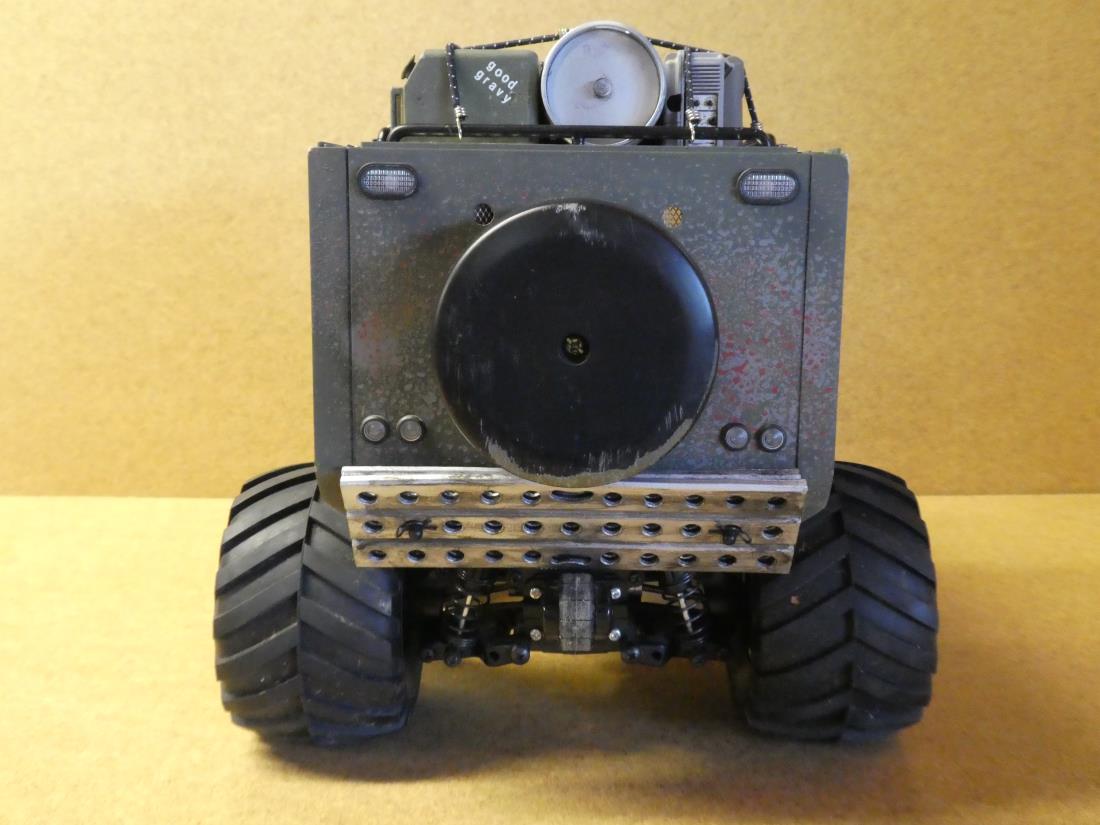 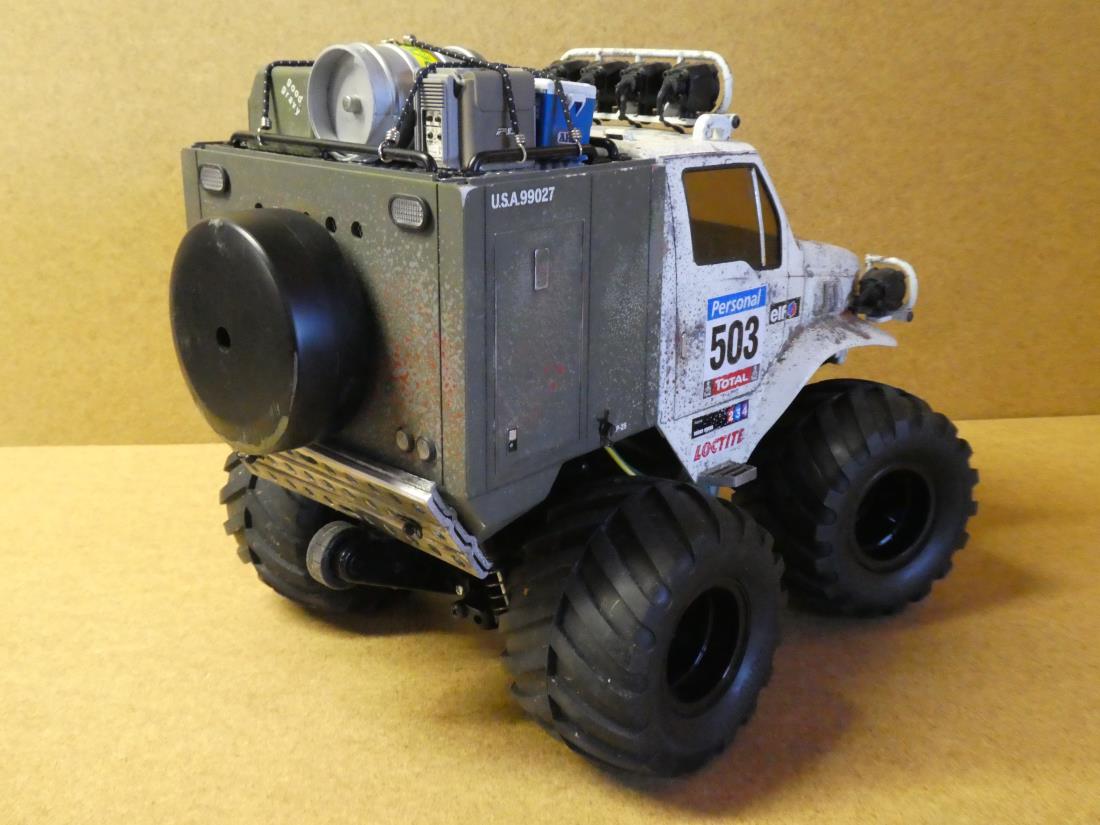 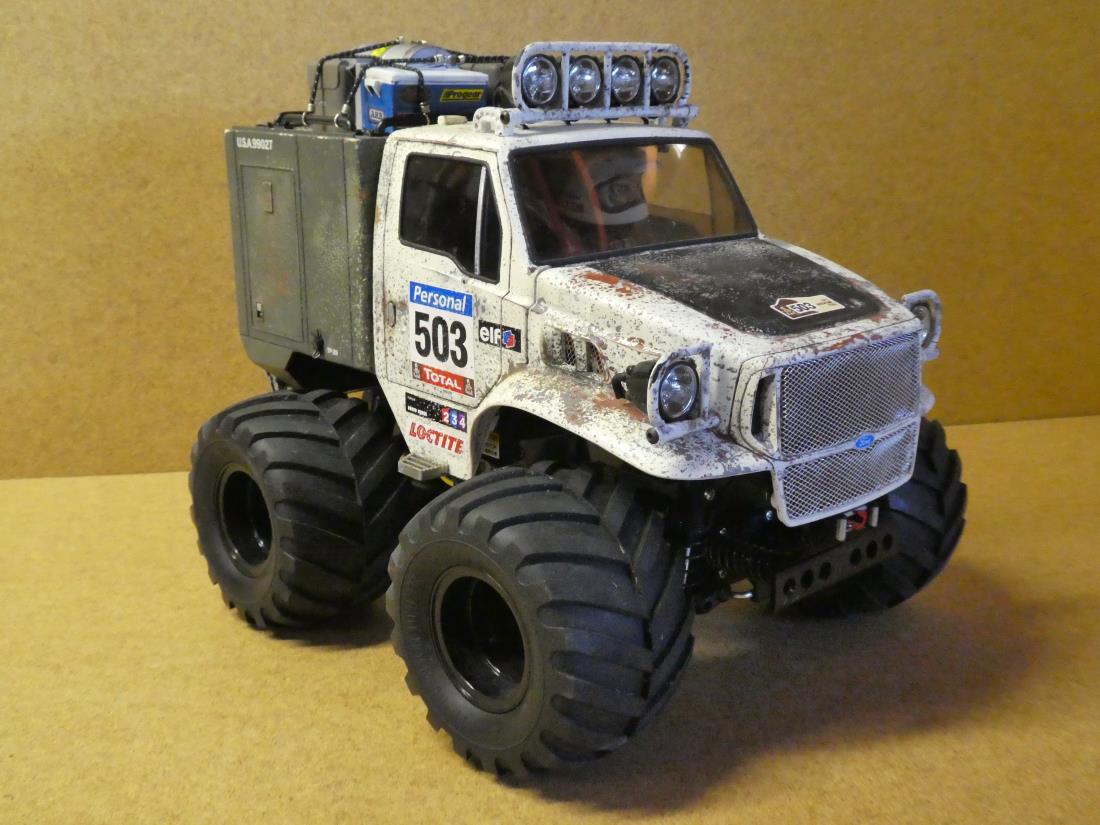 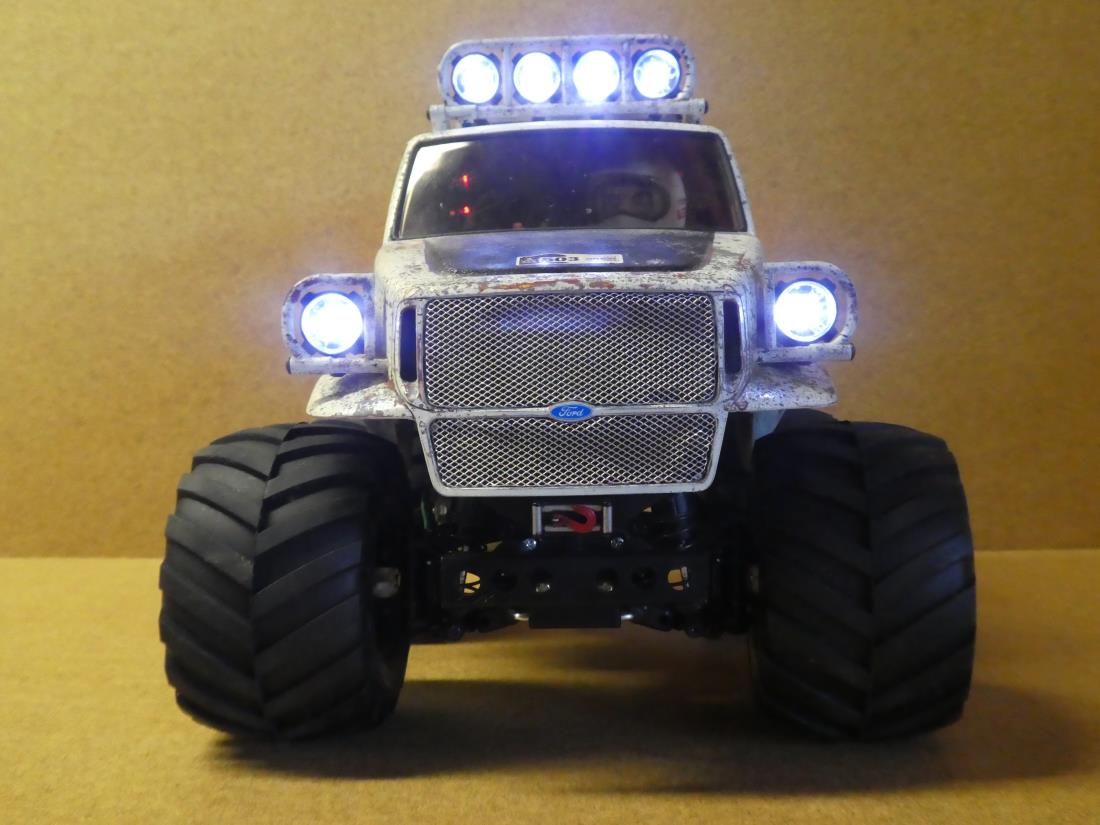 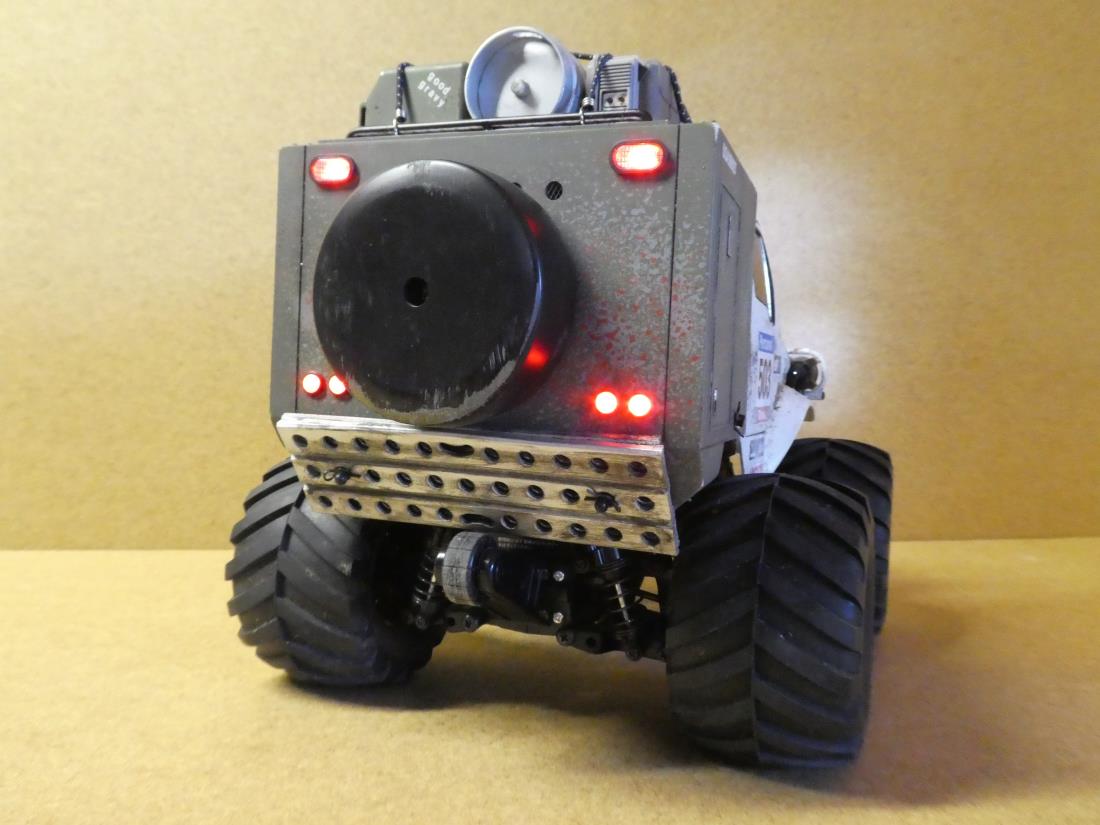 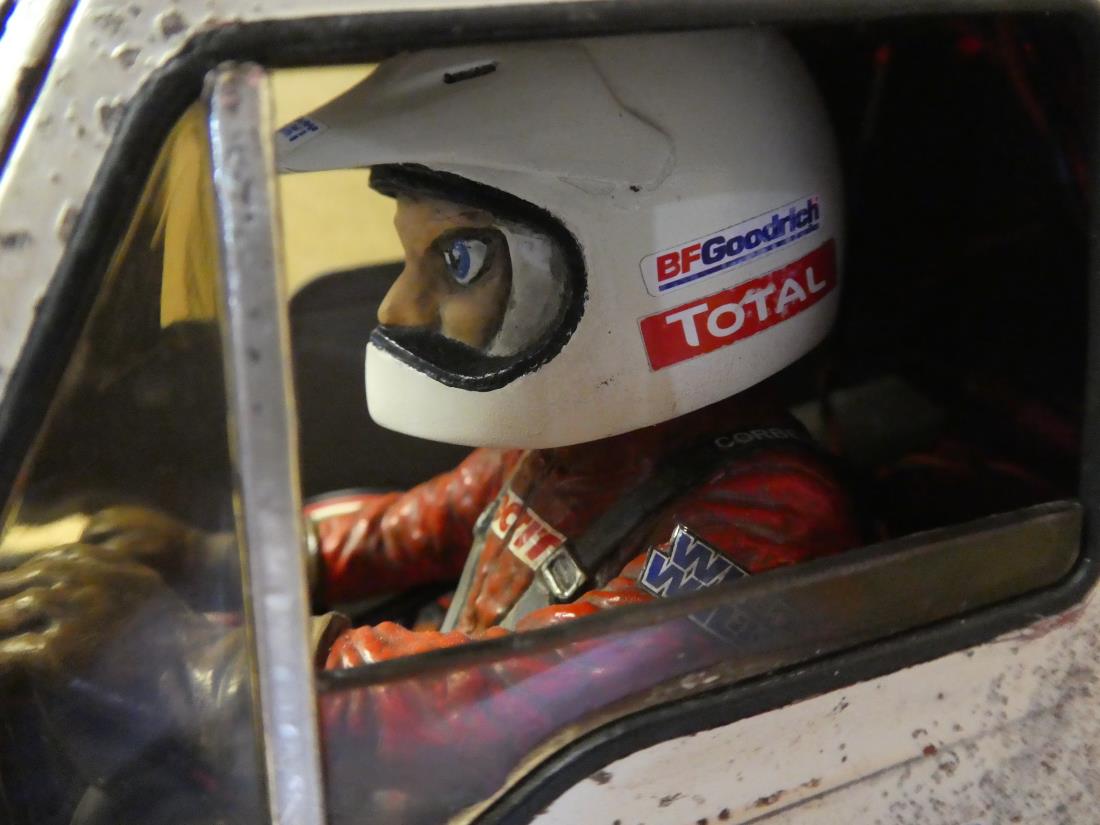 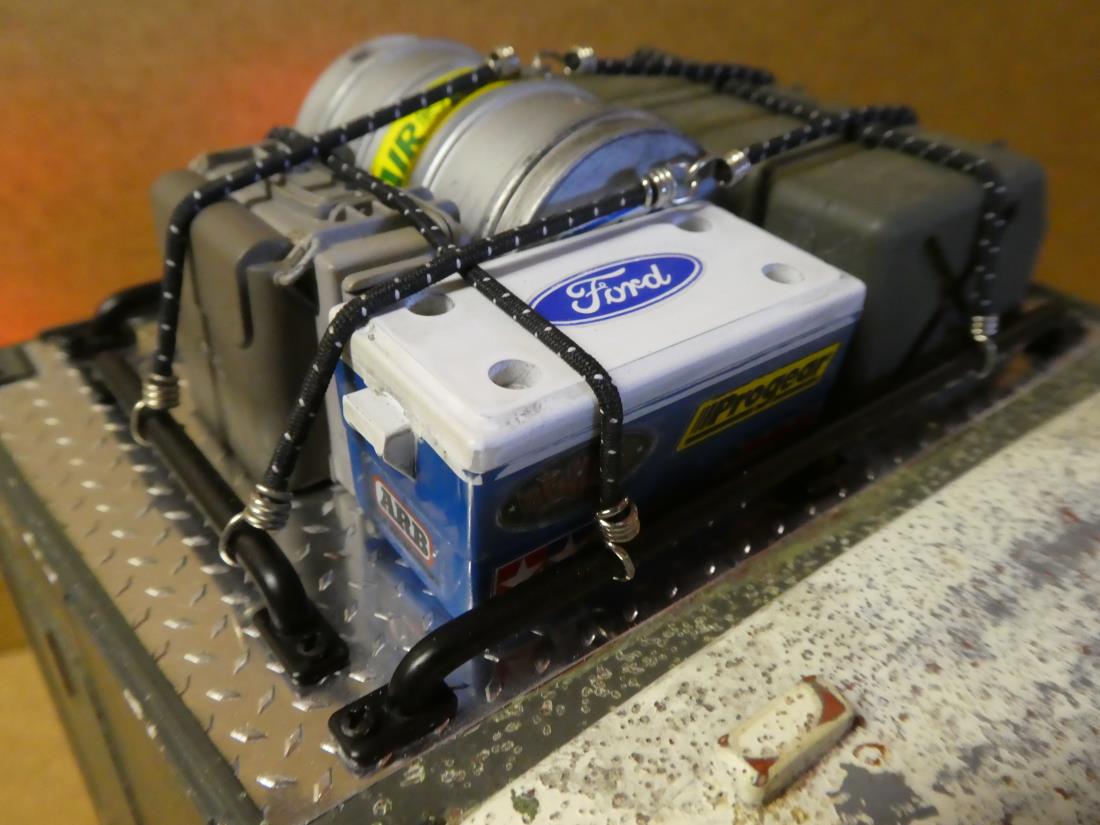 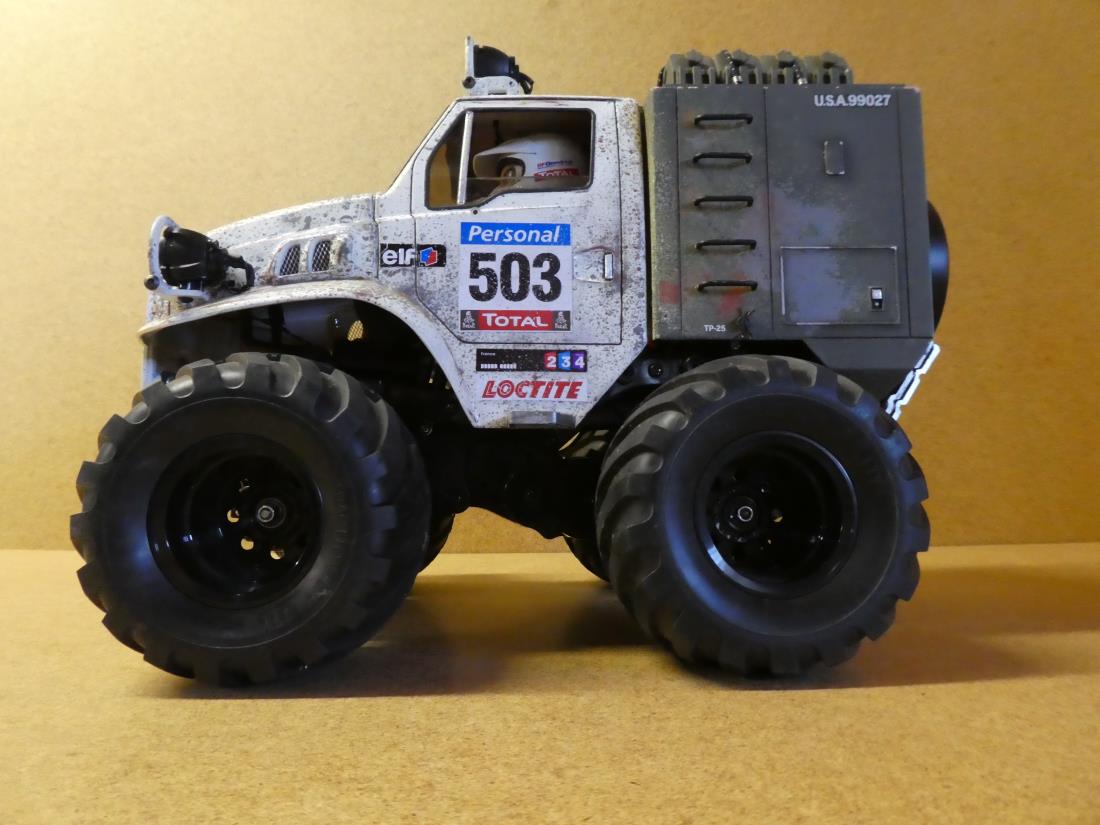 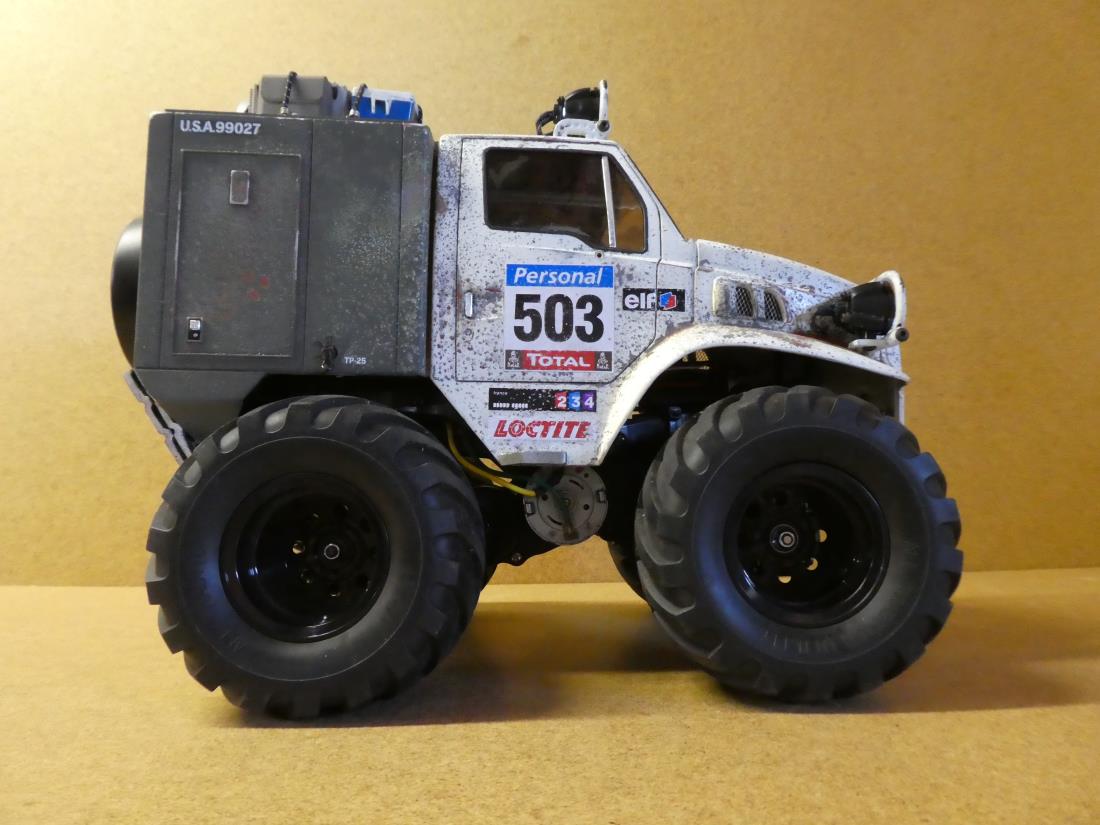 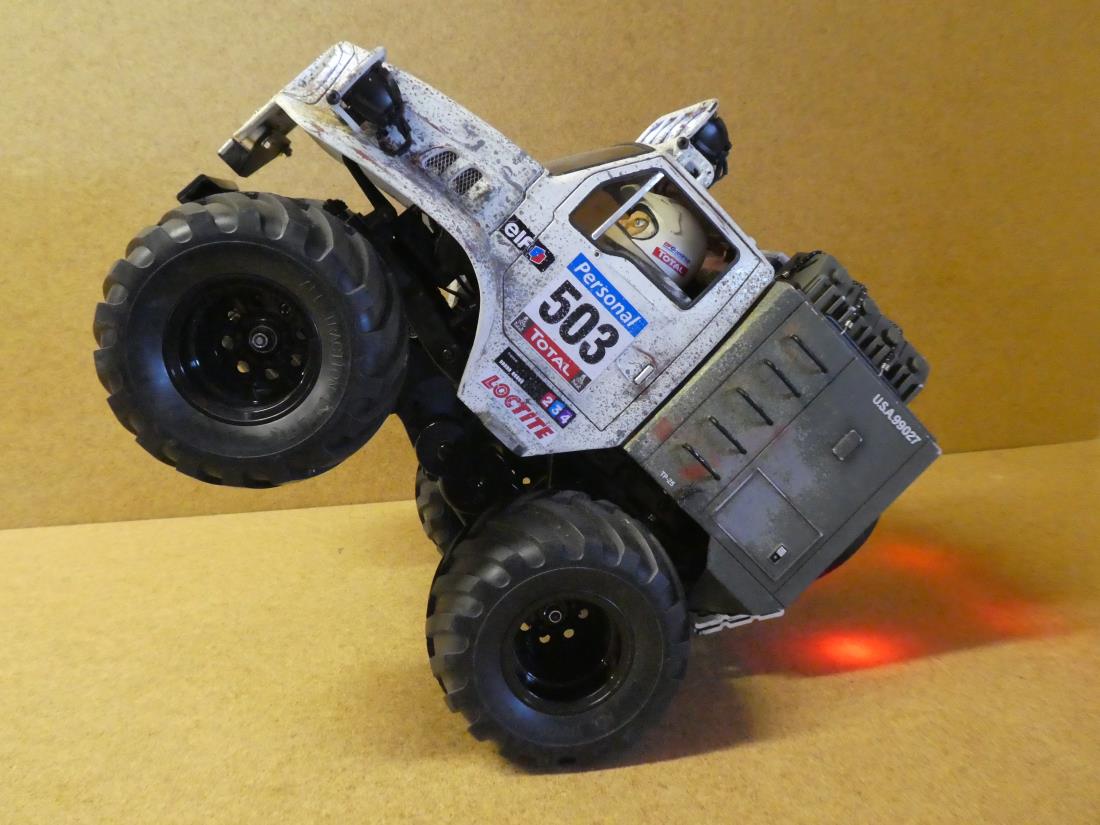 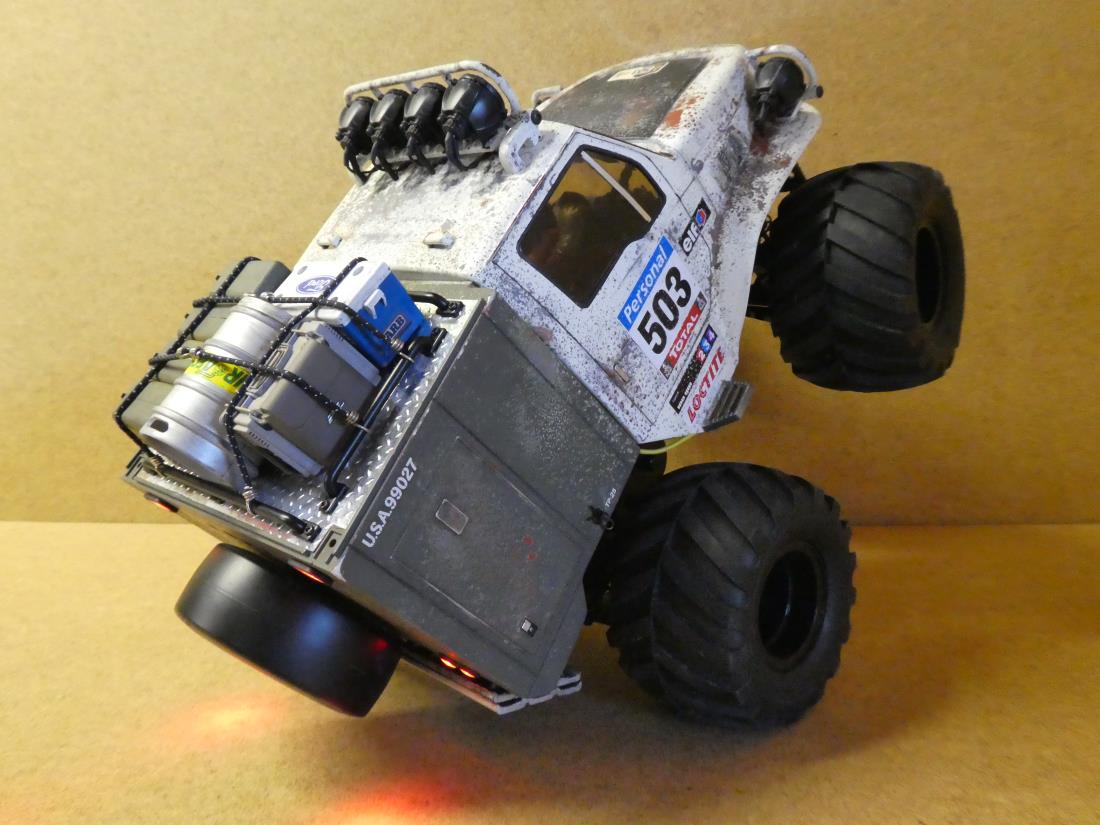 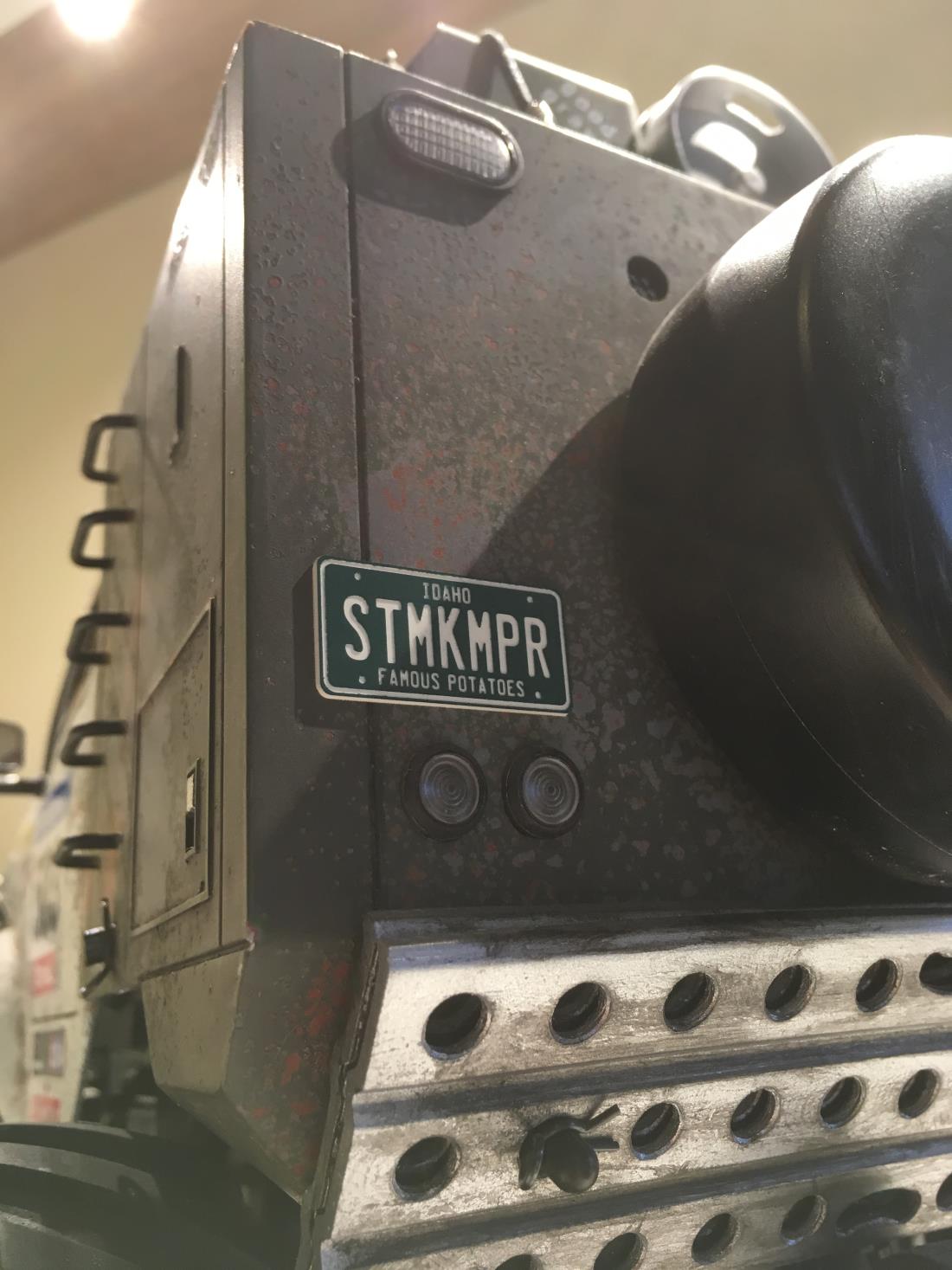 If you liked those pictures, you should see these...
Willy^s STUMPkamper - part 1 - a Wheeler on steroids!

Always one of my favourites, it's great combination and beautifully executed. Extra awesome sauce on this one!

Good gravy, that's good ?? Happy to see the Stumpkamper again with this update!