I AM THE PROUD OWNER OF THIS MINT 1981 NIB TOYOTA 4X4 PICK UP. MANY THANKS TO A FELLOW TC MEMBER WHO SOLD ME THIS SUPER KIT WITH SUPER STRONG BOX ART COLOURS NO FADING & NO BROKEN BLISTERS EITHER WHICH CAN BE COMMON ON THESE BIG HEAVY KITS. HAVING BEEN LUCKY ENOUGH TO OWN SEVERAL OF THESE NIB OVER THE YEARS THIS IS WITHOUT DOUBT THE BEST I HAVE SEEN!


The first of the nick named '3 speeds'. What an amazing radio controlled model for its time! Everything about this truck is 'Realism'. Even down to hiding away all the radio in the mechanism box tucked away under the rear body section.

I've been led to believe the chassis was actually modelled around the real HIlux chassis. With it's alloy rails from front to back, Leaf springs, Proper realistic alloy axle casings & adjustable front hubs for free wheeling when in 2WD. Sand Scorcher dampers came as an optional extra, Not with the kit. A transistorised speed controller was added for better control. The 3 speed gearbox is just the work of a genius. if you have never seen inside one, You won't believe the complexity. Around 40 separate parts!

The two piece body is just detail heaven! Especially that front cab with it's interior, Driver, Headlights & indicators. Only items it could have done with were window wipers. The rear bed section is also detailed, But only with a single plastic rear light section. This body is another box art must! Red, And those yellow/orange stripes just look right!

All in all this is one of the most collectable Tamiya's ever made. It's complexity, Running abilities & sheer good looks makes it VERY desirable for anyone, Not just the collector. That's why prices of anything to do with 3 speeds are high into the thousands now! 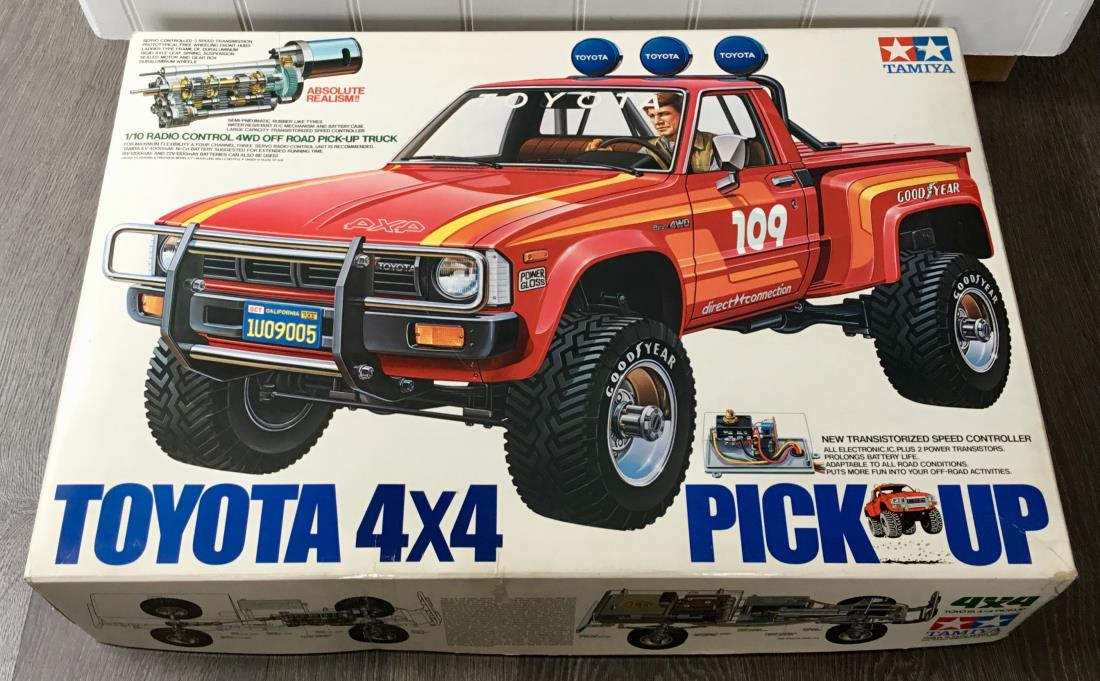 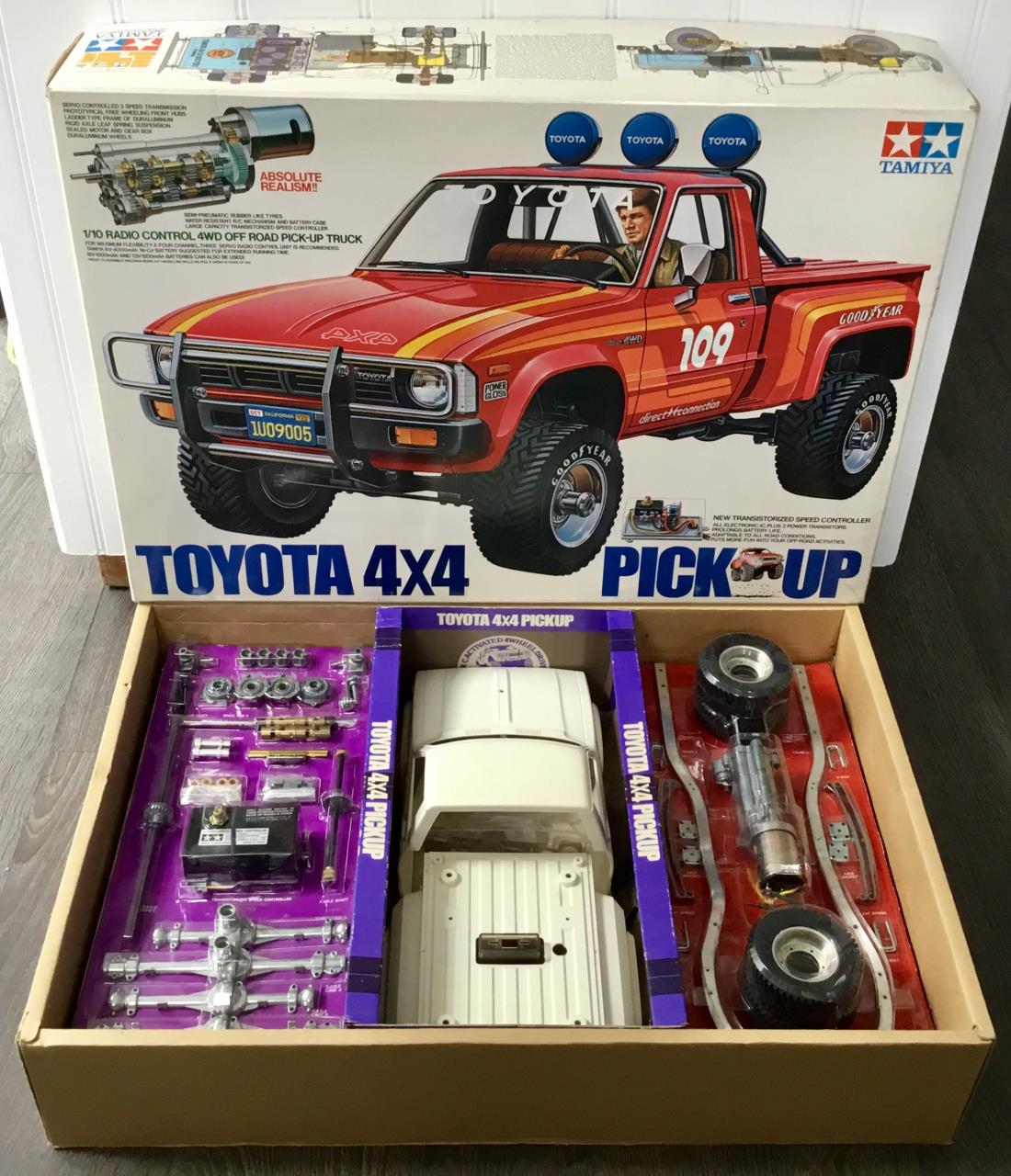 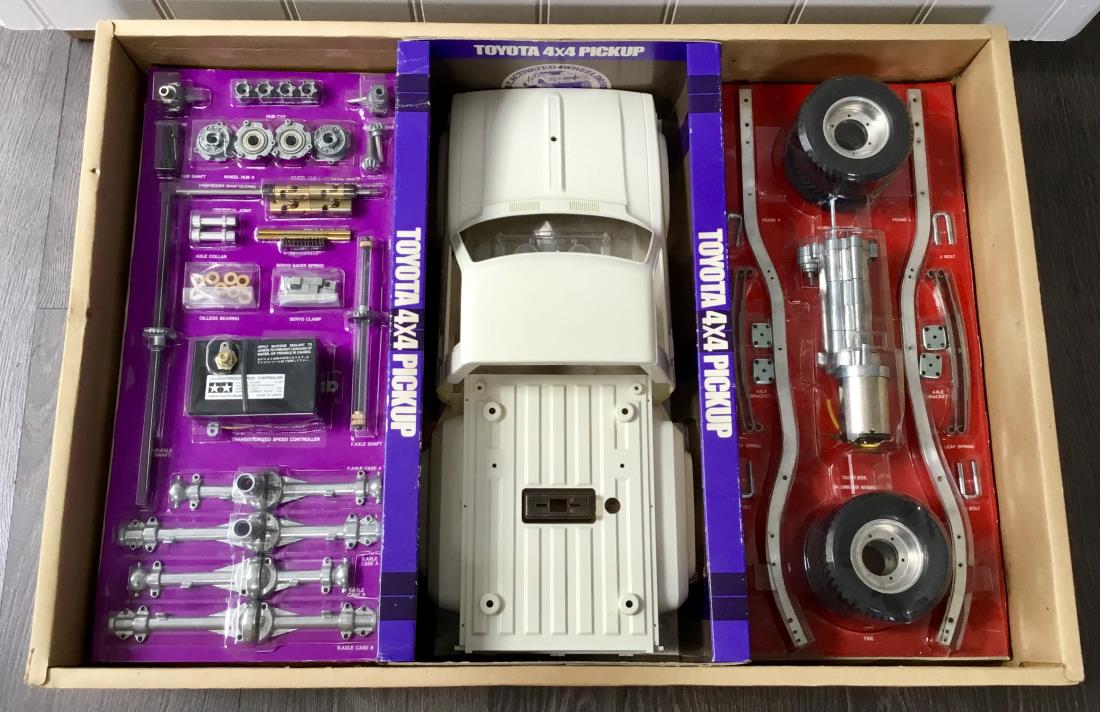 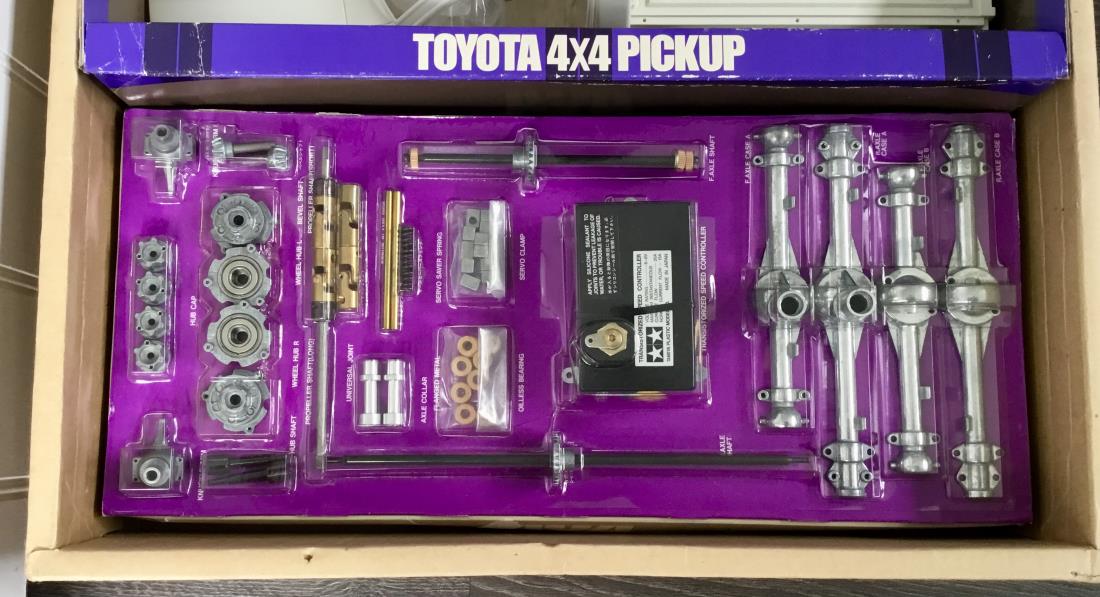 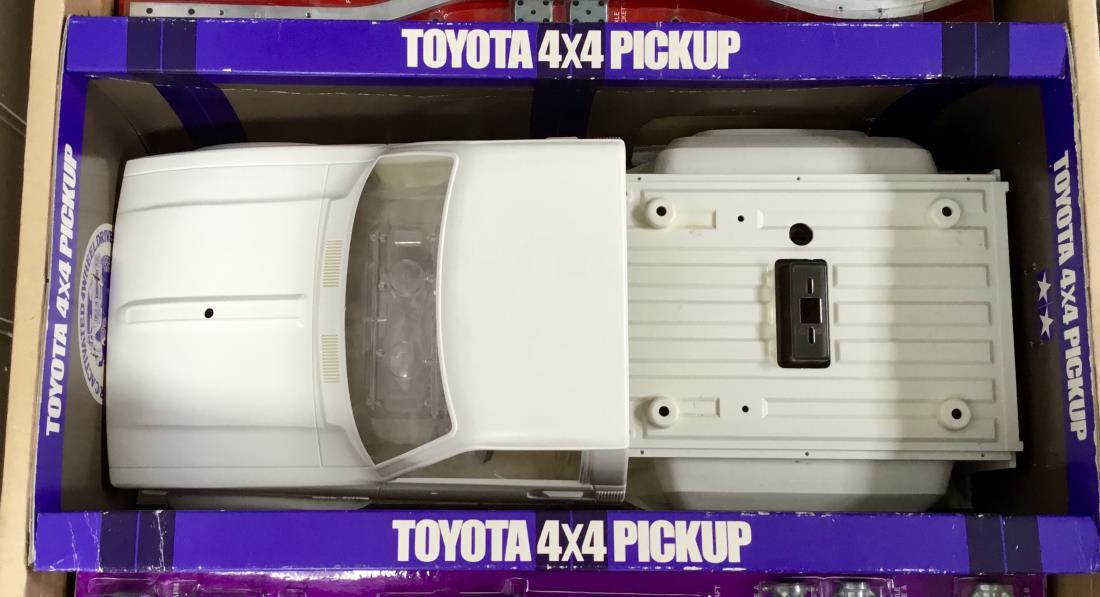 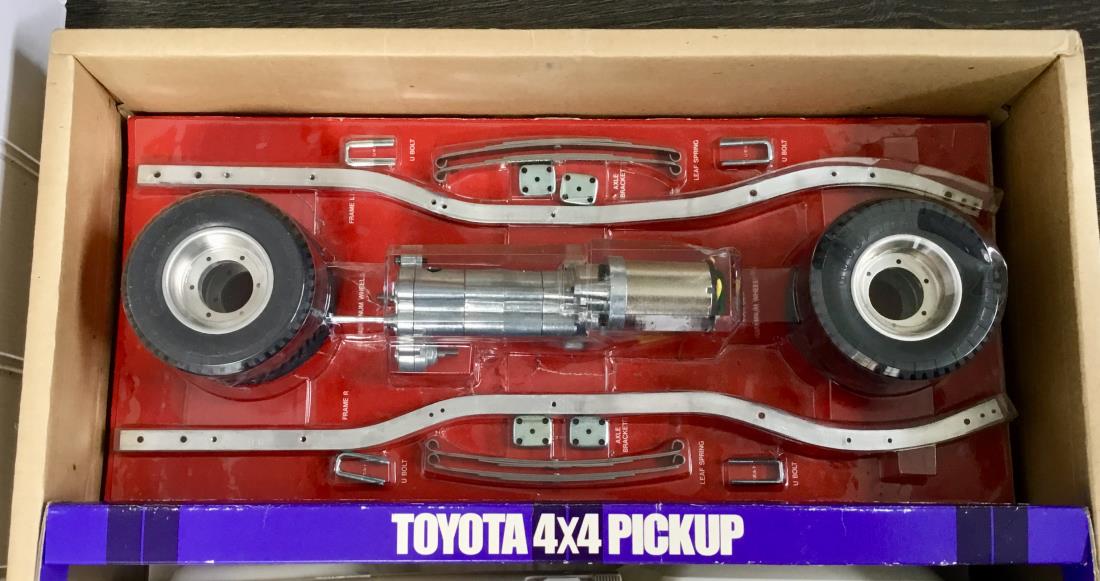 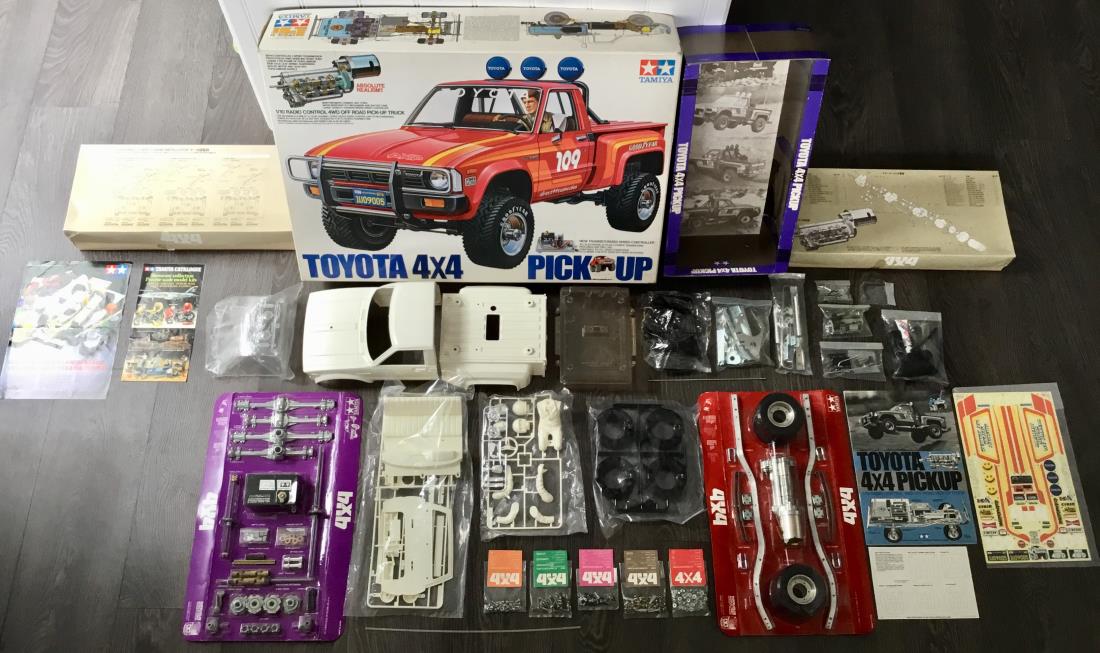 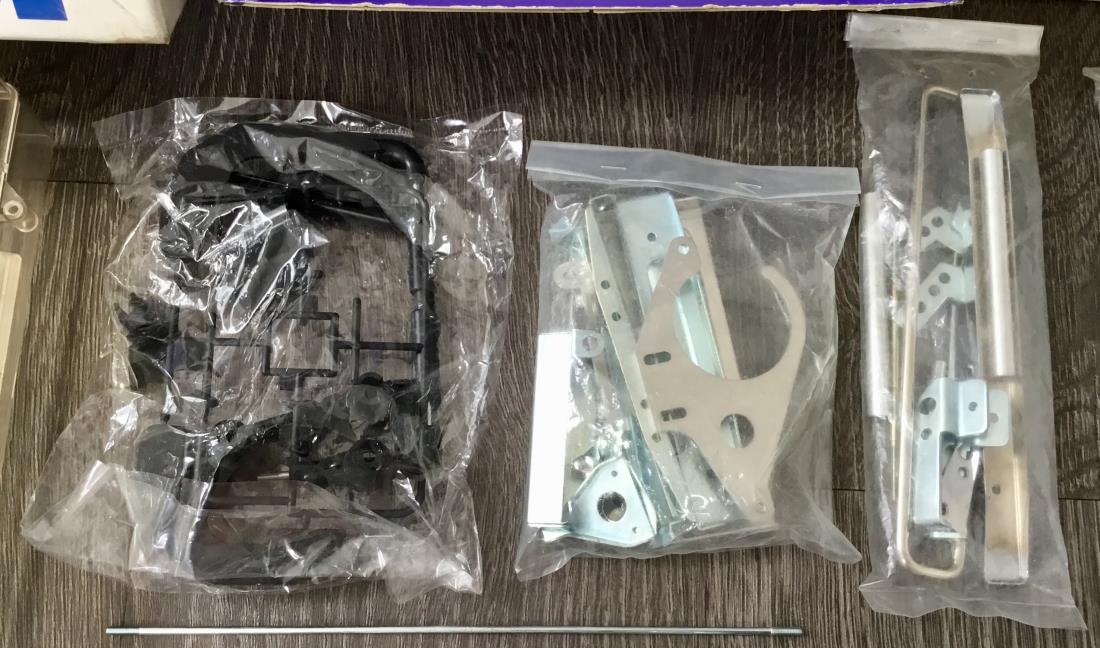 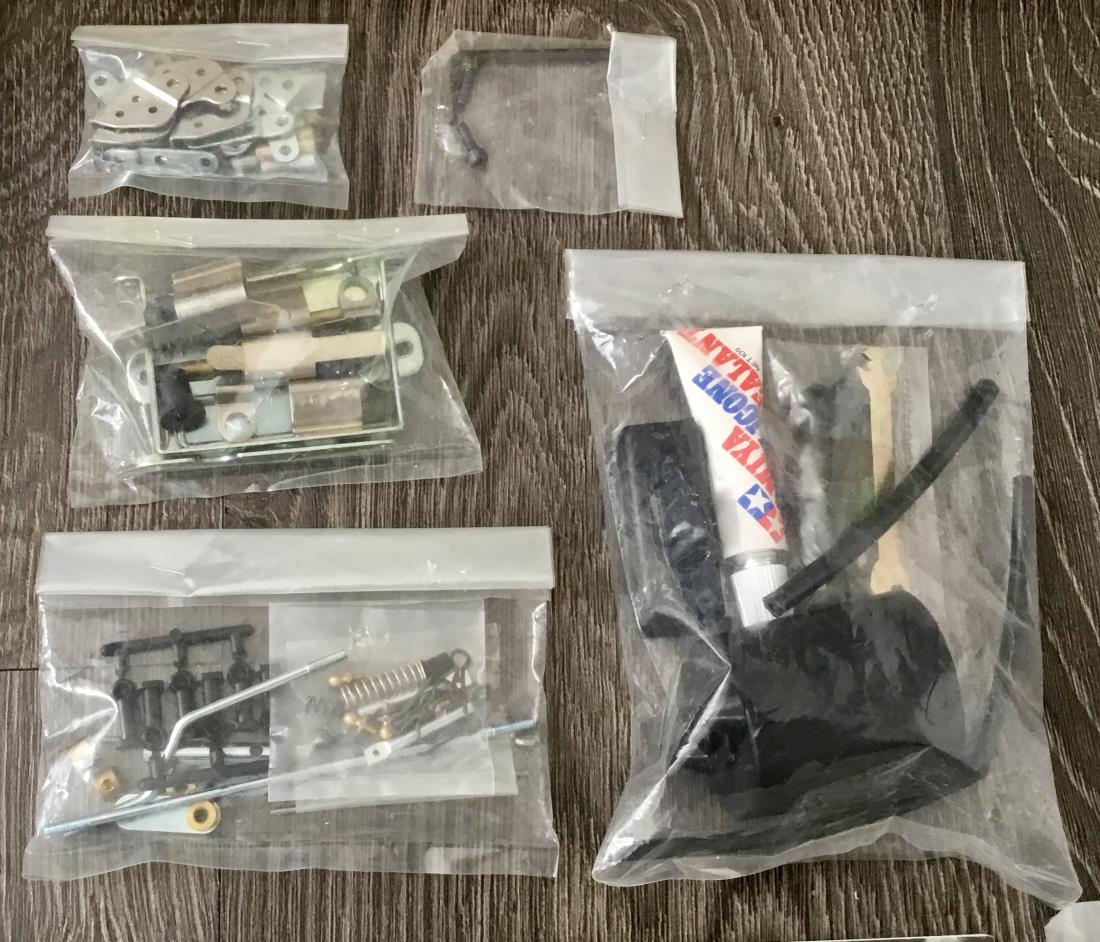 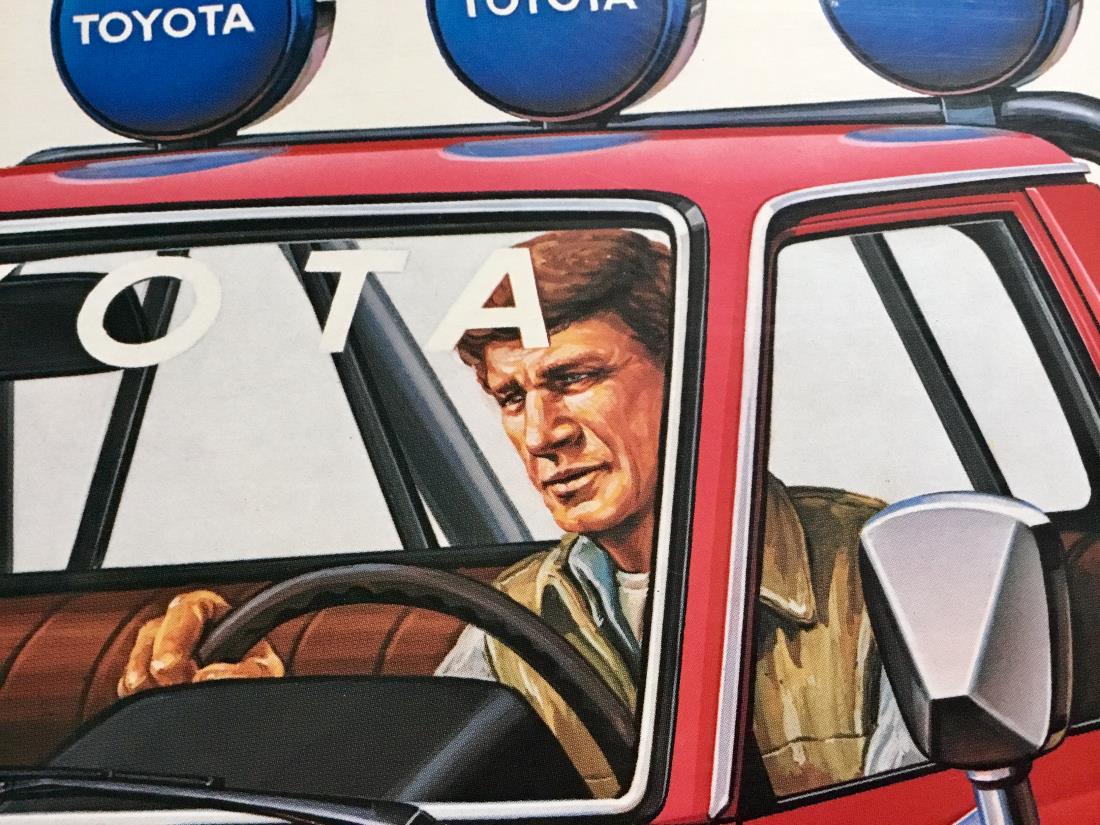 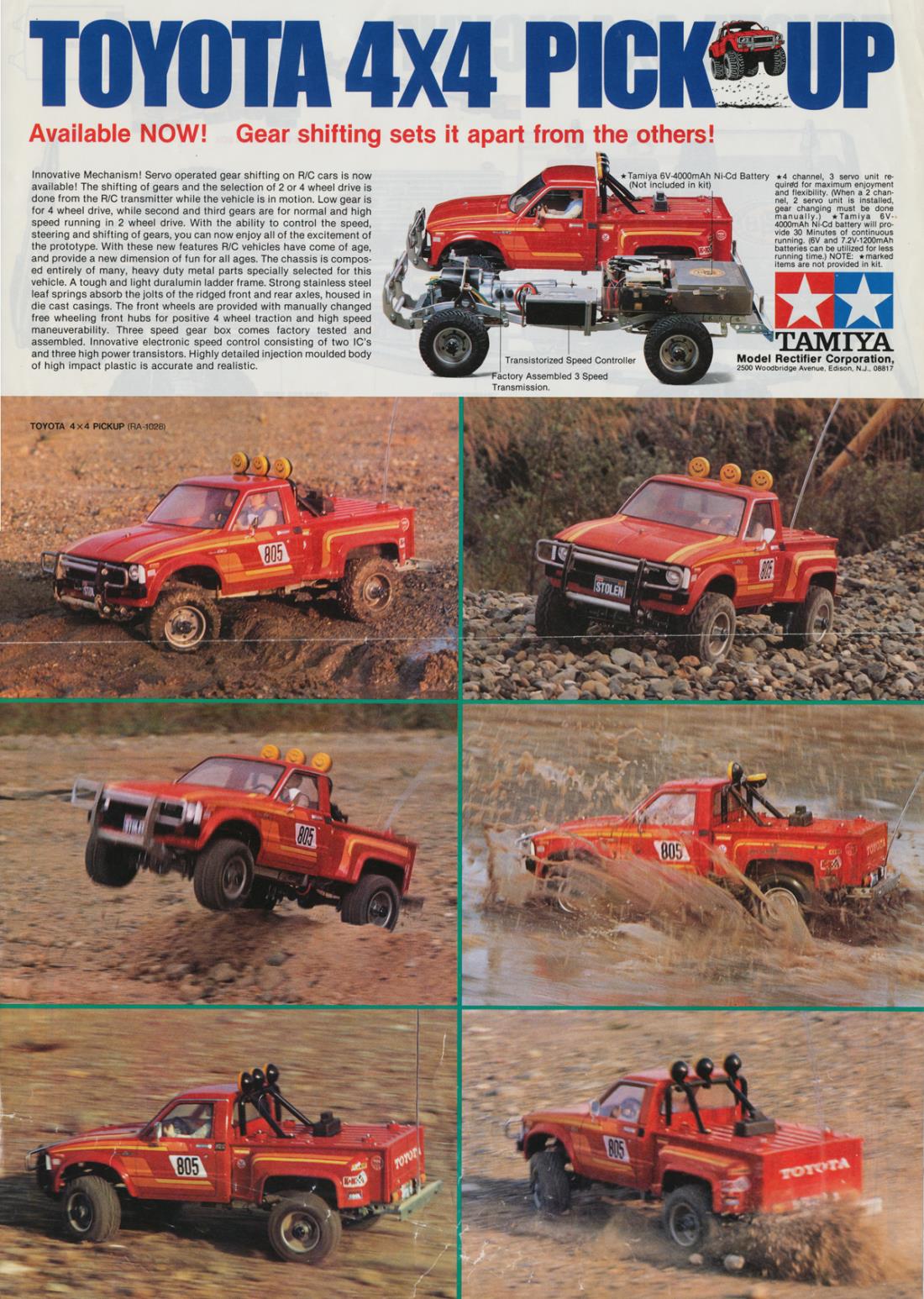 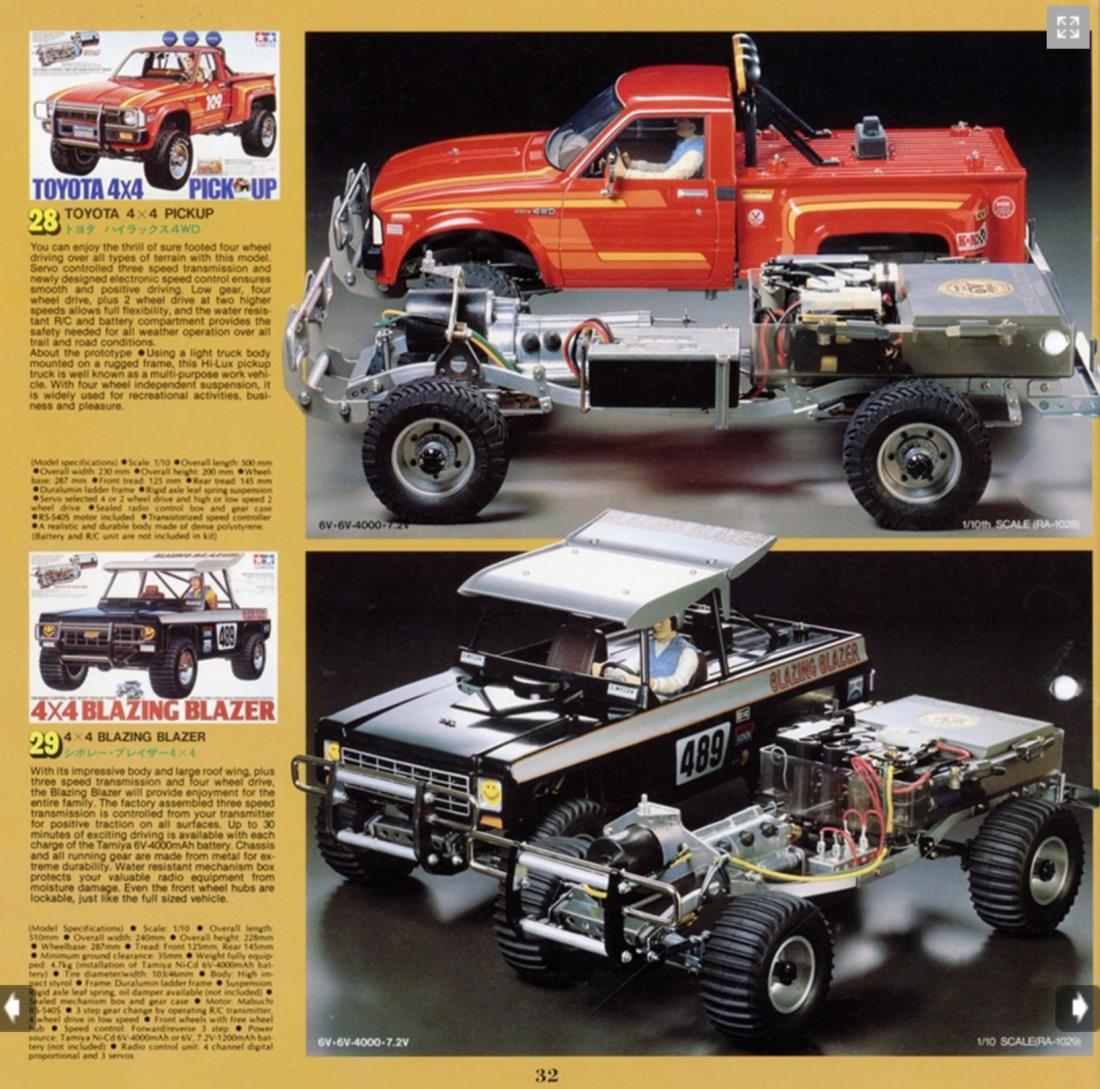 Finally you found one! Congratulations! Happy for you. I guess you mean with the three most collectable the Porsche 934, the Hilux and the Blazer? Great to own all three, or not?
What is next on your list?

Hi Chris yes I finally found another, the 4th NIB I have owned but this one is a keeper!

Wow, that has got to be the greatest set of photos of the Box and innards on the Hilux I've seen in quite some time. I am attempting after 7 years, to put my on the road, so wish me luck in getting it done, finding a part here and there over the 7 years is what I've had to do to make it come true. Great photos again.

Thanks for all your comments!

Very sweet. When are you going to build it?