After completing the 58059 Porsche 959 I fancied doing its sister car the Celica Gr.B. I'd hoped that someone might ask me to do one for them and luckily I didn't have to wait long before John who I did the Taisan 911 for approached me.

As with the 959, this is an exact box art build - the only deviation being using modern PS and TS sprays rather than the old PC pots and brush/airbrush acrylics.

As John only needed a body he'd been eyeing up one on eBay, which was a bit steep. I found this one on eBay UK which was cheaper and already in the UK so no need to be sent over by John from the US. It was missing the nuts and bolts but they could be obtained.

It was slightly easier than the 959 to paint, but not much! The most time consuming part was masking for the black trim lines that go around the vents and the black trim around the rear lights which are recessed slightly and curved, making it hard to stick the tape without it lifting.

Toward the end of the build I finally got myself an airbrush, which I used for the black trims on the helmets and the silver mirror surface. It's ideal for jobs like these as the dual-action control makes it easy to avoid laying down too much paint and saturating the masking tape, as can easily happen with cans.

Just like the 959 the stickers were unresponsive to heat and also decidely un-sticky in places, so I had to use a tiny bit of superglue on a cocktail stick to get some edges to stay down. They also come up a little short so there are gaps in places. This could be easily fixed with some matching red vinyl, but in the spirit of originality John and I agreed not to 'cheat' and do that.

Again, I documented and photographed the entire process, you can see it here: https://www.tamiyaclub.com/forum/index.php?/topic/90624-58064-toyota-celica-grb-original-body-building-painting-project/

As I didn't have a chassis to use for the photos, I replicated the kind of shot seen in the Tamiya Guide Books, with the finished body laid out with a selection of different paint types, markers and brushes. 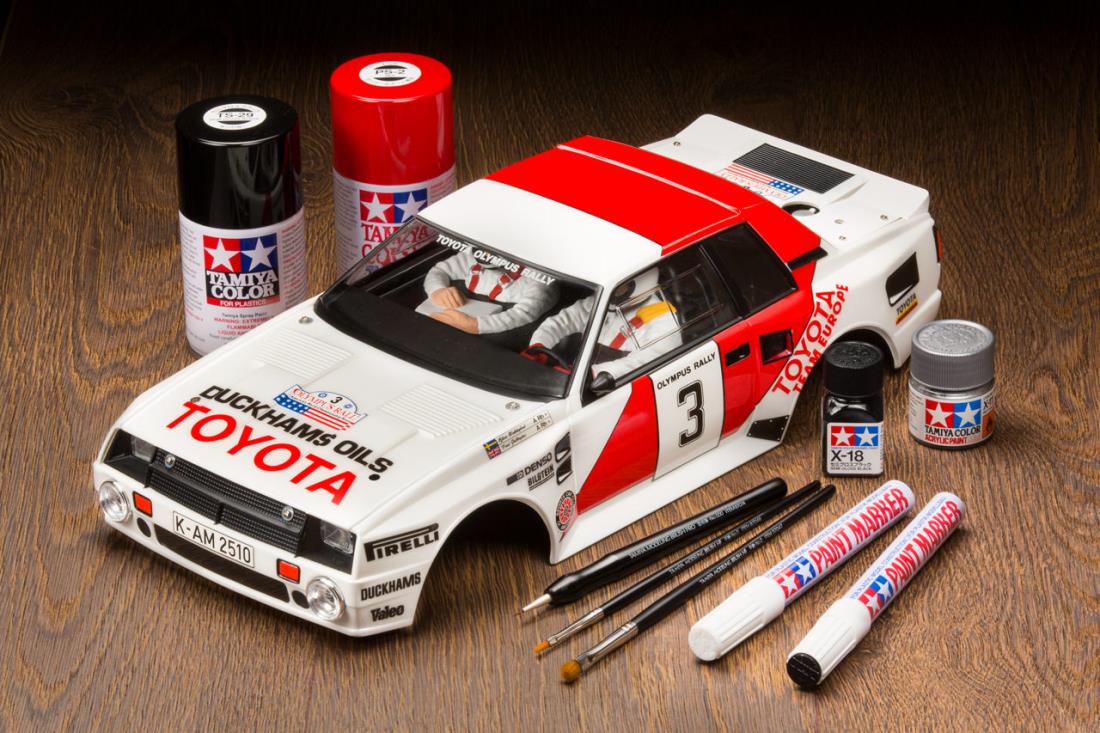 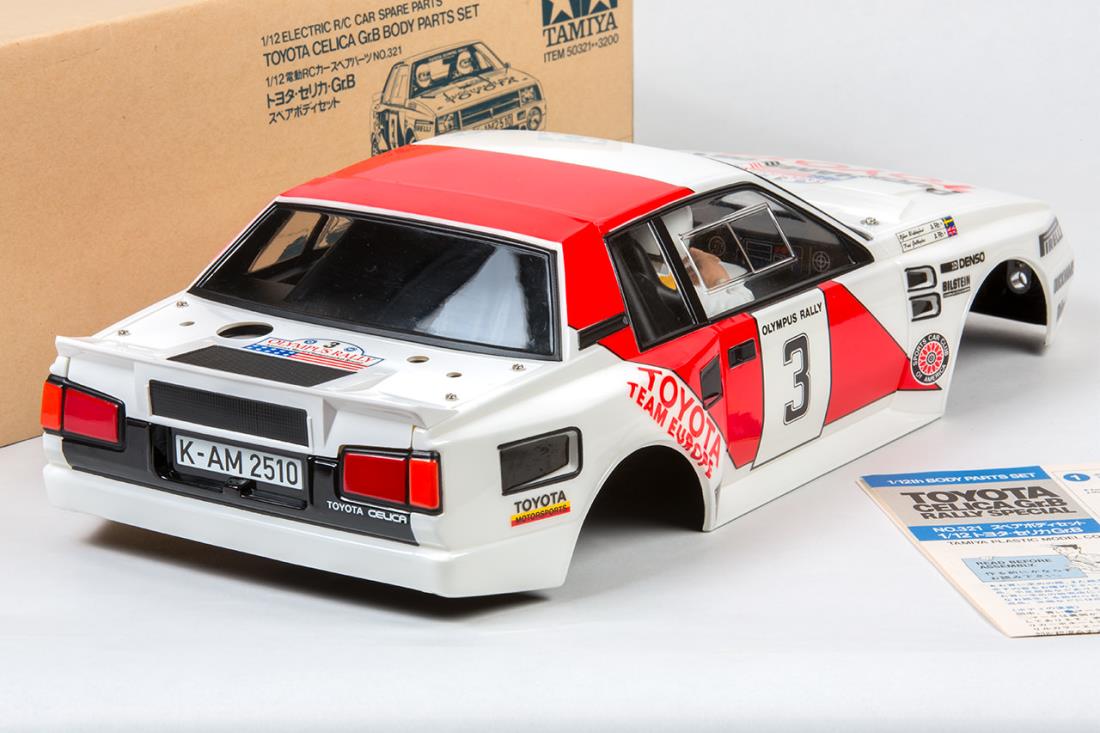 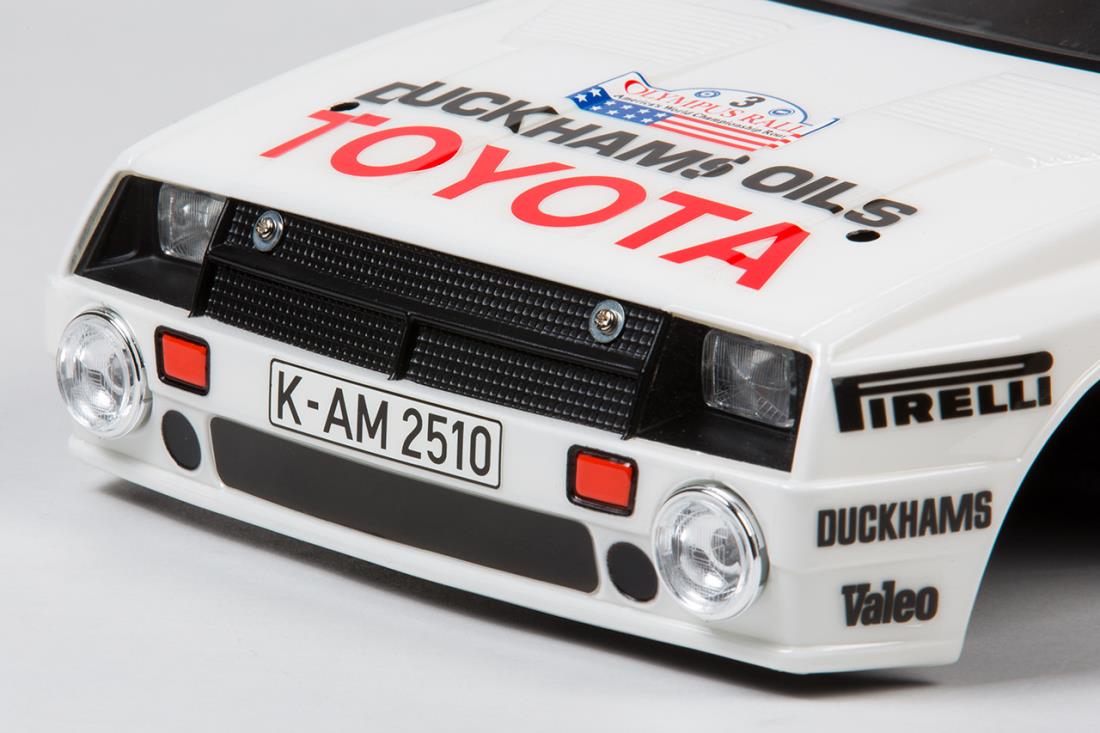 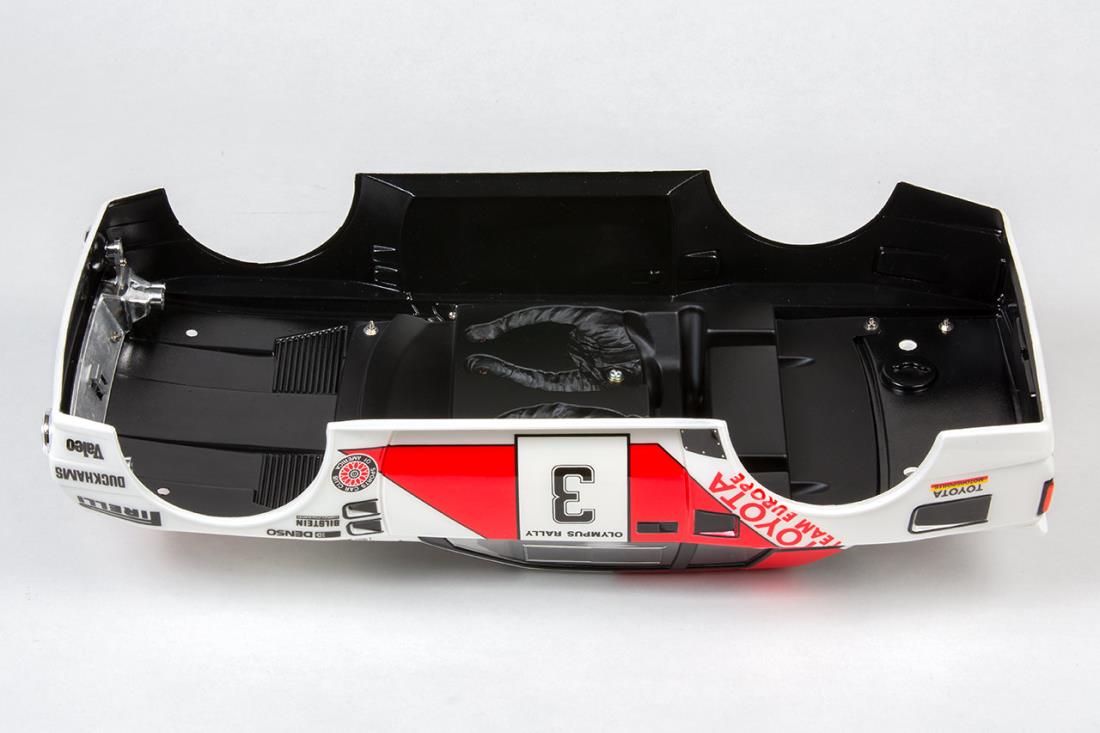 If you liked those pictures, you should see these...
A special model deserves special photos

Really nice job you did there! It looks marvelous.

You set the standard for which we all should be aiming, this is again proof of that. Awesome job, it’s a credit to you

An impossible high standard, love it !

Astonishing! A Marvelous body work and a set of photos with the old Tamiya catalogs taste.

Once again an amazing result, and this time on one of my absolute favourite cars. Really well done, wish I had you skills and patience on these bodies.

Wow stunning, Looks superb as always, eveytime I look at one of your models it reminds me how little patience I have for doing decals and touring cars lol!