A few years ago I purchased the re-released RC10 gold pan classic from Tower Hobbies for $225.00 USD with the intention of enjoying my first build and run of a gold pan/6-gear car and of a Team Associated vehicle. I'm by no means an RC10 fanatic but more of a casual admirer ever since I first saw them back in the 1980's. Fast forward 6-7 years to today and my rere classic remains NIB (because life happened and I never got around the building it) which ended up being fortunate because its NIB value has increased substantially to 3-4 times the original purchase price. At the time of its rerelease, there was a lot of online skepticism among enthusiasts as to whether AE was serious about it being a limited re-release item or just saying that to increase sales but apparently they meant it because they quickly sold out and became much more valuable. As a result, I knew that I'd never get myself to build it so the hunt was on for a used original runner. To my relative surprise, even used/abused, incomplete, non-original runners are fetching a fair amount on Ebay with the average being somewhere between $300-$500 USD. Not wanting to spend that much on ONE car since I'm only interested in one as a fun runner, I kept searching and eventually came to the conclusion that it would be more cost-effective in this situation to buy two incomplete beaters to make one good runner and sell off the other one to make some money back. Hence, both of these were purchased in Nov. 2019 from everybody's favorite auction site for a total of $320.00 USD. The first one pictured came from California for $135.00 USD and is missing a body, body post, original rims/tires and some of the original steering linkage. However, it's an 'A' stamp car (2nd generation - gold chassis) and, other then several decades of grit and grease, appears to be in good condition. The second one pictured came from Oregon for $185.00 USD negotiated down from $325.00 and is more original but still missing a body. Both came in un-tested condition with vintage ESCs. period-correct electronics and AE brushed motors (first one has a Reedy Force II). More to come once I begin to tear both down simultaneously for inspection, cleaning and rebuild. Thanks for looking and hope you enjoy. 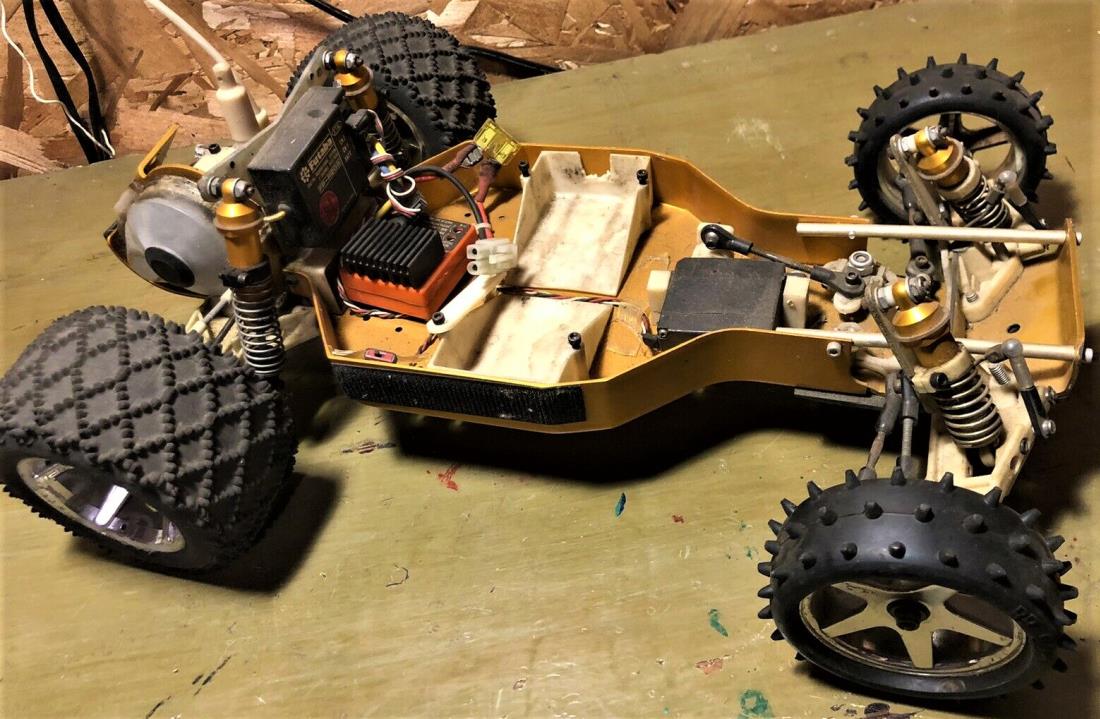 29 Ugly with those wheels but mostly all there. 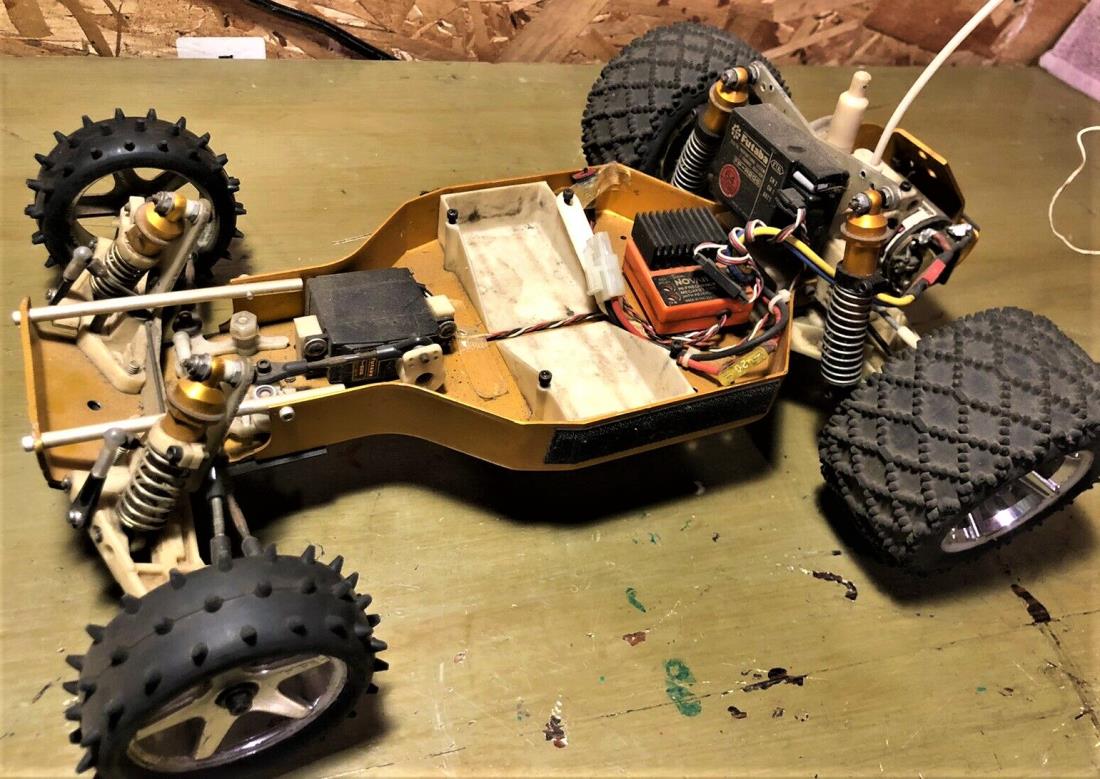 40 Pleasantly surprised it was an 'A' stamp car. 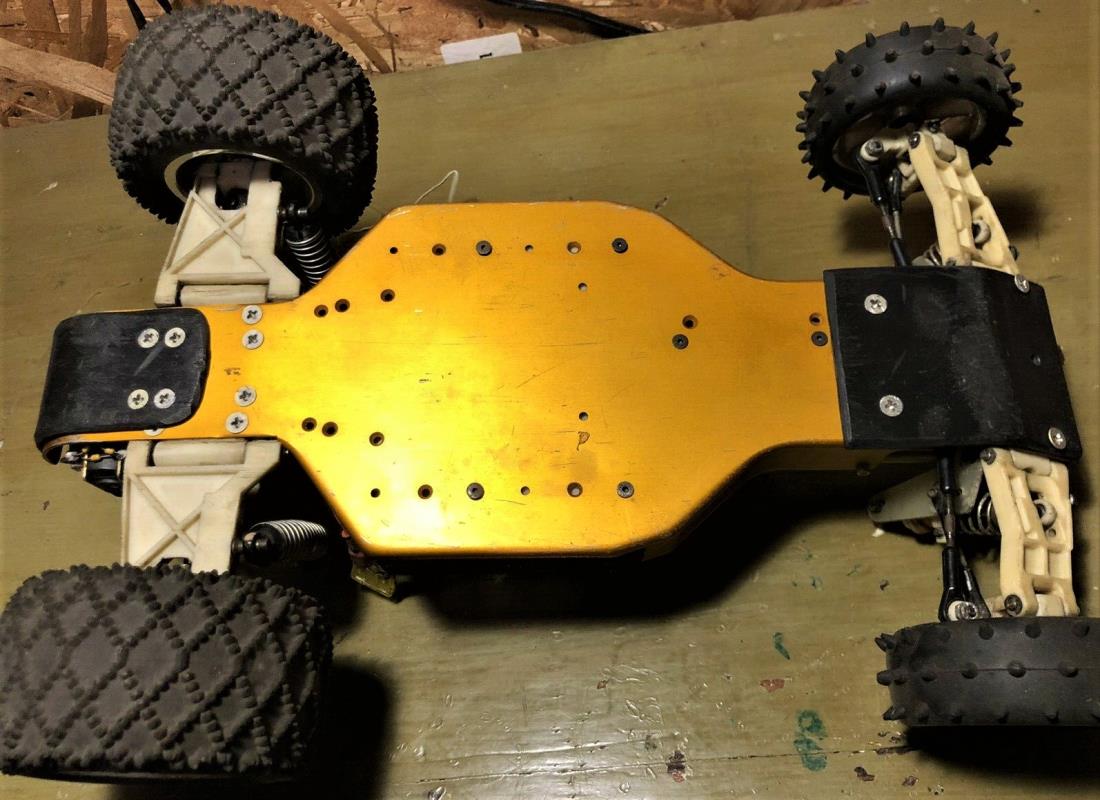 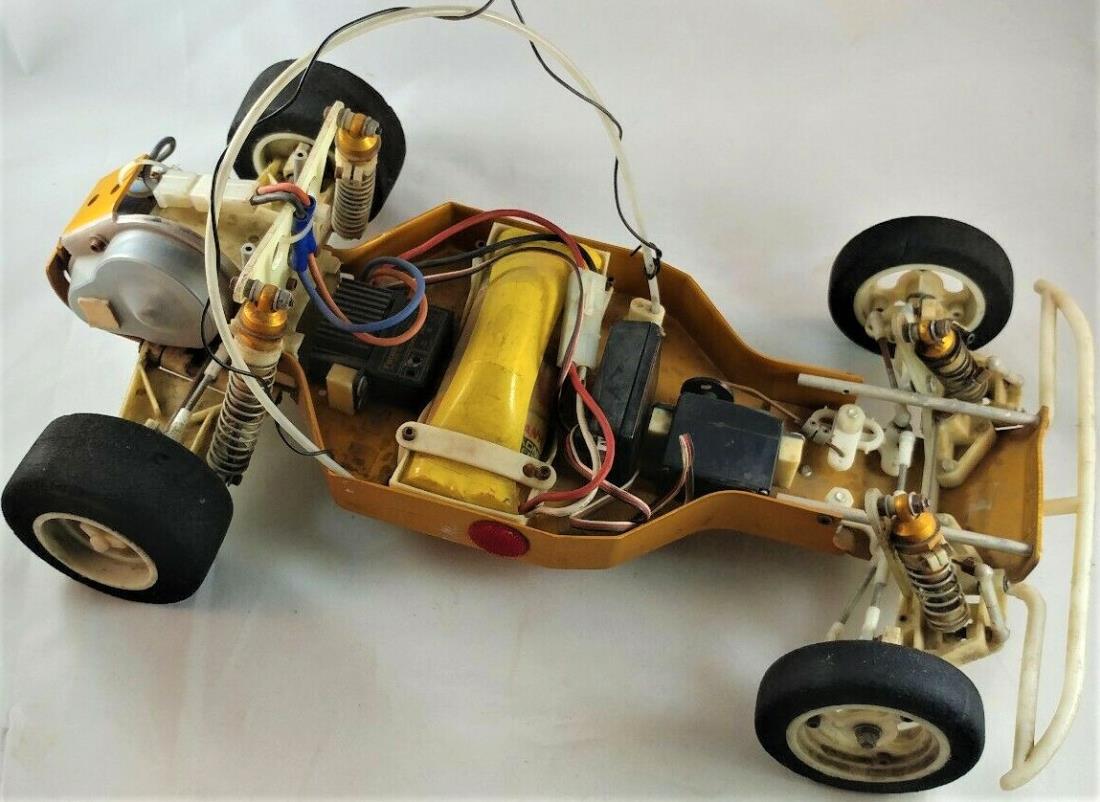 43 This one is more complete and original. 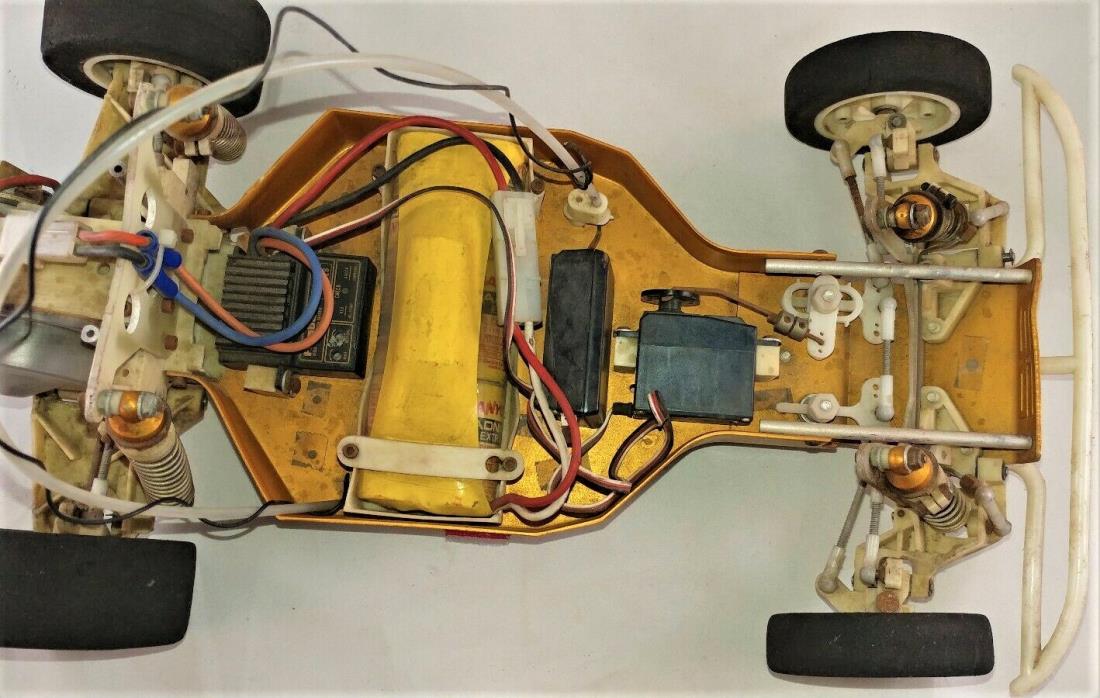 39 Underside of chassis in worse shape.

If you liked those pictures, you should see these...
TEAM ASSOCIATED RC 10 GOLD PAN

Looks like a great base to restore from. I love the original RC10 too, but that's about it for Associated. Has to be box-art unless it's a runner... that's my opinion anyway!

@beefmuffin: Completely agree, I was only ever interested in a box-art original gold pan car for a runner so that's the plan. It will have a vintage/period correct set up also like a Novak ESC and brushed AE motor or a Trinity Monster Horsepower motor all of which I already have. I just found the repro Protech body so I ordered two so decals are the last piece.

Hi mate
Just been reading your post about RC 10s re release.l bought mine when they first got re released,decided to sell it as its never going to get built and I've fallen out with the hobby a little bit any way. I gave it my nephew to stick on eBay.put it on for £400 quid buy it now or offers not a dicky bird lol. So I'm not really sure what these are worth. Regards Darren