Rewind back to Christmas 2018 and I was on the look out for a Wild One in the Boxing Day sales. Of which I found, but the same Hobby shop also had a Blackfoot for the same great price. Hummmm, decisions, dilemma, decisions. I went with the Blackfoot at the time as I knew of a couple of other WO's around so wasn't to shattered to have let it go. At least someone else could also enjoy a bargain.

Once I was in a position to add a WO again they had all been sold. Nuts. Never mind just the way it goes sometimes. The win of the Monster Beetle in the 'Monster Comp' later on certainly helped ease the pain for sure.

Discovering that there was another batch of WO going to be released, I wasn't going to miss out this time. So armed with a voucher from Fathers Day and a discount code at the time a WO purchase was made late 2019 and much to my delight work out to be the same great price I would have paid the year before!! Chuffed or what! Its a good job they re-released again as I'd already bought the alloy wheel covers and motor I wanted to put on it.

It has probably worked out better that this came later as I had in mind to paint it all Gun Metal with Box Art decals a year ago. But as I have a few black vehicles in the fleet ( and possibly a few more to come! ) I had plenty of time to think of something else. Delivering Fuel I spend a fair bit of time on Petrol Station forecourts, and on the road, one day a white work Ute/Pick Up stopped for fuel with a simple but effective white/ red-orange/dark grey paint job. You know sometimes you see something and think to yourself 'That'll work!'

I was after a bit of a simple retro vibe so with the addition of the Sand Scorchers Kolor Works decal and still having a splash of Gun Metal thrown in I'm really pleased with how its turned out. It is all but finished as I'm just waiting for the black hex head screws to turn up for the wheel covers.

I've only had a quick run around the garden once the electrics were installed and it feels like a fun buggy to drive.

Ball Bearings fitted though out, 2s LiPo, TBLE-2s ESC, 13.5 Brushless motor (I know I may be asking for trouble with that as most recommend a Sport tune as Max for these, but you only live once right?), and of course the stunning alloy rim covers from Pargu. Just love his rims!!! As do many I'm sure.

Thanks for looking and happy RC'ing. 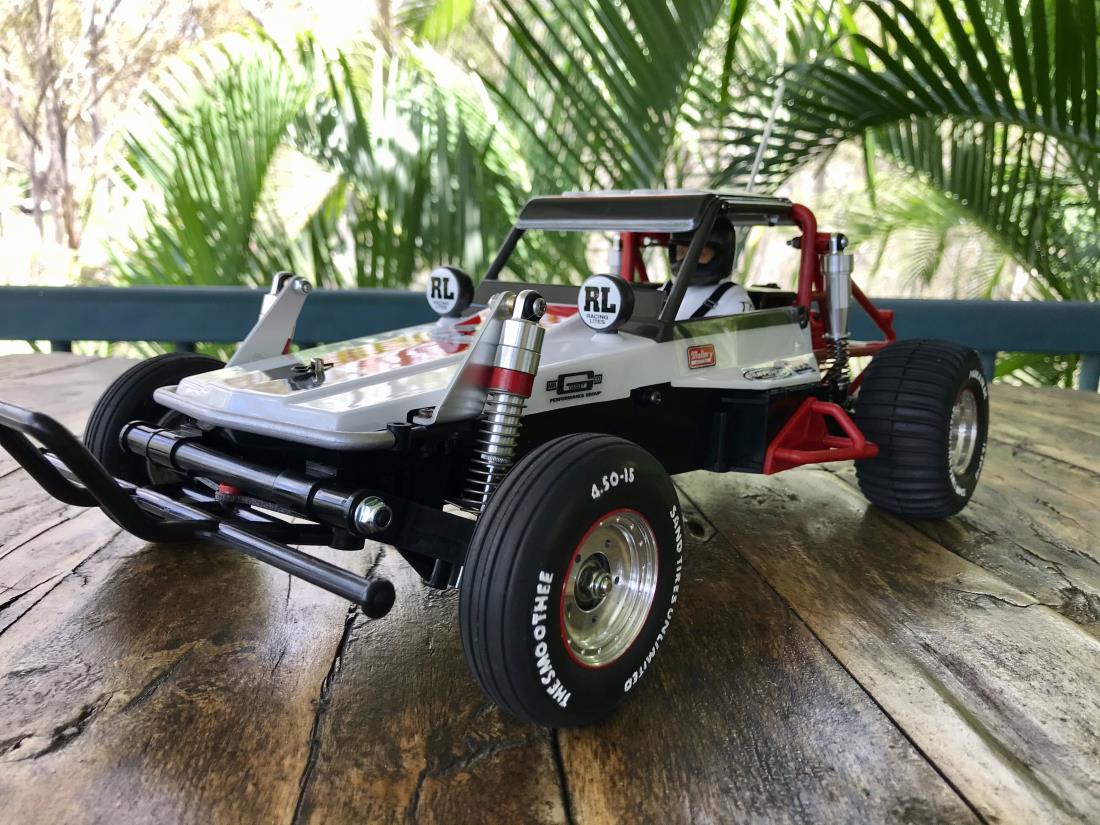 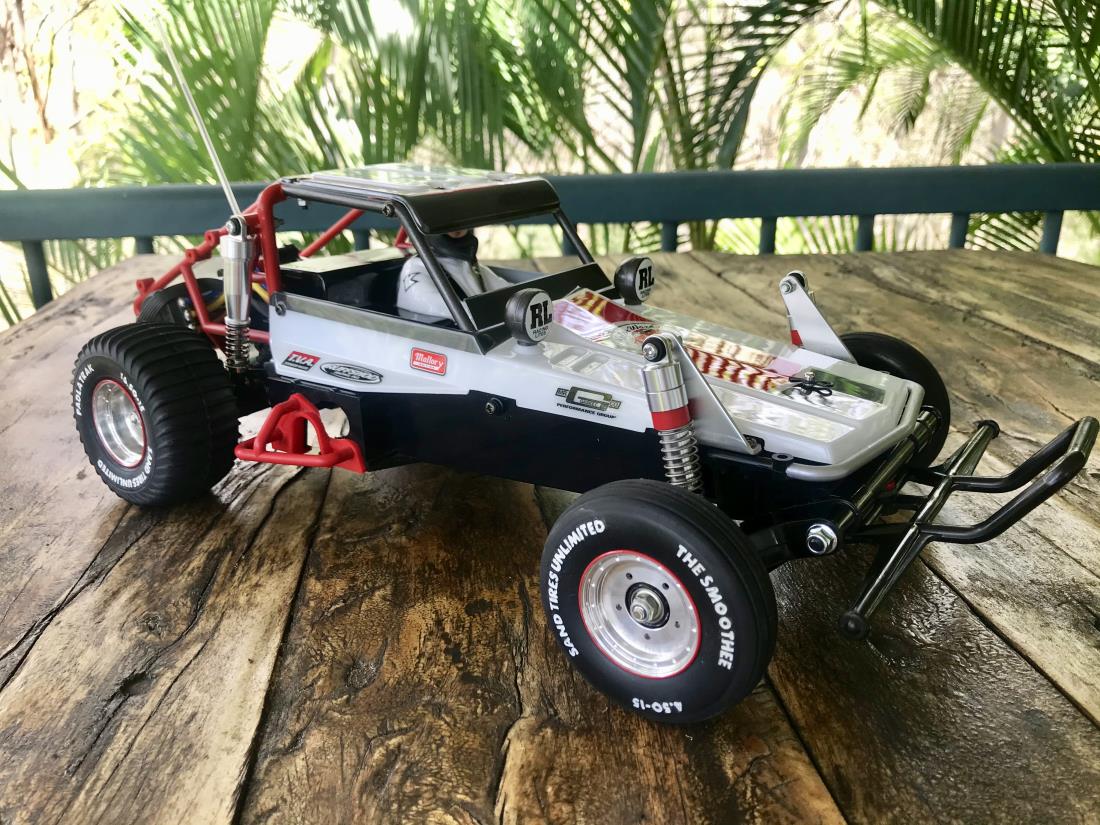 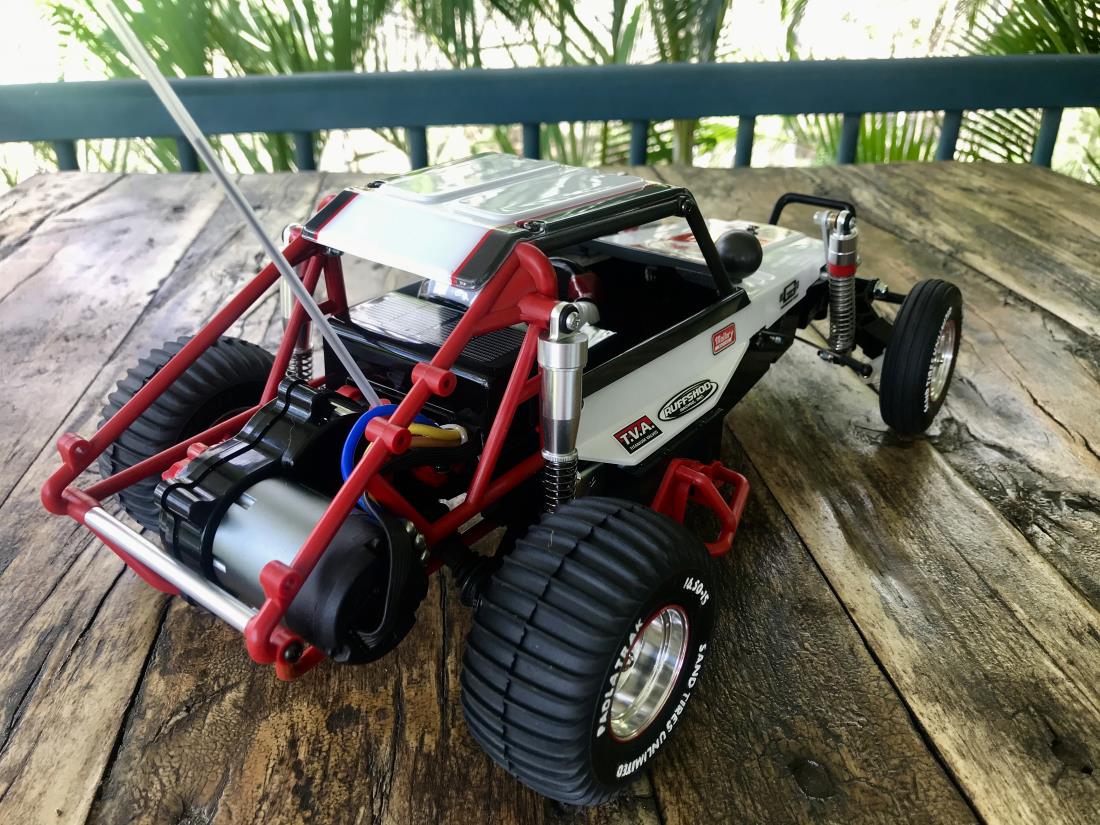 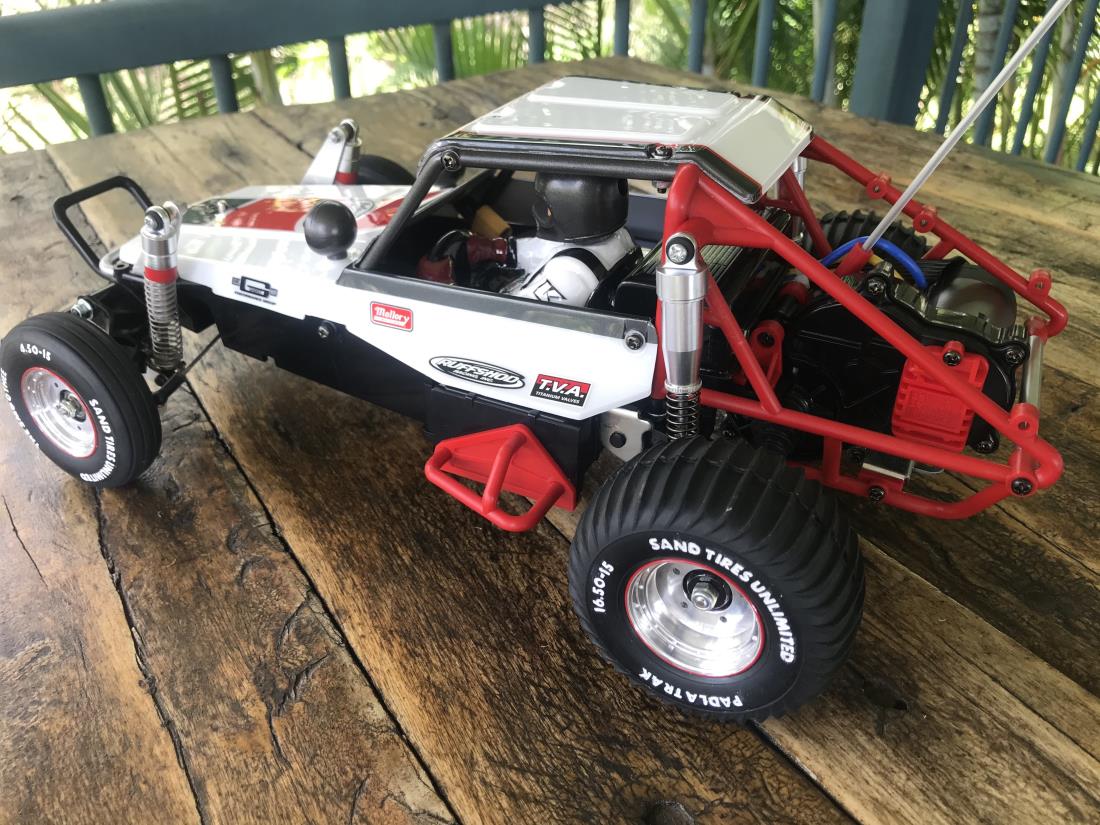 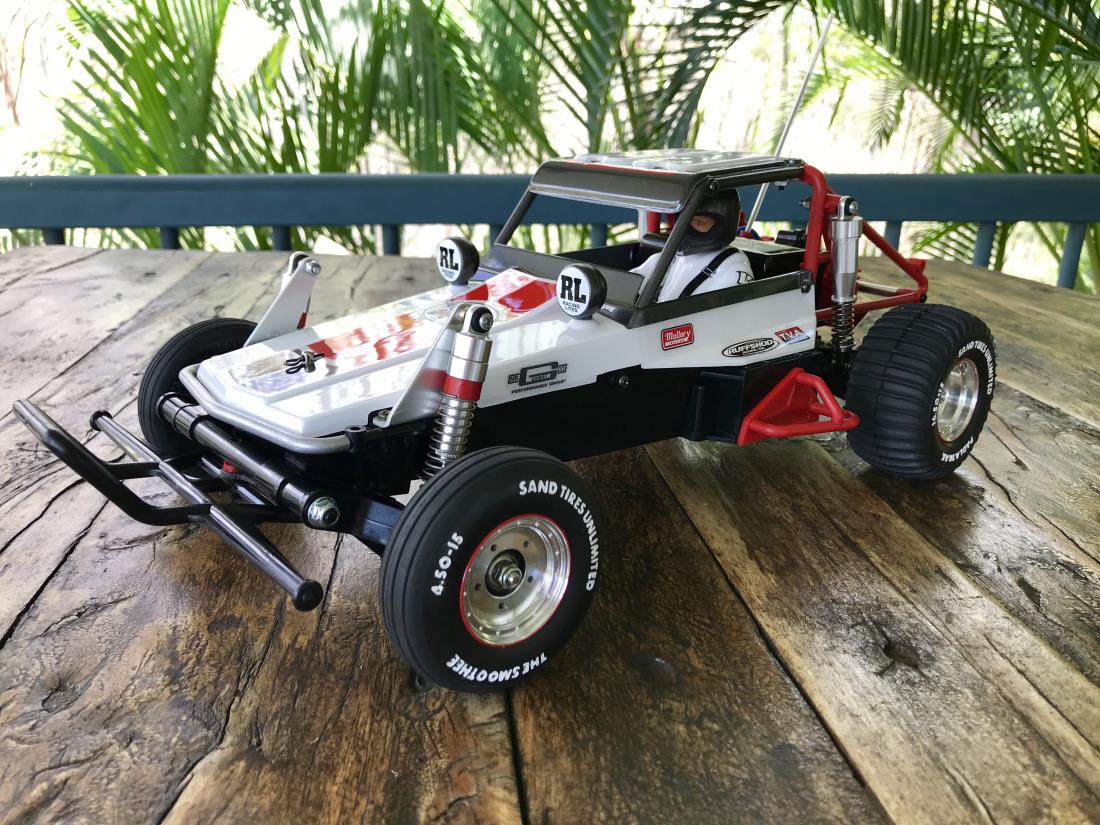 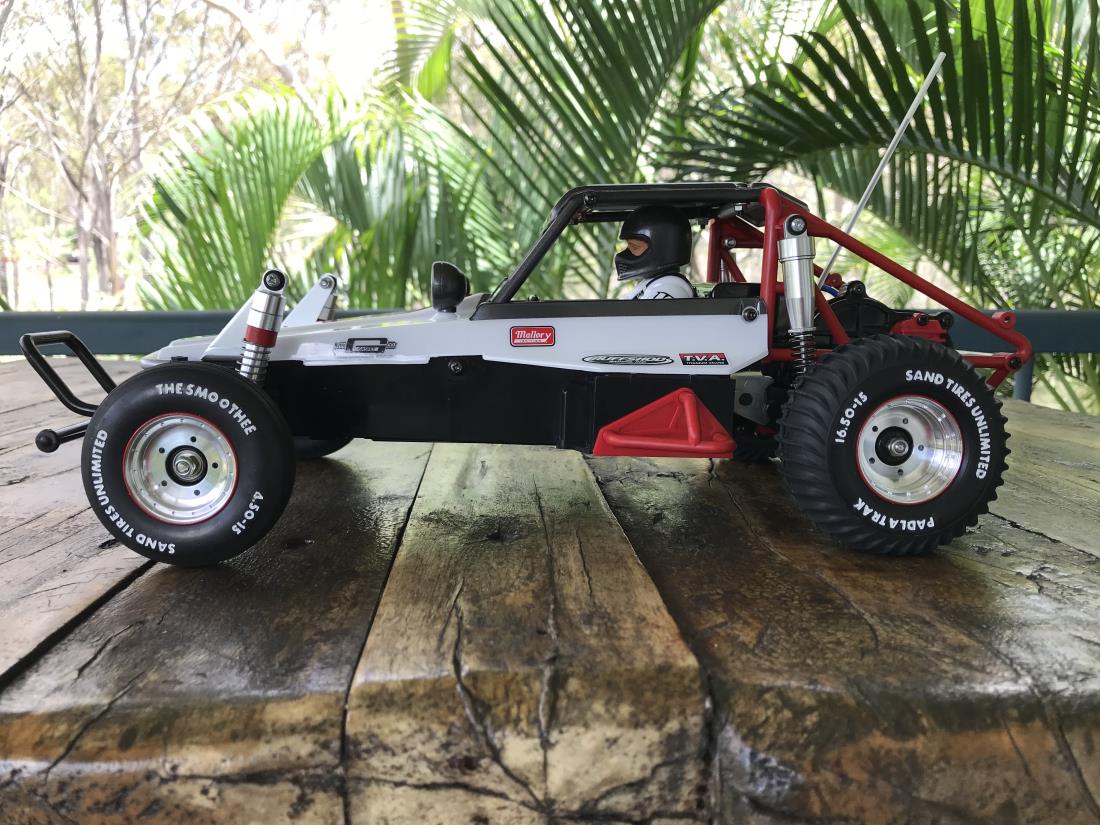 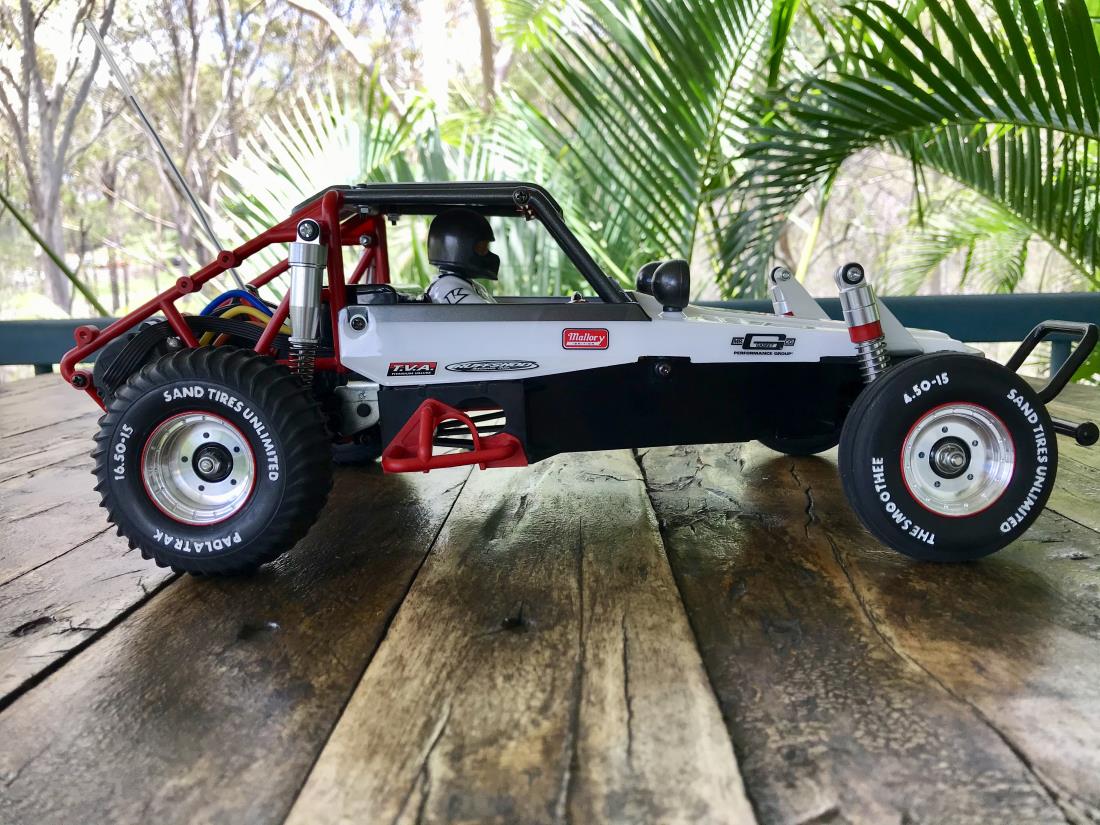 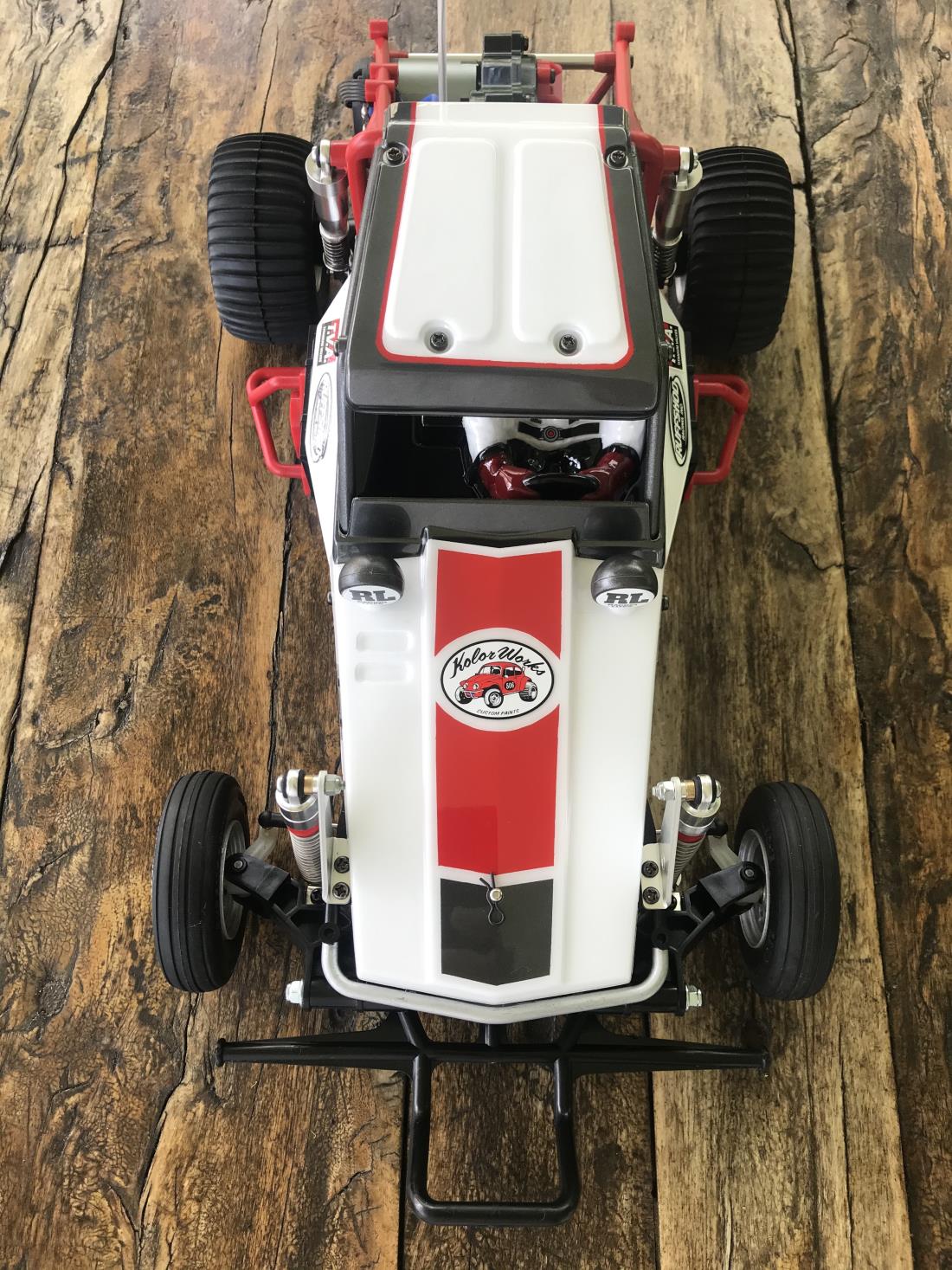 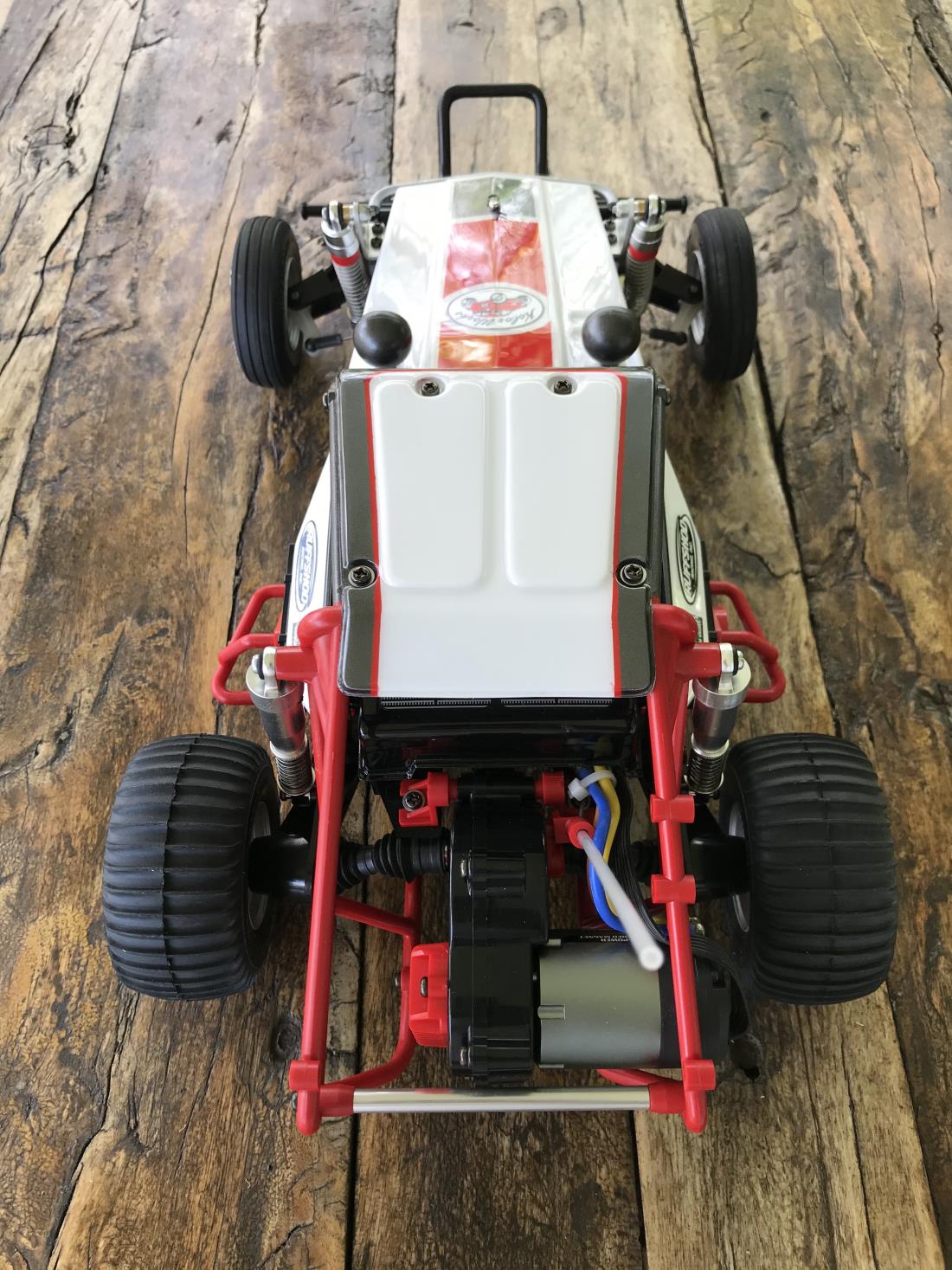 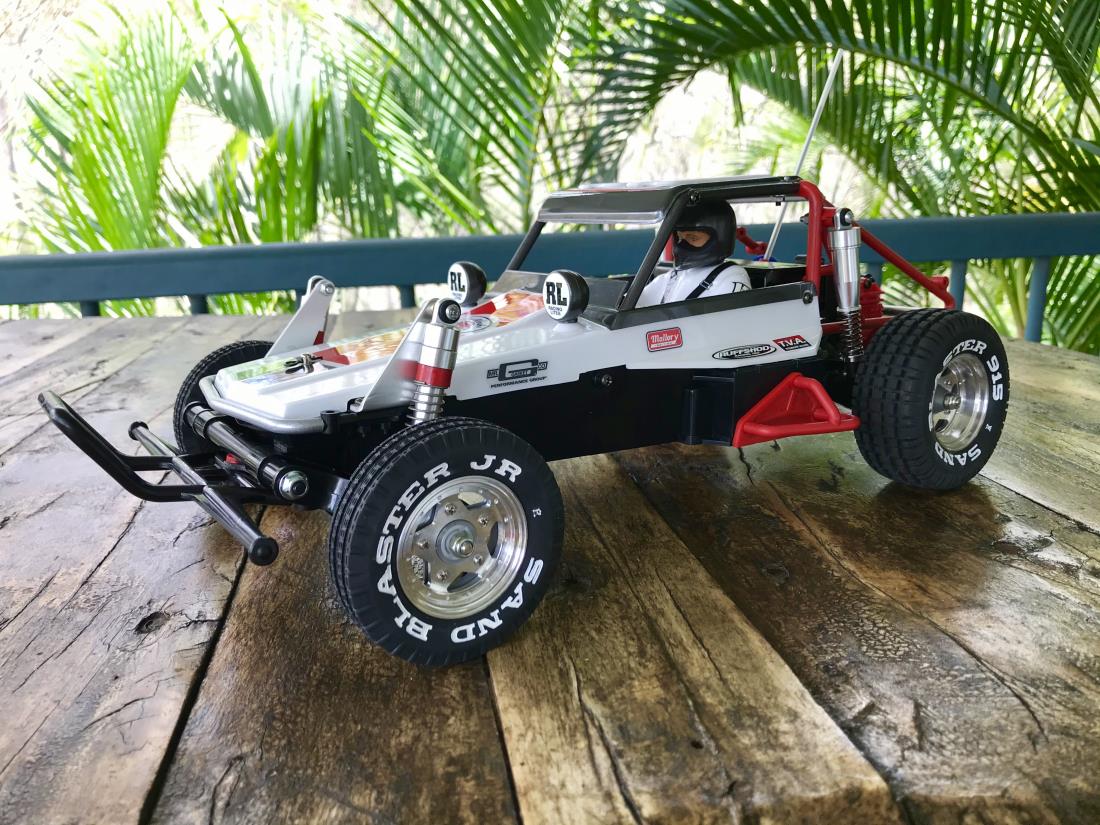 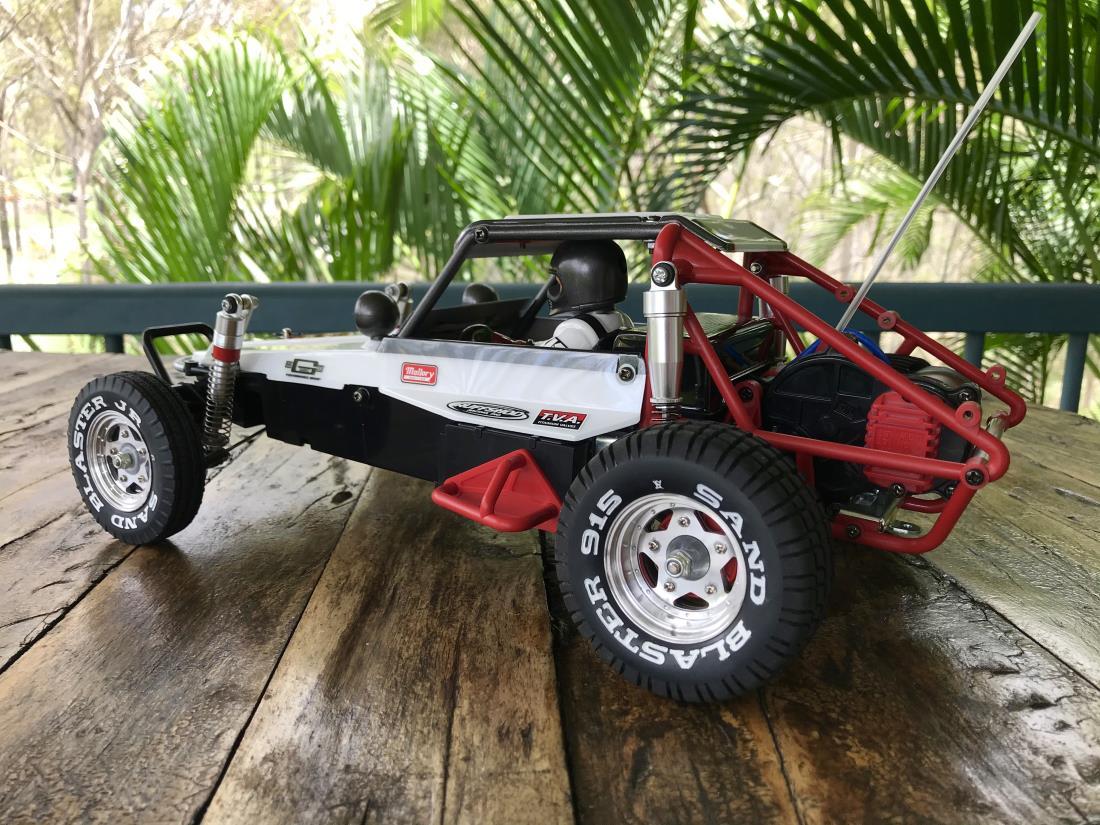 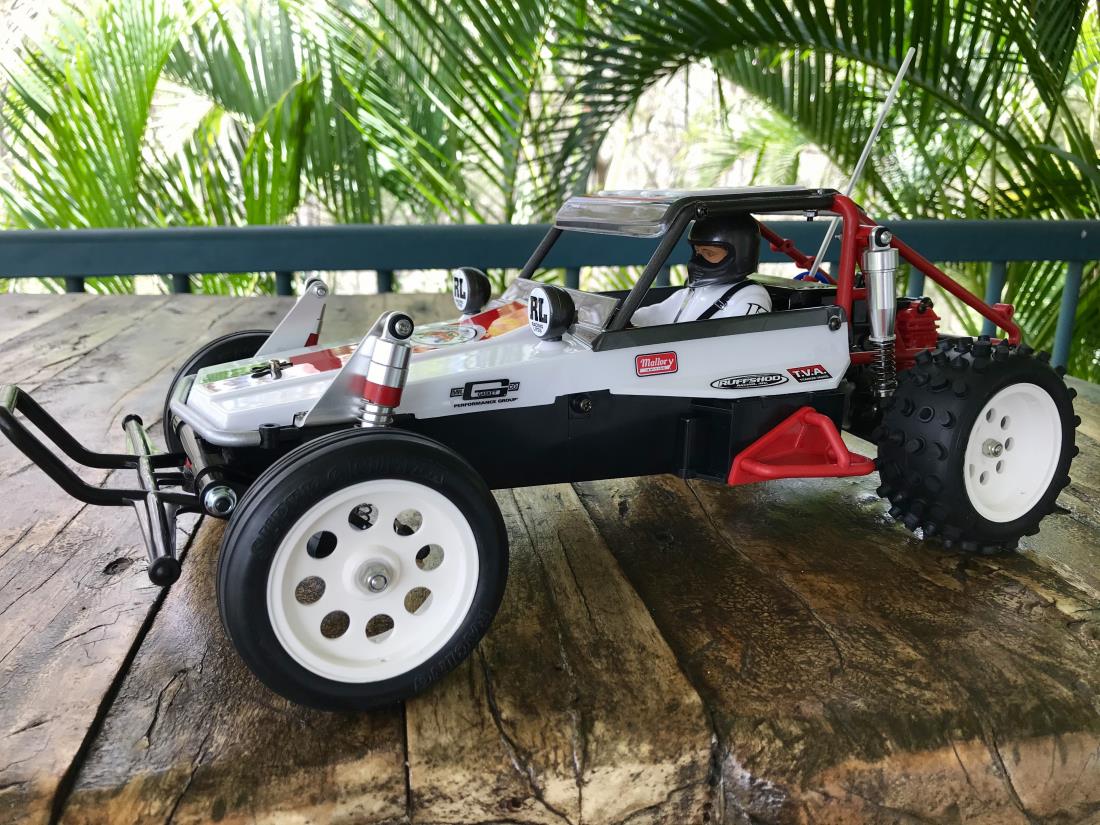 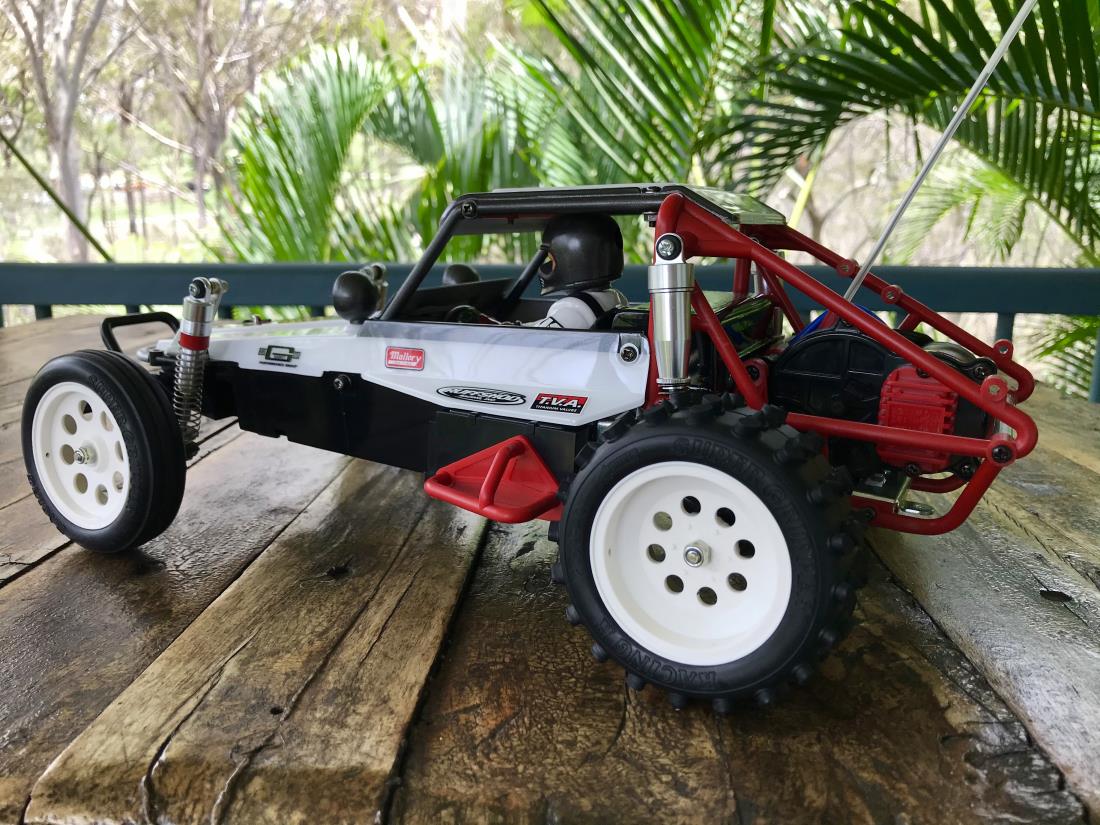 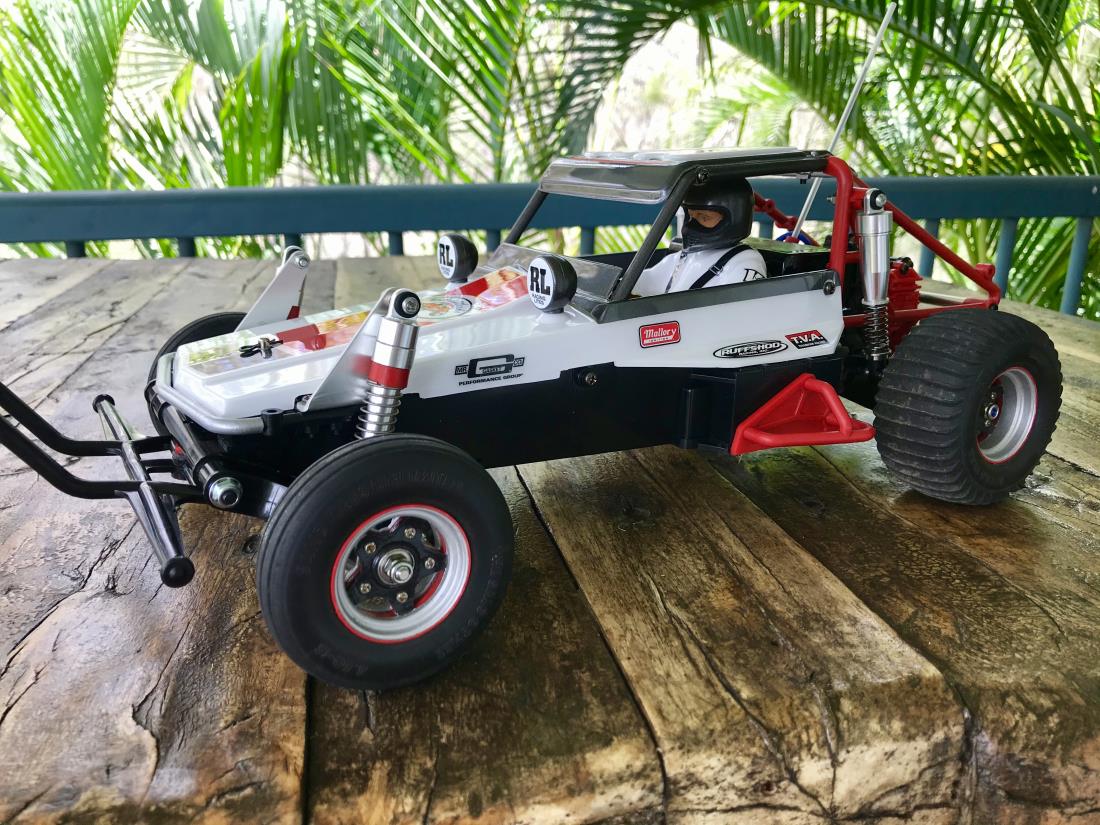 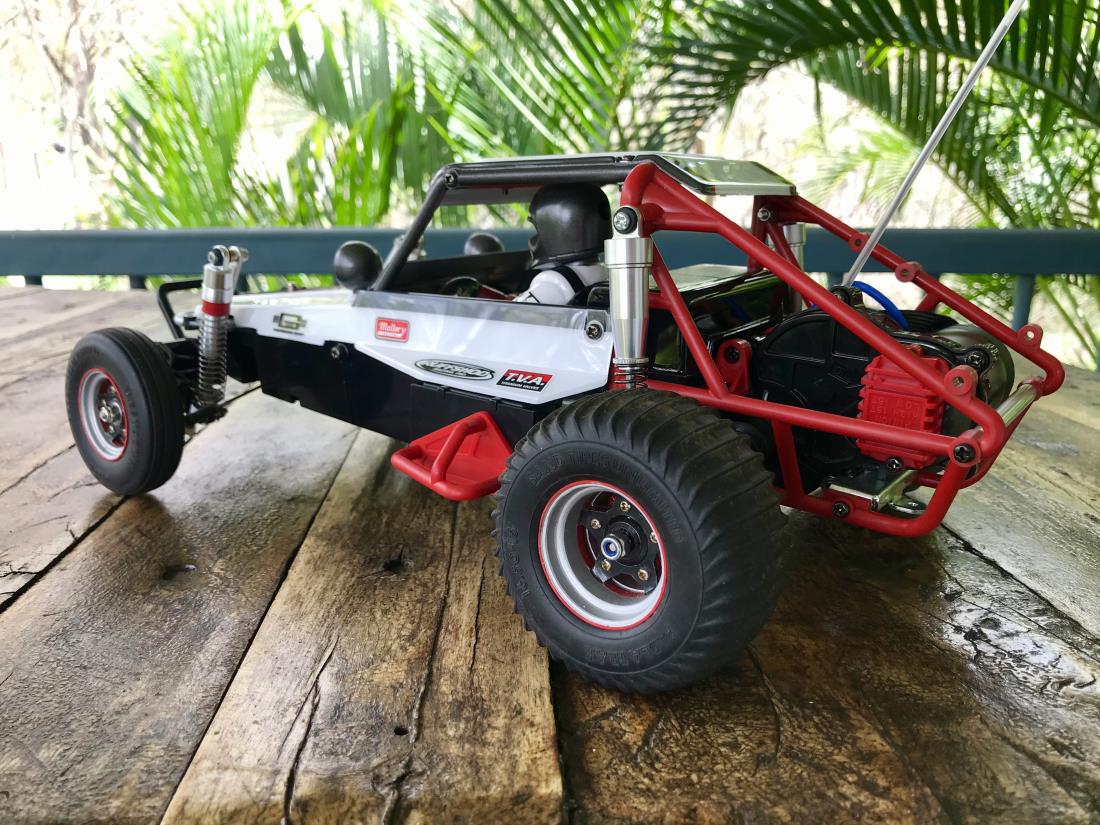 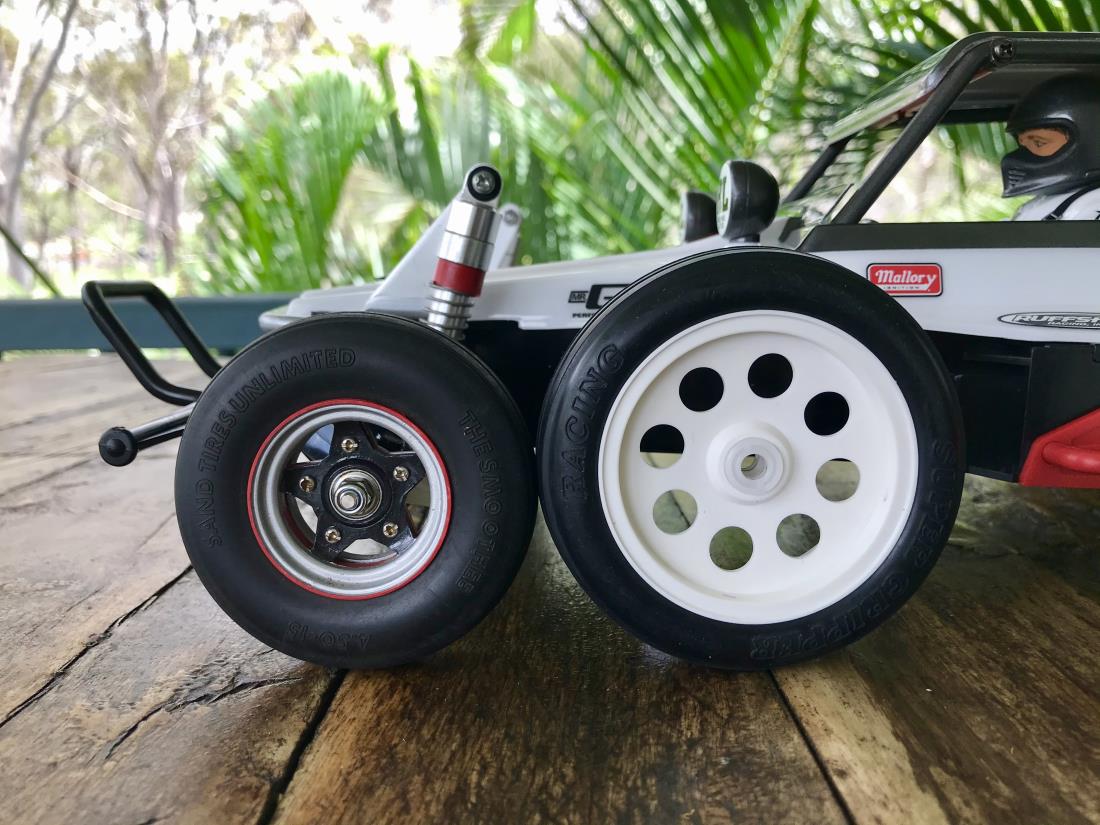 3 SRB Wheel vs Stock in size 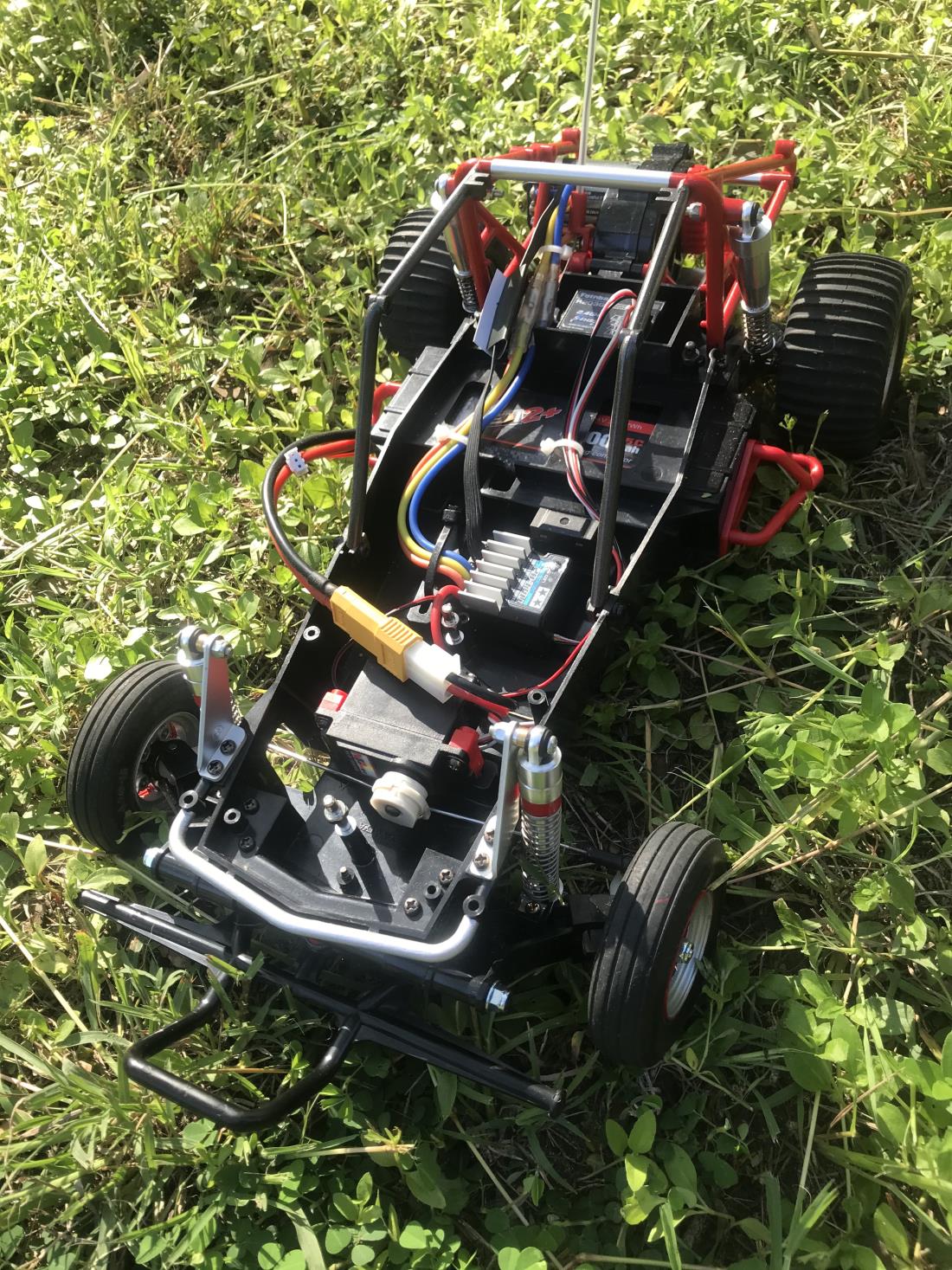 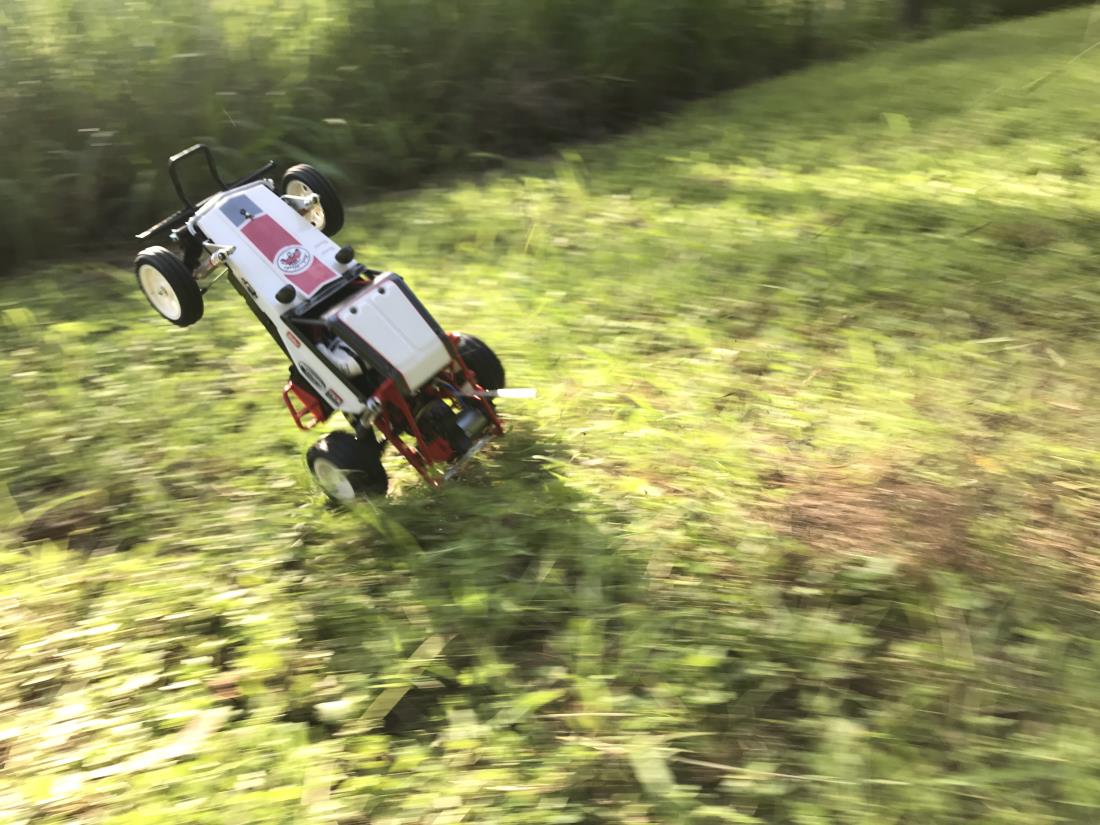 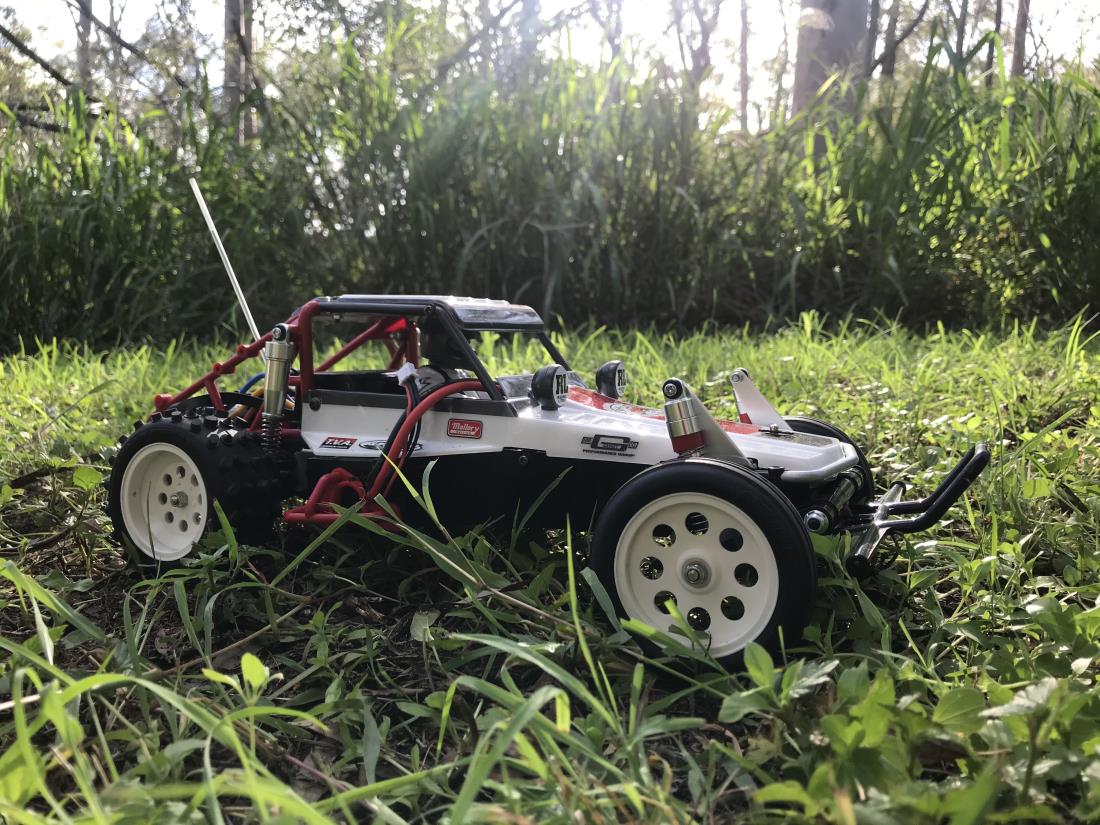 Looks great! The wheels definitely make it. The Wild One is one of my favorites

Nice job. I especially like how you put stripes on the roof!

Great job paint job is sweet! I like it best with the RR wheel set but only just over the Scorcher set! Maybe the stock set needs tyre lettering too as looks not so hot!
But the WO has a habit of looking good in most clothes it wears! Nice job looks fantastic!

Looking good, stylish buggy! Tamiya connector in to an XT60, not seen that before.

Cool buggy , I like the touches to the body paint and the two tone roll cage , a great result all round

Thanks fellas, very much appreciated.
The LiPo came with adapters to Deans/Tamiya/and something else not sure what it is? But I’ve since cut the Tamiya plug off and soldered an XT60 on there.
I will hopefully get round to lettering the stock tyres on day!

that's a nice looking Wild One. The Sand Blaster tire/rims really suit it too.

Thanks Yogi, it would be great bring it down your way for another bash around the park