This is the first of my cars that I've revisited and improved. I built it originally in 2016 and although not the first road/rally car I'd done it was the first detailed build with the cut out grilles, antennas etc.

John, who I built the Taisan GT2 and Celica for approached me about buying it, but I wasn't satisfied with the quality compared to the Taisan, so we agreed I would update it first.

Nearly four years and 20 odd cars later since the original build, my skills have improved so there was plenty I could do to bring this up to my current standards. The paint job was fine (It had just sat in a box since completion) so the first thing I wanted to do was replace stickers that I now do as details - the glossy window frame and light trims were swapped for matte vinyl, The red on the rear lights went in favour of painting the upper halves of the chrome buckets with transparent red. Styrene bonnet pins replaced the stickers and the door mirror surfaces are now mirror chrome.

Detail wise I wanted to improve the accuracy of the car so the diamond mesh from the bumper was refitted with square, the co-driver side grille had the mesh removed and ducting fitted and the centre and driver side grilles were blanked off. The intercooler now has proper ducting fabricated from styrene. The Suzuki roof scoop was swapped to a proper Impreza one - a bit of artistic licence as the car didn't have a scoop for this rally, but I really like the look of them. The multiple antennas, correct for the 2006 but not this 2007 car, were changed. I added the missing black trims on the roof, panel lines, mounting points for the light pods, a deeper front splitter and the roof camera pod. I trimmed the Monte Carlo badge down as it should go into the scoop rather than over it. Finally, the rear window got heater elements cut even thinner than before and my most realistic looking yet.

The interior used my old method of cut vinyl stickers which were not accurate for the real drivers and the suits were just one colour blue, again not like they should be. I wasn't keen on the full face helmets either, and the interior was painted semi gloss rather than matte black. The roll cage main hoop cross brace angles were wrong and it needed some additional tubing for the roof section. For the amount of work needed it made sense to sell the cage and cockpit and create new ones. As with my Focus 2004, there's a fly-off hand brake instead of the gear stick, and digital clocks. The cage is probably the best one I've done yet, with the A pillar gussets and padding by the driver heads.

Chassis wise It's now on a TT-02 Type-S rather than the TT-02R from before but still has the alloy Hop-ups. The brakes are the same Brembo branded items I usually use but I painted over the logos and fitted AP ones instead. Another improvement is the brake discs - the alloy ones that come with the callipers have unrealistic slots that go though the disc, instead of grooves, so I used Tamiya accessory discs which have grooves and drilled recesses. These come in chrome which looks all wrong so I stripped the chrome, painted them with matte silver, did the bells in metallic blue and then used Tamiya Panel Line Accent Colour to emphasise the grooves.

The wheels are the same HPIs I used for the 2008 car, which although not exact, are closer to the real car's than the kit ones. The BF Goodrich logos are now printed rather than cut vinyl and there's two per tyre as the real 2007 Monte car has. Unlike the tyre stickers that come in Tamiya kits. these are printed on matte clear vinyl for a more realistic look. The same for the tyre position writing. I'm really happy with how these came out.

Overall I think it's a great improvement over the 2016 version and it's interesting to see how much more I do these days. I remarked at the time that it took me an absolute age. If only this time it was that quick! 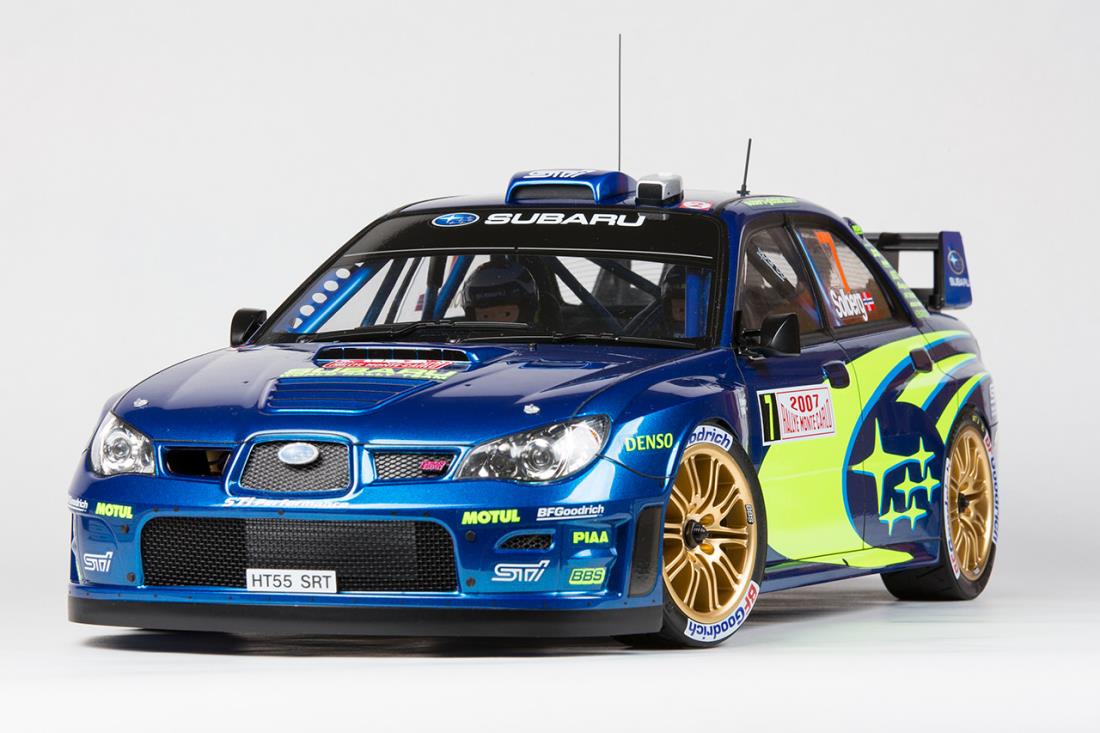 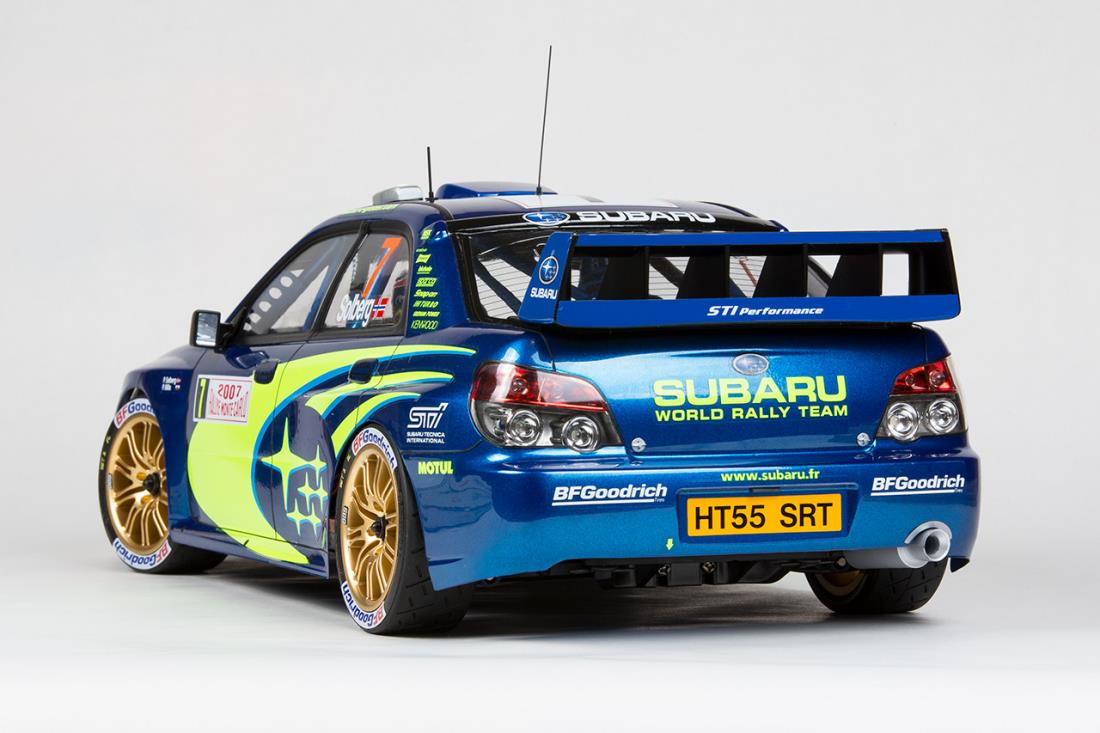 15 Rear lights painted instead of stickers 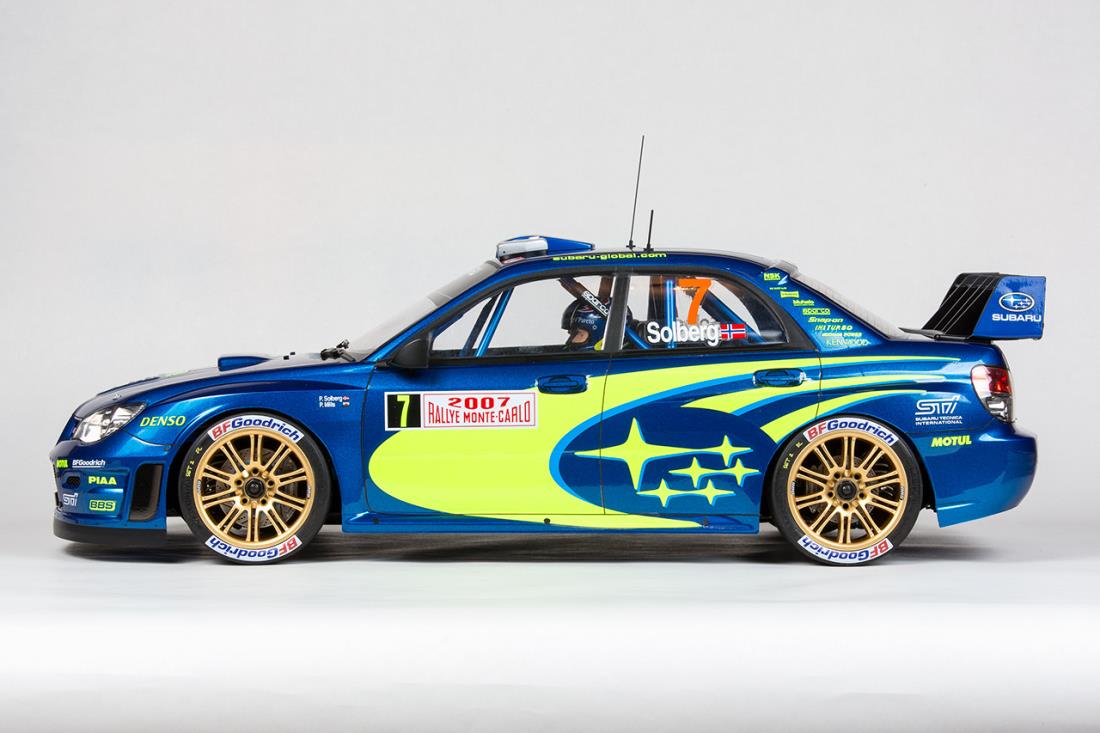 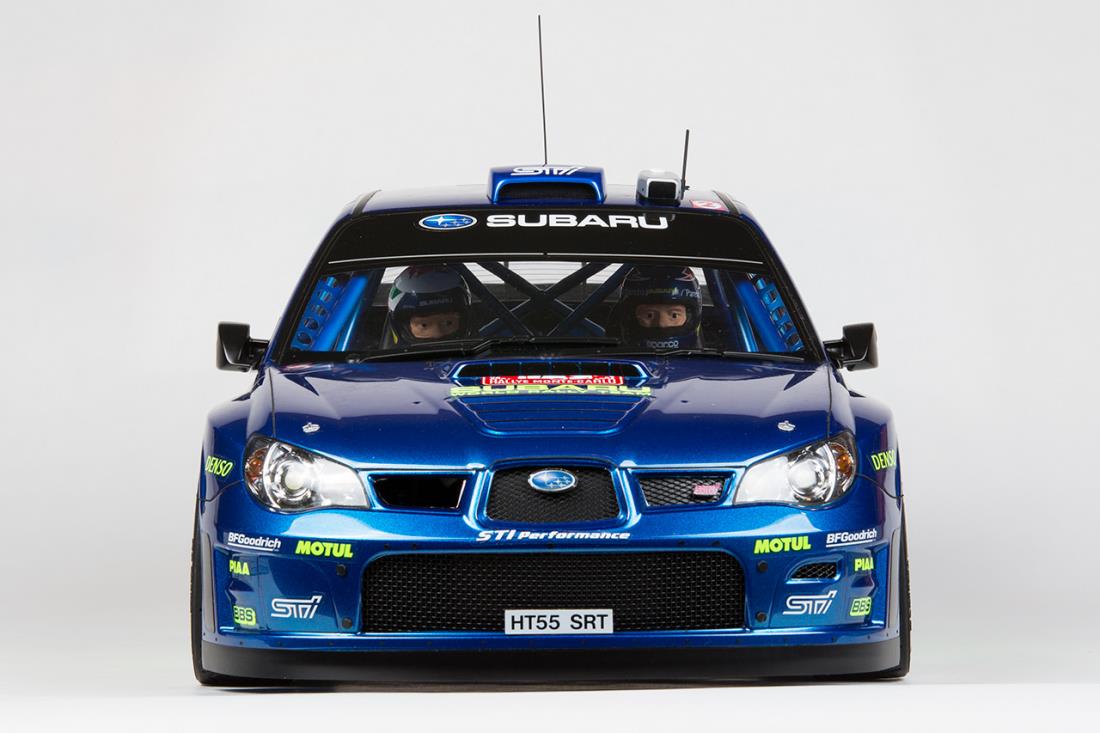 8 Ducting on co-driver side grille vent 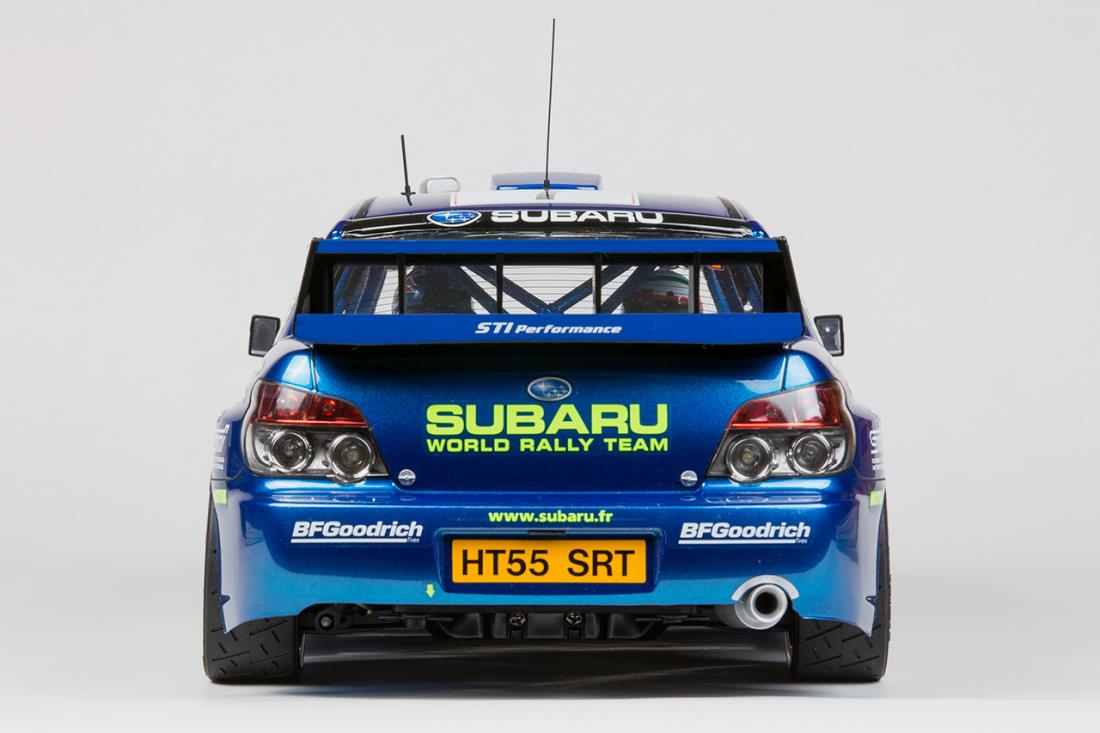 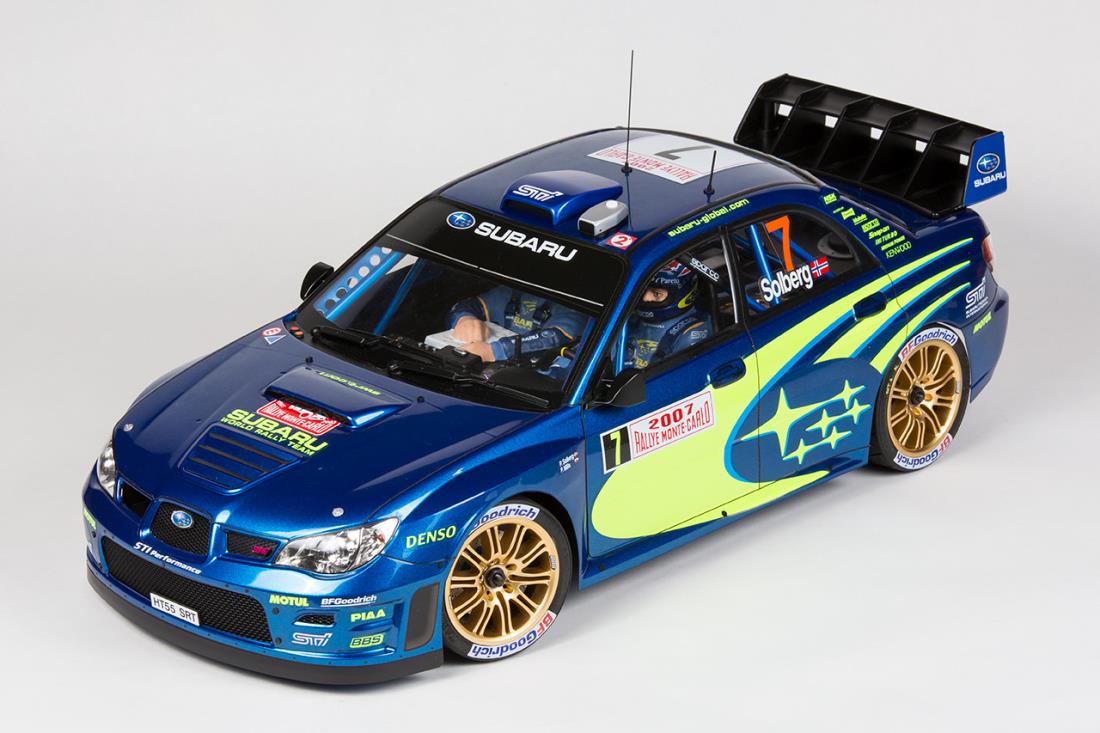 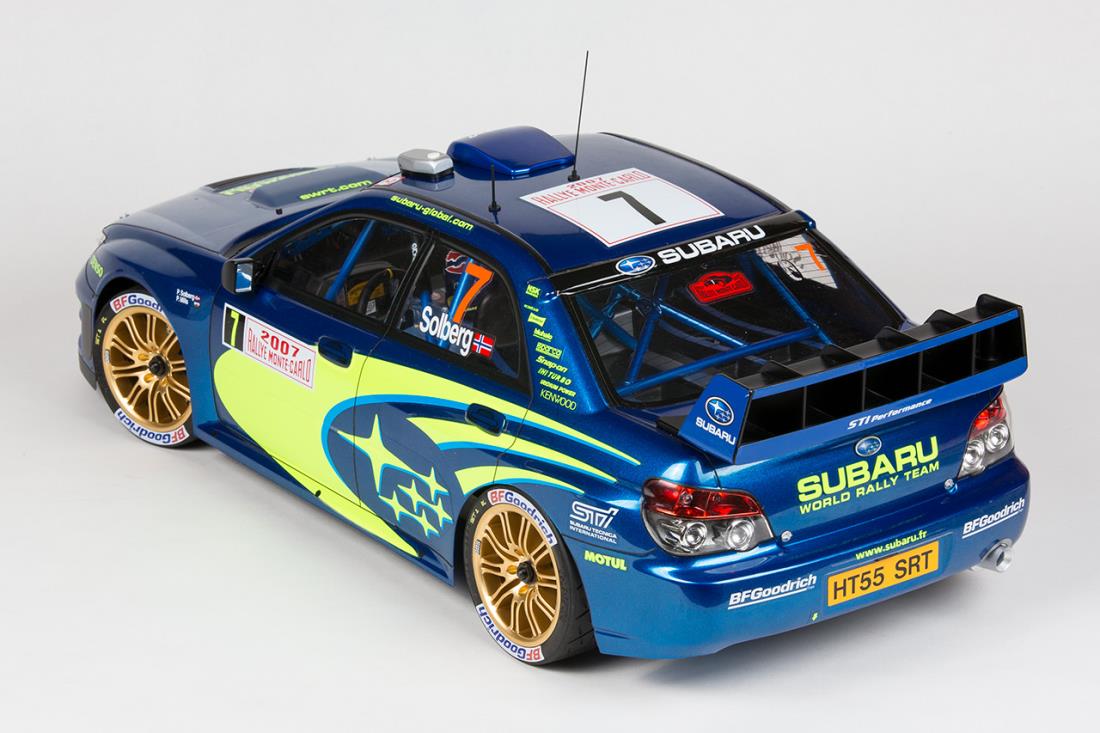 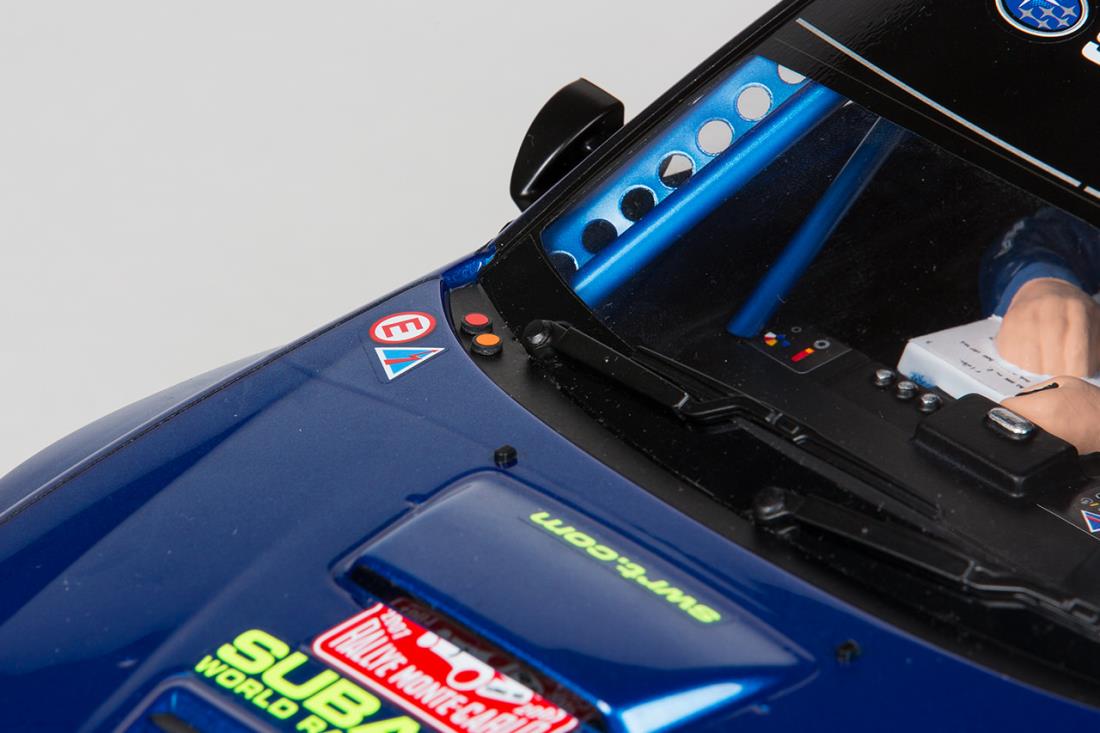 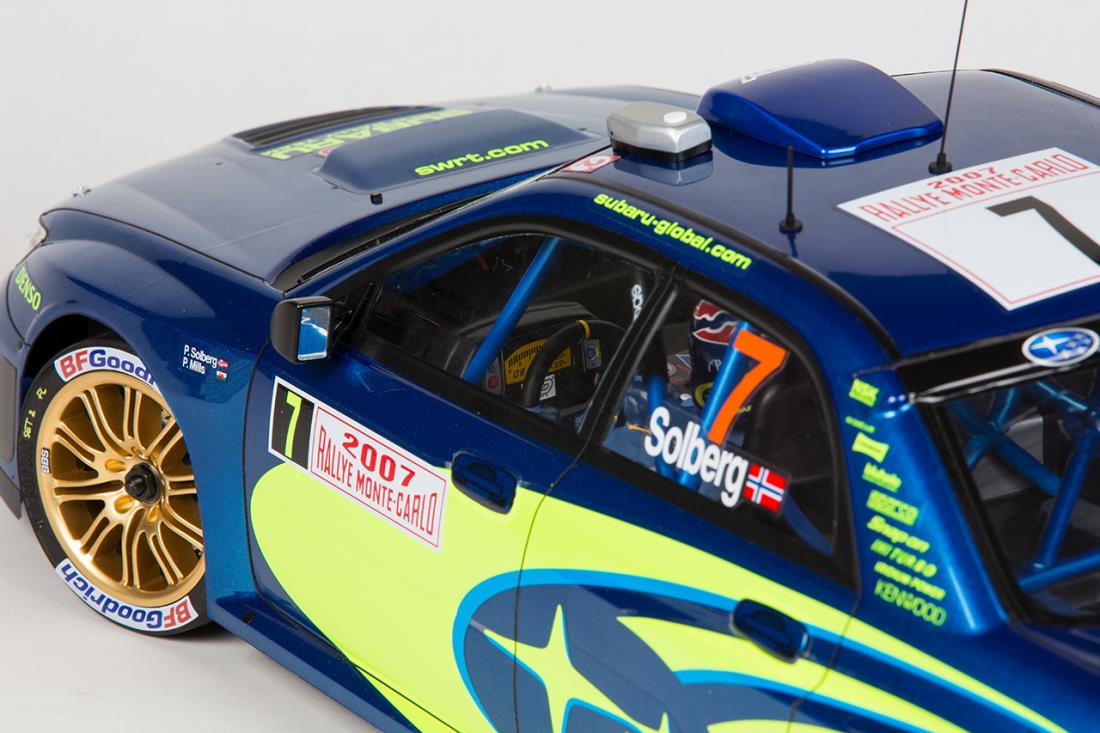 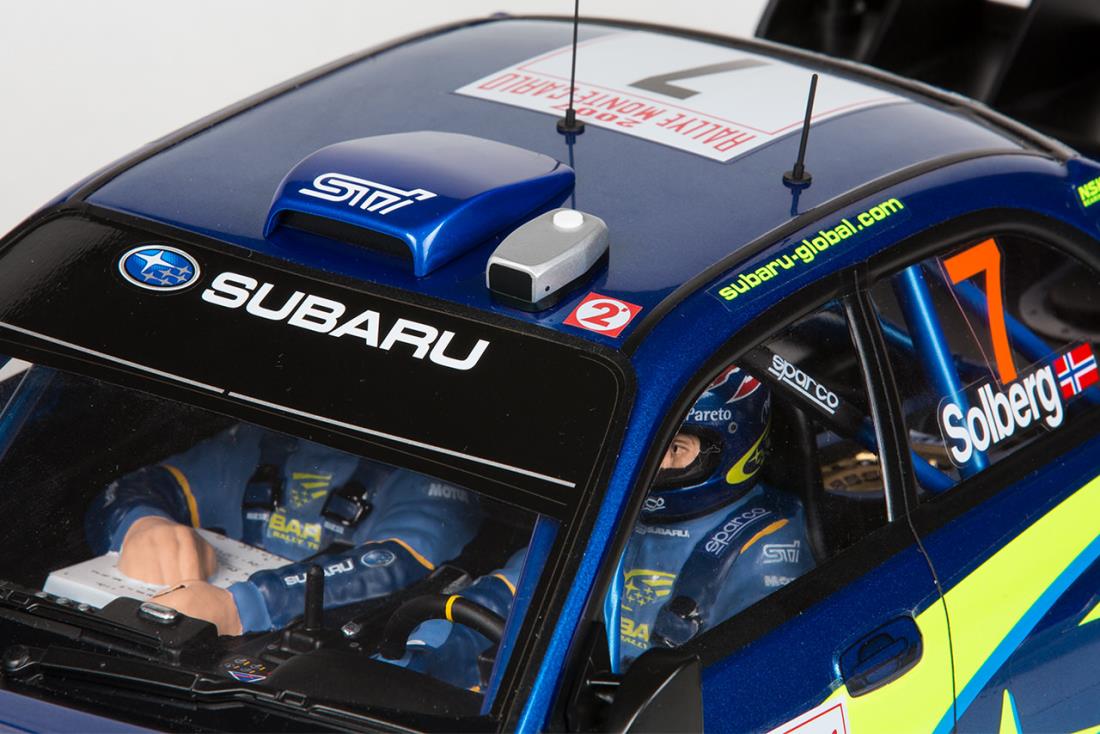 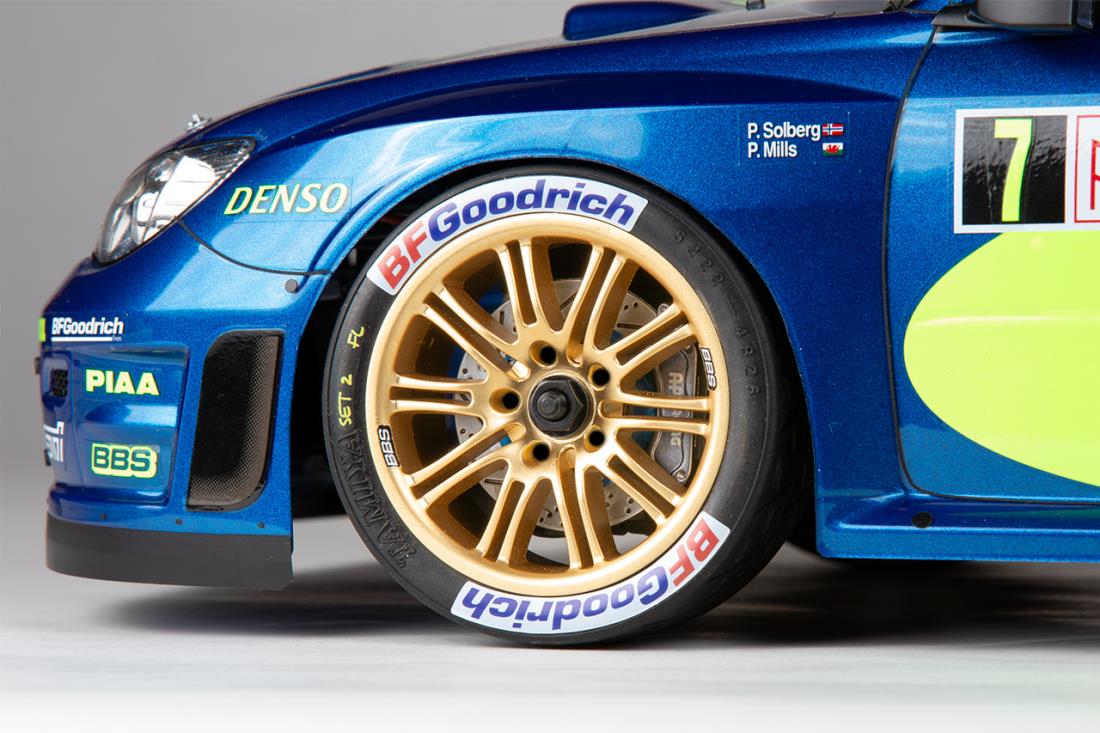 If you liked those pictures, you should see these...
TT-02R based box art with added TN touches

It really is a most stunning car. I’m gobsmacked!

Iol so pleased you improved it!!! Like it was not good before.....bloody awesome!!

A sight to behold, insanely good.
Are you sure you can let go??