For some reason, Tamiya never released the Mini Cooper 94 Monte-Carlo as a kit on the M-03 chassis, only as an XB model. But there is nothing stopping you from making your own! Taking the bodyset from the 58483 M-05 version and combining it with a M-03 chassis built by fitting the suspension and drivetrain parts from a 58383 M-04L to a set of 50792 A parts resulted in a lovely little model that runs superbly on a proper black Sport Tuned motor.

The chassis also has bearings and a steel pinion obviously, as well as some generic silver alloy shocks rebuilt with Tamiya seals and diaphragms which visually complement the Tamiya M-03 heatsink/counterweight. Given that it is only connected to the motor via the mounting screws, I am not sure how effective it is at heat dissipation, but it does offset the asymmetrical weight distribution inherent in the motor placement, so I think it has a place.

The chassis also uses M-05 battery holders, as these give a measure of protection to the ends of the battery which is not provided by the standard items.

The shell turned out really well I think, and given its rarity these days I don't like to run it, so for running duties the chassis wears a cheap Matrixline shell that is not as pretty but is far easier and cheaper to replace. 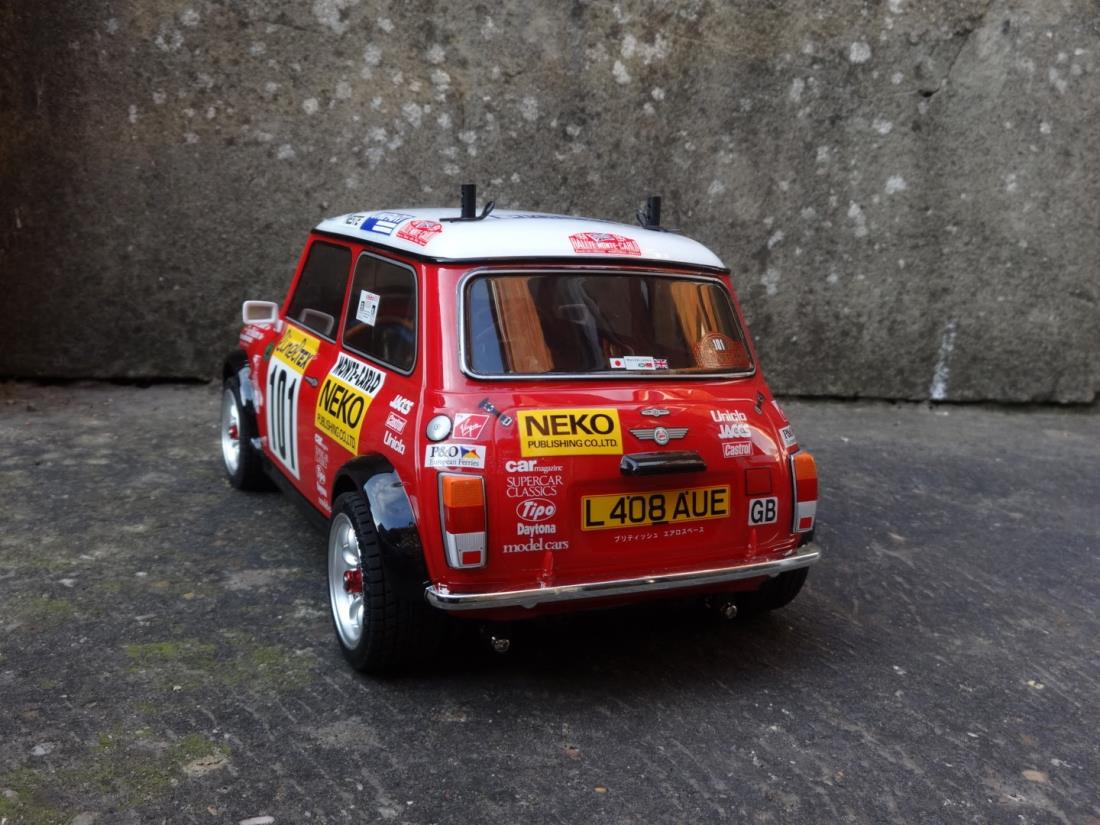 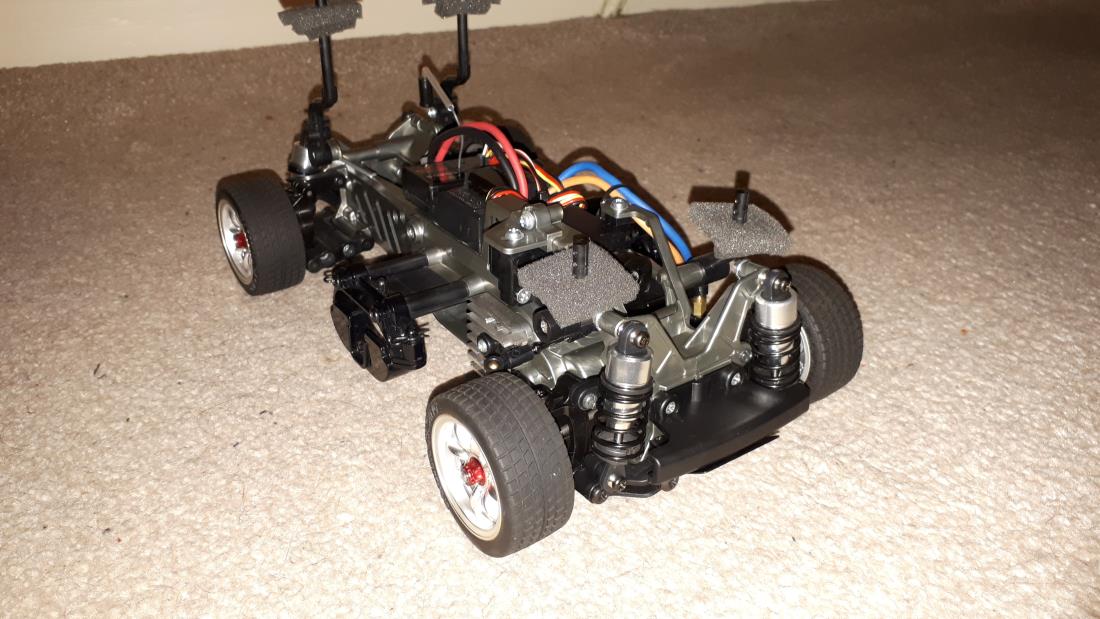 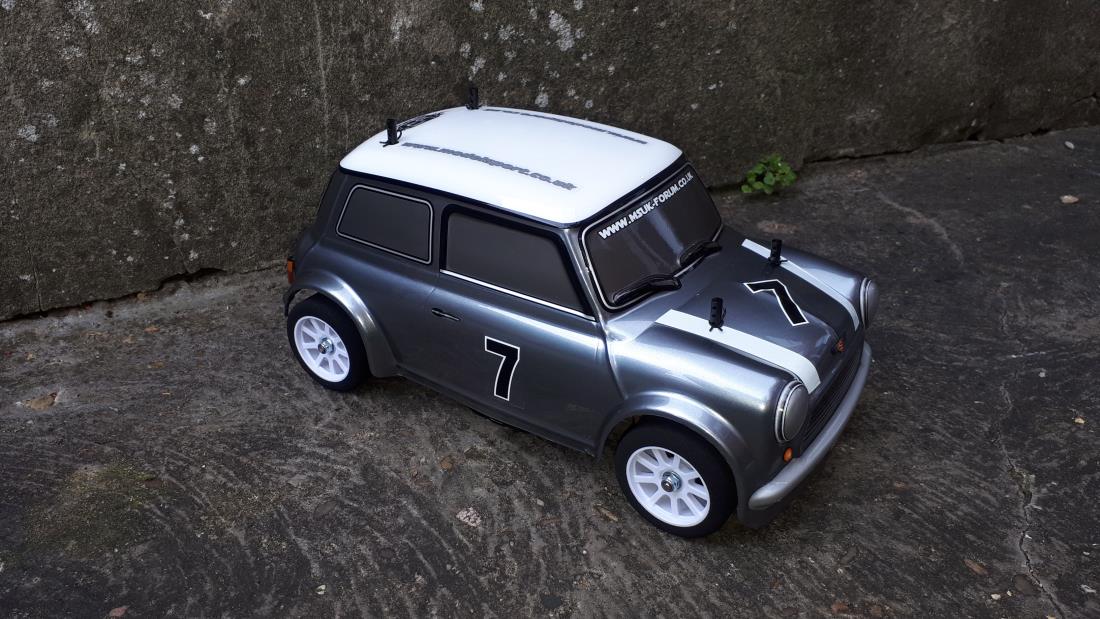 If you liked those pictures, you should see these...
Beetle metamorphosis

Gorgeous! And in far better condition than my XB version!

They are great looking cars, its a shame Tamiya don't produce them anymore

Yep I love these Monte Carlo’s, so awesome

Can beat a Monte Carlo Mini ??