This is my original 1985 Optima, which I raced at Chingford Car Club.

In race spec it had: Ripmax Sprint 600 motor, Futaba MCC112b ESC and Futaba 2LGX radio. It started out life of Option House gold shocks but I later switched to RC10 shocks which were far better.
I also upgraded the car with many of the Option House hop-ups like gold chassis and motor guard. Originally I cut a revised radio plate from GRP, but this was later replaced with the Optima Turbo version.
The biggest upgrade was switching from chain to belt, which made a massive difference.
After my original body shell became battered and tatty I change it for a Turbo Optima body and undertray. This made such a huge difference in keeping the buggy and all the gear clean. I may look to do this again if I can find a good pattern shell.

This poor old girl lay in the loft for many many years, but around 5 years ago I dug her out and restored her to her current set-up. I still have my Ripmax Sprint 600 and I'm on the look out for a decent MCC112b to finish it off.

UPDATE;
Been doing a little work on my Optima. Switched radio plate with my other chassis, repositioned the radio and installed a Futaba MC112b, which then turn out not to be working!
Anyhow, I believe I may have found a replacement.
Also pulled out a full set of Turbo Optima original 3 piece rims, and new tires, which I've had for a while. 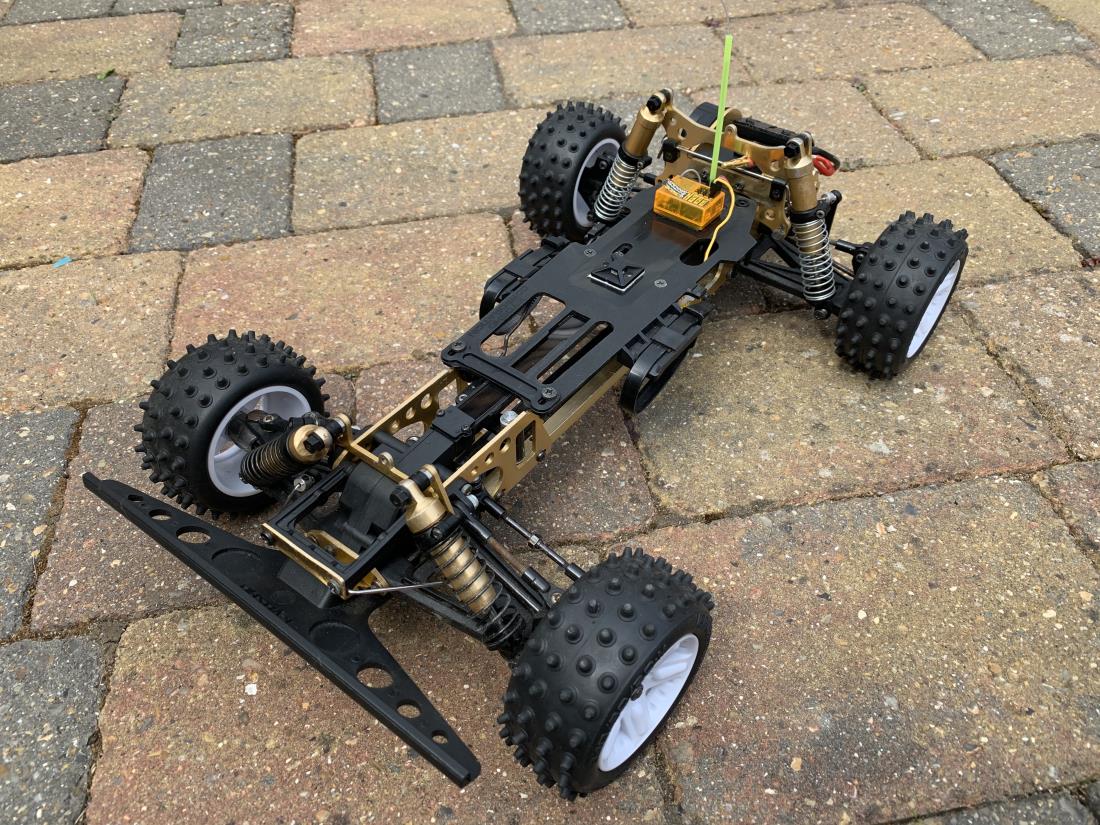 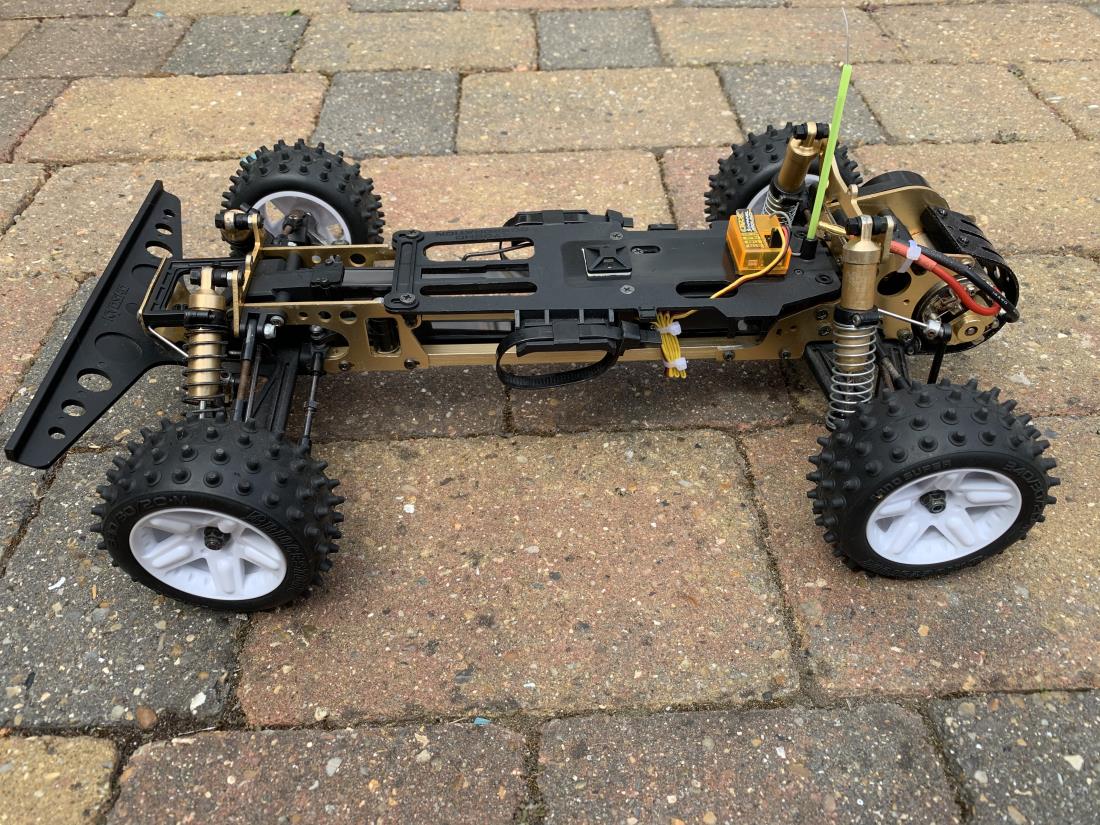 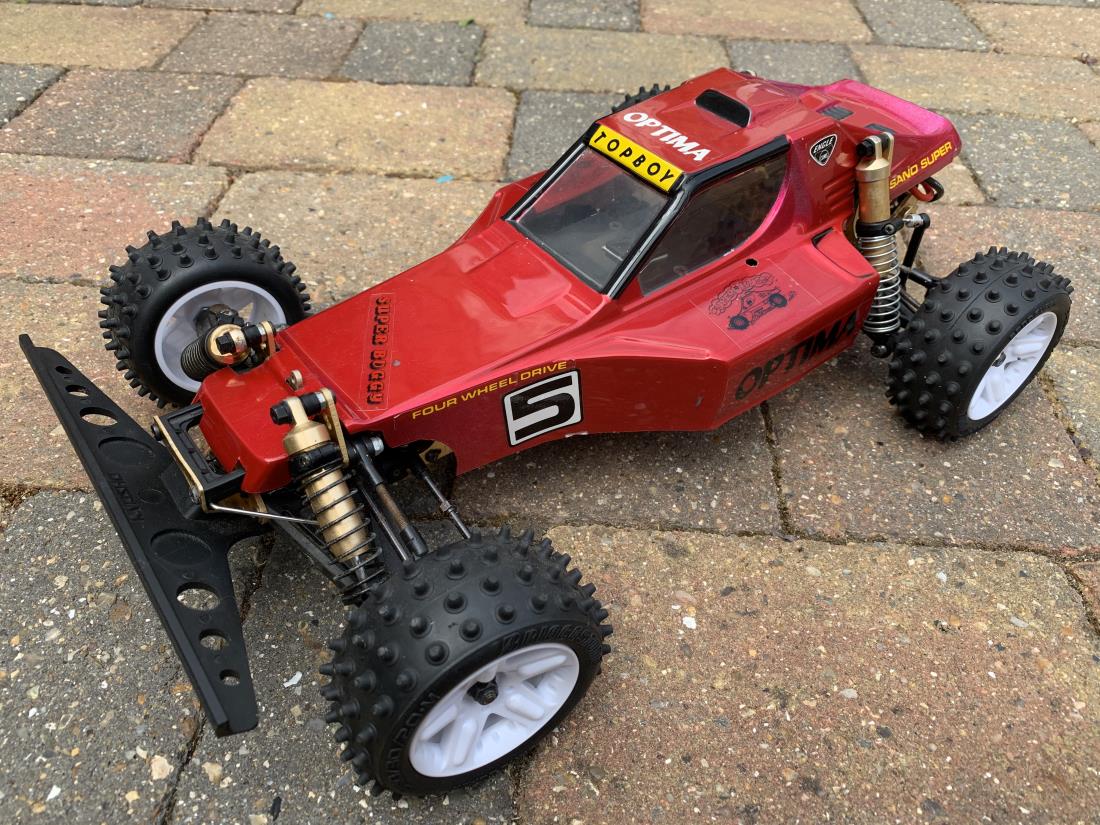 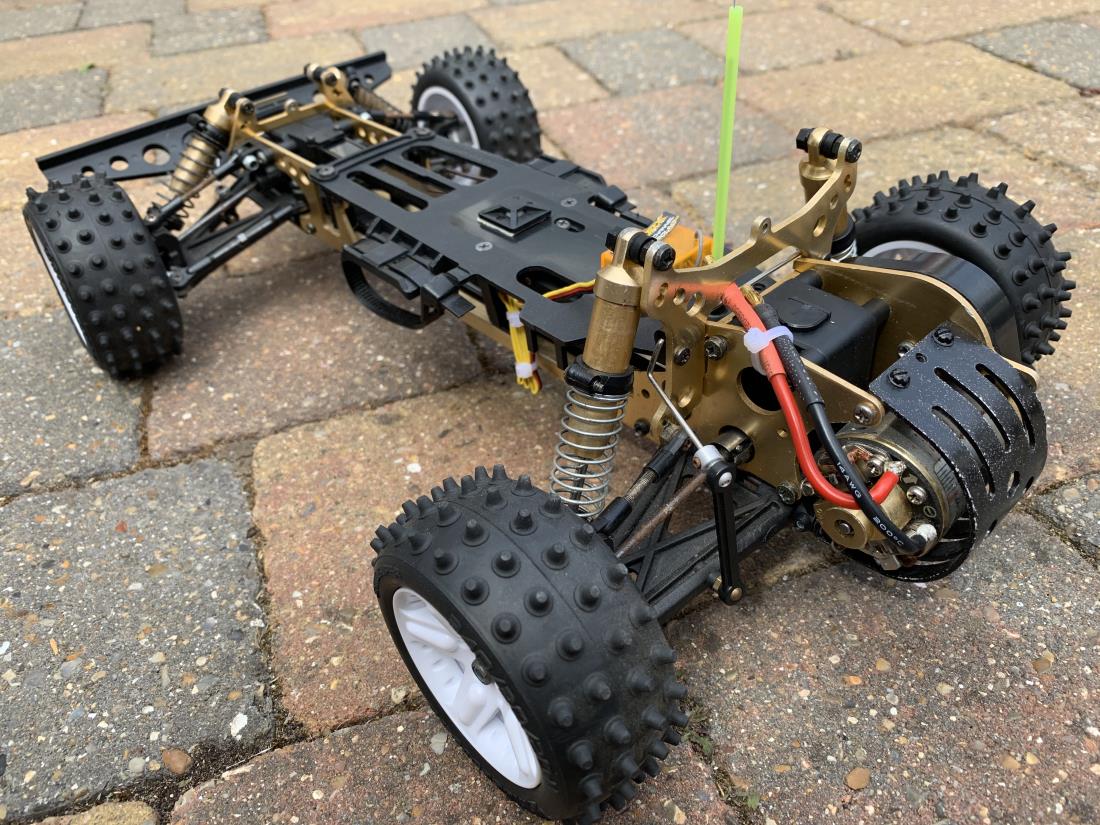 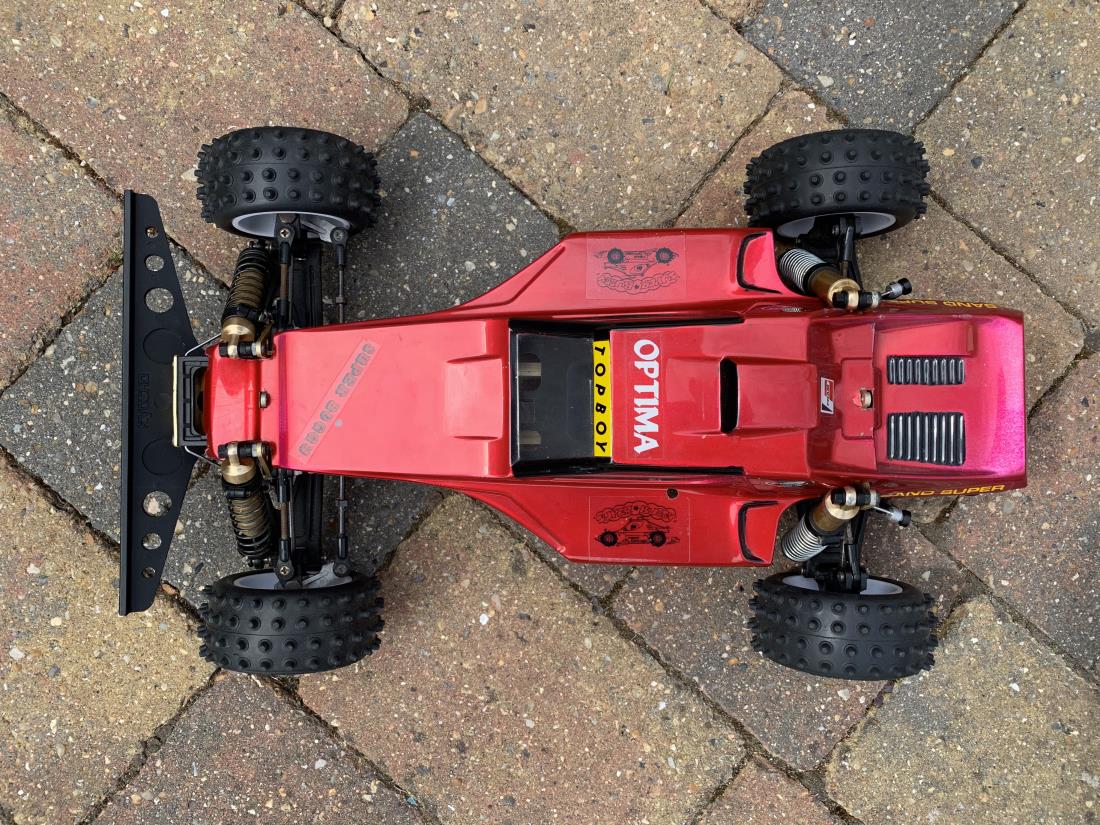 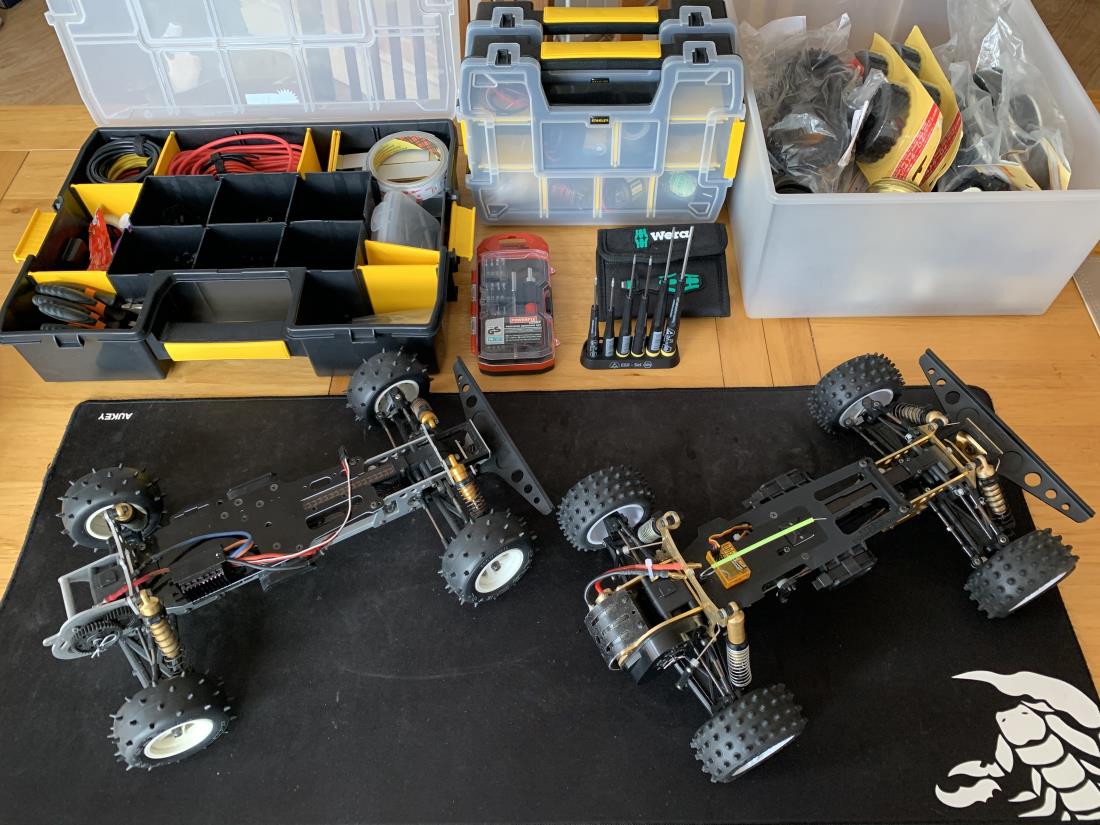 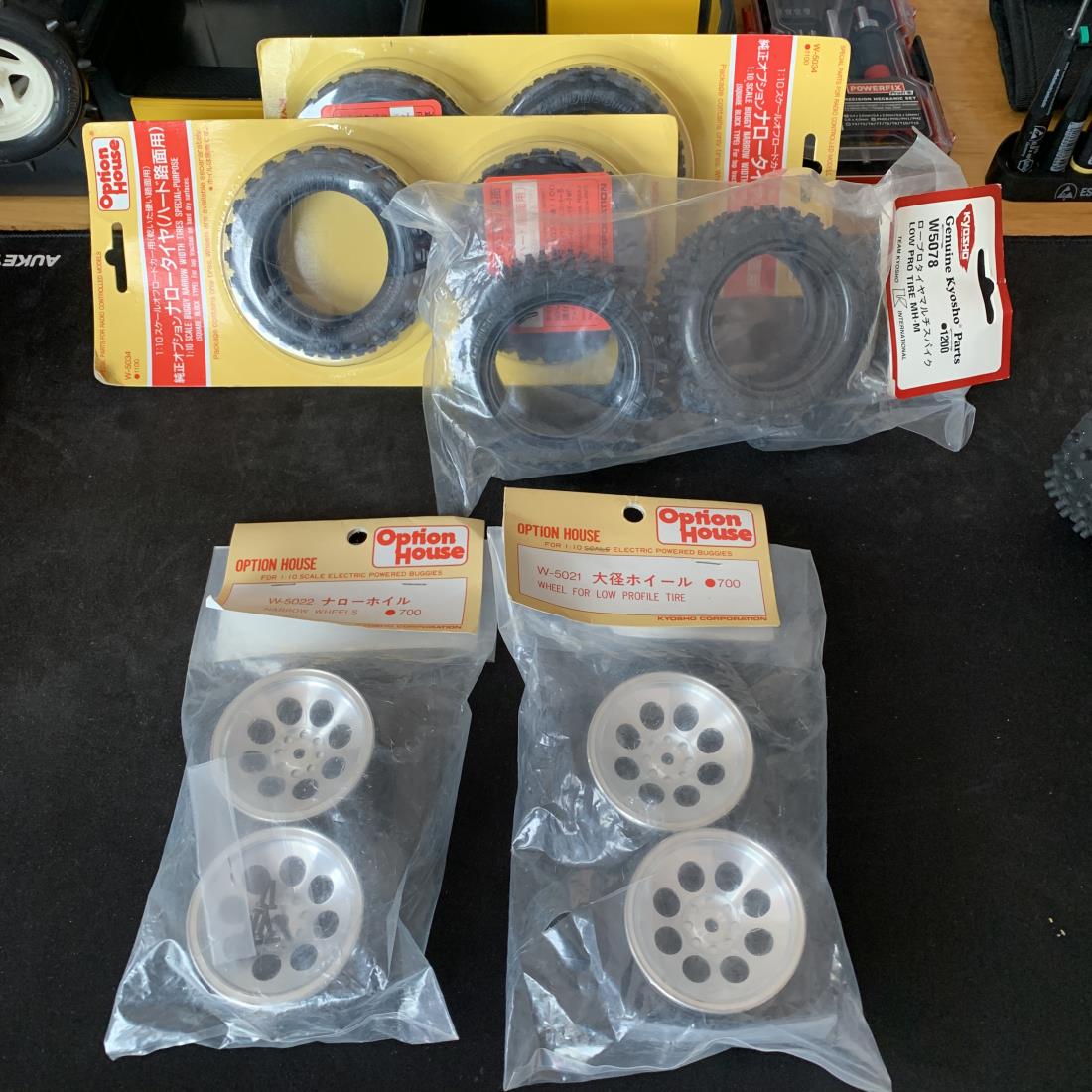 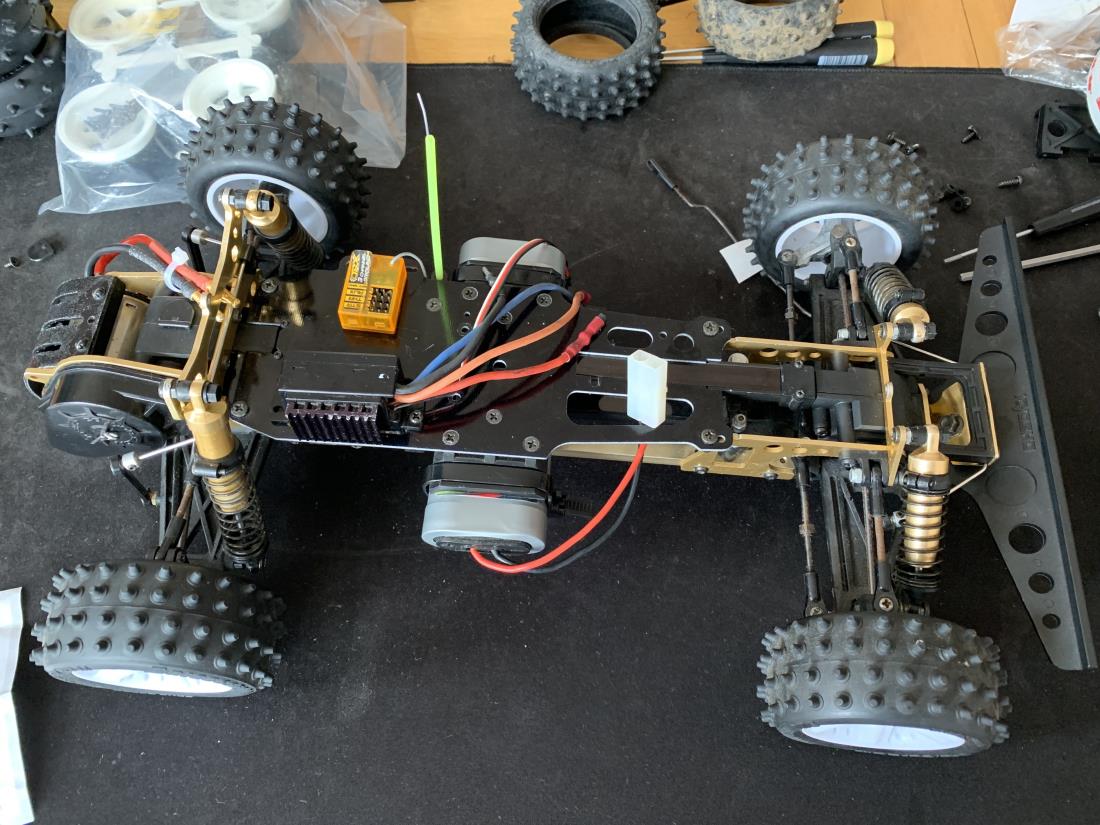 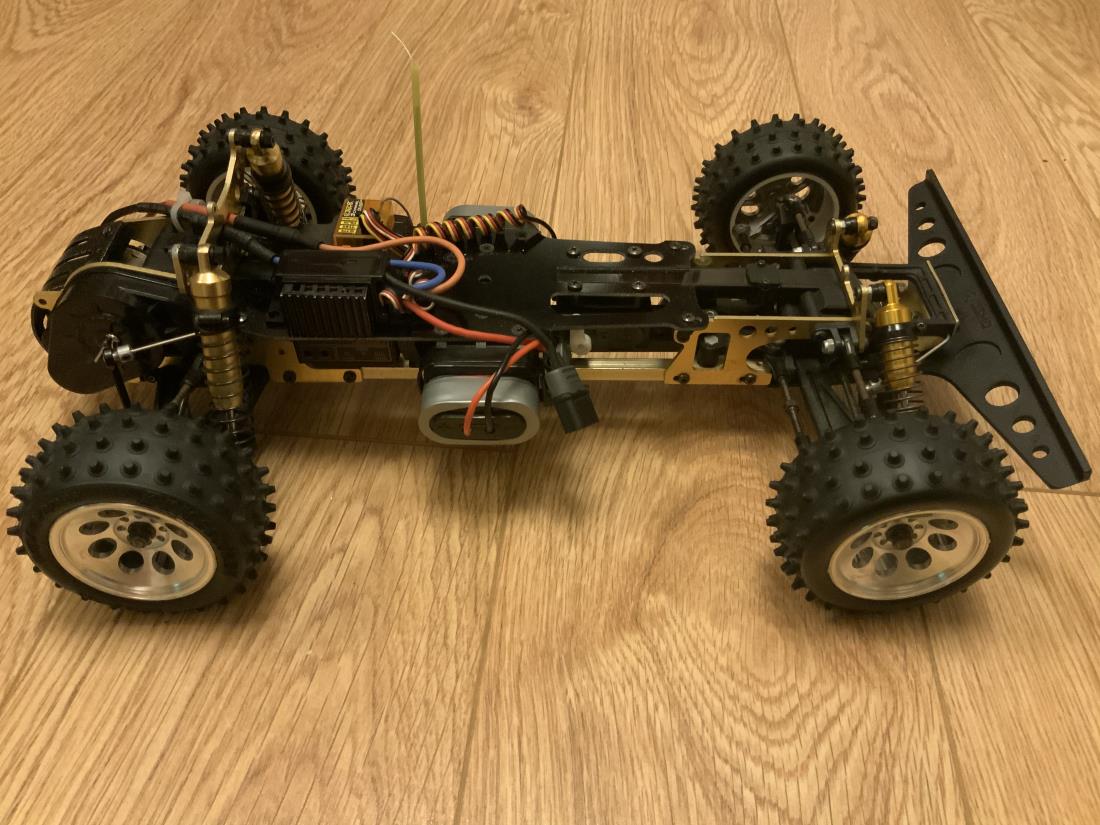 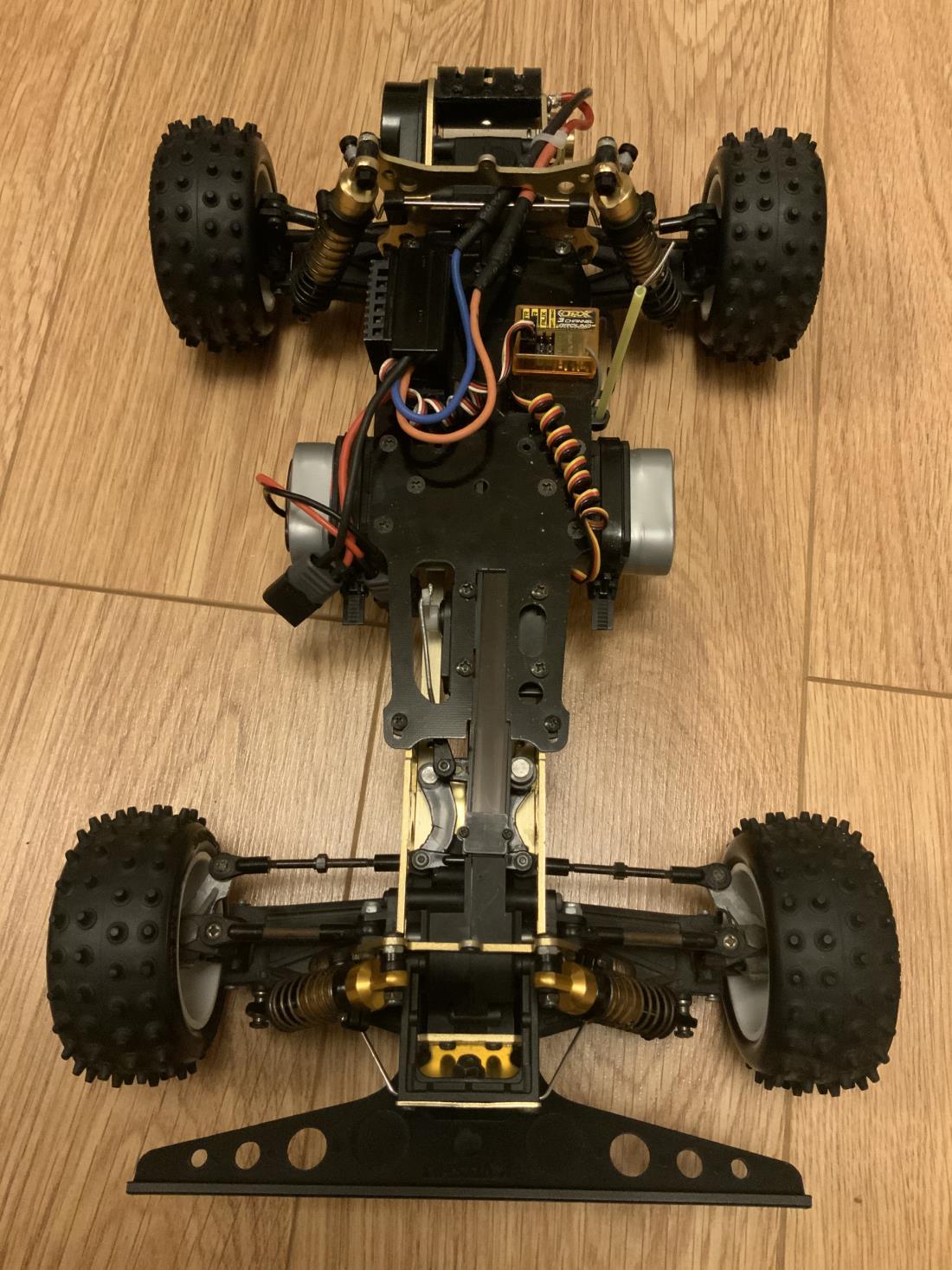 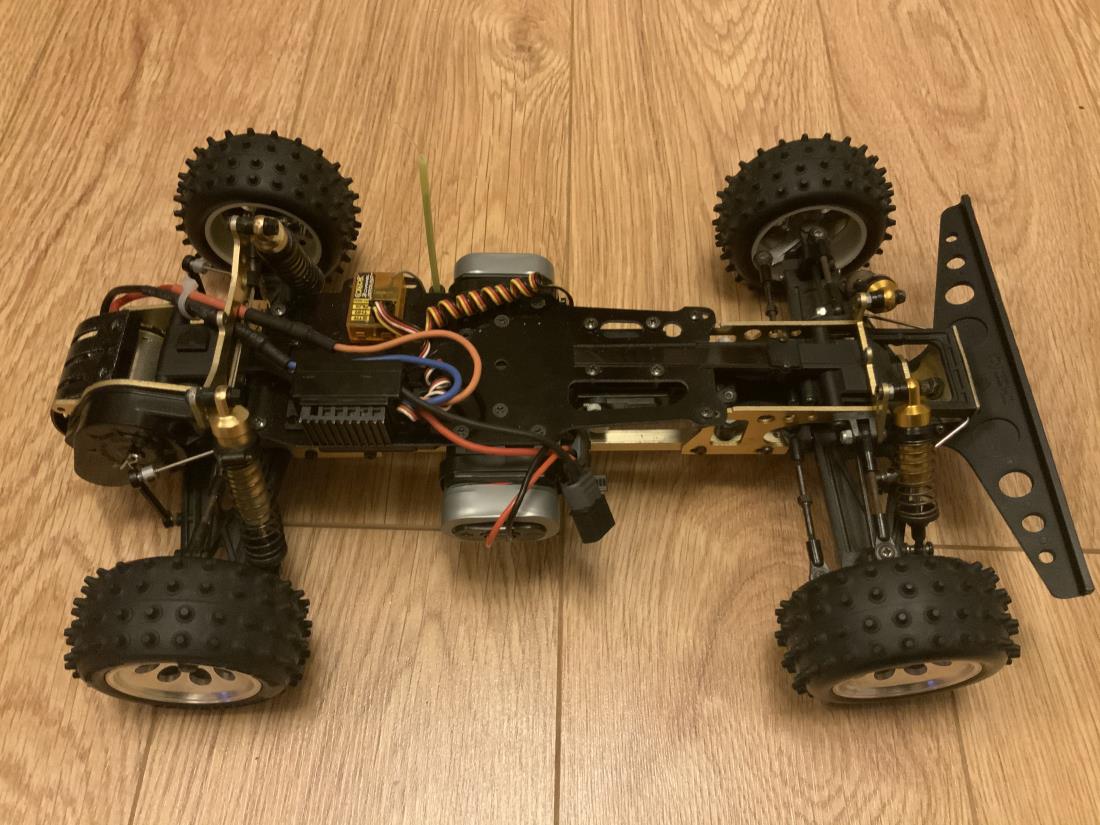 Fantastic, is this going to be a runner or just for show?
Nice write up as well, it’s great finding out the history of members cars.

Fantastic resto...glad your rescued it from the loft!!

Hi, I’m currently look for a period speed controller to try and keep it as 80s as possible. She will be a runner and I would love to find a vintage race series to enter.
I guess the only thing I’m conscious of is breaking parts that are becoming difficult to find, and I don’t really want to have to use later legendary release parts.

The second chassis is a chain drive original

Since my comment I have restored my sons Optima from about 1987-8. I was able to replace missing items with re-re parts which made the project feasible. Doing my due diligence i noted that the first belt drives required a modification to the gear box, do you have a photo of that for your gallery? Also it is not clear to me how you are going to mount servos. I am puzzling through this now on my car. I have one very worn post, so I am likely to replace the whole servo saver with the re-re parts. My old servo was taped to a four post carrier that bolted under the top deck. What is your plan. I like the ESC sitting in the old throttle servo mount I my try that. Regards.

Hi, you’re right the gearbox did need a small modification, unfortunately I don’t have an image.
On the original car the servo mounted under the radio plate on a mounting plate as you say, it was servo taped and cable tied in place. I’m trying to keep my as original as possible, so I haven’t used any re-release parts, so I have servo taped mine steering servo in, it’s not likely to go racing so right now this is good enough. If you can find one without the mounting wings cut off, the Futaba MC112b is perfect for this vintage of car. I also like the way it mounts,

If I can help at all, please feel free to PM me.