With the APC shell that I built for my G6-01 having come out rather well, I have been finding myself rather reluctant to drive the chassis to its full potential for fear of messing it up. With the G6-01 being such a great offroad performer, this is not doing it justice, so one of my Coronapocalypse projects was to build it something a little more expendable to wear.

I started with a bunch of pieces of leftover plasticard from previous projects, and photos of various vehicles that caught my eye. There was the big-tyred 6WD Trecol of course, which also inspired my APC build. There was the asymmetrical Terberg shunter. And there were various angular utility and agricultural vehicles that would naturally get a bit battered and dirty during the course of their working lives.

Without any real plan or template, I started sticking bits of plastic together, and came up with what you see in the pictures below. At some point during the build I decided that it would be painted red and would represent an all-terrain delivery vehicle as used by the Royal Mail in rural areas.

However now that it is at this point, I am not sure if I want to add Royal Mail decals or not. On one hand I think they would look great, but on the other they would add to the expense of the project which has so far been minimal, as well as make it more difficult to repair/repaint if it gets damaged. These factors are likely to make me hesitate to drive it vigorously, rather defeating the point of having built it in the first place. It therefore remains decal-less for now. 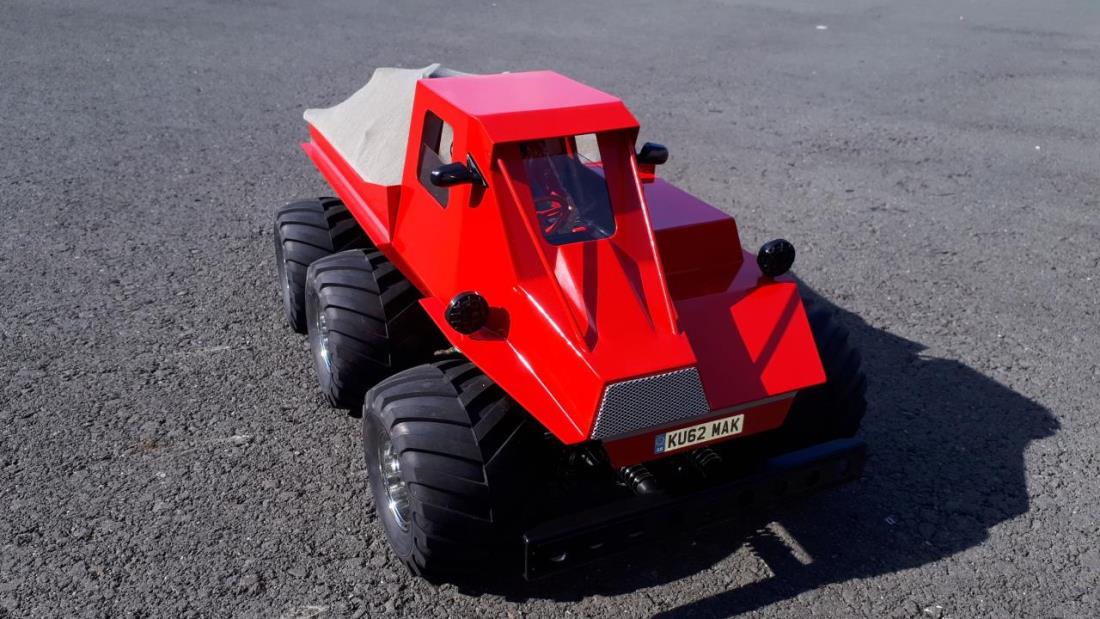 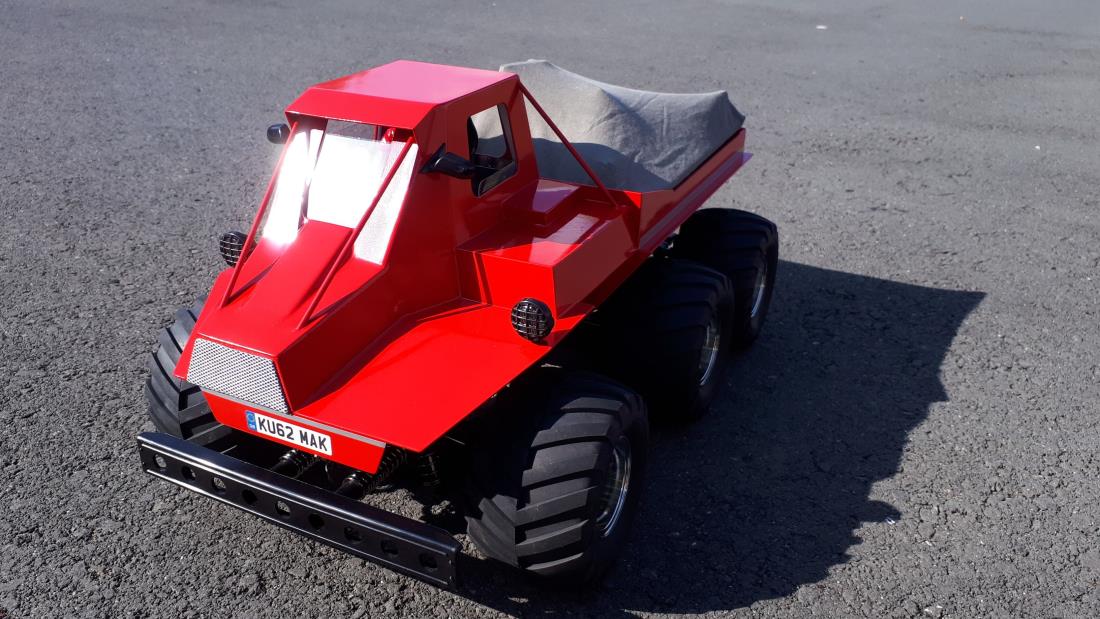 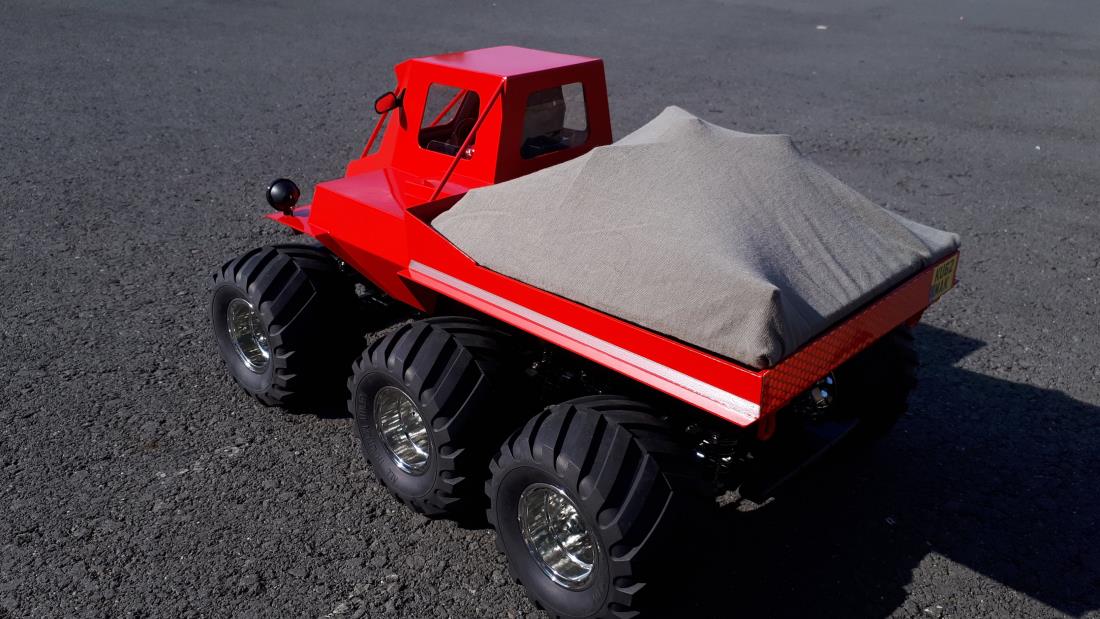 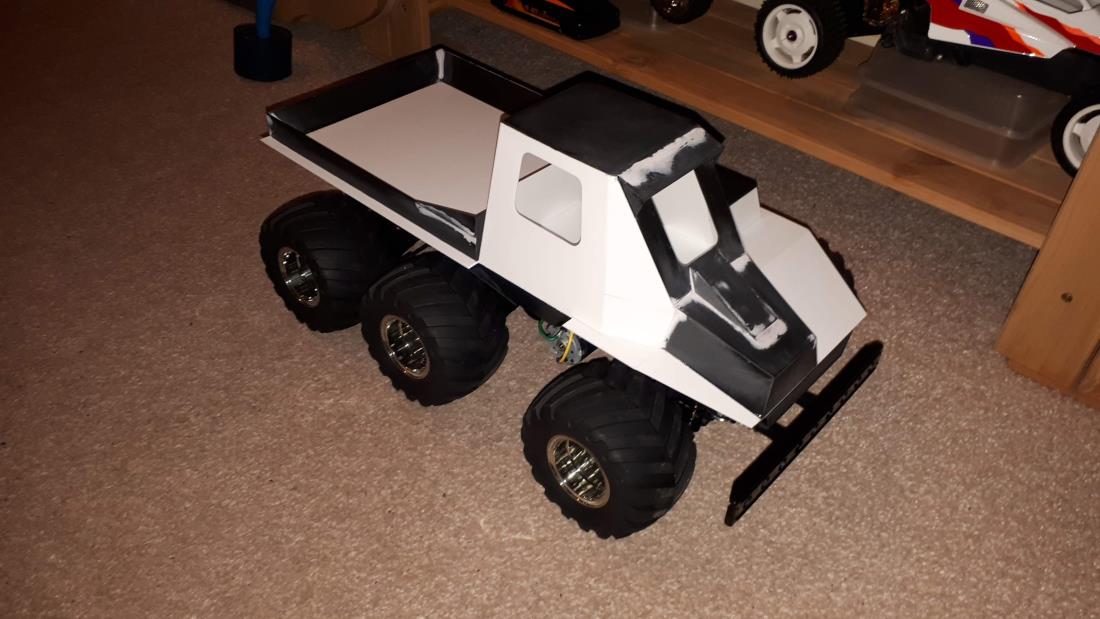 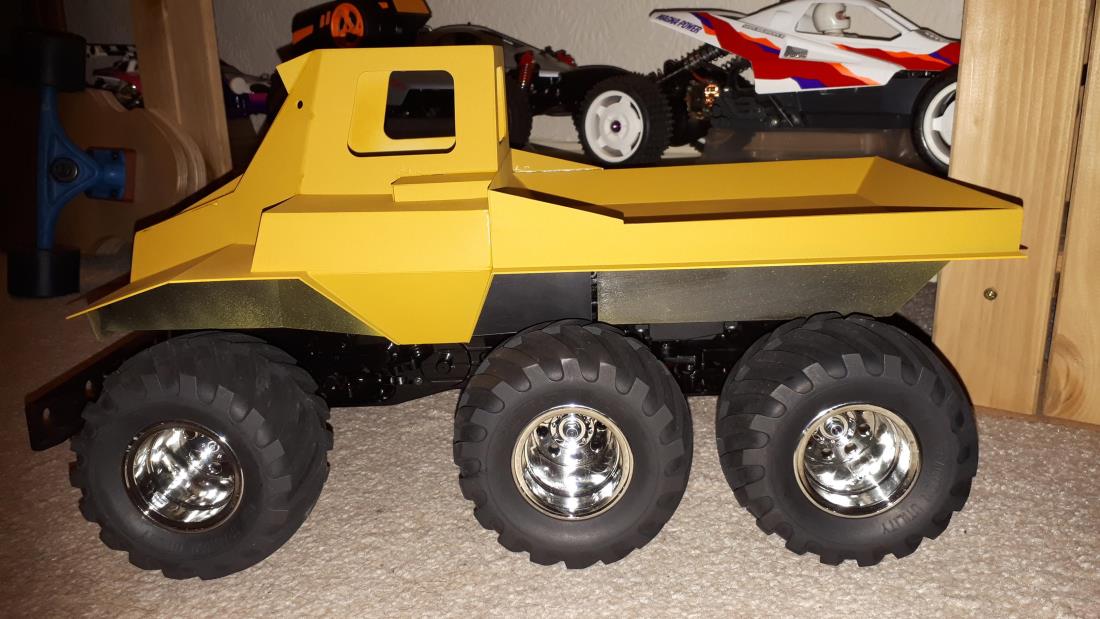 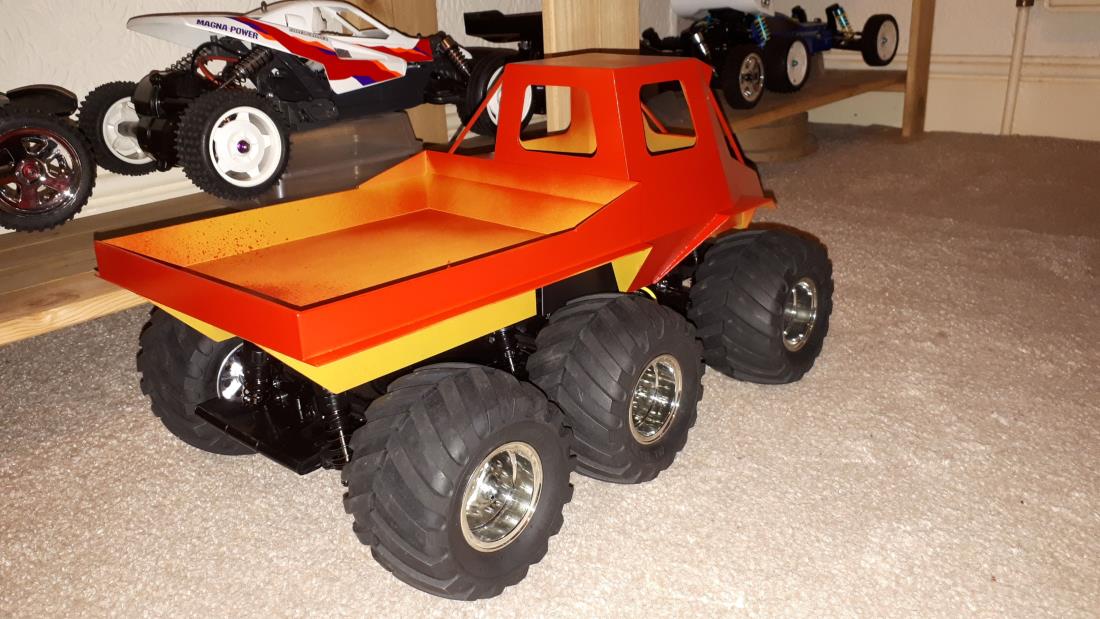 If you liked those pictures, you should see these...
G6-01 APC

Great scratch built truck, beautiful coat of red on there.
Just leave it plain for the time being, and see how feel about decals later. That’s what I did with a runner Buggy Champ, it was like having a new shell again 6 months later all stickered up.

Very nice scratch built body.. I love the asymmetry but you might've done such a good job that it looks too nice to run also.