This is the kind of truck that caused me to be a Nikko Fanboy lol.

It's based on the F10 buggy chassis and is to all intents and purposes a hobby grade in toy grade packaging. The transmission is very similar to the Tamiya CW-01 but the front end has trailing arms more like a Wild One. They came stock with 540 motor, tough nylon gears, metal diff gears, standard size bushings that can be replaced for bearings etc.

Nikko took durability really seriously when they were at their peak and this truck is no different having a buffer/shock absorbing mechanism built into the spur gear as well as metal braces between the diff and spur gear shafts to prevent any chance of the gears being able to get too far apart and slip. Alloy steering knuckles were also standard.

They make a great candidate for converting to hobby grade electronics although in this case, I decided to avoid major alterations and used the electronic board from a more powerful Nikko model combined with a 27T mod motor. I probably spent the most time just cleaning the thing. It was filthy when I got it but I guess I lucked out because it was in near mint condition underneath all the dust!

They benefit from bearings like any RC and despite being very high quality compared to most toy grades, they are still mass produced in a factory so they benefit from a little shimming here and there.

I love the goofy/garish looks of these old 80s/90s rigs but the front bumper is a little disproportional even for my tastes so I whipped that off but kept the rest of the looks intact.

I don't run it too often because it's in such nice shape but I do have a later variant known as the Thunder Falcon which is converted to brushless and that get's used quite often.

The mk1 Scorpion is pretty rare in the UK so I tend to look after this one. If I ever find one a little more used and worn out then I might turn it into a frequent runner! 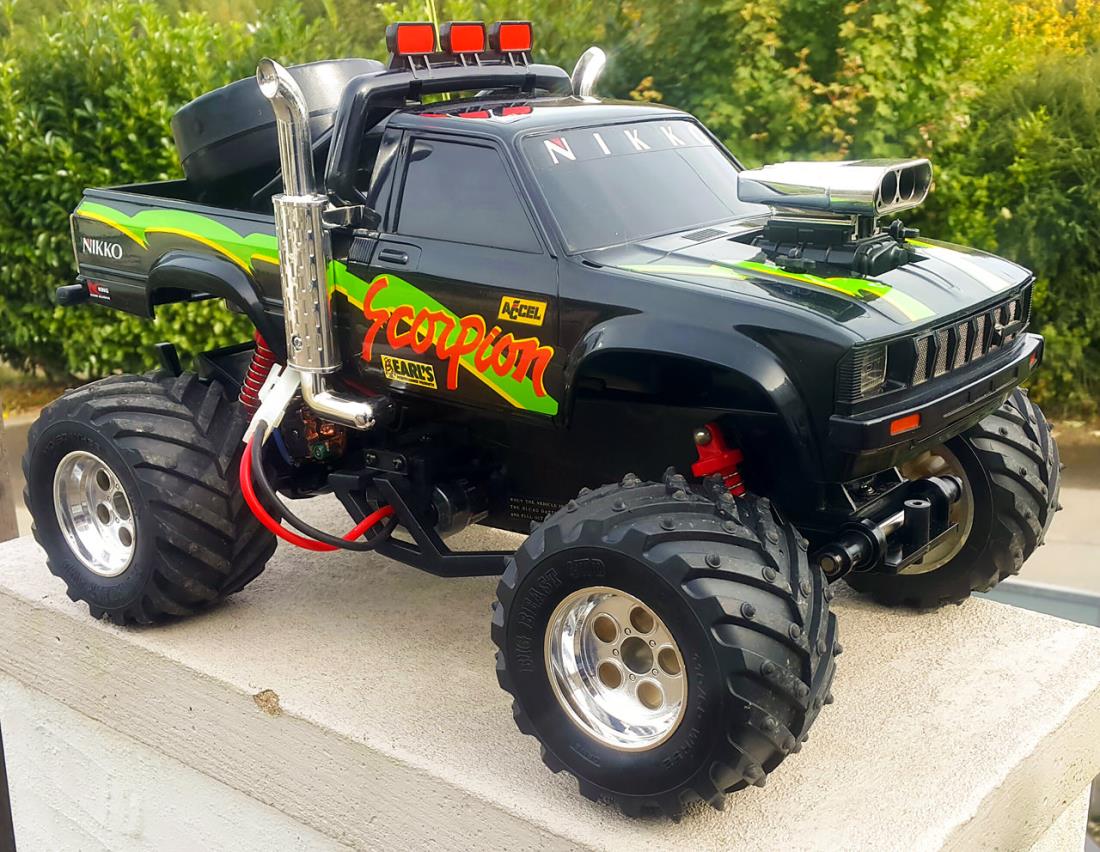 26 How the truck currently looks. 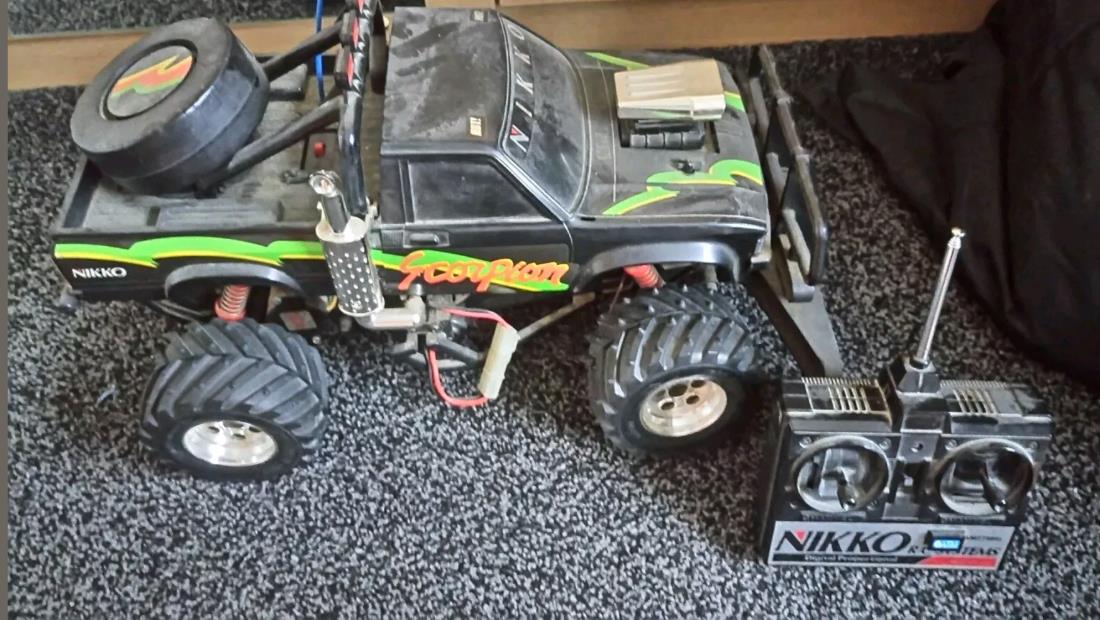 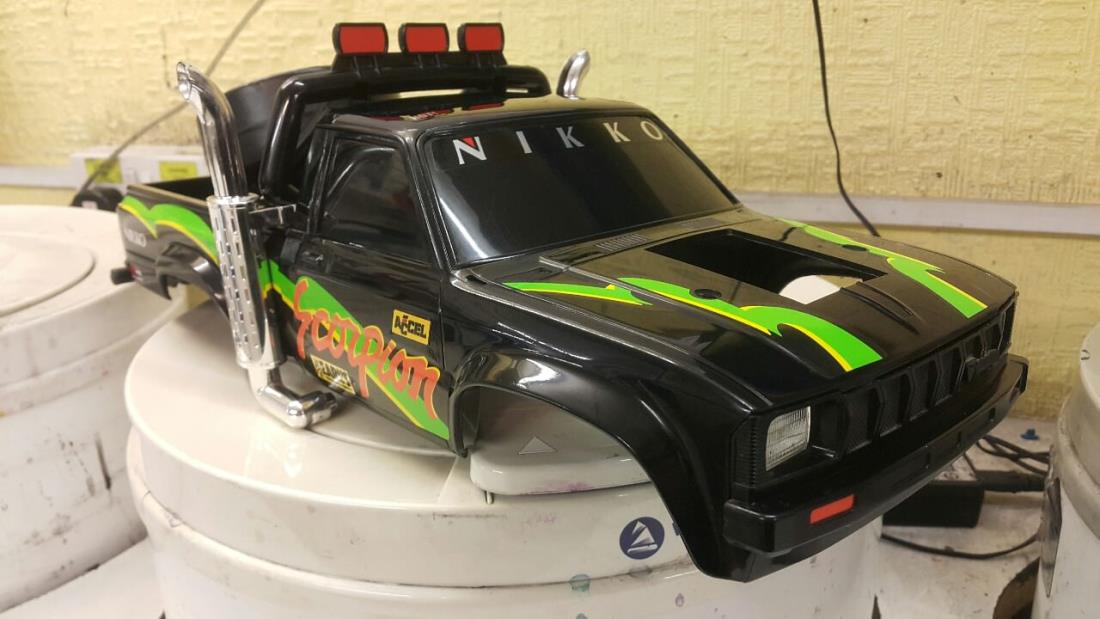 23 Body after full strip and clean.

Very nice - great detail on these shells too . I've just finished converting a Radioshack 4x4 truck to run with modern electrics and battery pack . Runs well but NO damping whatsoever , other than the puffy tyres