Originally a battered and broken thundershot bought off ebay back in 2003 for about                £25. It has since been rebuilt a few times with new parts and is the most heavily used of all my cars. This year alone it has clocked up a solid 14 hours of run time and has suffered no breakages since the last rebuild in 2007. All it has needed is new tyres, actually alot of new tyres as it chews up tyres in some cases in as little as 5 mins.

It has run numerous motors over the years but in 2007 I starting using the Reedy 19t because I was getting fed up of twisting drive shafts and eating gearbox etc with the previous Tamiya Dyna Run super touring motor.

The front A5 part has been replaced by my own cheap and effective mod which is to use the rear suspension mount instead (which is more flexible and more rugged than the A5. I then slice the bottom half of the broken A5 and bolt that to the bumper. A long screw is run through the pre-existing hole in the chassis and the bumper mounted 'A5 bottom half' then simply clips over the screw and is held firmly in place. The advantage with this is that any severe impact on the front bumper simply pulls the bumper outof its location and it can be clipped back in, normally with zero breakages. Not having the bumper mounted directly to the lower suspension mount means that front impacts put no stress into that part and I have run like this for 13 years, probably over 300 hours of running with no further issues. No need to spend                £30 on an alloy part, this method is virtually free as long as you can find a rear suspension mount second hand.

The chassis is now mostly terra scorcher although the rear upper suspension mount is actually fire dragon I think. It has anti roll bars front and rear, twin front shocks, adjustable upper arms, fully ballraced including thrusts and is powered by a Reedy 19t spec quad mag motor (still permitted under BRCA motor rules). For non race use it runs an 8.4v 2000mah NiCd pack made up of sanyo cells. The speed controller is a Novak rooster.

I have four of these 8.4v packs and they are all 15 years old, have been charged approx 1000 times each and still charge upto 90% of capacity. I get approx 6-8 mins run time using the Reedy 19t with 8.4v with a 13 tooth pinion. (Used to get 10mins when the packs were new!) The buggy is still very quick, is very reliable and doesn't overheat (there is a cooling fin on the motor). Obviously not as quick as modern buggies running brushless and LiPo but this is an old school buggy with old school power.

Shell is painted in Tamiya pearlescent paint with a smoked cockpit window. 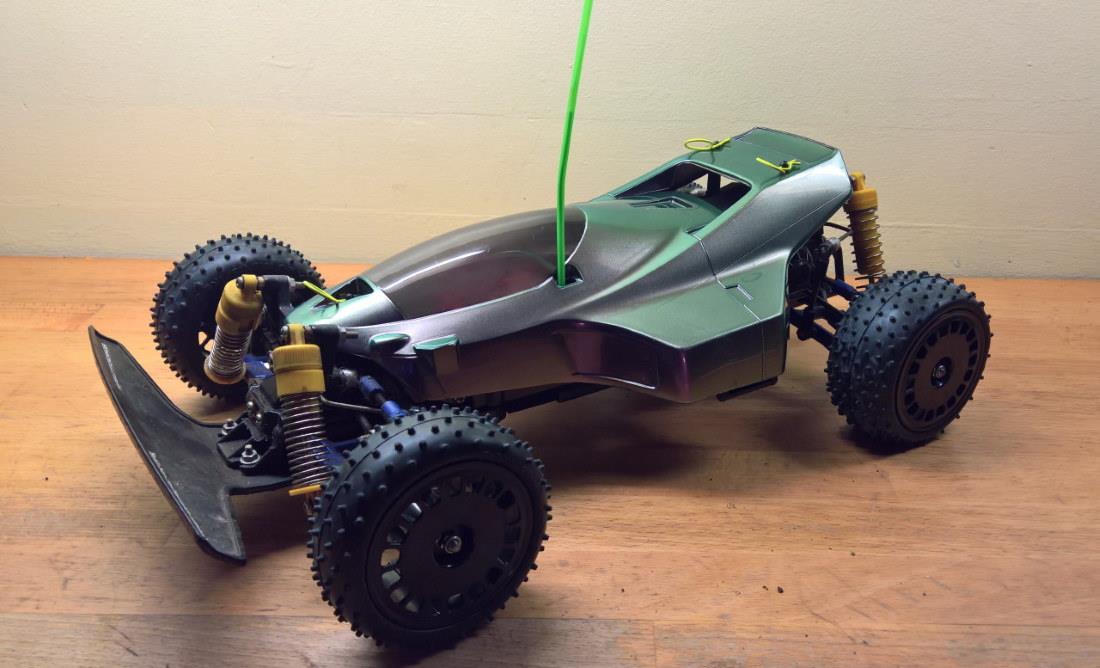 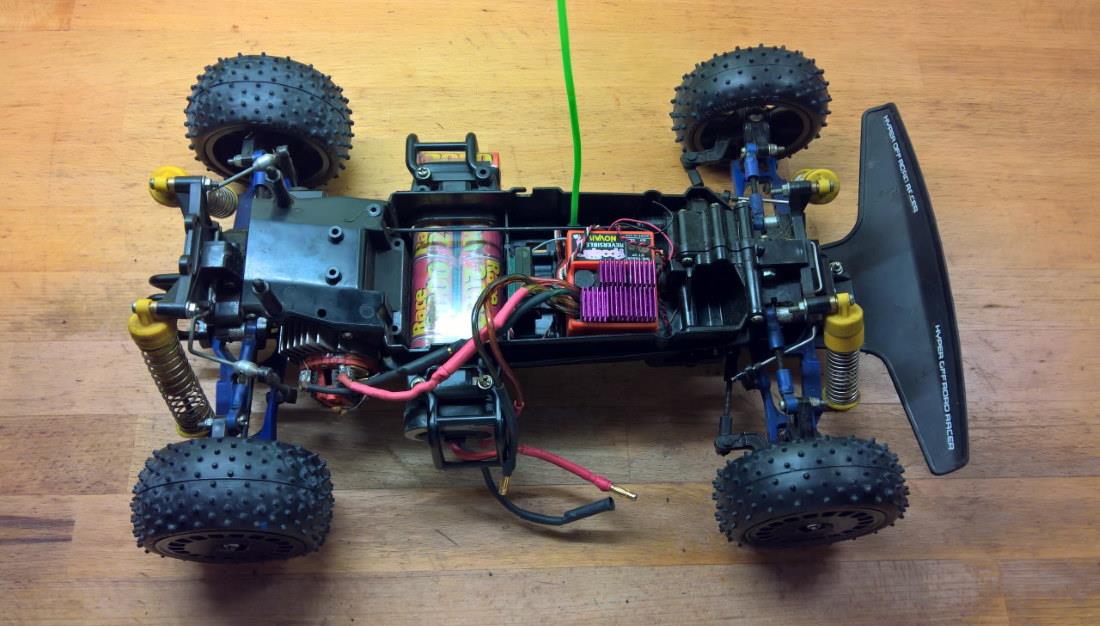