This is my 1989 Traxxas Radicator that's represents a combination of two Radicators that I purchased from Ebay. The first one came in September 2020 for $173.50 USD and the second one came a few weeks later in October 2020 for $125.00 USD. I have no childhood connection to this or any other Traxxas model but first took a liking to the Radicator about 5-6 years ago when I saw a beautiful shelf queen example at the VONATs here in the northeast, USA. Their white plastic parts, low COG and high wing give the car nice lines and an aggressive stance. While Traxxas is now a main stream r/c company well-known to every enthusiast, 30+ years ago it was a small, less-known but up-and-coming company trying to compete with the giants of the day like Tamiya and Kyosho. That probably explains why I didn't know ONE childhood friend who had a Traxxas r/c vehicle BITD. The first Radicator came with the box, instruction manual and related paperwork, unpainted original body/wing, 7.2 volt NiCad battery/charger, Futaba stick radio gear, Tamiya ESC, 540 brushed motor, two extra 540 brushed motors, spare set of Falcon(?) rims/tires, a couple of small tools and some miscellaneous spare parts. The second one came with a white body/wing, period-correct Traxxas pistol grip radio, Traxxas XL-2 ESC, a 540 brushed motor, original manual and related paperwork and a few Traxxas/Radicator decals. At the time of purchase, the only thing the first one needed was a left rear shock shaft. The unfortunate news is that it arrived with a cracked front bumper and broken left rear suspension arm which likely occurred during shipping so the seller was reasonable and gave me a partial refund of $35.00 USD off the original sale price of $208.50 USD. I immediately purchased a replacement set of rear A-arms with most of that money and replaced the broken rear suspension arm. The second Radicator was in better shape overall except for the body, tires and rims so they were swapped to the first one which is now for sale on Ebay. I purchased a spare set of differential gears and repro decals from MCI so the plan is to occasionally run this with old original tires/rims and a re-released body. More to come as I make progress. Thanks for looking and hope you enjoy. 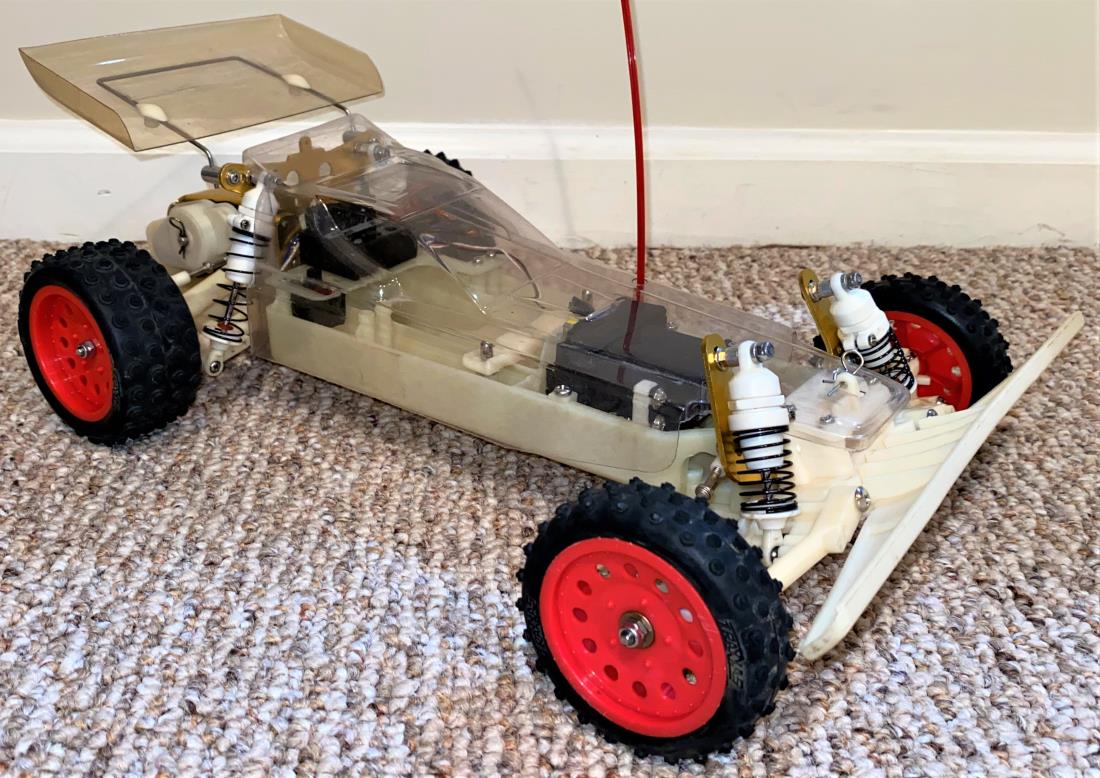 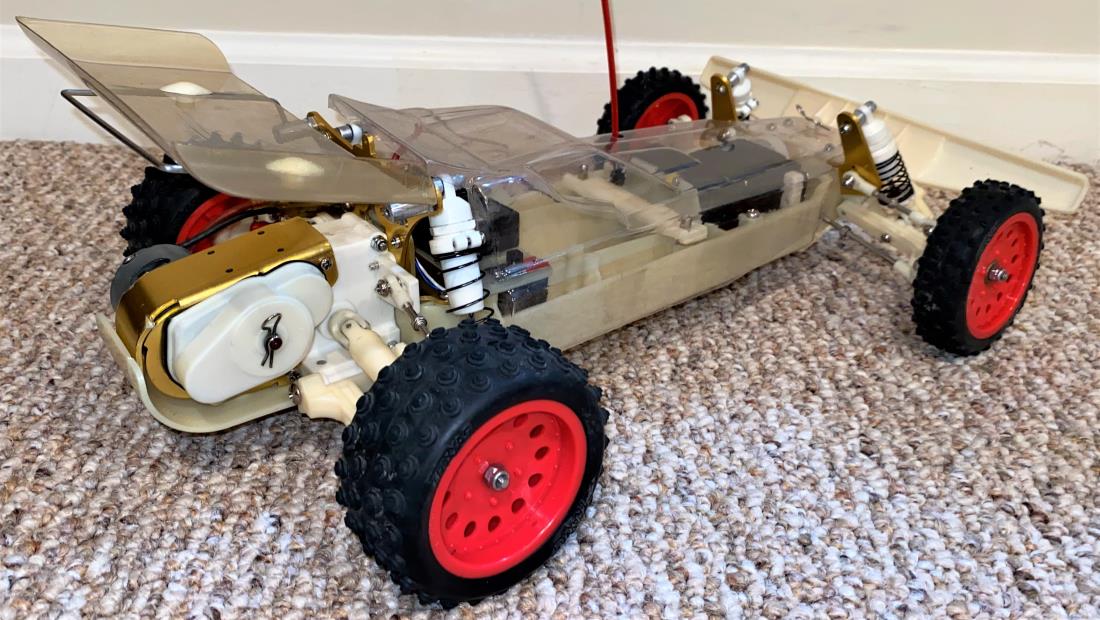 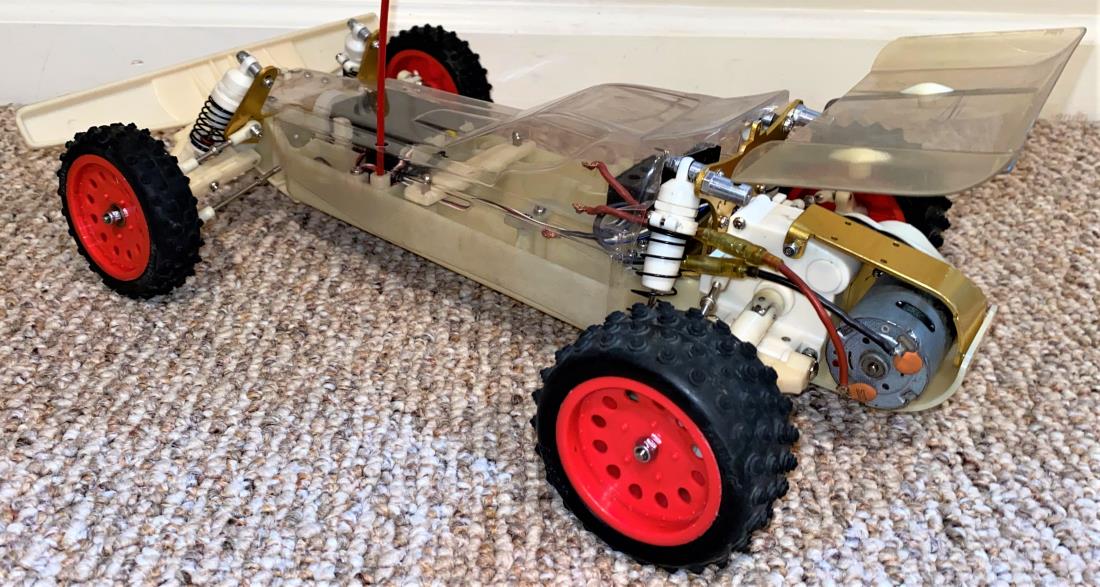 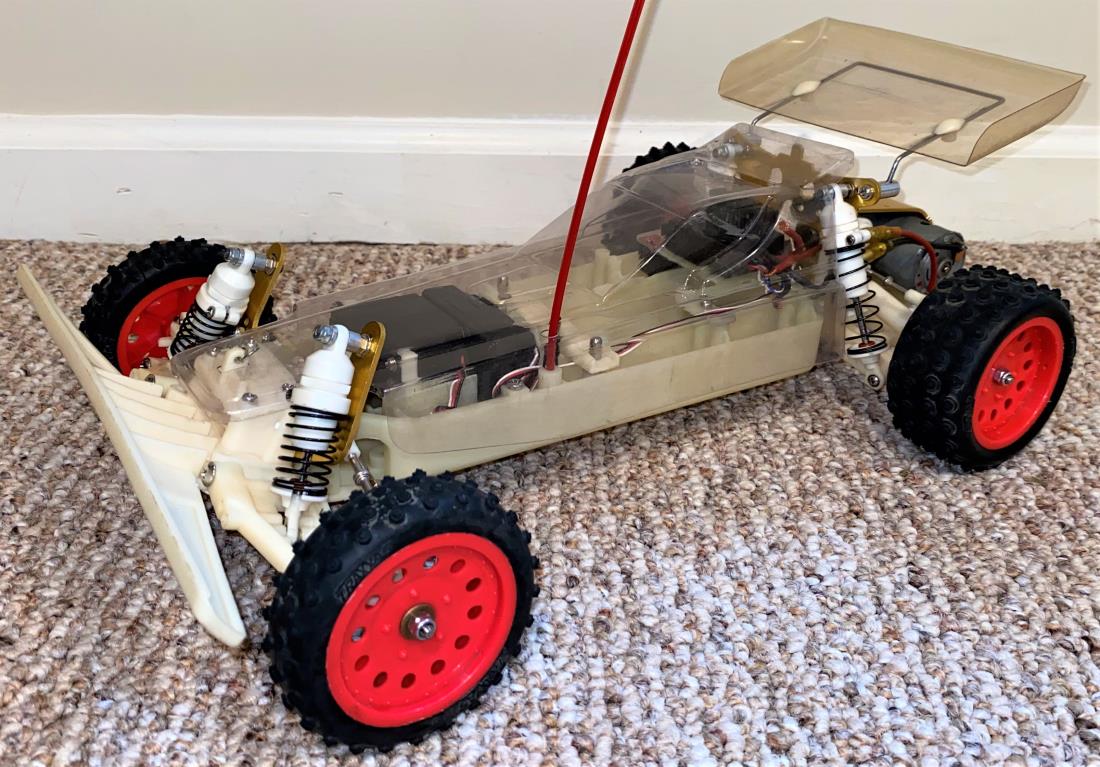 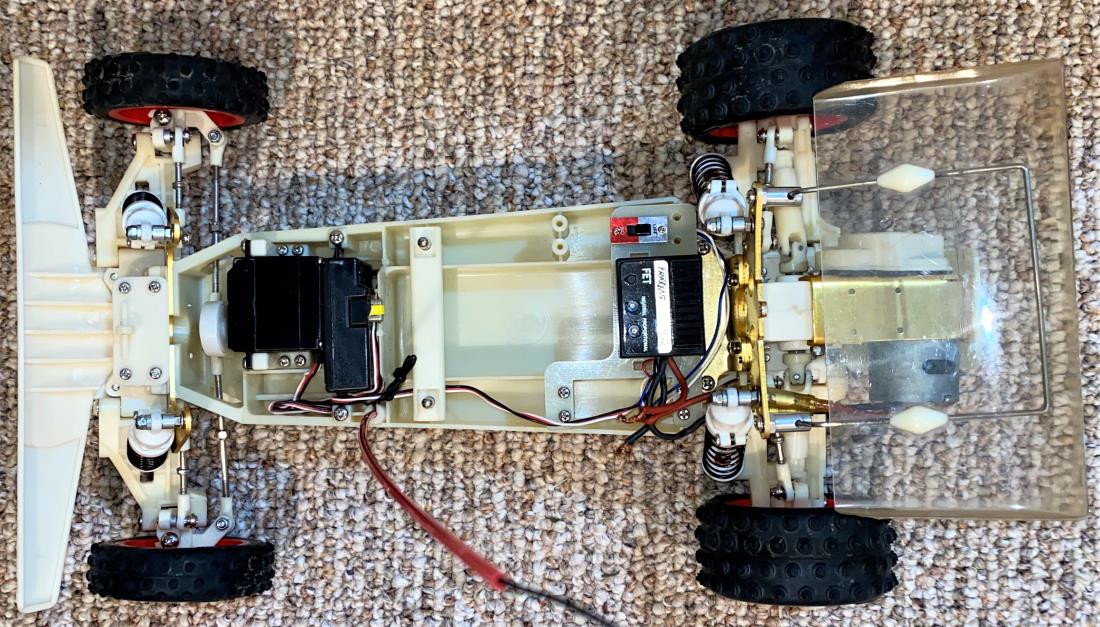 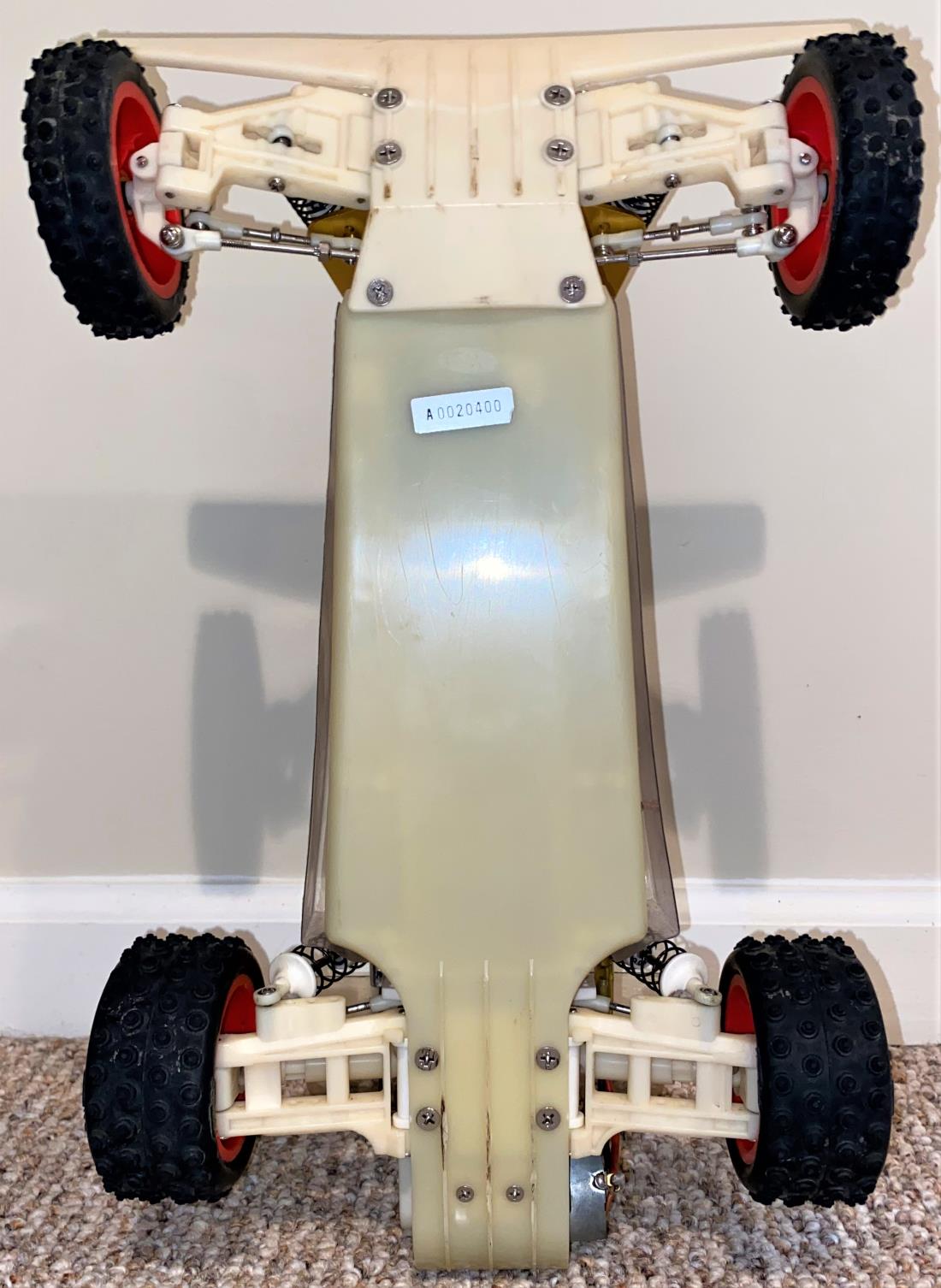 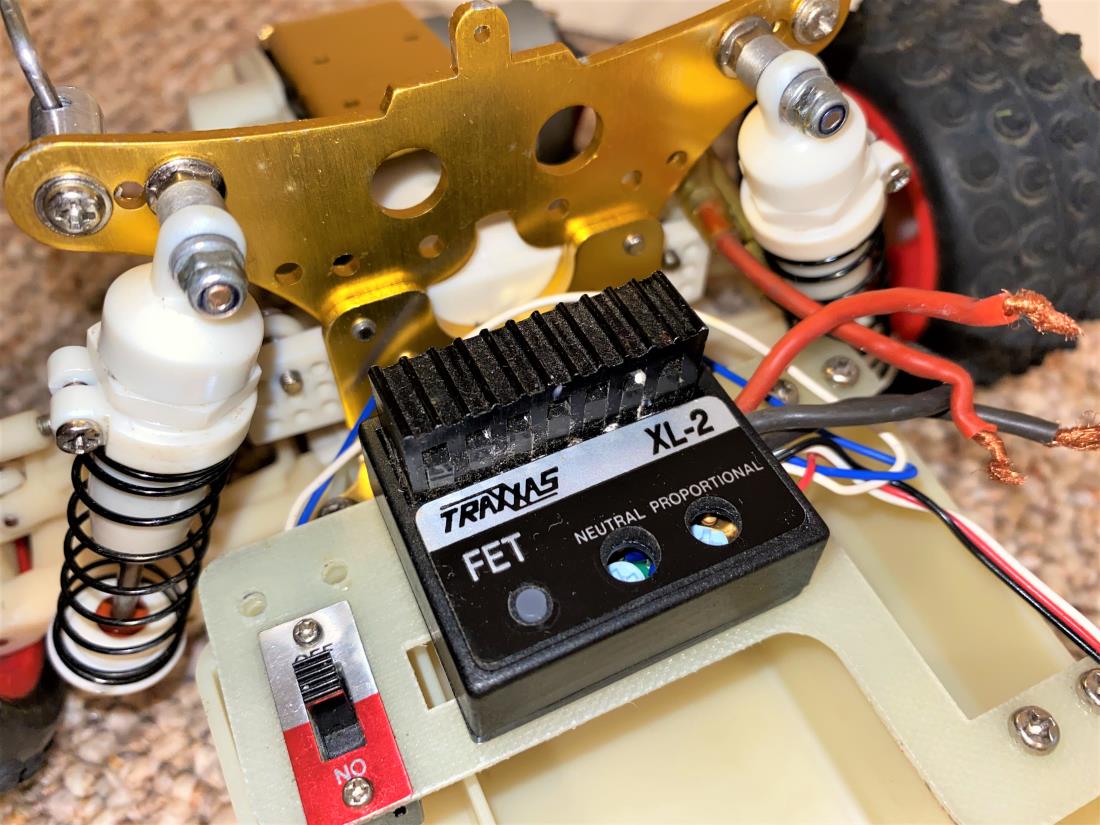 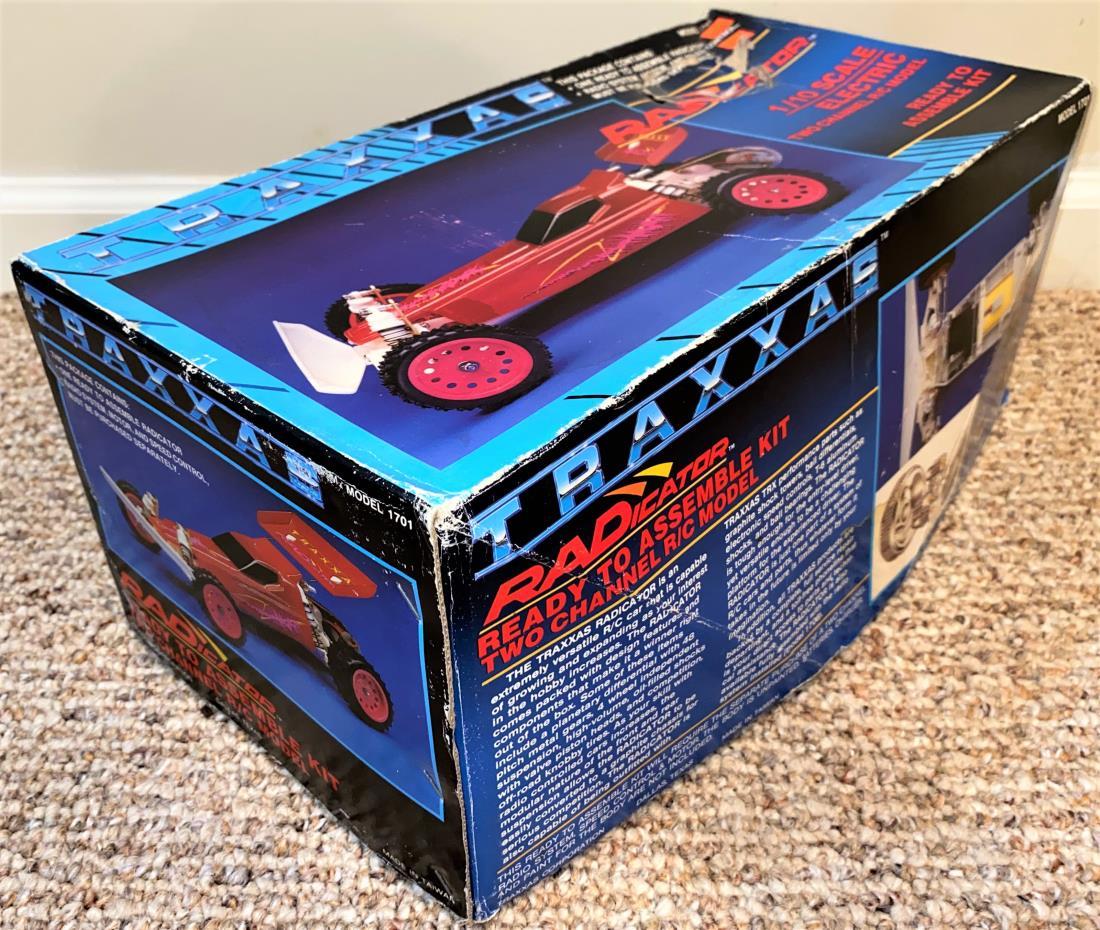 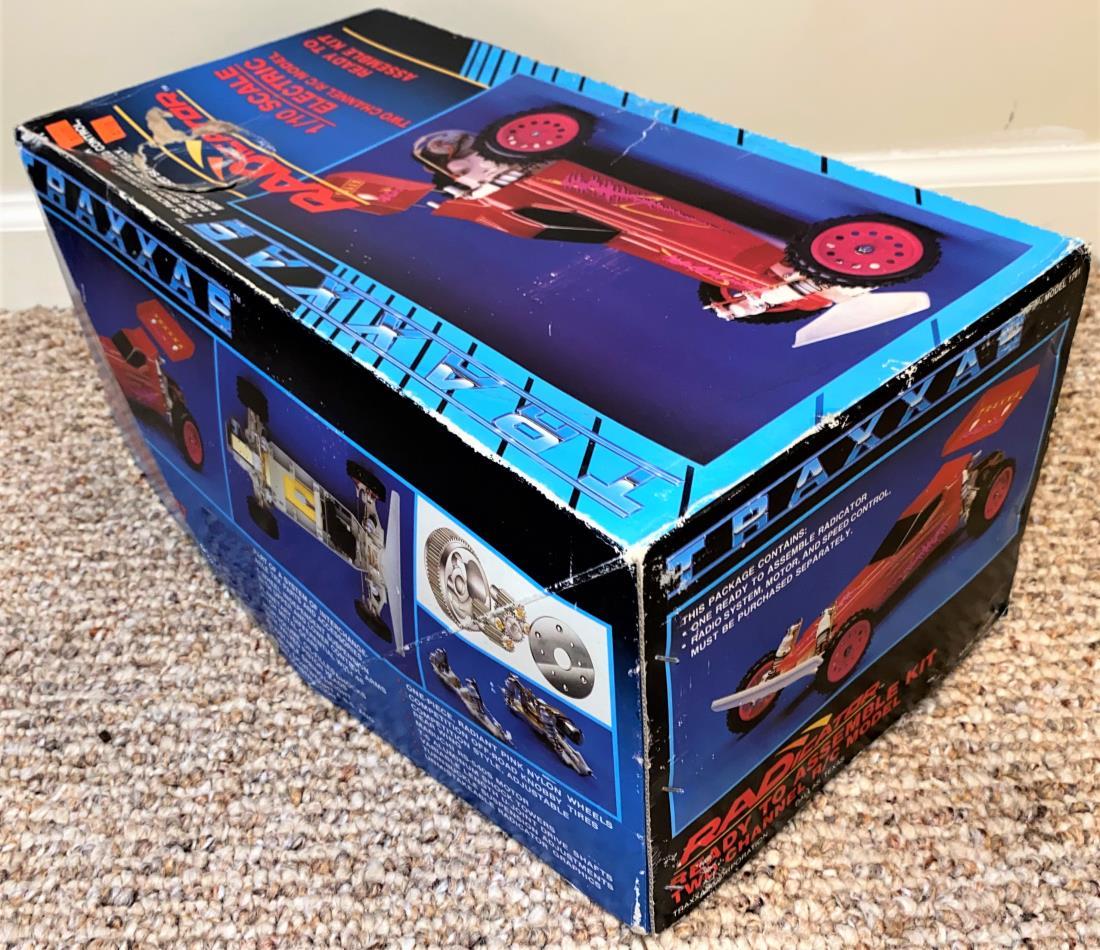 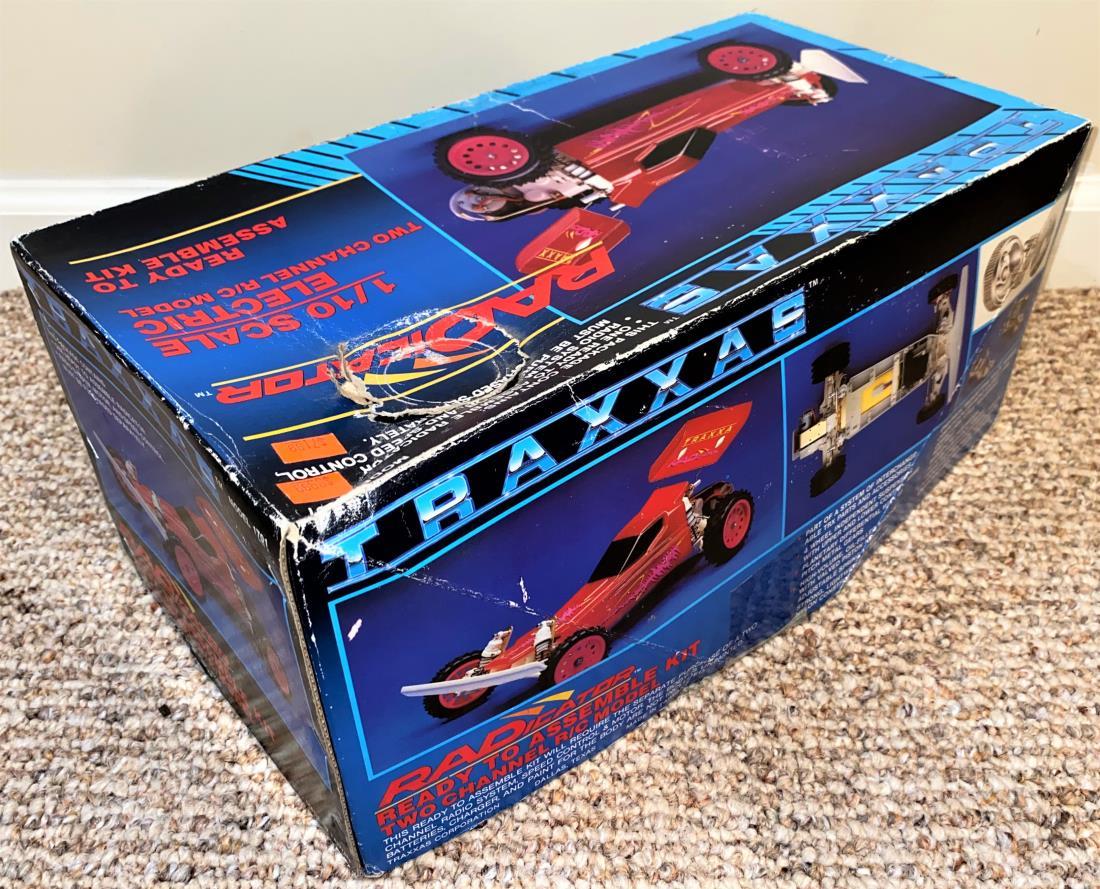 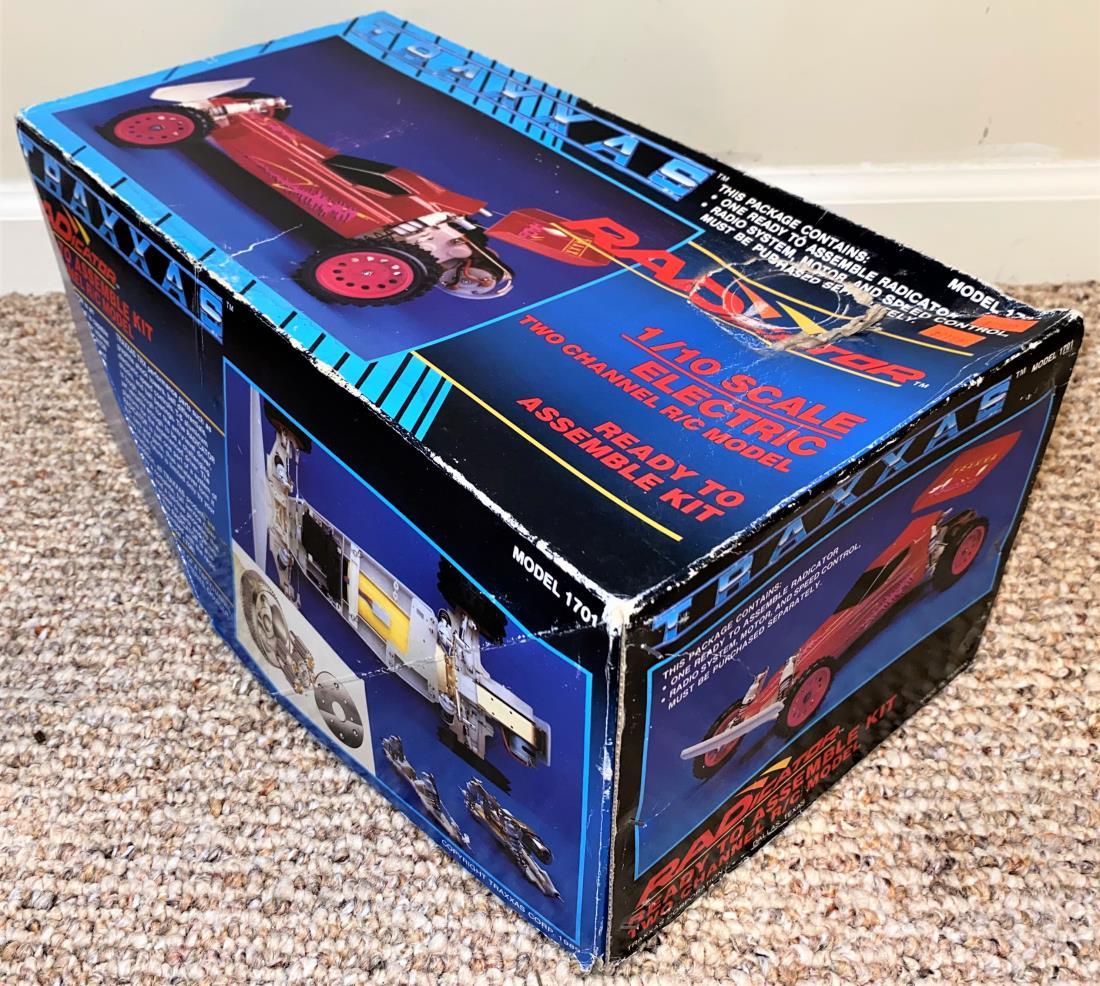 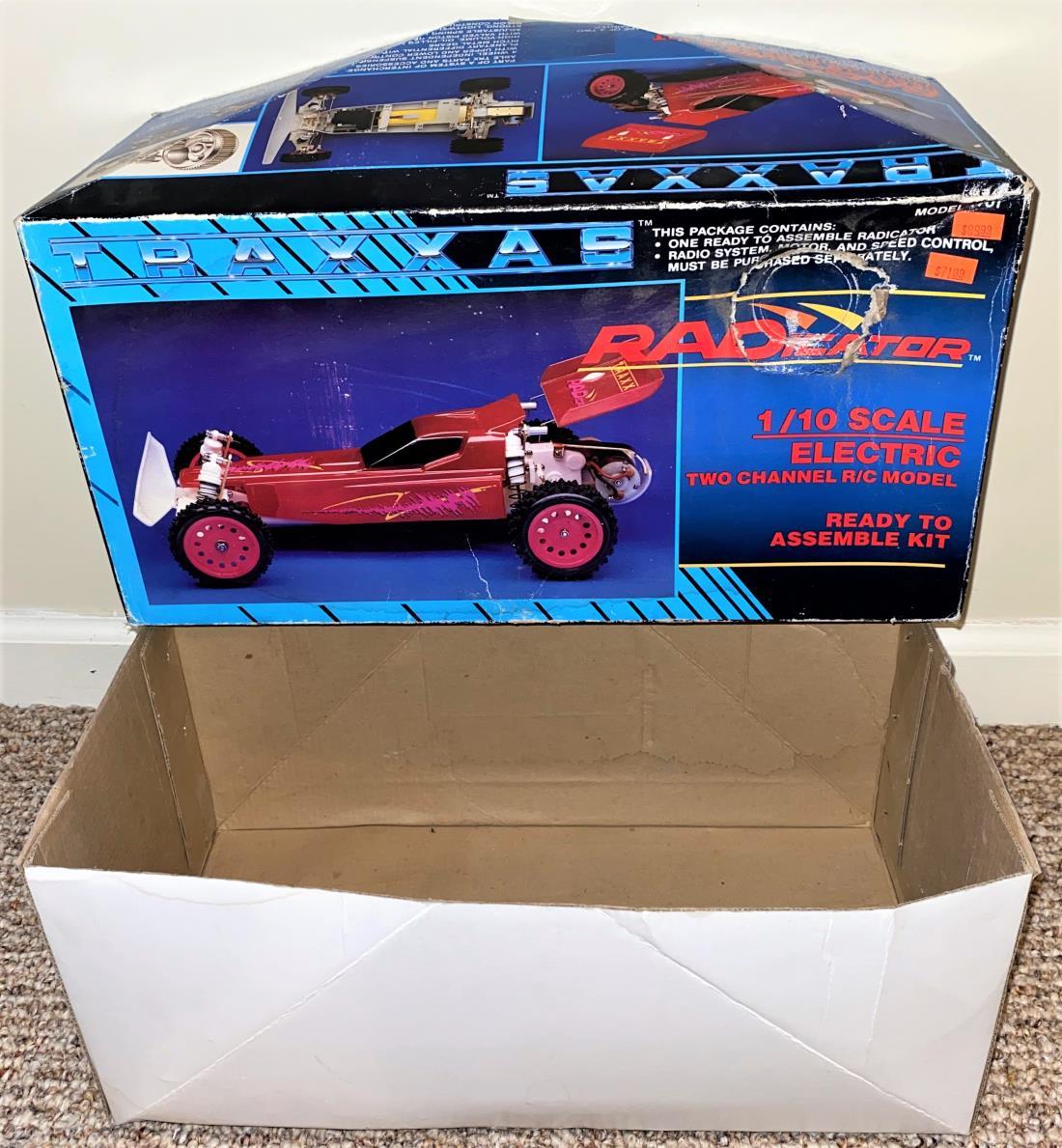 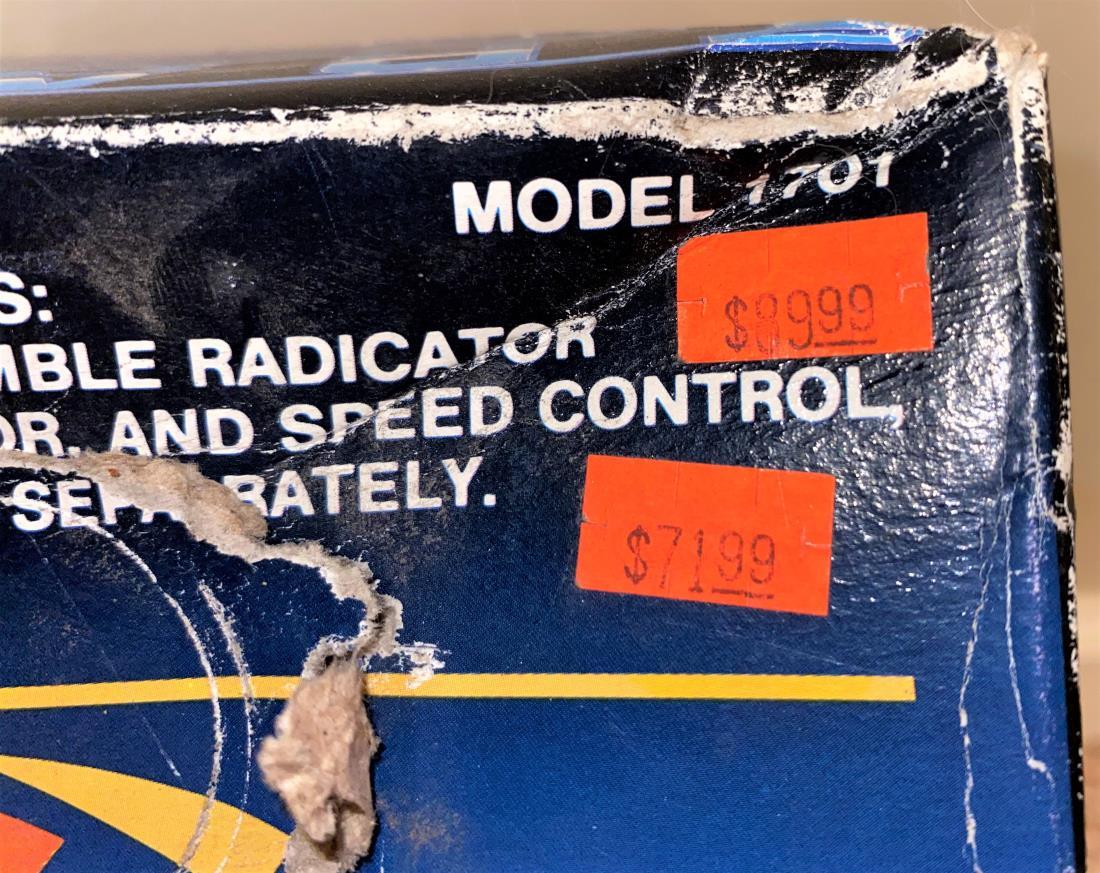 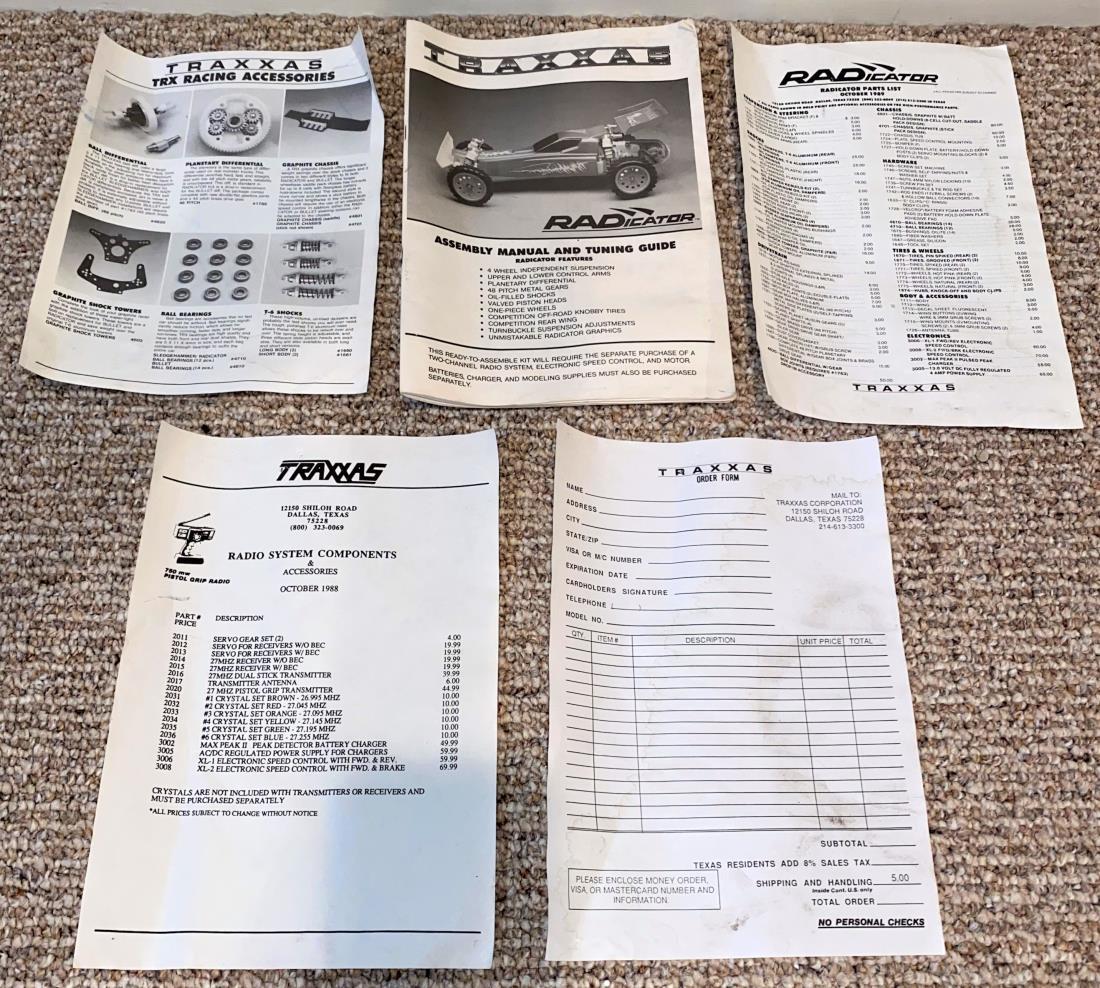 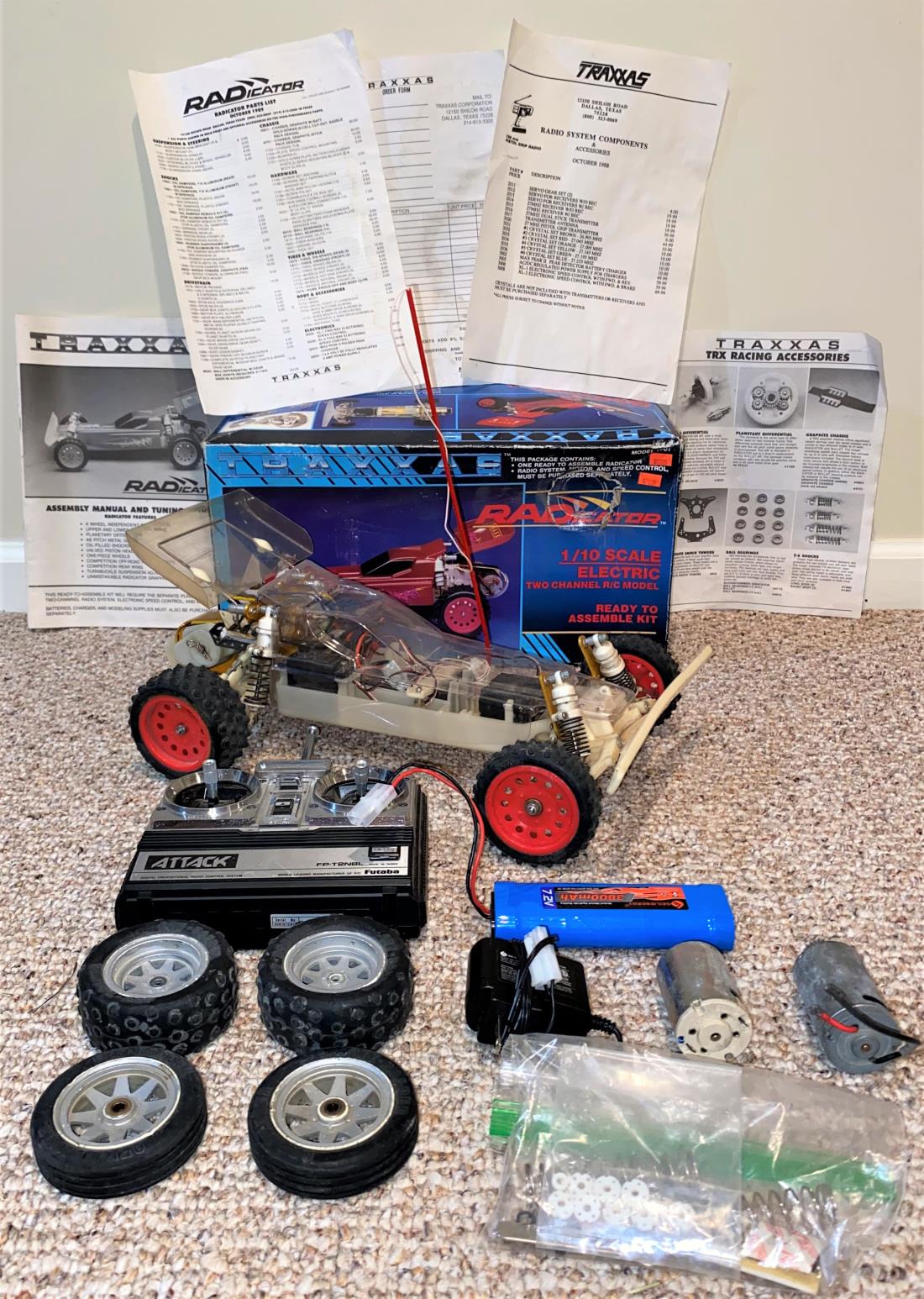 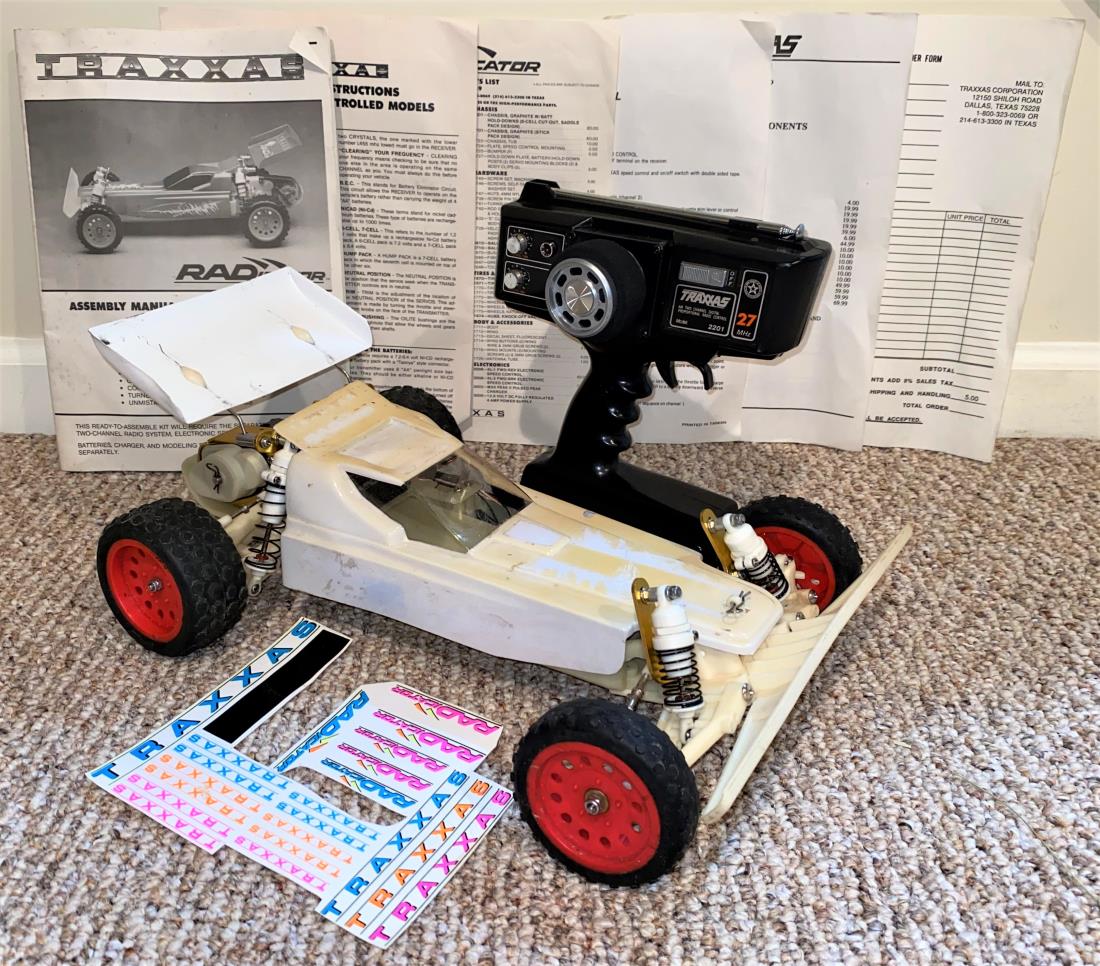 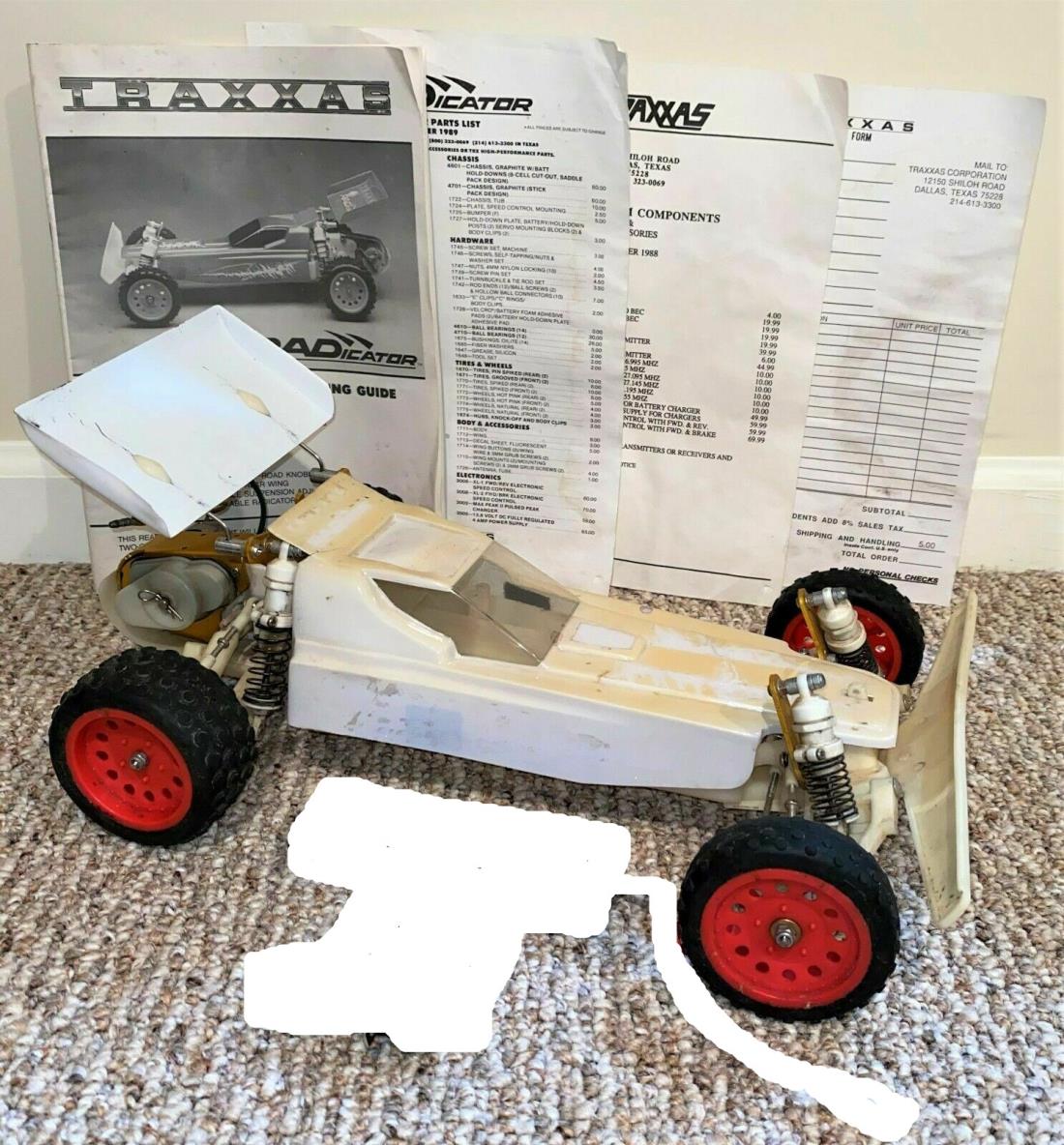 If you liked those pictures, you should see these...
TRAXXAS RADICATOR

Cool design! Must be fairly rare?

@MAD-BEE: Yeah, I think it's a very sharp design and, in my experience, it seems to be quite rare. Nobody I knew growing up had one and I've only seen the one at the VONATS 5-6 years ago which was a shelf-queen for the concours event only.

I had one and sold it thoughtless. Now I'm starting to cry again...

Well done, I sold a mint built box version a few years back based on what I sold mine for you got this for a good price. Take a look at the TRX1. 1991 it's on my bucket list, you might want one of these too. Great buggy.

@Ossi1977: Yeah, that's too bad but we've all been there. I just purchased a second Radicator but only planning to keep one so I'll contact you when it's finished to see if you're interested in the other one.
@Pinpoint: Yeah, I guess I'm a little late to the vintage Traxxas party but better late than never. Glad to hear you think I got this one for a good price since I wasn't familiar with their market value but it seemed reasonable. I just did some research and reading and now you got me wanting a TRX-1 so I'm going to look for one!

Nice ! check out mine too in my showroom.