My second entry on Tamiyaclub is the story of my first hobby grade RC car, which started almost 30 years ago in another continent.

Italy in the early '90s: to whoever was a kid in that time and place, Tamiya mostly meant Mini-4WDs. That phenomenon exploded in my home country back then with prompt, enthusiastic response from the public. Kids and adults took interest in racing, it quickly got very popular and Tamiya started organizing official championships, with races throughout the territory. Being amongst those kids, breathing and racing Mini 4WD as much as I could, I would often visit my local hobby shop -we actually had THREE of them back then, in a town of barely 60000 people, those were the days!- just to get upadtes on the latest hop-ups and next official races. One day, during one of my frequent visits, I raised my nose to have a look at those out-of-reach, almost mystical upper shelves that displayed some second hand RC cars from Tamiya and Kyosho and a few NIB kits. My jaw dropped, I could barely acknowledge the awesomeness those models irradiated, even though they were probably just battered up bashers (I don't remember which models they were specifically). That was my first meeting with RC.
While still racing Mini 4WD, which back then was relatively affordable, I expressed interest in a hobby grade RC car, making sure I gave reminders at every given chance such as Christmas or birthday.

A couple years later, I reckon I was 8 or 9,my parents bought me a second hand Kyosho Big Boss. I was the happiest kid in the universe! To be honest in my mind I had visualized a pan car or a buggy, but that idea just dissolved the instant I laid my hands on the car crusher. It was just so BIG and mighty! I still remember the feeling, me as a skinny kid holding it in my hands, this heavy and intimidating wheeled thing, almost unable to believe it was actually all mine to run and enjoy.
Fun driving sessions followed for a few years, and I was always as fascinated as the first time. There were some kids that ran weird toy cars with strange features, more expensive but not nearly as capable as the Boss, so neither me nor any of my friends had really owned anything that 'high end' before, so we'd always observe it with religious respect every time I could get it out... which couldn't be just anyday, because my only charger was an oddball device that would only work if clamped to a real car's battery poles. It may sounds crazy but that's it, also it was sold as 'convenient' on top of that. No wall plug, which meant that one of my parents had to be involved every time we wanted to run the truck. How naive of us to just believe the hobby shop lady that said it was the only one available.

That stupid charger situation was a real limit and in the long run, as life took over while I entered adolescence, became quite a showstopper. It got harder to find moments were both me and one of my parents were available, other interests also came up and eventually the Boss, too big to fit on a shelf and too precious to be chucked in a basement, ended up parked at the bottom of a garage up in the Alps, unattended but not forgotten.

Fast forward some 25 years. Life happened and now I find myself in Canada, with an old love for RC freshly resurrected by the Hornet of my other post. Within the first few months of driving the Hornet, an idea rose very clear in my mind: I was going to dig out the Big Boss and bring it back to life, no matter how long it was gonna take.
And it didn't take that long after all: in Summer 2018 my wife and I were in Italy with my family, so I had the chance to fetch the truck. There it was, at the far end of that cold garage where the poor thing spent so many years without any love besides some occasional, beer fueled trips down memory lane when,while barbecuing with friends, I would dig it out for a moment, all of us wishing it would still work.

I was impressed at how solid it looked after 25 years in confinement, and while taking the shell off in order to fit it in my suitcase I noticed that I had been lucky, twice:

-the guy that originally built it had left the wrap on the shell. While too excited to even notice it as a kid, I could well see that this time, a pleasant surprise when about to start a restoration

-most important although hard to explain, the tires were in great state, no cracks or flat spots. And that cool Bridgestone logo on them! No idea how they've preserved so well, what a lucky strike

Now the best part of the Boss' life really starts: an ESC in place of the old MSC, ball bearings throughout and a high torque servo is all he needed to go, along with a normal plug charger of course. Too bad I lost the photos of how the truck looked when I retrieved it from the garage, on the other hand I have plenty since its resurrection a couple years ago: I've been running it almost daily ever since, and many times I tend to forget it's a vintage 30+ y old car that maybe shouldn't be driven hard.
Anyway, the Big Boss proved to be able to take some abuse alright. A few home brewed ghetto mods improved its ruggedness and reliability, and as long as it's driven with some care and love it can still deliver a lot of action and fun.
Thought I'd swap the tires for some chinese truck ones to give the originals a break but truth is, I feel like they are an irreplaceable part of the truck's identity and as they say, you only live once, so they will stay on and keep running.

Thanks for reding, I hope you'll enjoy the pictures! 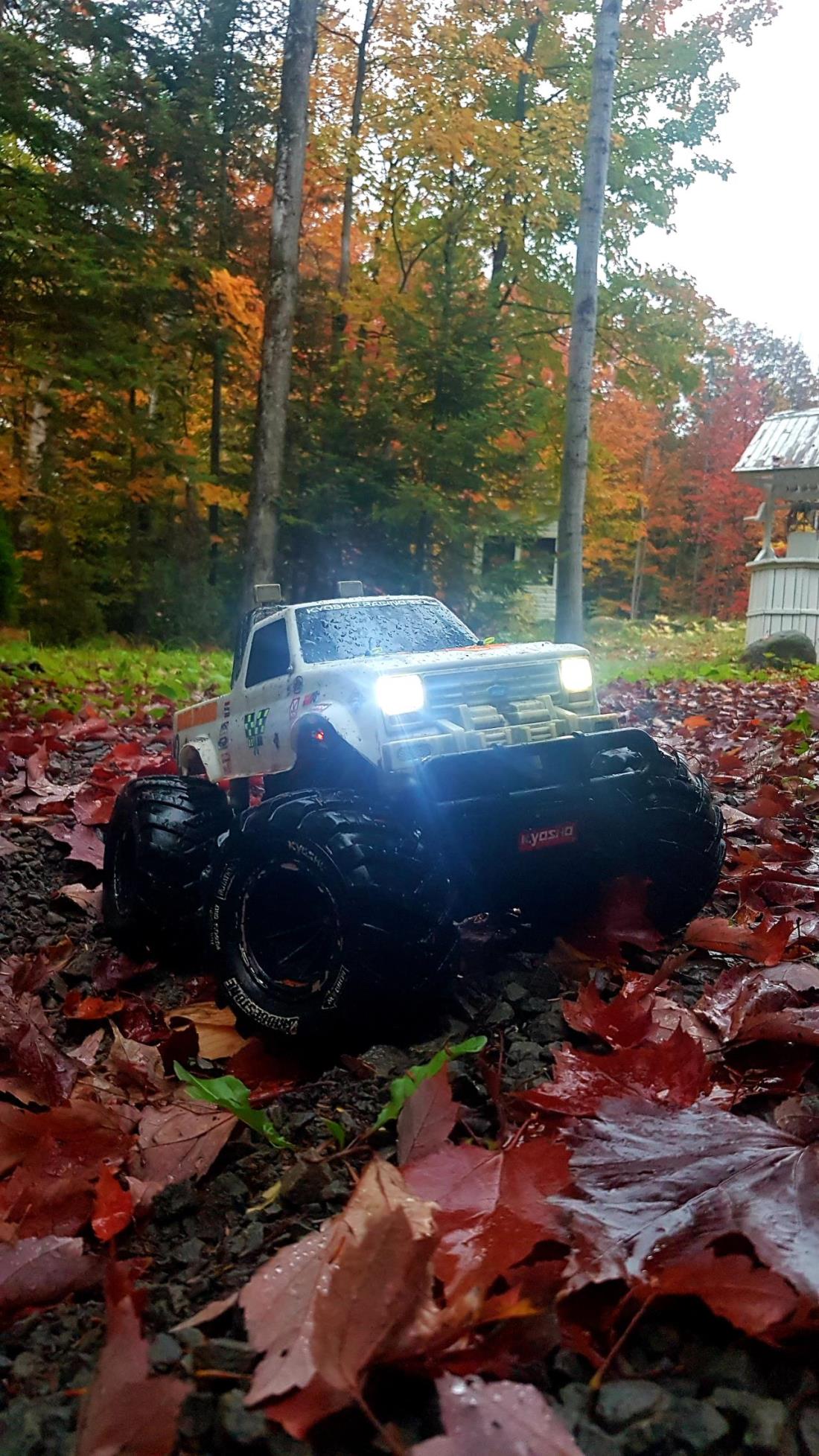 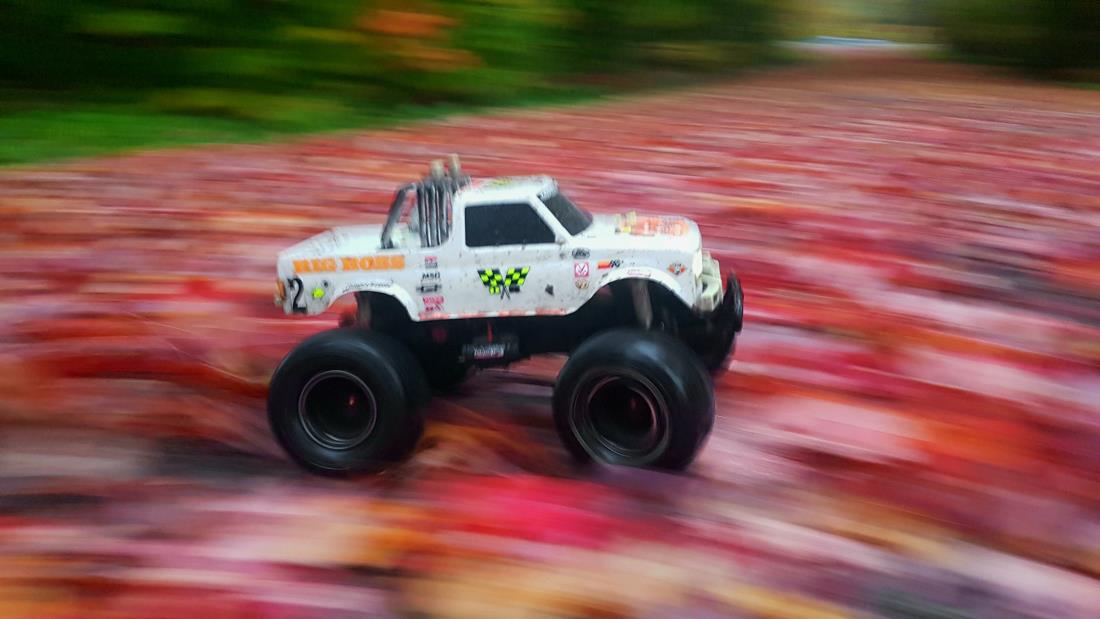 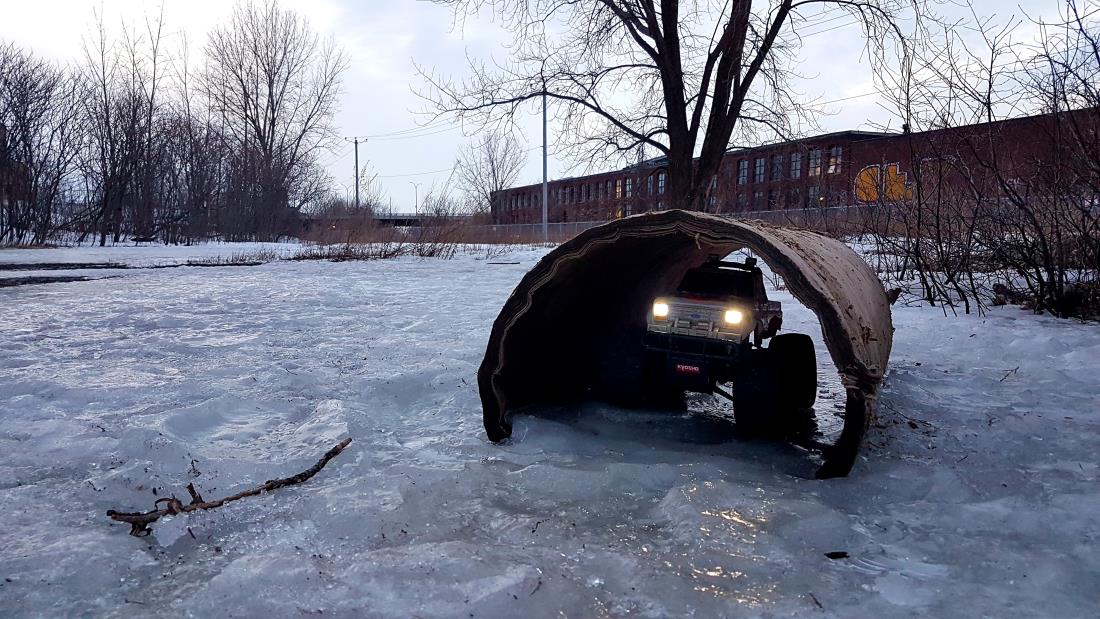 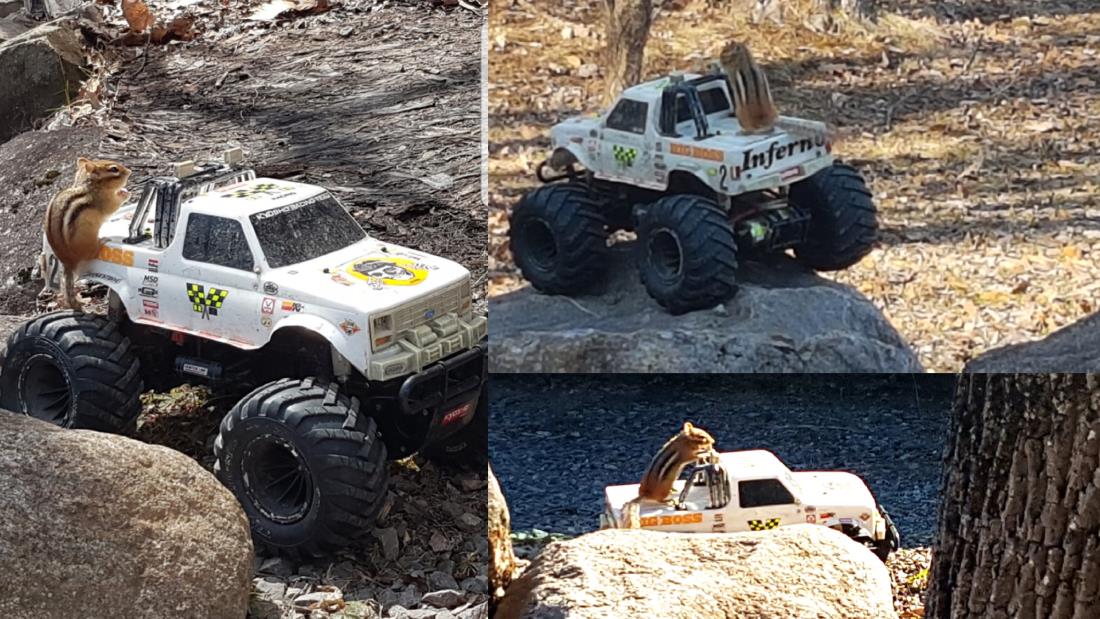 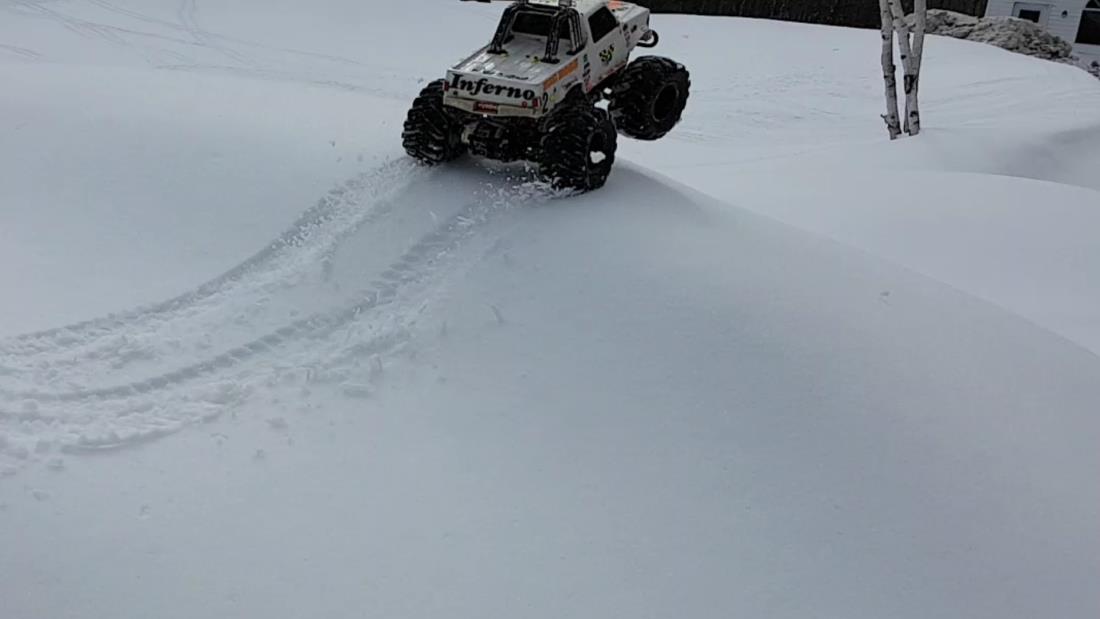 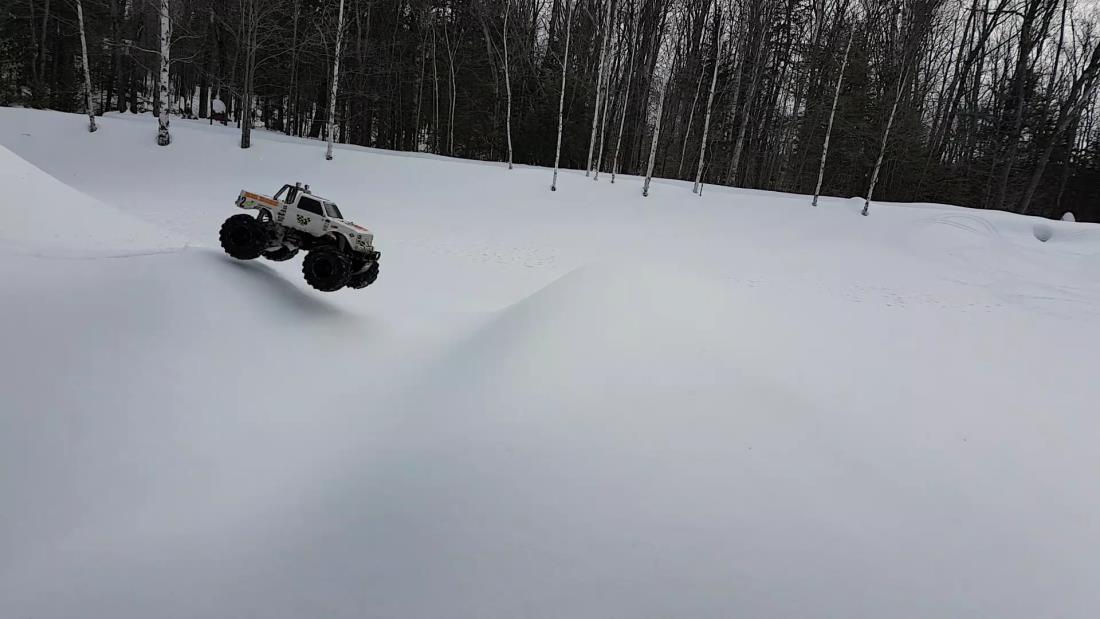 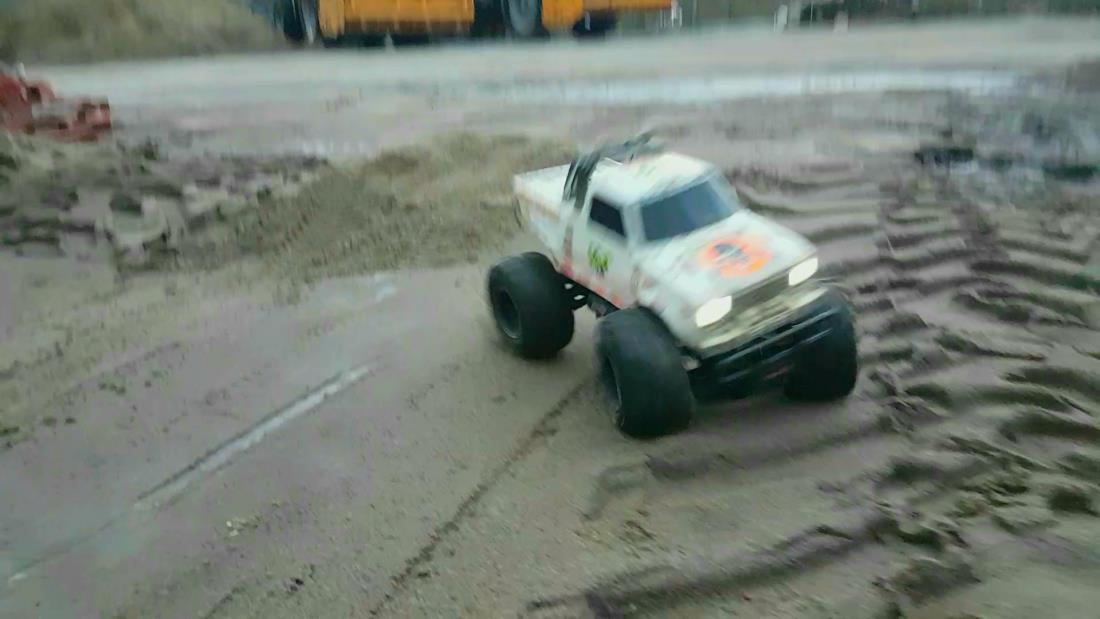 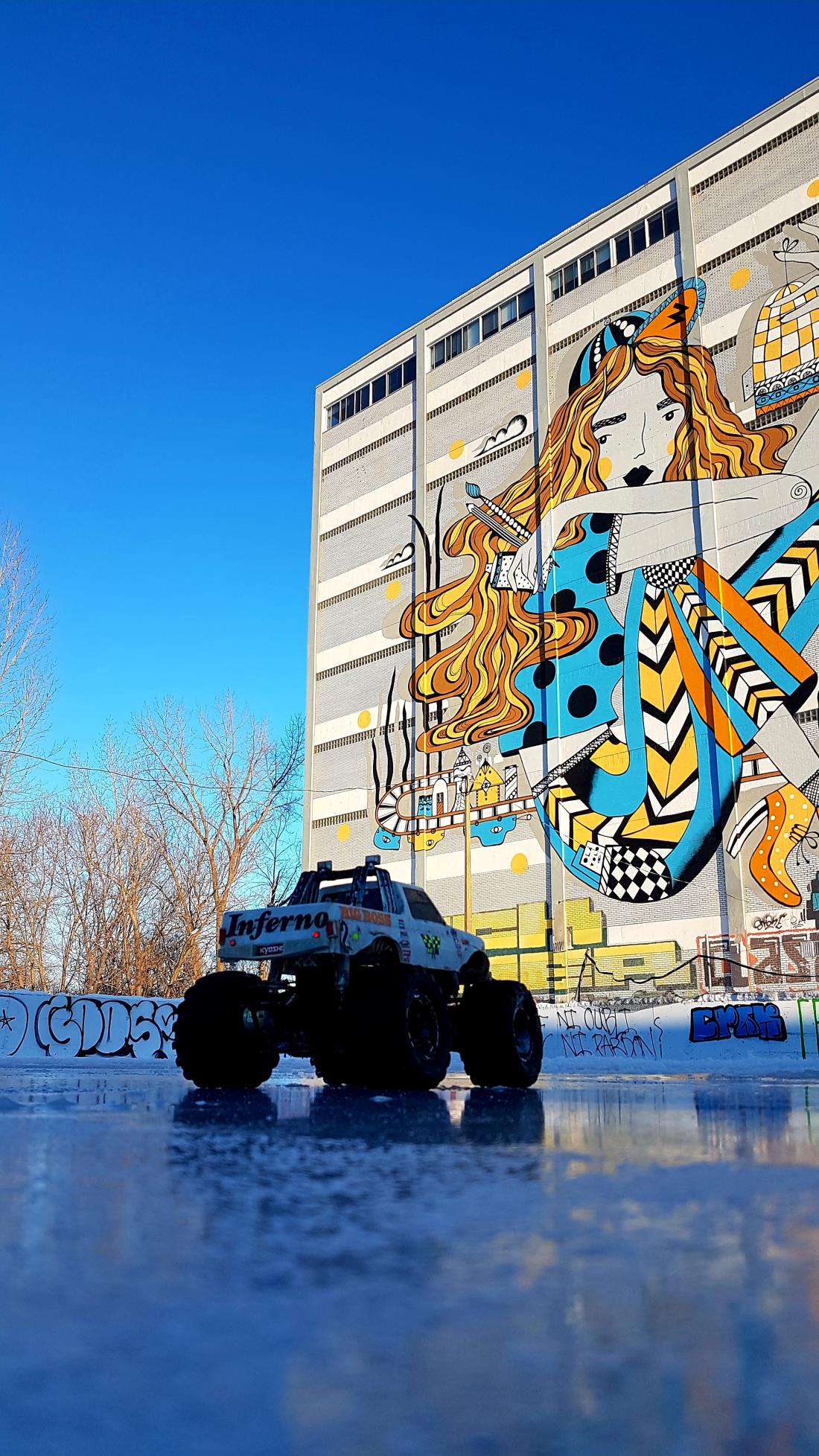 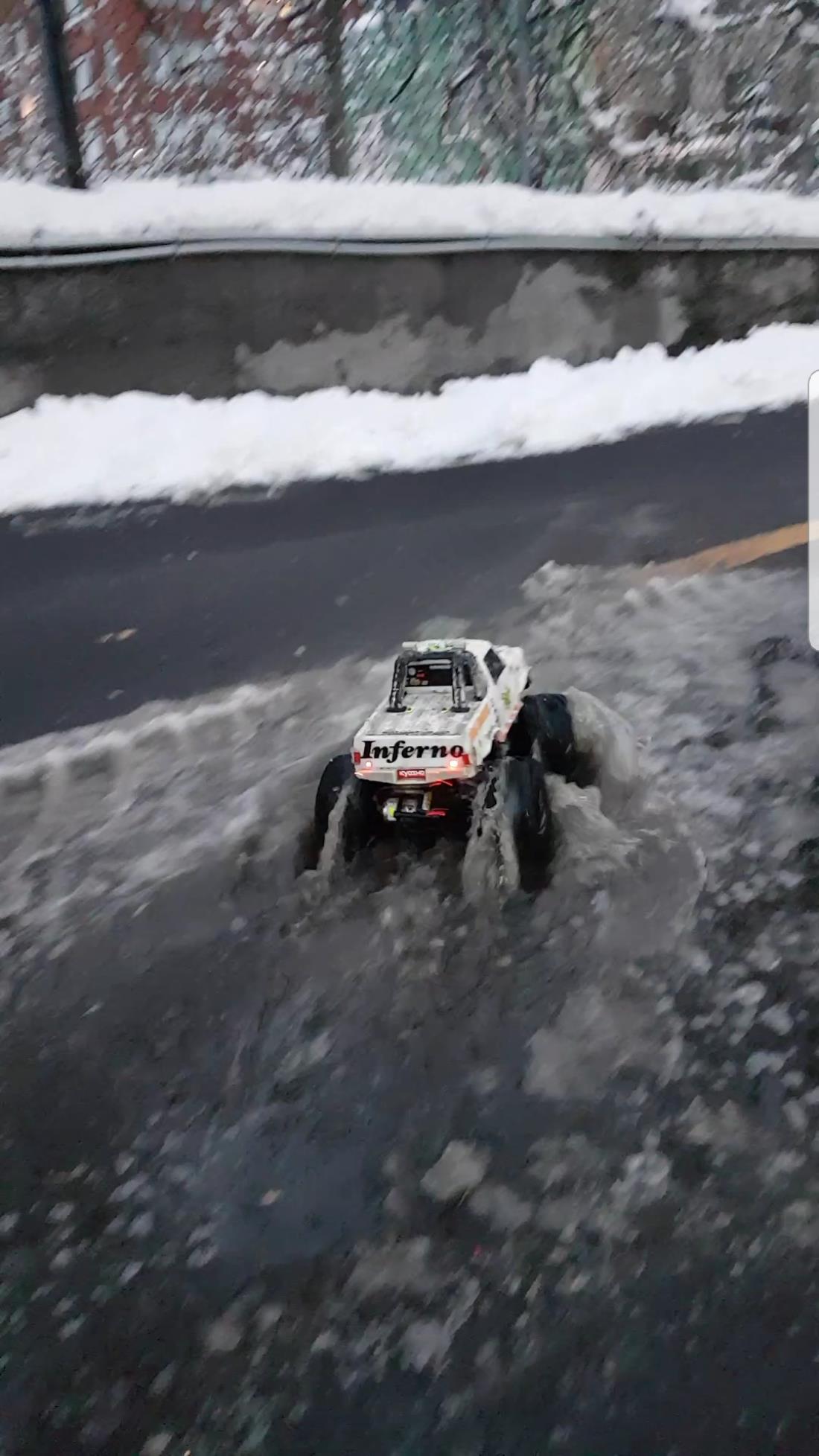 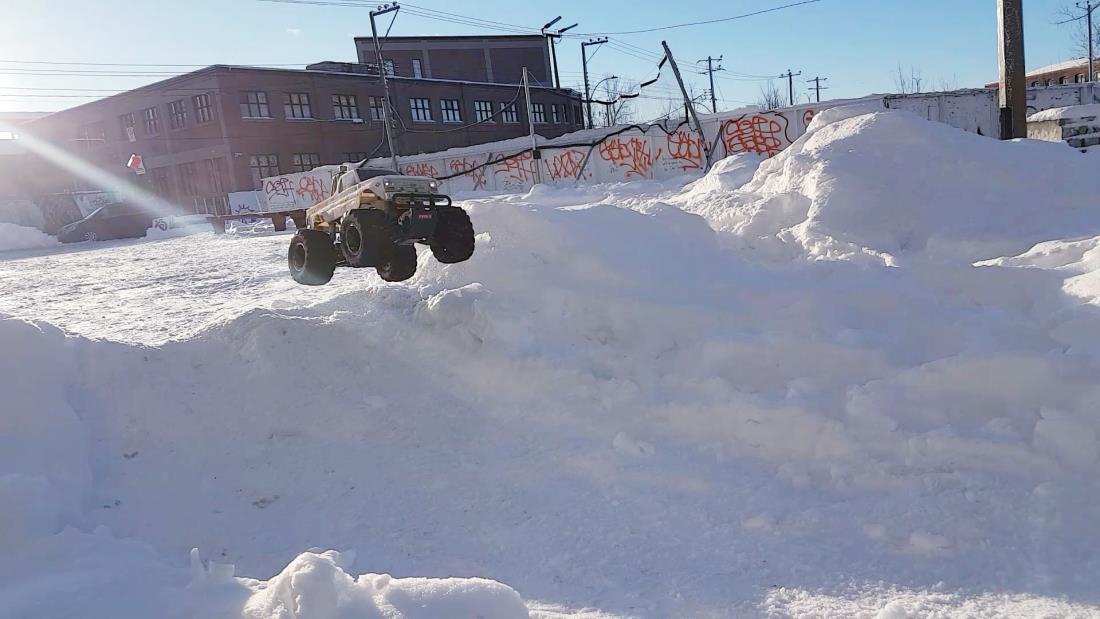 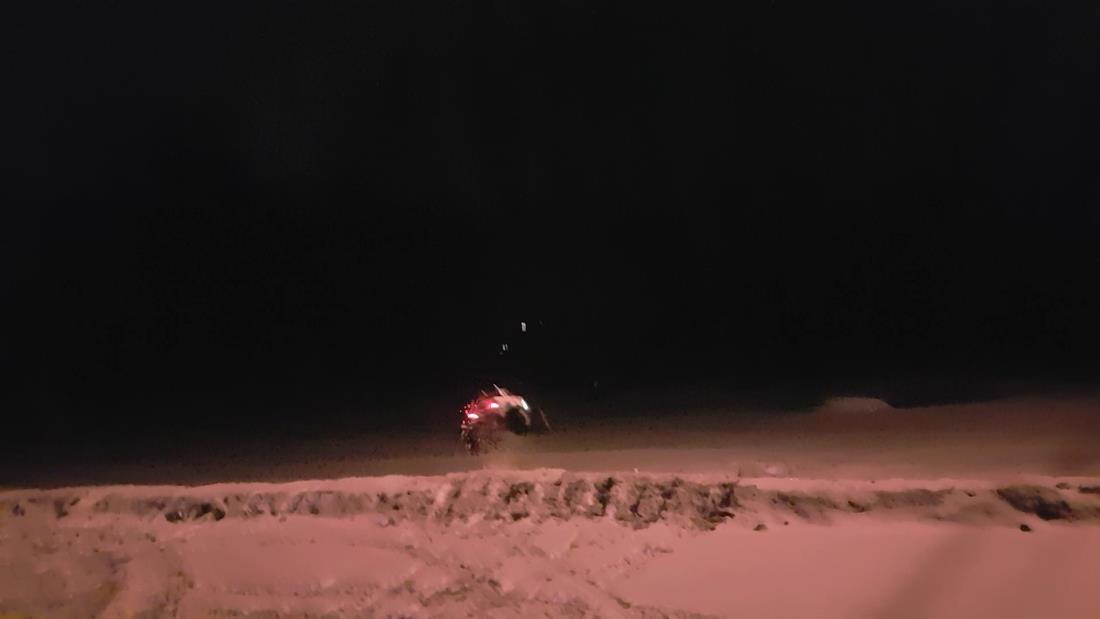 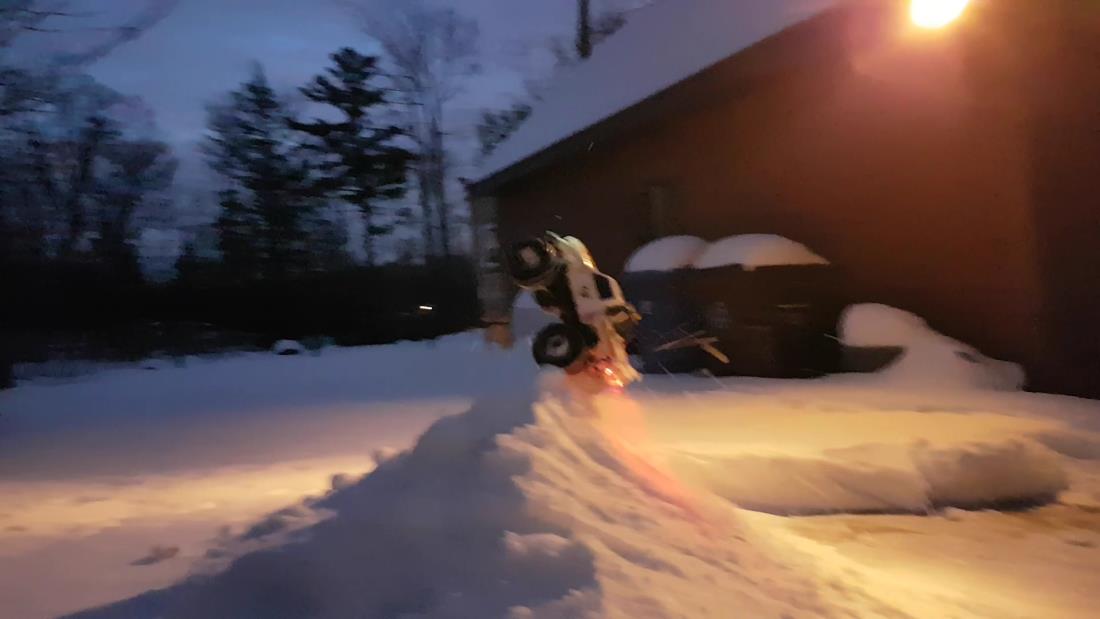 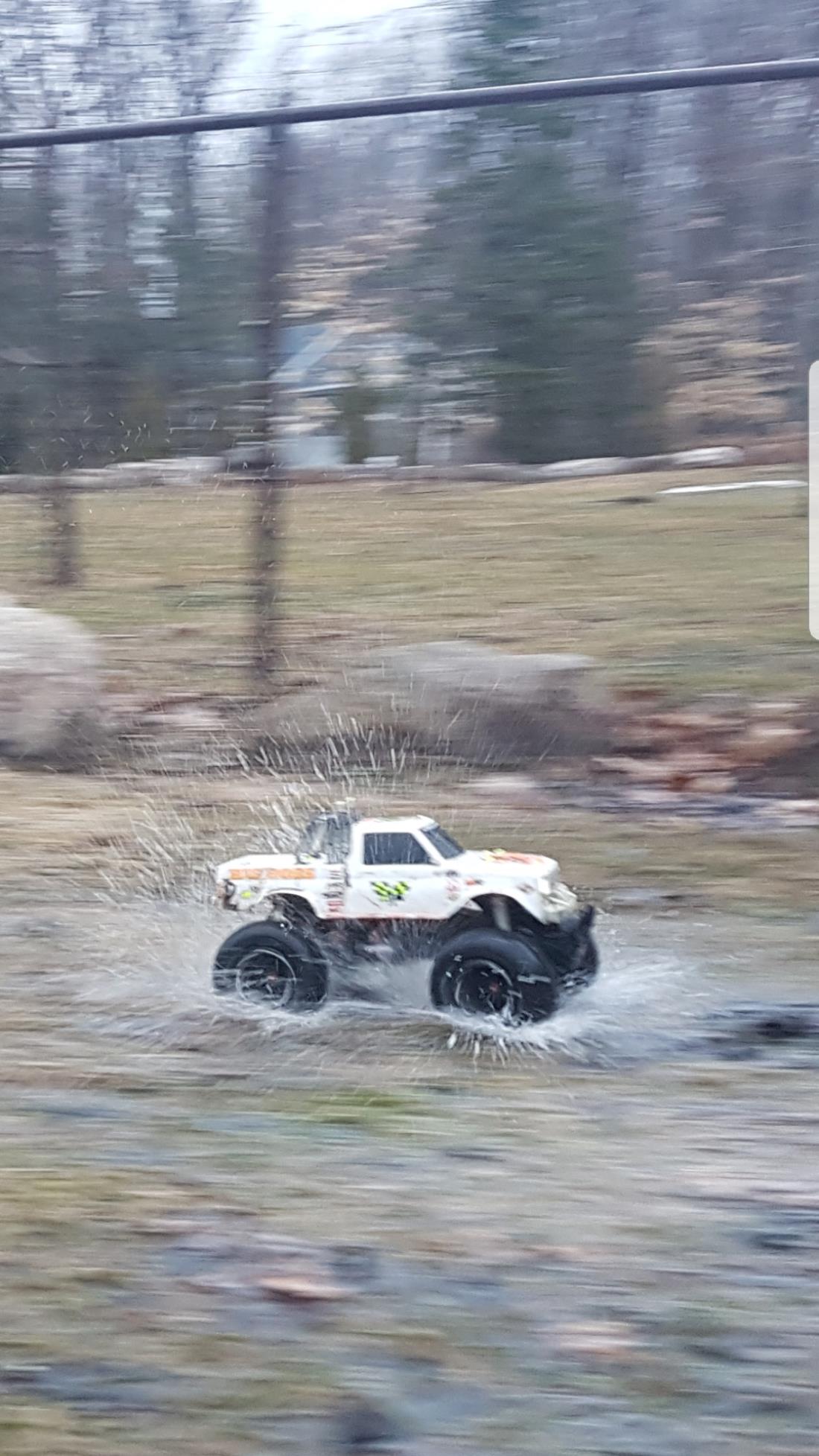 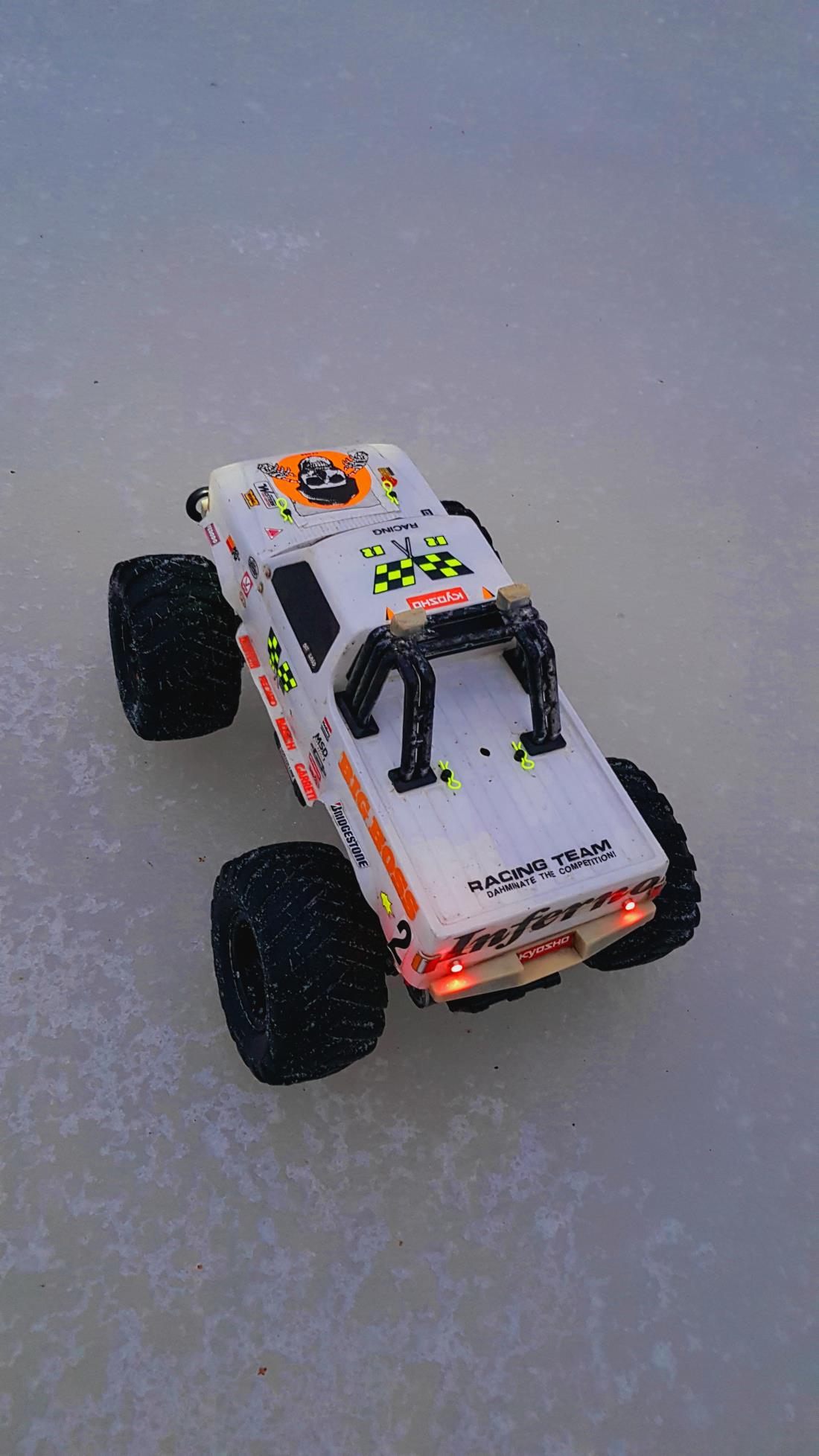 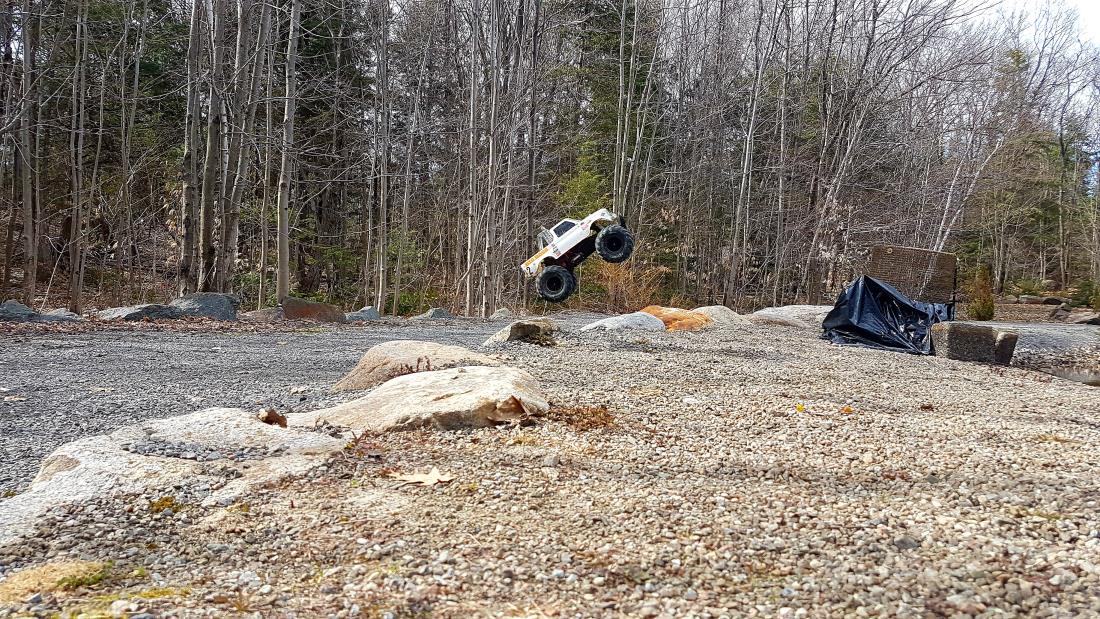 Fantastic story! Its so great to see these old trucks still in action.

Great stuff, great to hear the junior 4wd models did their job and got you hooked to move onto the next lvl in this hobby and love the wild life in your pics mate! Awesome pics too! very cool shots! Great looking truck too l always liked the look of these old kyosho Monster trucks! and how those tyres did not not waste away is a miracle!
I started this hobby back in the early 80s with a Subaru Brat! All our stories are similar l lived and breathed this hobby for years and raced every Sunday but sadly lost interest in the hobby in the 90s when girls,music and parties became my new interests lol what a lad but like most of us got back into the hobby again years later! The fire started burning again around 2010! I will say its never quite as fresh as the first time around but its equally as enjoyable in a different way! Plus the bonus is now we can hunt out those models we had no hope of getting as kids! Well the affordable ones anyway!
I wonder how many people have always been involved in the hobby from way back in the day to the modern day and never had that break in between??? Thats really something if thats the case for anyone out there!

Another excellent set of action pics, your connection with your cars is undeniable, you really capture the intent of these awesome cars, congrats

Great story, great pictures. You're a real asset and like most of us enjoying this great hobby for the second time! You really have some great camera skills.

Thanks a lot guys for the kind words, I'm glad you like the photos and the little story