Another that I built for a mate.

He'd seen a couple of Comicals built with the coloured option parts and really liked the idea, so we had a good starting point. But he hadn't seen one that made him think 'I want one just like that', so there was going to be some head-scratching before it was finished!

Almost the entire chassis was replaced with white or green option parts. The left-over parts were almost enough to build another chassis - which I did, but that's another story...!

The main inspiration was a Comical Grasshopper that was featured in a magazine. The chassis was very similar to this but the body was silver (and possibly another colour, I think). We wanted to stay with the green and white colour scheme throughout. The kit decals introduce too many colours, a plain white body was too much white, plain green was too much green, so a compromise was needed.

This is what I came up with, and thankfully it received enthusiastic approval :-)
I wanted to try to keep the look of the box art car - similar lines and layout, most of the box art decals but with the multi-coloured stripes replaced with solid green paint. On its own it almost looks stock, but put it beside a box art car and the differences are very obvious.

Of course Wild Willy had to drive, so he's in there with a basic cockpit too.

And that was it - pleased with the colour scheme, head thoroughly scratched, happy friend - job done! :-) 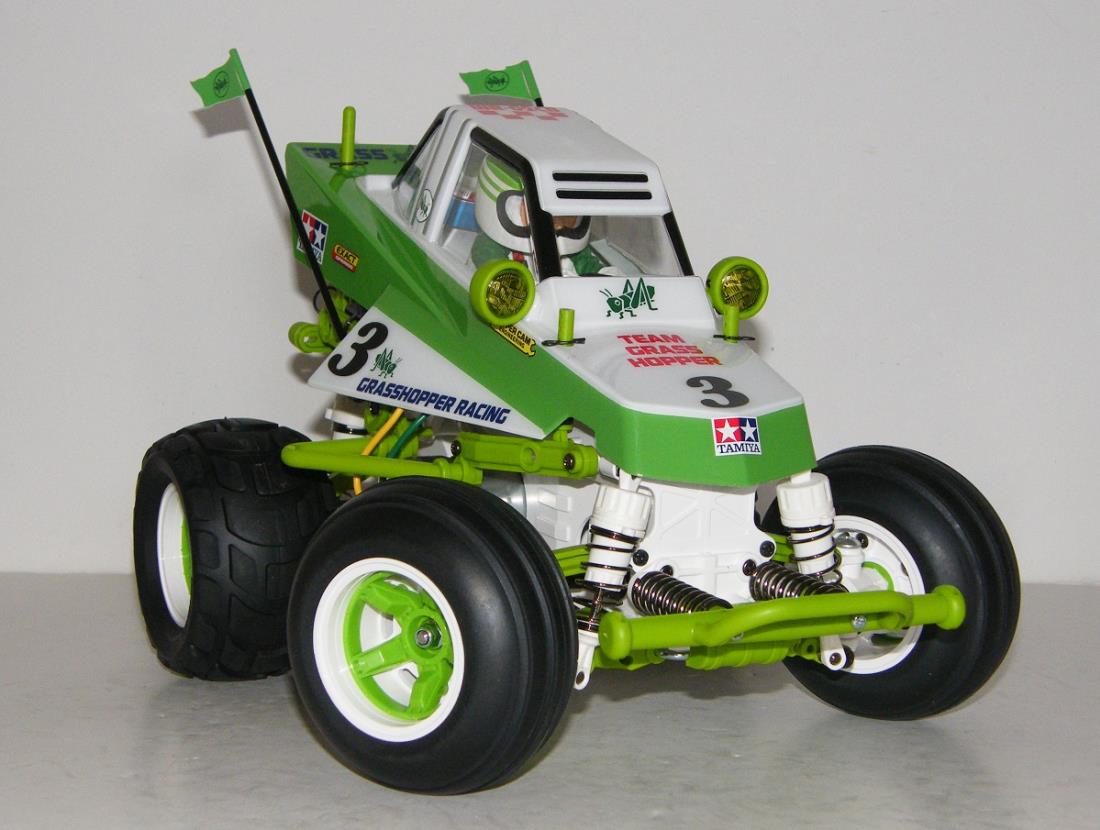 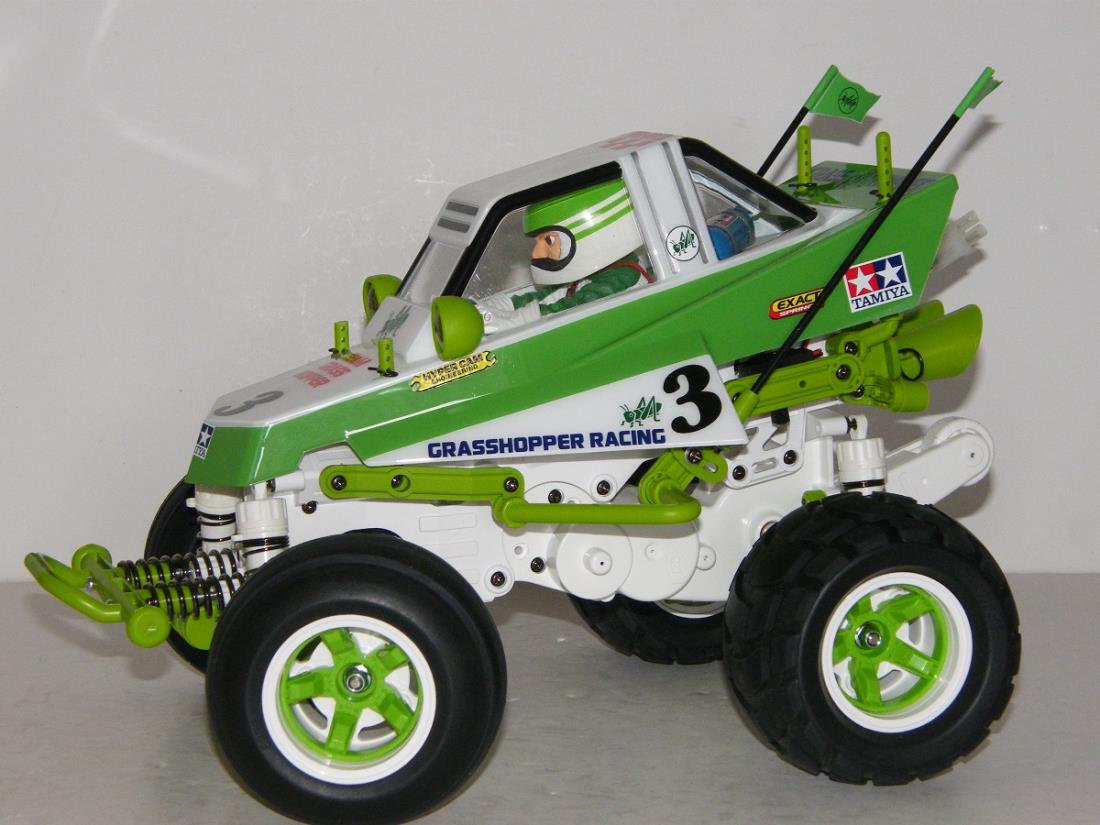 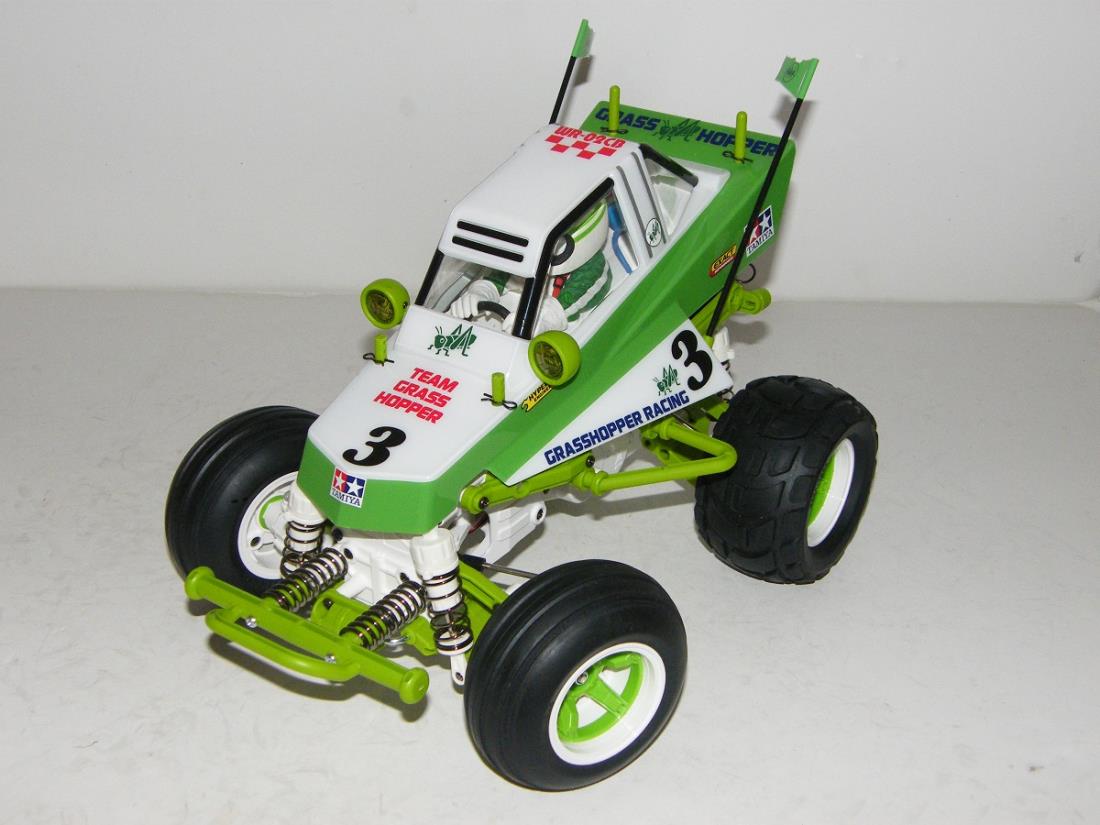 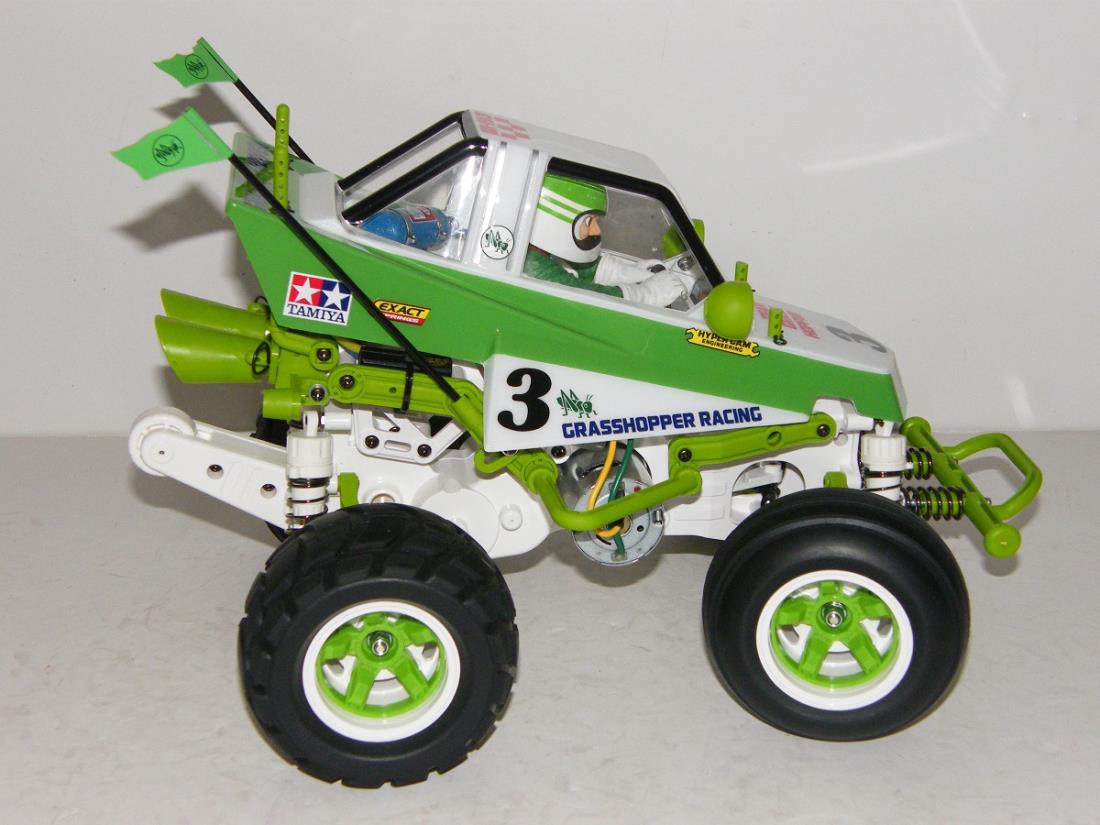 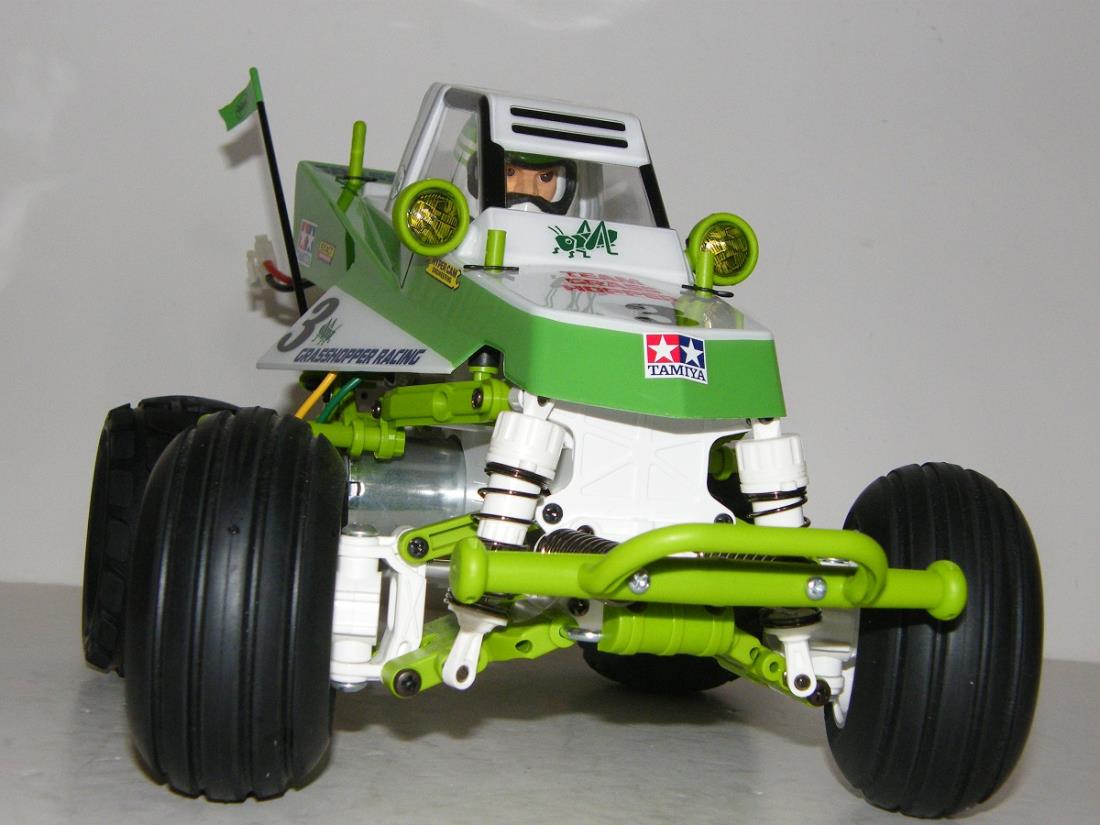 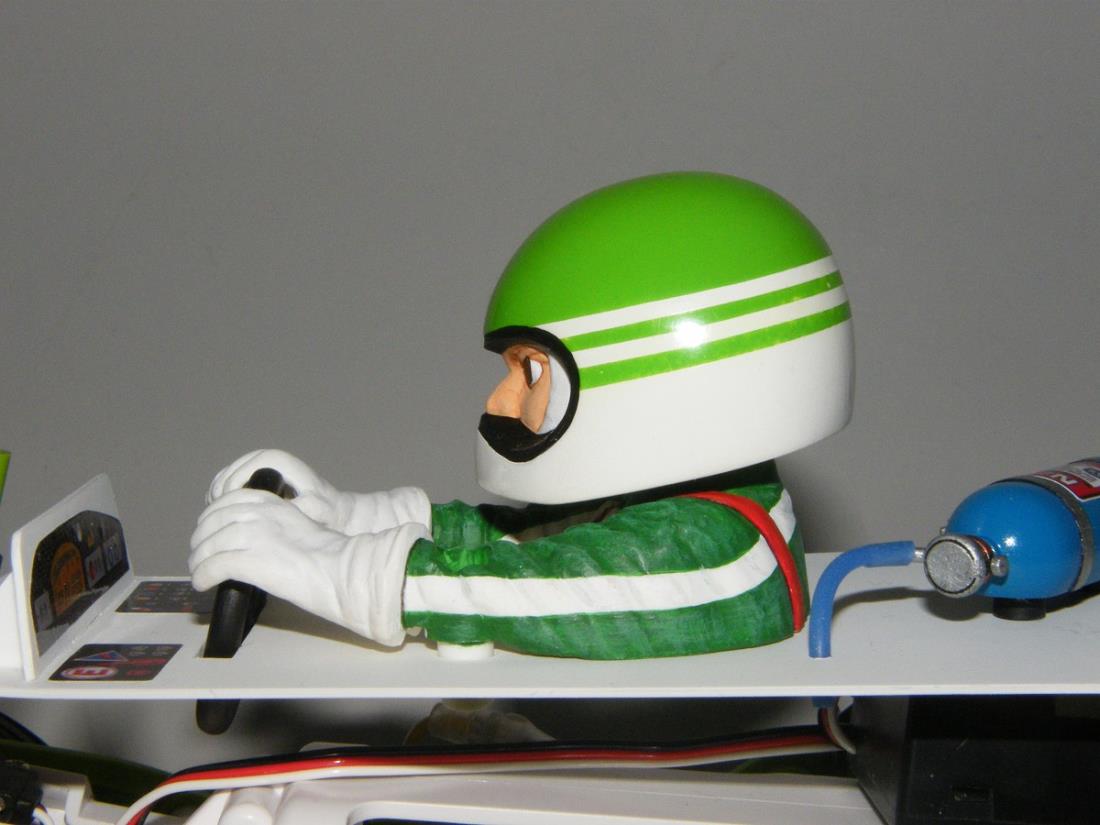 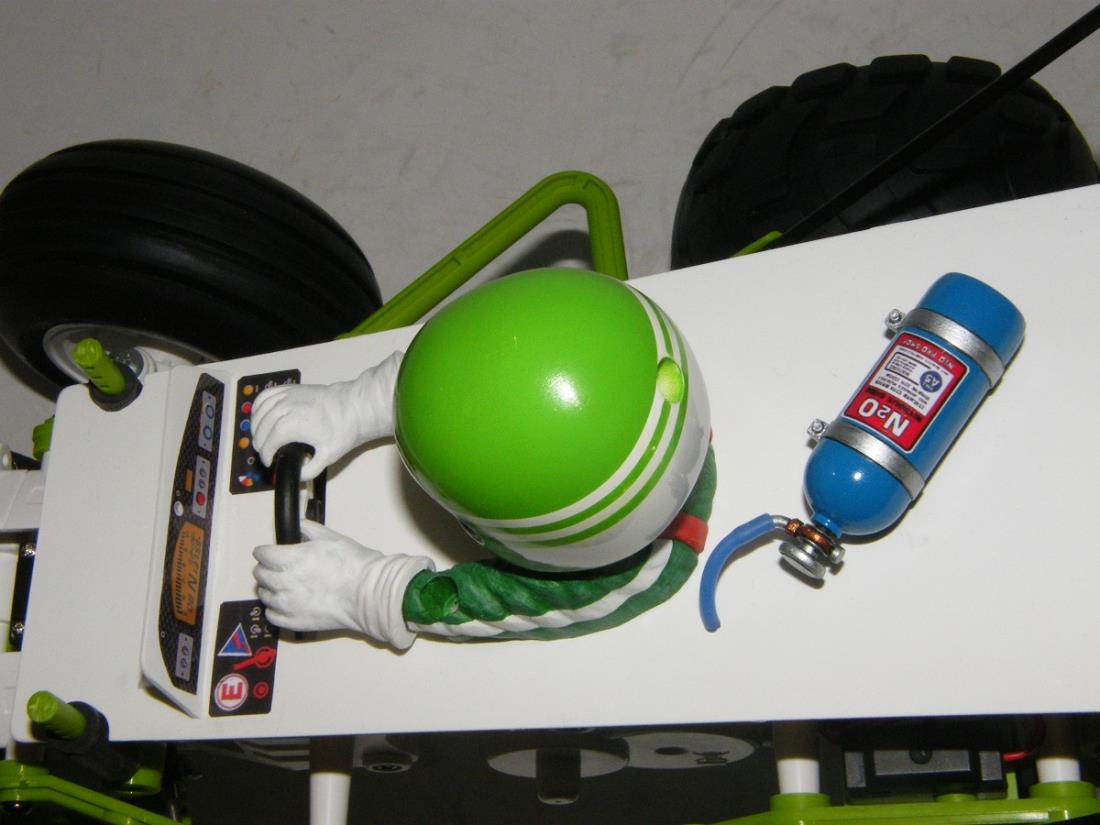 If you liked those pictures, you should see these...
Wild Winter Willy

What a fantastic looking comical Grasshopper!

Love the white - really pops - what a cool idea and great execution!