I saw a few fellow TC members post about this truck and had to have one based on looks alone. I think Kyosho nailed the look of this truck, classic baja truck at it's best. I was a bit disappointed when receiving this 'kit' as it's not really a kit at all. Assembly of the chassis takes about 30 minutes if you're taking your time, it comes 80% assembled. Hearing the horror stories of the shredded spur gears I did replace that when I built it with an Associated piece and can see what the concerns were about - the stock spur is out of round by a good bit, would certainly get chewed up in no time.

Overall not really impressed with the truck or Kyosho quality. I know most won't agree, but the entire thing feels cheap when compared to Tamiya or other brands, and the precut and trimmed body was a mess. One of the front wheel wells was trimmed too much from the factory so had to match the other side. Two of the rear body holes that mount to the cage supports were off by a good 2-3mm which made the body sit way off when I first mounted it. Had to ream them a bit and use some washers to hide the larger holes. I only own one other Kyosho vehicle (Mad Force VE), but after this truck I doubt I'll be running out and buying more Kyosho models any time soon.

With that said, truck definitely has a cool look to it, and performs OK for what it is. Only drove it once around the driveway/yard so far, but hope to get it out in the dirt soon. Running a 12t 550 brushed motor for now, not fast but I don't think this truck would handle going fast too well anwyay so I'll probably just leave it as is. Decals were from an old MCI set I had lying around. Once I found the issues with the body I didnt want to bother giving it a nice (or even multi-color) paint job so just sprayed it in some spare PS5 black I had and applied the decals. 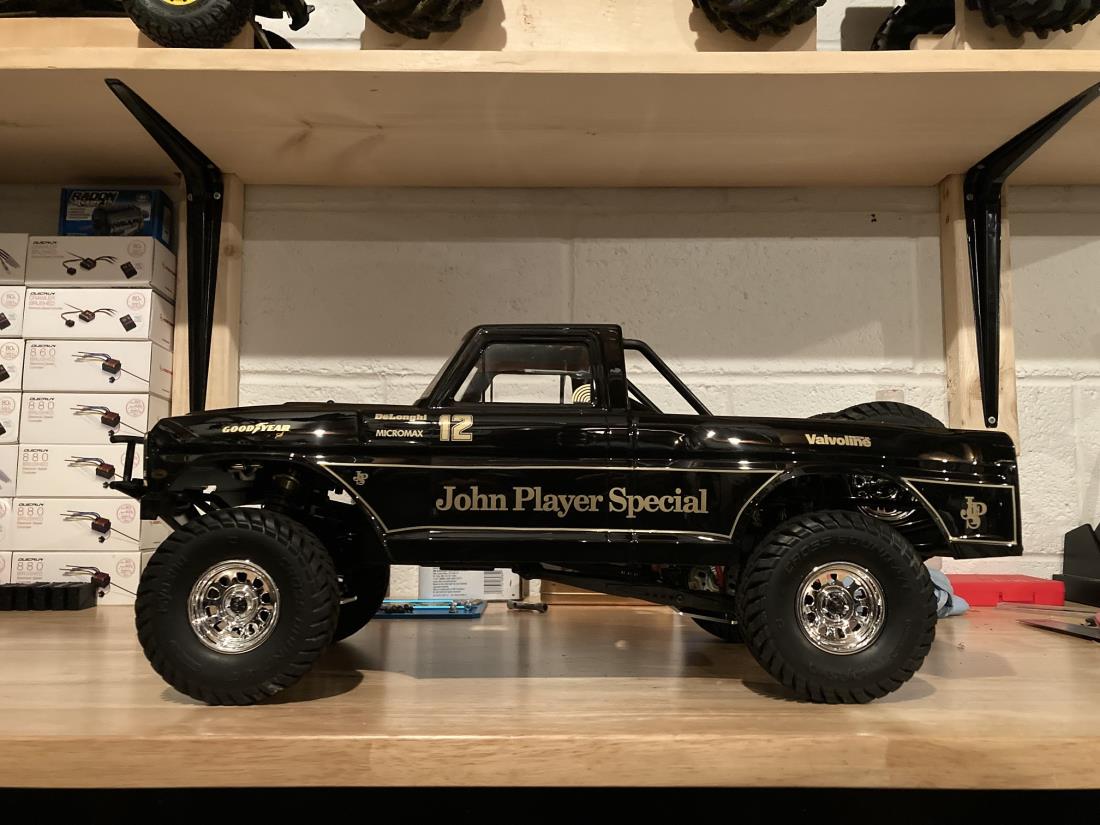 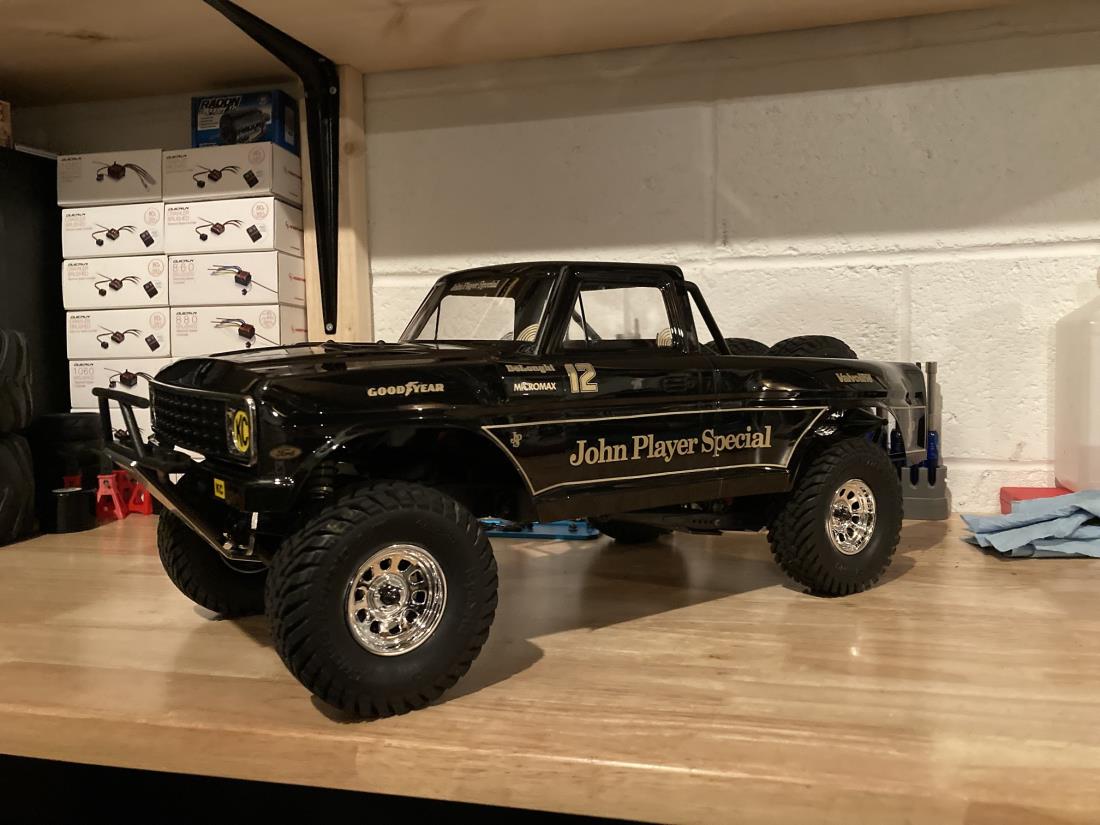 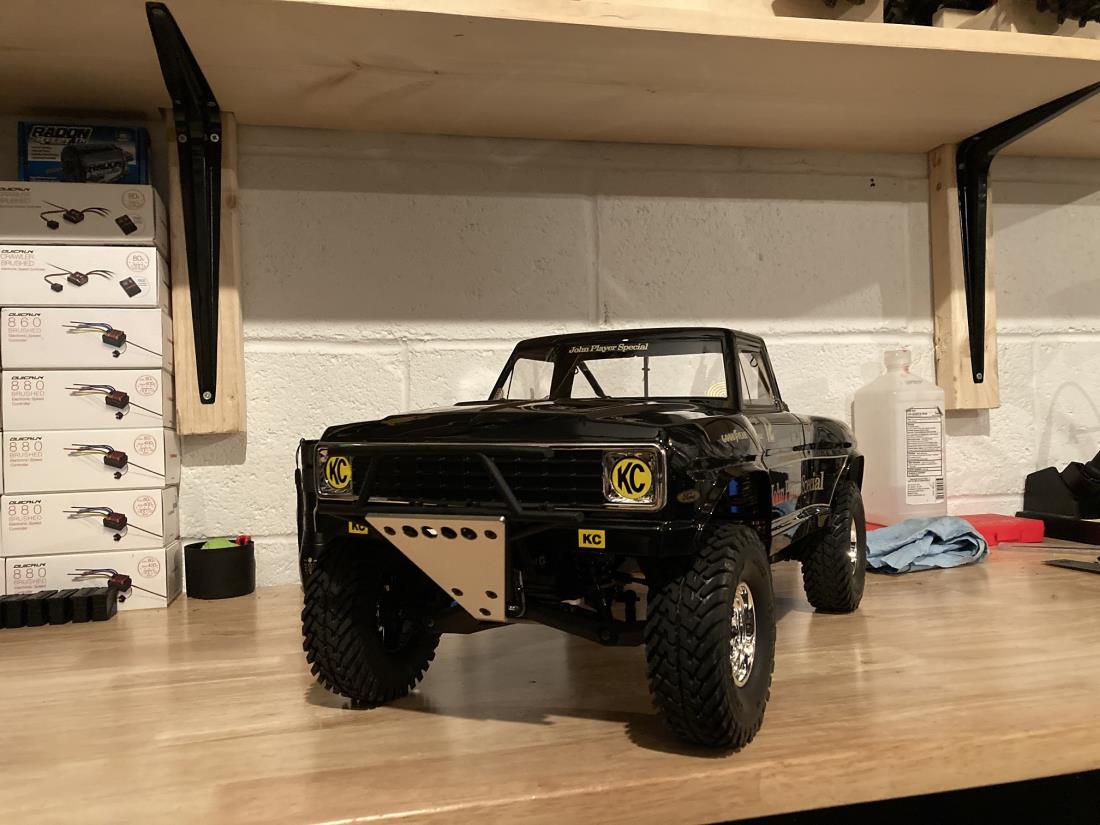 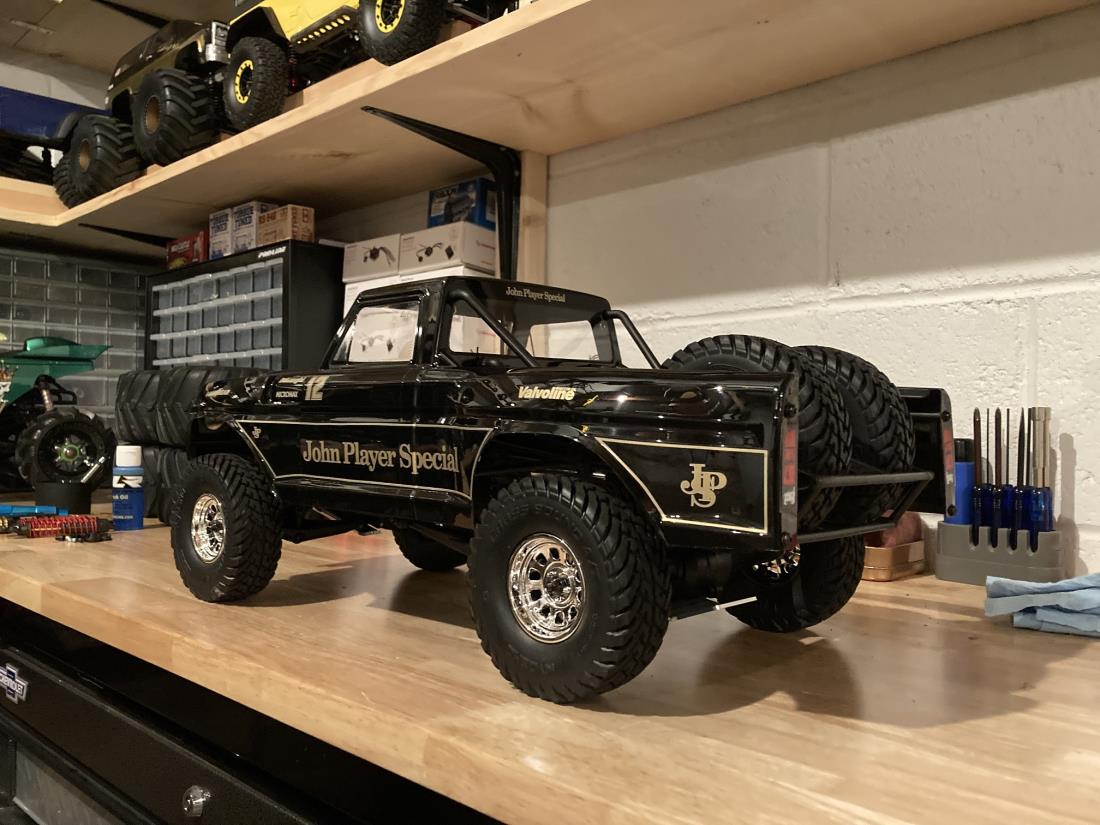 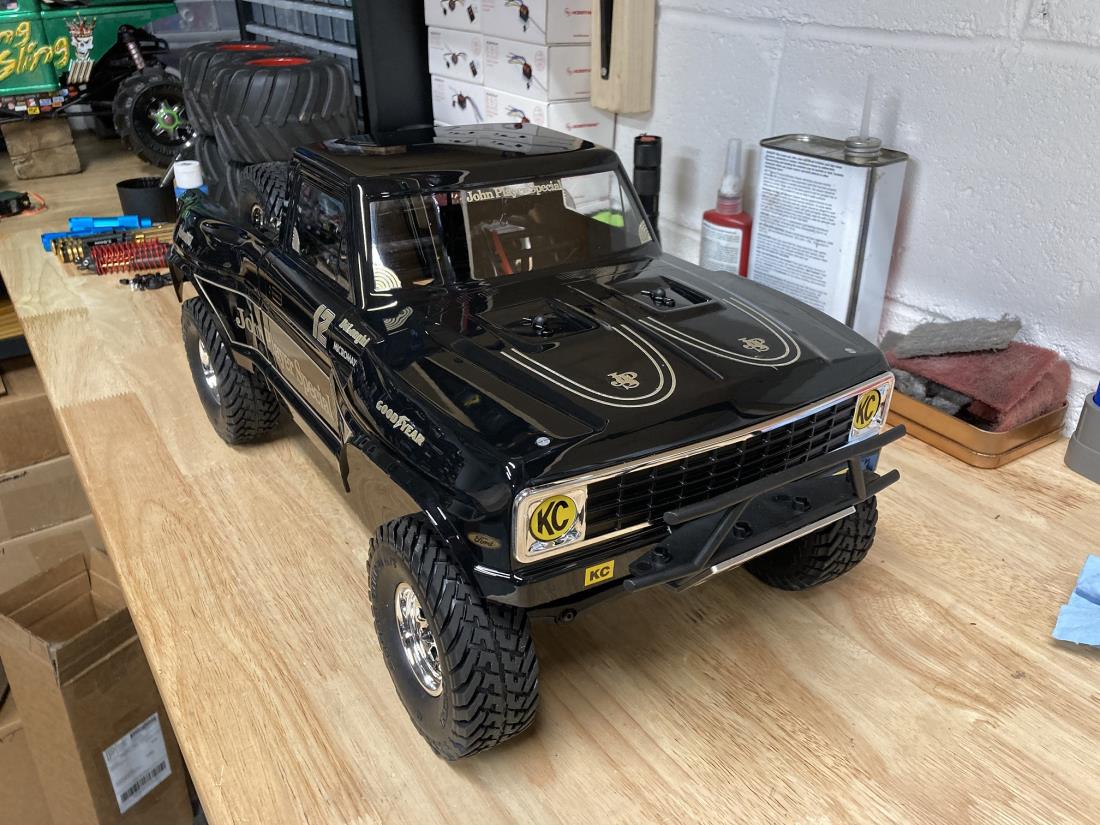 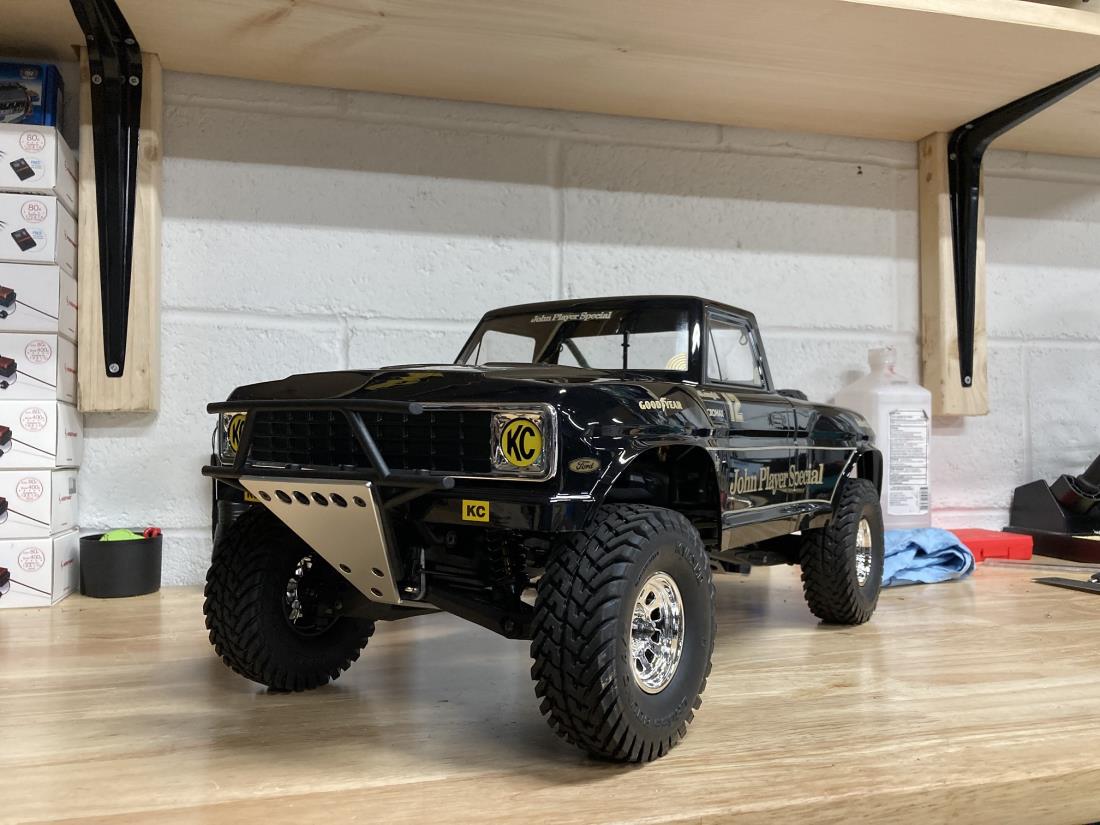 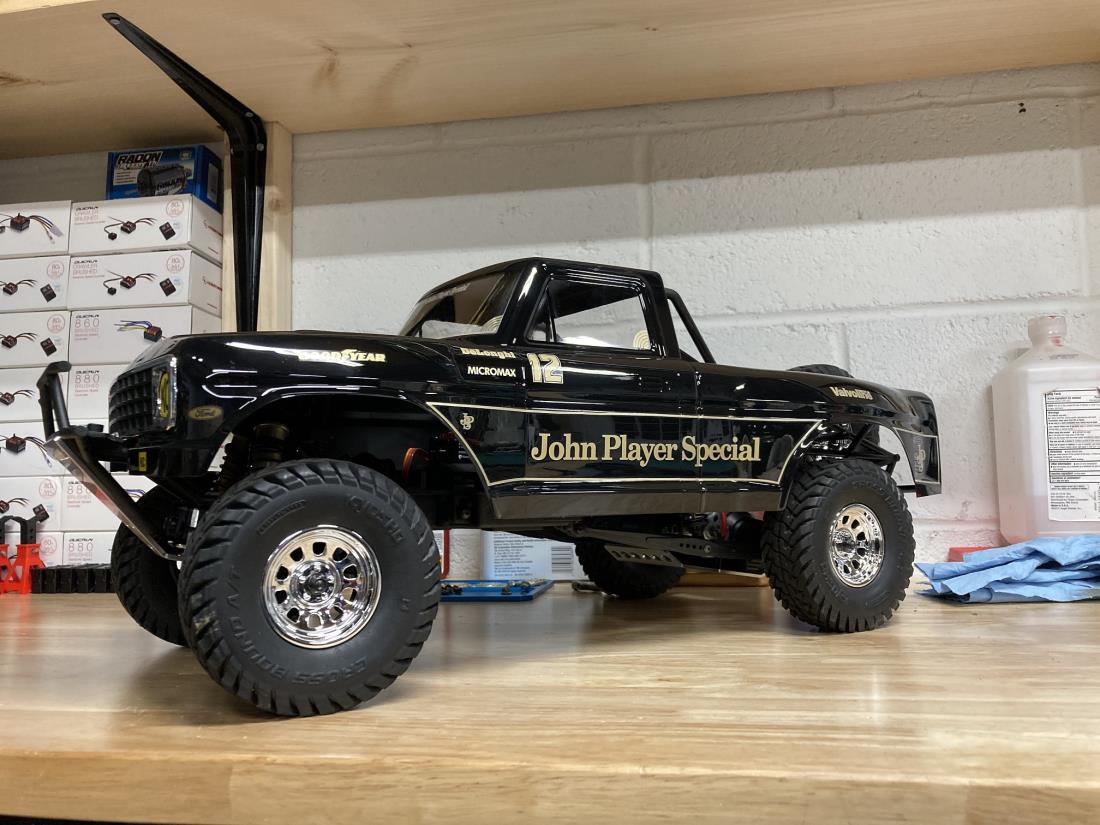 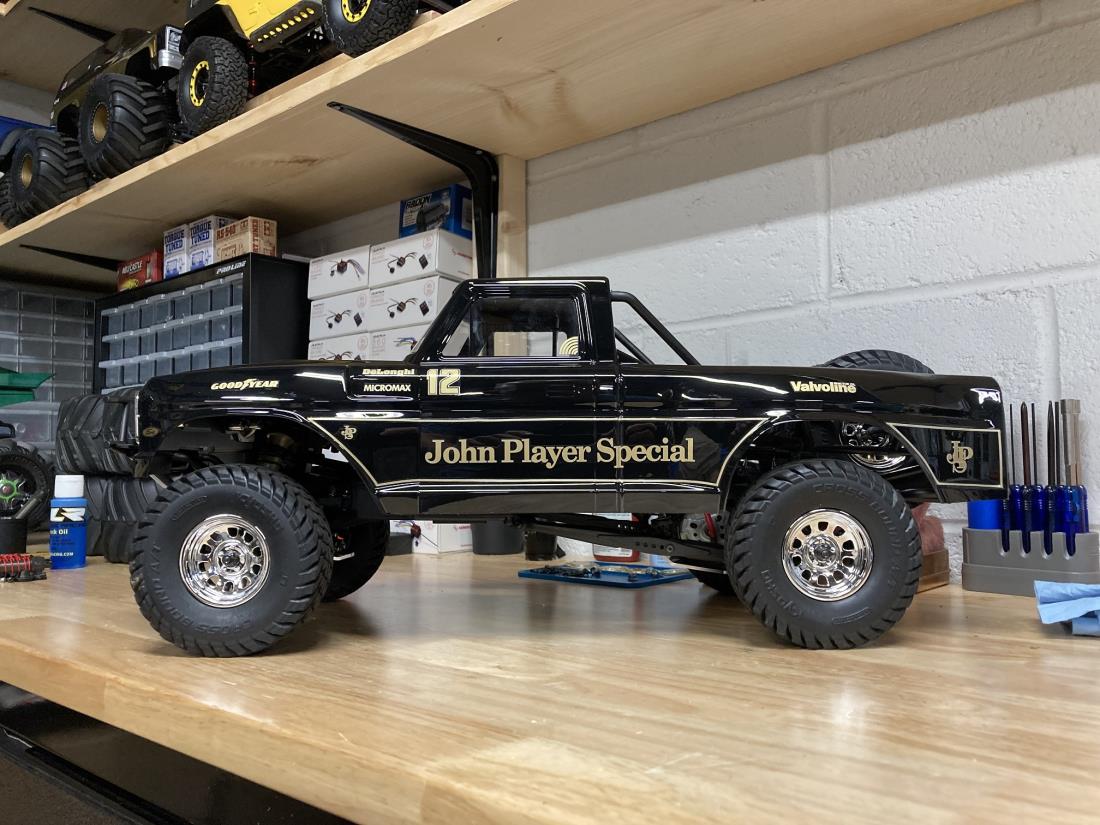 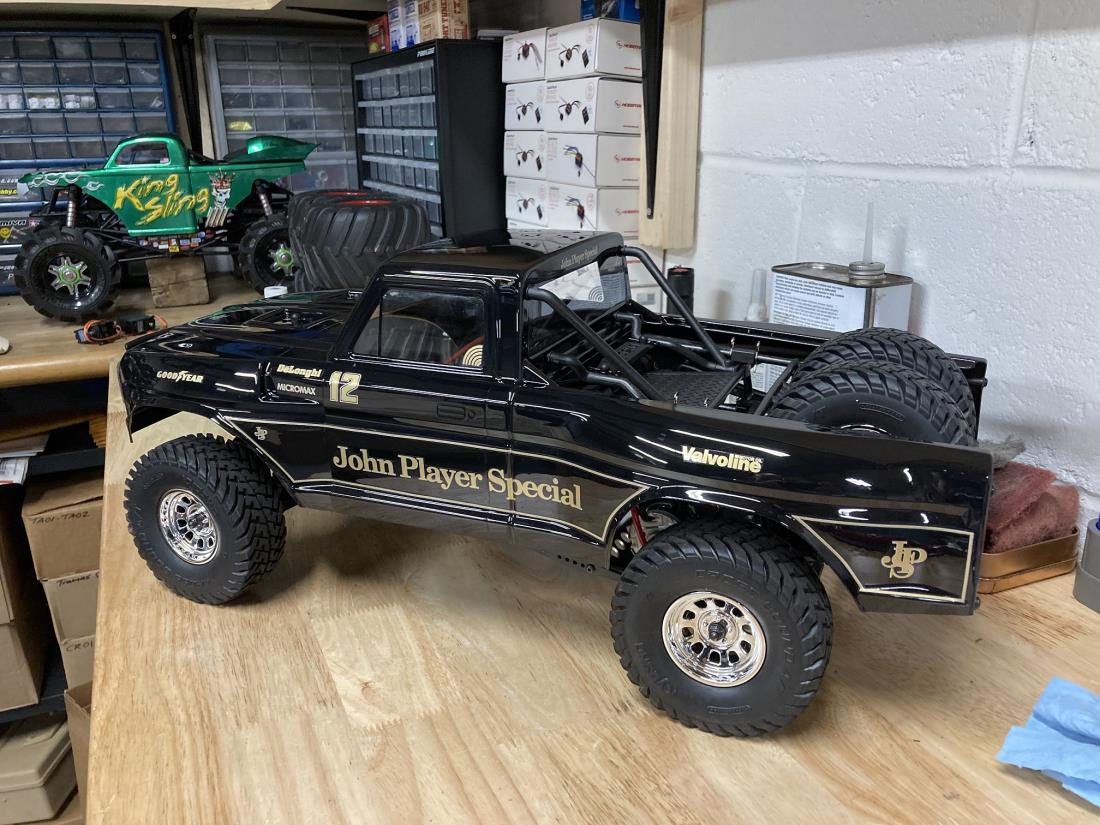 Well, despite the ropey quality of what you started with, that's a fine looking Trophy Truck/Pre-Runner!!

Totally agree with your comments on the looks, Kyosho sure nailed the body but you put the cherry on the cake with that paint job!