I've been busily collecting TA03 parts for the past few months, as an idea occurred to me.

I have a TA03R-TRF (58227) NIB kit, and I thought, wouldn't it be great to be able to create a TA03F David Jun version, which then led me to think about collecting all of the parts so I could build every TA03 TRF variant, i.e.

So that's what I've done. It turns out that the conversion from R to RS versions is very simple, as the kits are near identical bar things like needing a shorter belt for the RS, the chassis plates obviously, and swapping out the gold alu parts from my R for something different for the RS. I never liked multi-coloured RS bling alu look, so have gone with a cleaner alu look with blue accents, for example on the drive shafts/ universals and ball connectors. The conversion to the David Jun so it is 100% correct requires a load more parts, e.g., a gearbox, bigger alu belt pulleys, a TA03 diff for the front, the chassis plates, and quite a number of extra/different screws and small parts, which I had in my spares. The DJ will also have the additions of alu servo stays (53308), alu steering set, and rear carbon stabiliser holder. Having all of these and the parts for the RS sorted also means I'll be able to make the never produced TA03FS-TRF, so something fairly unique!

The down side of this project is of course that I can only have one of the variants built at any one time. However, it's a nice little project, and over time I'll be able to add some pictures of all the variants as I build them.

The first parts picture shows all of the parts needed (actually slightly more than is required). The second parts pic are all the TA03 parts I've collected, which I won't need for this project, but which will come in handy if Tamiya ever release a TA03 special (like the TA02 Jagermeister and 45th anniversary editions) which is begging to be hopped up with some vintage parts. I was hoping that might have happened in 2021, being 25 years since the TA03F-Pro was first released, but alas Tamiya seem to have missed that anniversary opportunity! 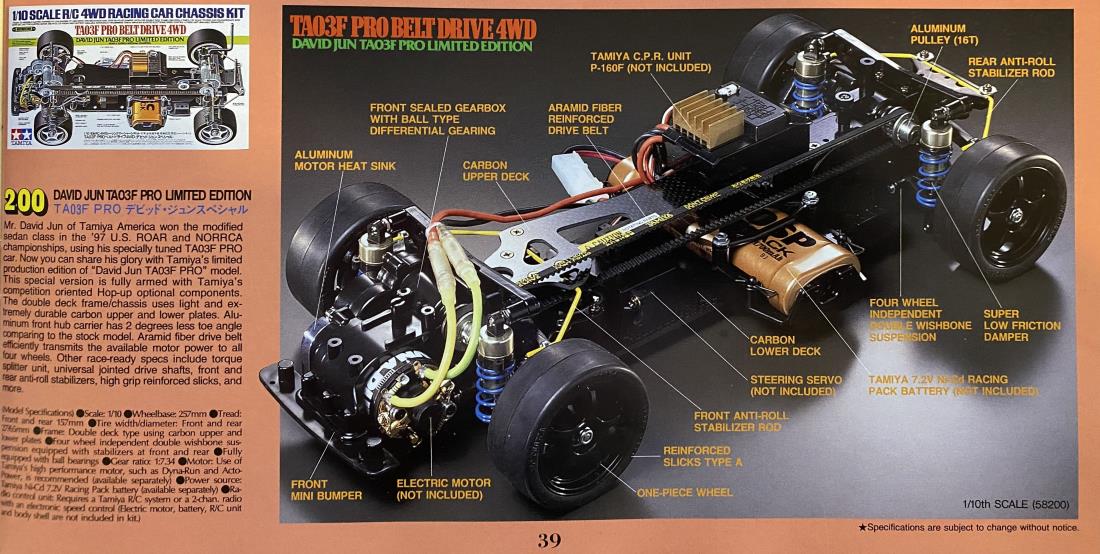 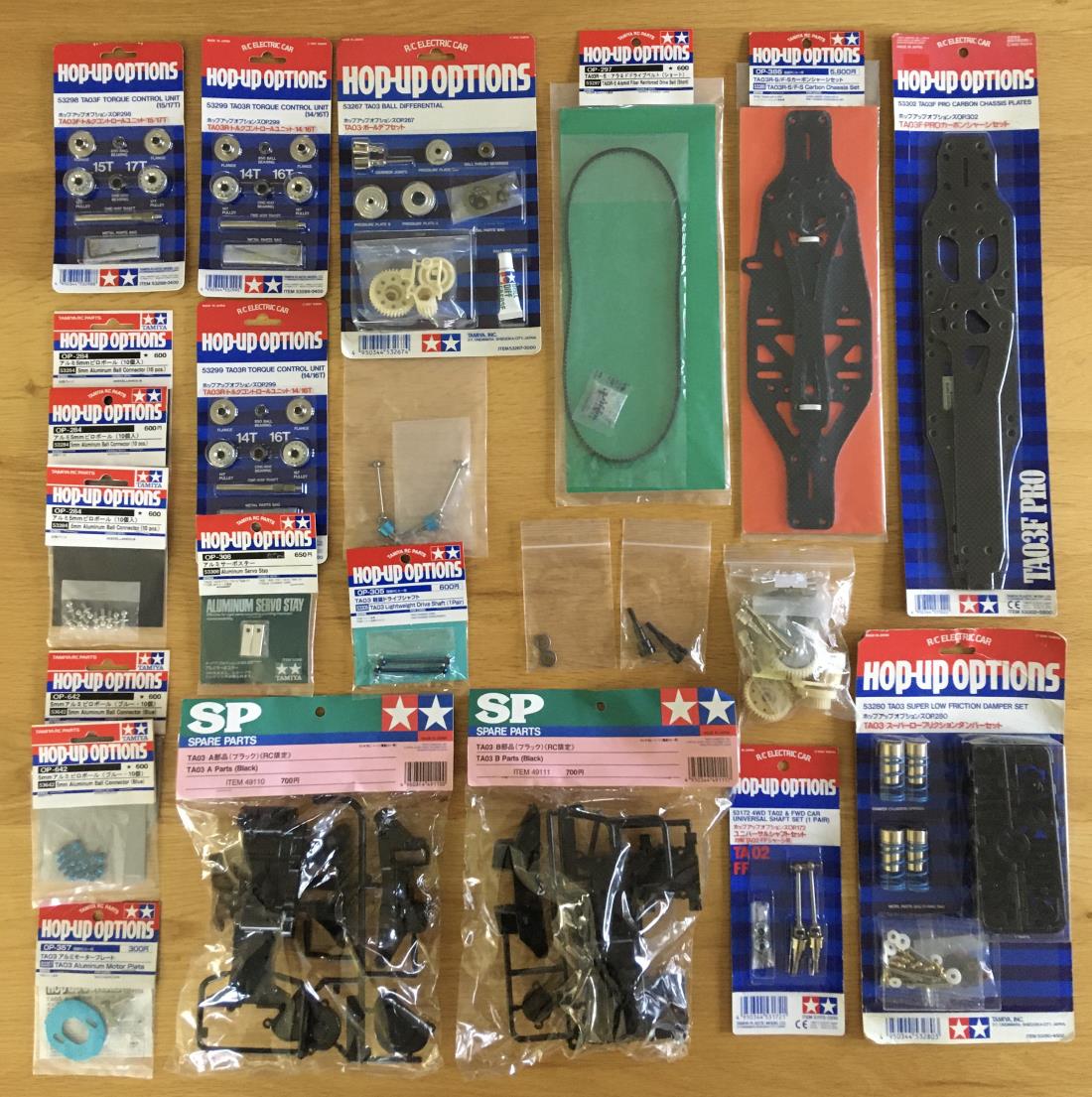 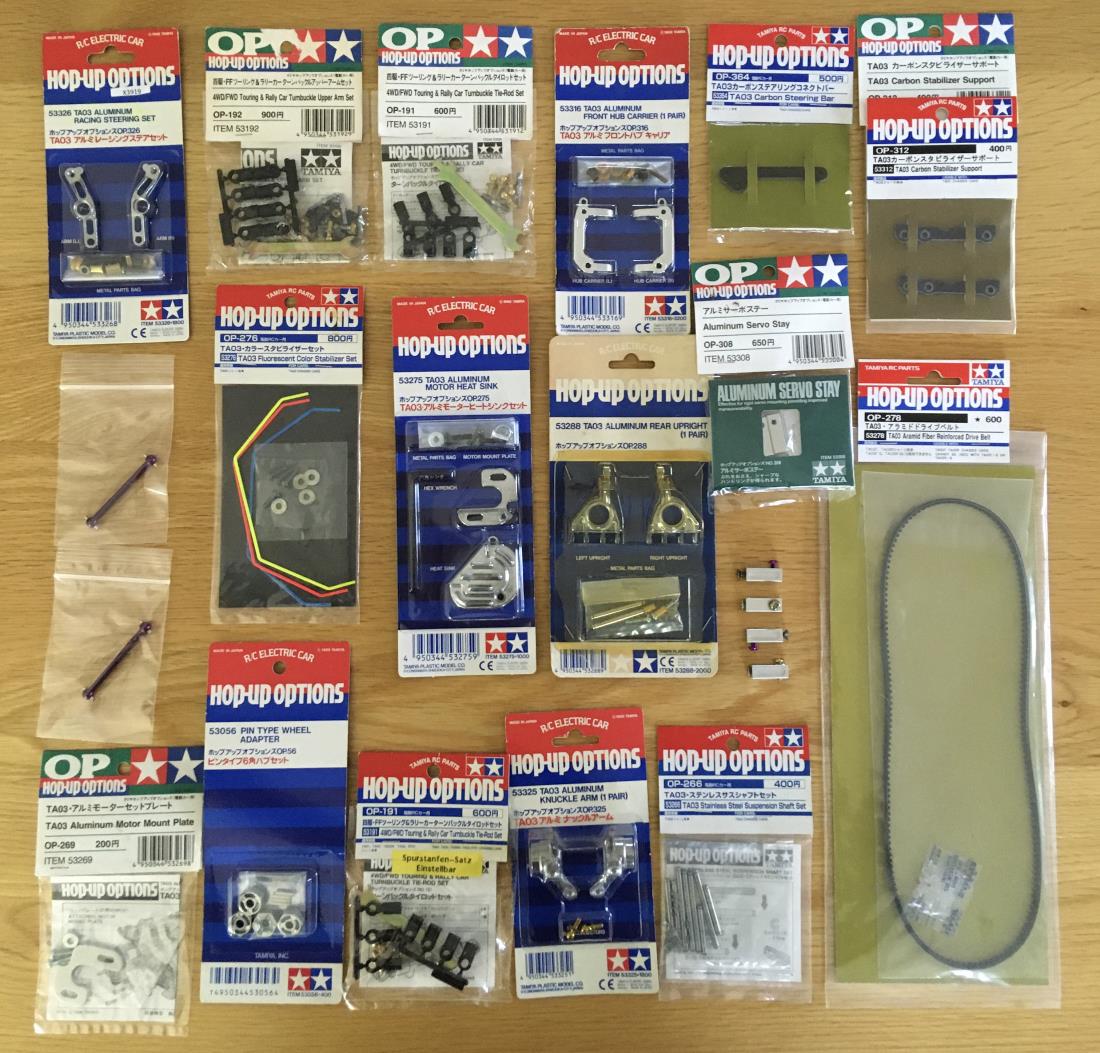 Epic idea David.
The best build I've ever done has to be the 58227.
Really looking forward to build thread or at least the final pictures.

Brings back good memories. I once build a TA03 R TRF myself. Looking forward to this build.