I still remember the first time I saw a Tamiya Porsche 959 in action.

As a little kid, I accompanied my dad to a car show in the 80ies and suddenly there it was... that little Porsche with its yellow rims... sliding across the shiny floor tiles.

My dad might remember it too I presume, because I didn't want to take my eyes of it , neither was I interested in anything else, and any attempt dragging me away probably resulted in an immense crying symphony :-))

Through sheer luck, I found this one on a local site . It wasn't even advertised as a Tamiya Porsche 959, but just as a 'Porsche RC'. After getting into contact with the seller, it became clear this would become a special model to me.

Not only was the seller one of the former bosses of my dad, but the initial owner (who recently had passed away) used to be a friend of the family as well in my early childhood. This added an extra nostalgic flavour to the model, so I had to had it.

I couldn't believe my eyes when I took in my hands for the first time... besides quite some dust, an unfortunate cut at the bottom of the body (badly cut by the original builder), and a missing box.... it looked brand new!
Chassis, tyres, connectors, suspension, etc...all in (almost) new condition! The body was complete, including light set and cockpit, quite well painted as exactly stipulated in the manual (spray paint white and brush paint blue), and all decals were still there although some have loosened at little bit of course.

Additionally I was accompanied by the original Sanwa remote and 'see through' carton which I think they used to put in showcases of toy shops (still have to investigate that).

So bottom line, I never had a happier and more careful drive back home than this one :-)))

Next up.... I'm not sure yet... but will probably disassemble, clean and reassemble it all, restore the body and then give it its first and final run.

Looking forward to that moment already! 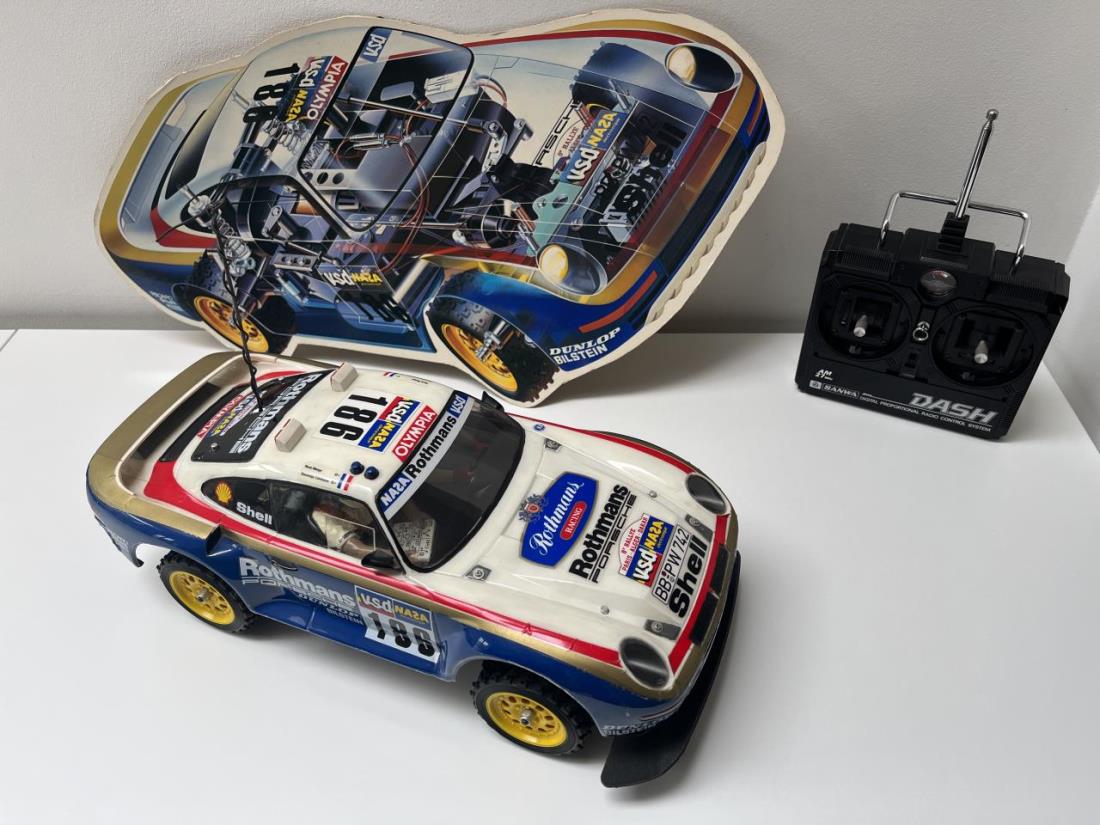 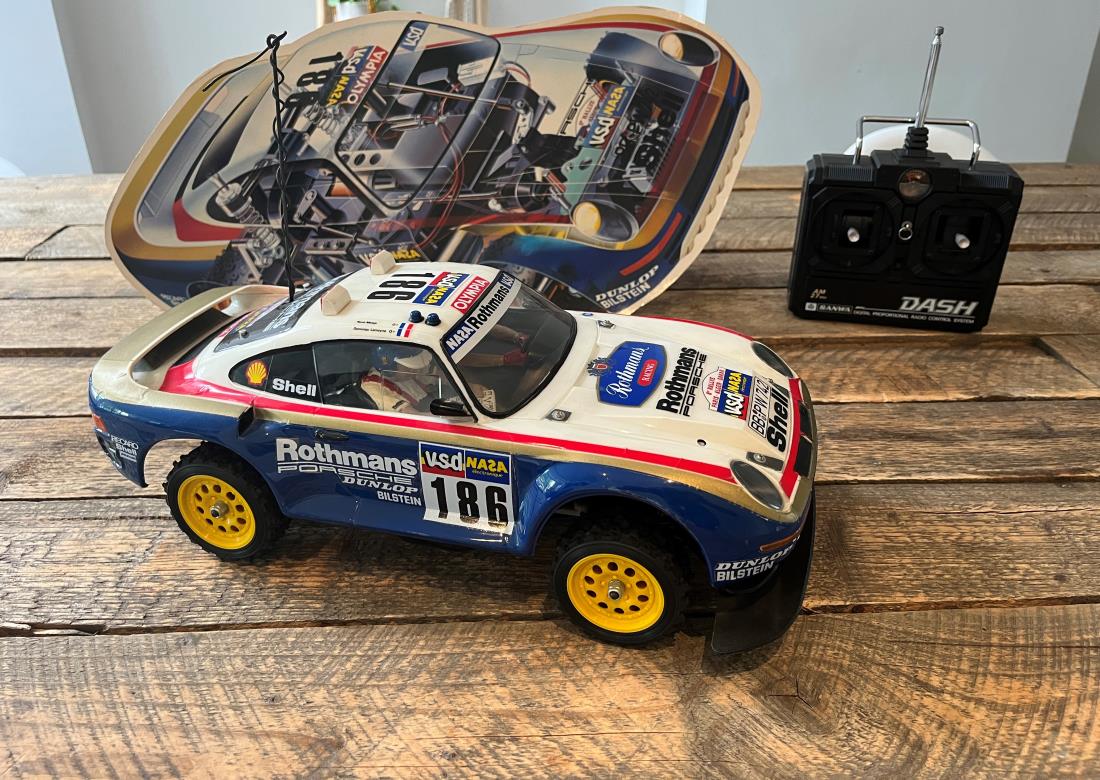 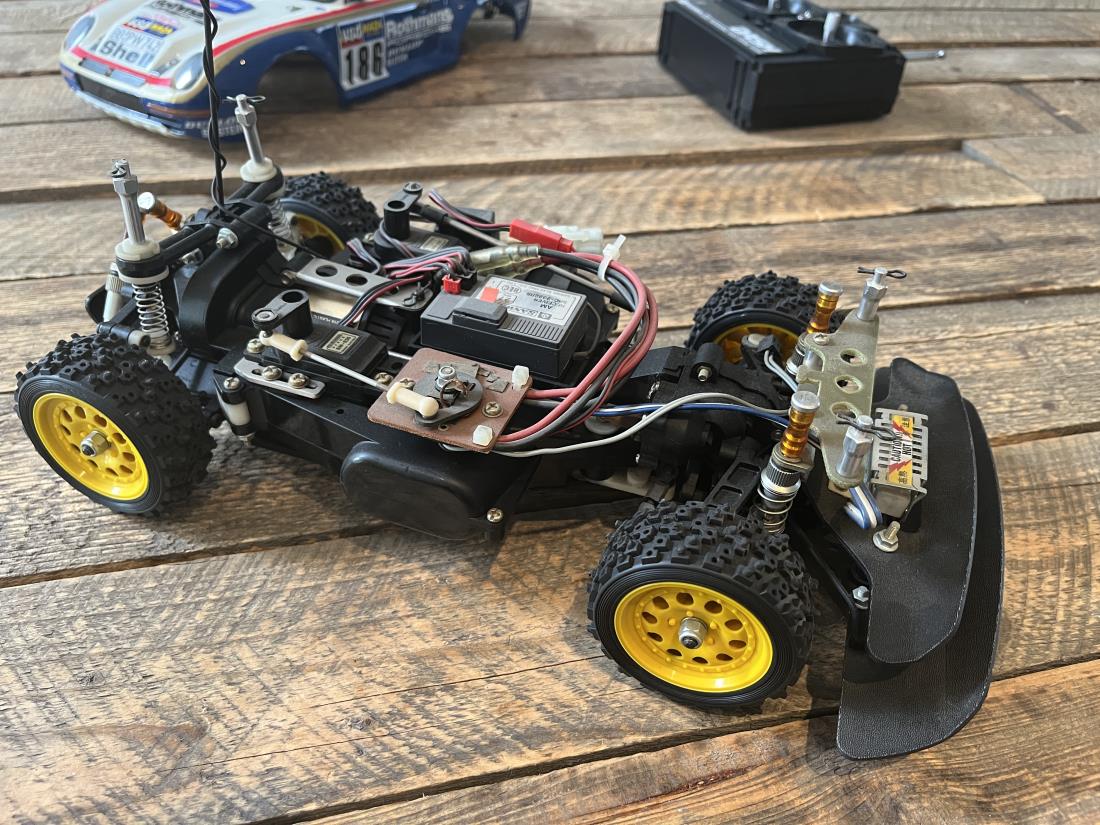 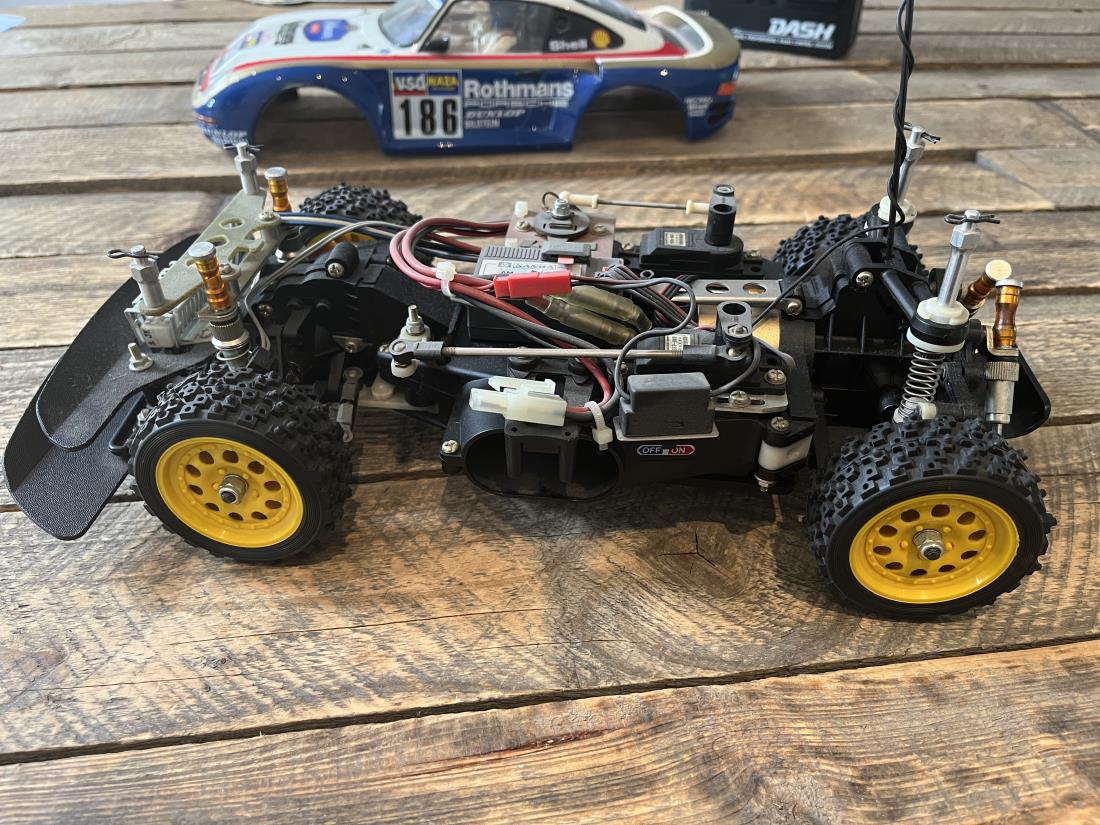 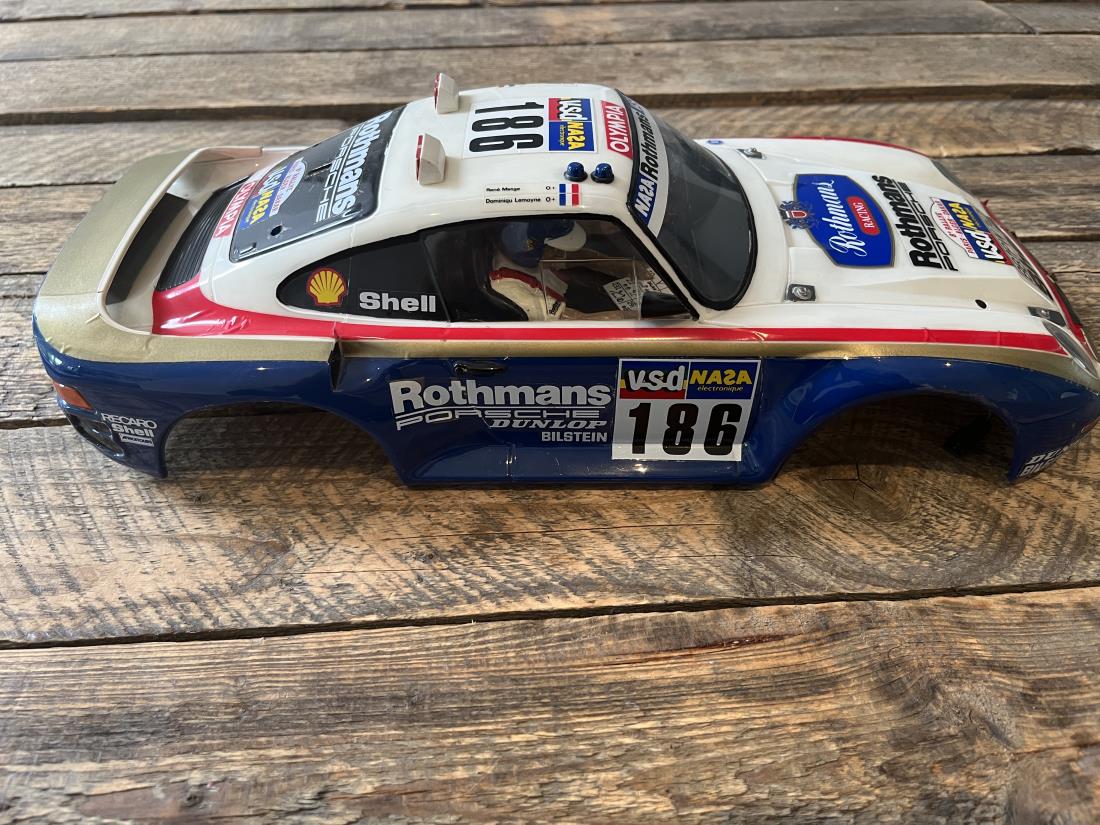 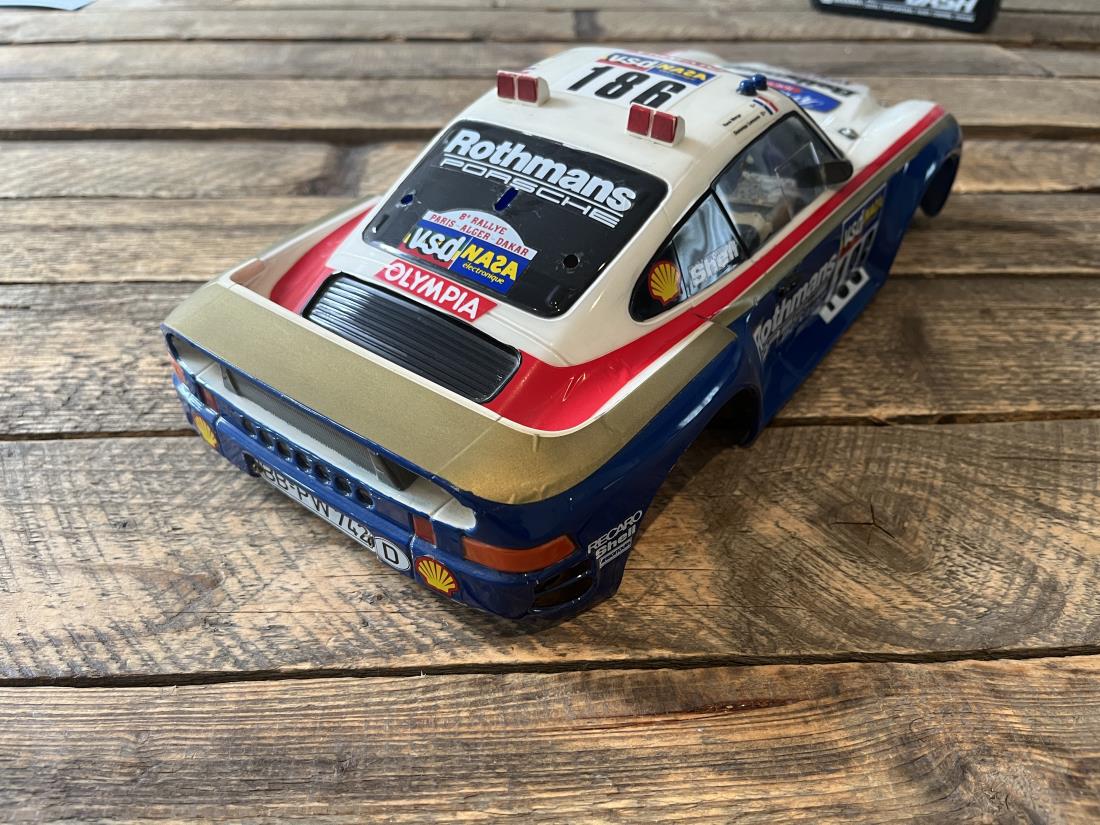 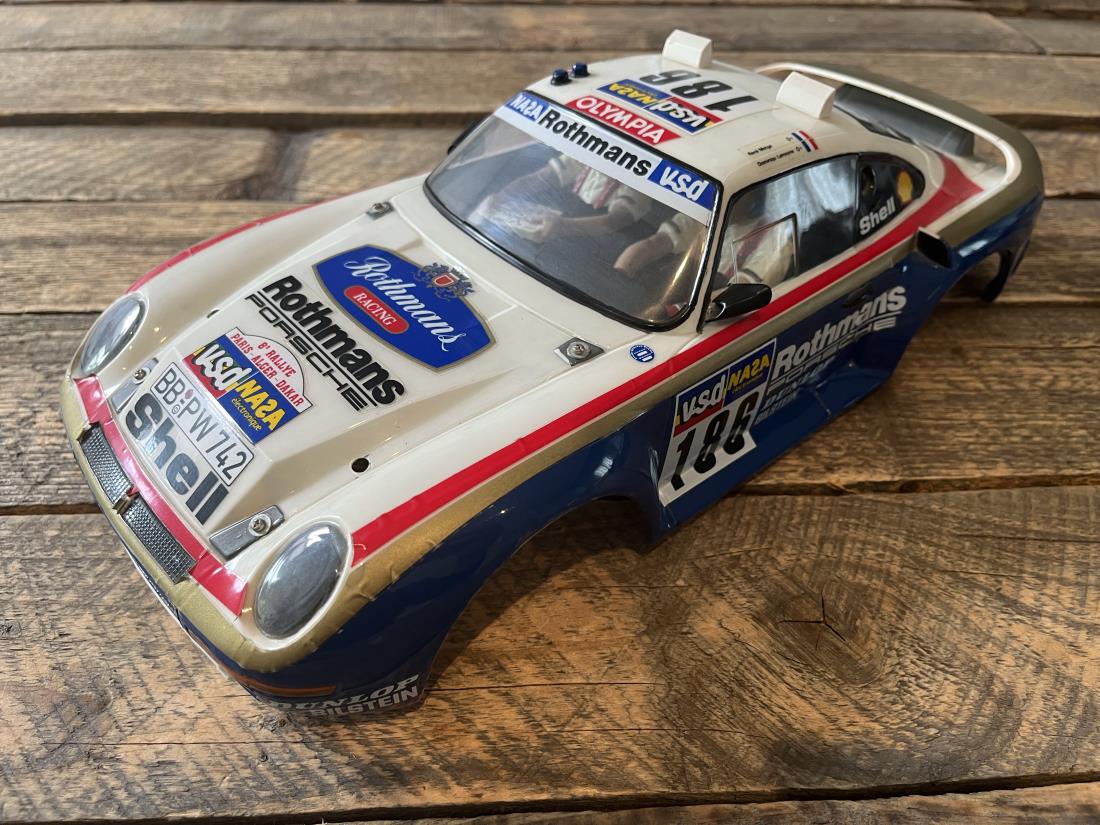 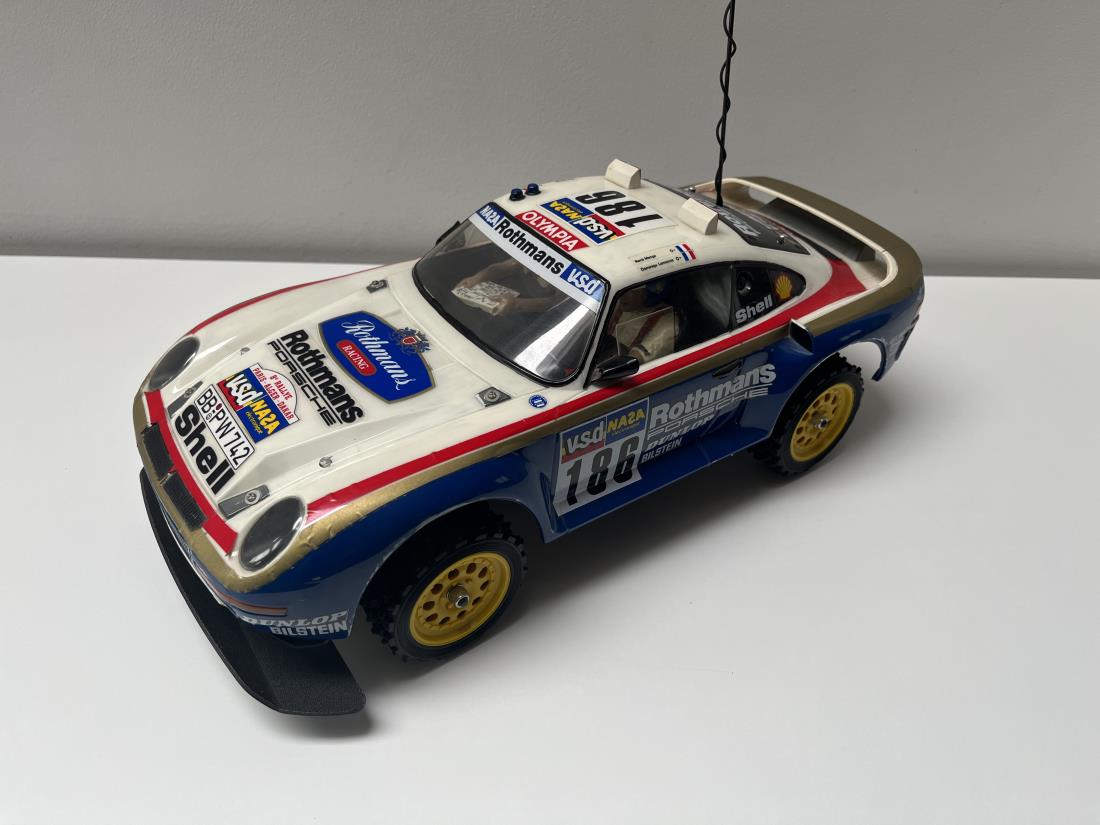