Ronnie Peterson, Swedish Formula 1 driver who won 10 Grand Prix races from 1973-1978. Although never won the world title. He made his debut in 1970, racing for the 'March' team. Who immediately impressed the world with his 'raw' speed. In 1971 he scored 5 second places & was runner-up to Jackie Stewart in the world championship. He soon left for the Lotus team in 1973 where he scored his first win in the French GP. Between 73 & 76 he won a hand full of races & went back to the 'March' team for a very short spell. But, In 1977 he was offerd the chance to drive the new 6-wheeler Tyrrell. This very complex car was not what Ronnie needed to progress & 1977 was a low point in his career. 1978 came & he returned to drive the 'JPS Lotus 79' along with team mate Mario Andretti. Where they both dominated the 78 season. Peterson was classed as the number 2 driver to Andretti. But, He showed otherwise on the track, As he was only 9 points behind Andretti when he won the Austrian GP & there was only 4 races left that year! It was then announced that peterson would be driving with the McLaren team in 79. So when Mario's exhuast broke at the next race loosing him power, Ronnie followed him over the finishing line to let him win. Ronnie thought his time would come next year for sure..

Unfortunately, All of that ended when Peterson hit a guard rail at Monza head-on! Broke both his legs & was rushed to hospital. Although his injuries were not life threatening, He died from post operation complications.


I know, A very sad story. But my little tribute to a forgotten hero, Who's glory was cut a little short.


This Baby, Is my Formula 1 dream! Bought 90% complete from Eddie (Cossie3dr) again!! For such an amazing price. Cheers Eddie lad! Just had to spray & decal the body (Very hard work, But loved it!) to finish. Not 100% new, But I can't tel which are the 'used' parts!? Hope you like it & thanks for reading. 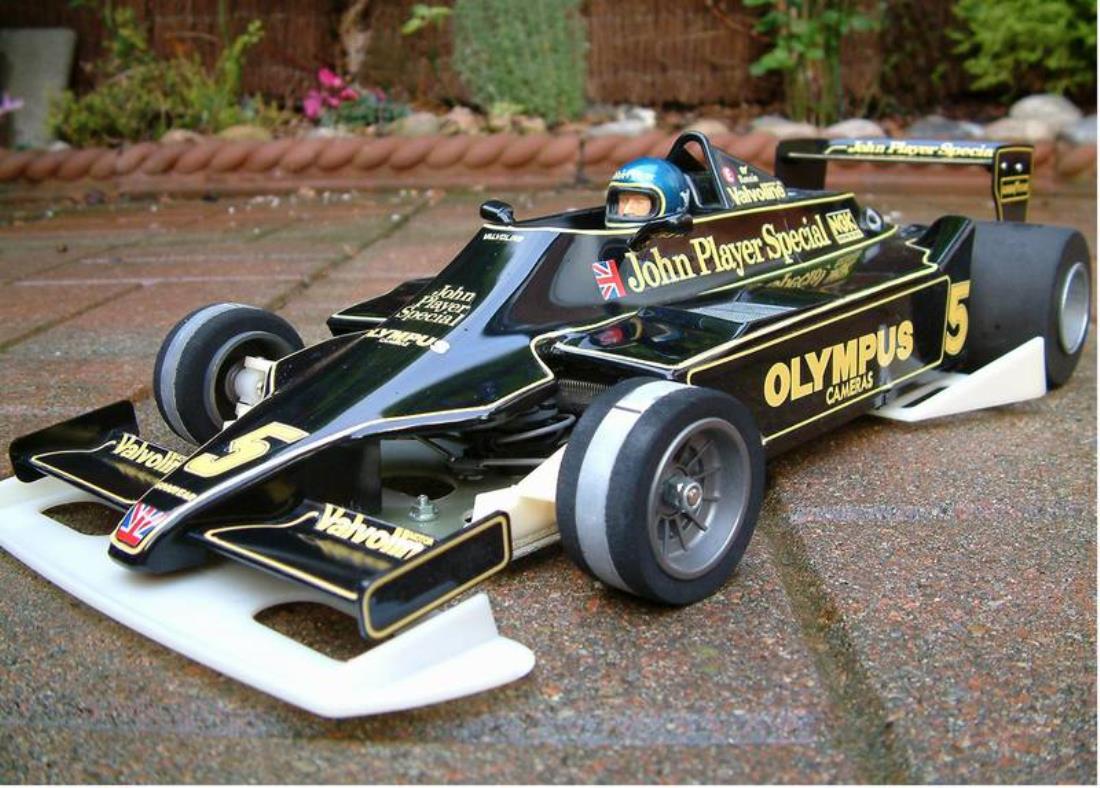 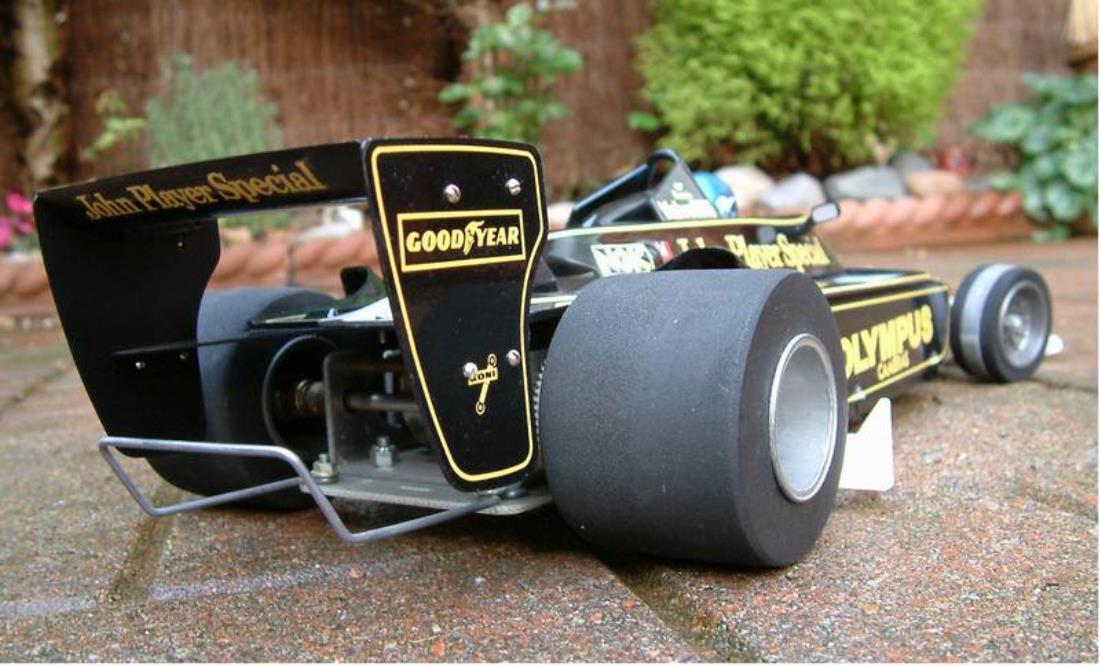 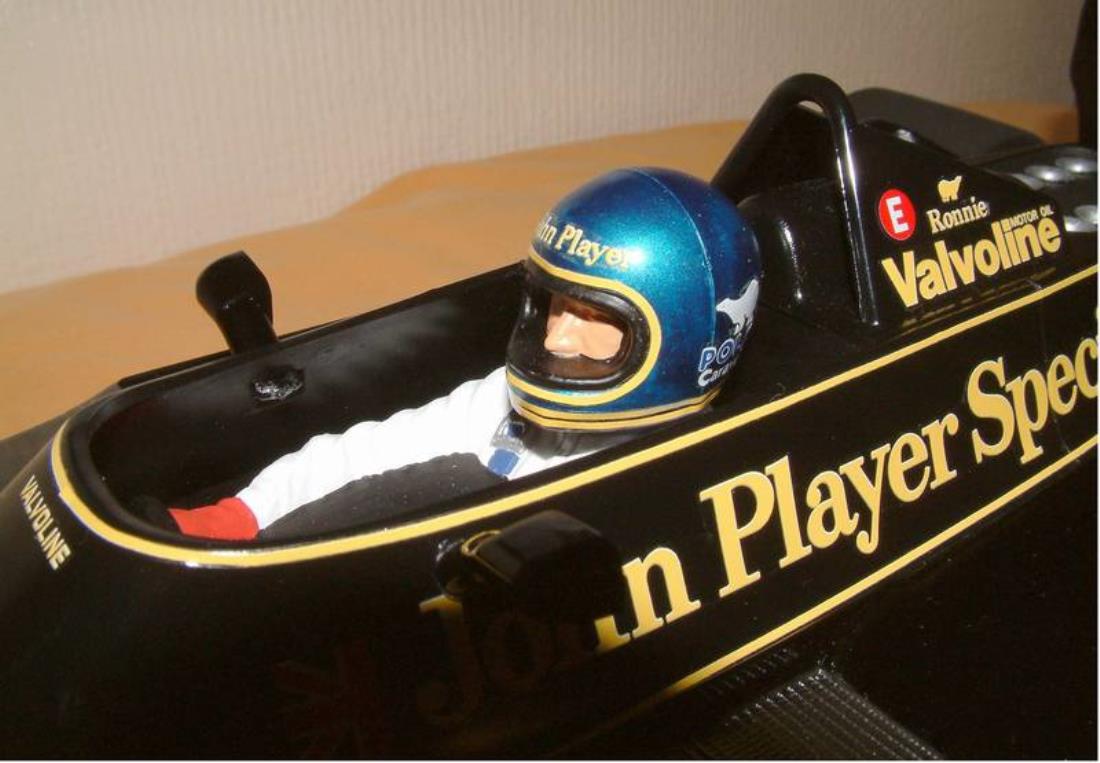 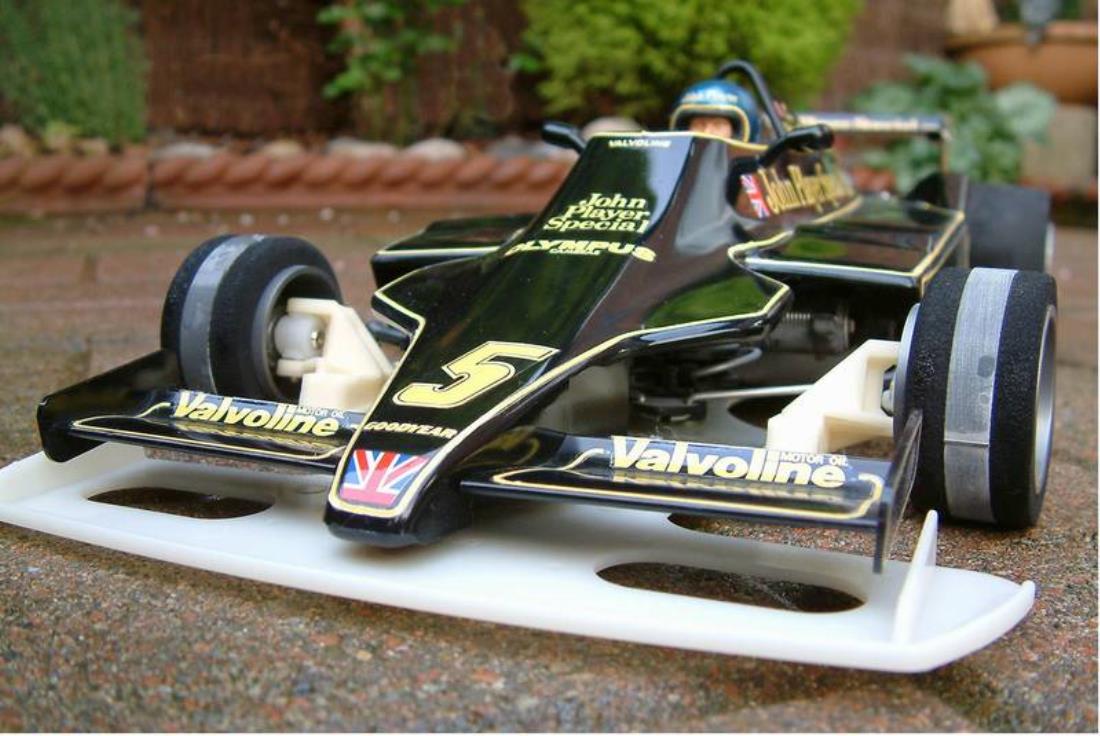 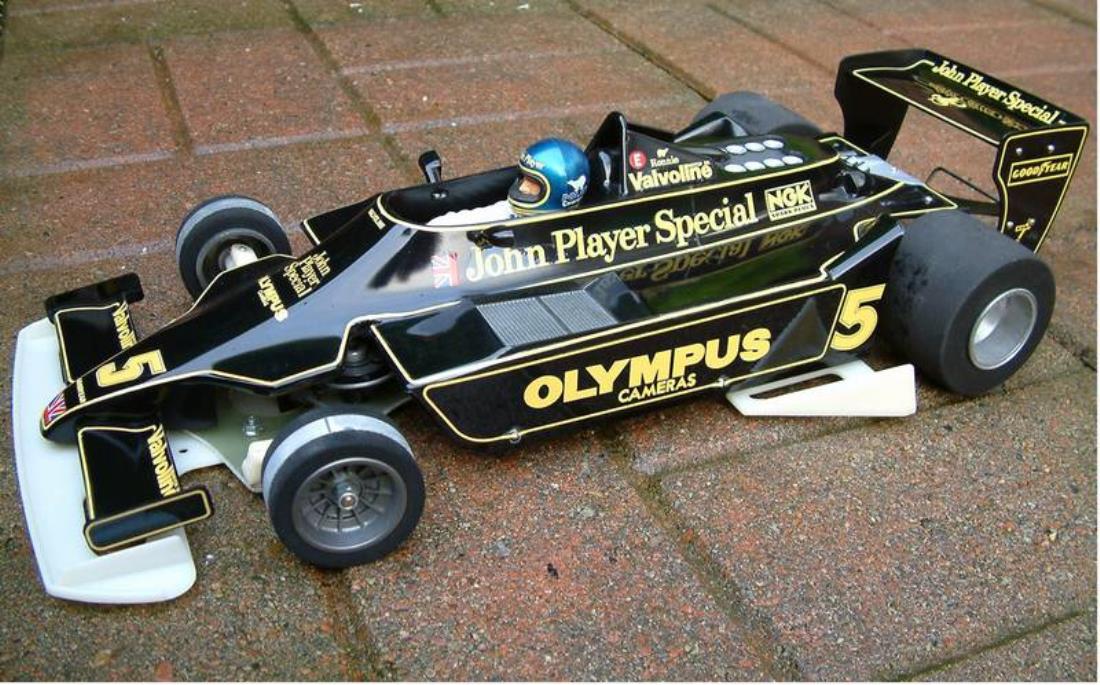 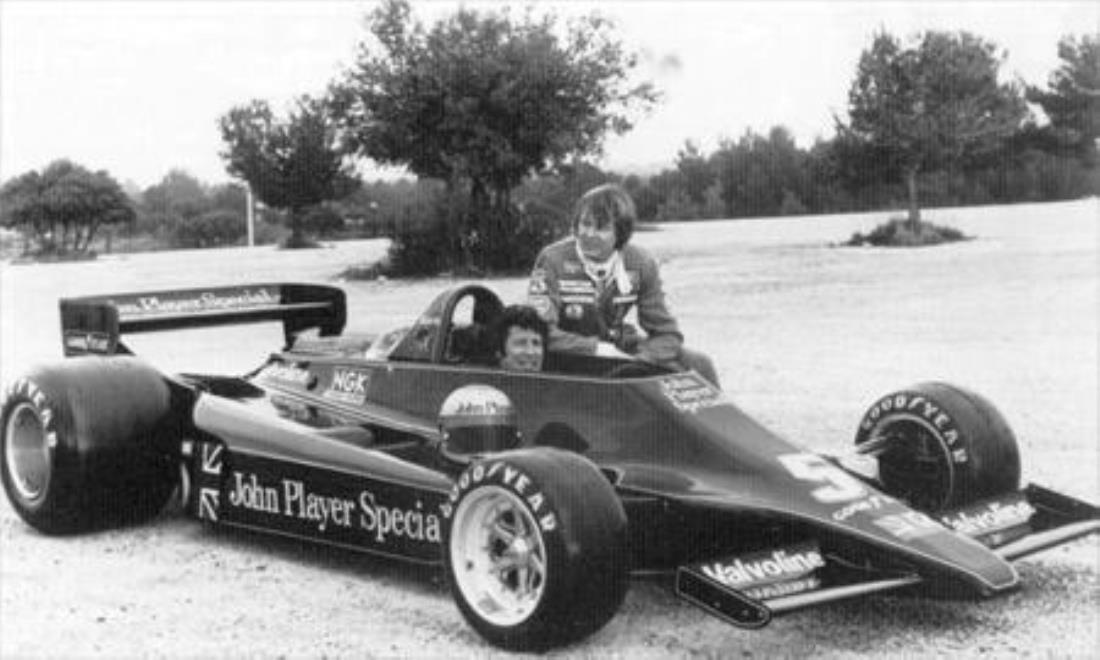 The man himself, Along with Andretti sat in the 79

A credit to you young man, it looks the dogs gonads

One of my favourite 70´s F1 Cars ! Looks awesome. Congratulations

Your brief history of R Peterson is well writen and that paint job definately rivals the best of them! Excelent job!

Ronnie was a hero of mine. Years ago my elder brother did up a 79 just the same as yours, but it is long gone. Great job, looks perfect. When I build my 6 wheeler it will be Ronnie's car. A couple of years back I saw Mario drive a JPS Lotus at Goodwood. He is a great man too.

Nice one - you'll never guess but I too had a Peterson tribute car! Yup, it was a Mardave 1/8 with a Veco .19 in it - I did my best but with no decals it didn't look nearly as good as this - I used Letraset on the white ABS body for the words and cut up strips of s/a film to mask the lines, sprayed it black and removed the lines and the letraset with a scalpel - it took forever!! Obviously that left white on black rather than the gold but it still conveyed the message! Did you know the real ones were in fact 'hearing aid beige' because the gold didn't come out right on the TV? Strange but true! I think this car is awesome Mark - Ronnie himself would be proud to have this!!

That's very kind words fella, Thankyou ever so much! And interesting to know about the colours.

Wonderful info, great pictures. Many, many thx for posting this