This HotShot started life as a supershot that I bought almost a year ago. I bought 2 supershots within a month. I restored one supershot, and had the other apart, toying with the idea of turning it into a HotShot, since I have no use for 2 supershots, and like the looks of the hotshot.


The supershot was missing the body, technipower, gold wheels and underguard. So it was practically a hotshot already, or so I thought.


I bought some used chassis parts on ebay to replace the originals which had some damage and extra holes drilled. I then bought a NIB hotshot speed control.


I then hit the books. Studied the Hotshot and supershot manuals and ended up with a pretty large list of missing parts. Lots of small red things, and some other pieces of hardware. Dampers. Body. Roof etc.


Ripping thru the showrooms, I found an entry by Shodog about his restored hotshot, where he mentioned that he replaced nearly all of the parts. I contacted him and ended up buying the parts he replaced. The best part of this is that this lot included a badly painted, but uncracked body and wing.


I'm now in the middle of assembly. I'm about to tackle the electronics 'tomb'. So I have to dig up 2 servos and a receiver.


Update 12/12/2003 - Still short a few parts, but the car is mostly complete. I've been running it outside in the snow. Lots of fun. I got the body repainted, but added some cracks and lost some of the delicate parts during paint stripping. I'm not sure what kind of paint was on there, but it was tough to remove.


Update 12/27/2003 - Crapcrapcrapcrapcrap. While running it one day, we broke an upper rear arm right where the rear shock level mounts. I CA'd it and it seemed to hold the next day. However, it just broke again, so I think I'll need a new one.


Update Feb 16 2004 - I got a bag od screws and suspension pins from from purple_rob, replacement suspension arms from UK Vintage, and the rest of the missing parts and some advice from Chris from Texas. At last, it's done. It 100% complete and functioning. I just took it out in the snow and it ran fine (after replacing a bad upright). 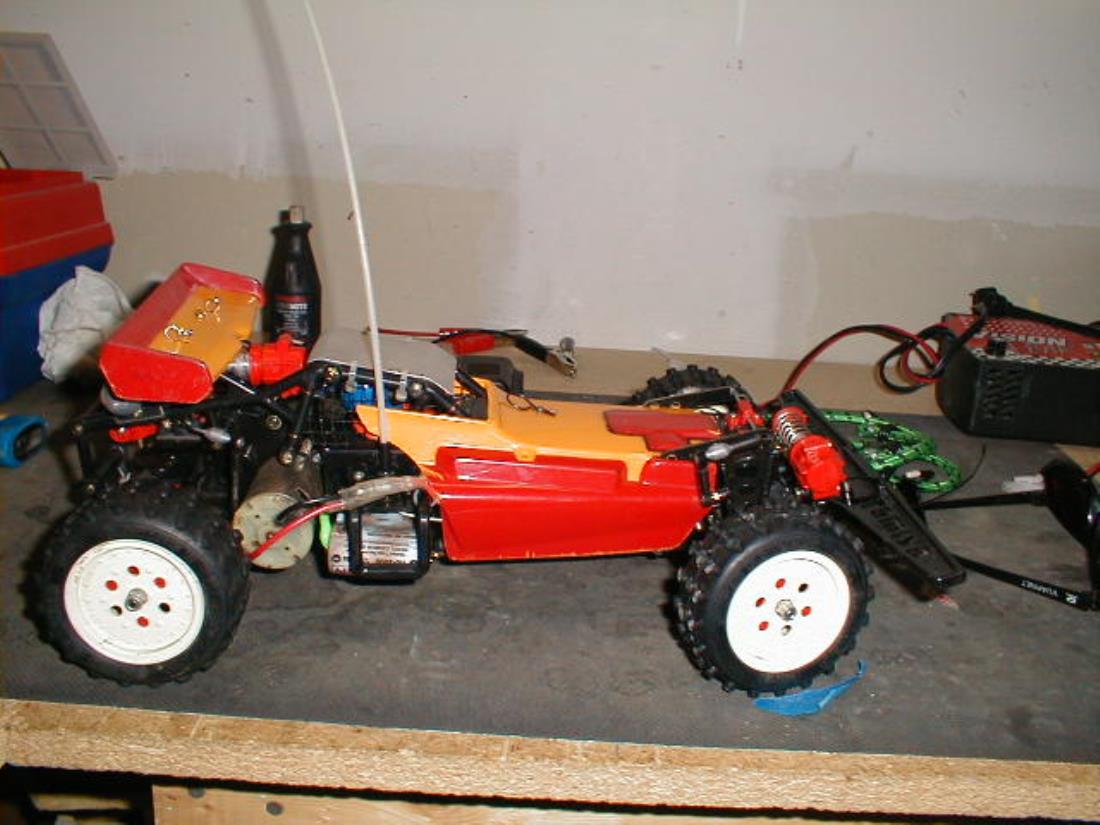 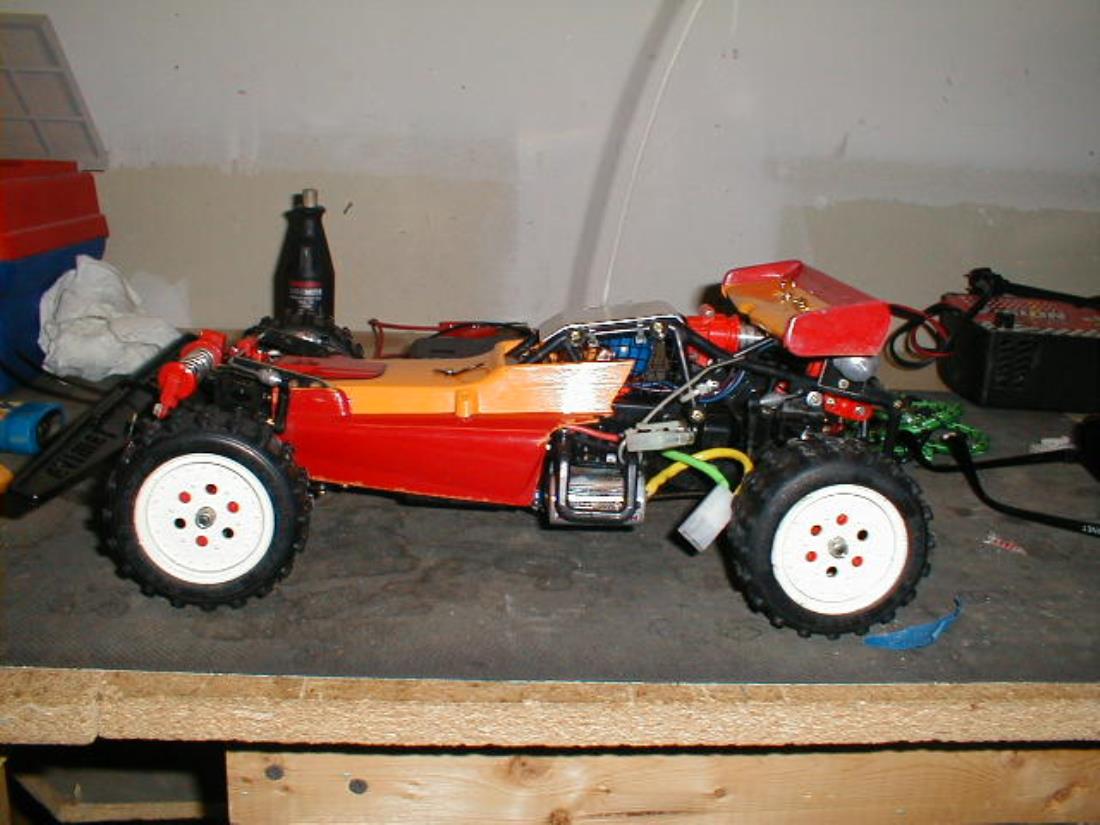 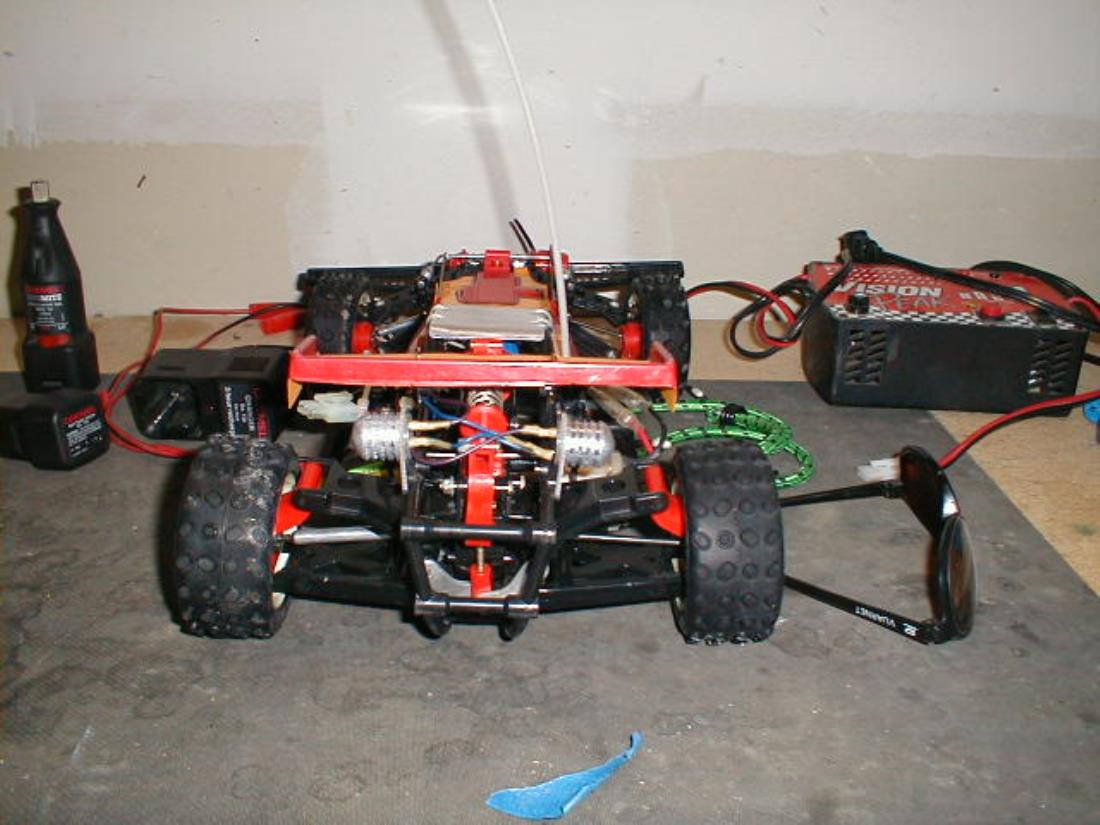 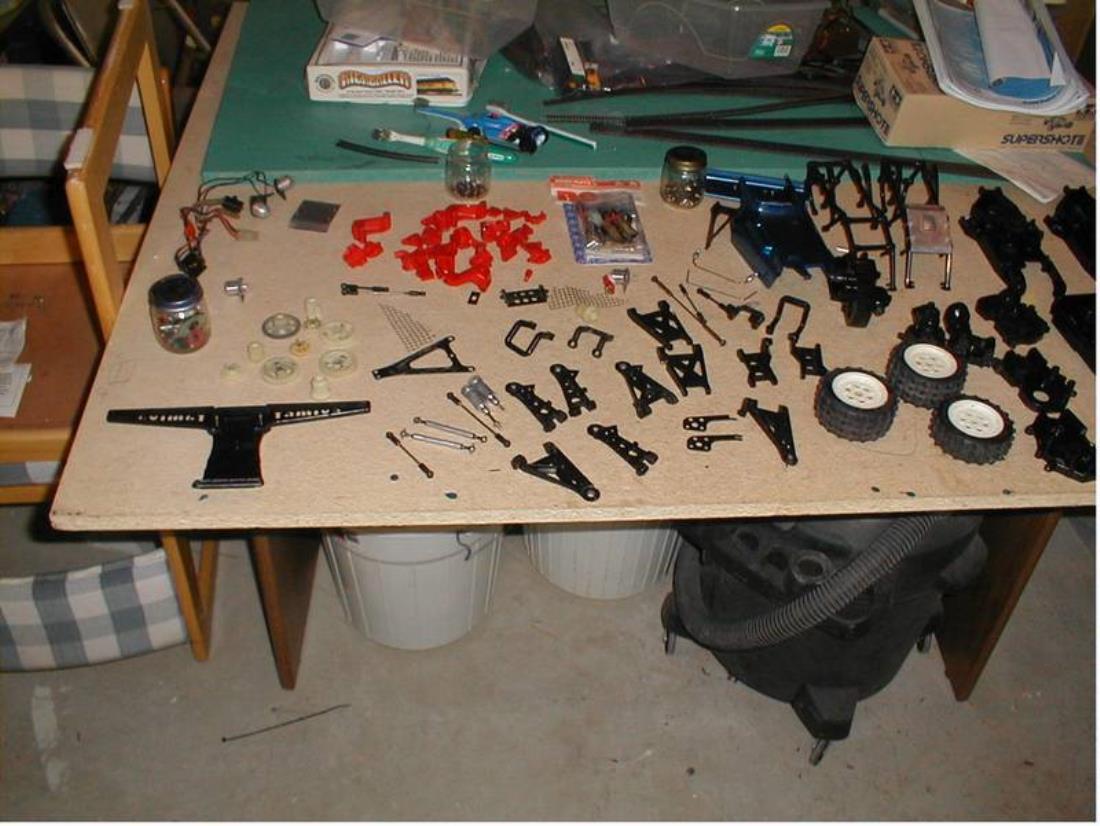