I bought this from club member Alex, Incredible_Serious. This car has been from the states to Australia and back. It was in pretty good shape when he delivered her and he sent along 2 of his favorite brews, VB, or Carlton United Breweries Victoria Bitters and a fine dark it is! This is the carbon chassis model of this car and was pretty far ahead of it's time for when it was made in the mid late 80's. It has a bullett proof transmission with ball diff called the stealth, and was light years ahead of what the company was running at the time. I installed Andys lightened rear arms and the hop-up arm mount, new universals, new tires and wheels, a blue screw kit, rebuilt the shocks, carbon and bearing steering linkage, new bearings in the stealth and the wheels, 12 turn Venom motor, Futaba ESC, Novak XXl FM receiver, and a left over Tamiya driver figure. The body was in pretty good shape and the wing was unpainted. I sprayed the wing and the inside of the body with Tamiya metallic blue. The bottom had seen some wear, so I wet sanded it out and polished it to look rather new. Most all of the white plastic had yellowed in time, and I found a good solution. I mixed dish soap and a little bleach with warm water and it came out white as can be. This buggy really flies, and is a nice addition to my carbon collection. Next carbon is going to be a TA02 Prerunner. I still have that blasted Wild dagger to do and I just finished a Saint Dragon and a Madcap. If you can get one of these, and they are still pretty common, I would grab one up. They were expensive when released at nearly 300.00 US. Mine has been run the one time in the gym and will live out it's days on the shelf. I got a NIB stealth transmission today on the bay, and I have the alloy case for it. It will be the last modification unless I can find some alloy front arms. 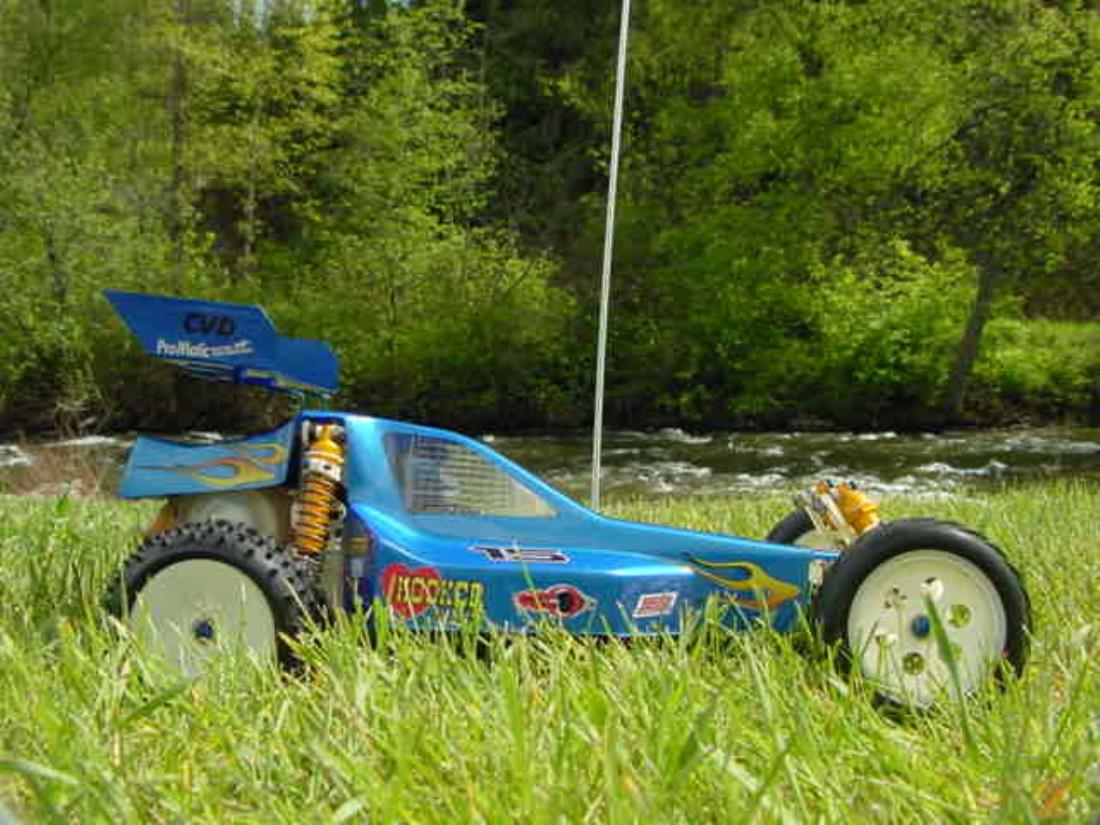 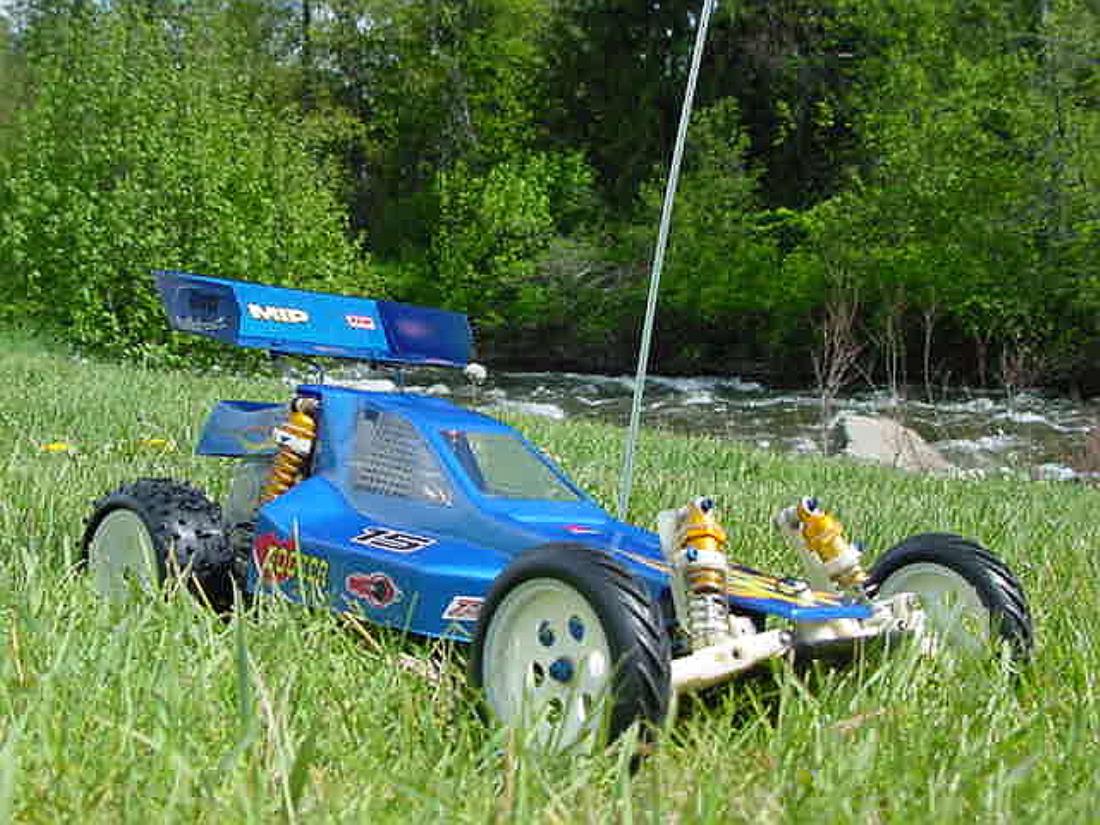 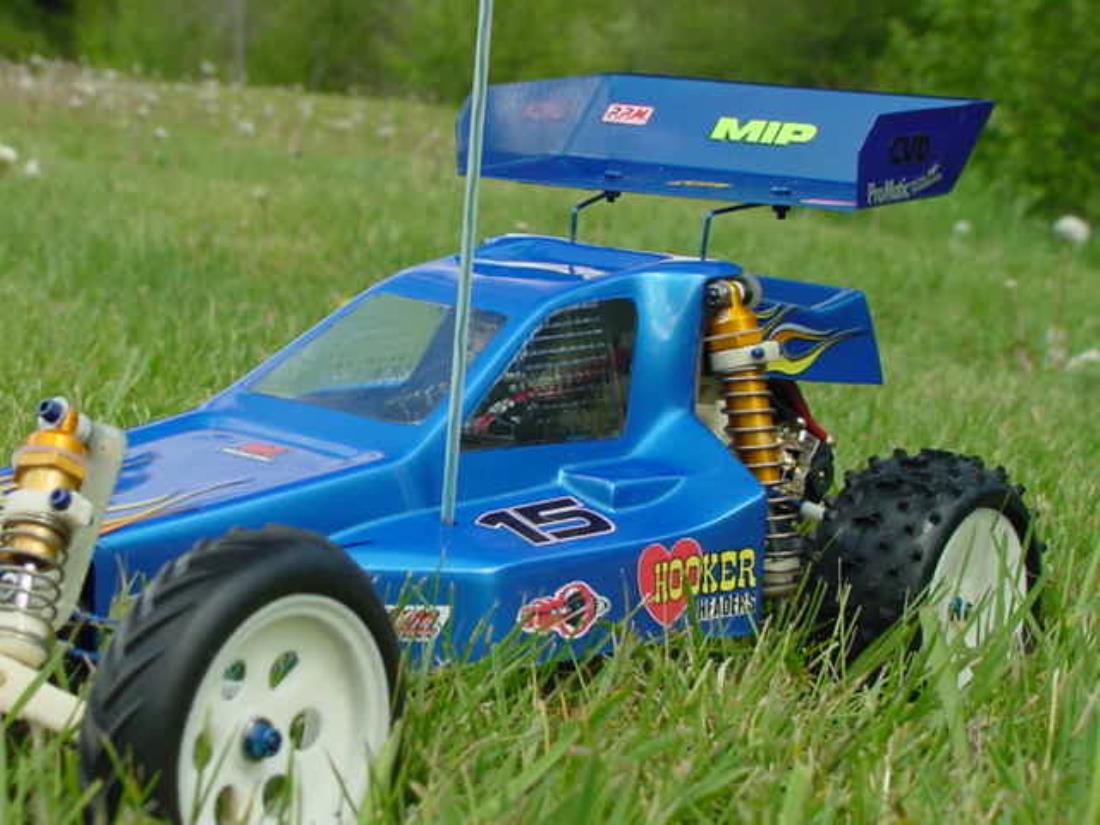 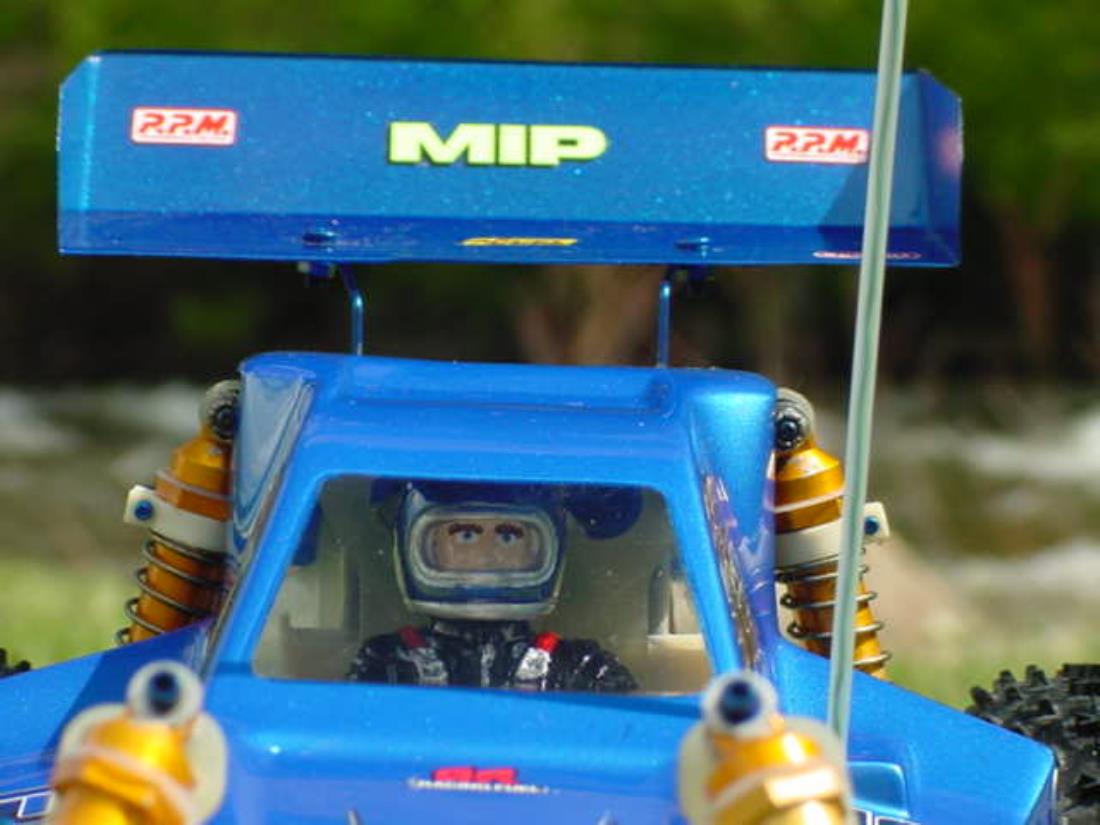 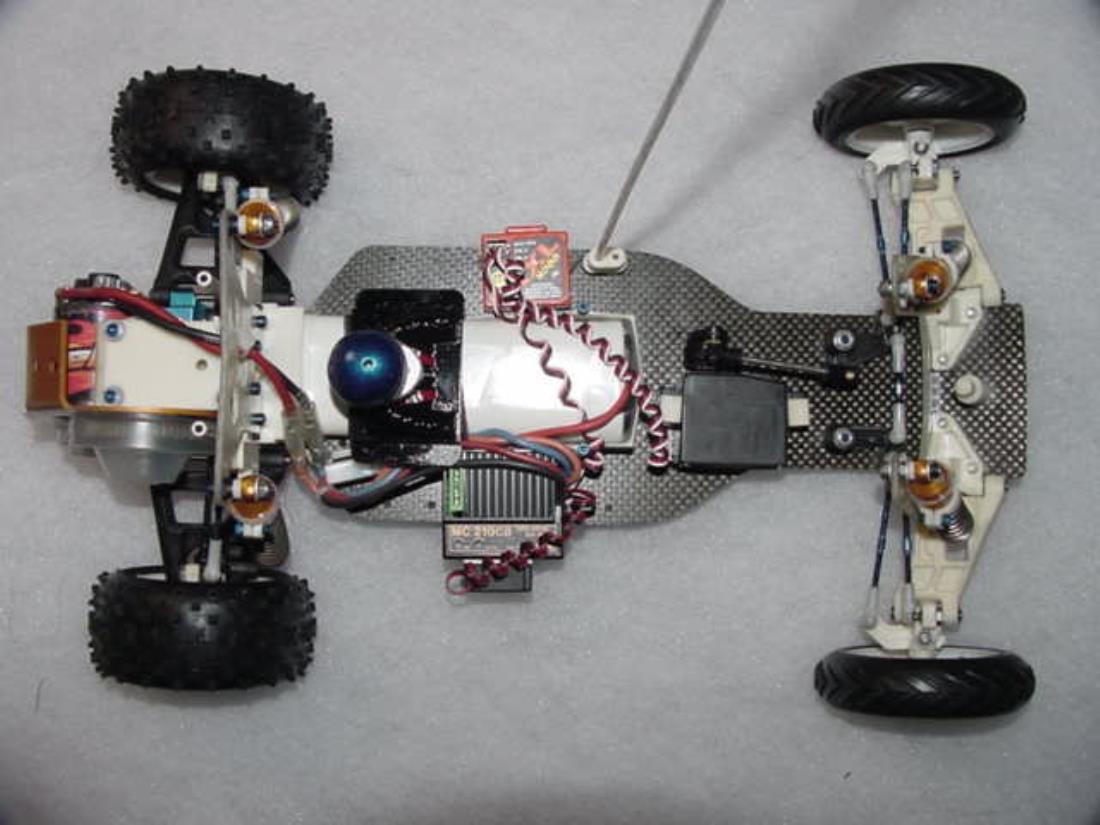 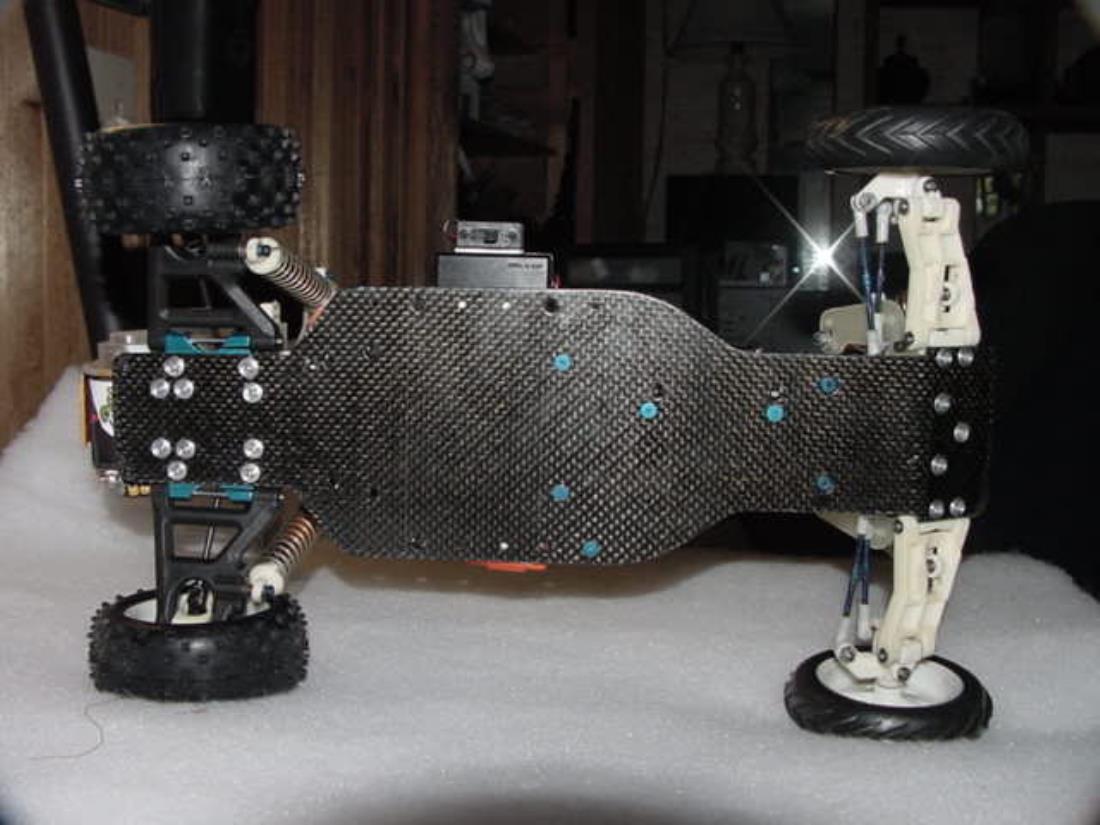 Thanks Alex, coming from you, having seen your cars, it is a real compliment!

i normally chat with alex on messenger daily.....i still wonder how this one slipped by me lol