Finally got my hands on a Vanquish. I had bid on this car a month or so ago on ebay, my max bid was  £70, somebody else outbid me but I wasn't prepared to pay any more for it because I know that eventually I'll get another one for that same money. Anyway turns out the guy that outbid me never paid up so the seller offered it me instead. I refused it for two reasons, one is that I get suspicious when you are outbid and the seller then offers you the thing anyway, suggests to me that 'somebody' may have been trying to get a higher price for their item and accidentally exceeded my maximium. Second reason is that I'd already by then agreed to buy my friends vanquish plus an Avante so I was skint!

As it turns out the seller was a very decent chap (cheers Ben!) and after finding that the car just wouldn't sell offered it me less radio gear for  £60 which I accepted and here it is

To be honest both me and the seller were very surprised that this wouldn't fetch more than  £60 but it appears that they were so expensive when new that few people bought them, consequently spares are very difficult to find and very expensive. My thundershots on the other hand sold in vast numbers and are still plentiful.

This is a far superior car than an Avante2001 out of the box for rougher tracks. As standard it uses the old CVA shocks with longer travel than the Avante2001 items. You'll also notice that the rear shocks mount to the lower arms AHEAD of the axle, the Avante2001 mounts them BEHIND. This makes a huge difference to articulation and the suppleness of the suspension. The Vanquish has lovely long travel compared to the Avante and much softer all round which rides well over rough surfaces. The Avante2001 also uses a rear stabiliser bar on an already stiff suspension setup which limits use to hard flat surfaces. The tyres/wheels are also taller than the stock Avante ones which give the vanquish more ground clearance. This prevents the chassis s*****ing and bouncing off the ground as often as on the Avante2001

The car does have some negative points, the chassis is designed to ONLY accept 7.2v packs and most of my packs are 8.4v so I'll need to fit the carbon hop-up chassis decks. The car is still only really suitable for flat surfaces and is no match for a thundershot on really rough ground. The steering suffers like the Avante2001 from being too quick and having oversteer, although surprisingly not as bad as the Avante2001. The battery box lid is also a complete pig to remove and replace when covered in dirt, the two locating pins jam. You also have to thread the battery cable up thru a hole in the chassis which is partially obscured by the ESC which has nowhere else to go.

This car is in great condition, no damage to chassis or suspension. The shell needs a repaint and it needs a new wing as that has a little tear. A very good car though for  £60, I'm very happy.

UPDATE: After running and maintaining this car quite a bit I decided I prefer the Avante2001 because the open carbon decks of the AV2001 allow more room for electronics, easier removal of motor and easy fitting of an 8.4v pack. The vanquish is still not as capable on rough ground as the Manta Ray/Thundershots and on smooth dirt I enoy the Avante2001 more. I also prefer the looks of the AV2001 over the vanquish. 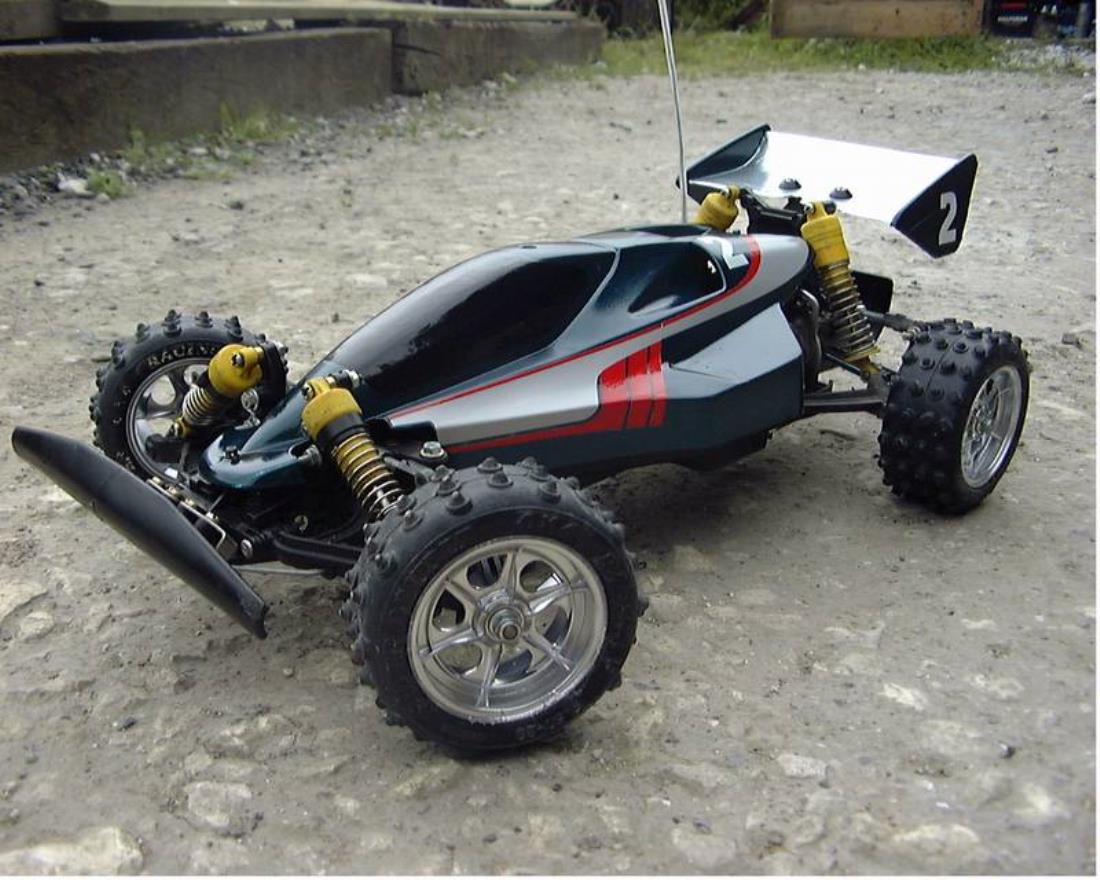 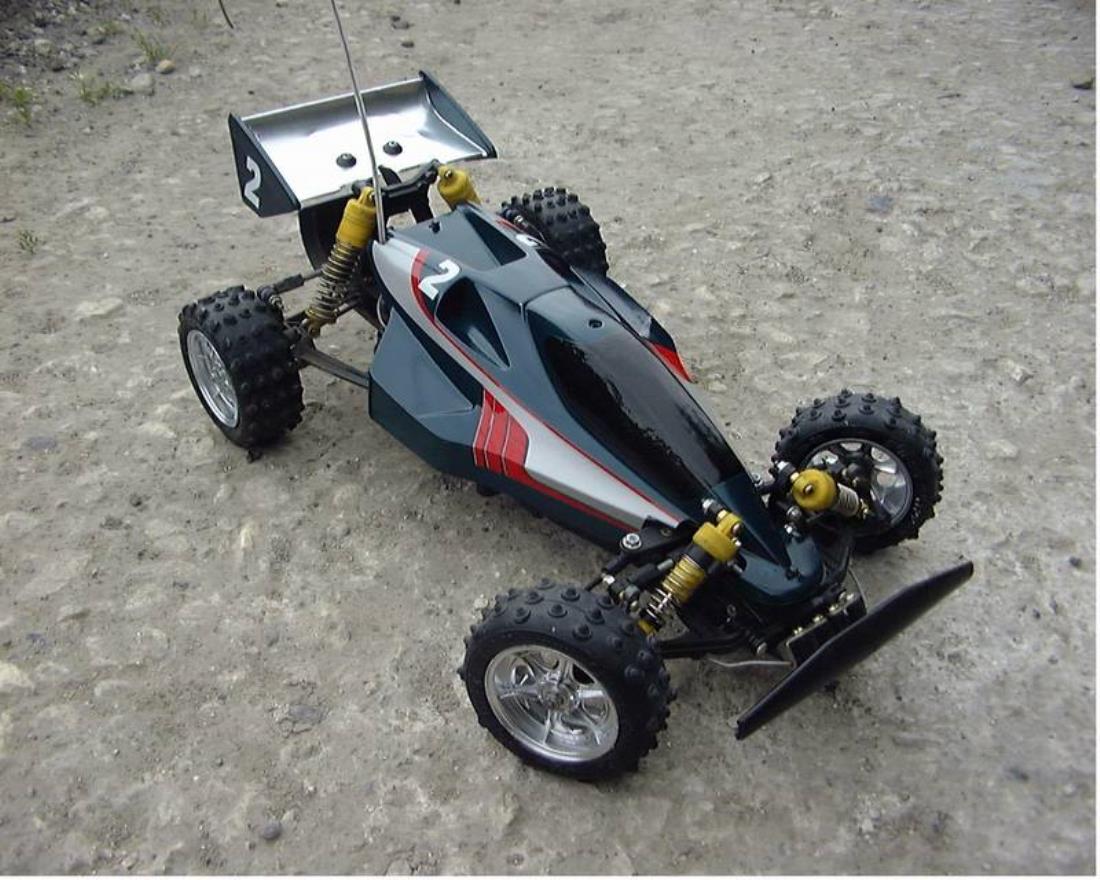 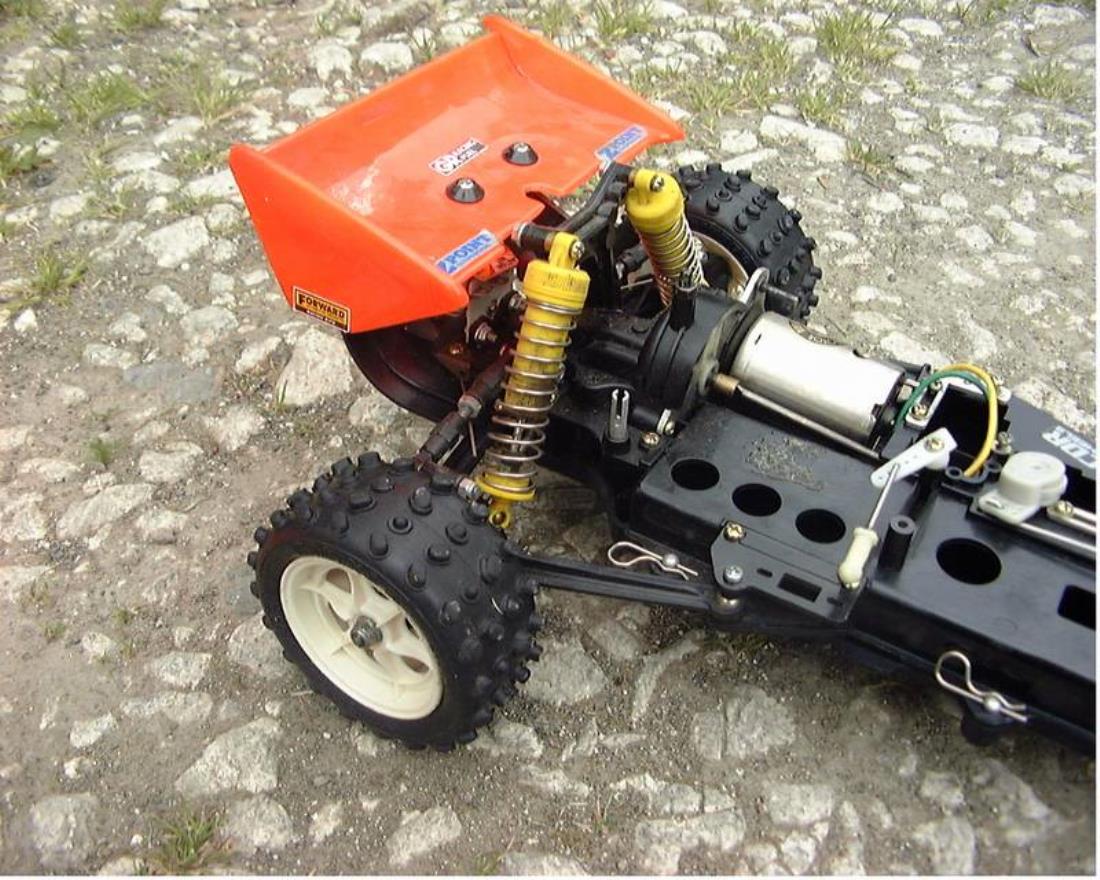 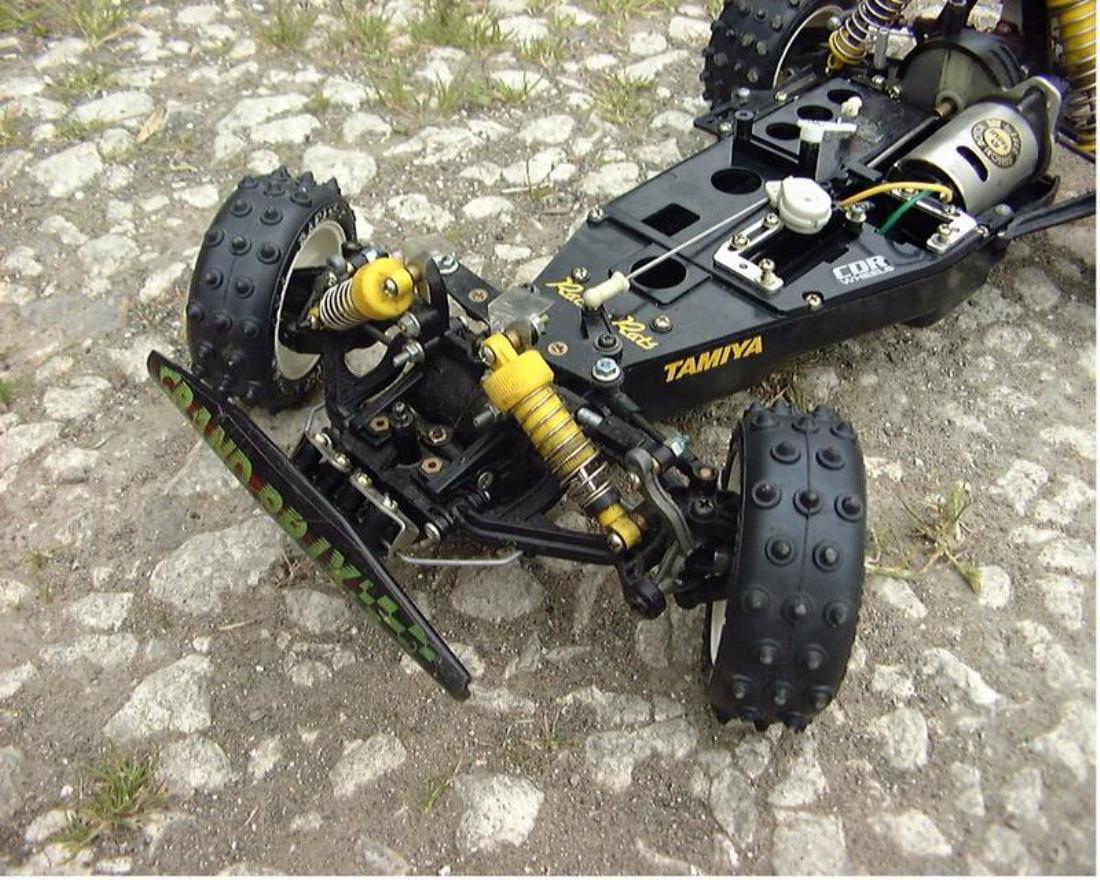